We had the good fortune of connecting with Kyser Sanchez and we’ve shared our conversation below.

Hi Kyser, the decisions we make often shape our story in profound ways. What was one of the most difficult decisions you’ve had to make?
Life is hard, very hard. I had a choice in 2016 to either move to LA & pursue my dream of being a filmmaker: and going to film school! I was stuck between two choices, I could go right now (2016) or wait another year to decide what I wanted to do with my life. It was very tough because I only visited California two or three times before. I’m from a small town in Iowa where the craziest thing to happen is a cow crossing the streets. In all seriousness, I took a risk and decided to go with my gut and chase my dreams & man, was I making the right decision? The answer is yes. When in doubt, go with your gut because if I would’ve waited one more year to go to school, who knows what would have gotten in my way! I had to leave my family & friends which was the hardest part of my dreams coming true. I moved to LA when I was 19 fresh out of High School & nothing would stand in my way! I made my dreams a reality when I made my first official short film, “Moving Day” in 2019 when I graduated with my Bachelor’s degree in Writing/Directing. It was a $1,500 budget & it was all funded by myself and my friends. It was the greatest experience to this day I have ever had with my friends. I gained friendships over the years & I’m so thankful I went with my gut. 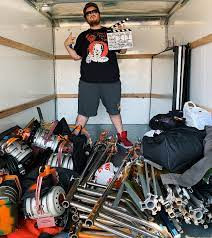 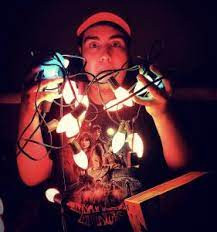 Can you open up a bit about your work and career? We’re big fans and we’d love for our community to learn more about your work.
As long ago as I can remember, I’ve been surrounded by movies. I’ve gained a love for film and the industry but most importantly; the artists. Without the Artist, there is no Art. I started my filmmaking journey way back to when I would go to my local movie theater in Mason City, IA I would go to at least 2-3 movies a week and would even watch the same movie twice. Why you ask? I believe you can learn something new every time you watch a movie let alone the same movie more than once. You might notice new things you didn’t notice before, or you might understand something within the story you hadn’t beforehand. I just love studying my favorite movies and learning how exactly they filmed my favorites scenes. REWIND to 2014 and I landed a job at my local video rental store. That was honestly a dream come true for me. I know it doesn’t sound like much; but to me it was a dream come true. Another dream I had was to work at my local movie theater which I did from 2014-2016, and once again; my dream was fulfilled. I feel lucky to have these opportunities where I can be myself and not feel judged by others just because of what I like. CUT TO 2016 and I’m on a plane to Los Angeles, CA to get my bachelor’s degree in directing/screenwriting at The Los Angeles Film School.
I’m really grateful that I had the chance to live in California for those years because as a small-town Iowa boy, you think the world is so small but then you go to a place like Hollywood and you really see what the world is like. I’m so lucky to have met all of my classmates and gain the friendships that I still have to this day. Towards the end of my school year, I filmed my first short film and that was one of the best times I’ve had in my life. To be with all my friends and to actually be making films and working with each other to make this work of art; is just incredible. It’s 100% a team effort. Making a short film was another dream I’ve always had and to be able to raise $2,000 on GoFundMe and actually make my vision come to life, is a blessing a blessing I will always cherish. I’m actually finishing up the final touches on my film; MOVING DAY which will be released on OCTOBER 31st, 2020! You guys are actually the first people I’ve told so that’s pretty dope. I can’t wait to share my story; I’ve loved horror since I could remember. James Wan is my Spielberg.
Since corona happened; I’ve moved back to my hometown in Iowa with my girlfriend. It’s definitely helped me finish working on my film since it’s quieter than LA but I do plan to go back soon! After I finish MOVING DAY, I have a feature film written I want to do! It’s CLERKS at a MOVIE THEATER. 😂 My girlfriend is also in the film industry, she’s an editor and actually has been helping me with my film. She went to a different film school than me but we met online and since then, I’ve been in love with her everyday. I hope to continue making short films; especially horror and hopefully putting it into some festivals!

Let’s say your best friend was visiting the area and you wanted to show them the best time ever. Where would you take them? Give us a little itinerary – say it was a week long trip, where would you eat, drink, visit, hang out, etc.
NEW BEVERLY CINEMA! My favorite place in L.A. was Quentin Tarantino’s movie theater: THE NEW BEVERLY CINEMA! It had the “old school” theater vibes & every weekend they would show a midnight showing of different Tarantino movies! I also LO(VE the amazing iconic TCL CHINESE THEATER!! BEST IMAX SCREEN IN THE WORLD! 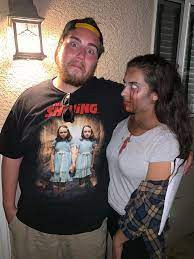 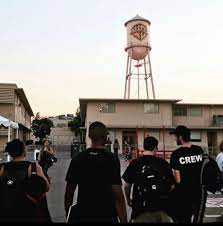 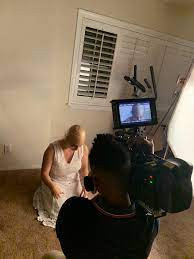 The Shoutout series is all about recognizing that our success and where we are in life is at least somewhat thanks to the efforts, support, mentorship, love and encouragement of others. So is there someone that you want to dedicate your shoutout to?
MY FAMILY IN L.A.: JALEN, OMAR, PAUL, BRIA, & FRANZ. YOU GUYS MADE EVERYDAY SPECIAL & MADE ME A BETTER FILMMAKER. I’D DIE FOR YOU GUYS!!