We had the good fortune of connecting with Laura Rivas and we’ve shared our conversation below.

Hi Laura, how do you think about risk?
The reason my family lives in the U.S. is the direct result of a risk. My father came to purchase Pontiac Firebird and fell in love with the land of the free. What followed was a journey that was propelled ‘sin miedo’ (without fear), as he likes to say. We were raised to make life changing decisions to change our opportunities and outlook. The first, was studying abroad in Aix-Provence, France for a year that expanded my culture and worldview. The second, was investing six months of my own savings to, write, direct and executive produce Tiny Laughs, a digital series based on mine and co-creator Rukshan Thenuwara’s life in “The Biz.” It was recently acquired by Revry TV, touted as the Netflix of queer entertainment, landing in their Top Ten Shows list for 2020. Taking a chance on myself gave me the opportunity to pursue my ambitions. This has opened many doors so often closed to people of color. 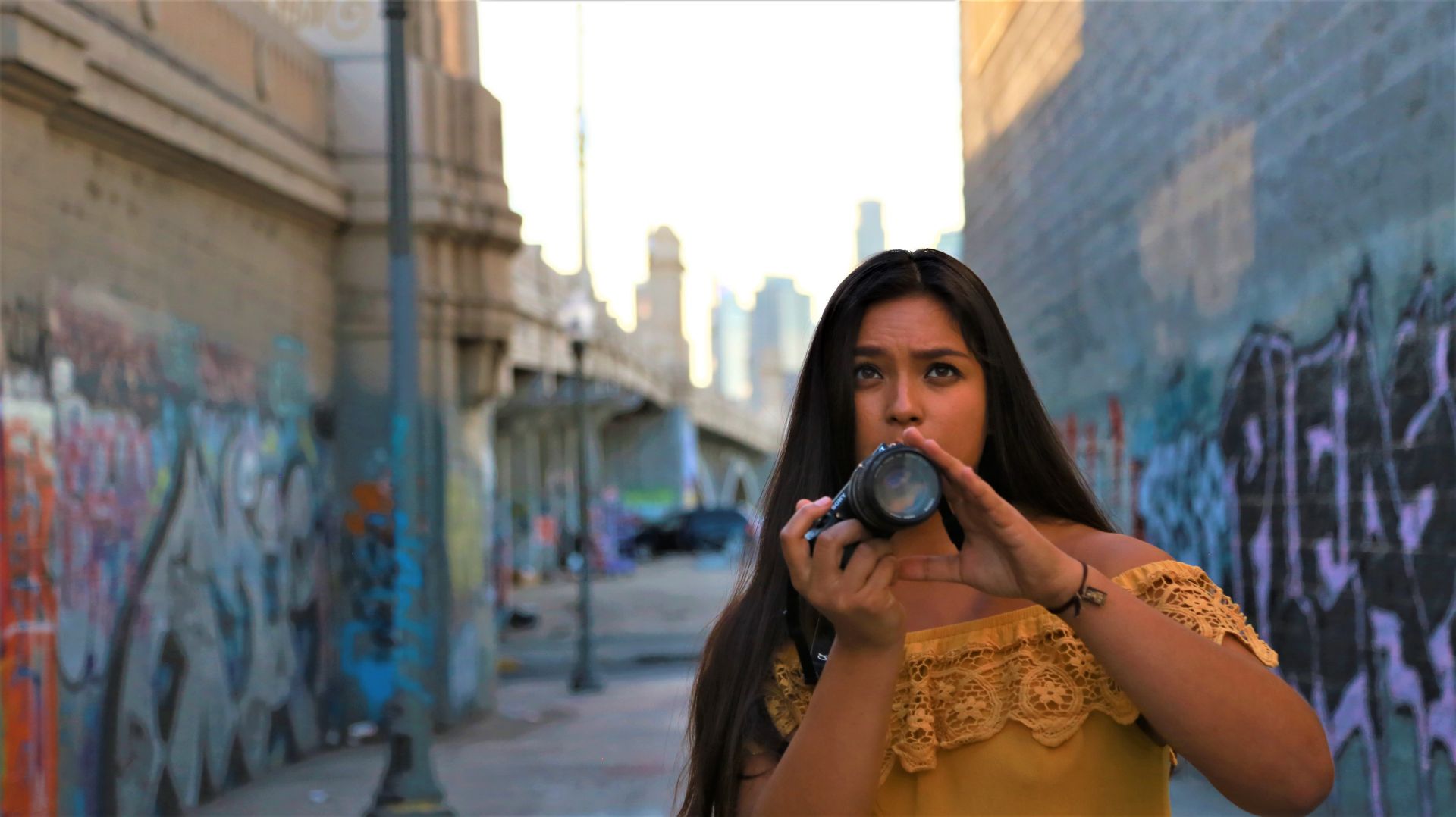 Let’s talk shop? Tell us more about your career, what can you share with our community?
I challenge myself through my art to create empowering stories that reflect positively on my culture and upbringing as a first-generation Latina woman. I want young girls of color to envision themselves living their best life in my protagonists. I create uplifting stories that center themselves around the adventure of self-discovery.
My family immigrated from Tequila, Mexico and settled down in the backhouse of a Mexican Santeria worshippers in Los Angeles. I began writing and directing little shows for herself using the two scarlet macaws, five Chihuahuas, four chickens and feral cat that lived in the yard as inspiration. This set me on my journey to become a storyteller and I studied Cinema and Television Arts at Cal State University, Northridge with a double major in French. I received a scholarship to study abroad in France and it was the first time I saw immigrant female filmmakers being embraced in film and television.

After graduating, I had various unpaid internships in development and production. NBC called and offered me a coveted six-month internship. There, I wrangled talent for shows like The Voice and American Ninja Warrior and produced media tours for the network. My time there was capped by producing the 100th Episode EPK for my favorite show, Parks and Rec. This led to an offer from Warner Bros. Television where I quickly rose to become an Associate Producer, writing copy and producing spots for sitcoms like 2 Broke Girls and The Middle.

I met Rukshan while working on a Halloween promo for The Big Bang Theory and we instantly bonded over being the children of immigrants. We made each other tear up with laughter when comparing stories about constantly bridging two worlds. It was at this “aha!” moment that we decided to write about our experiences in the business and our immigrant upbringing. I invested six months of my own savings to produce Tiny Laughs. After three years of hard work we signed a licensing deal with RevryTV. Persistence, perseverance, and a great network of friends is what it took to make my storytelling dreams a reality. Along the way, I learned to always believe in myself and create my own opportunities.

Any places to eat or things to do that you can share with our readers? If they have a friend visiting town, what are some spots they could take them to?
First, we go to El Cielito Cafe in South Gate for breakfast for a great Cafe De Olla and chocolate croissant then we head to downtown LA to get the best shopping deals at the Santee Alleys. We make our way to little Toyko to grab sushi at Tenno Sushi. We talk toward the art district and play some retro pinball machines and classic Mortal Kombat arcarde games. In the evening bring some Cuban Sandwiches and deserts from Porto’s Bakery to Matador beach in Malibu to enjoy a nice sunset.

Shoutout is all about shouting out others who you feel deserve additional recognition and exposure. Who would you like to shoutout?
I want to thank my mom, my sister and my dad because without their love, guidance, and support none of this would be possible. I also want to thank all the amazing teachers out there encouraging their students to pursue their passions in life. Lastly, I want to thank my creative partner Rukshan Thenuwara for always driving my creatively as a storyteller to the next level.