We had the good fortune of connecting with Lauren Hampton and we’ve shared our conversation below.

Hi Lauren, maybe we can start at the very start – the idea – how did you come up with the idea for your business?
I’ve closely studied the GREATS with a creative eye and now I’m ready to become one of the GREATEST OF ALL TIME…. One year ago on August 20,2019, I blindly birthed my company when approached to be featured in Voyage LA mag. I thought how should I brand myself, what should I call it , and what’s the best way to represent the work that I’ve been producing. I posted the article along with the caption “ I hope my journey can inspire someone today!… Also, “Hollywood Hampton Productions” has a nice ring to it doesn’t it!? … #comingsoon” I’m a Television Producer who curates content & strategy and I felt that I really wanted my work to speak for itself and on its own and receive the recognition it truly deserves. 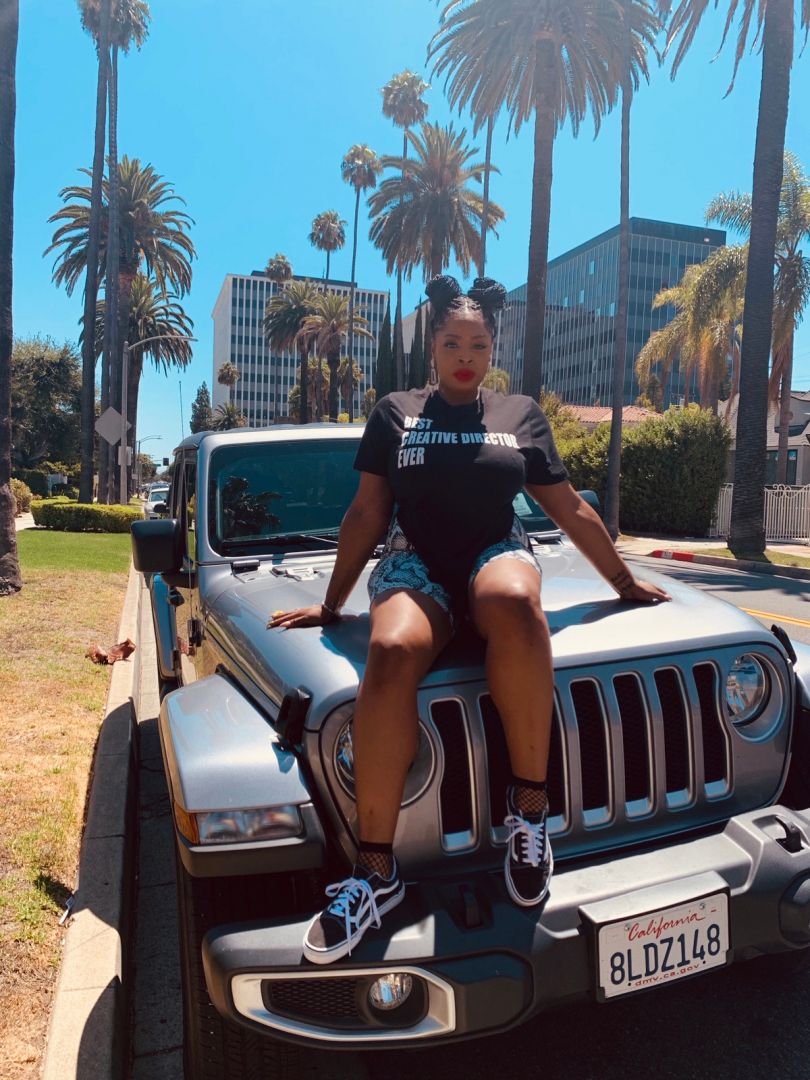 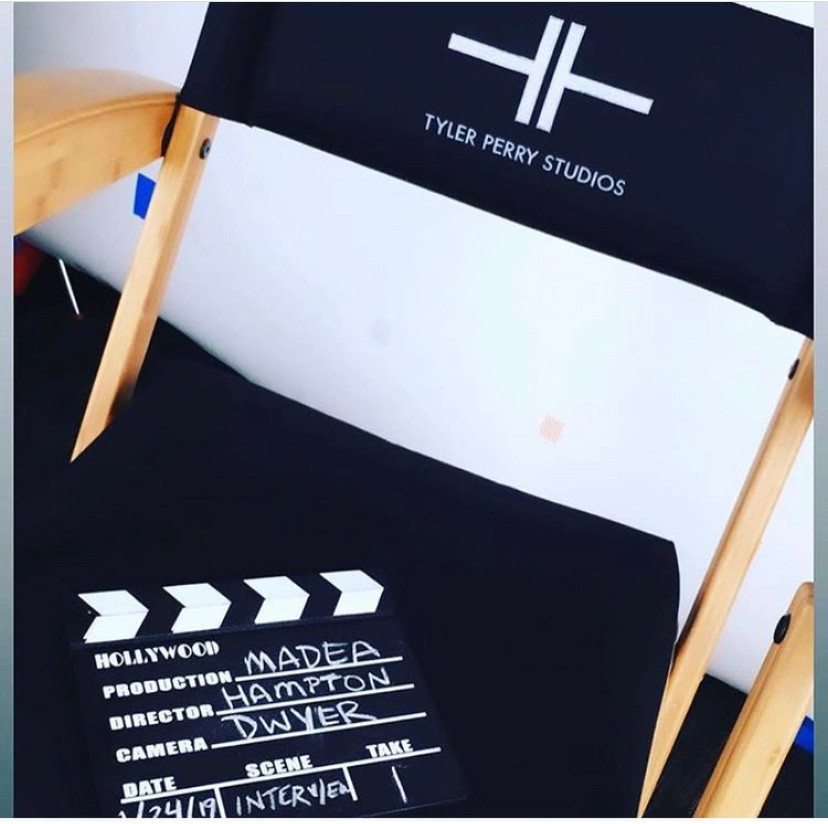 Let’s talk shop? Tell us more about your career, what can you share with our community?
Lauren Hampton, affectionately known on set as “Hollywood Hampton” is a highly-skilled, ambitious and talented, Executive Producer / Show Runner who is well-versed in content development for both digital streaming platforms and “Big Shiny Floor Shows” which is the best way to humbly articulate her credentials, reputation, and experience. Lauren is known for producing colorful thought-provoking content on both digital and TV platforms, and her ability to create “on the fly” has no limits. Clients and executives often rave about Lauren’s ability to adapt to the voice required for each project and capture their message so intricately and precisely. Lauren is an active member of the Television Academy and Producers Guild of America and brings the energy and commitment to excellence necessary to thrive in the entertainment industry. Lauren continues to tell bold stories through the lens of enriched culture and class. What sets me apart from others is my ability to adapt and relate to almost any topic. I make sure that I’m well-versed and abreast of trends to stay ahead of the creative curve. It hasn’t always been easy. I believe that everything you do comes with a challenge, that to me is the beauty of it all. I’ve had to face many roadblocks and I’ve been told NO more than once but I’ve learned that you must have INTEGRITY! If you didn’t know, the world of production is extremely fickle. I’m considered a freelance producer which affords me the opportunity to sign on to several projects at a time. Sometimes it could be a contracted gig where I’ll be on a project for six months and sometimes a project could be for two days. I’ve been blessed to work year-round and no day is ever the same. I don’t like to dwell on the negative or go into much detail about some of the dark experiences that I’ve endured while on set, but I’m always grateful for the lessons that have encouraged me to keep going and my faith grows stronger with each experience. 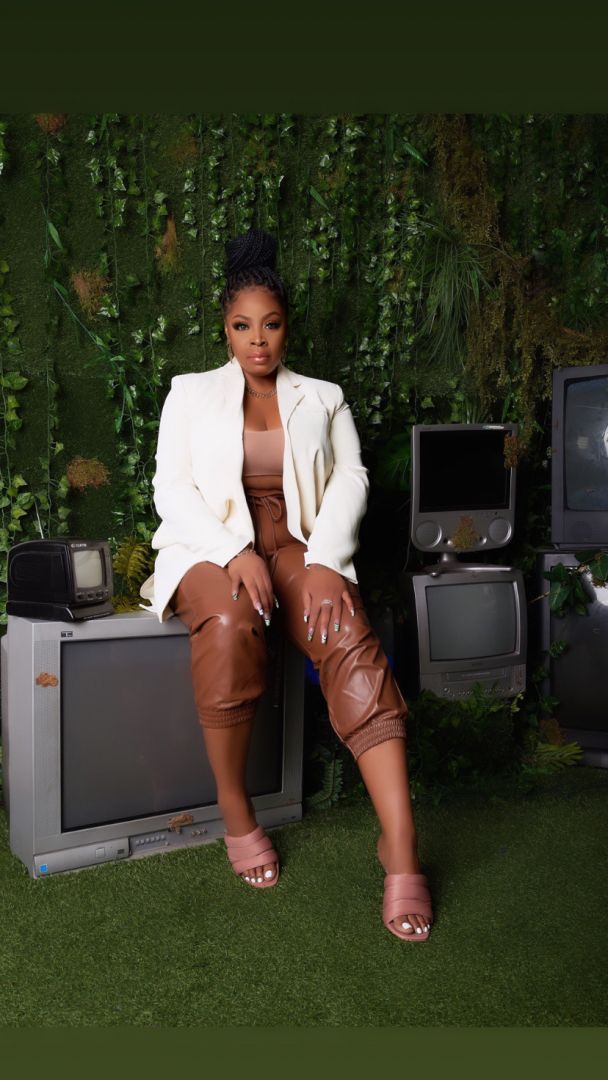 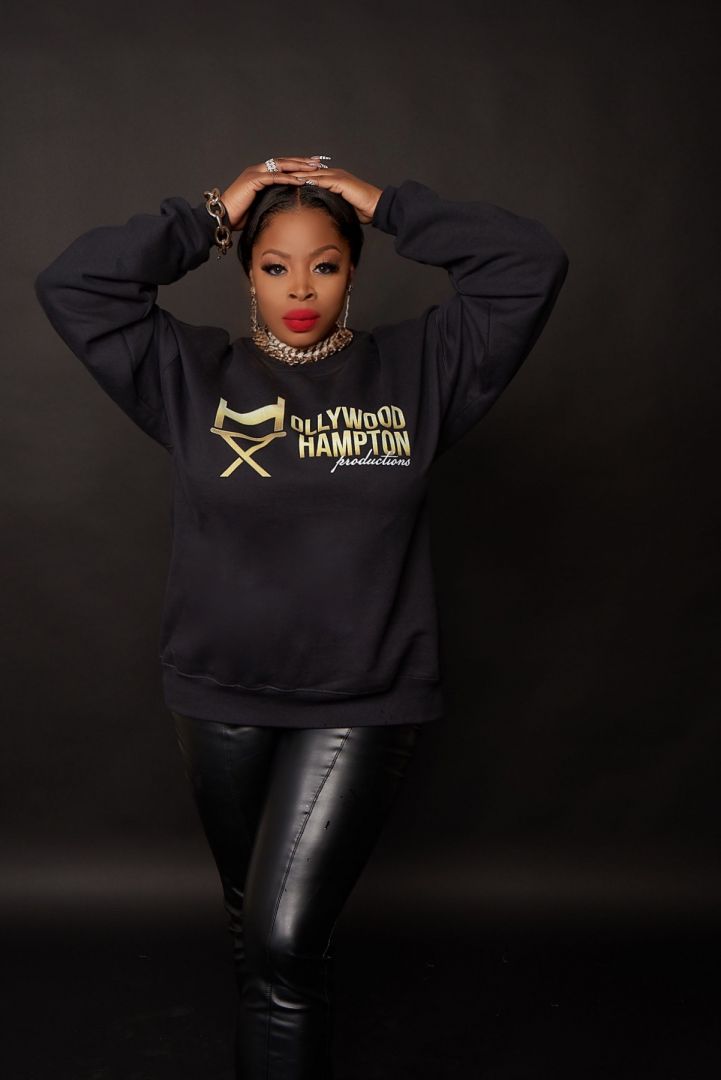 If you had a friend visiting you, what are some of the local spots you’d want to take them around to?
For the best boozy brunch I’m at “Met Her At A Bar” the food is amazing! I love a rooftop vibe, so for lunch and even better at a sunset dinner, you can find me at Castaway Burbank it’s everything and more! & If you want an instagram-able outing head to dine at Gucci Osteria in Beverly Hills! As for activities, The Temecula Wine Tour experience paired with a bed and breakfast stay is whole “sex & the country” vibe! but what’s a Cali itinerary without some fun in the sun, The best beach is El Matador Beach in Malibu… those caves are magical! The Spare room for bowling ! Sunset Ranch – The best transportation to view the Hollywood Sign is on a horse back riding tour! Lock & KEY for a Sunday day party ! Lastly, the foodie in me wouldn’t leave without recommending you to Mr. Fries Man,.. I won’t even spoil that experience for you! all you need is 2 people and 2 forks to share! Thank me later ! 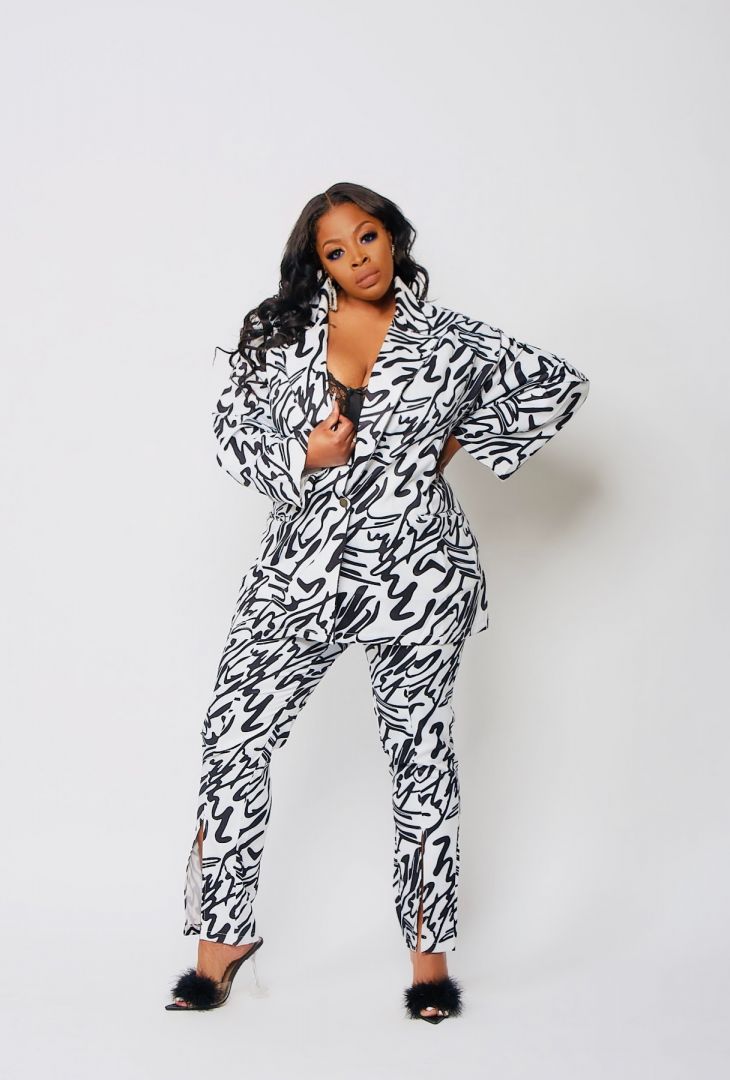 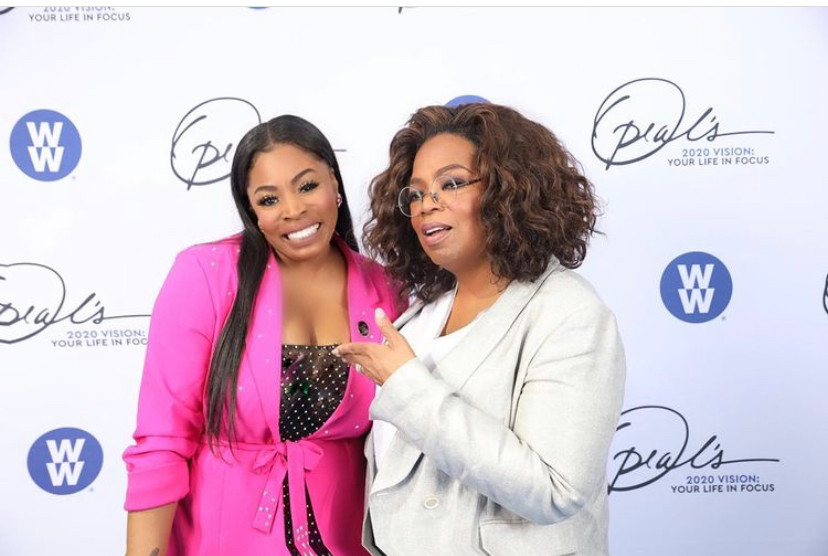 The Shoutout series is all about recognizing that our success and where we are in life is at least somewhat thanks to the efforts, support, mentorship, love and encouragement of others. So is there someone that you want to dedicate your shoutout to?
When I graduated from Clark Atlanta University in 2012, with my degree in Speech Communications, I was determined to land a career my field and gave myself no longer than a year to do so. After graduation I was still working retail at The Coach store at Phipps Plaza, a very high-end mall in Atlanta, however I had no intention on making that a permanent career path. My dream was to move to California post-college to ultimately work in television production to one day become a producer and eventually a mogul like Oprah Winfrey (my idol). A classmate of mine by the name of Aisha “Pinky” Cole, owner of the hit vegan restaurant, Slutty Vegan, put me in contact with an Executive Producer of a talk show that was looking for recommendations for someone who was interested in relocating to California to produce a pilot for the show called “The Test”. The Executive Producer contacted me while I was working my shift at The Coach store. I ended up taking a skype interview in the stock room of the store and within a week I was quitting my retail job, booked my one way flight and moving to California with $500, talk about determined. The show “The Test” was Executively produced by Dr. Phil’s son and was filmed at Paramount Studios. I was so excited that my dreams were starting to come true. But it didn’t stop there. The show “The Test” was only a 4-month gig but that didn’t frighten me one bit, even though it was only four months I knew I had to work my way up if I wanted to stay longer than the allotted four months. Within two months of working I was asked to interview for an open position at the Dr. Phil Show, I landed a job within a job and was a hired as a Researcher. Within three months, I was promoted to Associate Producer. Since then, my career has skyrocketed far beyond my wildest dreams. 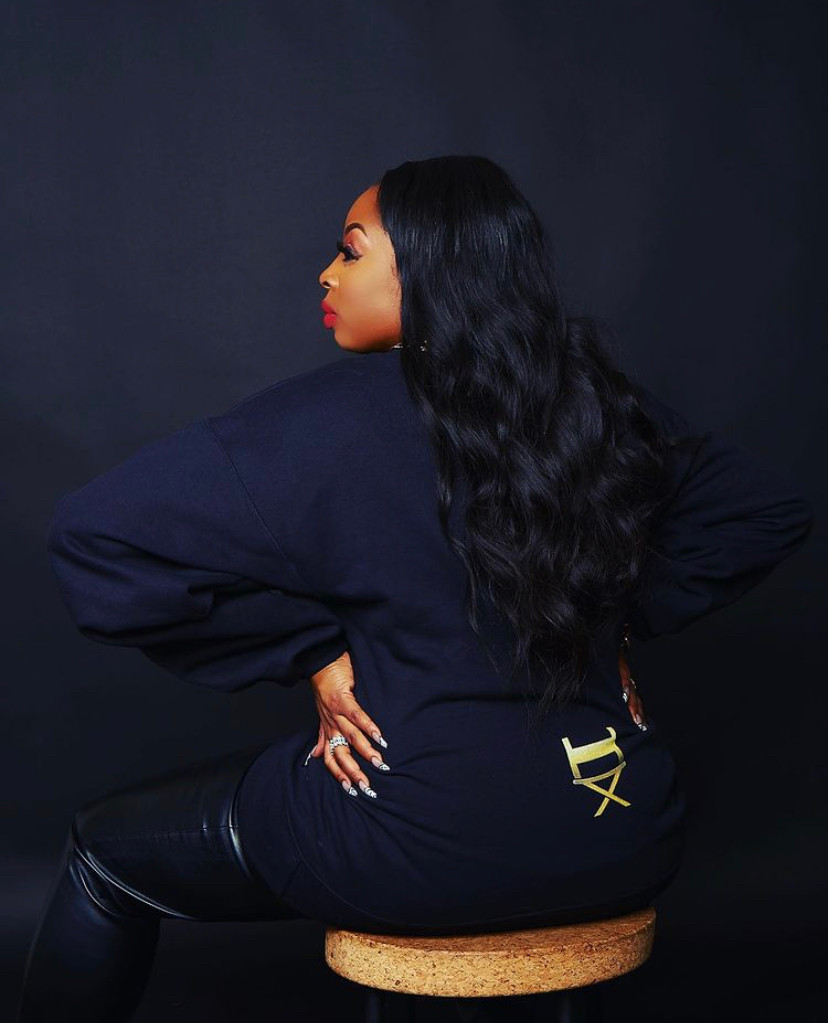