We had the good fortune of connecting with Lauren Richards and we’ve shared our conversation below.

Hi Lauren, career-wise, where do you want to be in the end?
As a creative person I have always found so much joy in seeing the visions I see in my mind when I’m listening to music come to life. Now as my Music video production business is beginning to grow and develop I absolutely see myself expanding the company to work with both well known artists as well as independent aspiring artists that want the perfect visual representation of their music. And eventually I’d like a large team of creatives that share my passions and work ethic so our company will be well sought out after and I can retire knowing that the company is in good hands. 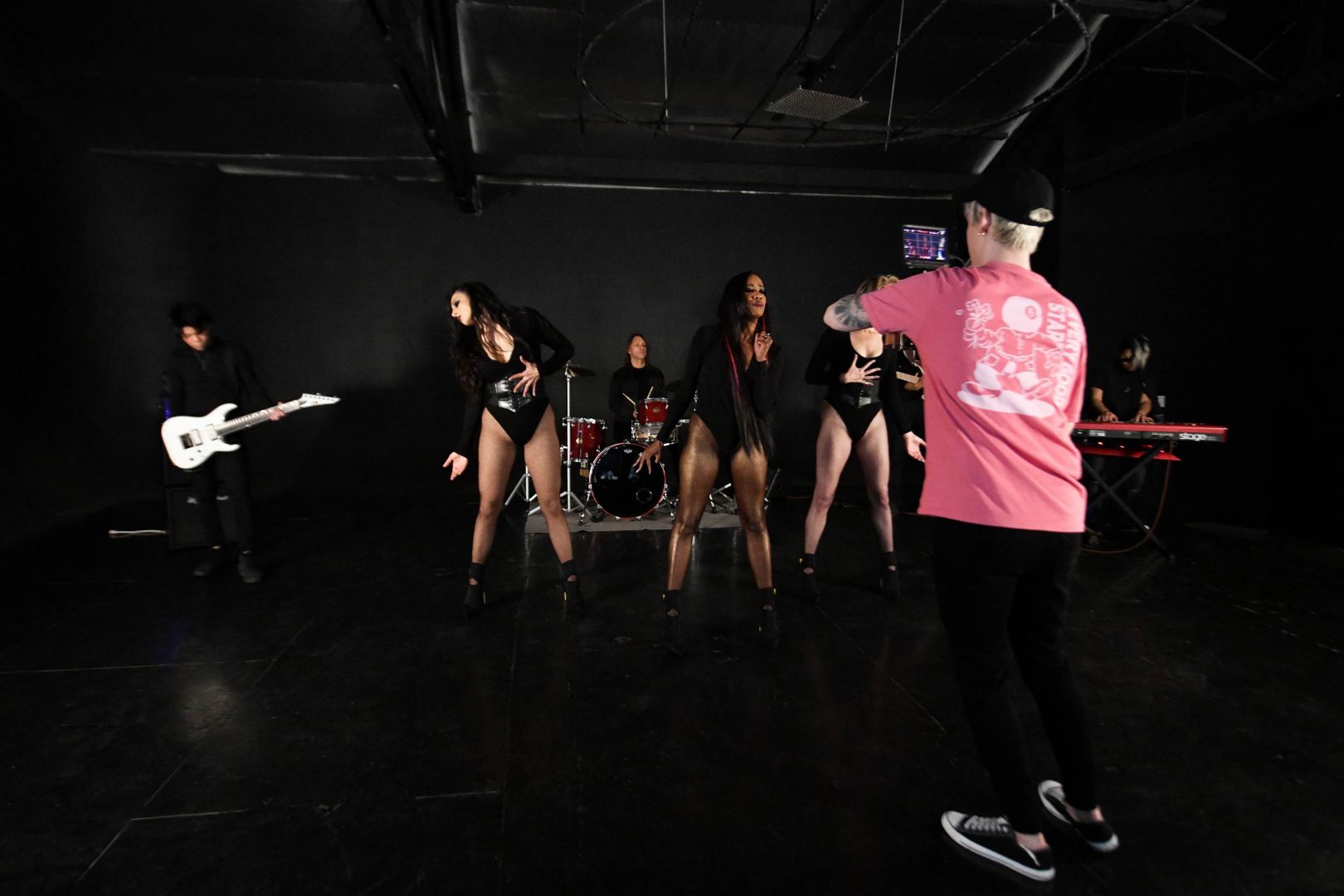 Can you open up a bit about your work and career? We’re big fans and we’d love for our community to learn more about your work.
Ooof, I’ve had quite the journey! After I graduated university I decided that I wanted to travel the world. I came upon cruise ships as a viable way to get paid and travel simultaneously and after two years of auditions, classes, training sessions and many failed attempts, I was hired by Carnival Cruise Line as a main stage production singer. As I reveled in this dream job I found myself with plenty of time to work on other projects and began working with talented friends on my own production style show (a Michael Jackson tribute) that I would eventually pitch to the creative department at CCL. They gave me a job as a creative Project Manager for a brand new show that was going fleet wide (over 20 ships at the time). That is where I got a taste of being behind the scenes and making creative visions come to life. In 2018 I decided that my time on ships was done and I wanted to move back to LA. I worked odd jobs in and out of the entertainment industry including music video casting where I got to see what it was like to work on major music video production sets. Eventually I was hired by a rock band to sing and dance and also became their creative consultant for the band’s music videos. What makes me very unique as a producer is that I am fully hands on regardless of the artist’s budget. I firmly believe that every artist deserves to have stunning visual representations of their music that tells their unique story. I love to make that happen for them!

If you had a friend visiting you, what are some of the local spots you’d want to take them around to?
Oooh! Well there is so much to do in LA. I personally am I huge fan of the rooftop bar! So I would take them to Harriet’s at One Hotel on the Sunset strip, Spire 73 in downtown and Mama Shelter in Hollywood. The Griffith Observatory is so iconic and a must see for visitors as well as the Santa Monica Pier!

The Shoutout series is all about recognizing that our success and where we are in life is at least somewhat thanks to the efforts, support, mentorship, love and encouragement of others. So is there someone that you want to dedicate your shoutout to?
Yes! I owe my career to Jonathan Tessero! He is a dear friend and ALWAYS on the look out for new opportunities for me! He’s incredible! And of course my family, who always has my back through thick and thin