We had the good fortune of connecting with Laurine Lambert and we’ve shared our conversation below.

Hi Laurine, why did you pursue a creative career?
I always knew that I wanted to study film and later work in the entertainment industry. I decided to pack my bags when I turned 18, and to study Film Production at Santa Barbara City College. I had never even been to California before, so it was a sudden move to a strange place. It was a valuable experience being an international student. It has taught me to be persevere, independent and not give up on my dreams. Santa Barbara was only an hour and a half away from LA, so there was also a lot happening there regarding film. I studied full time and also managed to do some theatre work to gain more experience. I worked at the Santa Barbara Bowl during my free days (one of the main reasons to see Depeche Mode). I also worked at the Santa Barbara International Film Festival as a production assistant and met a lot of filmmakers. Through my experience with SBIFF, I worked backstage as a PA at European music festivals during my summer breaks. Film school was sometimes tough, because I wasn’t sure whether I would get a full time job after college. In the film program there were mostly male students, and I was one of the few females. How was I ever going to find a job in Hollywood when a large percentage working there is male? The film production program can get very technical, as well as being surrounded by heavy cameras and audio equipment. During the first few weeks I was so scared of failing my practical exams because it was a lot of physical work I hadn’t expected, but somehow 18 year old me with my thin noodle arms managed to pass everything. I finally graduated and moved to Los Angeles. There is something very poetic about the city that always attracted me. I remember arriving at LAX when my uber driver turned out to be a man with big sunglasses, wearing tiny shorts, and pink glitter sandals. I thought to myself this couldn’t be more LA. The large movie billboards you pass by on the highway every day, gives you that extra rush feeling. A week later I was working at film studios I’ve always dreamed of. 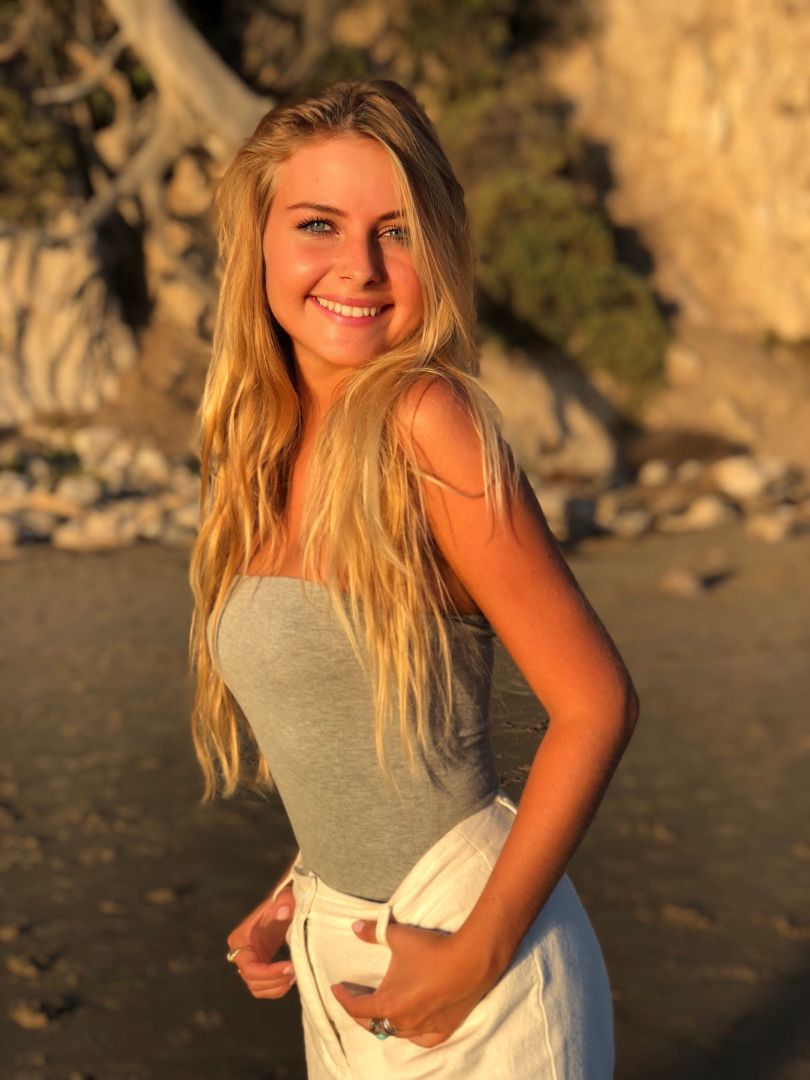 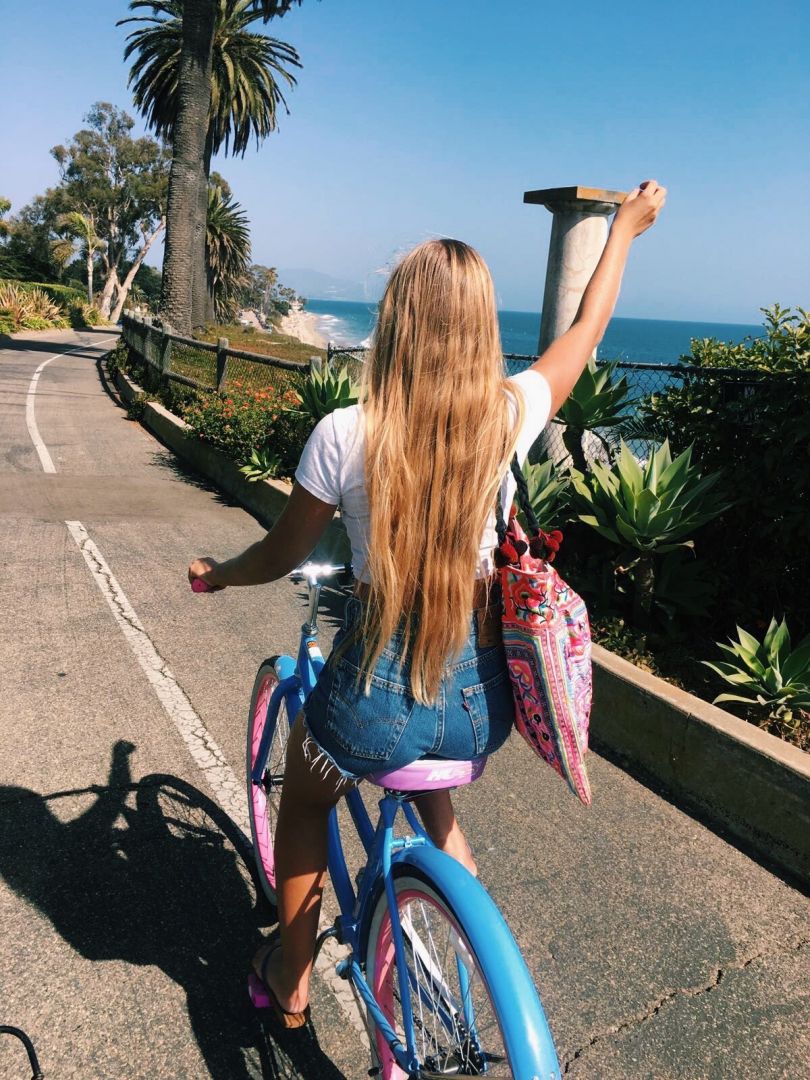 Let’s talk shop? Tell us more about your career, what can you share with our community?
I came to LA to work in film. I was open to any opportunity because my film education was very broad, and I was curious to see what would come on my path. It turned out to be acting which is one of my biggest passions. It was definitely not easy because acting consists of driving around for auditions, waiting and hard work. I’m proud of booking gigs and getting more experience on the way. I love the unexpectedness of the entertainment industry. Being called last minute for auditions, and finding yourself inside a trailer for a fitting/makeup the following day. The surreal experience of being in a Christmas show on a hot summer day in July, being surrounded by fake snow and Christmas trees. Meeting people with different life stories who come from all over the world.

If you had a friend visiting you, what are some of the local spots you’d want to take them around to?
I would catch a sunset on the Santa Monica Pier, and let them taste a burger from Inn N Out. Let them feel the classic basic LA life you would usually see on your instagram feed, and experience the typical pink Californian sunset for real. Drive around Malibu and explore their beaches. Show them a lot of free museums like the Getty Villa with the magnificent ocean views from Malibu, or downtown museums The Broad & the Walt Disney concert hall. I would show them around Downtown LA, a vibe with New York buildings but surrounded with palm trees. Catch the Angels Flight trolley and end up at The Last Bookstore. Cruisin down the palm trees in Beverly Hills and ending up at Urth Cafe with, in my opinion, the best food (and cake!) I would go out at night to Santa Monica’s: The Bungalow or visit The Victorian on Main St, or go out at a rooftop like Mama’s Shelter in Hollywood and see the sparkling lights of the hills. For a weekend getaway I would show them around Santa Barbara or a road trip to Laguna Beach. There are so many things to see in LA especially during a short week. You can escape to the beach, or hike the Hollywood hills, or visit Big Bear Lake only an hour away and experience the snow. 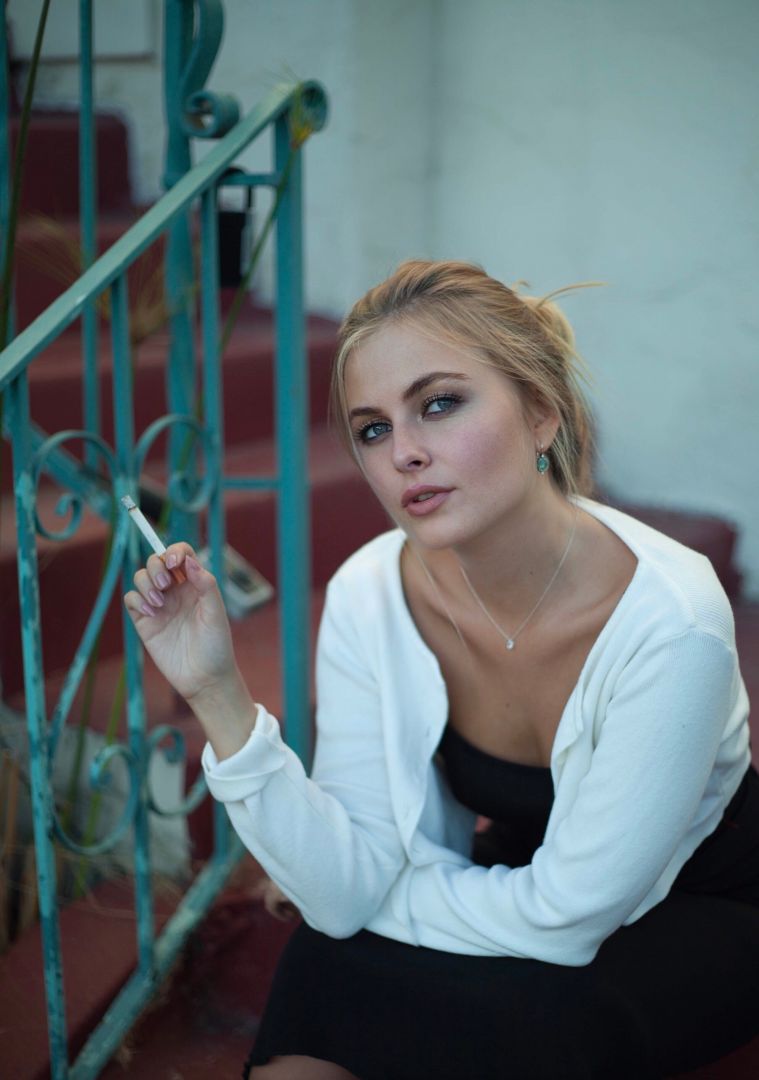 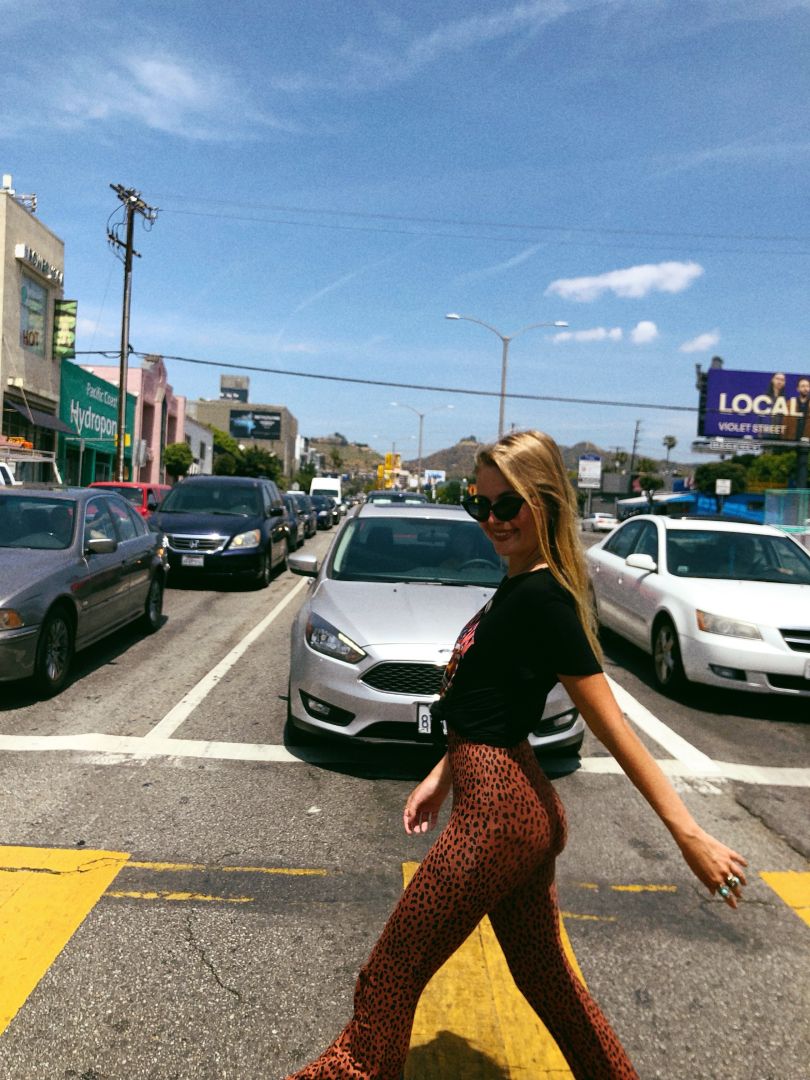 Shoutout is all about shouting out others who you feel deserve additional recognition and exposure. Who would you like to shoutout?
Sometimes all it takes is one person who believes in you. In my case it was my mom who helped me take the first steps in my adventure, and I would always be thankful for that. She has always supported me even being on the other side of the world, as it is not easy to be alone on a strange continent. The American mindset, which is much more positive and optimistic than the European way of thinking, has also encouraged me to continue and finish my studies and further work.