We had the good fortune of connecting with Lily Swab and we’ve shared our conversation below.

Hi Lily, we’d love to hear about how you approach risk and risk-taking

I’ve found that for me, risk is the job. Through my process I’ve found that showing up, putting in the work, and applying yourself is only counterproductive if done so without an open-minded approach to taking risks.

Im realizing while reading this over that I sound confident in stating this answer but really it’s the opposite. It’s like a muscle I am continuously trying to strengthen. There is an ongoing dialogue that takes place internally for me surrounding this topic because risk-taking plays such a prominent role in what I’m doing. A daunting thought that usually comes with a weird mixture of doubts and discomforts. Initially, the idea can be exciting (often is), but actually executing and taking the risk is a whole other stage of nerve. For me, it’s the different challenges that I’m met with when at this stage. Not only the act of taking the risk, but the emotional gymnastics that take place after it. Getting there is one thing and applying it is another but its maintaining a constant mindset while working that I find most difficult throughout the risk taking process. The voice of “Im not certain about this choice or how it might effect the direction of the piece” and choosing to silence that voice. The inner critic. And embracing that space for me is what makes risks worth it. The moment where I’m reminded of the fact that surrendering can be a really powerful thing.

It has been through my relationship with art that I’ve learned to appreciate the significance behind this approach, but its not something I’ve always practiced. I’m grateful for this shift in perspective. Not only for my work but also for how i wish to move through life—art serving as a reminder. To lean in, surrender and embrace.

If i were to try and describe what my creative process is like, i would begin by saying its never the same. In order for me to have any process—whatever that may look like—i have to whole heartedly surrender to that idea. Take the risk of trusting myself. I also know that in order for me to make any progress, I cant critique. I can challenge myself, ask questions but no idea is a bad idea. Its in this headspace that I begin and from this point on, it is constant risks. Once its on the canvas, its not coming off. So whether or not it “works”, I’ve got to find a way to make it work.—whether that be the way you had hoped it would or not.

Personally, its at this point in the process where i find most of the joy and magic to be. Because its at this point that I am forced to lean in and take a back seat to the other side of risk—throwing away whatever I initially thought was “the way to do it”. Doing this and being surprised by the outcome is the icing on the cake.

When finishing a piece of work, I find joy in stepping back and seeing not only the finished product but also an understanding of the complex combination of risks it embodies. 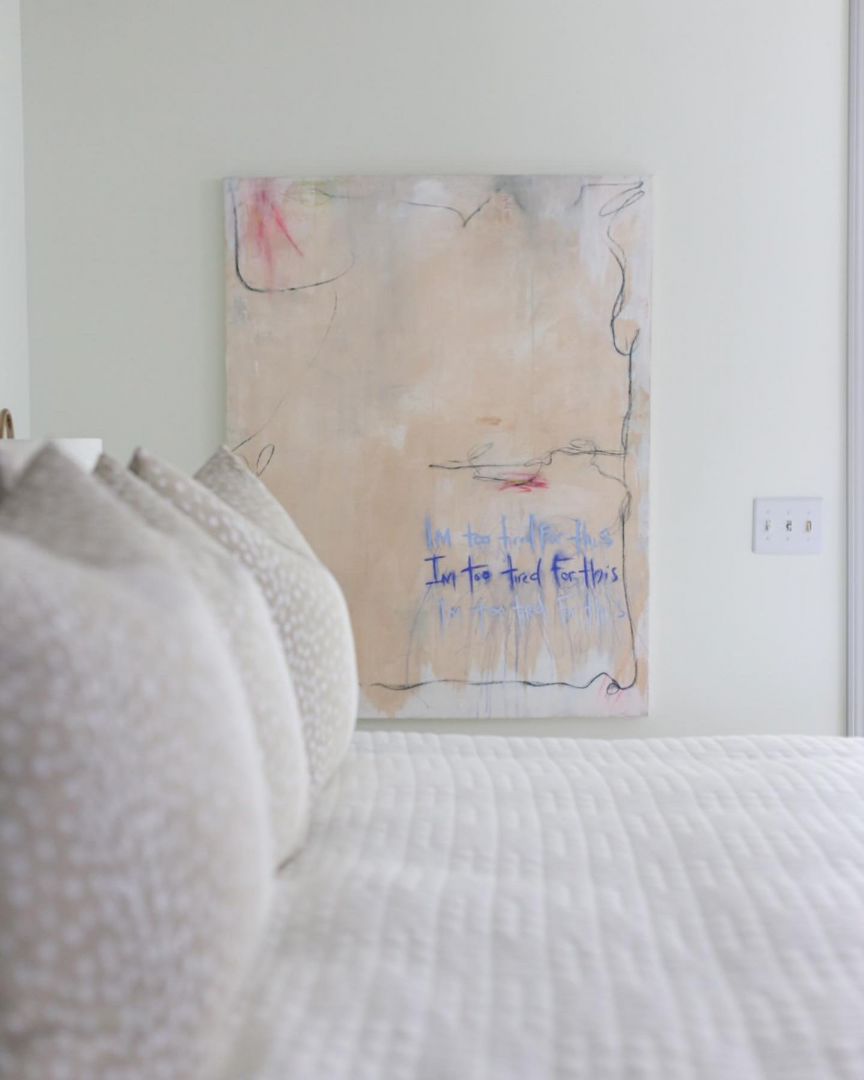 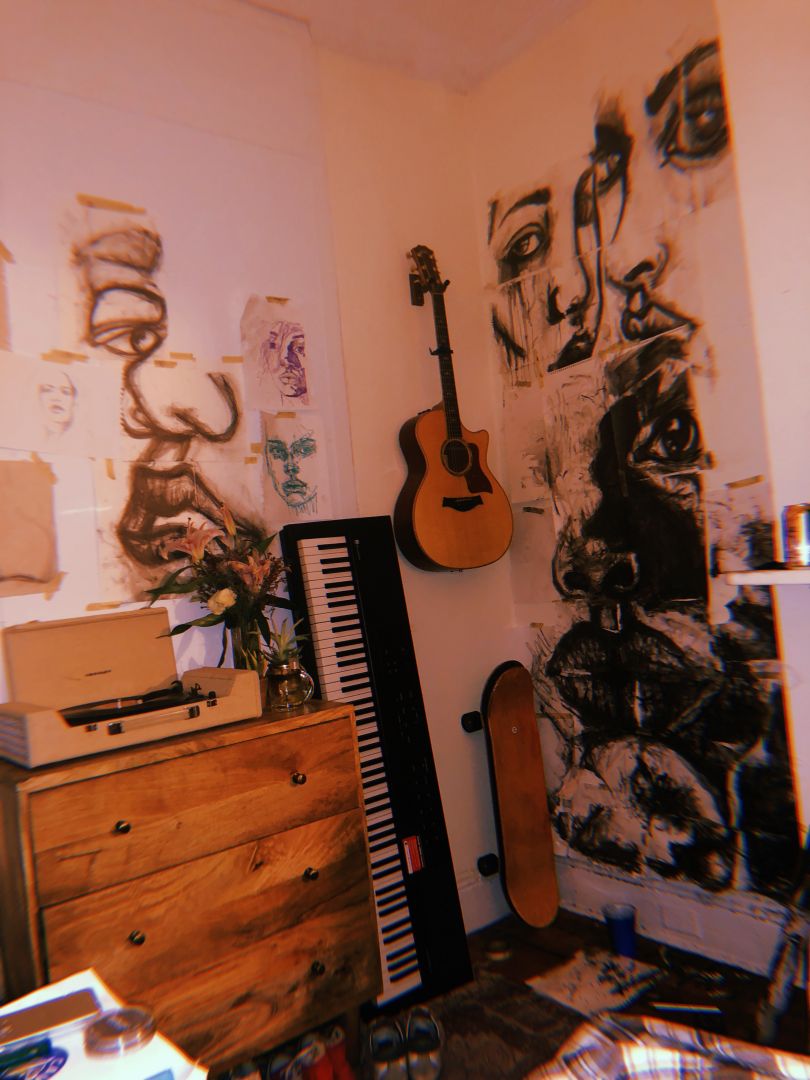 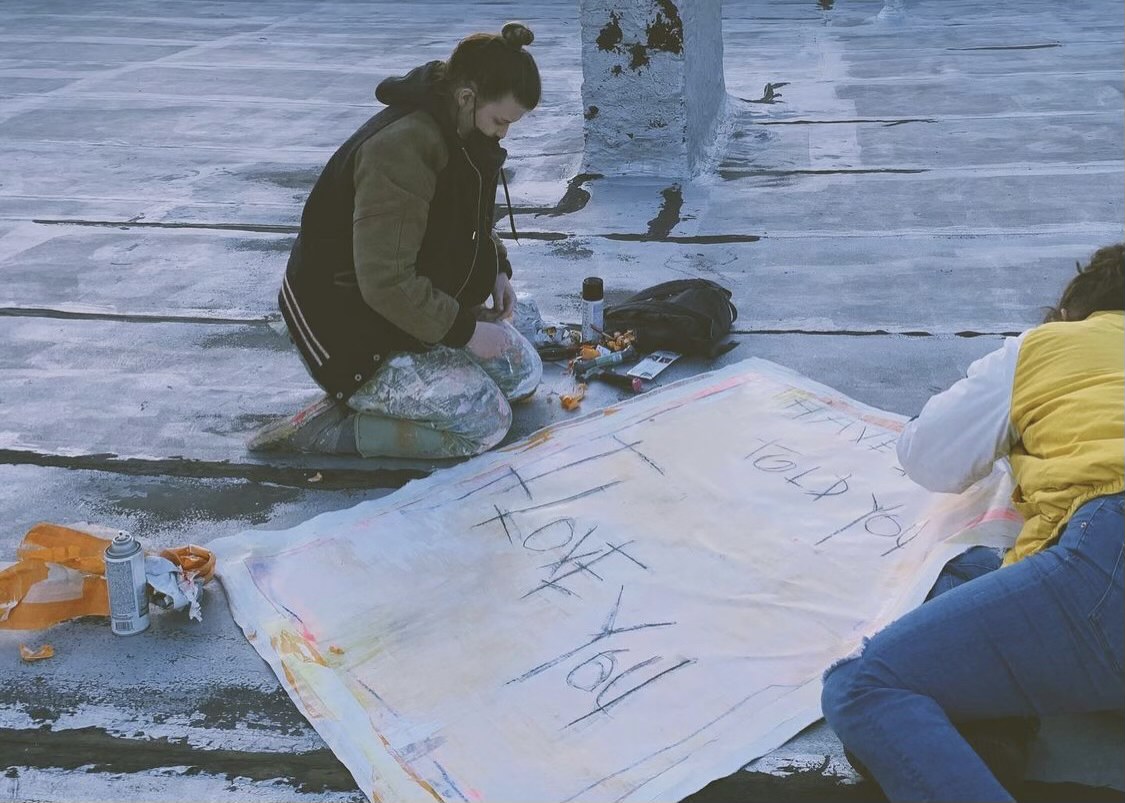 First and foremost, it has been a personal journey before it ever became a career journey.

My artist statement kind of sums it up so ill include it here:

“I found art in a time when I felt like I was drowning. Similarly to when someone from Naked and Afraid finds styrofoam and uses it as a floatation devise to seek refuge, my styrofoam was and continues to be art.

My process is simple – surrendering. Surrendering to the uncontrollable and allowing the subconscious mind to take over. In doing so, the process serves as an escape. Keeping one side of my mind occupied while allowing the other to get lost in buried emotion—grief serving as the catalyst.

Relying heavily on the use of water for an unconventional technique, my work is minimal yet complex in its execution.

Propelled by emotion, each piece reflects an inner dialogue which mirrors that of my own during the time of its creation. My goal as an artist is to take what’s buried within—and often too heavy to confront—and make it into something quite the opposite and less daunting to look at.”

With that being said, while it wasn’t easy getting to the place where i realized that what i wanted to do was pursue art professionally, it came out of me in a way where it felt like it wasn’t even in my control. It was like a shift in myself where i all the sudden became the student instead of the teacher.

When this all began i was working as an Associate Producer for ViacomCBS in their Live Events & Specials department. I had reached my dream job. But when i was met with grief and multiple losses in a very short amount of time, i wasn’t being fulfilled in the way i needed to be. For me, expressing my creativity is therapeutic experience so the fact that I wasn’t having that kind of outlet in a time of what felt like desperation, wasn’t sustainable. I had so much emotion inside, i began drawing on my walls. Literally. I didn’t have the proper supply’s so I took a stack of computer paper and made a large mural covering my door and wall. It was a giant face of someone I couldn’t and still cant identify. It was a random urge to just draw all over my walls. This continued for months. It was a release i found in putting my headphones in and just going. I became obsessed with trying to draw a “good face”. I found myself drawing an eyeball or a pair of lips on the side of my notes during a work meeting, and slowly began trying to draw a fully formed face.

After discovering this i began trying to draw realistic things such as houses and objects. Eventually someone reached out wanting a larger than life sized painting of a caviar can. It was my first real request. I was so pumped. But terrified (risk alert!). Taking this risk in pushing myself to take this request on gave me the confidence to take another step in owning my work as more than just a hobby. The pandemic hit and i was given so much more control of my time. Which allowed me to work on art more. Flash forward a year and I’ve quit my job to do art full time. When looking back on the journey in getting to where i am right now in the moment doesn’t feel scary but looking back its absolutely terrifying. And i think thats because in the moment you usually know whats right. But it doesn’t make it easy. There have been many challenges i have faced but i figure until thats not the case, theres a bigger problem at hand. 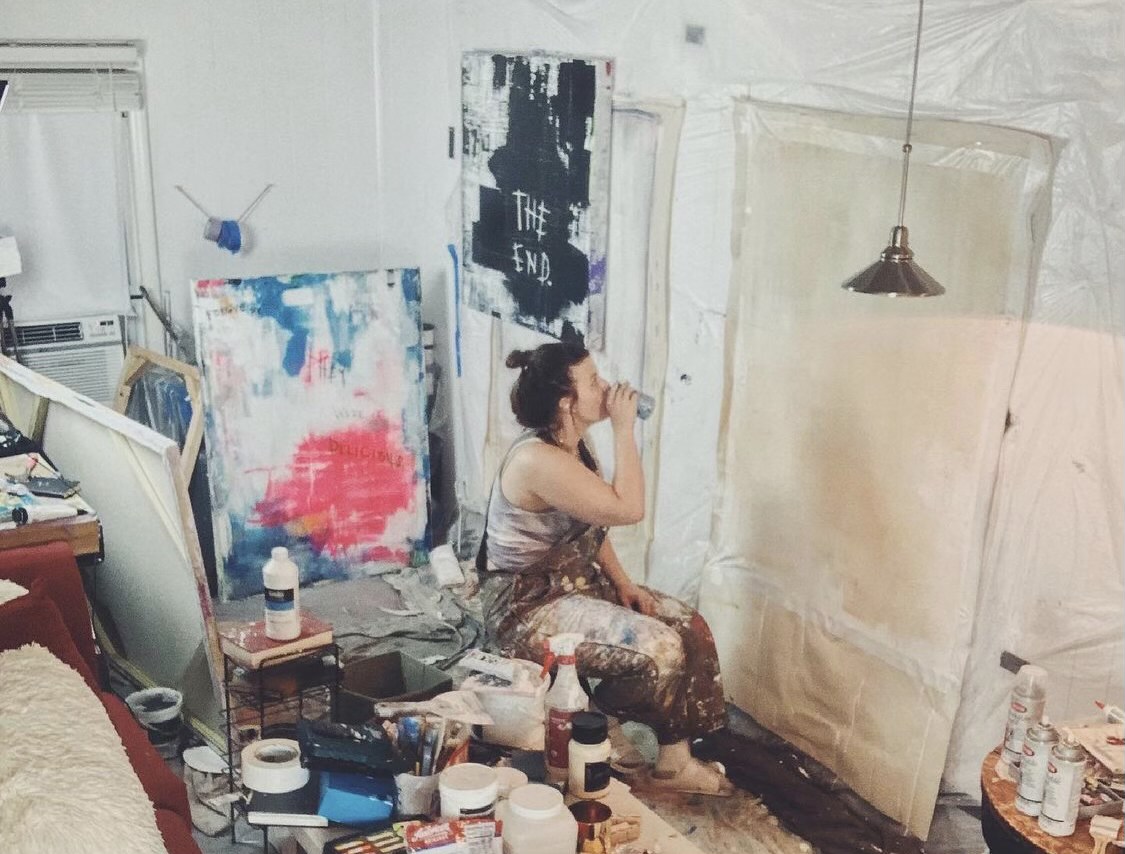 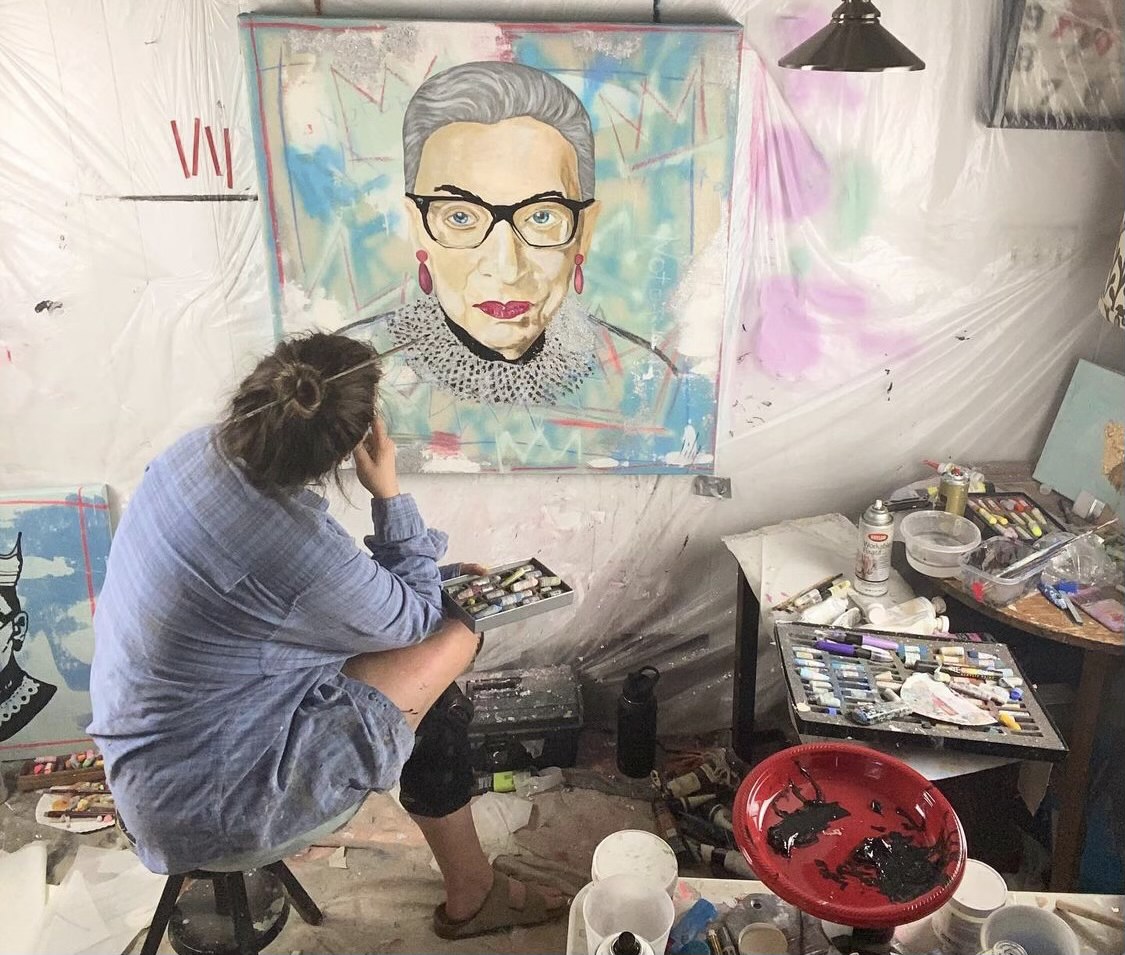 Let’s say your best friend was visiting the area and you wanted to show them the best time ever. Where would you take them? Give us a little itinerary – say it was a week long trip, where would you eat, drink, visit, hang out, etc.
This is such a good question and so hard to answer!!!

I think if i had to answer i would say i would take them to a comedy show at the comedy cellar because you are guaranteed a laugh. Because even if the comedy is terrible, you and whoever you are with will then laugh about that for the rest of the night.

But also people watching in the park is a good time. 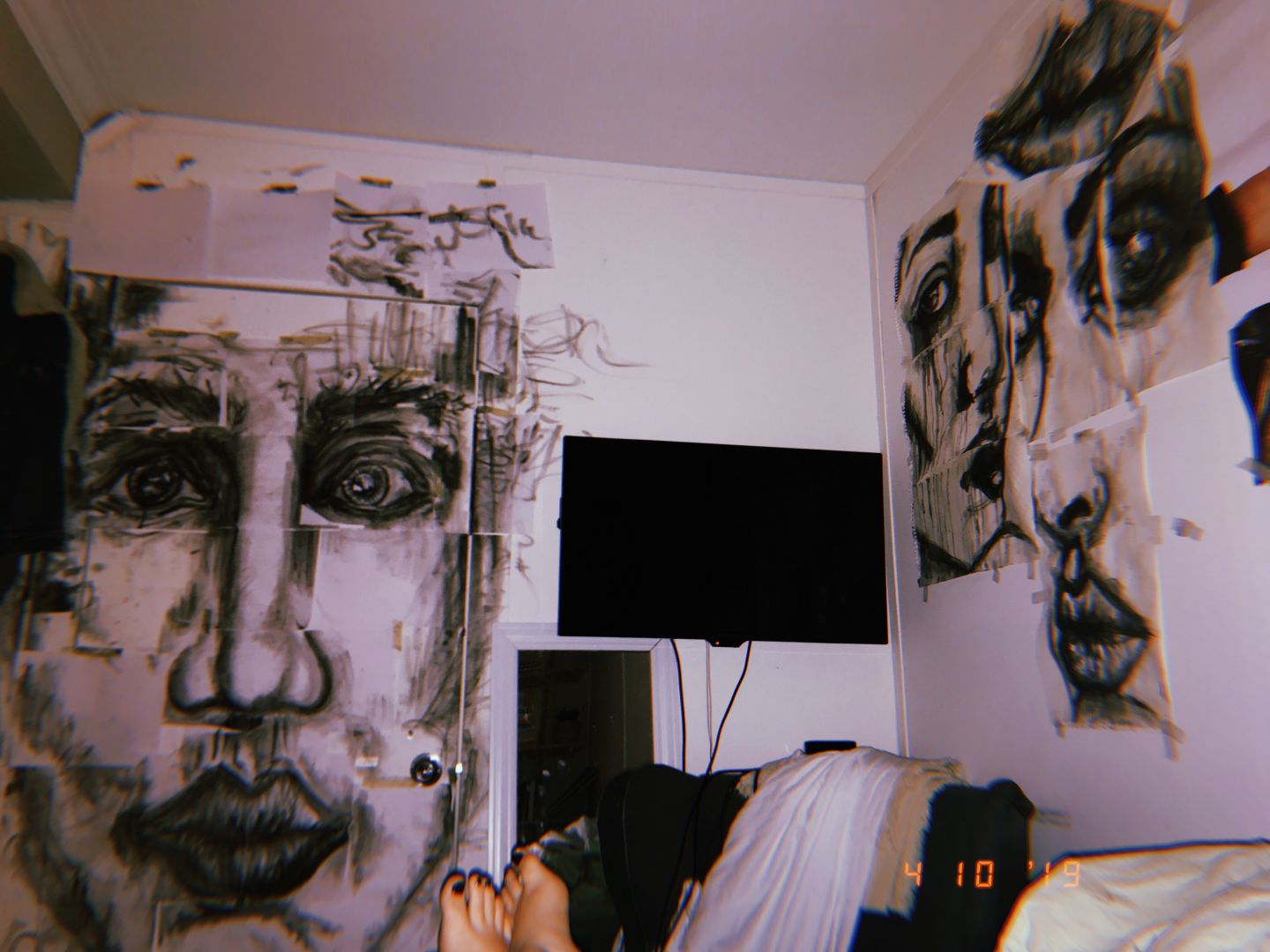 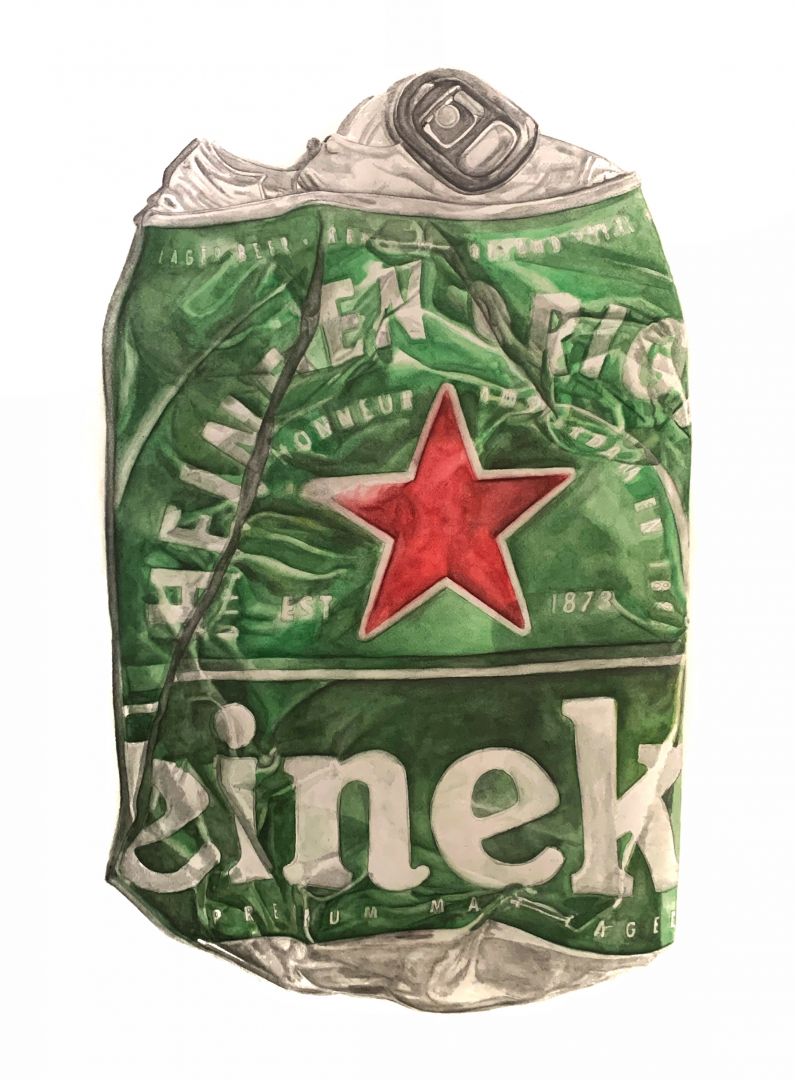 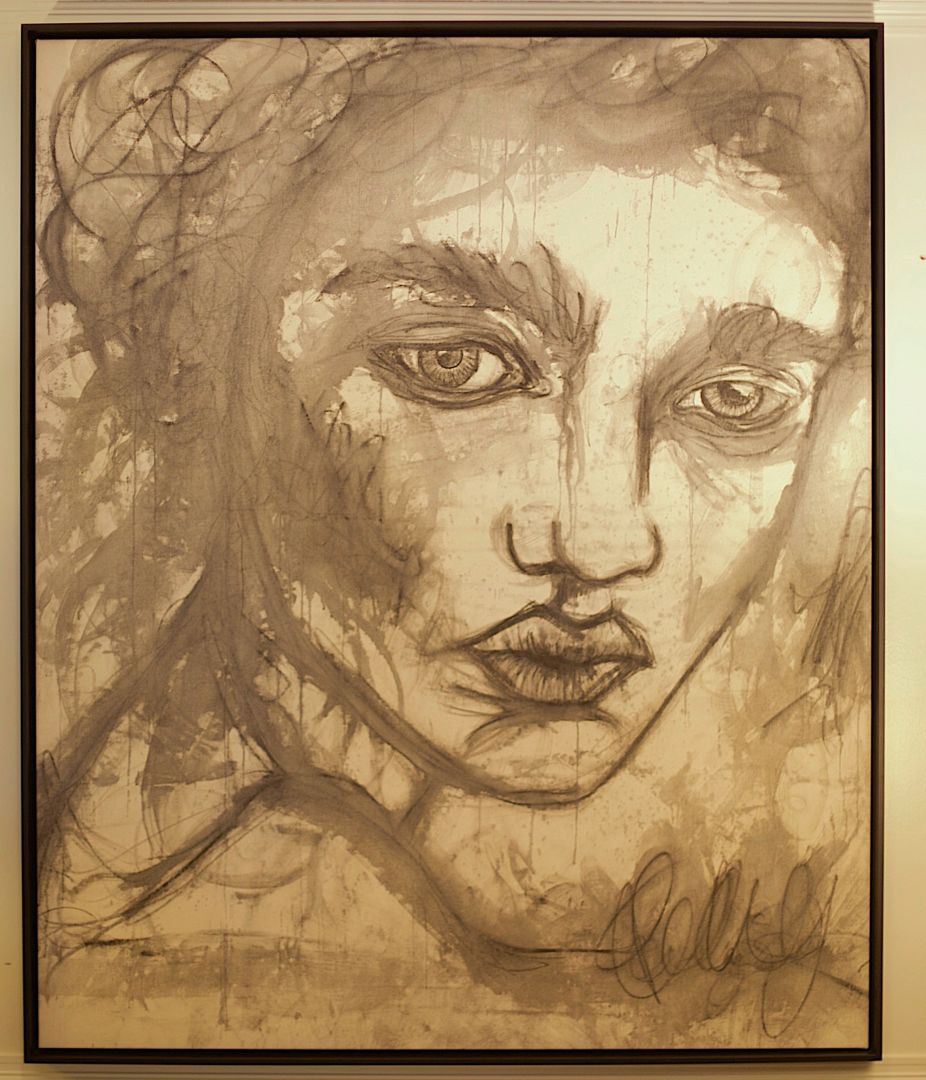 The person responsible for where I am today is no longer alive. Her name is Erin and she was a very close friend of mine who tragically passed in a shooting that took place at an outdoor summer festival event in Kansas City. She is the reason my world stopped and I began to look inward. Through this grief and exploration of questions and answers, I found art. The loss of her was soon met with the losses of other loved ones in my life and its because of each of them that I am where I am today. They push me to live as long as I’m allowed and to give the flowers while we can still smell them.

Since cultivating this, my mother has been a tremendous credit to me. She is an artist and I often look to her for advice and direction.

And my Dad, for the example he is in approaching loss and navigating grief.