We had the good fortune of connecting with Lisa S. Johnson and we’ve shared our conversation below.

Hi Lisa S., we’d love to hear about how you approach risk and risk-taking
In order to achieve the goals I’ve set in life, I’ve had to take many risks. Born and raised in California until the age of 7, until my family moved back to Canada where I lived until age 23. I hated the cold weather and set in my mind that one day I would move to the hottest place I could find and would visualize myself laying on a beach.

When I was 20 years old I had saved up $3000 and traveled alone across Europe and South Africa where I turned 21. It was symbolic because in S.A. when you turn 21 its a big deal and on your birthday you receive the key to life. I didn’t realize it at the time and looking back I had been very brave to go it alone and I earned that key via all the growth experiences I had. At times I felt alone, yet never scared. I grew exponentially learning about other cultures and had to stand on my own. That $3000 lasted for 7 months. When I returned home to Canada, I was broke and answered an ad for a position working in a hotel in the North West Territories, where the pay was double. Another risk to live in an icy and isolated climate. After a few months, with enough replenished funds, I moved back to the city of Edmonton where I took a position at an exclusive private club that was part of an international chain and within two years transferred to another location in Florida. I took the risk of leaving my entire family in Canada, yet I had landed my hot spot goal!

Thereafter, put myself through College for Photography and ended up working for a private photo lab with a Government Security Clearance to handle materials for NASA, Boeing, Lockheed, Grumman Aerospace. Within two years I began working for the Eastman Kodak Company where I was positioned over a ten year period in the cities of Houston, Memphis, New York City and Las Vegas. With a strong career, comfort and safety, I began to feel uninspired in the corporate world.

A whiplash injury led me to my first yoga class and a new chapter began. I left my safety net job with Kodak and went to Bikram Yoga teacher training to heal my neck. A stealth 9 week boot camp of pure discipline that became a journey to unravel layers of childhood wounds and begin to Self Realize. Soon after I took the risk of opening two yoga studios in Las Vegas with all the resources I had.

While in the Yoga business I continued to embrace my love of photography and the side project I had started of photographing the guitars of the worlds most revered players. Eventually I sold my yoga studios and focused on the guitar project. My first book, 108 Rock Star Guitars, was published in 2013. With the number 108 embodied in the title, I had infused the yoga connection with the way that music can take us to Nirvana. I was able to get readers to make an inquiry about the number 108, vs the usual 100 or 101 greatest guitarists. Thus able to bring yoga philosophy into the mix and perhaps influence others to start a yoga or spiritual practice. My second book, Immortal Axes, will publish on September 28th, 2021.

It has been a wild ride and huge emotional risk to gain access to hundreds of artists guitars because the request process is long and arduous. The biggest shadow work I’ve ever done because my biggest fear has always been of rejection! I had to hear “NO” many times, yet I never gave up asking for the artists I wanted to honor and work with. So yes, my life has been full of risk and to me life would be boring without taking them. We have to be willing to fail in order to fly. 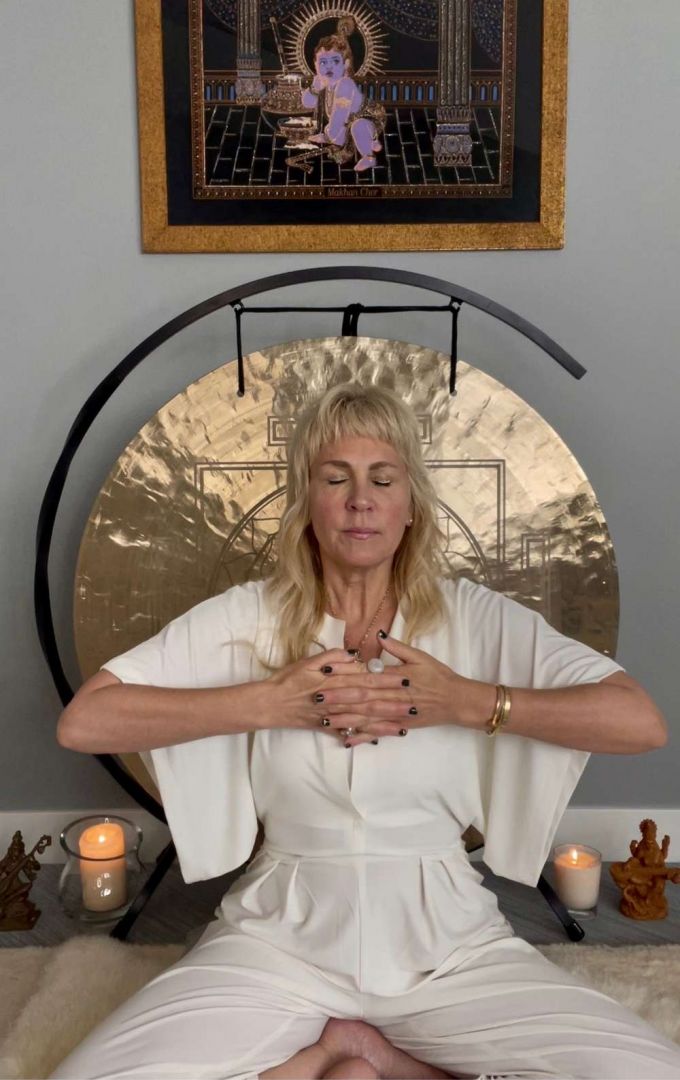 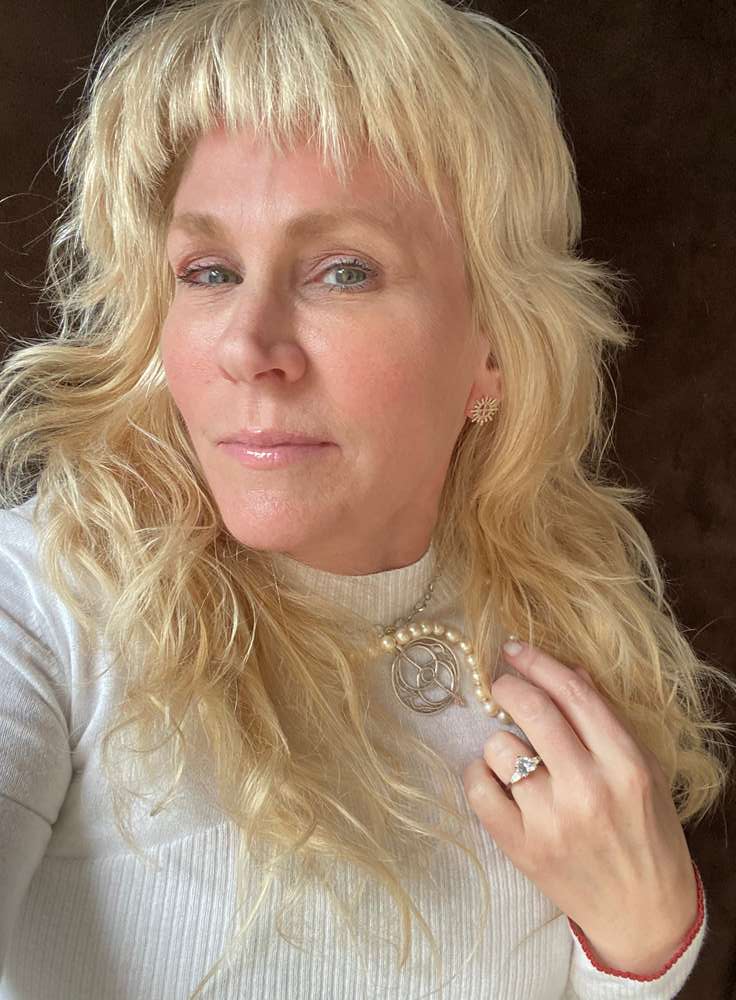 Let’s talk shop? Tell us more about your career, what can you share with our community?
While working for Kodak one of my clients was the talented and ethereal Joyce Tenneson. She taught me that in order to be successful you had to find your own unique niche so that it was recognizable and no one could copy you. Having an analytical mind I love to see and examine things up close and personal. In my photography of guitars I applied this by using a macro lens and capture the fine wear and tear details on guitars that show the personality of the artist without them being in the image, because of what they leave behind on the guitar. Their sweat, blood and tears are evident on the patina along with other design elements, stickers etc. they customize their guitar with.

I have learned to be patient, steadfast and understand that when someone says “no” it is not a rejection of me personally. Circumstances beyond understanding may not be available, so I’ve learned to accept and respect it, then move on and if it’s something I really want, circle back and ask again. Very often the second and third time your request earns more respect too and you will get a big yes!

I’ve had to learn to re-brand recently. My first book title is 108 Rock Star Guitars so all of my social media channels are branded with that name. However with a different publisher for my new title Immortal Axes, they understandably didn’t want market under the previous title. Thus I am re-branding as LSJRockPhotos so that all of my work can be held under that umbrella.

Recently I was invited to participate in a pilot being filmed for a new TV series, where we illustrated the alchemy of a Modern Day Priestess, sharing Kundalini yoga tools and give a sonic sound bath to help people learn how to cope with the covid pandemic and emerge out of it. It’s going to be a very exciting series and I’m honored to have been a part of it. 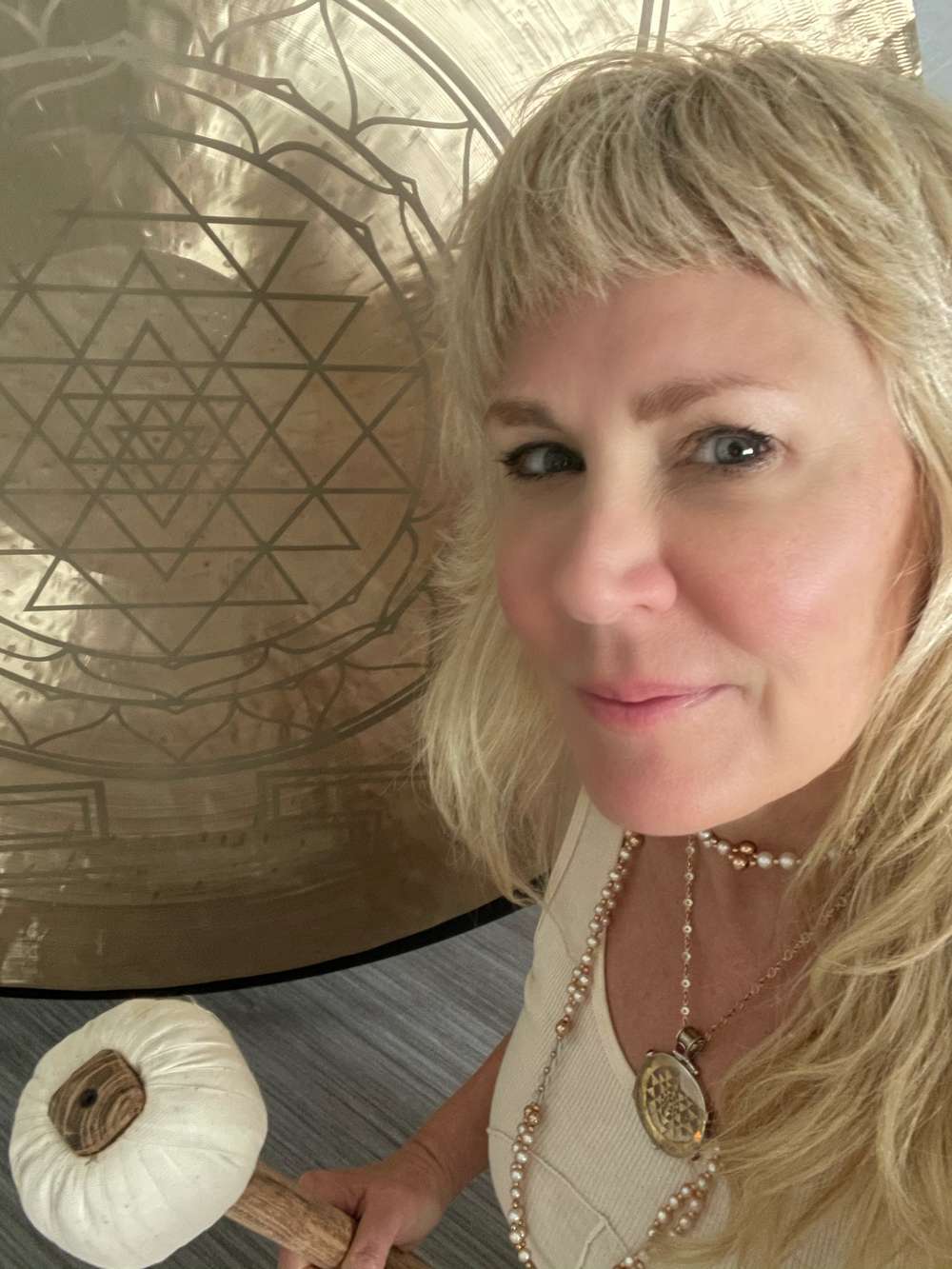 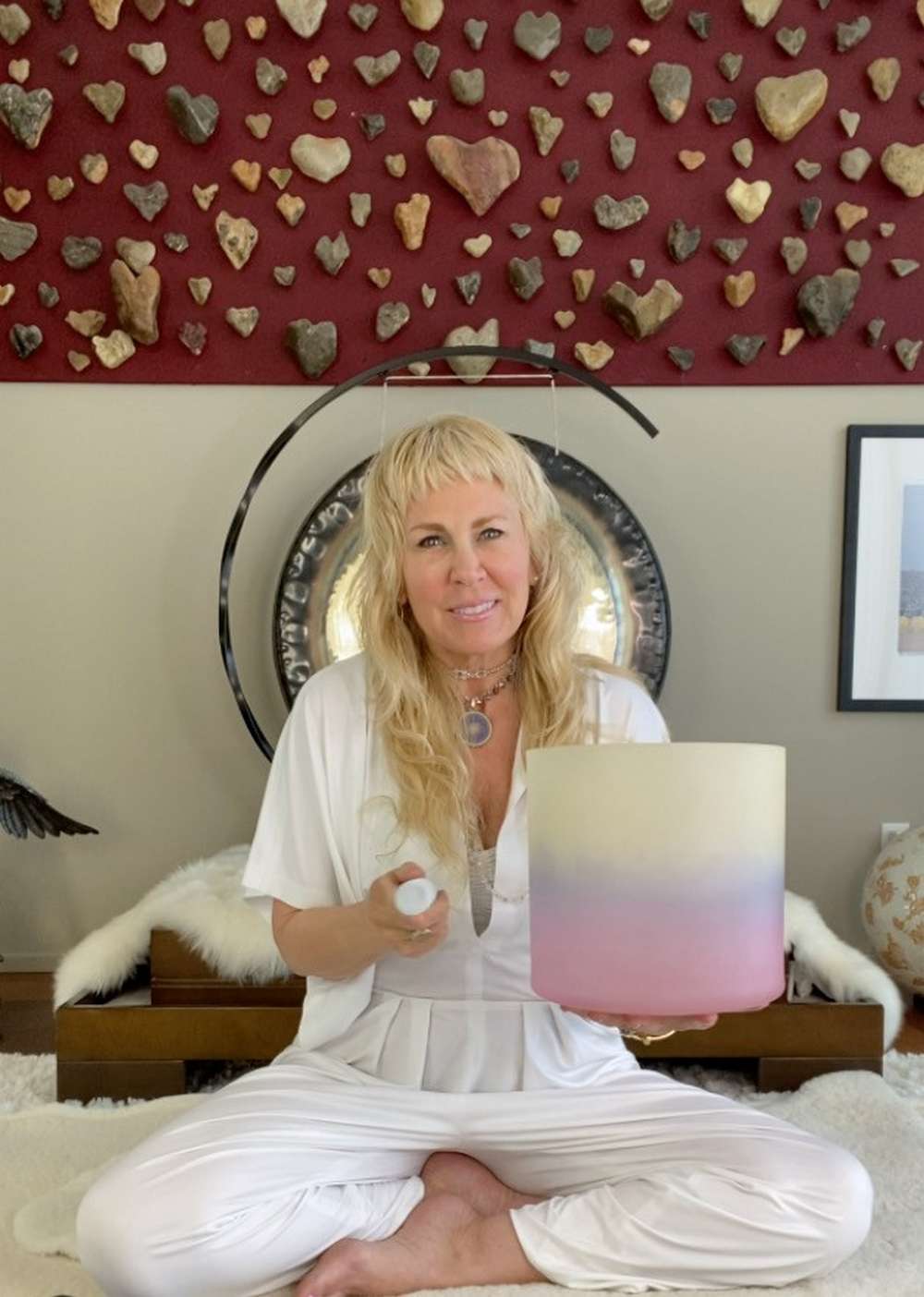 If you had a friend visiting you, what are some of the local spots you’d want to take them around to?
LA Baby is a great town to Shop, Play, Dine and Relax! The arrival dinner would be at The Penthouse restaurant at the Huntley Hotel in Santa Monica for an amazing rooftop dining experience with an amazing ocean view. The next day we would go for a spin at Soul Cycle Santa Monica with brunch at either Cafe Gratitude or Rose Cafe in Venice. A shopping experience on Abbott Kinney would then be in order, casually strolling the eclectic shops, including my favorite esoteric store, Mystic Journey where you can have a tarot or numerology reading. For spa treatments I love the Korean Spa on Crenshaw in Korea Town. We would also take a Kundalini Yoga class at RA MA in Venice with lunch or dinner at Gjelina serving, amazing organic dishes and great vibes. Another must would be to take a drive up the Pacific Coast Highway to Malibu and shop again with the many merchants at Cross Creek and Lumberyard shopping centers and enjoy lunch at the new Real Coconut Kitchen for plant based cuisine, followed by a walk on the beach or just laze in the sun! For the grand finale we would have a wonderful dinner at The Sunset restaurant right on the beach at Point Dume and complete the day with a wonderful guided meditation at Malibu Meditations Journey. 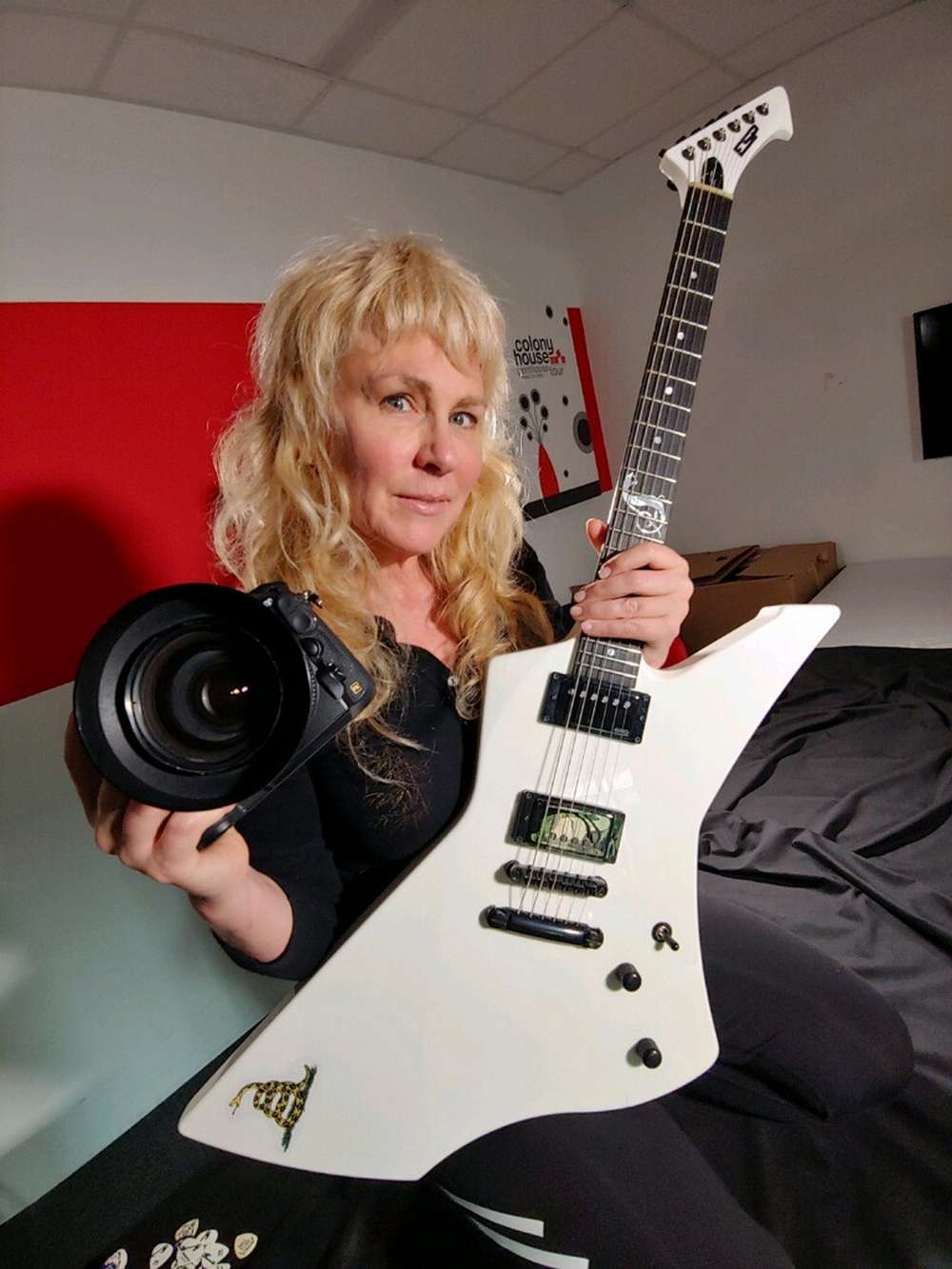 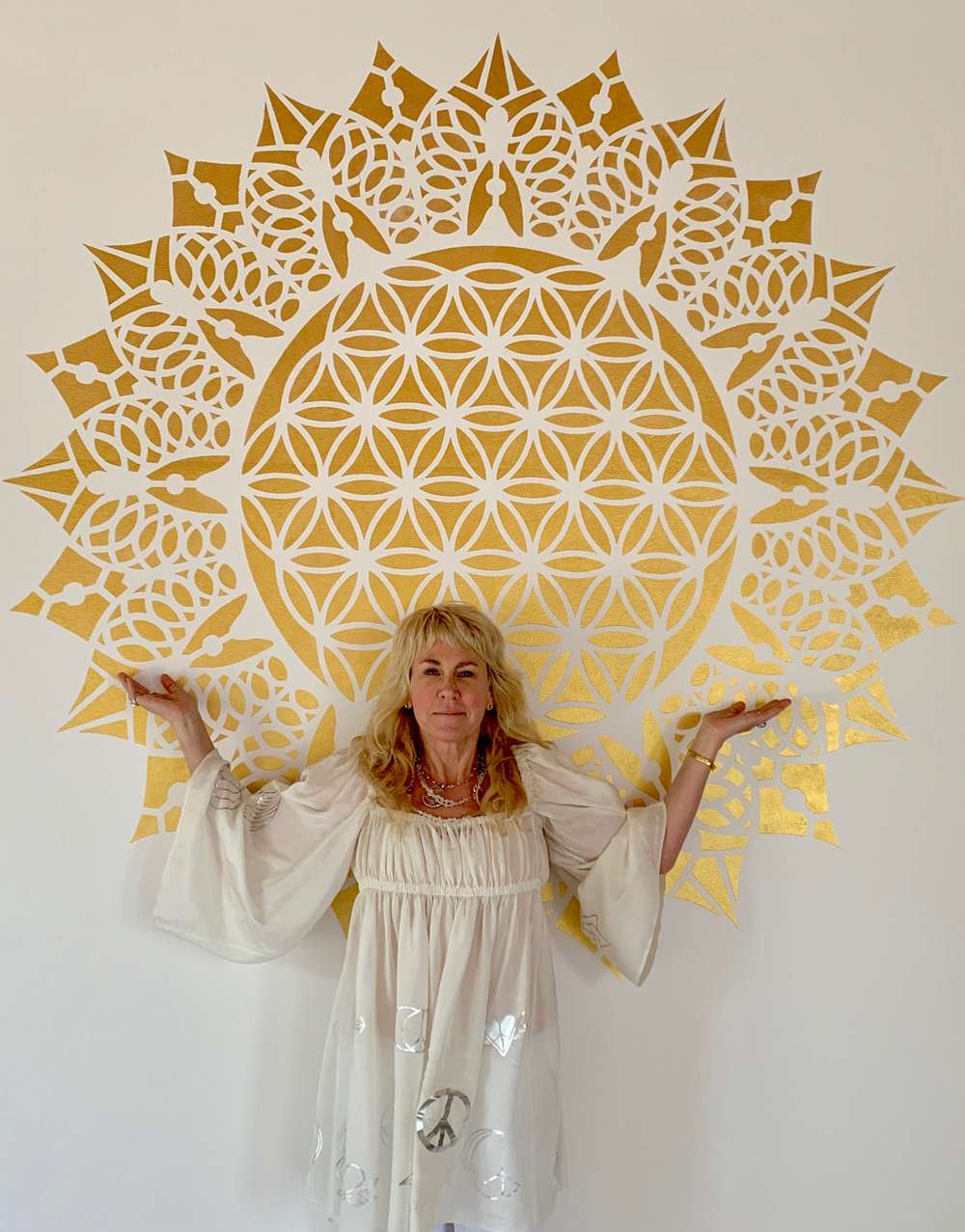 Who else deserves some credit and recognition?
A few people deserve credit in my story. My Father was hard on me by always questioning my big goals and would tell me I needed to be more realistic. I was deeply hurt feeling he did not believe in me, yet it lit a fire under my ass to prove it to him I COULD. On the opposite pole, my Mother infused in my brain that I could accomplish anything I wanted if I set my mind to it. Combined they gave me the inner tools I needed to go after what I wanted in life.

A few key authors have been highly influential. When I was 18, I read the book by Napoleon Hill, “Think and Grow Rich” that was given to me by my boyfriend who broke up with me because he felt I was too negative and critical. It was truly a groundbreaking book about the power of positive thinking and it changed my approach in communicating skills and seeded the ability to achieve success. At age 24 I discovered Shakti Gawain’s, “Creative Visualization” that taught me the power of using thoughts and words to manifest. Followed by Louise Hay’s “You Can Heal Your Life”, here I learned I could self-heal and never ever get sick. Finally, Paramahansa Yogananda’s book “Autobiography of a Yogi” expanded my spiritual inquiry and understanding. The depths of my yoga journey deepened significantly.

As well, despite the controversy of many highly influential yoga teachers and gurus, my teacher Bikram Choudhury played a major role in my journey into self realization. The teachings of Yogi Bhajan have since catapulted the depth of my awareness and realization through the science and technology of Kundalini Yoga. We need to remember that these teachers are human beings capable of making mistakes from which they and the affected grow and expand. Through these experiences these teachers or gurus continue to teach us the Do’s and Dont’s, the Yamas and Niyamas. We cannot forget the foundations from which we come. We must forgive and hold gratitude in order to be free.

Finally, The late great Les Paul, one of the original pioneers of the electric guitar paved they way for me to gain access to the guitars of Jimmy Page, Eric Clapton, Don Felder, Robby Krieger, Slash and so many more because he allowed me to photograph his guitar first. He is so revered and respected by all the guitar greats that it lent substantial credibility to my work and they allowed me access. 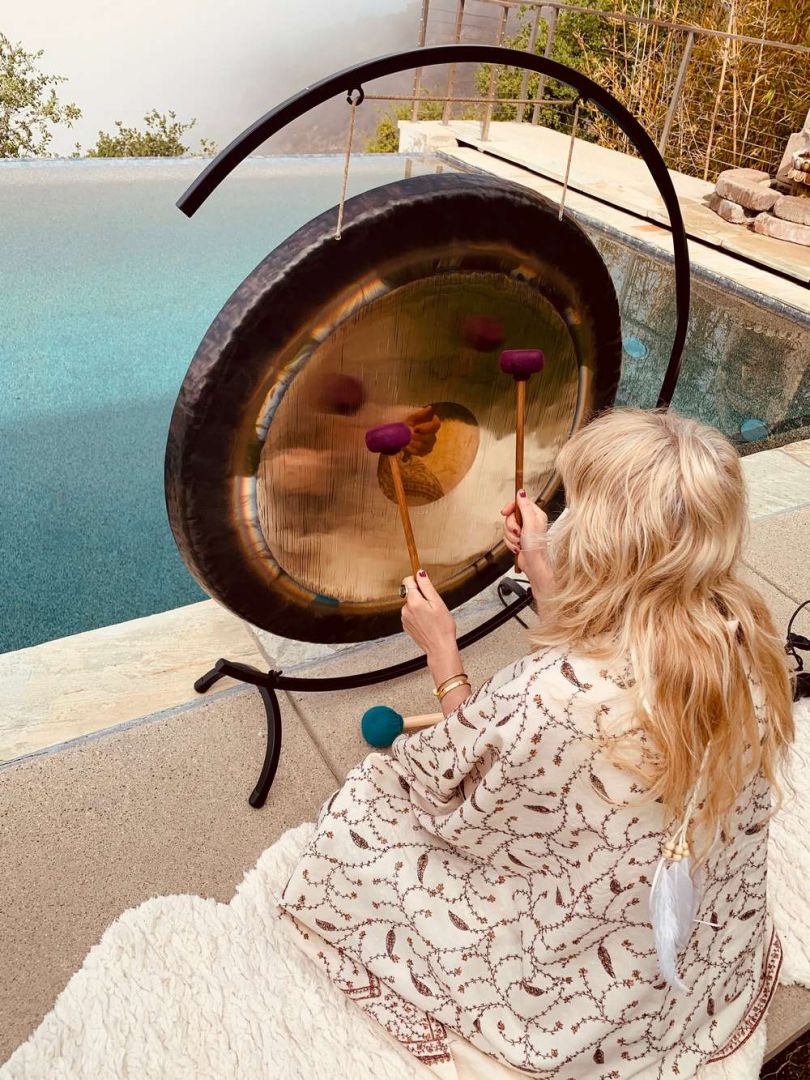 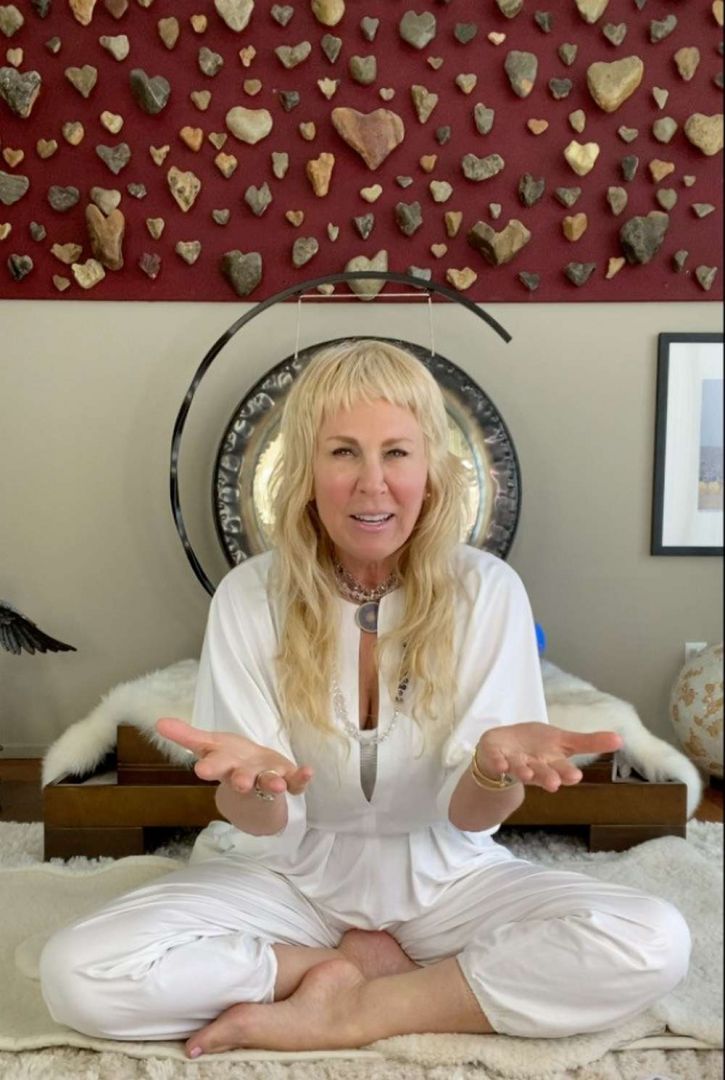