We had the good fortune of connecting with Liz Galvao and we’ve shared our conversation below.

Hi Liz, how has your work-life balance changed over time?
Work/life balance has always been a priority for me for the simple reason that at the very start of my career, I fell in love with one of my best friends. Because he was already someone I cared deeply about, I always knew that I wanted to prioritize that relationship and not fuck it up by being a workaholic. I heard a lot of advice when I was starting out about not dating and just focusing on your career for a few years, and I always thought that was bullshit. If you’re not developing healthy work/life habits when you’re starting out, how do you think you’re suddenly going to develop them when you’re successful and busier than ever?

I’m a big believer in taking time to refill the well. My pilot script that has brought me the most success so far, D.I.N.K.s, was inspired by conversations with other thirtysomething friends over beers and hearing stories about their lives. If I hadn’t taken the time to maintain those friendships, that script definitely wouldn’t exist.

Speaking of friends, I also think work/life balance should apply to who you’re friends with. Meaning, it’s just as important to have friends who are pursuing the same creative goals as you as it is to have friends with varied careers. I hit a low point recently with my career, and my creative friends really pulled me out of it and gave me great advice from the perspective of people who have been there. Meanwhile, my friends who aren’t in the arts took me out of my industry tunnel vision and gave me new perspective on what’s important.

The one thing I do constantly work on is separating my self-worth from how my career is going at the time. That’s hard. I’m pretty bad about that. 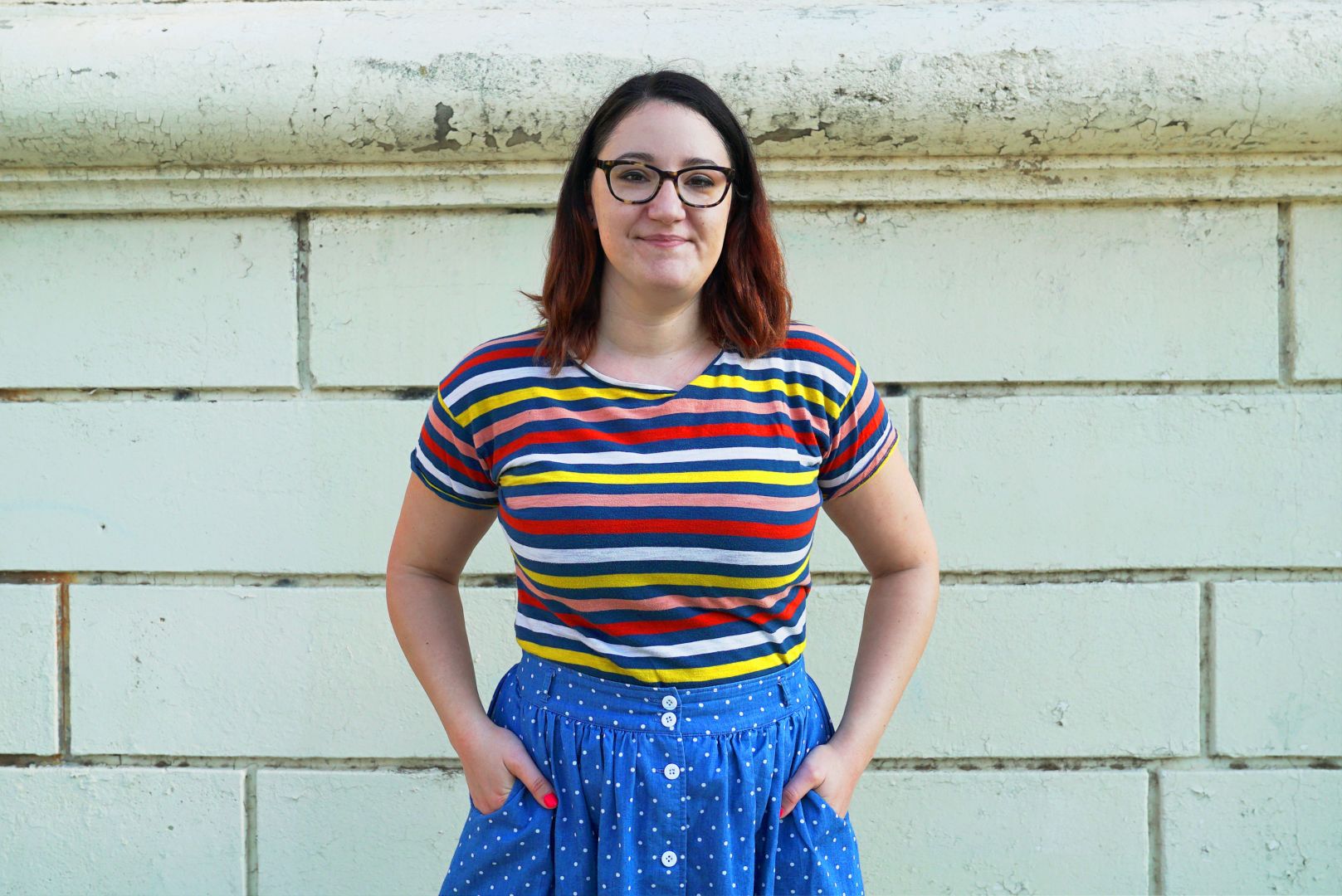 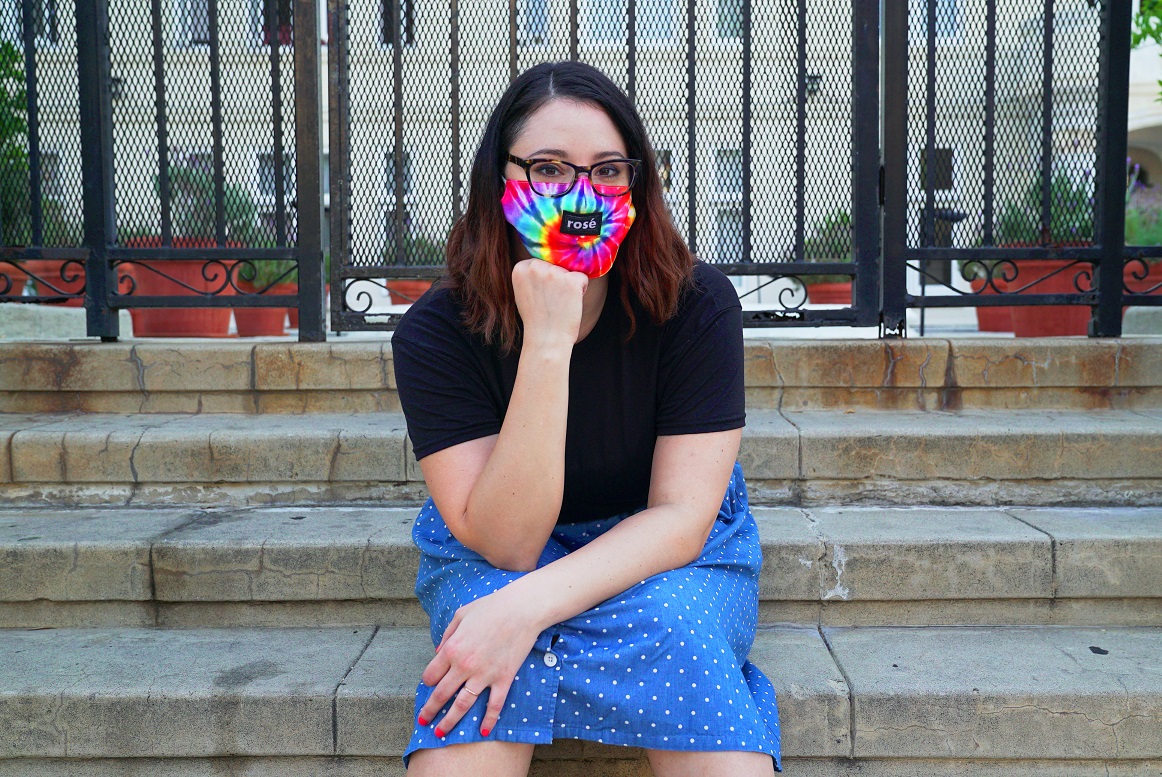 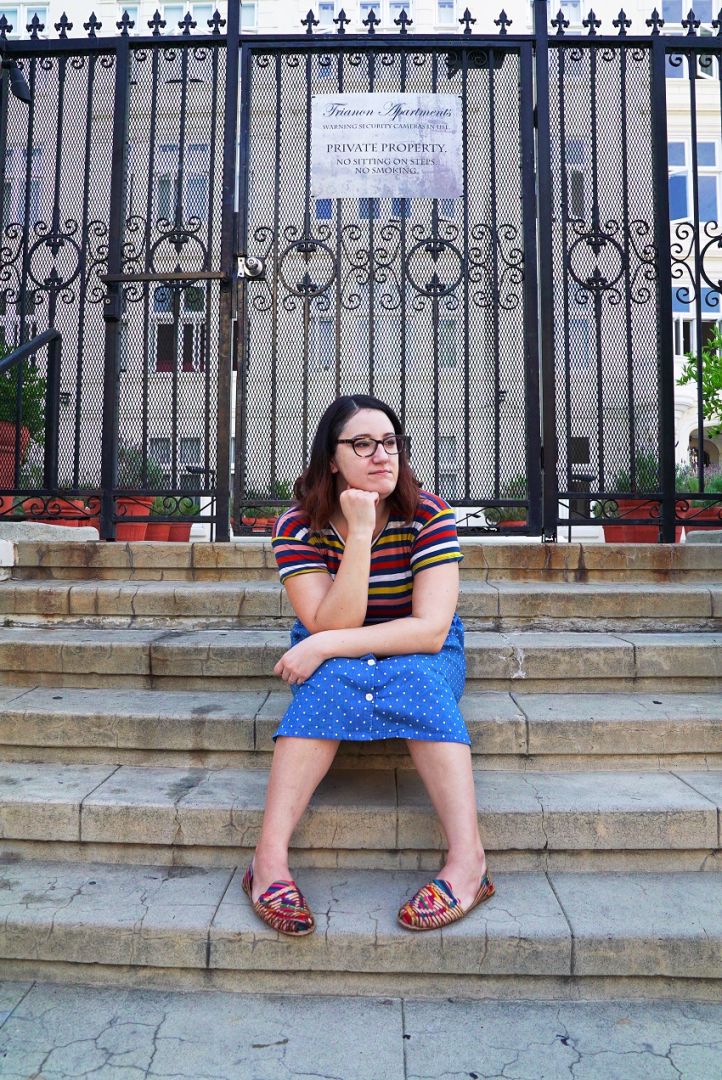 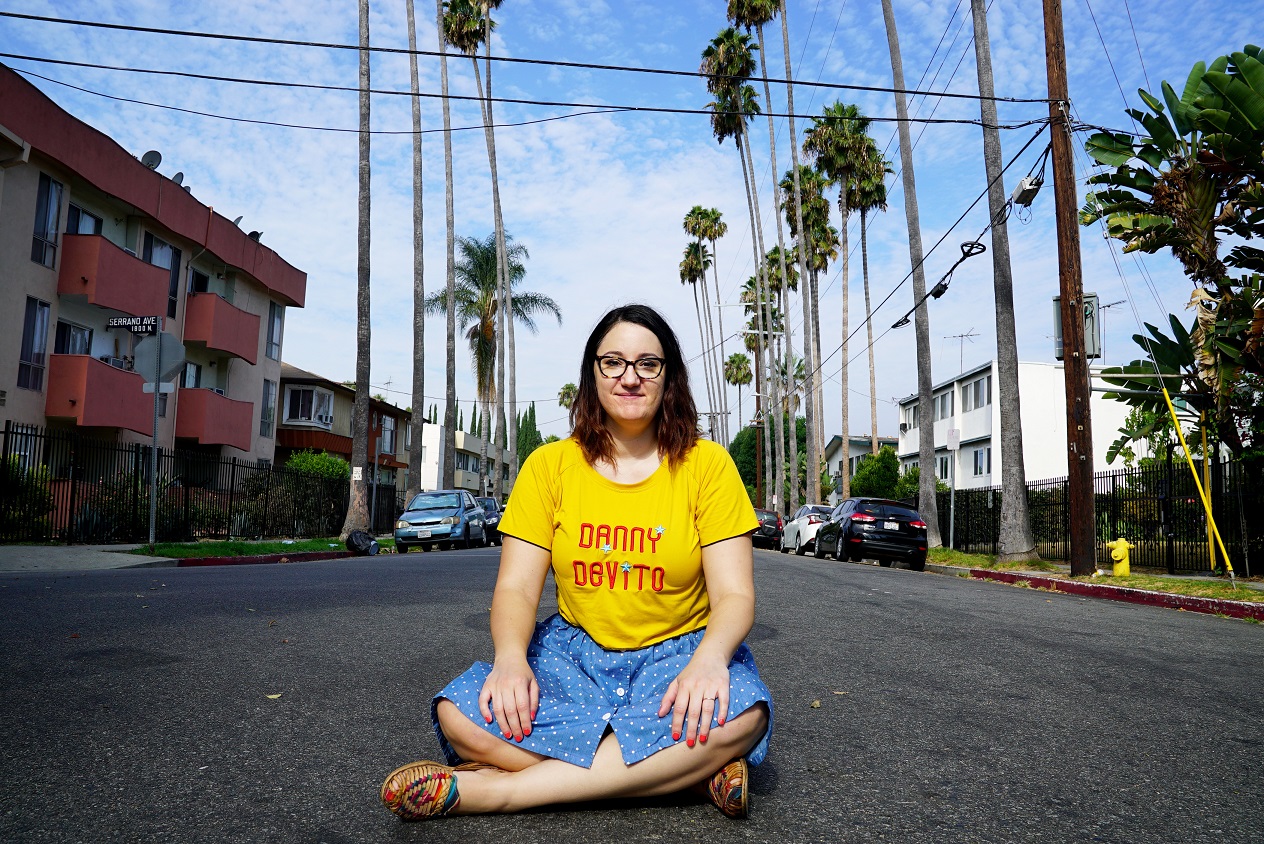 Can you open up a bit about your work and career? We’re big fans and we’d love for our community to learn more about your work.
I’m a writer, mostly of comedic screenplays and TV pilots, although not narrowly — I currently have a dramatic script about a woman who gets sucked into a fitness MLM out to some friends for notes, and am shopping around a YA novel about five teens fighting to be prom queen at a New Jersey high school. I’ve also written humor pieces for places like McSweeney’s and Reductress, I was Music Editor of BUST Magazine for three years, and I founded a humor site called Funny-ish.

Officially, I like to say my sense of humor mixes an underdog irreverence with a critical feminist lens on pop culture and the marriage industrial complex. Unofficially, I love period jokes but I hate gross-out humor, and I love satire but hate “edgy” humor that’s just offensive. I like to write stories about complicated women and underrepresented people in film and TV, usually ones who are their own worst enemies. People who get in their own way are the realest and funniest characters to me, whether that’s a PhD student who has to repeat high school gym class, a former child star trying to rehab her image on a daytime panel talk show, or a thirtysomething barista whose life has hit rock bottom returning to her college reunion (all scripts of mine, if you haven’t caught on).

I think the key to any success I’ve had is tenacity, simply staying in the game and continuing to work and “get good.” I always tell myself: over, under, around, through. Basically, if one path doesn’t lead to success, you can always build a new path. My path at this point probably looks like one of those Family Circus cartoons where the kid runs all over the neighborhood, but whatever. I’m still here and still writing, and that’s all that matters.

The most important lesson I’ve learned from pursuing this career is that nobody can stop you from being a creator. If you want to write a book, start a podcast, or direct a show (all things I’ve done in the past two years, coincidentally), that is within reach! The hard part is getting paid to do it. But you can still live the life of a creator and call yourself a writer, podcaster, director, or whatever title fits. And it pays off eventually. I got my first publishing contract based on my Tumblr writings. It all kind of snowballs from what you can generate yourself.

If you had a friend visiting you, what are some of the local spots you’d want to take them around to?
I always say that Los Angeles is an amazing place to live but a tough place to visit, because it’s so spread out. I’ve been here for six years, and I love that there’s still so much I haven’t seen yet, although that can be really daunting if you’re only here for a week.

For Thai, Jitlada is the best, although you need to commit at least three hours. It’s worth it, though. One time we brought my in-laws there, and found out that the Thai prime minister was eating there at the same time — talk about impressing your guests! Sapp Coffee Shop is good for more adventurous eaters (tell them Anthony Bourdain loved it), and Luv2Eat Thai Bistro is delicious but has the worst service I’ve experienced in L.A… but it’s so good that I keep going back. They have this insane crab dish that only one of my friends can eat, it’s so spicy. And then Night + Market Song is super fun vibes in Echo Park, and my friend saw Father John Misty eating there once.

I love Pine & Crane/Joy for Taiwanese, you have to get the Dan Dan noodles and the thousand-layer pancake with egg and cheese. Mozza is great for upscale Italian food. I know that salad shouldn’t be the standout at an Italian place, but I always get Nancy’s Chopped Salad, it’s so good.

The best Mexican food is usually either from a stand with no name or a truck (I love the al pastor tacos from Leo’s—the way they machete that pineapple? Hell yeah!), which are luckily all over the city. For upscale Mexican, I like Guerilla Tacos, Trejo’s Tacos, and Mercado.

You have to get Korean BBQ, and ideally do karaoke afterwards. That’s just the combo, don’t ask me why. You also have to get sushi, poke, and/or ramen, depending on the weather. You just have to! Sorry! And you have to get a burger. I like Stout, Father’s Office, and of course, In-n-Out.

And then, you have to go to the beach, ideally driving through the mountains of Malibu on the way back. No trip to L.A. is complete with a long, scenic drive. 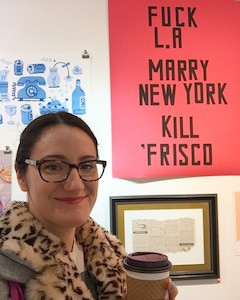 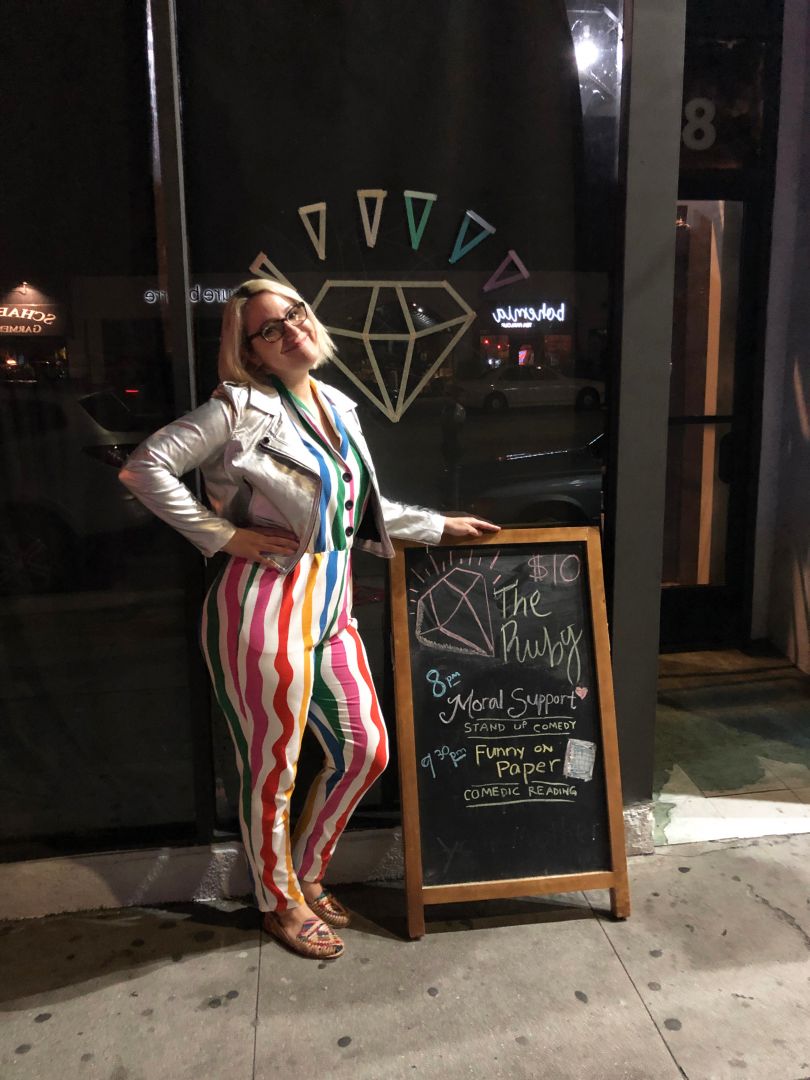 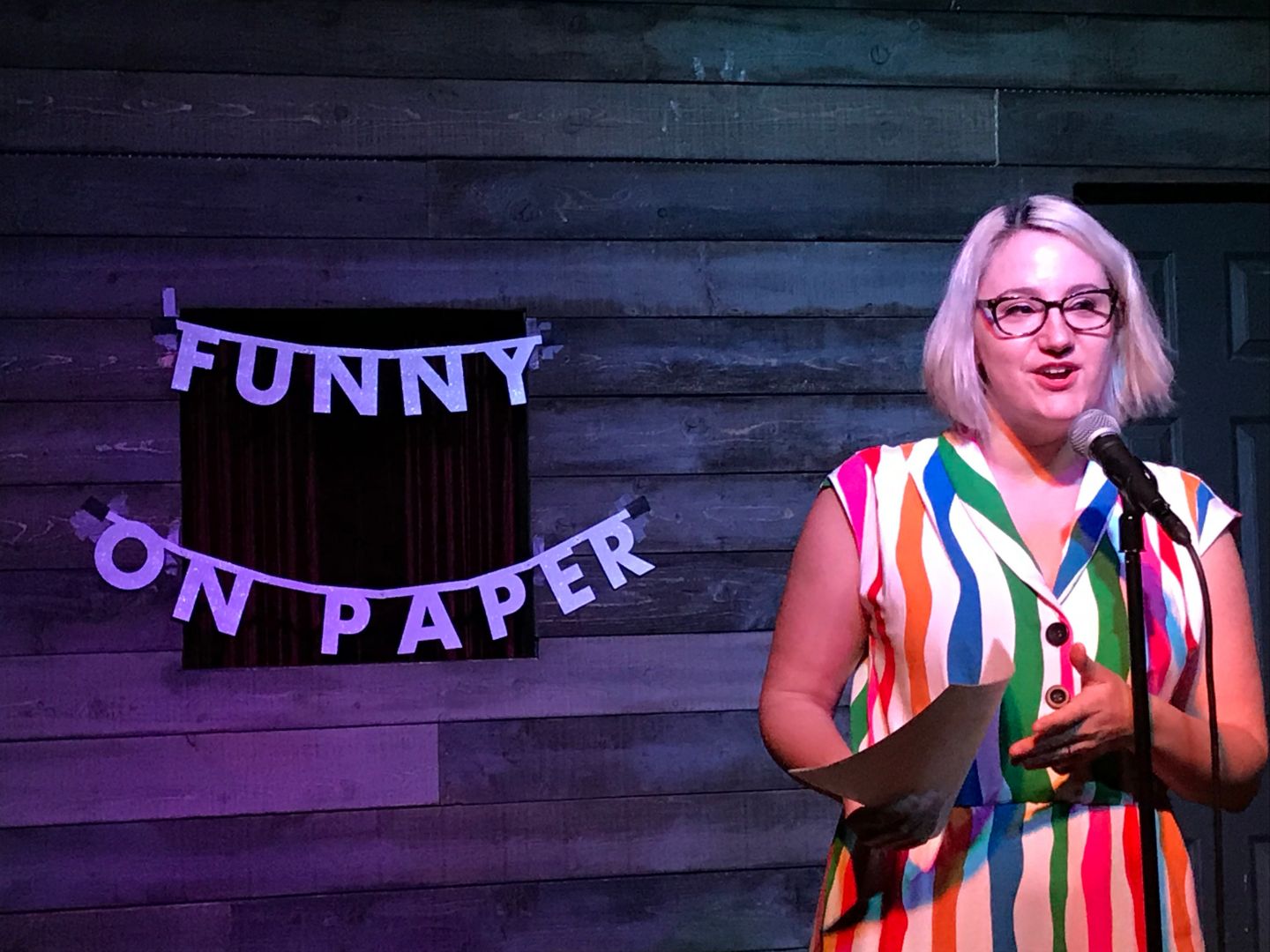 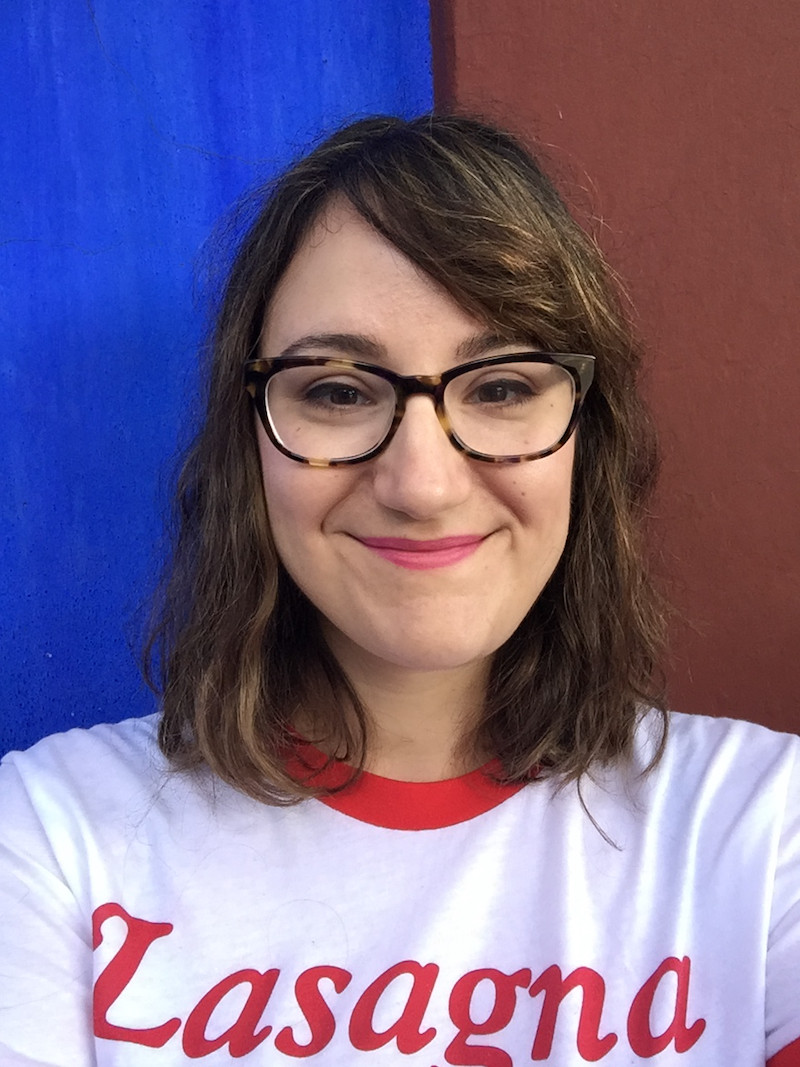 Who else deserves some credit and recognition?
My husband has been an incredible source of support for me throughout the entire 10+ years that I’ve been pursuing a career in writing. He even put something about it in his vows. I’m so lucky to have someone even a tenth as supportive as he’s been in my life.