We had the good fortune of connecting with Lucia Cifarelli and we’ve shared our conversation below.

Hi Lucia, we’d love to hear about how you approach risk and risk-taking
When I think of risk I’m often reminded of the example Alan Watts gives when he speaks about the film Kon Tiki, where a man sails from South America to the Pacific Islands. Once the man set his plan in motion he discovered all sorts of unexpected natural factors cooperated with him along the way for him to succeed Risk requires an act of faith. You have to believe 100% in the decision made and the journey before you. I’ve seen this example play out in my own life in various ways. The earliest one was when I accepted a challenge laid out by my high school English teacher to enter an internship competition. The winners would have the opportunity to intern a couple of days a week in their chosen field during school hours. At the time I had no idea where I’d intern. I was operating on blind faith. When I mentioned the competition to my voice teacher she reached out to a friend who had a connection to a recording studio that turned out to be near my house. I ended up among the winners and interned at the studio she arranged, which would later turn out to be where I’d secure my first record deal and record my album on A&M Records.

With risk, you’ve got to know going in there’s always a chance of failure, and in that lies the challenge. Because taking risks can be scary. The thing to remember is that behind every risk is the opportunity for growth & success no matter the outcome 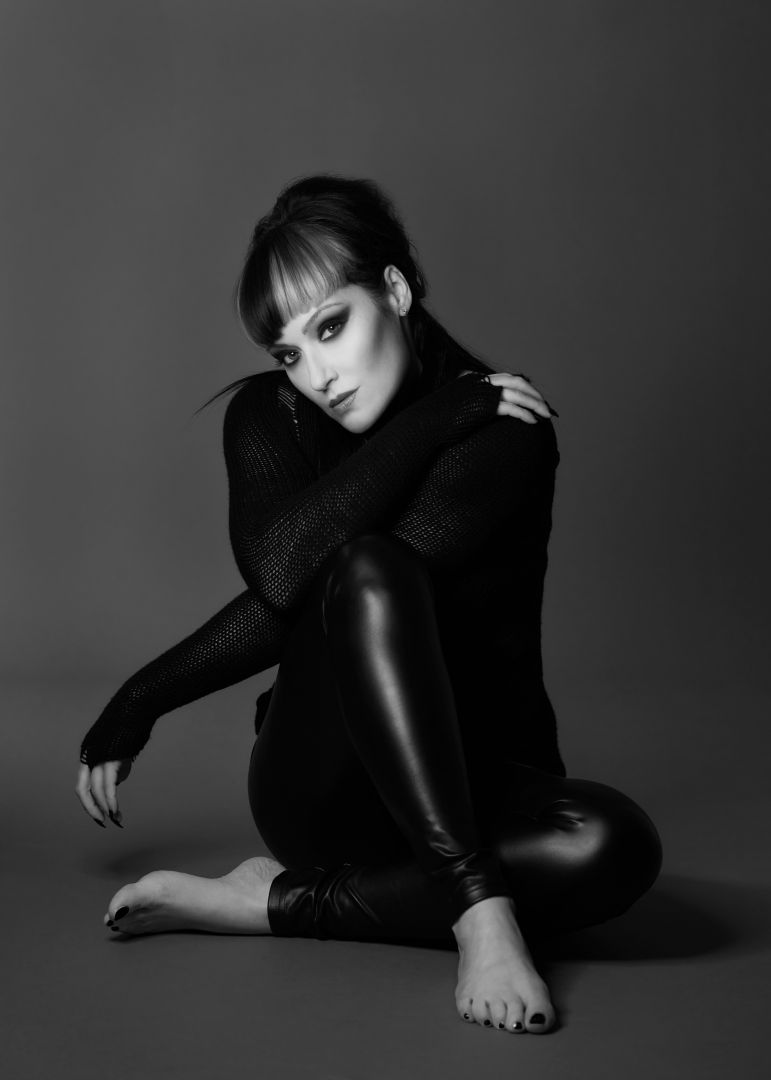 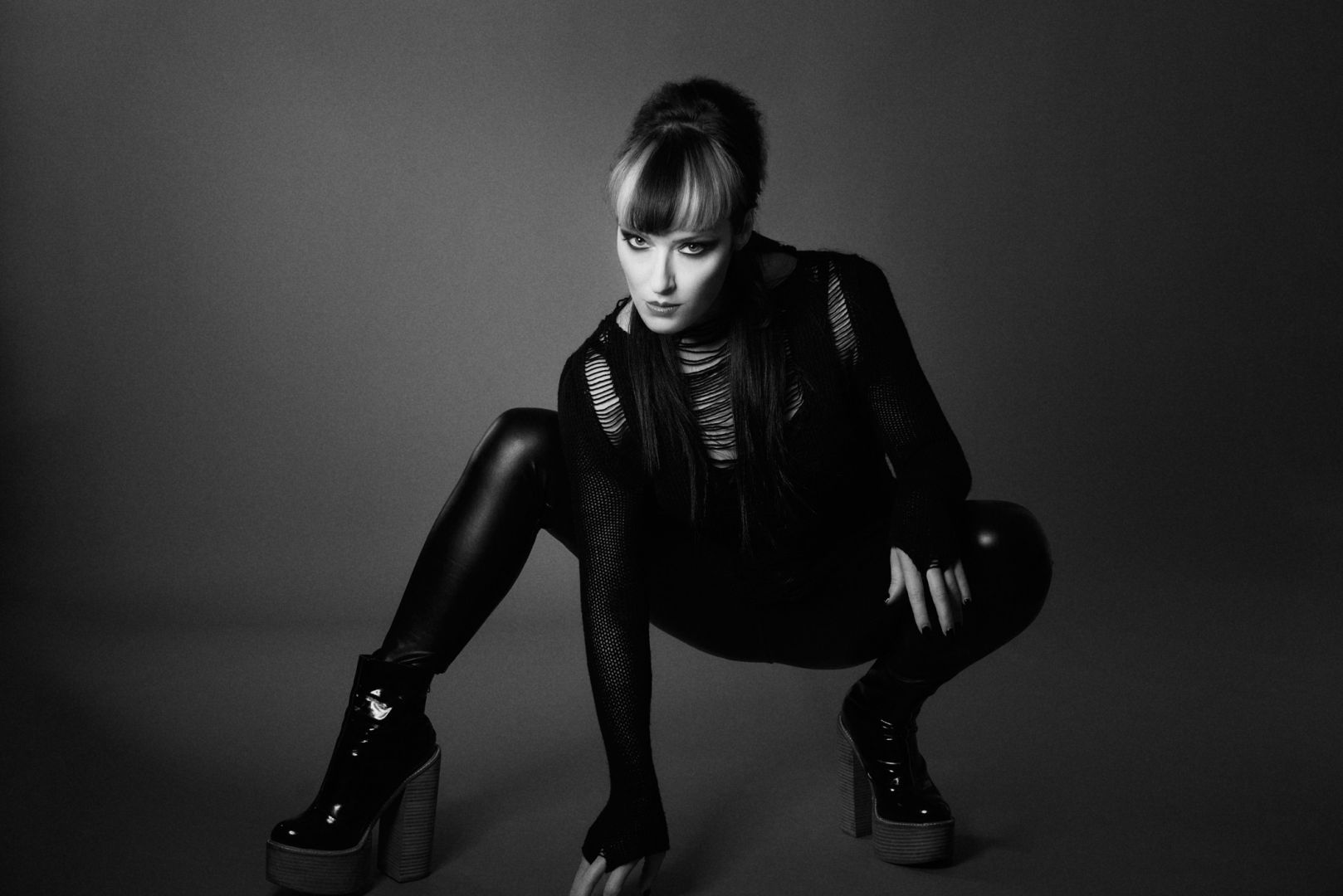 Alright, so let’s move onto what keeps you busy professionally?
I started my journey into music as a teenager singing into a hairbrush, while listening to the radio and striking poses in the mirror. I’ve always had a strong connection to melody and words and knew from an early age I wanted to pursue a career in music. It was also an escape from the abuse my brother, sisters and I endured during our childhood at the hands of our father. While singing or writing songs, I was able to step outside myself and experience life from a different vantage point. I could be the hero of my own story. During high school, I interned at a recording studio, studied voice, and collaborated with songwriters all over New York, eventually starting my own band Drill, and later joining the iconic band KMFDM. Because I’d been told I’d amount to nothing throughout my childhood, it took an enormous amount of self-belief to push myself forward. Faith is the underpinning theme of the songs I write. Whether addressing political/social injustice, racism, gender equality, or spirituality, the goal is always the same, to inspire action both personally and collectively.

I began recording my new solo album “I Am Eye” in the winter of 2019 shortly before the pandemic hit. I quite suddenly felt the uncontrollable urge to write it. I conceptualized pivotal moments from throughout my life that have shaped and defined who I am and decided to write my musical autobiography. My first single “Girls Like Me” is an ode to the wild woman spirit inherent in all who identify. As an independent artist with limited resources, I appealed to my friends on social media to submit videos of themselves to include with my own, celebrating the mysterious, magical beauty of the feminine spirit within. The result is nothing short of a lo-fi masterpiece, which I owe all to ladies who contributed. I wish for “Girls Like Me” and my album as a whole to reach an audience far and wide because I not only believe there’s no shortage of people out there who will identify with it, but I also believe that by sharing this personal account of my life, it will perhaps inspire someone to take action in their own life. To use whatever negative experience they’ve endured to drive them forward. I want to celebrate individuality in all its messy glory.

Any places to eat or things to do that you can share with our readers? If they have a friend visiting town, what are some spots they could take them to?
I’m currently based in Hamburg Germany, which is a beautiful city located in Northern Germany. Spring and summer are the optimal times to visit when the sun shines from dusk till dawn and the trees and flowers are in full bloom. We’d start our first day with a walk through the open market, where they could breathe in the smells of delicacies being sold by the local farmers and bakers. Then we’d grab a fishbrötchen (fish sandwich) from my favorite fish shop “Fishhüüs” and eat it on our walk to Hirsch Park, a majestic park located in the heart of Blankenese, where all paths lead to wild deer, peacocks, and rabbits. It’s a sprawling, historic park over 150 years old, with tree-covered paths that all lead to a view of the River Elbe, a river that runs through Hamburg into the North Sea. We’d take the steps down through the park and walk along the boardwalk by the beach and watch the massive container ships go by as they slowly maneuver their way through the narrow pass, while drinking a cold Astra beer with the sun warming our faces. Later we’d grill some fish on the BBQ and I’d introduce them to some of the locals.

Over the course of their trip, we’d visit some museums; Hamburger Kunsthalle, Diechtorhallen, The Museum Of Arts & Crafts, Take a cruise through the city, and eat dinner at one of Hamburgs most iconic restaurants the “Fischereihafen” for “Aal in Grüner Sauce”. A local specialty of Northern Germany, which is eel in a green sauce made from dill and parsley. It’s delicious! My absolute favorite North German dish. We’d also visit “Der Michel” – St. Michaels Church, one of the most iconic churches in the city, near one of the oldest german restaurants called “Krammeramtstubbchen”, which is located on a historic street originally used as a residence for grocer’s widows. Of course, no trip to Hamburg would be complete without a canoe ride through the Alster. Paddling along the narrow waterways, with weeping willow trees billowing in the breeze, then a pit stop at a ride up cafe for a piece of apple strudel. Later we’d stop at a “Brauhaus” (beer garden) and sample the local beer while tucking into some hearty German fare, “Groninger” on Willy Brandt Str. is fun, or we’d head to St. Pauli an area of the city known for Portuguese food.

For a little nightlife action, we’d head to the world renowned “Reeperbahn”, where everything from the redlight district to bars, clubs & restaurants can be found, along with some pretty racy shops! There’s no shortage of fun to be found in Hamburg and of course its just a short train ride to Berlin, which is must see while in Germany! 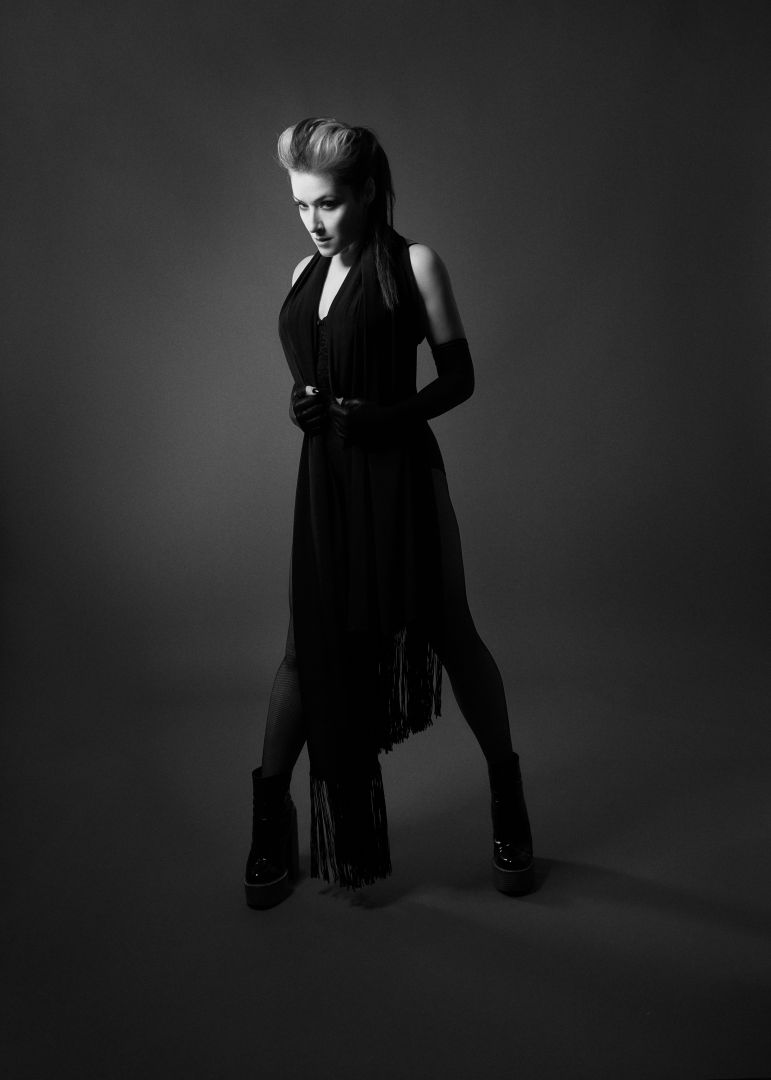 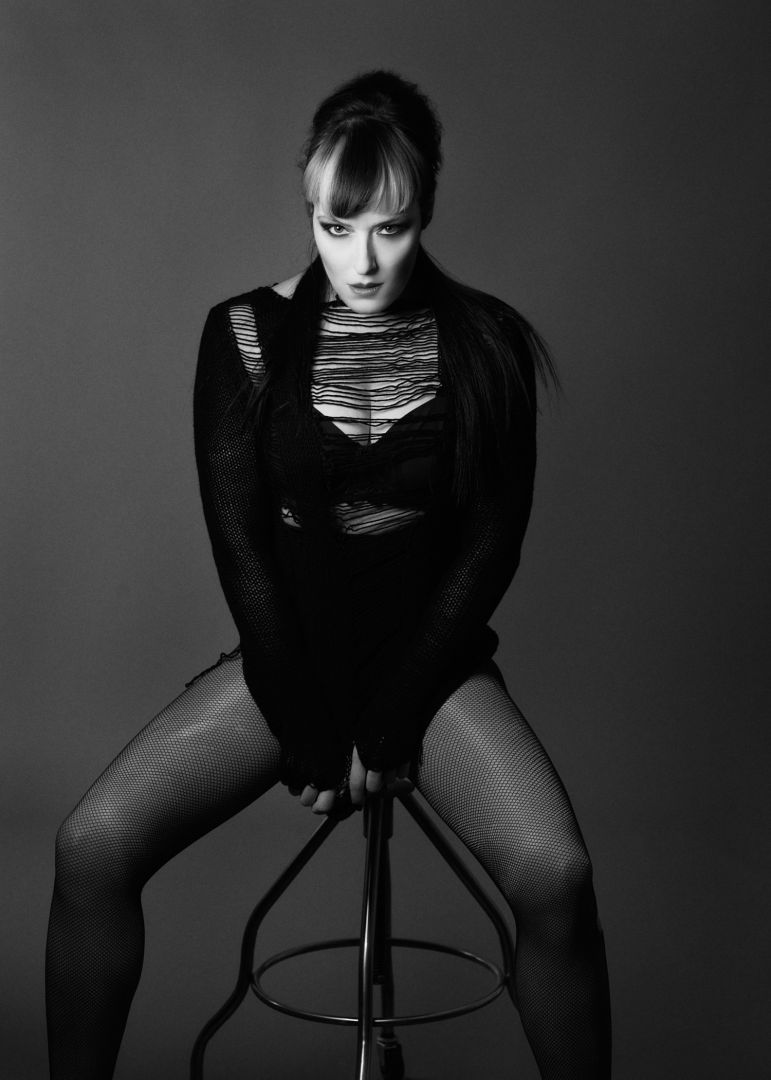 Shoutout is all about shouting out others who you feel deserve additional recognition and exposure. Who would you like to shoutout?
I wouldn’t be where I am without the love & support of my husband Sascha Konietzko. His unwavering faith in me over the last 20+ years has given me the courage to take risks both musically and personally. I also need to recognize the fans of the KMFDM community for their support, because they helped build me back up after my band Drill fell apart and I found myself as sort of the third wheel in an already established band. They’ve been an extraordinary source of encouragement and support on tour and on social media and encouraged me to make another solo album.

I’d also like to give a shout-out to Alan Watts. Listening to his teachings during my morning workouts over the last 5+ years has helped shape my perspective on life and therefore given me the strength to continue pursuing what I love and encouraging others to do the same.