We had the good fortune of connecting with Madeleine Beadle and we’ve shared our conversation below.

Hi Madeleine, how do you think about risk?
For me, I’ve had to work really hard at starting to actually take risks in life….only to realize that I preferred the possibility of getting denied over the fear of never knowing what could have happened in a situation had I not just closed my eyes and jumped into it full force. I’ve learned to trust my instincts even if it seems like the risky thing to do. I’ve been shown that if you are where you are supposed to be and truly believe in what you’re doing, such ideas as likelihood of something succeeding and risks involved are mitigating factors. Nothing can stop you when instinct is guiding you. Once I realized that, I began opening myself up to less fear/paralyzation and into confidence and movement forward.
One side of risk taking that I’m constantly playing with is choosing to market myself as predominantly a Tap dancer in a time when Tap dance is not the most sought after form of dance in the entertainment industry. In the entertainment world right now, people have a very specific idea of what Tap dance is and what it encompasses and I want to change that. I want to bring Tap dance into the modern world and show that it’s more than just a broadway or old school style 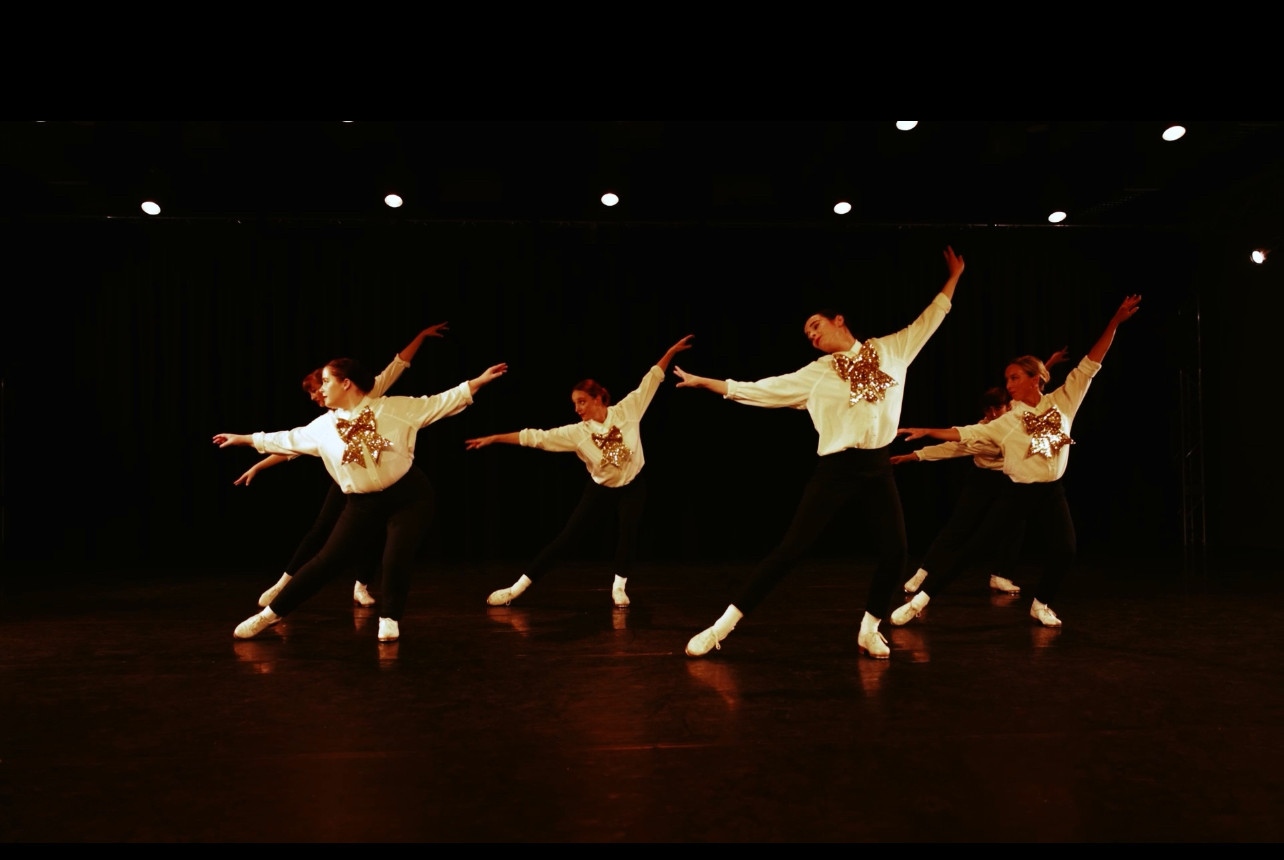 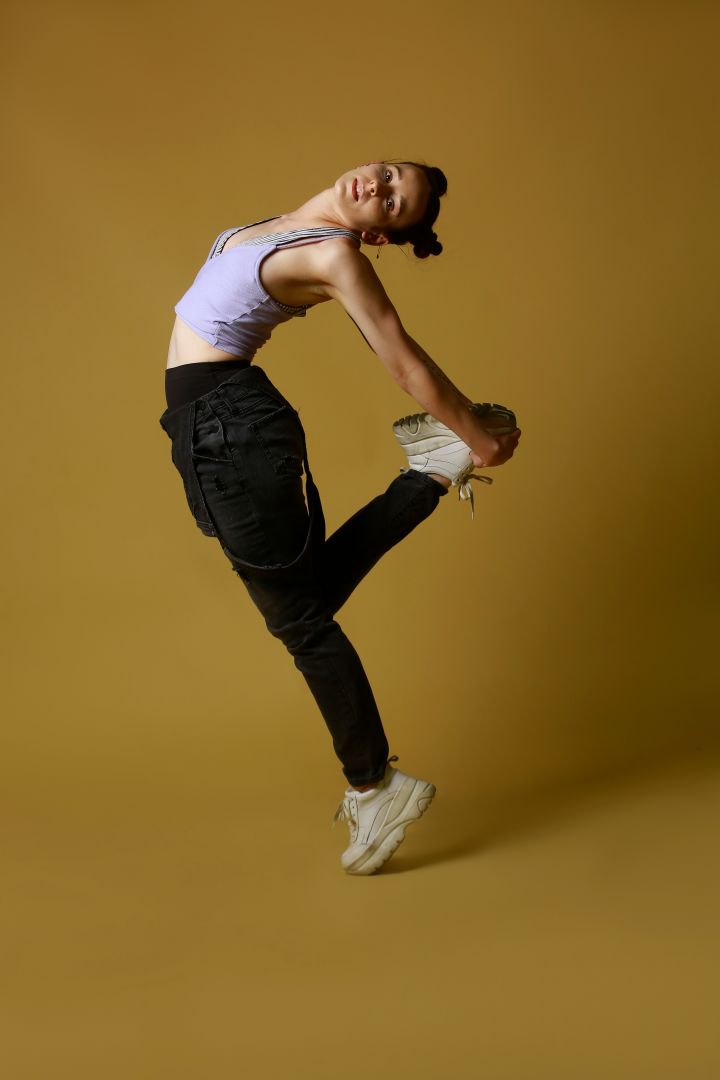 Can you open up a bit about your work and career? We’re big fans and we’d love for our community to learn more about your work.
I’m a dancer and choreographer from Los Angeles ca. I’m trained in all styles of dance from Contemporary to Tap, Jazz to Hip Hop but my true love and where I’m happiest is Tap. I somewhat fell into Tap dance being my main genre. Tap wasn’t necessarily my apparent favorite when I was younger but, I began seeing when I was a teenager that there were not as many dancers proficient as Tap and wanted to give myself an edge and make myself more of a standout so I began digging into Tap dance a bit more. What began as a calculated decision turned into a deep love, appreciation and pretty much full blown obsession (haha) with Tap dance. I think something that definitely sets me apart is not only that I Tap but also HOW I look at Tap. When a lot of people picture Tap dance, they picture broadway and sparkly costumes and big smiles but Tap dance can portray so much more than just a pretty smile. Tap dance can be gritty and it can be ugly (in the best way possible). It brings you closer to “seeing” everything the creator/choreographer hears than I think any other form of dance.
I’m most proud of sticking true to my love of Tap dance. There’s been times when I have wanted to put Tap on the back burner because of it not being as popular but what stops me is what I’m most excited about. I’m excited because I KNOW one day I will see Tap on tour stages, at the VMAs, being major music artists in videos and I want to have a hand in bringing Tap dance back into the foreground of the entertainment industry.
I’m someone who doesn’t give up and also is reliable to a fault and I truly believe that’s one of the biggest reasons I’m where I am today career wise. I’ve also taken the chance and heavily marketed myself as a Tap dancer whenever I meet anyone in the dance industry. That choice lead me to work with Monika Felice-Smith on choreographing Artist and singer ASHE’s “Not Mad Anymore” music video which was, movement wise, Tap centric and exactly what I want to start doing: bringing Tap into the commercial world.
One of the biggest challenges is that when people hear I’m a Tap dancer, they will sometimes automatically put me in a very small box where they think Tap and Tap dancers go and consequently won’t think I’m capable of other styles of movement or am open to doing anything other than Tap but that’s the farthest thing from the truth. I love all forms of movement with every fiber of my being. Tap is just extra special in my heart. Partly because of how much it has helped me in my OTHER forms of dance.
One of the lessons I have learned is to not separate Tap dance from my other training.
People can relate to Tap so much more when I incorporate other movement into Tap. I’ve learned that some people just love Tap for Tap. Others, you have to find out what they love and infuse it into Tap dance to make it relatable and help then find their own love of Tap. I know now that many people shy away from Tap because it appears intimidating and one dimensional sometimes but I want the world to know that Tap dance is an art form rich in history and can constantly be moulded into any aesthetic and accepts any artist.
I want the world to think of Tap dance as one of the most diverse and beautifully unique forms of dance ever and I will make Tap dance mainstream and sought after in the entertainment industry. 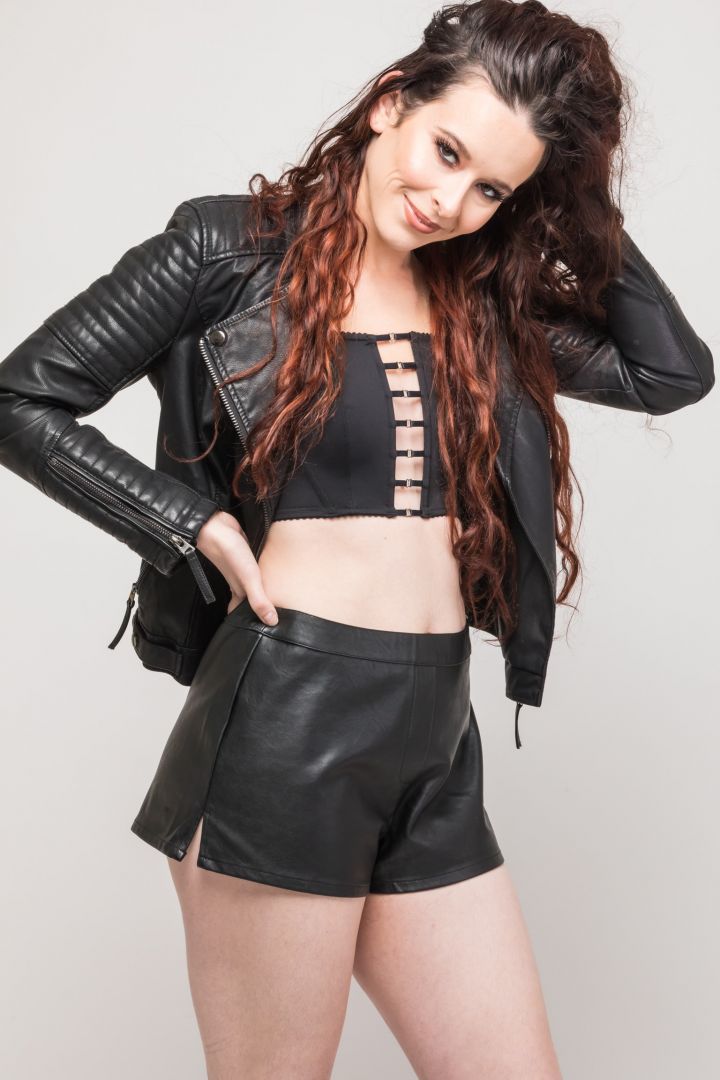 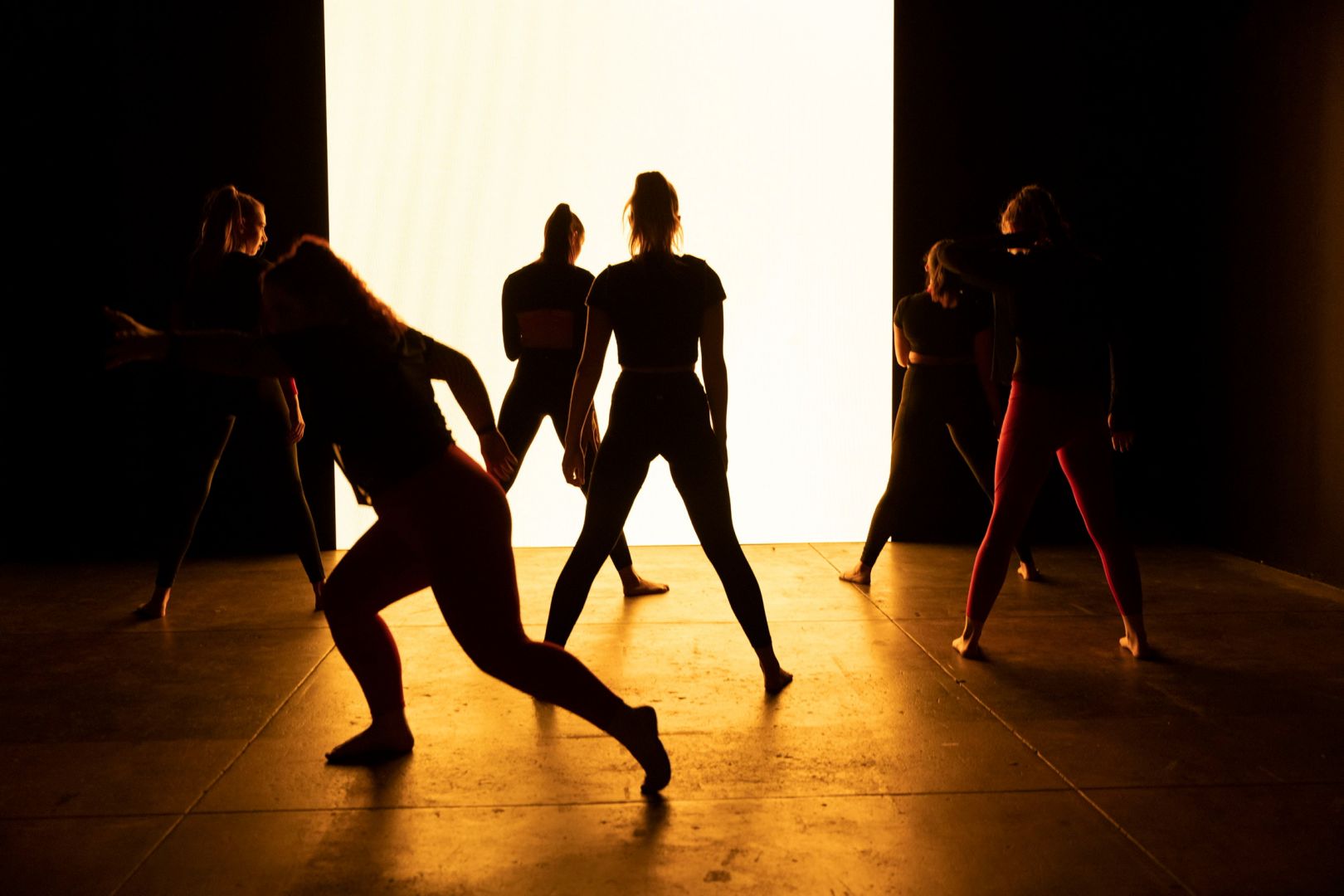 Any places to eat or things to do that you can share with our readers? If they have a friend visiting town, what are some spots they could take them to?
I’m definitely a sucker for the LA natural history museum! Such a fun experience. City Walk by universal is a must visit (even just for the interesting characters that hang out there).
If you’re looking for somewhere a little more spread out, Orange County is absolutely beautiful. Newport Beach and Laguna Nigel are great beach spots to catch some fun and cool off.
LA is such a melting pot of cultures that you almost can’t go wrong with food but if you have a sweet tooth, California Donuts and VooDoo Donuts are out of this world!
The Fat Dog in NoHo is a great little chill spot for some bites to eat.
Also, you’re in Cali, you’re bound to find good Mexican food pretty much anywhere you can look. 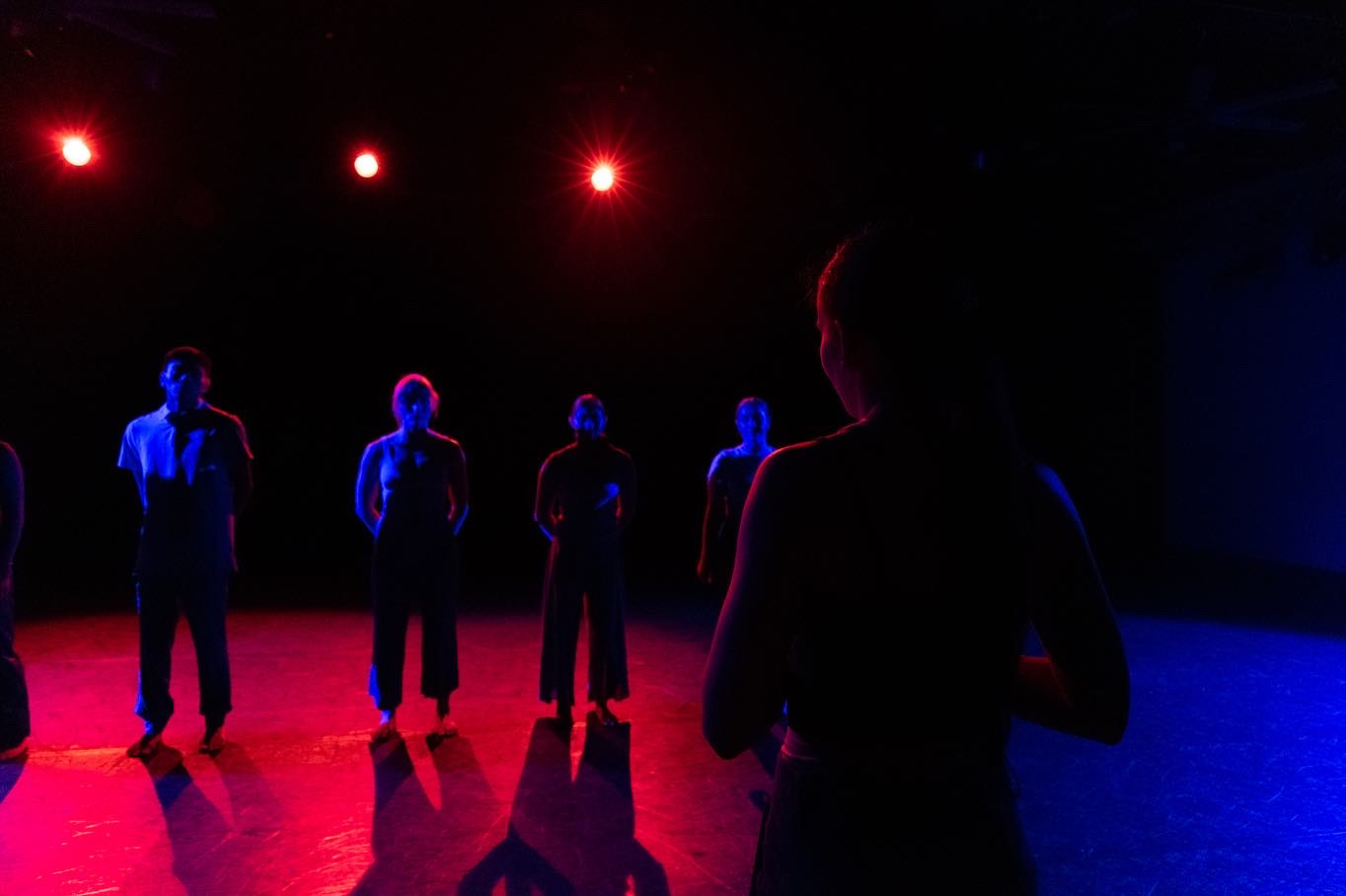 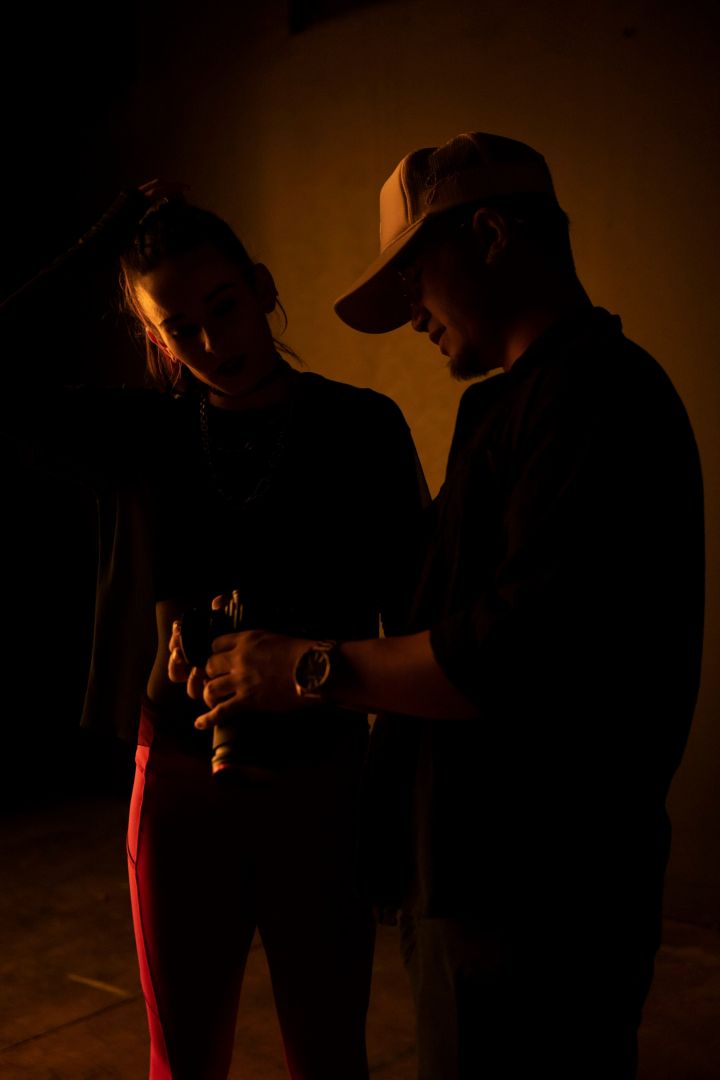 Shoutout is all about shouting out others who you feel deserve additional recognition and exposure. Who would you like to shoutout?
Maryann Chavez & Monika Felice-Smith owners/directors of LUME Dance Collective and training company. I would 100% not be where I am today without both of them and their guidance and encouragement 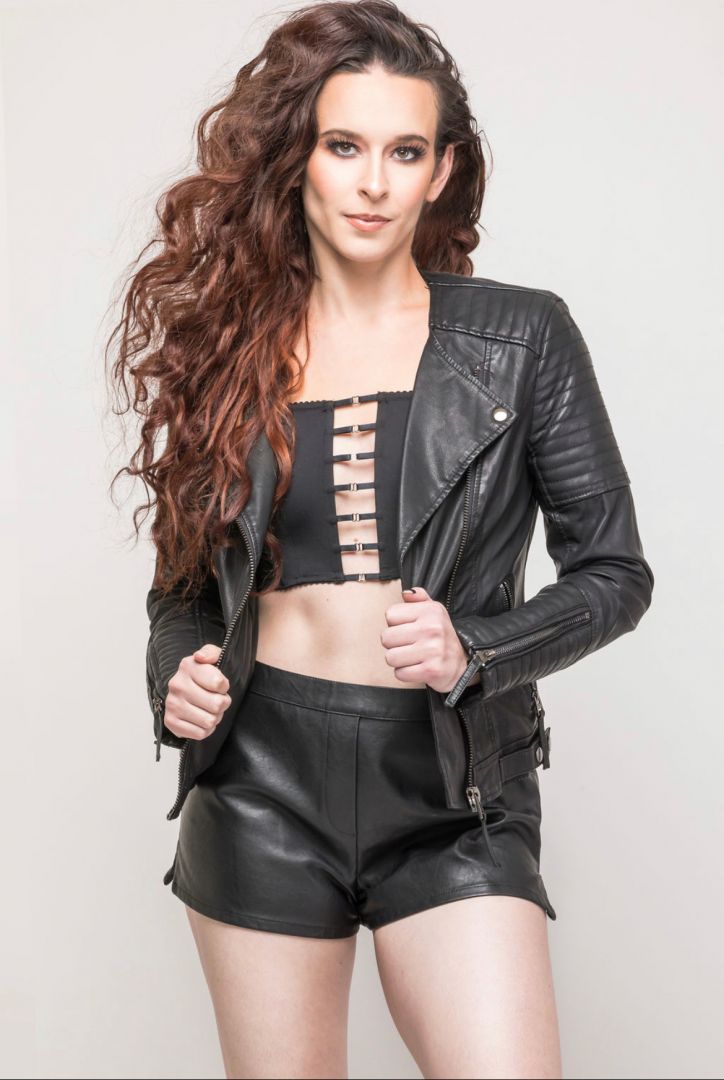