We had the good fortune of connecting with Mario Fernandez and we’ve shared our conversation below.

Hi Mario, what was your thought process behind starting your own business?
I always wanted to be an entrepreneur. Life lived on my own terms. It was back in 2010 when I linked up with nipsey, that the flame grew as I was exposed to many new concepts of marketing, ownership, and what it would take to start something on my own. Having failed at another business and had a patent expire abandoned, I kept perusing new ideas that could yield a profitable business that I enjoyed.

In 2015, while have been working in the music industry for about 6 years, I stumbled into an idea that would soon turn into my new venture. It was an issue that kept manifesting itself every time I was in the studio:

Why is there no collaboration audio interface that allows for musicians using different software platforms, to collaborate efficiently?

I took a risk and put all my thought process into this new idea and educated myself in all the fields that would allow me to be successful. Perusing patents is not for the faint of heart, it was a costly and long process, but one that has yielded great confidence. 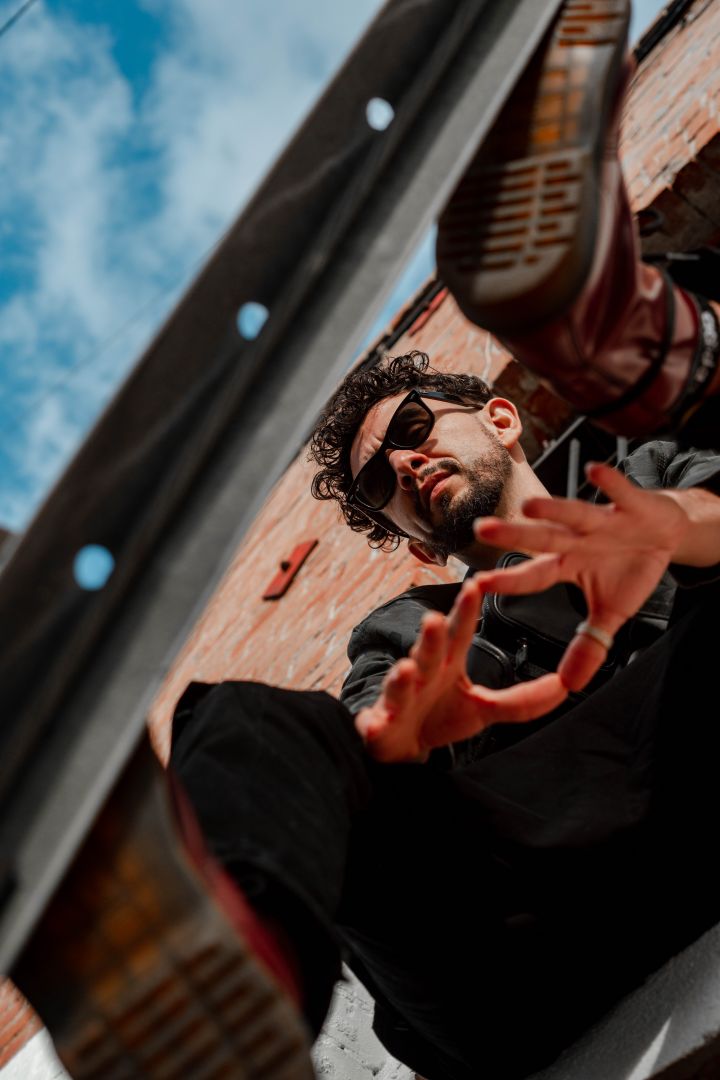 Can you give our readers an introduction to your business? Maybe you can share a bit about what you do and what sets you apart from others?
Building Bitstream Audio has been one of the hardest most rewarding tasks to date. I was able to combine multiple disciplines that I never thought would culminate for me.

Initially, I had a simple dream, I wanted to get payed a lot for working in technology. Being young, and reaching my goals early, It became clear that I was not employee material. I wanted more, I wanted to be on my own terms. Fortunate that I was, I was able to get involved in music and that changed my life.

Although I had always been exposed to electronics, machinery and had the know how to building things, I never had a way to combine my love for the digital and mechanical with my passion for the spiritual and harmony that is music. One day, I quit my job, and decided to be a musician. I didn’t know how I was going to do it, or where to start, but I knew that was my path.

For a very long time I thought that I had wasted my time trying to peruse a carrier in technology, and felt that If I could go back I would start eariler in my music path. But soon it became evident that all the skills that I had learned to date were for a reason…. I was always the one producer that people would go to for advise on technology or programs, or If their computer messed up….It became clear, being a computer wiz payed of in a computer world where music is made. This made me a huge asset to my peers.

Still i felt uneasy, and i still could not see the bigger vision. Why was i gifted at many seemingly useless fields? It was not until all of these things came together for me one studio night. I had booked a studio session with my good friend Mike Free and Lil Jon, both greats in their own respect. Our task was to make music and hope that we could land some placements with some artists. Simple. But that night the biggest clue was revealed: Why are producers still struggling to collaborate in the studio? What are the boundaries? Why is there no smart audio interface?

When I started reaching out to microchip and parts manufacturers asking them for clarification about the abilities of their products to integrate into my new design, they laughed and asked why I wanted to do that? No one thought it would provide any benefit to having more than one computer connect to the same microchip so that they can share data… Simple in concept, but no one had done it before…

I went ahead and started building my team, learned the patent process and submitted my self written patent application. Fast forward to now, and we are clear in production, we have two patents and we are extremely excited to be ready to reveal to the world our newest product. With this we hope to change the way people make music for ever. Solving a simple problem… in a complex way.

What I learned was that: there is no Plan B, its all plan A. The road to success is not a straight line, and one must not question the design, for we are bound by its lines, we should instead focus on the road.

If you had a friend visiting you, what are some of the local spots you’d want to take them around to?
Being a vegetarian, I love LA. There is so many cool spots to visit and eat.

Monty’s Burgers – a must!

Who else deserves some credit and recognition?
The biggest push I got was from being involved in another situation where I was able to help implement entrepreneurial ideas. I was fortunate to connect with my good friends Nipsey Hussle and Jorge Peniche. I was exposed through our friendship to many new concepts and ideas about marketing, ownership and building businesses.

Nipsey was always a person that would push for people to become self-sufficient. Brother Jorge and I would always try and find new books, concepts or any new pices of technology, information and/or any edge that we could find. We felt the need to push the boundary and to disrupt the status quo.

Although I had always been a smart person, someone that would peruse always learning and trying new concepts, but this had been the first time I was exposed to having, and being part of a mastermind group. A group where we would encourage each other to learn more, know more and seek more. Holding each other accountable to the new concepts and Ideas we would seek. It was a book club on steroids.