We had the good fortune of connecting with Matthew Del Negro and we’ve shared our conversation below.

Hi Matthew, what habits do you feel play an important role in your life?
In pursuing a career as an actor you quickly learn that you’ll be rejected many more times than you’ll be approved. Luckily, having come from being a student-athlete before I chose this path, I had been developing the habits of discipline and perseverance for over a decade by the time I was bitten by the acting bug in college. One of the things that was drilled into my mind from a young age, particularly by my football coaches, was that in order to be competing for a championship in November, you needed to dedicate yourself to conditioning and study of the game, as a team, beginning in August. I didn’t realize at the time that the double-session practices, where we would sweat and breathe dust in the humid heat of an East Coast Summer, were preparing me for the mental long-game that I would later need as an actor. In fact, many of the lessons I learned on sports fields have translated and allowed me to persevere during the many dry-spells I’ve faced as an actor over the years: showing up on time, being a good teammate, working on my individual skills on my own beyond team practices, studying film, conditioning. The parallels are endless. At the same time, I had to unlearn some of the very same habits when it came to my craft. While learning to “suck it up and get back in the game” helped me to persevere in my career, it prevented me from accessing more vulnerable emotions early on in my training. I have since learned new habits that have helped me to be more present as an actor, both with my scene partner and my own emotions. These range from learning to be more conscious of my breathing, movement and posture to giving myself the time to take a walk or simply use my senses of touch and smell more acutely without moving on to the next moment too quickly. While this may sound overly simplistic to a non-actor, learning to “just be” is essential in living truthfully on camera. Even with all of the habits I’ve developed over the years, it’s still something I’ll be striving to do better for the rest of my life. 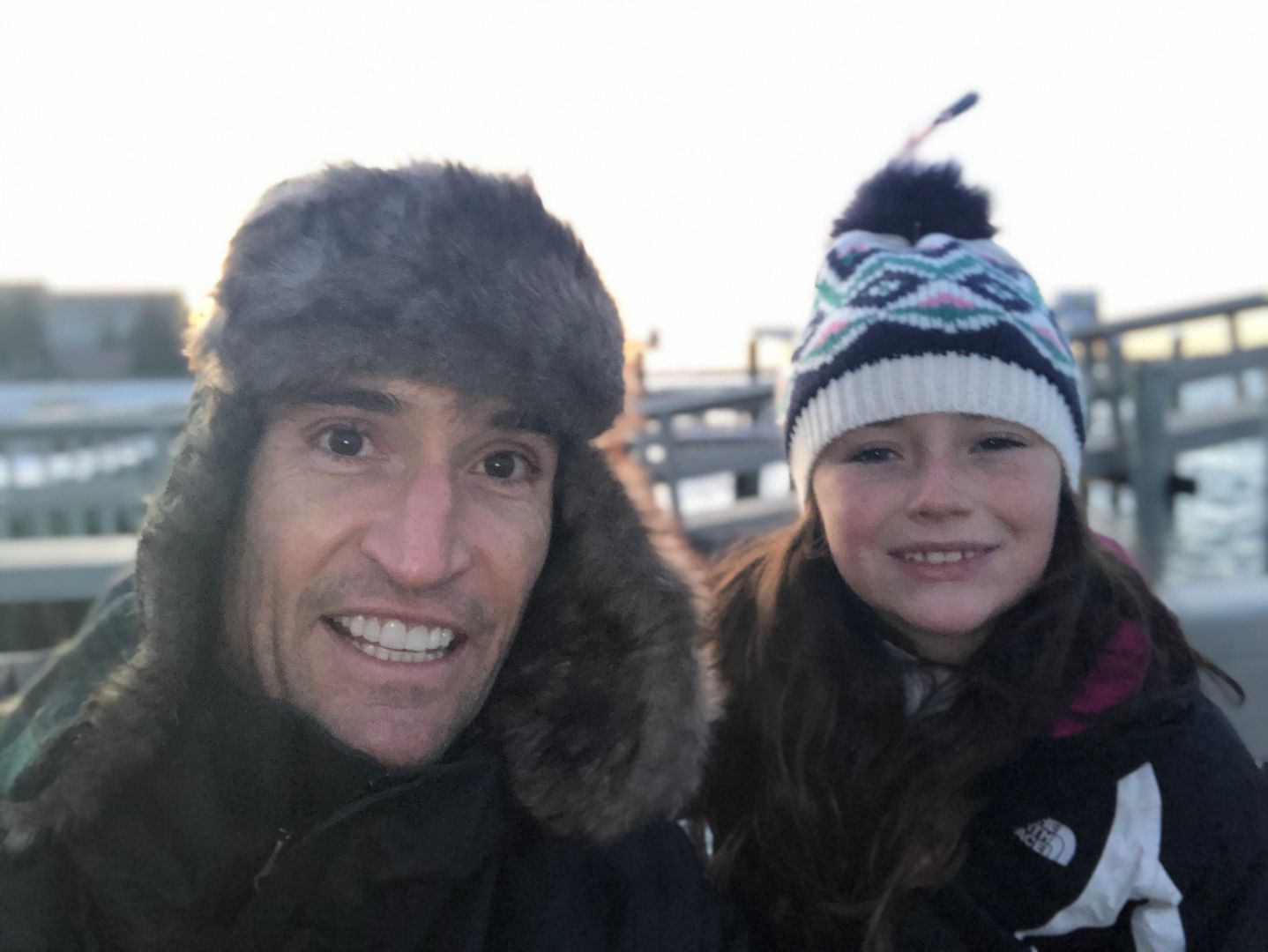 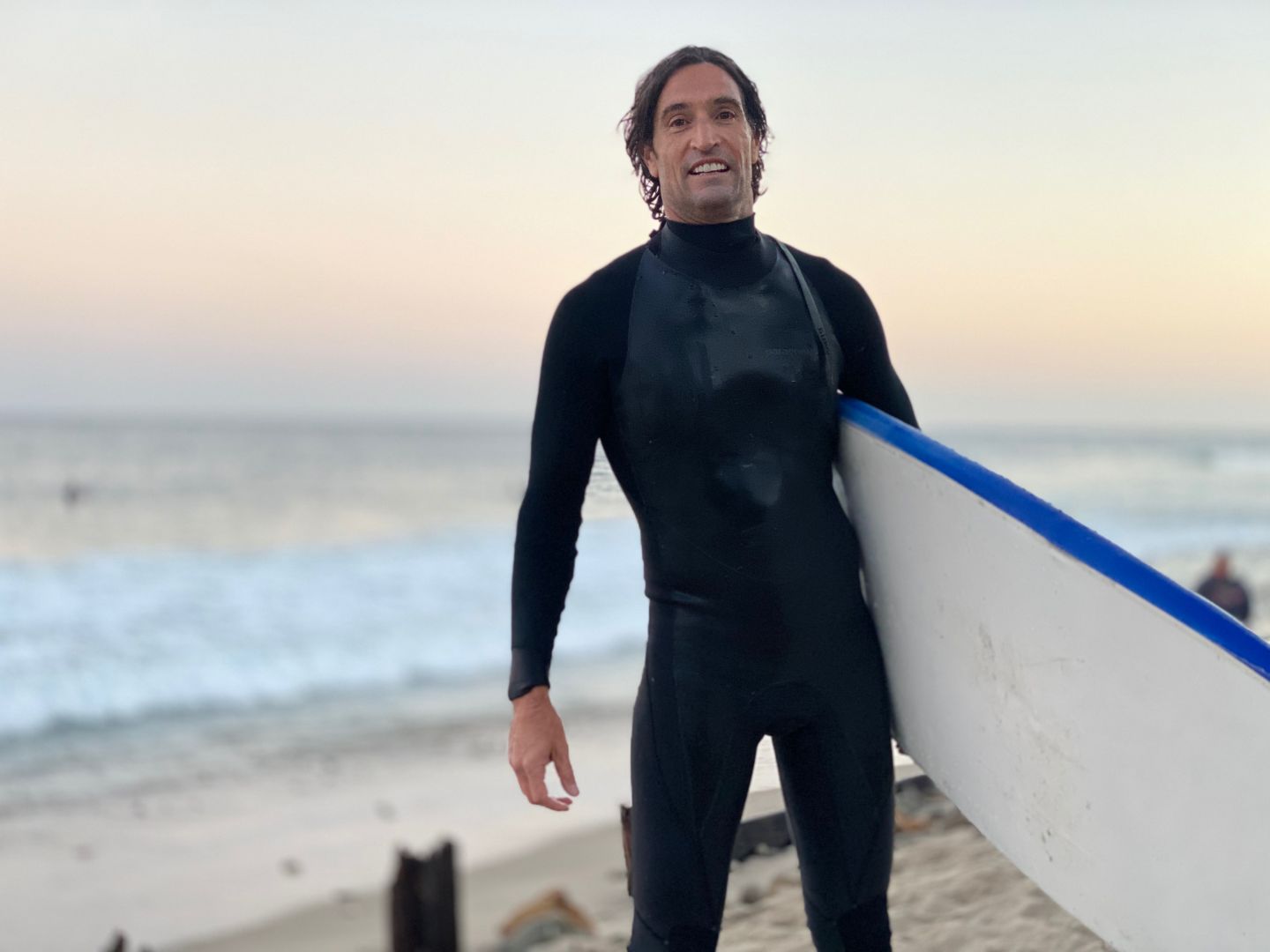 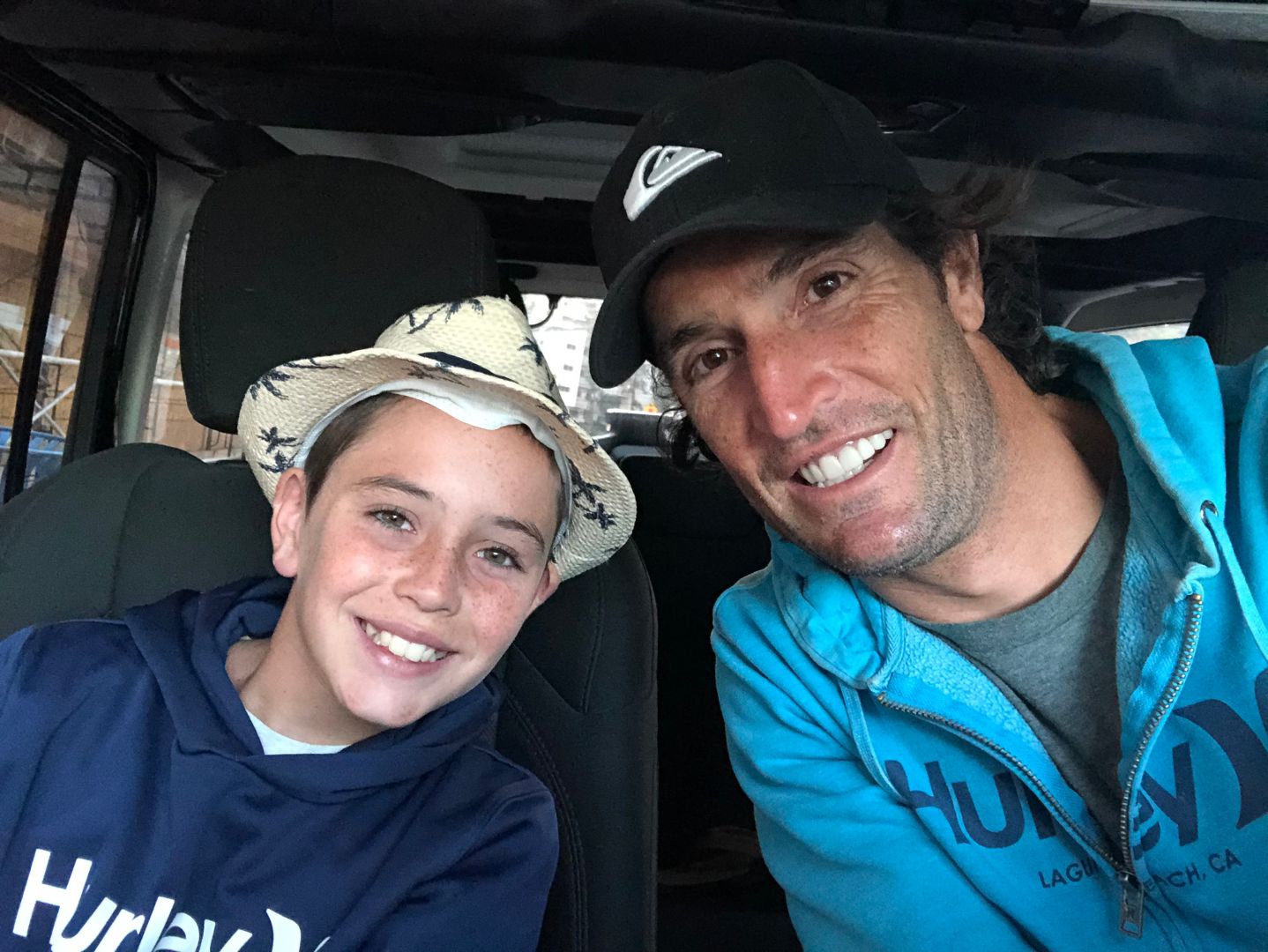 Alright, so let’s move onto what keeps you busy professionally?
While I feel extremely fortunate to have been able to work with some of the people I can now call collaborators on material that has been top-notch, I certainly can’t say that it’s been easy. If it were simple, I never would have launched a podcast called 10,000 NOs, or written a book by the same name. When people comment that my career impresses them I sometimes have to remind myself that I have a career because it felt like it came together so slowly. For each success, there have been a multitude of failures. That said, my father used to say that “failure is just opportunity in disguise” so I stole his quote and made “failure is opportunity” the tagline for the podcast. That mantra, throughout the years, has helped me to survive the sometimes lean times. It has also reminded me that most of my big breaks came on the heels of periods of time that felt like I was near the brink of disaster. If there has been anything I’ve learned over the years it’s that I need to keep putting one foot in front of the other. Many times it will feel like the wind is in our face and all of our effort is in vain. But whenever I have continued to march forward, while also being open to new ways of overcoming recurring challenges, I’ve found that eventually the wind will be at my back, helping me over the next hill.
One of the accomplishments I’m most proud of is taking all of the rejection that was weighing me down and turning it into my platform, through 10,000 NOs. By doing this, I’ve been able to turn the very thing that almost crushed me into opportunities to speak, teach and share stories of struggle, not just mine, but the stories of many of my esteemed guests. These stories have now helped others fight their own battles knowing they’re not alone.

Let’s say your best friend was visiting the area and you wanted to show them the best time ever. Where would you take them? Give us a little itinerary – say it was a week long trip, where would you eat, drink, visit, hang out, etc.
It’s been such a long time since I’ve been out and about on any regular basis, and I’m not a fancy person by nature, so I would likely tell them to take advantage of the natural resources here in LA. Regardless of which part of the city they are located, they could find a great trail to hike and capture some incredible views. If they are on the East side, they could go up to the Griffith Observatory and hike those trails and they can find places all along the Hollywood Hills until they end up near the ocean at the Temescal Canyon trailhead. If they’re looking for breakfast there are tons of spots on the Westside but I might send them to Back on the Beach so they can eat on the sand as they see the mountains jutting into the nearby Pacific. If they’ve got kids, like I do, they don’t have to worry as there’s a nice little playground adjacent to the restaurant, all outdoors. I’d tell them to rent a bike and ride along the bike path on the beach and make their way up to the point break where Sunset Boulevard meets the PCH. If they can get ahold of a longboard, I’d tell them to somehow grab a wetsuit and surf for a bit at Sunset before grabbing drinks and dinner at the Golden Bull nearby. If they’re resistant to all of this West Coast living, they can always grab an East Coast-style sandwich at the amazing Bay Cities Deli in Santa Monica or Schoop’s on Main street. 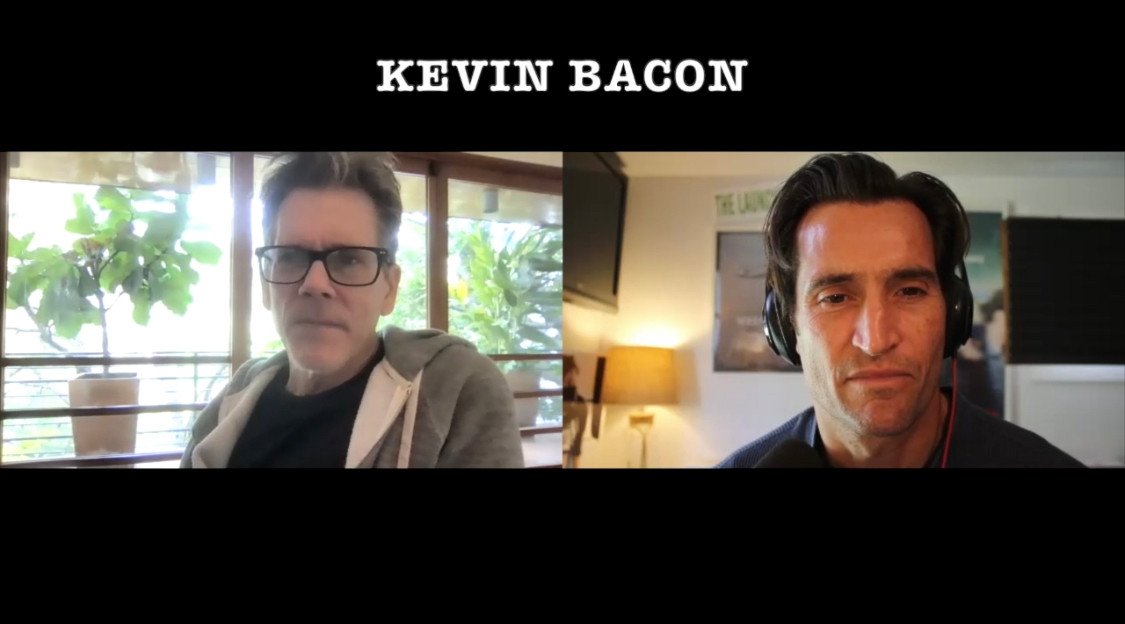 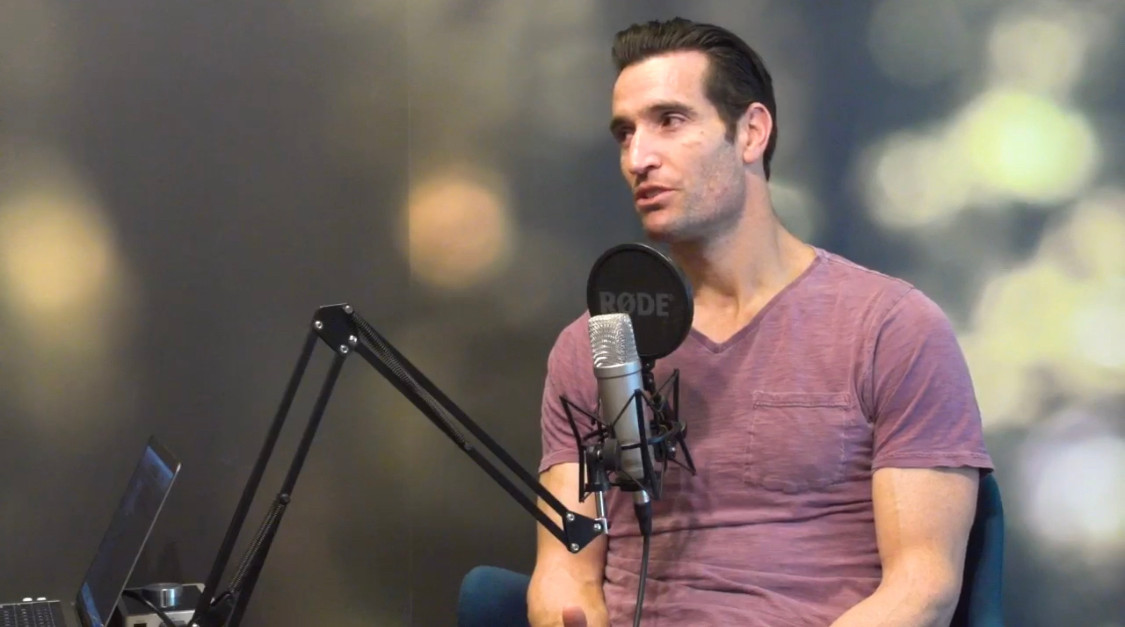 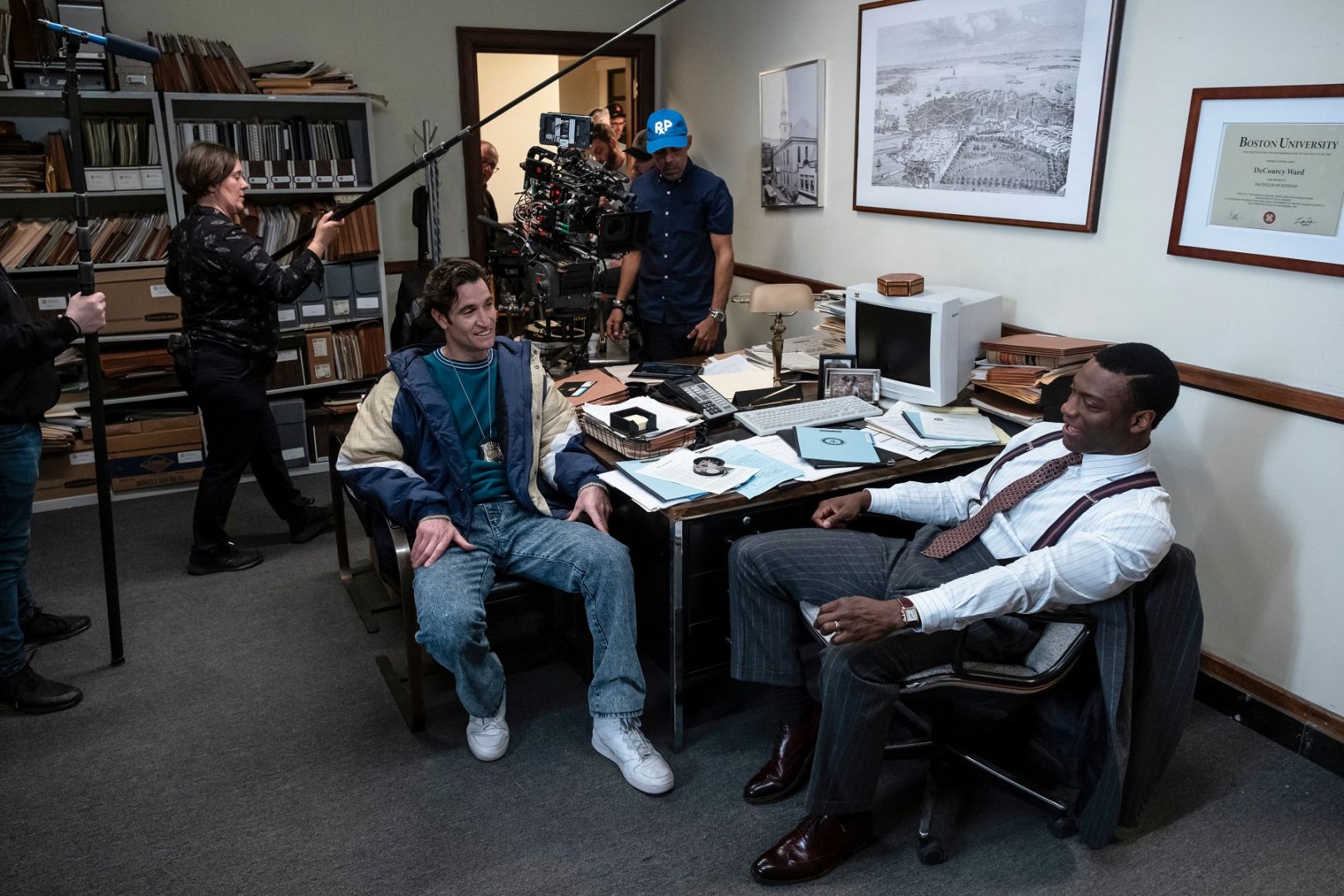 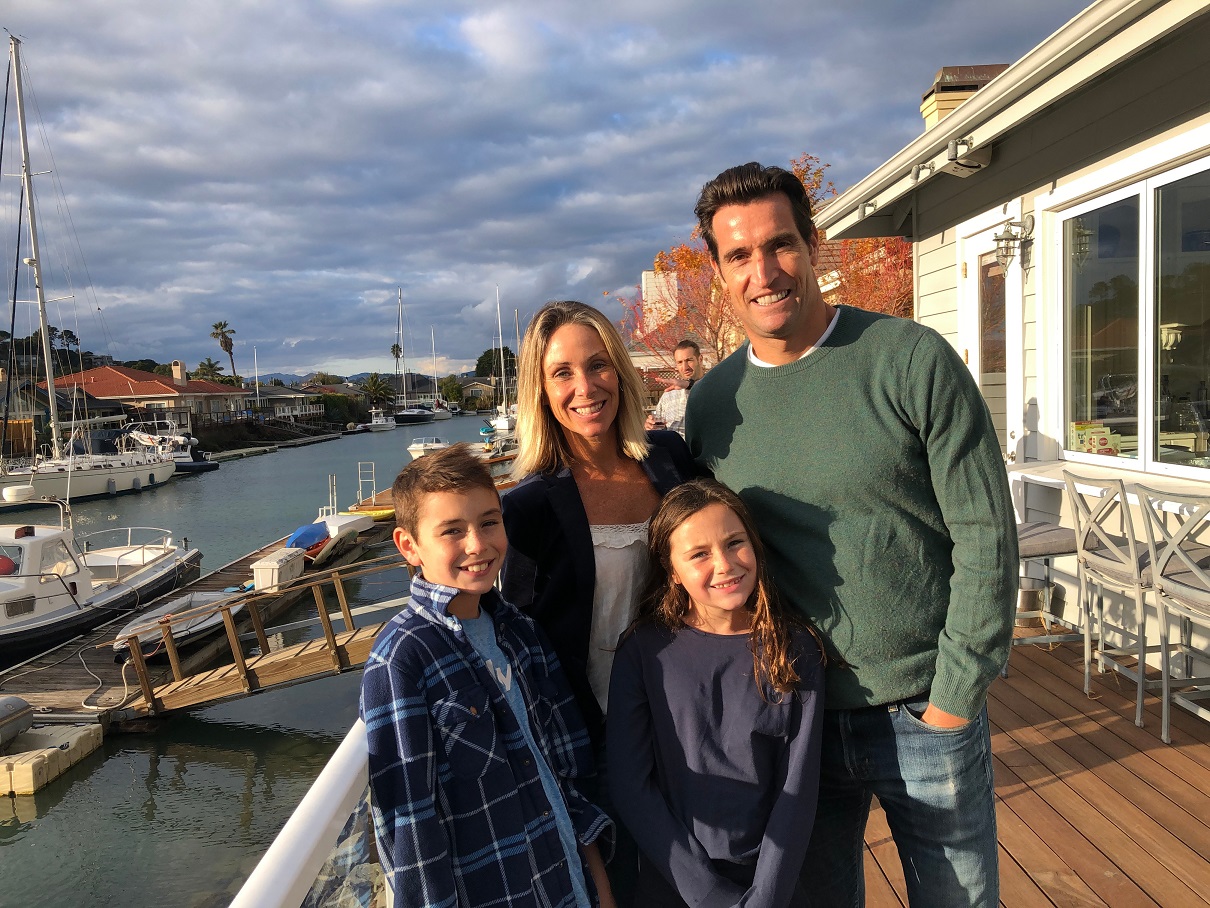 Shoutout is all about shouting out others who you feel deserve additional recognition and exposure. Who would you like to shoutout?
There are far too many people for me to shoutout in terms of helping me along, not only professionally, but personally. My parents have been unbelievably supportive throughout my entire life, including when I decided to be an Actor near the end of my four year college career (they told me they’d support me philosophically, if not financially). My wife, Deirdre, has followed me down the rabbit hole of roller coaster ride of a career, cheering me on the whole way. My kids have inspired me and motivated me to provide a decent example. My brother and sister, coaches, teachers, friends, family… without them I’d have nothing. My podcast guests and everyone that has ever helped get the word out or shot me emails or letters, telling me that what I’m doing has helped them in some way, have inspired me to keep going when the workload gets daunting. Special shoutout to my actor friend, Chris Messina, who has been helping me navigate the rough patches for over two decades, likewise Blake Robbins. Jon Gordon, my bestselling author former guest of 10,000 NOs, for having the generosity to introduce me to his publishers, Wiley & Sons, after reading a sample of my writing. I could never do justice to all the people I need to thank in this short of a space.