We had the good fortune of connecting with Maty Young and we’ve shared our conversation below.

Hi Maty, why did you decide to pursue a creative path?

I grew up in a family that was reprised mostly of erratic but impassioned business owners, however most of their business endeavours had already reached the end of their shelf life before I was born. My family was quite tumultuous and they had very little consideration for honest connection, communication or emotional grounding. It was an environment of instability that made my own person expression through child hood reticent and stifled.
It was a perfect storm of fruitless businesses, money struggles and a potent home life that enlivened my natural inclination to find spaces in which I could freely express myself and escape my day to day. Amongst all this madness and mayhem I had began private music tuition from the age of 5 and performing theatrically on stage age 12. It was all a prime foundation to develop a deep love for escapism, emotional honesty and a foundation for a lasting connection to the arts.
Reflecting on my creative ambitions now as an adult, I remember a defining factor of my adolescent self that separated my career choices from those of my parents and siblings, a deep seated sense of the phrase, but why? I remember always wanting to make sense of the aggression, of the reckless choices and emotional chaos. I remember having a very vivid realisation that there was never questions asked, never conversations had, never any want to ask but why is this happening? For me this question is the foundation of the arts. Being the first creative in the family was and always will remain quite difficult as there was and is very little understanding or genuine interest regarding my career preferences. However it is a constant reminder that I am the first in my family to go to college, the first to pursue a career in the arts and the first to break the cycle of my family volatility and lack of communication. For me it is a constant reminder that has always pushed me deeper and deeper into the careers I love and the spaces in which I belong and connect.
There are admittedly other more selfish means to my ends, such as being able to be my own boss, set my own hours, rates, workloads etc. Once my production business grew into what it is today I suddenly realised I was living a sustainable life supported by the arts. It was a goal I always knew was achievable but never had the backing in my own private life to know what that looked like.
Being 36 I feel I’ve already collected a short lifetime of accolades and experience. With over 18 years of live theatrical performance and somewhere in the realm of 25 productions as an actor, as well as collecting credits as co-writer and director in the Perth and Melbourne theatre scene, my theatre chops developed and were honed by spending 18 years with live audiences and by consistently working with and acting along side performers who were inspiring and truly wonderful at their craft. This is a much, much better way to develop your ability as a performer over any workshop or class. Get on stage and do, do, do! I have quite a strong opinion that a lot of, if not all, acting classes and courses are nothing but cults and “scams” designed to keep their attendees in a perpetual state of self doubt and loathing that makes one believe if they just pay enough to do these ridiculous workshops, one day someone will turn around and tell them, that’s it you did it, you’re an actor, now go be famous! There’s also that age old trap of, wow, you’re really attractive, you should be come an actor. Actors aren’t attractive people, they’re attractive because they’re brilliant actors!
Now to contradict myself, I have worked with, toured with and mentored performers from all three of Australia’s premier performance schools including WAAPA, NIDA and VCA. I have worked and toured a commedia dell’arte show, worked with writers from the renounced Melbourne Theatre Company, been a standing member of several theatre troupes and companies as well as starting my own business in Melbourne which I brought with me to LA. I began gigging and working as a musician professionally around 24 years and began touring, recording and gigging after having been accepted into a conservatory where I studied jazz for several years. I have been onstage in one form or another learning scripts and set lists since the age of 12.
There is something very significant for me to be able to live in a way that is incited by genuine expression, passion and honesty. There’s beautiful irony in the fact that I now own and run a business just like everyone else in my family but the pure foundation of that business is so far removed from what I grew up with I find myself mentally and physically seperate from that past and every day cherish the fact that I am working in a field that allows me to ask the question why. 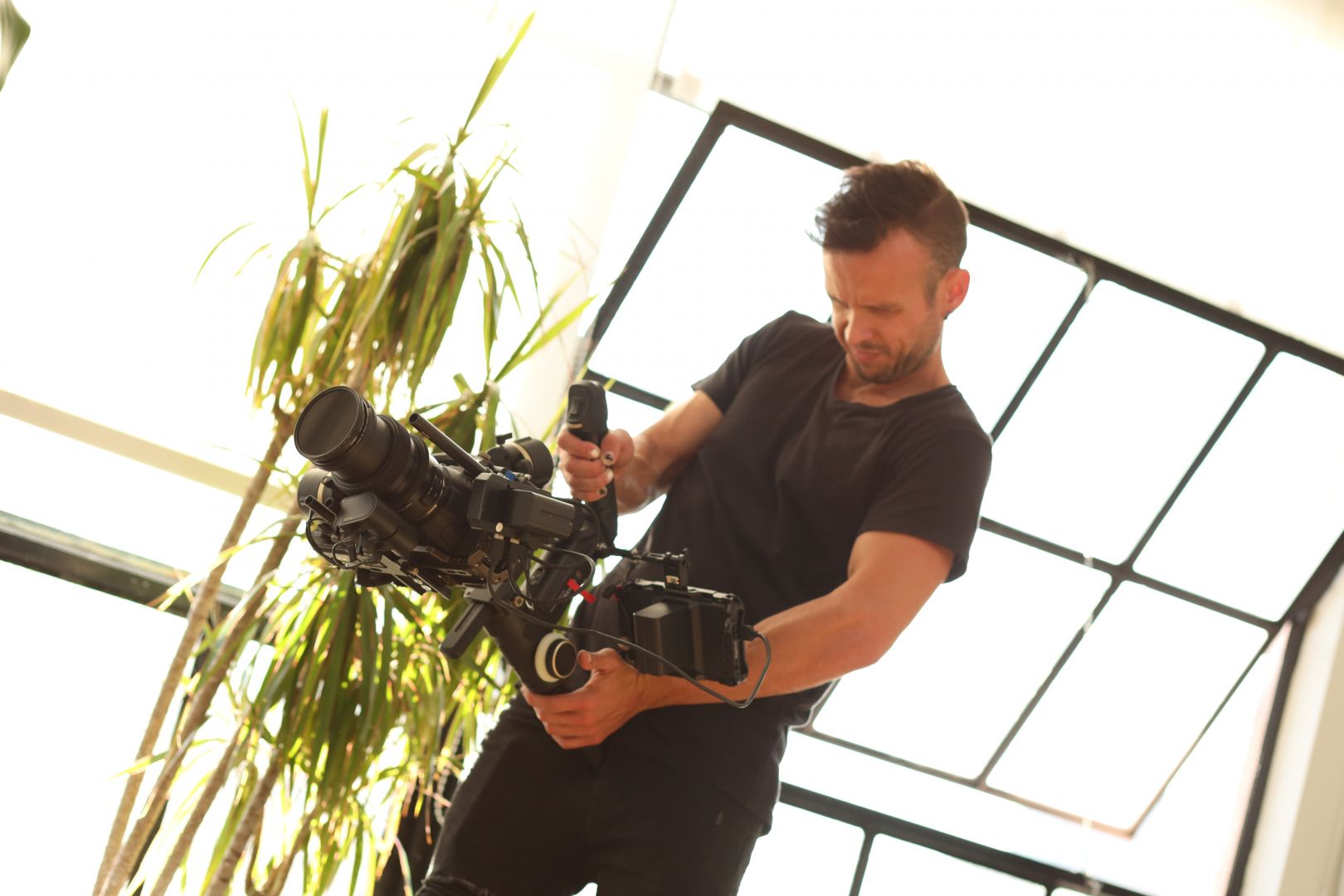 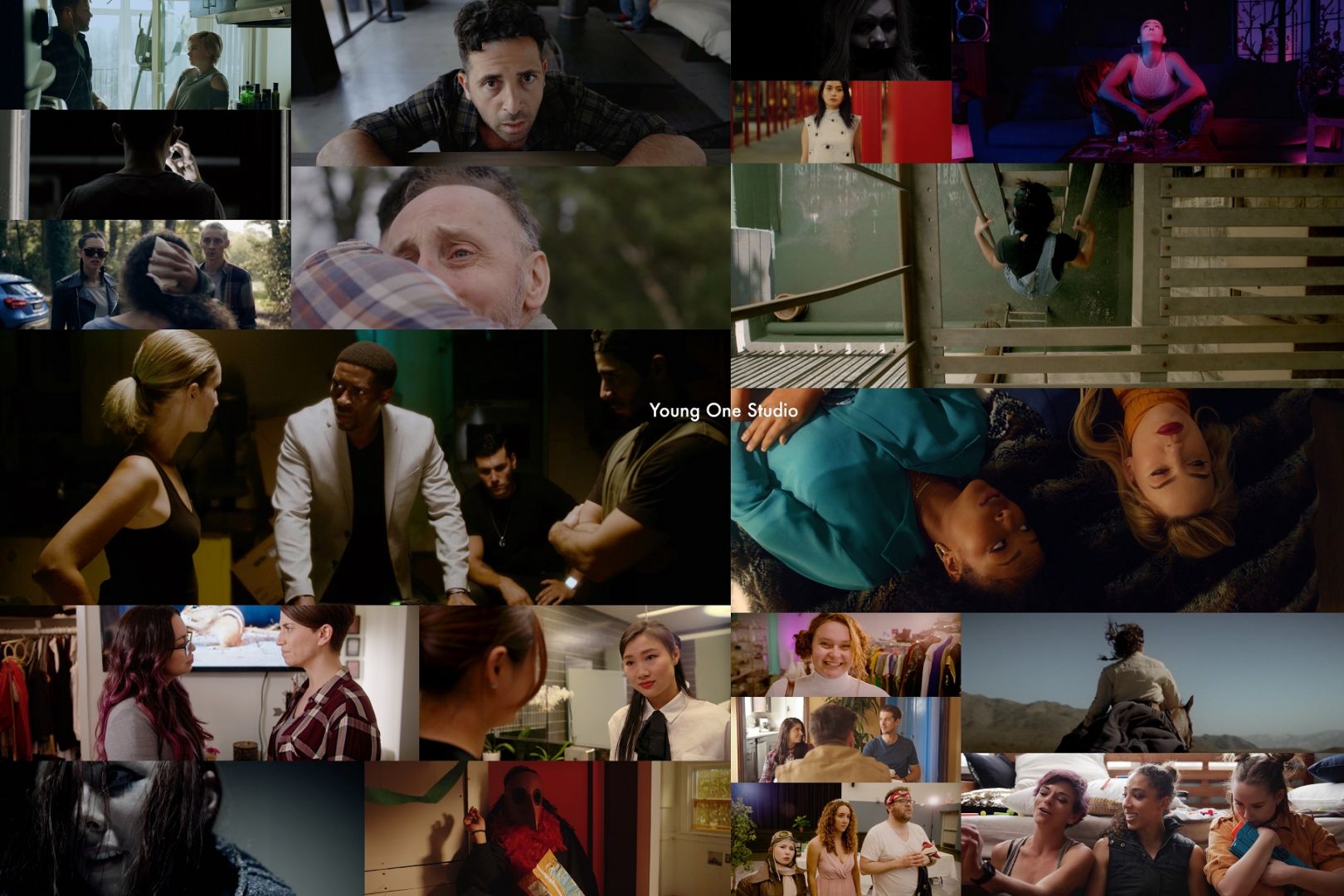 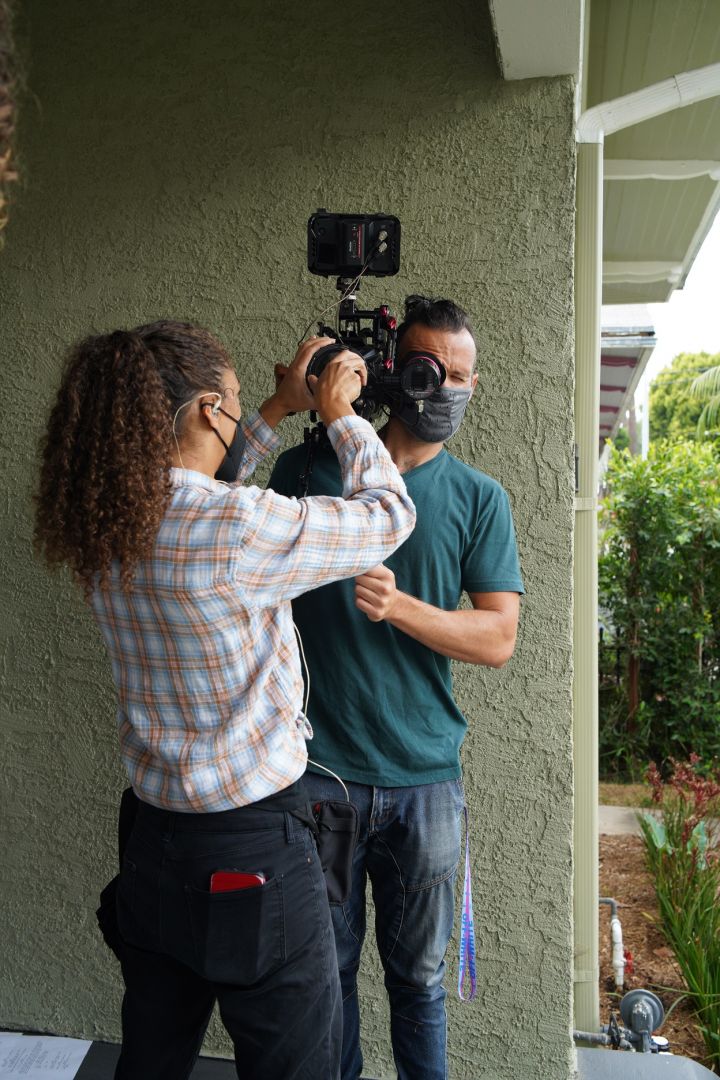 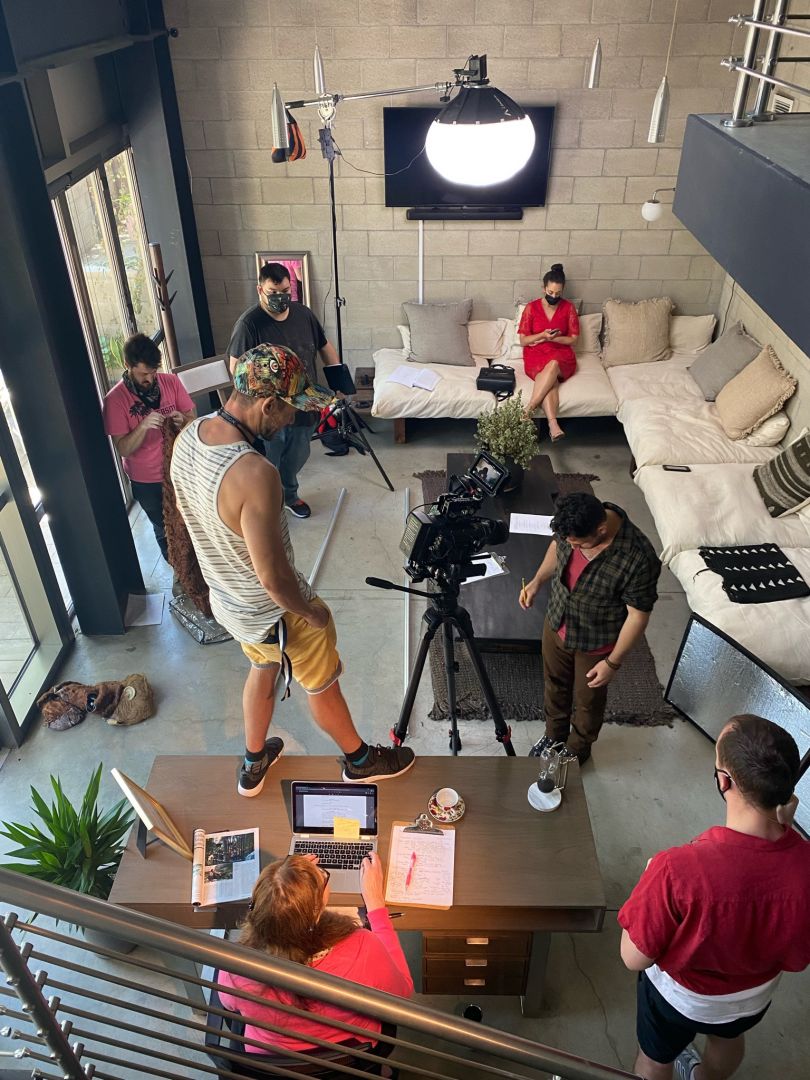 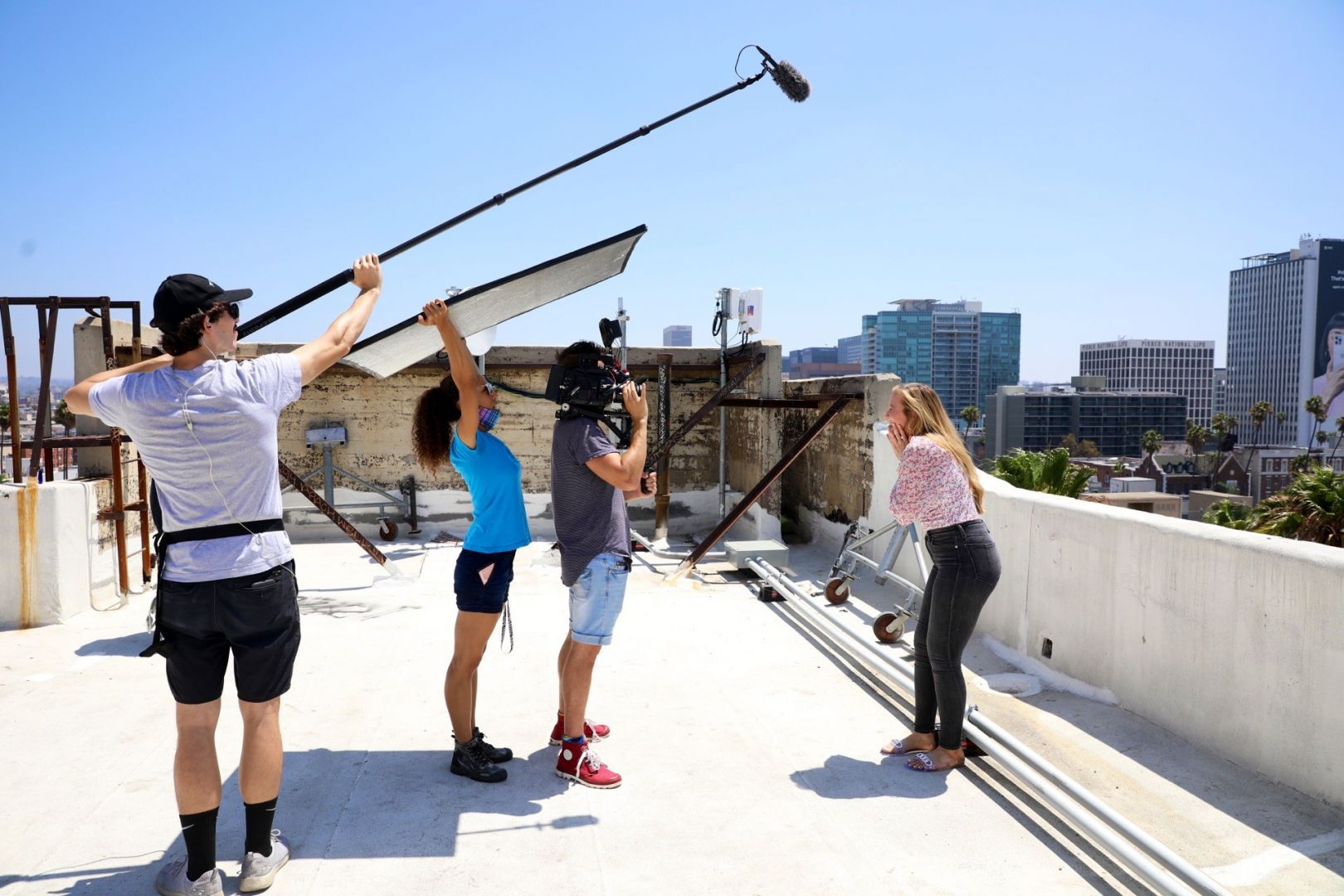 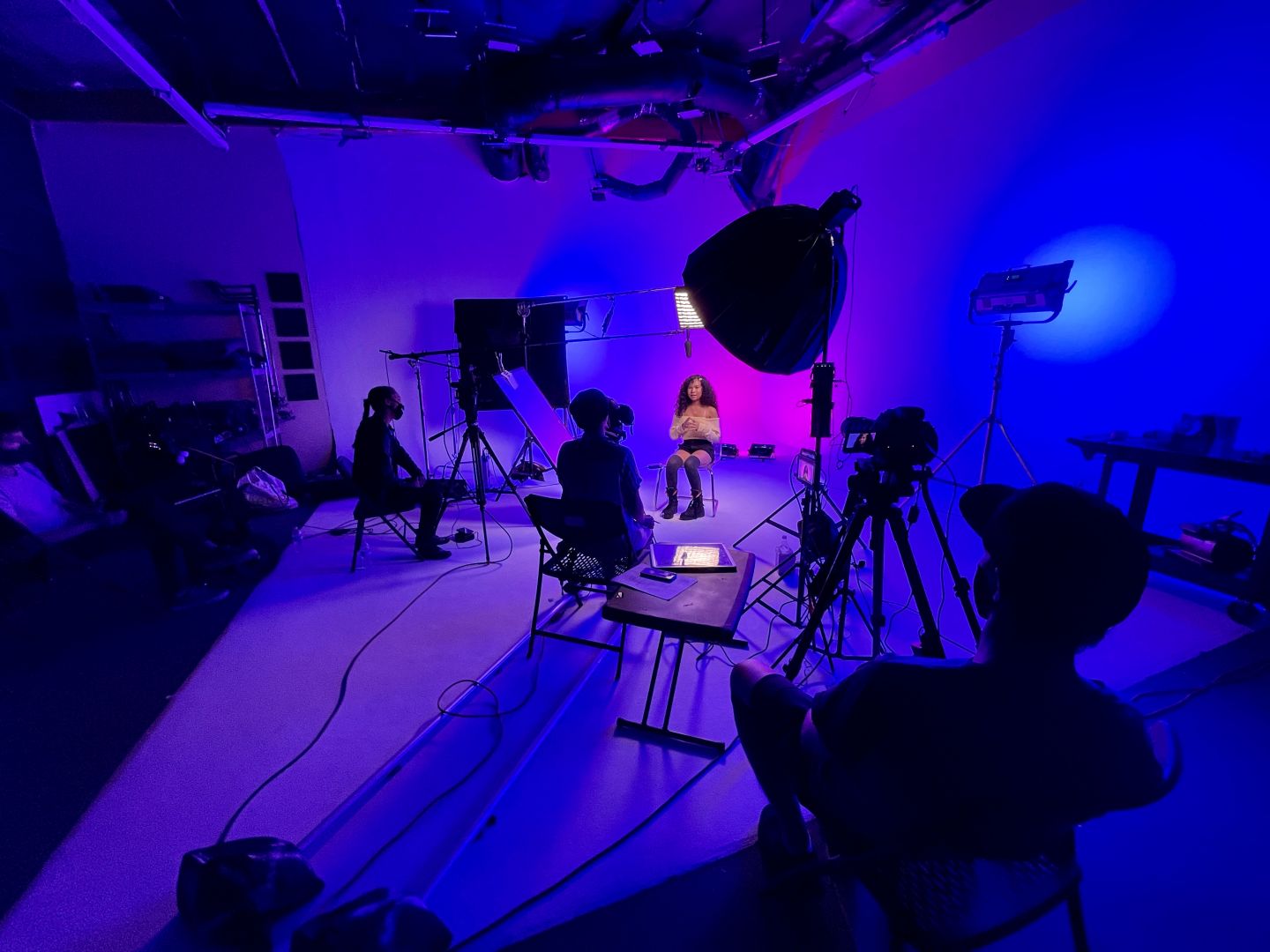 So, we do a few things really well. First off, we began with highly affordable demo reel scenes for actors, and at 100 scenes, written, directed, filmed, and edited later we’re pretty darn good at it. We then began creating music videos which really took off once we moved to LA with the huge array of standing sets to hire, the creativity and production value tripled overnight. Then of course, we create short films, any genre, mostly any budget, and these all generally do very well with awards across the board from writing to directing, cinematography to original score. We filmed our first feature in 2020 (written and directed by the owner operators of 2 Hands Productions over in West Hollywood) and that sold to HBO which was an awesome experience. We also have several films running the festivals at the moment with one, ‘The Outfit’ garnering over 30 awards and still going!
We are known for our incredibly affordable prices and high-quality products. This is due to the nature of the business mostly being run by my wife and I. We bring in bigger crews when the project demands, but we have learnt to cover almost all aspects of the filmmaking process between the two of us. Yes, the stress is high, but it allows us to keep the costs low and the clients happy.
One thing that sets us apart from the competition at the moment (besides our pricing) is our fast turnaround. Whenever we are asked, “how long do you think it will take to get this to me?” and we reply “within the week”, most people look genuinely stunned. Again, the magical team of my wife and I put in the long nights and get the edits done. Being able to keep it all in-house means turn around can be extremely fast.
Brand wise, at the moment, the awards are speaking for themselves. It’s the nature of the game really, the more narrative projects you make the more awards you want to see coming in as it means someone somewhere thinks you’re doing a good job. Collect enough of those awards from the right festivals and you’ll keep creating better projects. I know it’s not all about those laurels, but it does spark the interests of clients. Clients with bigger budgets, actors with better chops, larger rental house budgets, crews who want to work with you ‘cause they know you can deliver, etc.
I personally love creating demo reel scenes. I get to write in any genre, create these little magical moments out of a larger cinematic context, light it, film it, edit it, deliver it, done. We get a client, we have an adea and we get to create it and have a finished product typically within a few days. On a larger scale, we are hunting at the moment for better scripts. We’re all about the story and I think sometimes we forget that and get caught up in filming whatever comes our way for a dollar and hoping something sparks interest somewhere. We want to see scripts that wow us. If we find that then budget isn’t of the utmost importance. We are making a conscious pivot from “oh yeah, if it pays we’ll film it” to, “oh wow this script is incredible, please let us make this with you”.
Currently we have a couple of films doing the circuits with one in particular ‘The Outfit’ currently doing very well with over 30 accolades across the USA and Europe.
As mentioned before, a big win for us was filming the feature film “Single Mother by Choice” by Two Hands Productions which is now airing on HBO Max and just screened at Festival de Cannes.

Any places to eat or things to do that you can share with our readers? If they have a friend visiting town, what are some spots they could take them to?
Many of our LA adventures centre around food. We often pick a cuisine and then go exploring based on Yelp reviews and IG photos, which have taken us to some amazing places. Seafood in Malibu, gastropubs in the Arts District, enormous breakfasts at North Hollywood eateries and vegan fare in Hollywood. When we moved to LA we did all the usual touristy things – the Hollywood Walk of Fame, Santa Monica Pier, etc. but if friends or family came to visit we’d also have to include a hike in the gorgeous Angeles Forest, a sunset at El Matador beach, a trip to the Venice Canals, and if it’s Winter, a weekend at Big Bear or a mountain resort. There are so many hidden gems in LA and having only been here 2 years, we’ve barely scratched the surface. 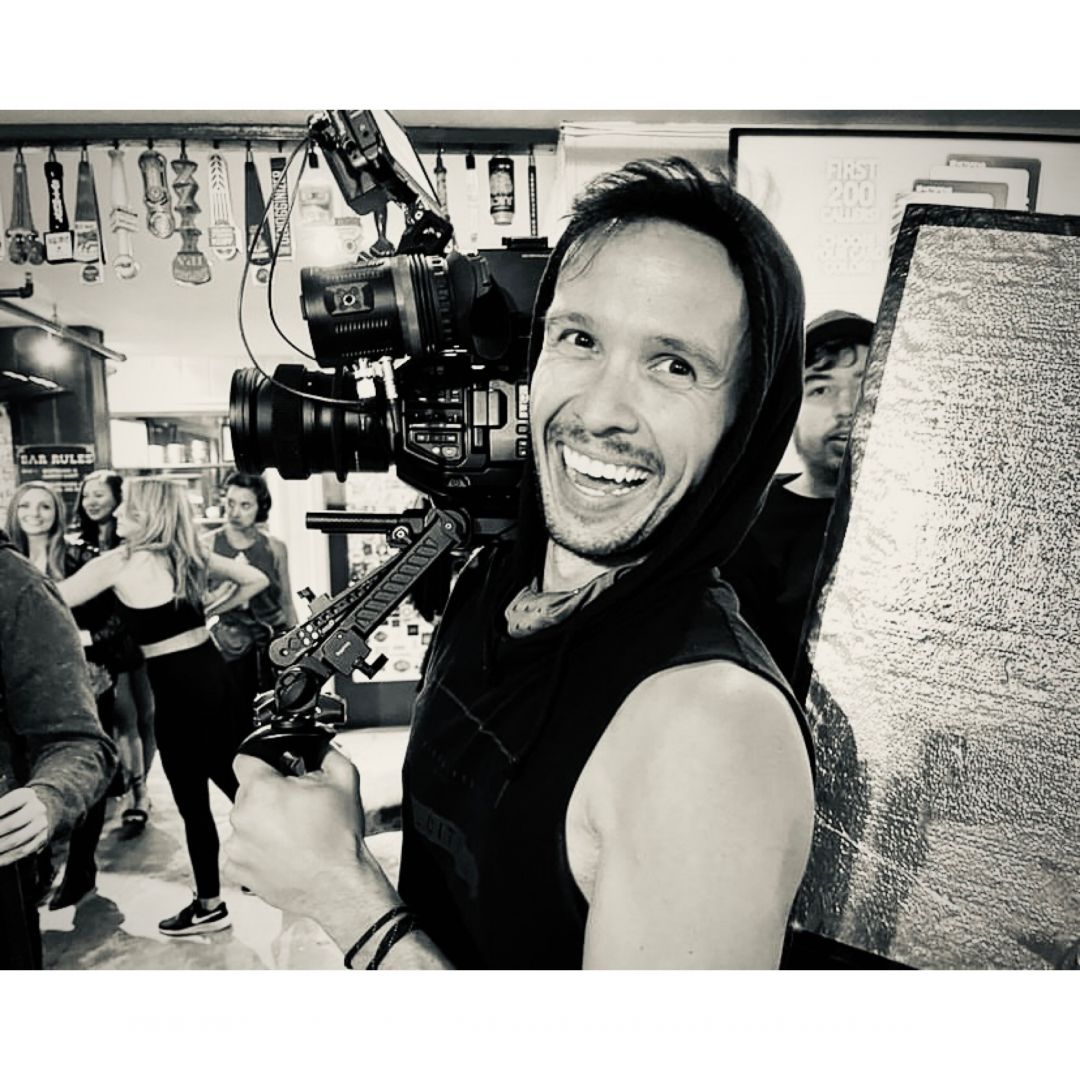 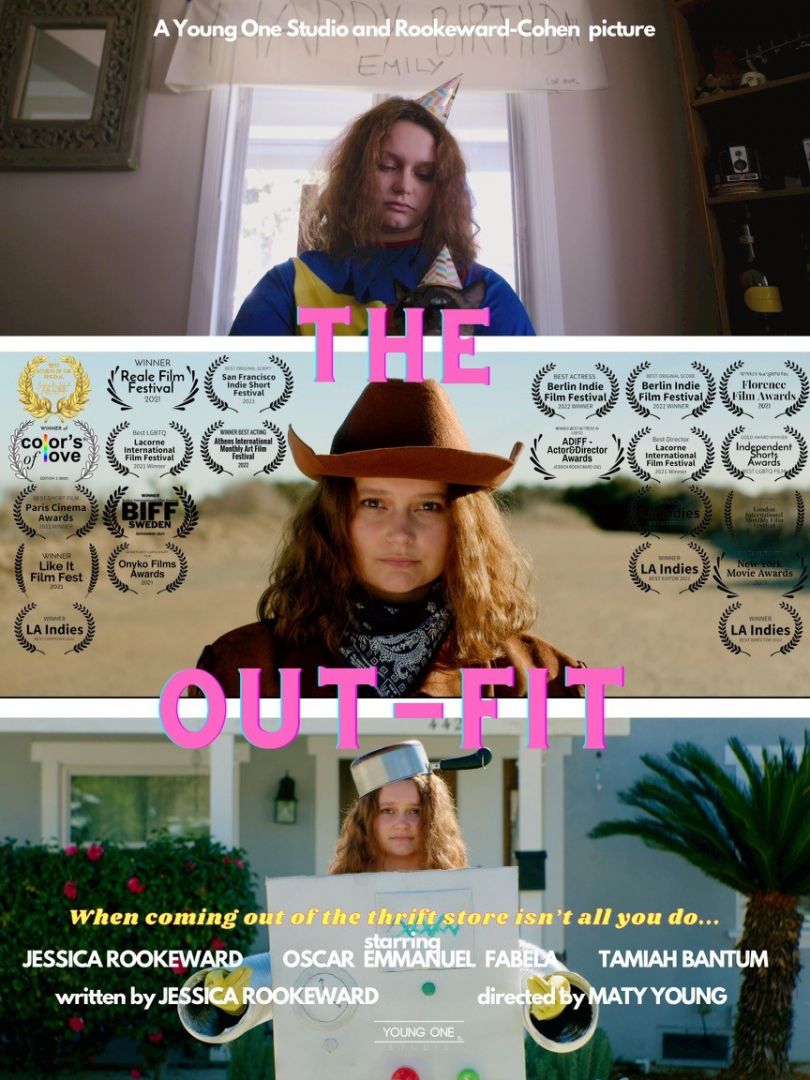 Shoutout is all about shouting out others who you feel deserve additional recognition and exposure. Who would you like to shoutout?
Definitely my partner Tamiah Bantum, without her I wouldn’t have had any support during all this. Her knowledge, acting ability, intelligence and commitment has been my corner stone to achieve and succeed where I would have otherwise given in to the demands and stress of deciding to make movies for a living.