We had the good fortune of connecting with Mia Pollini and we’ve shared our conversation below.

Hi Mia, do you have a favorite quote or affirmation?
Not to be that guy, but I have a couple. And they’re lengthy. Thank you for being patient. Or if you’re a question prompt purist, scroll along. I get it. If not…

First, when looking for pins to pin to my “Goals! Plans! Vision Board!” Pinterest board – stay with me –, I saw this Tweet – stay with me part deux – which read: “Did you really have a bad day or did you have 10-20 minutes where you let your thoughts run undisciplined which led you to a bad vibe that you let carry you away? C’mon bro… you run this shit. Pay attention.” You’re so right @HazellsMySpirit. I do run this shit.

Second, my favorite writer Eve Babitz in Slow Days, Fast Company, “I did not become famous but I got near enough to smell the stench of success. It smelt like burnt cloth and rancid gardenias, and I realized that the truly awful thing about success is that it’s held up all those years as the thing that would make everything all right. And the only thing that makes things even slightly bearable is a friend who knows what you’re talking about.” How dare you, you inconceivably perfect bop.

And third, Irving Berlin: “The problem with being successful is that you’ve got to keep being successful.” Both his and Eve’s (we’re clearly on a first name basis) deal with this concept that I try to keep at an arm’s length which is once I get _______, then I’ll do/be ___________. Like, no bruv, probably not. I’m fascinated and preoccupied with the correlation between longevity and external validation and lasting fulfillment; she says, groundbreakingly, being an actress and comedian. 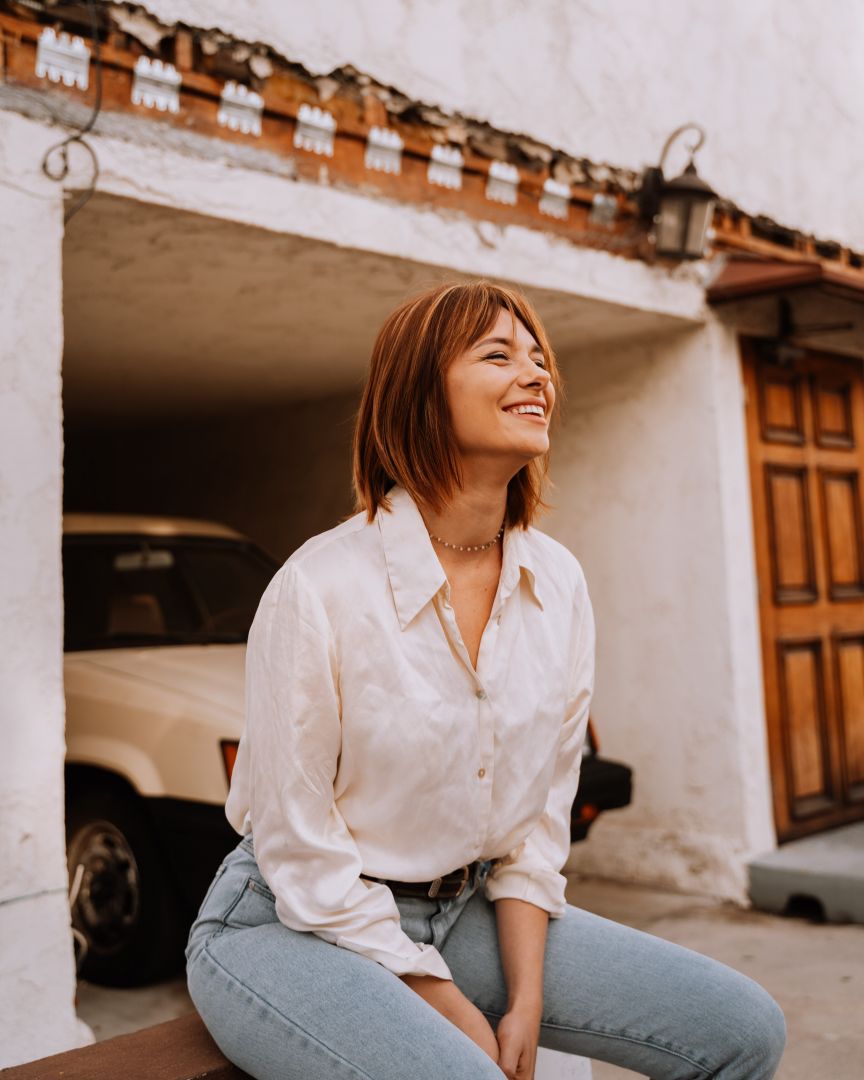 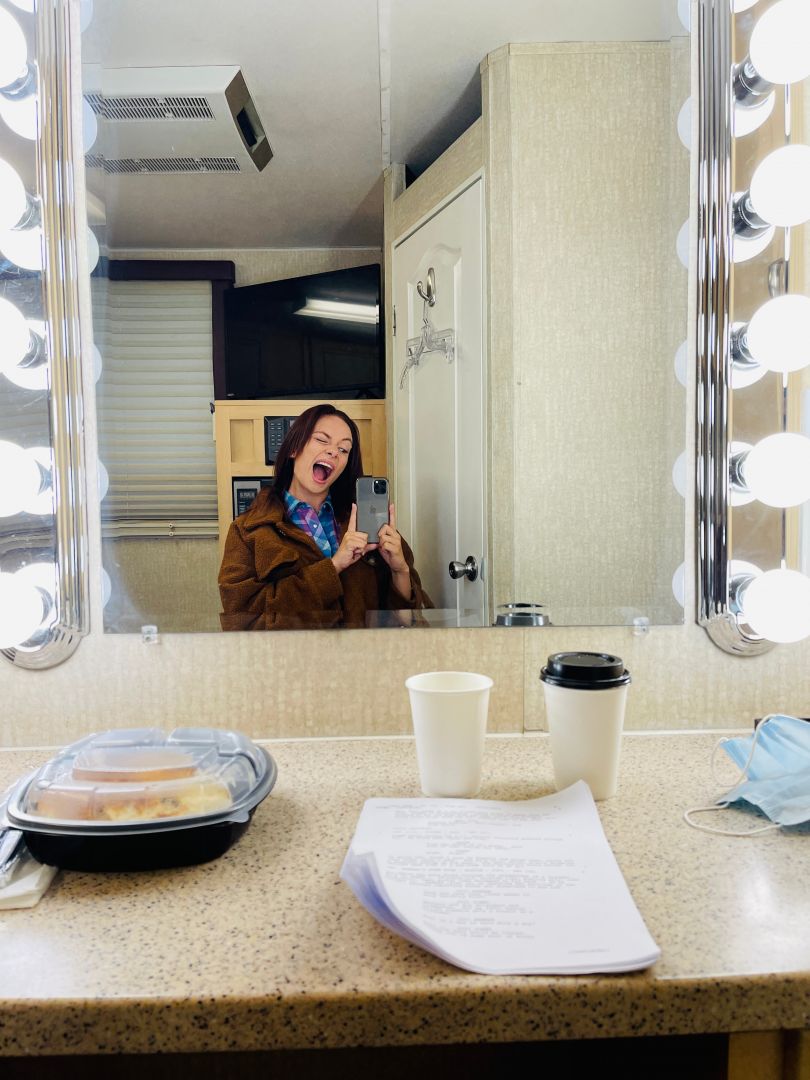 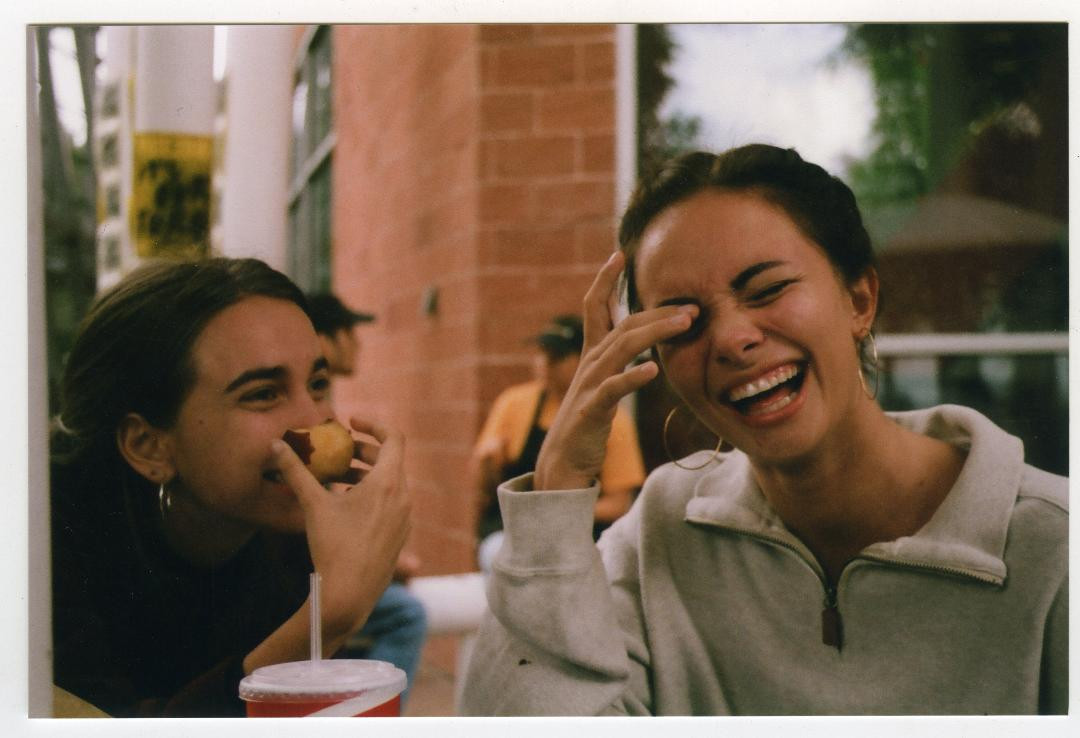 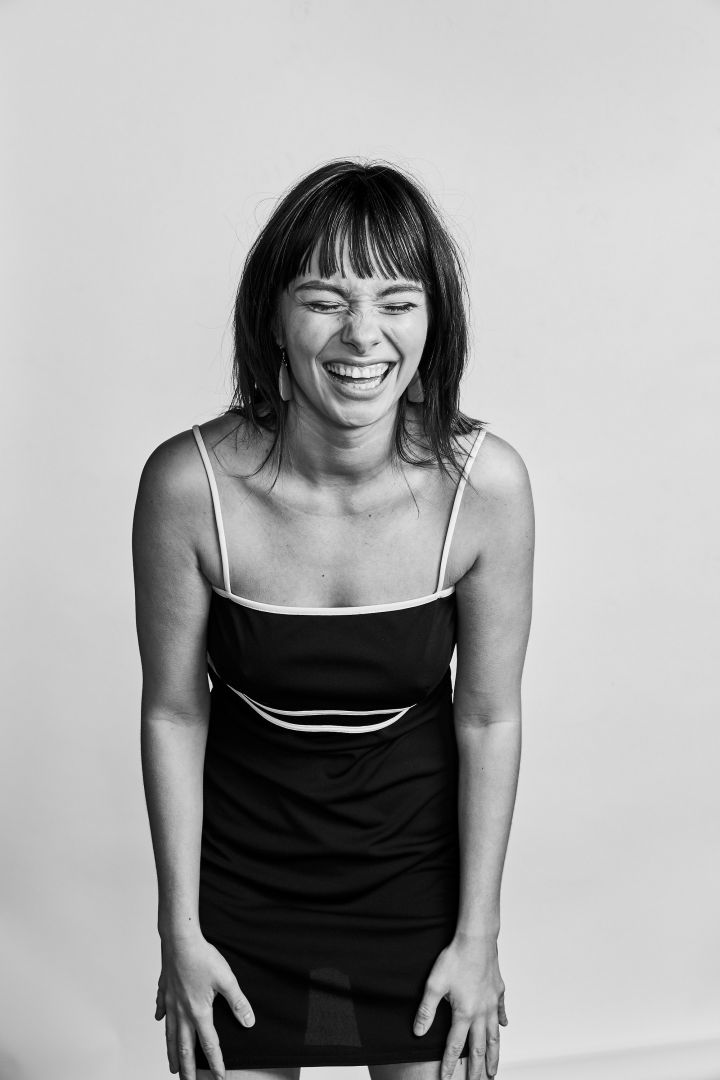 Alright, so let’s move onto what keeps you busy professionally?
Welp, I don’t think where I’m at or what I’m trying to do artistically is at a place where I can say with confidence and sincerity where I definitely stand out from everyone else. Is that a weird thing to say? Do I sound vague and whiny? I hope you don’t think so. I just, ugh, I mean it’s all still in a magma-y stage right now. This is definitely a transitional, growing and learning time for me – and not in some deeply profound way, in like from simply being on an extra comedy kick that three performers that are really inspiring me are Sacha Baron Cohen, Bo Burnham and Lil Dicky. I’m not joking at all even a little. All geniuses I want to succubus the vibes from.

What I know right now is that I love making people laugh and cry (yikes) and feel/think about things from a changed point of view, I love working with a driven group of talented and creative individuals with those same ambitions, and I want to leave the world less shitty than when I first entered the narrative.

Not to be too masturbatory, I’m pretty proud of and excited about a few projects I’ve gotten to be a part of the last couple of months. This past summer I got the privilege to film MPI’s comedy short ‘Unloaded’ written and directed by the brilliant Claudia Murray, had worked with the ladies of Pretty Funny Women on a stand up showcase at Flappers Comedy Club last Sep. 29th, and you can catch me guest starring on SEAL Team on CBS in October!

Getting to the sort of budding intermediate tier that I’m at in this moment has been a combination of persistence, obsessiveness, opportunism, competitiveness, love, fear, other broad and epic nouns regarding the human experience. It’s been easy in the sense that I’ve been lucky enough to have been born in the entertainment capital of the world with a foundation of support and gassing up with the right skill set intersecting with the right aspirations and desires.

My story and brand… hm… okay. Mia Pollini is very “ooh she’s so cool with her tired sounding voice and complicated face” meets “can’t fall asleep at night because she’s terrified she’ll have an aneurysm in her sleep”. Mia Pollini’s essence just screams “wants to make other people more comfortable via her own discomfort so she can feel more comfortable, but in a sexy fun hot way that is also moving and also also hilarious”.

Any places to eat or things to do that you can share with our readers? If they have a friend visiting town, what are some spots they could take them to?
A whole week vibing with one of my favorite people in the coolest, weirdest excuse for a city ever? You gotta be kidding me. (Read that sentence the way Spongebob says it, it’s much more fun.) Good idea, doing it as an itinerary – will keep me from going off the ramble rails. Okay, let’s say she gets here on Monday. And let’s say the weather will be beautiful all week because it always is.

Monday – Pick her ass up from Burbank. We’re both starving, so we go to Aroma Cafe on Tujunga. Essential LA Valley spot. I get their huevos rancheros and an iced chai latte with oatmilk (I’m exactly who you think I am, what can I say.) Then, we drive on the 101, get off on Kanan and head to Westward Beach. It’s the best drive in all of forever. At night, we got to Motown Monday at The Short Stop – all vaxxed and masked up to get down.

Tuesday – Sleep in a little, get up and walk down the street to my favorite little homey coffee shop Marie et Cie. Next, we’ll head over to the TCL Chinese Theater and see a matinee. Then lunch at For The Win aka the yummiest burgers ever. And we end our day going up to the Getty and walk around, admiring the Turners and Rembrants and laughing at the exposed tiny marble penises until the sun sets. Ahhhh.

Wednesday – Wake, to Ventura Boulevard and window shop. Grab lunch at my old work Studio Cafe. Get our nails done at Josephine’s so we feel all pretty for our concert at the Greek Theater or the Wiltern or the Forum – all magical venues – later that night. Then, we’ll go out to Zebulon for a few drinks and to make fun of the people also out getting drinks on a Wednesday in Silverlake.

Thursday – We start out the day by hiking at Fryman because you just gotta. Then, we go grab the best tacos on the planet at Mariscos Jalisco and drive to a nearby park and feast. After that, we’ll head downtown and check out The Last Bookstore (largest new and used bookstore in California). Then we have the best sandwich of all time at Freedman’s.

Friday – We eat at Sushi Stop. Then we go to the Griffith Park Observatory at some point. And finally, we end up at Davy Wayne’s before it gets too late and/or we’re too plastered. RIP me the first and only time I’ve been there.

Saturday – We go see comedy at The Largo at the Coronet. Pete Holmes who is perfect has a residency there right now. Bo Burnham showed up one night and performed one of his new songs with Phoebe Bridgers. I love Los Angeles. 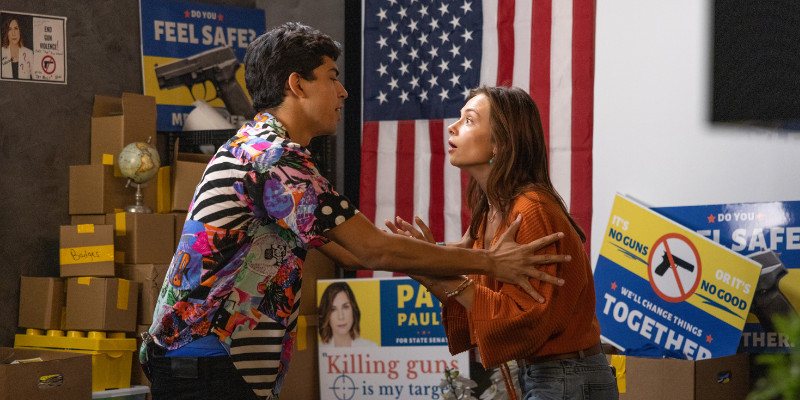 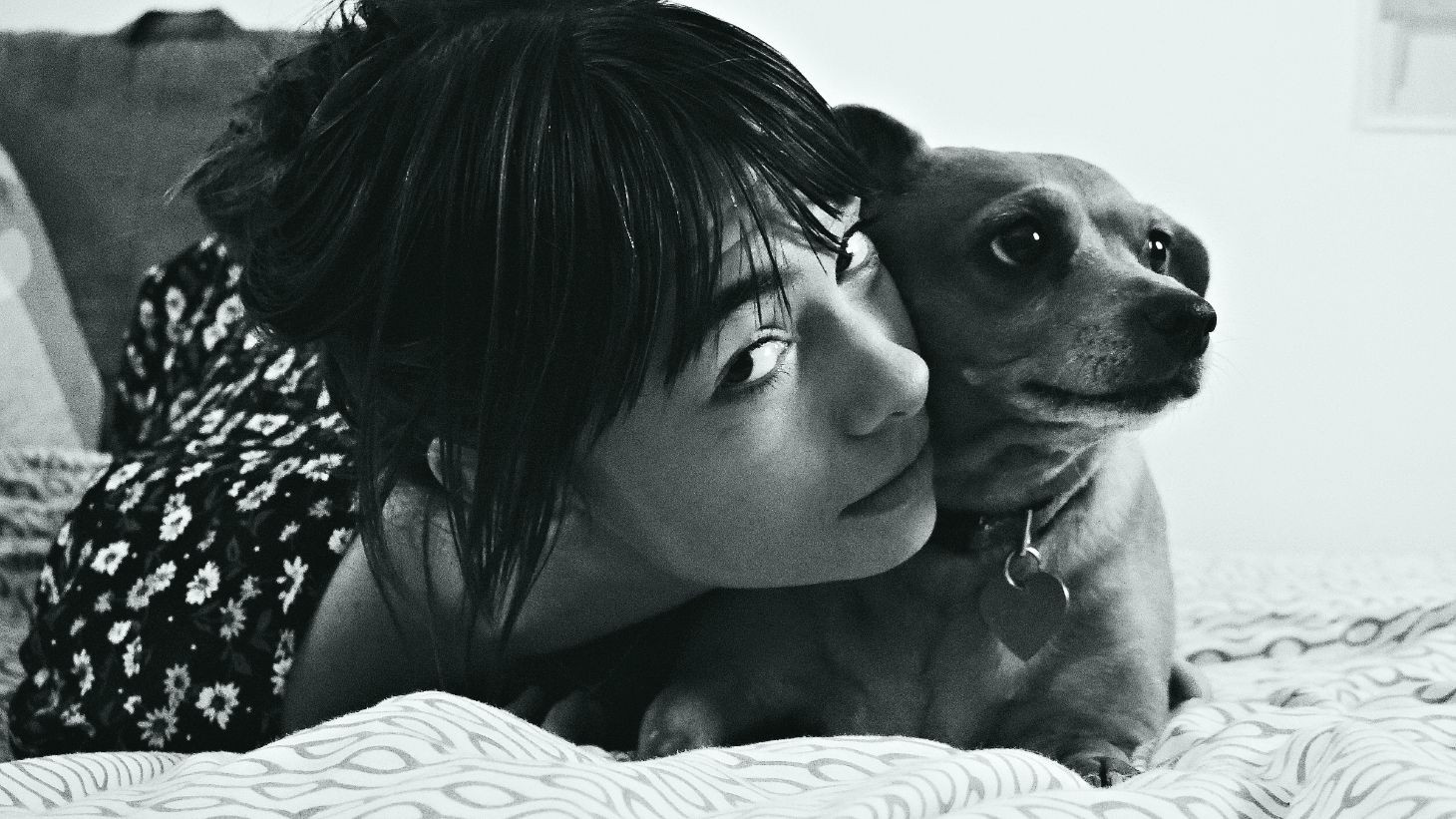 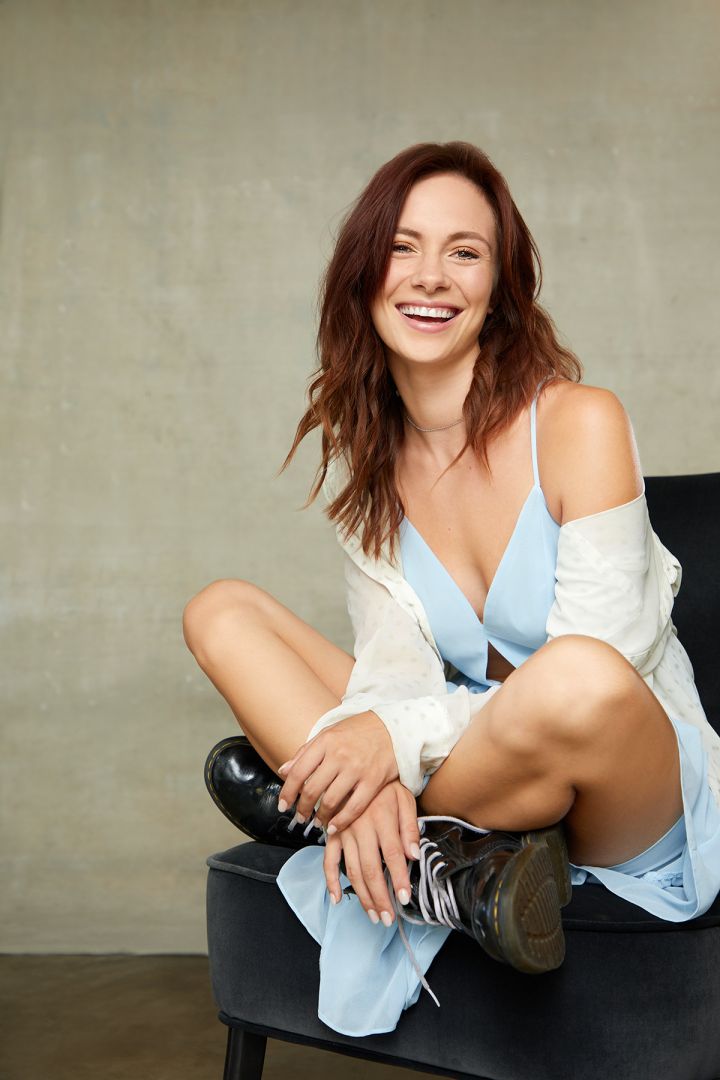 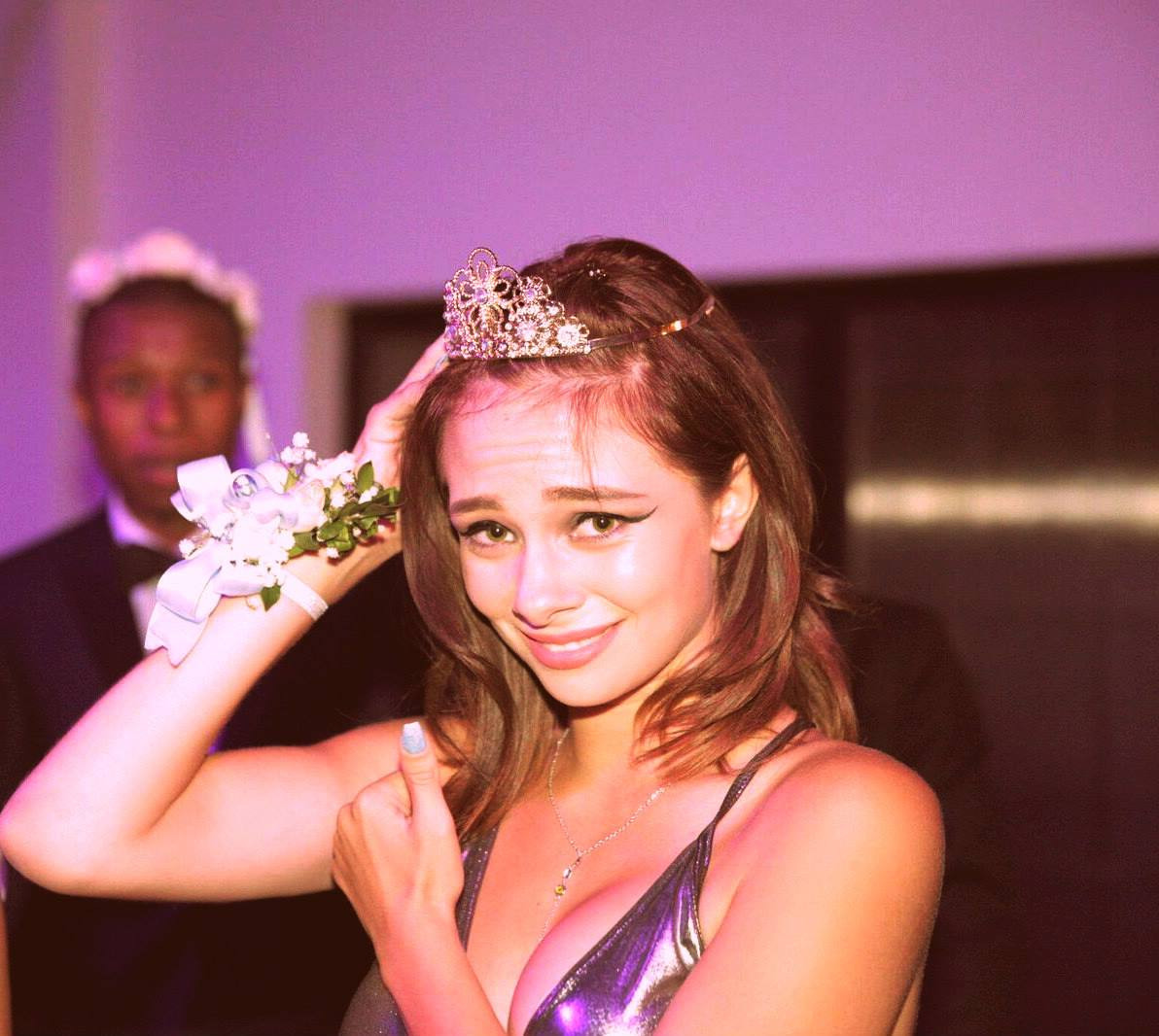 Who else deserves some credit and recognition?
Well shit. There are so many people and relationships in my life I’m grateful for and that deserve recognition. Yikes, okay.

Online interview gun to my head: mi madre Tina, who not only gave birth to me like such a baller, but raised me on her own
and made me who I am today and as of the writing of this article, I haven’t totally ruined everything! And it really takes a village to make so that that stays that way. So thanks mom and all of her best friend gang gang.

Also, my best friend gang gang. They know who they are. I love and appreciate you more than you’ll ever know. Call me back.

Donovan Wolfington, who nominated (feel real bougie typing that) me for this series and is a never-ending source of joy and support and inspiration and brilliance. Yeah, I said it.

Audrey Moore and Elisa Perry both changed my life at a mind-bogglingly pace in the past 6 months. Working with them, getting their guidance and feedback has made me not only a better actress but a better person.

Anyone and everyone I’ve done comedy with these past few years – from my high school improv elective class to Groundlings to UCLA to house party open mics to Pretty Funny Women. Without the encouragement and laughter from all of them, I would never have had the confidence to try and be funny professionally. I would’ve probably still gone for it, but it would’ve sucked way, way more.