We had the good fortune of connecting with Michelle Park and we’ve shared our conversation below.

Hi Michelle, what’s something about your industry that outsiders are probably unaware of?
I want others to know that actors who choose this career path for them aren’t doing it for all the fame and the glam that you think comes with being an actor. When I chose a career in acting, it sometimes felt like people would judge me for either doing something “just to be famous.” I want everyone to know that there’s a lot on the line with a big career change like this, and it’s not something us actors take lightly. We understand the risk, we know it’s not easy, we know that money isn’t always abundant in our bank accounts haha. I give so much credit to my actor friends who moved from different states to coming to LA for the first time to pursue acting. We don’t do it just for the fame. There are so so so many working actors out there who aren’t A-list actors and many working actors who aren’t “famous.” But there are so many actors out there who work their butts off and hustle, just like many of us in any occupation, and they consistently work to provide for themselves and live the life they need. A reminder to us actors too, that even though you might not be “famous,” that doesn’t mean we’re behind or not a professional actor.

Along with that, I also ran into comments about acting being too unstable and not a real job. It was an occupation that was looked down upon and something fun to do, but just as a hobby. You see, I grew up as an Asian-American surrounded with Asian-American friends who have immigrant parents. Just like mine, growing up our parents always told us to find a stable job and make good money, leading to a good life here in America. I felt like I was going against all that to fulfill my passion and dream, and it felt like many peers around me didn’t understand. It was also a struggle at times because I didn’t have others around me who were pursuing a creative career in the arts/entertainment. However, I’m glad to say that as time went on and seeing the rise in AAPI faces on the big screen, many of my family and friends have become so supportive of the path I’m taking.

These are just a couple of comments I personally heard, especially at the start of my career, so just wanted to address this and hope that those who’ve felt this as well can relate and know you’re not alone! 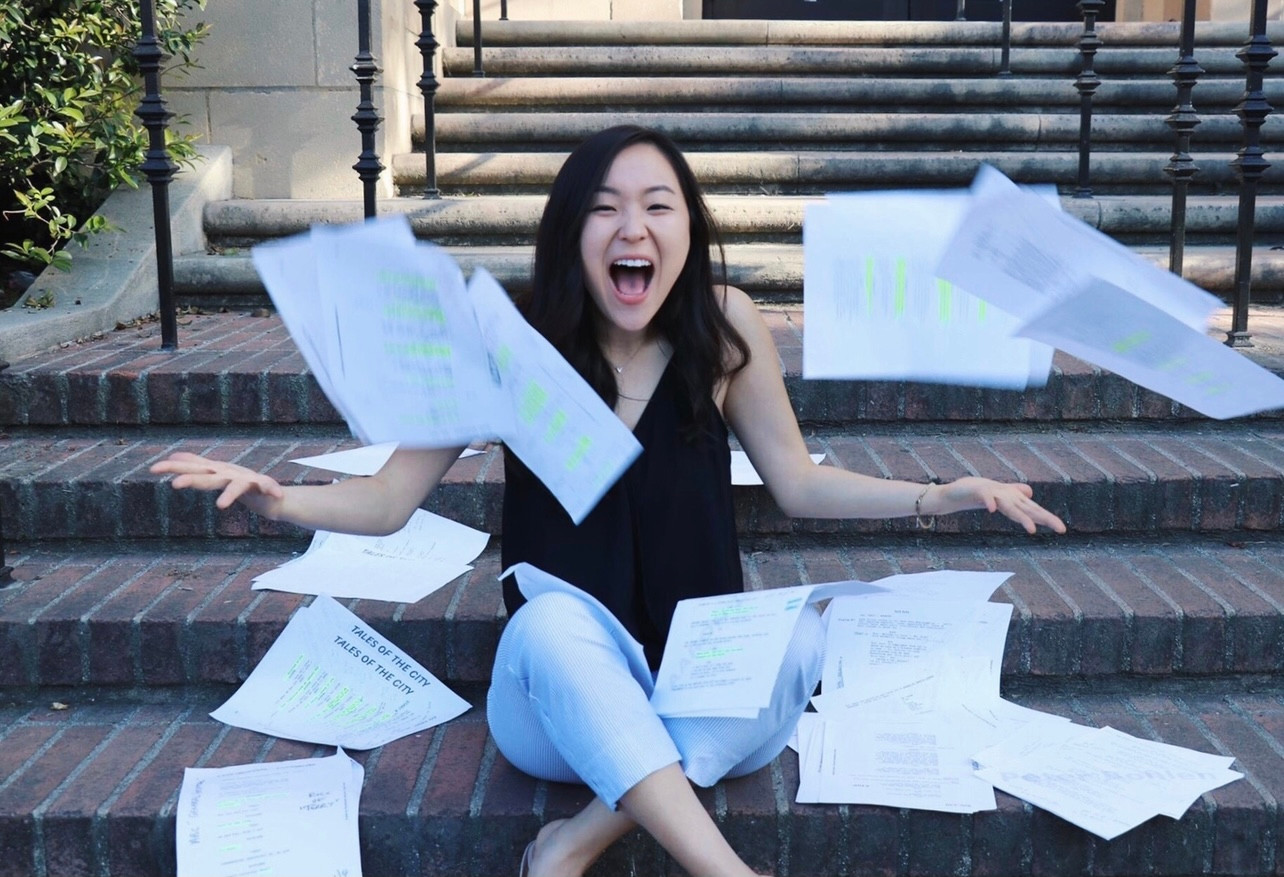 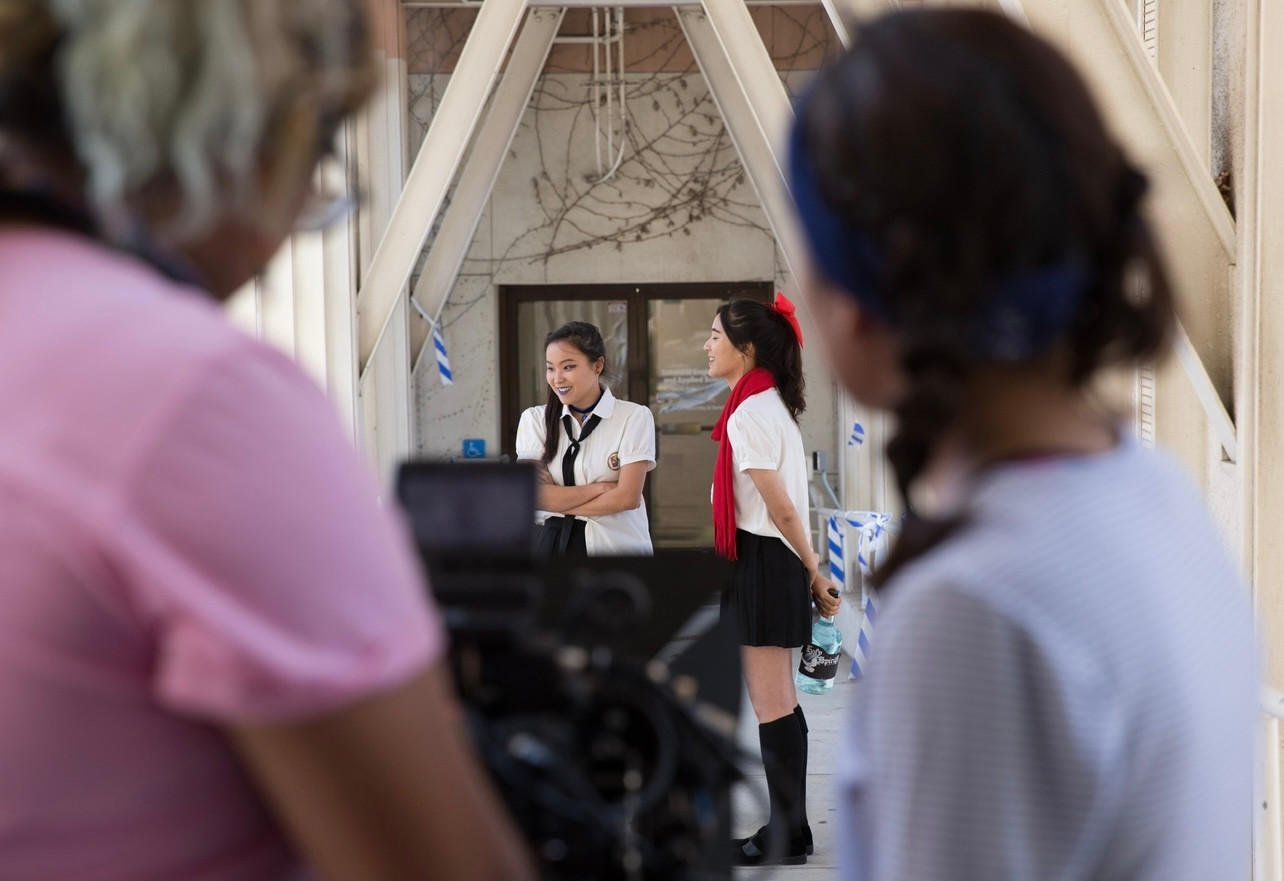 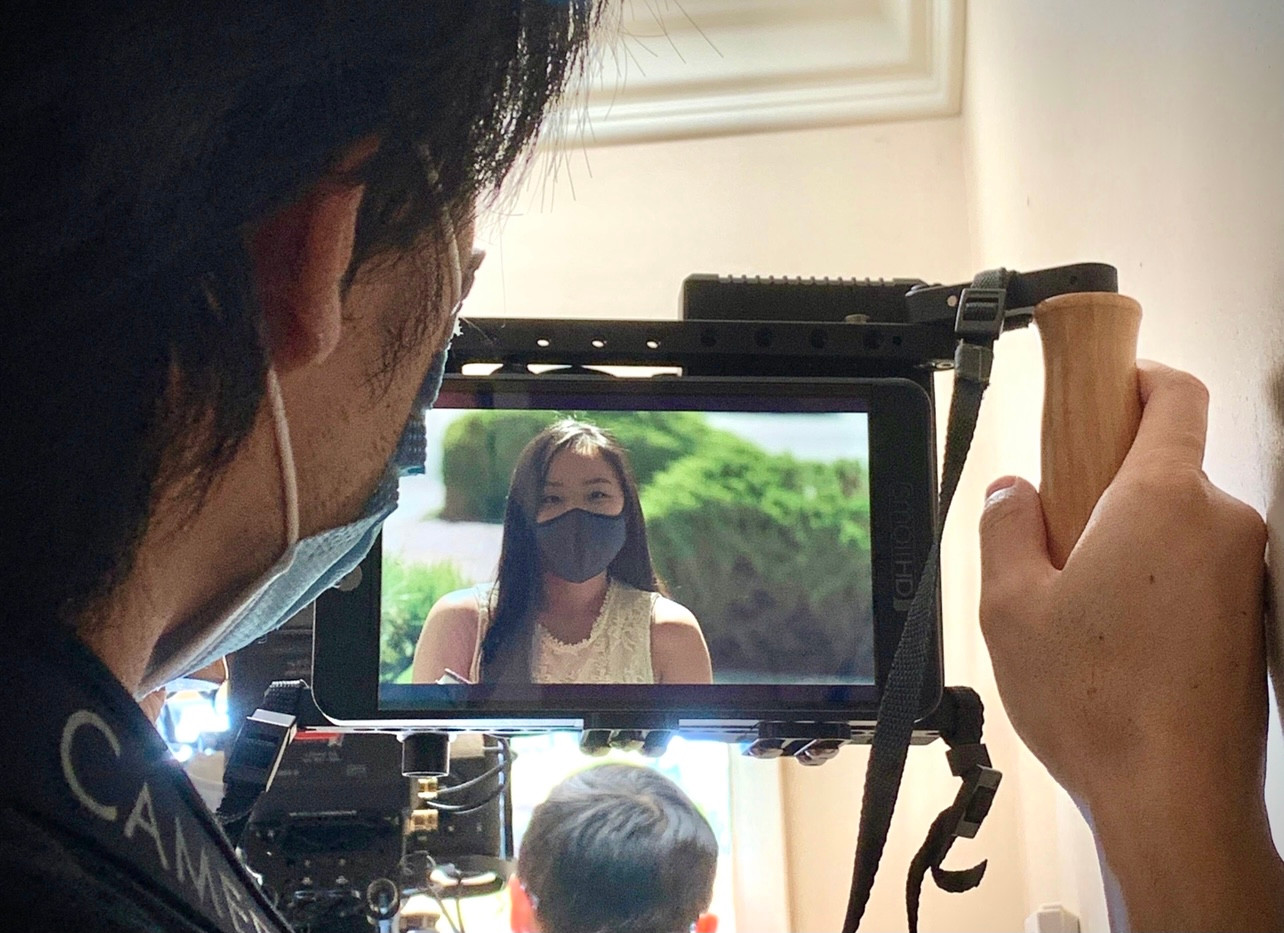 Please tell us more about your work. We’d love to hear what sets you apart from others, what you are most proud of or excited about. How did you get to where you are today professionally. Was it easy? If not, how did you overcome the challenges? What are the lessons you’ve learned along the way. What do you want the world to know about you or your brand and story?
When I was kid, I remember watching Brenda Song on Disney Channel and saying, “I want to be like her!” She was one of the few AAPI actresses I grew up watching and I was always in awe whenever an Asian actress was on the screen. Growing up, I was always into making videos, acting things out and making people laugh. It was just a fun hobby to me and I never thought it was something I could do as a career.

Fast forward to college, I still knew deep inside that I wanted to work in the film and entertainment industry. Post-college, I decided to pursue film production and work behind the scenes, hoping that that would fulfill my longing of working on-set. I also dove head first and started creating my own short films to submit to festivals. Soon after, I got into UCLA’s Professional Program in Acting for the Camera, got an amazing agent and manager and officially started working as an actress.

As of today, I’m continuing to work on auditions and shoots, as well as working in production at a multicultural agency called InterTrend Communications. Working both in front of camera and behind the camera has definitely helped me understand the importance of both perspectives when working on either job. I’m proud to say that for both in front of camera work and behind the camera work, it’s encouraging to see more AAPI representation growing in the industry. I’m also very proud to be working at InterTrend- a workplace that pushes AAPI talent on-screen as well as develops AAPI content behind the scenes.

My story has not been easy. I was always told that being an actress is tough work. It’s a lot of hustling, getting rejected, tears/frustration and worry. There are many times when I felt like giving up or times when I wondered if this career path is worth it.
I can confidently say that I do not regret any risk I’ve taken, and I’m proud and grateful for all of the amazing opportunities and talented people I had the pleasure working with.

Moving forward, I hope I can be someone who is genuine, empathetic and loving to those around me. When I’m acting, it takes me to a place of true empathy of stepping into someone else’s shoes and sharing their story. I just want people to feel and resonate with these stories we’re sharing so that it can take them to a true place to just, be. Along with that, there are just so many tragedies happening all over the world right now. So much divide and hate. So much to do. I hope that those with any sort of influence can be a part in being the change for the next generations to come, and to shine light and love to any person who needs it.

Any places to eat or things to do that you can share with our readers? If they have a friend visiting town, what are some spots they could take them to?
This sounds so fun! I would definitely take my best friend to visit our SoCal beaches. We could stop by Santa Monica Pier right next to the beach, grab dinner and have a bonfire with friends. I’m a lover of sports, so we could play some volleyball or spike ball and make some smores by the fire. Hands down I can say that the beach is one of my favorite places to be.

I would most definitely take my friend to all the authentic Korean food spots in K-Town. We’ll definitely hit a KBBQ spot (love Kanghodong!) and hop around some Korean bars nearby. (Fun fact: you’ll see a lot of AAPI actors around these spots haha!) We’ll also go to a karaoke spot, then end the night with tacos at El Taurino or Ave 26.

Lastly, I would love to take my friend to watch a musical at the Pantages Theater (I’ve seen Wicked 5 times, no joke). I’m also am a huge fan of live music and I’ve always wanted to check out Sofar Sounds LA, so we would definitely go there! We could end the night at Griffith Park, watching the view of the city and the stars above. 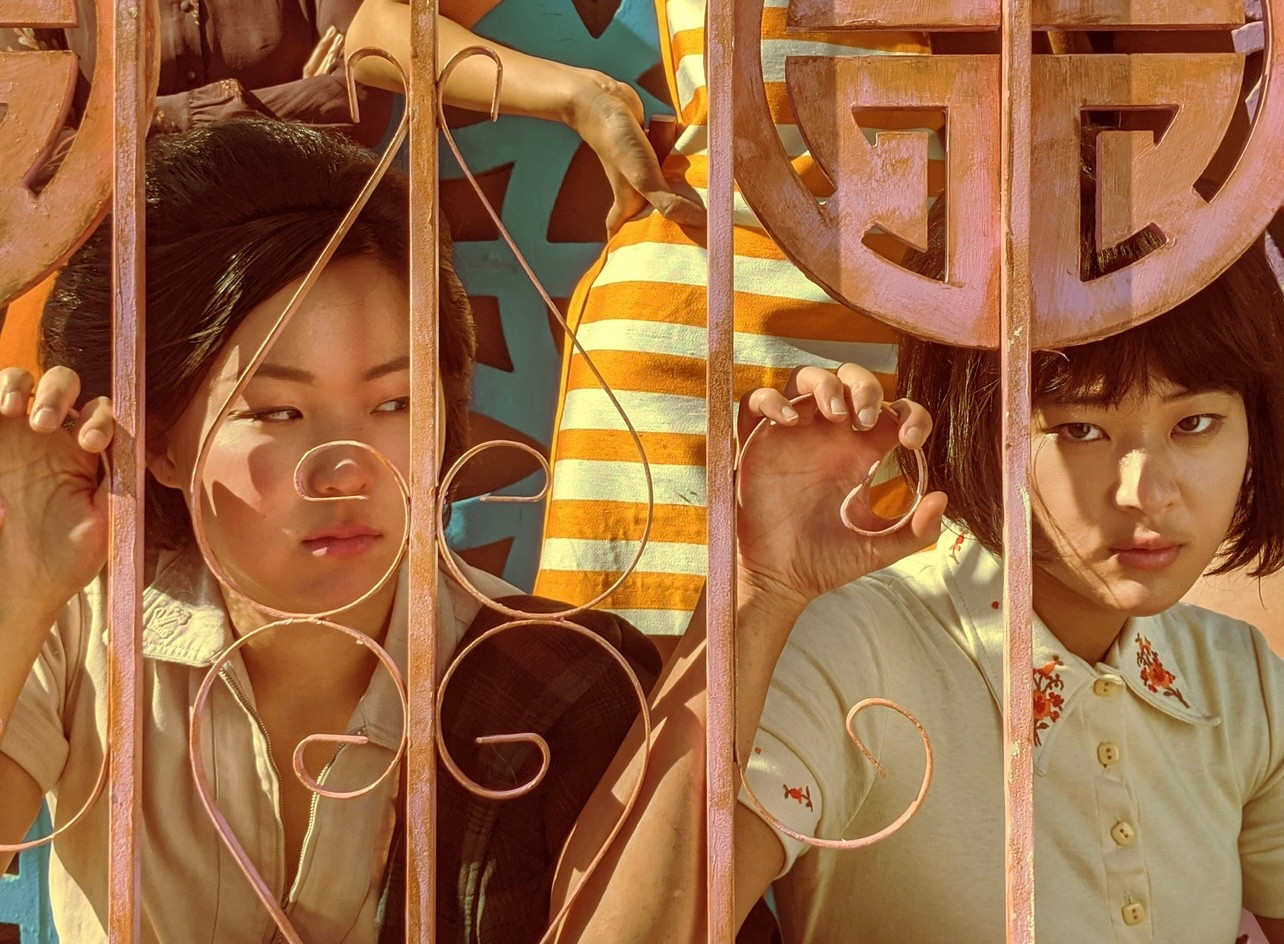 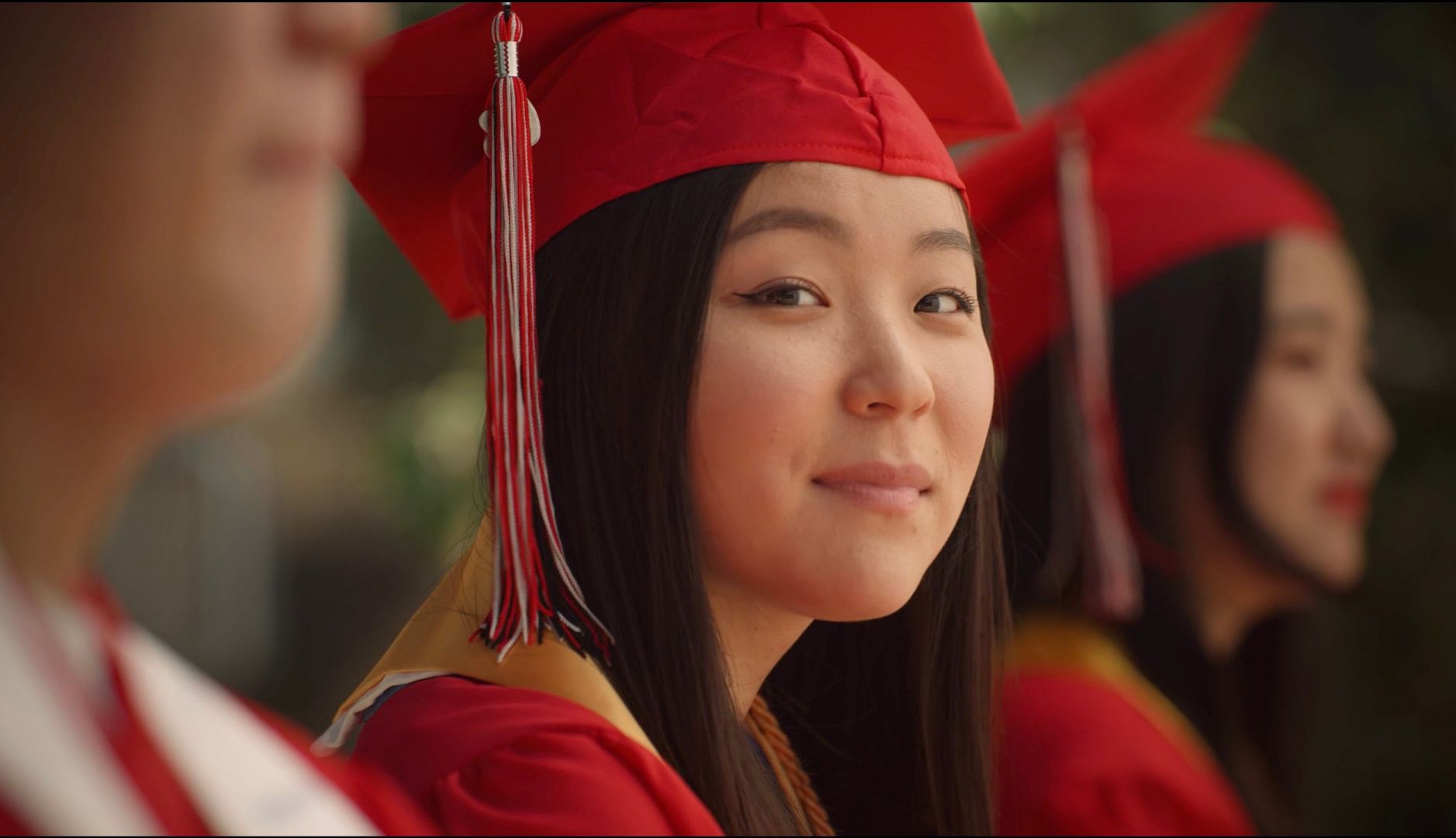 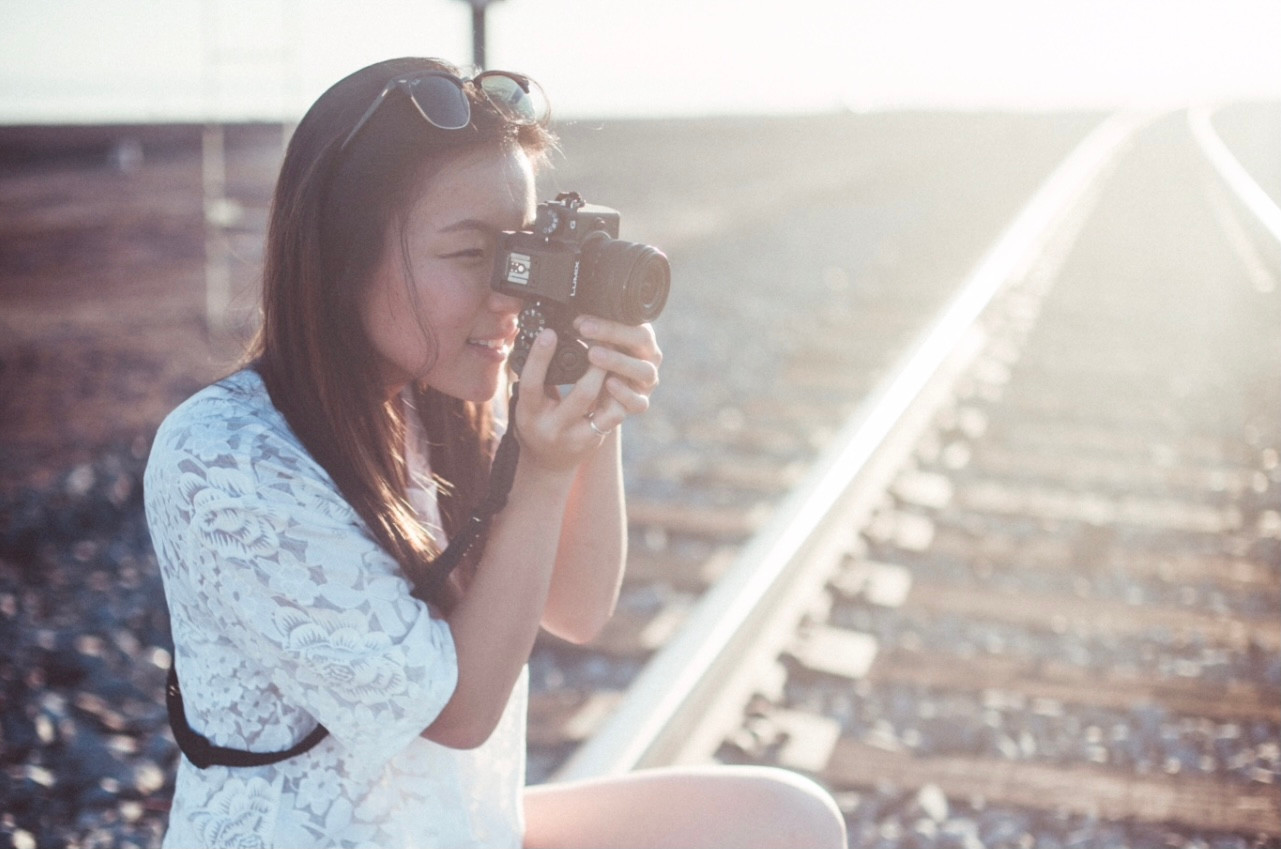 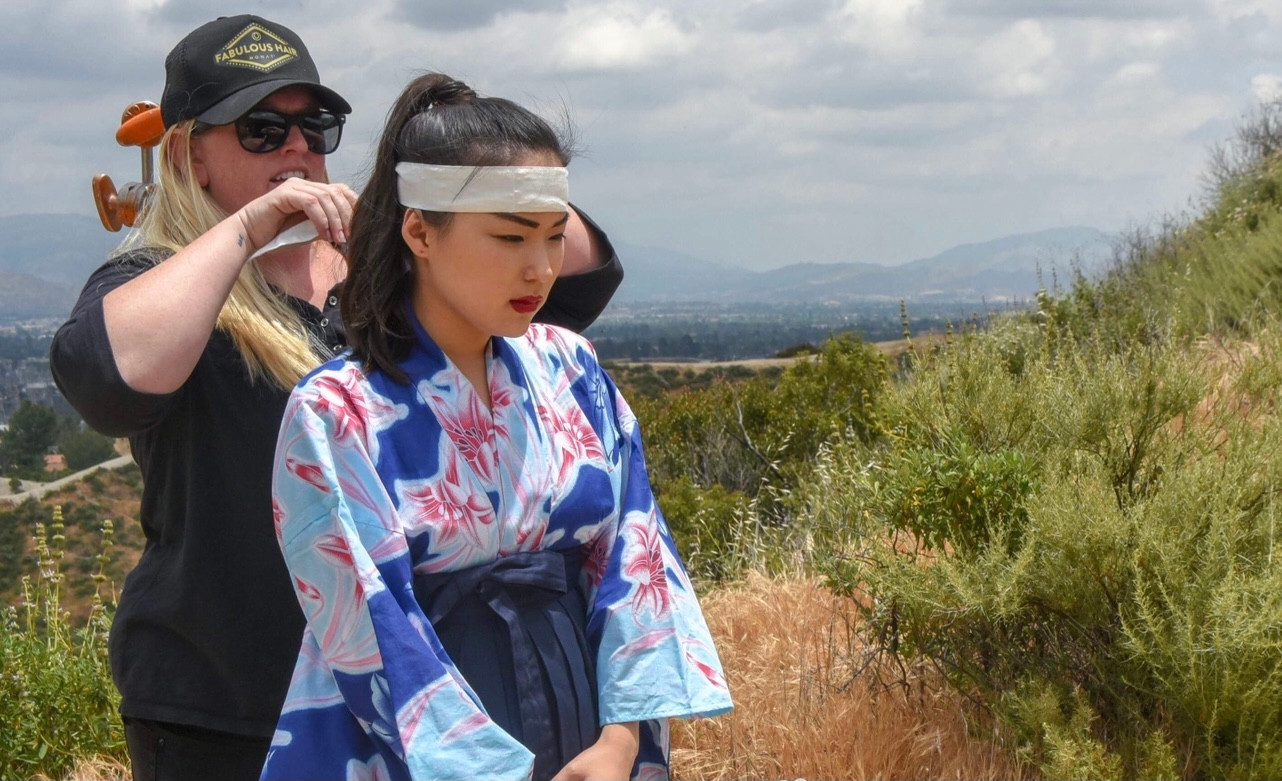 Shoutout is all about shouting out others who you feel deserve additional recognition and exposure. Who would you like to shoutout?
I’d like to shoutout my friends and faculty at UCLA’s Professional Program in Acting for the Camera! Diving head first into acting was at first a struggle. It was a very anxious time deciding to make a career change into the film and entertainment industry. I had many doubts, uncertainties about the future, financial struggle and fell into deep depression and anxiety.
After my undergrad, I [miraculously] got into UCLA’s Professional Program in Acting for the Camera and it changed so much. I met such passionate, talented actors who had the same desires AND struggles as I did. They understood the risk and difficulty this career could be at times, and I felt seen, heard and understood with these group of people. Although I love all my friends who aren’t working in this industry, it’s a different feeling knowing that my classmates around me fully understood what I was going through, and we were going through it together. Our acting coaches (who were so amazing, by the way!) consistently reminded us how important a creative community is- to support each other and to build each other up- especially in times when this industry can bring you down.