We had the good fortune of connecting with Minoti Vaishnav and we’ve shared our conversation below.

Hi Minoti, is there something you can share with us that those outside of the industry might not be aware of?
There is no “I’ve made it” in the entertainment business. Many people think once you’ve achieved success it’s a meteoric rise and you’re “in” so to speak. The reality is you have to constantly keep “breaking in” at every level in order to make it to the next step in your career. Someone you think is very successful is likely working ten times as harder than you know just to move a microstep forward in this business. Because that’s how hard Hollywood is – especially for people of color. It’s not about who is most talented, it’s about who is the most tenacious. Only the ones who keep going and never give up actually make it. 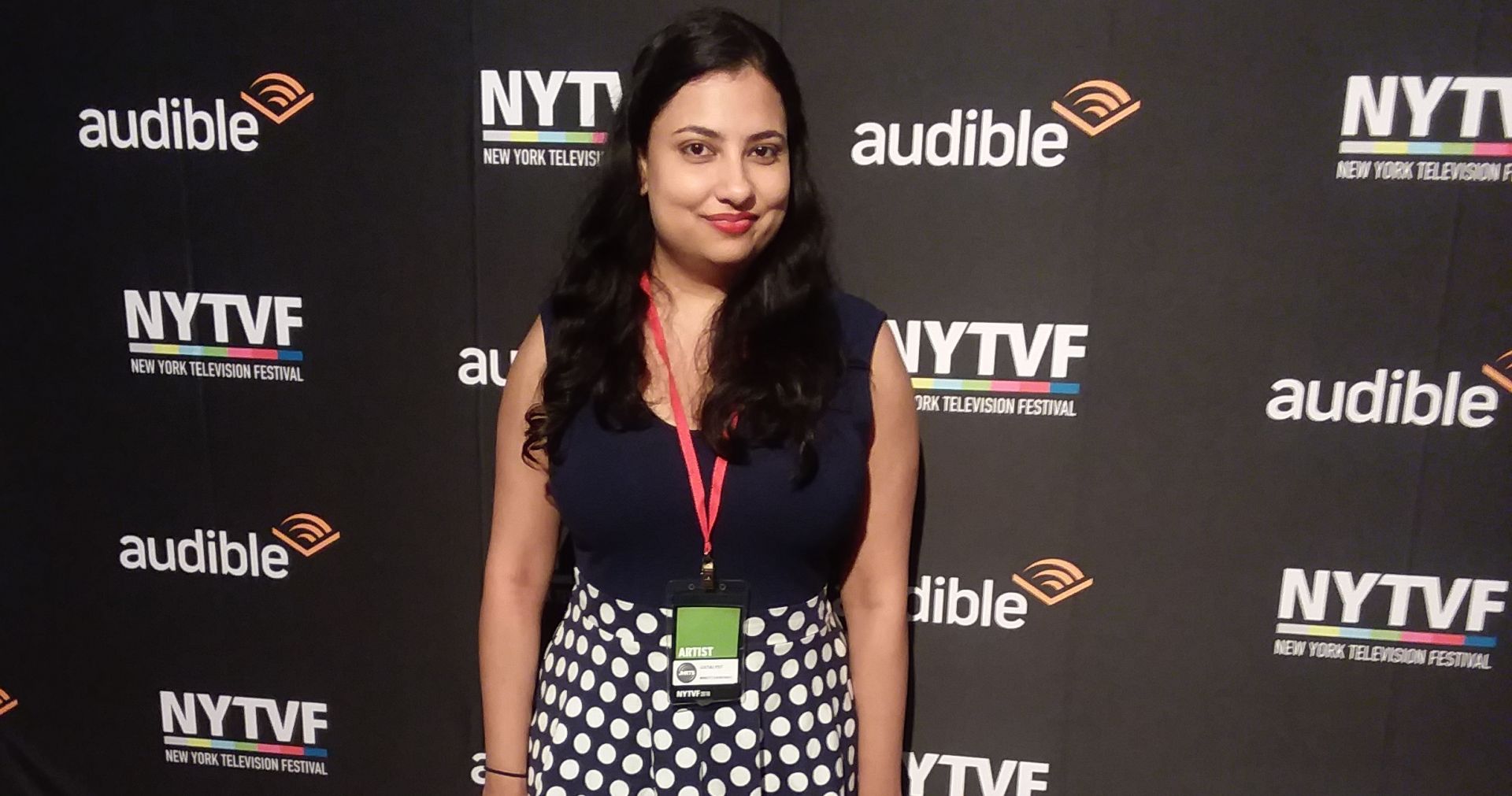 Let’s talk shop? Tell us more about your career, what can you share with our community?
I left my hometown of Mumbai, India and moved to LA alone as a teenager. I knew no one in the city. 15 years later, I’m still here. I think this is because I have always been a risk-taker. I don’t believe in fear. I believe you have to go for what you want, no matter the risk. What’s the worst that can happen? Something doesn’t work out? You try again. And again. And again.

I’ve tried and failed a lot. But I’ve also had some stellar successes. I started my entertainment career in documentary film world, working on the Emmy® nominated HBO film AMERICAN WINTER, and coordinating events for the International Documentary Association, including producing several seasons of the IDA DOCUMENTARY AWARDS and the IDA SCREENING SERIES. In 2013, I co-founded Prophecy Girl Films where I worked in independent film outreach and development on films such as LET THEM EAT CAKE, WOMEN BEHIND THE CAMERA, DISPOSSESSED, MY GUARDIAN ANGEL, BEING INDEPENDENT, STONES, and ABDUCTED among many others.

In 2016, I was elected President of the Alliance for Women in Media Southern California, where I worked on several initiatives to advance the impact of women in media. In 2017, I co-wrote 6 episodes of History Channel’s HUNTING HITLER as an Associate Producer, and worked on the 2-hour History Channel special JFK DECLASSIFIED: TRACKING OSWALD. As a Development Producer, I helped develop unscripted content for Netflix, A&E, Discovery, Travel Channel, NatGeo, History Channel and Science Channel among other networks. Shows worked on include LEGENDS OF THE LOST WITH MEGAN FOX, CONTACT, MISSION DECLASSIFIED, RISE OF EMPIRES, BELIEVERS, and MYSTERY AT BLIND FROG RANCH.

I have a Masters degree in Creative Writing from the University of Oxford and am an alumna of the 2019-2020 Paramount (CBS) Writers Mentoring Program, which got me my first staff writer job on THE EQUALIZER on CBS.

The journey is still ongoing, but I think the most important decision that contributed to the success I have today was working for other people and not working for myself. I see people make this mistake over and over again, where they start their own business too soon. I strongly believe you need to work for other people first to learn the ropes of any business before you can go off on your own. I’ve worked at various production companies and studios for television shows across dozens of networks. I was never my own boss at any of those jobs — and thank god. Because if I were my own boss, how would I learn anything? Working for people more established than you is crucial to making it in the entertainment business. You can’t do everything on your own. I’m glad I built up knowledge and experience from working for established companies, otherwise I wouldn’t be where I am today. 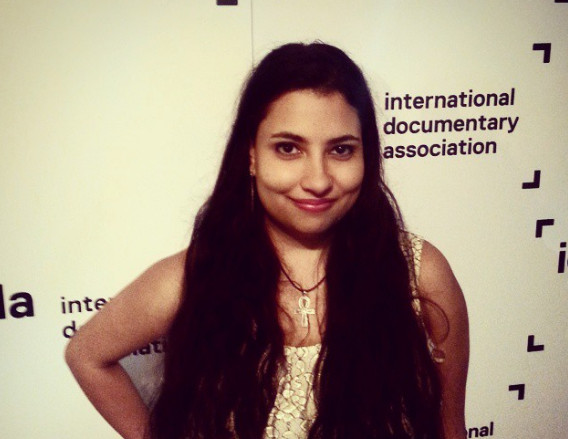 Any places to eat or things to do that you can share with our readers? If they have a friend visiting town, what are some spots they could take them to?
I love Koreatown. Brunch at H Cafe and at Openaire (in the LINE hotel) are musts. Great coffee spots – Bluebottle Coffee, Caffe Benne, Spot Coffee and Cafe Loft all in Ktown. Other great spots for brunch are The Village Idiot on Melrose and Redbird in DTLA. I also love Figaro Bistrot in Los Feliz and Taix in Echo Park. The Last Bookstore is a must visit. I also love Old Town Pasadena. The Original Farmers Market at The Grove is touristy, but fun. And the best mall to hang out at is the very underrated Americana in Glendale. So those are just some spots off the top of my head. 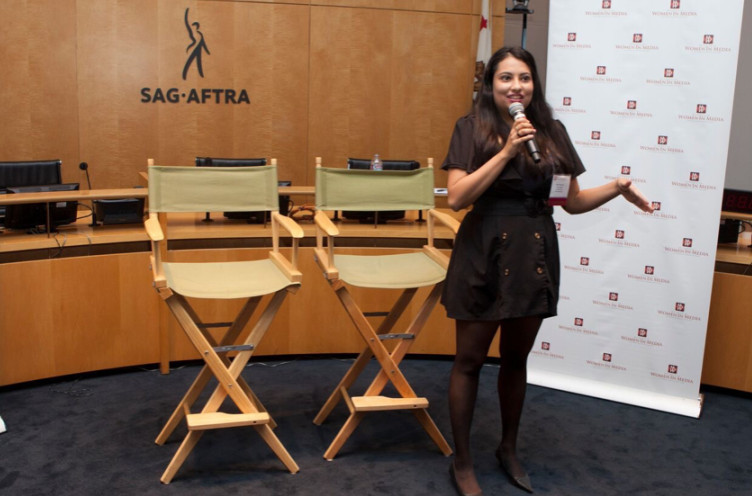 Shoutout is all about shouting out others who you feel deserve additional recognition and exposure. Who would you like to shoutout?
I would not be where I am today without the CBS Writers Mentoring Program (now the Paramount Writers Mentoring Program). Also, a shout out to #StartWith8 and Women of Color Unite, another great organization helping women of color find valuable mentorship within the entertainment industry. 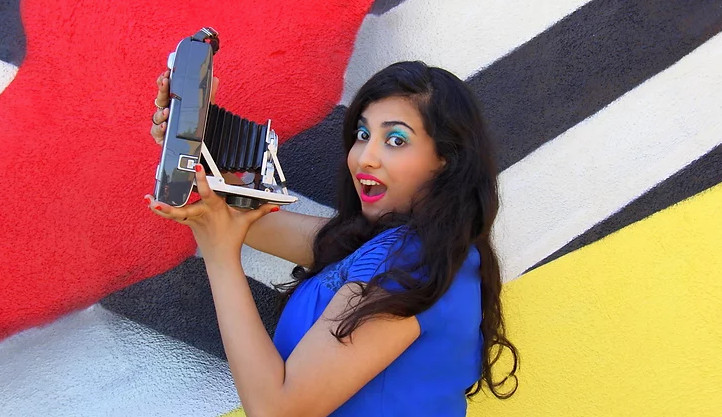