We had the good fortune of connecting with Morgan Clae and we’ve shared our conversation below.

Hi Morgan, we’d love to hear about how you approach risk and risk-taking
Risks are DIRECTLY tied to success – but they have to be calculated. I’ve known since I was a kid I wanted to direct movies and make music. When I first got to LA, I worked for a production company that was steady, stable and safe – but I wasn’t doing a single thing I dreamed of working towards. I asked myself, “okay…so when do i start ACTUALLY doing what i want to do?” This question haunted me, and I quit working at that production company after six months. I knew it was going to be hard work to get to the point of being able to direct and make music full time – but now two years later I’m doing it. Hard work, patience and kindness make the risks yield results. 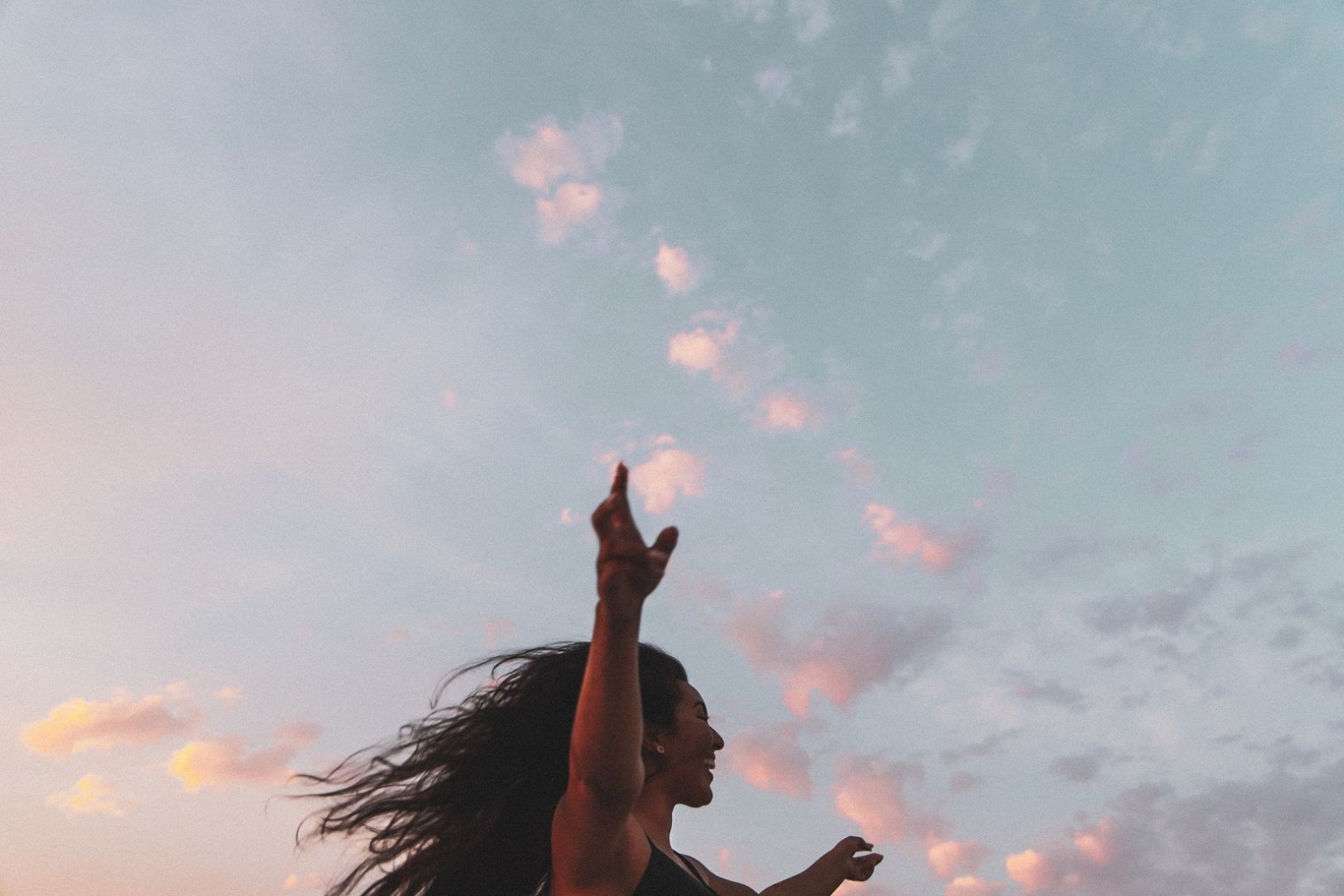 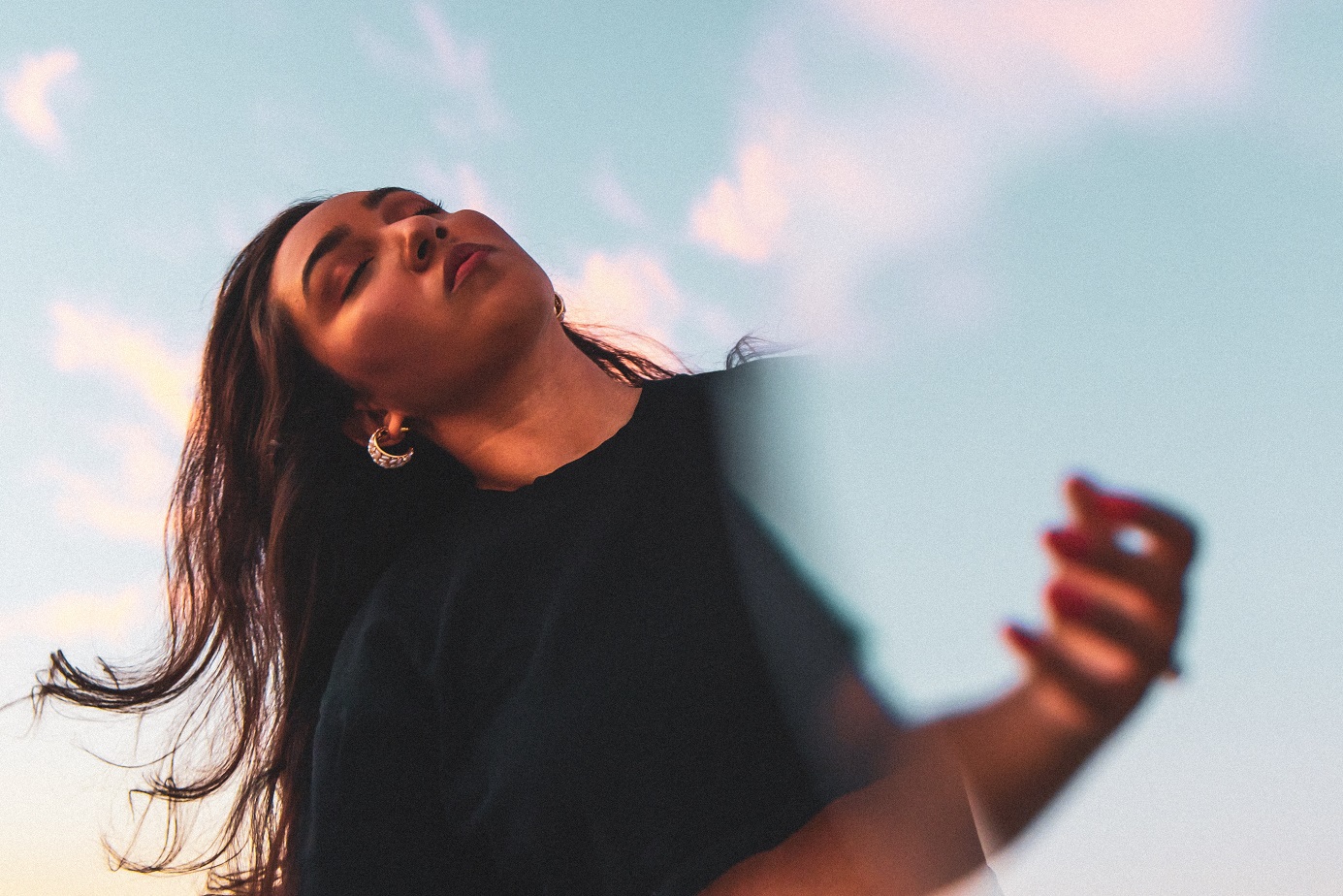 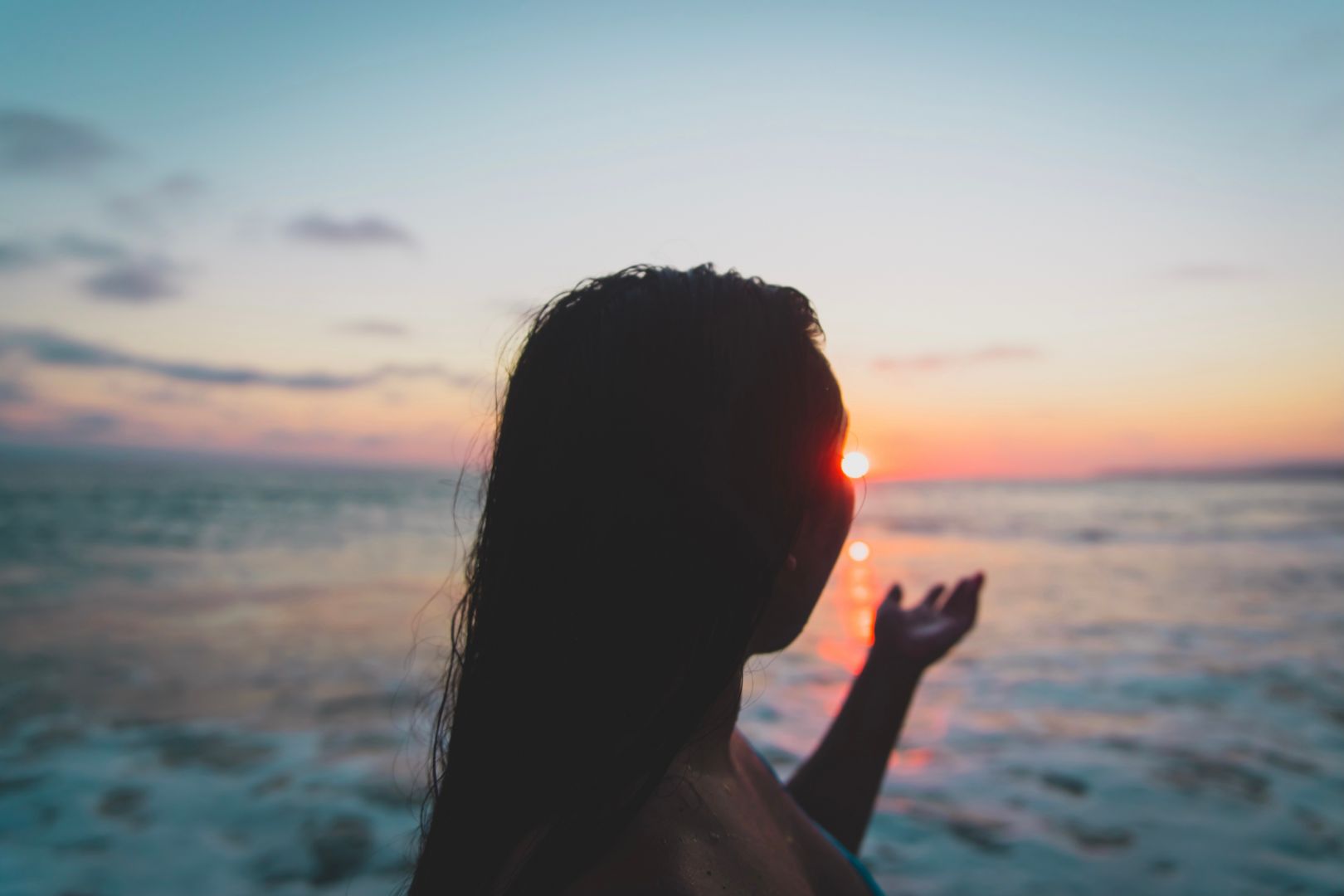 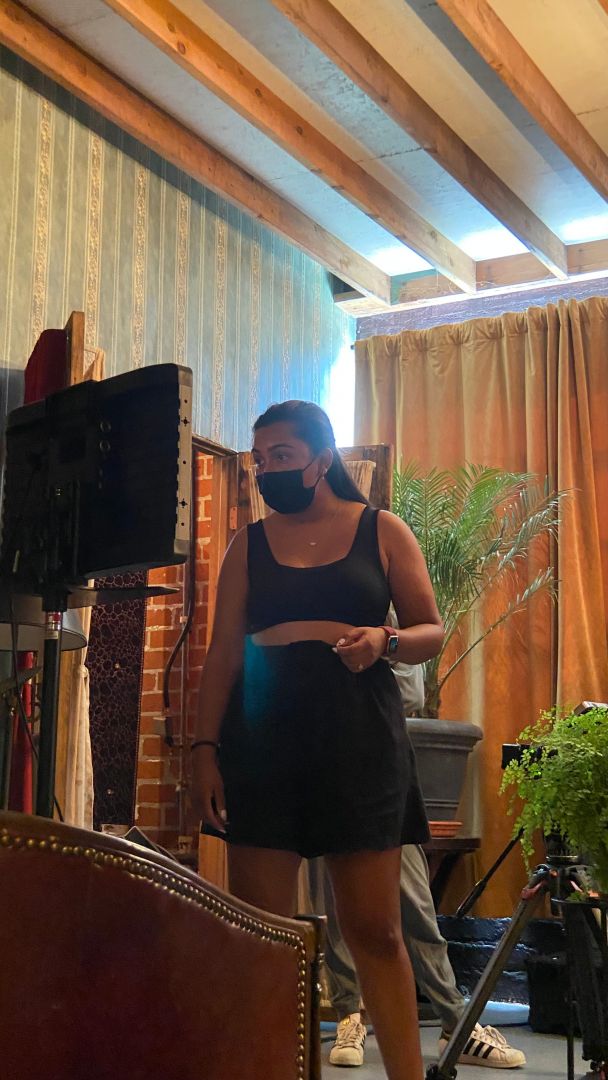 Can you open up a bit about your work and career? We’re big fans and we’d love for our community to learn more about your work.
From the moment I can remember, I’ve been who I am today. And while I’ve grown and learned so much through the opportunities and experiences that have come my way, my desire to be a film director and music producer has shone through it all. My dad, a classically trained composer and choral director, impacted my entire world early on through music. From teaching me simple minuets when I was four to jamming out to Chicago and ABBA in the car with him over the years, he showed me that all music is connected. He would talk through every part of the song with me – the chord progressions, the motifs and cadences, no matter if it was a Bach cantata or “You’re the Inspiration”. He showed me that everything builds on what has come before, and now, I am building on the lessons he and countless other creatives have taught me.

Through all my pre-college education, I was exposed to my love for dramatic arts, taking part in countless plays and even writing my own one-act play in high school. I thrived in the arts. It was my favorite part of my day. Fast forward to college, and after one quarter of being pre-med by majoring in psychology, I changed my studies to both film production and vocal performance and graduated with degrees in both fields.

I moved to LA right after graduation and began working at a production company in their camera department. While my time there was instrumental to me leaping into music production and film directing, it made me realize how much I really wanted my dreams. So after six months, I left and jumped into the world of self-employment.

For the six months after quitting that job, I made five beats a day. Most of them were trash. But some were good and my skills grew exponentially. During this time I still worked on film sets in the camera department by camera assisting. I was intentional about being dialed into what the directors were doing on set, how they interacted with the entire cast and crew.

Then the pandemic hit early 2020. The film industry virtually shut down. But for me – that was opportunity. I had just decided that from February 2020 – February 2021, I would drop 12 songs in 12 months. It was a whirlwind, and I learned so much about myself, putting myself out there and how to be consistently creative. My fourth song I released, “Think of Me” was featured on a Spotify editorial playlist which was a huge win! I also had the opportunity to collaborate with artist B.Keyz who had been a long time inspiration for me.
As the film industry began to pick back up again, I was given the opportunity to direct a music video for Bahamian-American artist Brettina. She is an absolutely amazing person to work with and she gave me opportunities I didn’t believe I was ready for. But since directing her music video last September, doors have just been opening up and I’ve been directing consistently since then. You really just need that first opportunity and for someone to believe in you. Doors will open from there.

On the music side, since launching my music career, I’ve teamed up with my amazing business partner, Ife Olaore, who has helped me understand and work through the business side of creativity and has been someone who is always excited about me when I’m unable to be excited about myself. I’ve also began producing for many different artists as well! Being a female producer in a world where men still dominate the industry is an interesting experience. I have been blessed with people who have built me up and encouraged me along the way, however this experience can be alienating and often triggers imposter syndrome for me. I want to create things that matter, cut through the sounds of today, create differently and touch people’s hearts (cheesy, I know).

I’m still beginning, but I’m hyped. Mental health is a real bitch. I’m only who I am because of hard work and the energy I’ve surrounded myself with. I don’t believe anyone acquires greatness alone, and I’m eternally thankful for all the amazing people who have come before me to pave the way for me to exist as authentically as I do today.

If you had a friend visiting you, what are some of the local spots you’d want to take them around to?
Morgan’s itinerary would include food, food, food! Asian food is my absolute favorite cuisine so I would make sure we would hit Full Moon House downtown and Dragon Boba in Koreatown. We would definitely be hitting the beach and Bar Flores in Echo Park. We’d also spend time on the roof of our building because the sunset view and night skyline are absolutely beautiful and soul soothing. 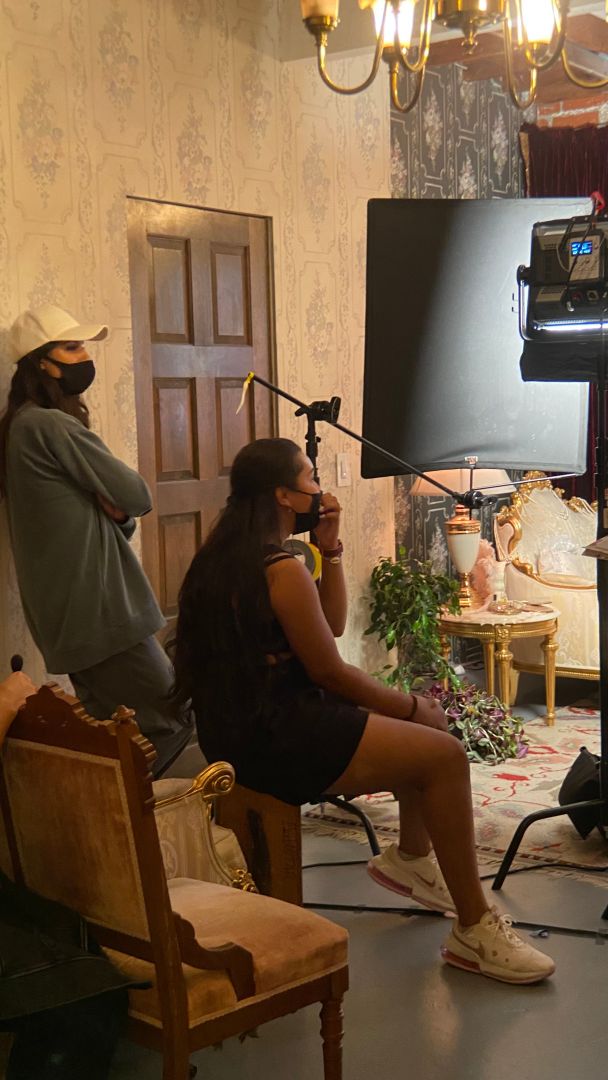 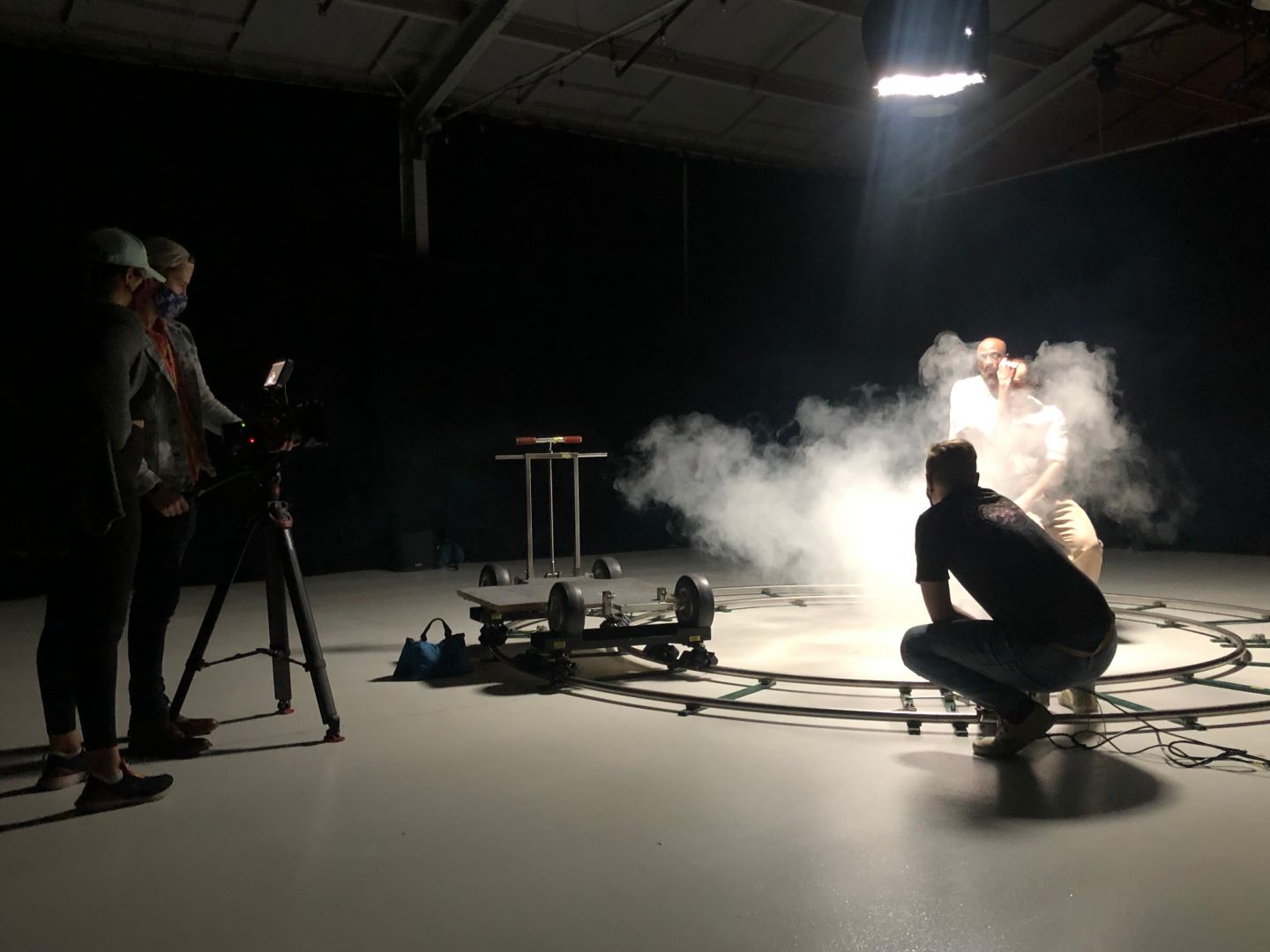 Shoutout is all about shouting out others who you feel deserve additional recognition and exposure. Who would you like to shoutout?
I couldn’t do any of this without my husband, Tommy. He is my rock, my ideator, my problem solver, my spreadsheet cleaner, he is my everything. He has supported me while I was grinding on low to no pay projects with the promise of someday having bigger budgets, bigger names and bigger opportunities. My life would not be what it is today without him.

Also huge shoutout to Grant Bell who has been instrumental to bringing so many of my film dreams into reality and has been such an amazing collaborator and creative every step of the way here in LA!