We had the good fortune of connecting with Nadiia Pavlyk-Vachkova and we’ve shared our conversation below.

Hi Nadiia, is there something that you feel is most responsible for your success?
The most important factors behind my success are love and curiosity towards everything I do in my life and also being focused on success in each my action. 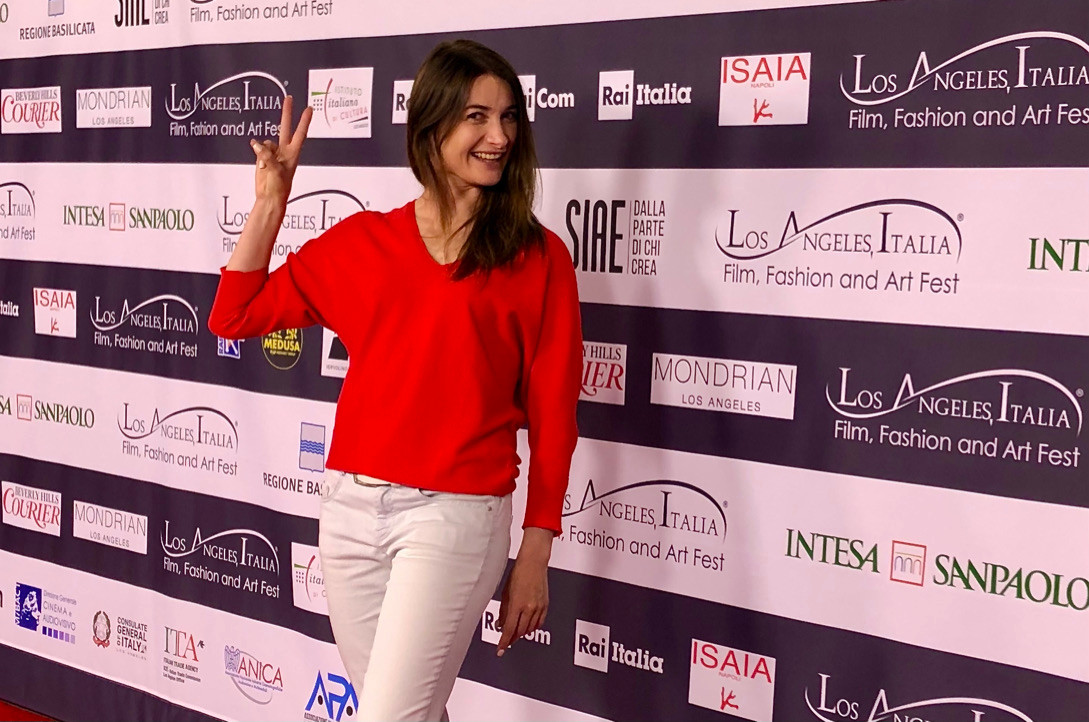 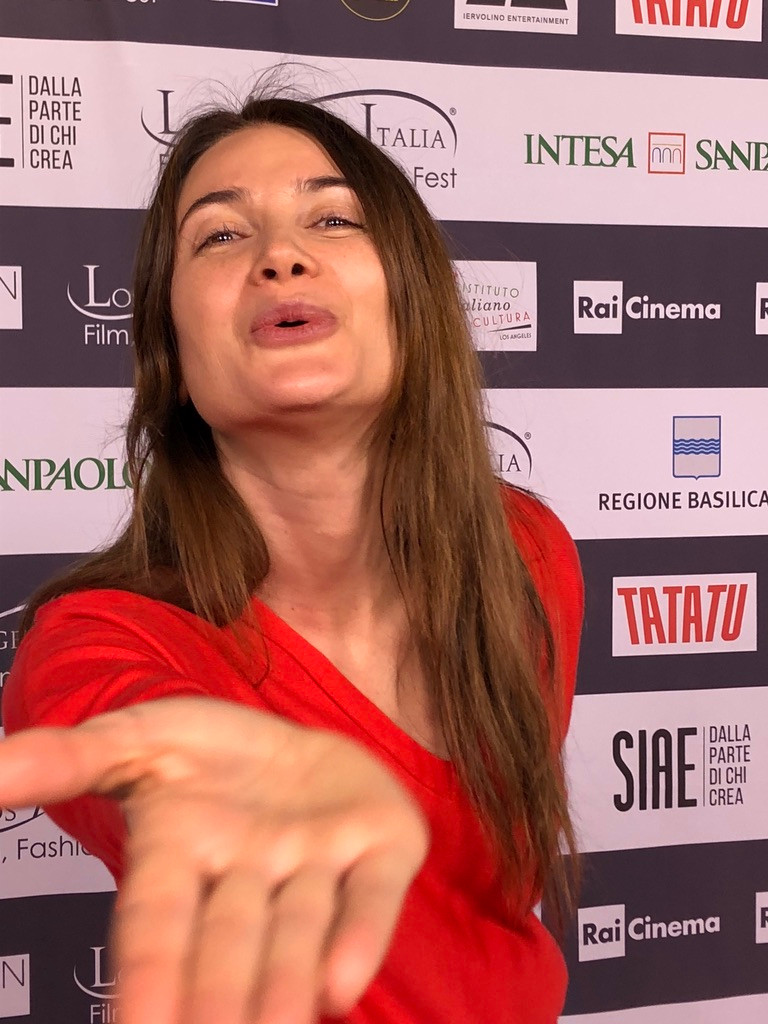 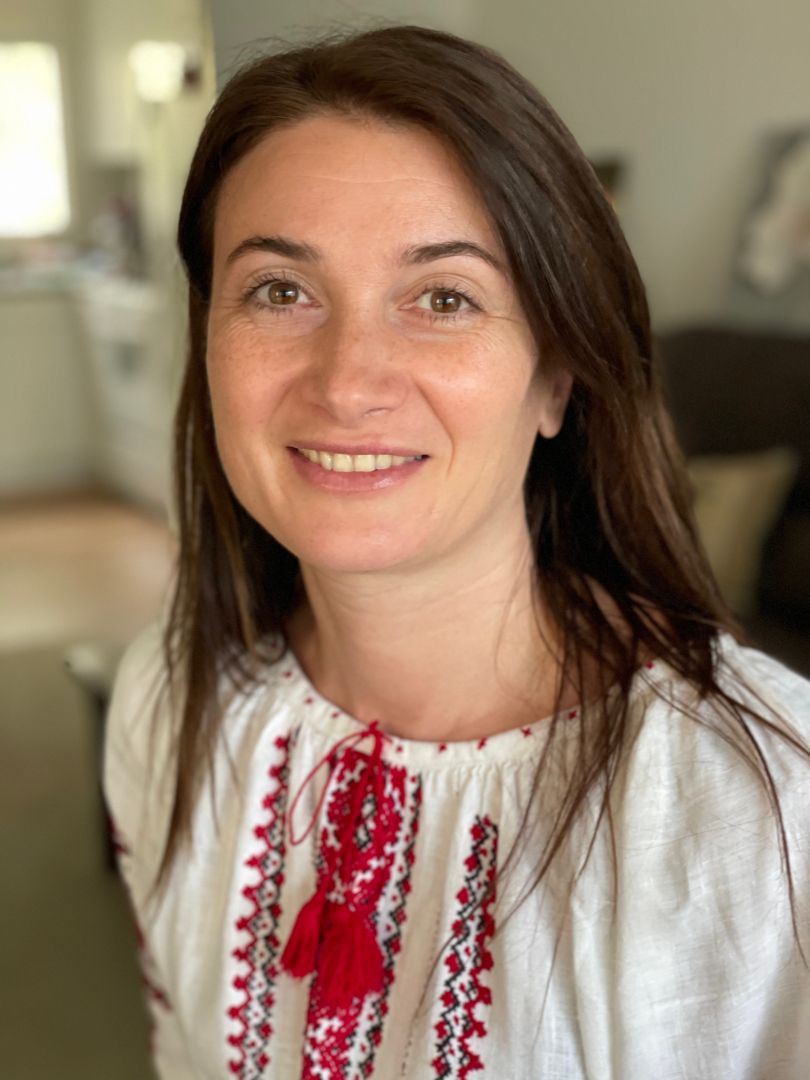 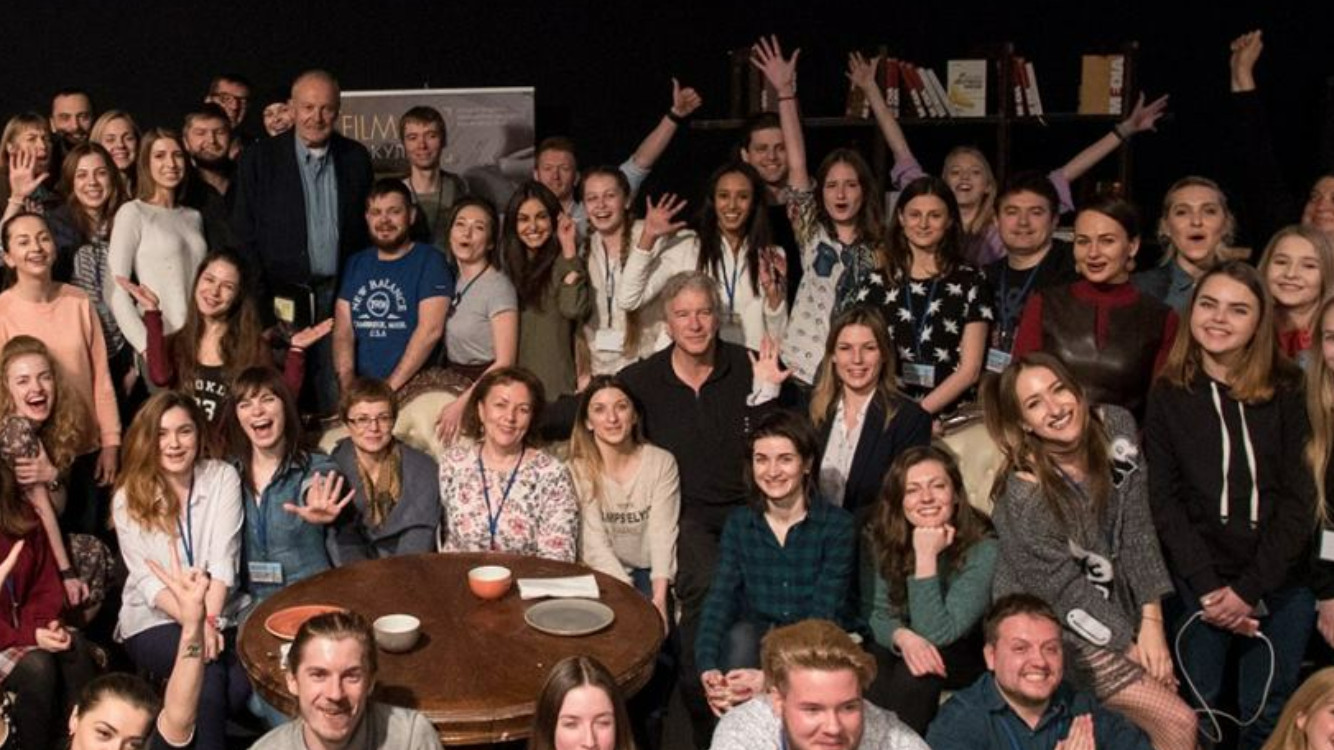 Let’s talk shop? Tell us more about your career, what can you share with our community?
UkraineFilmProduction – this is my brand, which I created before I came to the USA. One of the movies under my brand this year got an award as the best film in Ukraine. So it got a great start. The main part of this brand is myself as an independent producer.

11 movie credits as a lead producer and executive producer, a few dozen episodes as a scriptwriter and lead scriptwriter and ten years of TV-journalism – this is my experience. In general – twenty years in the TV and Filmmaking industry. Nowadays as an independent Film producer, I’m working with international independent films, non-union productions, directors and crew at the stage of development, pre-production, production, post-production and distribution.

My path wasn’t easy, but it was definitely very interesting.

During my career, I worked in three major professions. Yes, they have some similarities. All of them require a unique ability to tell interesting stories, with the help of good visual content and details. But from a professional point of view each job– film producer, scriptwriter for TV-show and TV-journalist – offers a new challenge, new skills. A lot of effort was required to start out on each career path.

Actually thanks to all my past experience, I was able to transform myself into an incredibly versatile producer. Nowadays as a producer I understand and can manage the production processes of completely different visual genres: talent-show or documentary, scripted web-series or completely unpredictable and chaotic reality-show, glamorous and expensive music video or extremely high budget projects for TV. I can anticipate the audience’s expectations, whether the show is a daytime soap, series for primetime, or historical drama with a multi-million-dollar budget. I understand marketing strategies for communicating with different audiences not only on the domestic level in my country and Europe but also on the international level.

What I personally consider to be my greatest achievement in all my 20 years of experience for the TV and Film Industry – it is that I understand the feelings of almost every team player from the inside of the production process. I clearly understand the motivation, devotion or possible fear of each member of the crew – from the DP, cameraman, sound engineer/designer, administrator, costume designer, makeup artist, production designer to a screenwriter, director, actor, colorist, composer and even investors. Thanks to my 20 years of experience I can predict and prevent challenges for each team before they happen. I think it is one of my strongest abilities as a producer. I know how it feels for people who have almost no time to sleep for a few days, or how it looks when you have 300 professionals on set in such an exhausted condition working together. I know what technical questions you are supposed to ask professionals in all parts of the filmmaking process and how to distinguish them from beginners. I know how to support an affected ego; how to motivate an upset creative kid inside any professional artist; how to find the right people and let them create the best work they have done in their whole career; why festivals are important; how to protect investors’ interest without losing the creative part of the project, and what tools can help to achieve these goals.

I am unique because I know not only the technical part of the filming process but also the needs of each team member in this process.

Practically, at the basic level (something better, something worse), I can replace each participant in the process. Of course, I would never do that, because I respect the professionalism of the people I invite to the project. However, it gives me a clear understanding of what kind of skilled people I need, not to mention how to protect my colleagues from stress and how to help them express themselves the best in the particular project.

Any places to eat or things to do that you can share with our readers? If they have a friend visiting town, what are some spots they could take them to?
The variety of Los Angeles area can offer different kind of spending great time. I love hiking and often invite my friends to visit the Runyon Canyon Park. Beautiful sceneries and close distance to the city center are making this location incredibly attractive. The Ocean coast is also one of the must have in the Los Angeles trip. Amazing sunsets and peaceful mornings in Venice, Santa Monica or Marina Del Ray I personally love the most. 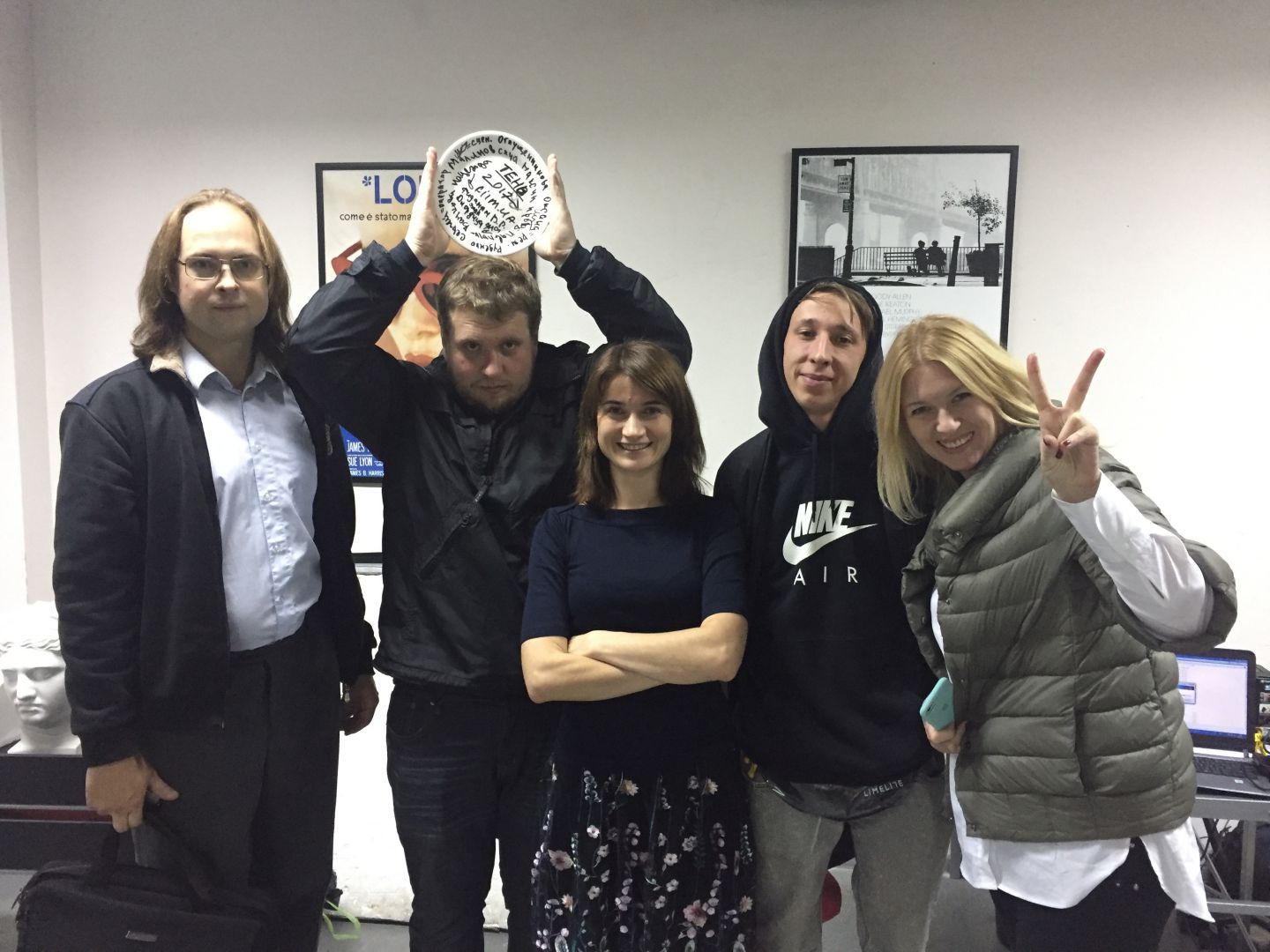 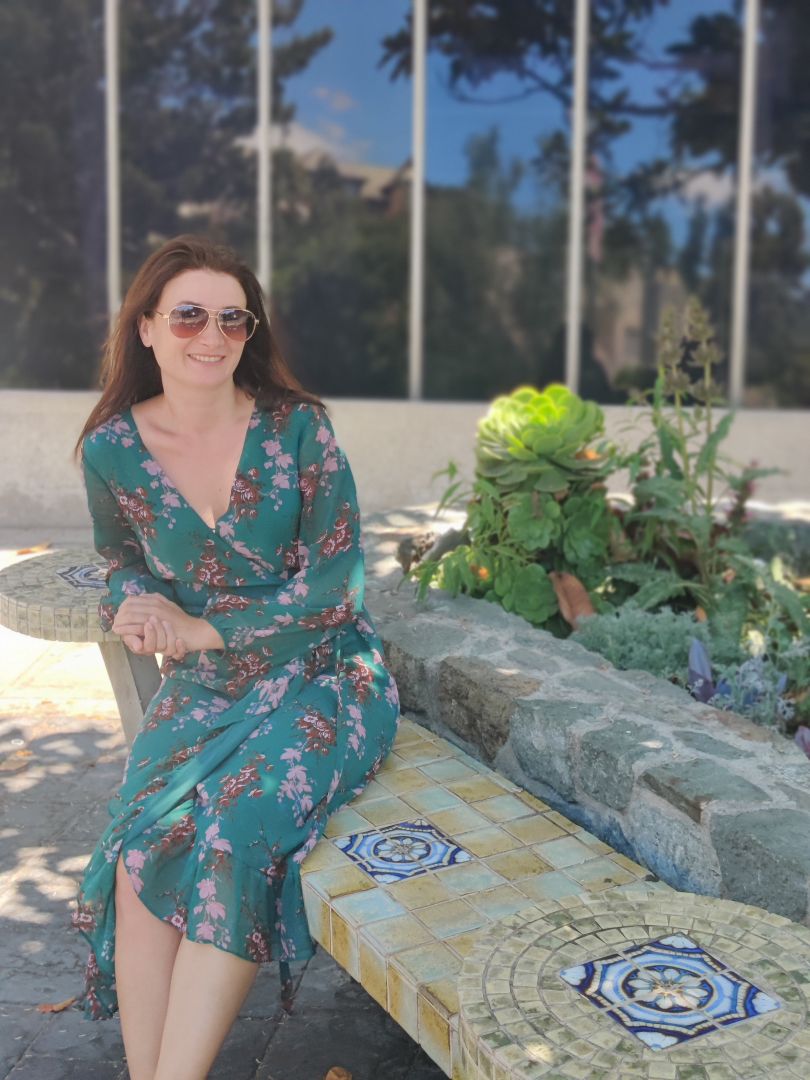 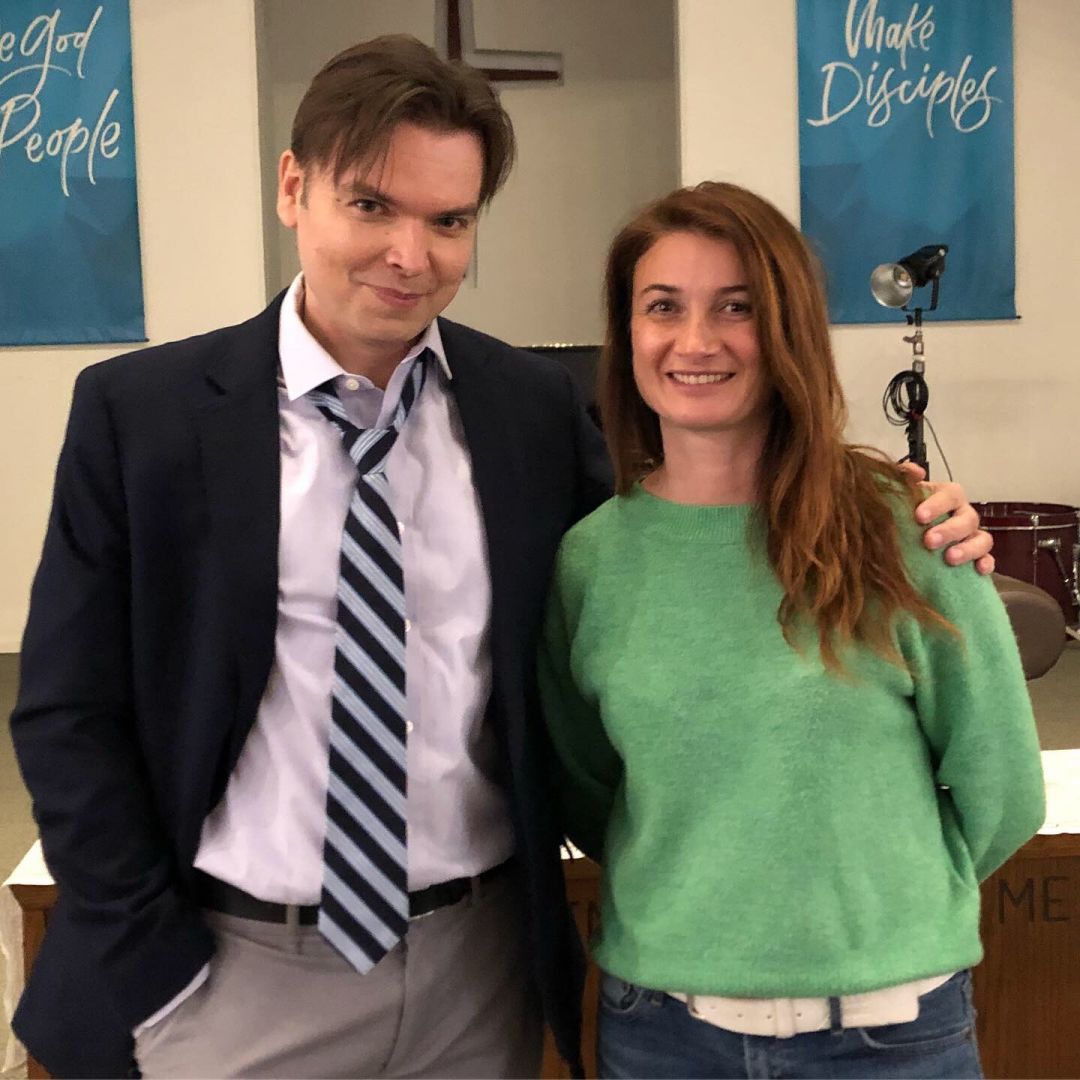 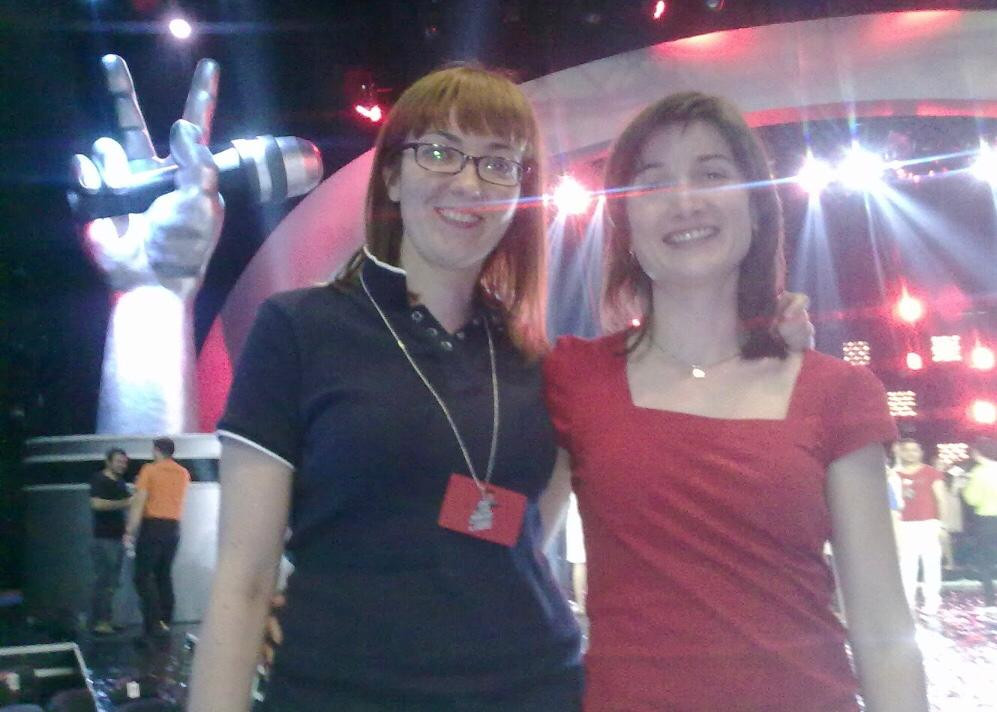 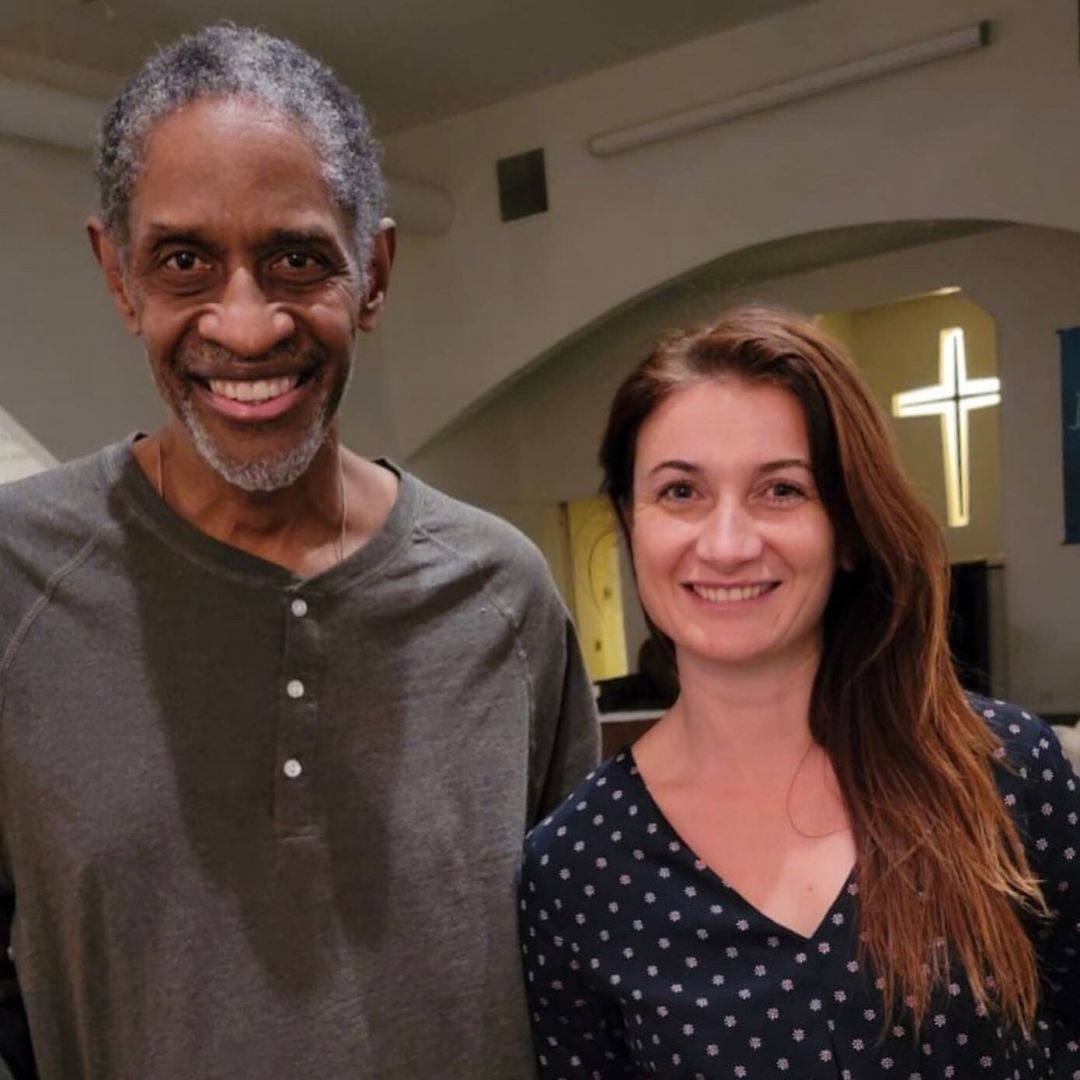 Who else deserves some credit and recognition?
July 18th there was a premiere in Los Angeles of my first movie I’ve become part of as a producer in the USA. I honestly believe God and the Universe constantly take care of me and I owe all my achievements to them. I feel this support every moment – through people who have come into my life, etc. I think I’m blessed to be in the right places at the right moments, and meet the right people. Beyond any doubt, the people I’ve met during my last 1.5 years in Los Angeles are the greatest treasure, and I appreciate them immensely. Ultimately, the film industry is all about people you know, love, understand and work with.

Ruturaj Dhalgade, the director from India, working in Hollywood and the famous Hollywood fashion designer, producer and actor Shekhar Rahate. Those two gentlemen came into my life at the beginning of 2020. Their movie “Amidst My Own,”written and directed by Ruturaj Dhalgade, will be shown this July on the big screen in Los Angeles, at the Marina del Rey Film Festival. In 2021 “Amidst my Own” won more than 10 awards and was selected by almost half a hundred festivals around the world. In my producing career this movie became special also because it is the first movie I’ve joined and shot in Hollywood. I am proud to be a part of this team and look forward to the new collaboration with Shekhar Rahate’s company FINESSE EVENTS & FILMS LLC and his new film “Ayla A Journey”.

The New York Film Academy – dreams come true and one more big step forward in my professional career. When I decided to join this film school I was already a famous journalist and scriptwriter in my country, and had started my third career as an independent film producer. I chose the New York Film Academy, because in my opinion, it is one of the best film schools in the world, with amazing lecturers, practitioners from the industry, and intensive practical experience in international filmmaking. My main goal was to get this experience in the shortest possible time to be ready to work as a producer at the international level. Actually I got much more: valuable knowledge imparted directly from awarded professionals in the film industry, as well as practical skills in how to manage co-production and lead huge budget movie projects in a cooperation with a few different countries. Also I met great friends – producers from different parts of the world with whom I shot my first horror movie and second movie in Hollywood – “The Big Surprise”.

Timothy Darrell Russ – an Emmy Award Winning American Actor, Director, Screenwriter, Producer and Musician – one more incredible person I met here in LA, this time thanks to my friend from NYFA – an American producer, singer and actress Joy Sydney Peters. Joy invited me into the Production department of Tim’s project as the Production Coordinator. Of course, I said “yes”. Tim has been working in the Hollywood Film and Television Industry for the last 35 years, having acted in 171 films, directed 40 films, written 14 films and produced 9 films. His work includes «The Twilight Zone», «Amazing Stories», «Star Trek – The Next generation», «Star Trek – Deep Space Nine», «Star Trek – The Voyager», «East of Hope Street», «21 Jump Street», «FBI», «Beauty and the Beast», «Family matters», «Living Single», «Melrose Place» and many other commercially successful and critically acclaimed film and television projects. Thanks to my friend Joy I got a chance to work with Tim on the set of a Pilot Series «The Officiant» where he was the Director.

Don Warrener – President of “Warrener Entertainment” and “Rising Sun Productions” – the distributor, publisher, owner and president of the production and distribution company which is working in direct sales with Amazon. Don became that person who saved my Hollywood dream. Thanks to him I didn’t give up. He supported me in my visa process and introduced me to the Martial Arts world in Los Angeles. Thanks to him I met extremely interesting people who became my friends. Also I spent almost 4 months in the company of one of the most famous American stunt actors, who worked with Bruce Lee, Chuck Norris, Steven Seagal; he is perhaps best known in America for “The Karate Kid”, and he is the most respectful sensei – a kind of “Steven Spielberg” in the Karate world – Fumio Demura.

Image Credits
Nataliia Kovaleva, an Editor-in-a Chief, Chief Screenwriter «The Voice» (Ukraine), «The Voice. Kids» (Ukraine) Peter Wrobell, a Hollywood actor, SAG member Timothy Darrell Russ, an Emmy Award winning American Actor, Director, Screenwriter, Producer and Musician The set of «The Officiant» Don Warrener, Anita Lutcenko Poster «Amidst my own» With the crew of «The Shadow» With the NYFA lectors: director Gilbert M. Shilton, actor Christopher Cass Poster «100% Happiness» Shekhar Rahate, famous Hollywood fashion designer, actor and producer Nadiia Pavlyk-Vachkova, getting Awards “The Honor of the Profession” as a journalist for «The best journalist investigation» and «The best storytelling in a difficult topic» Thanh Nguyen, Sean Demura, Masa Okumura, sensei Fumio Demura The set of «100% Happiness» The set of «The Big Surprise» Poster «Amidst my own» Poster «Amidst my own» The set of «The Big Surprise»