We had the good fortune of connecting with Natasha Elias and we’ve shared our conversation below.

Hi Natasha, we’d love to hear more about how you thought about starting your own business?

It came from a feeling of fun, curiosity, and service. I think the best ideas and creative sparks come from deep within the trenches of our soul; they simmer up and become just loud enough for us to hear them – and sometimes they whisper! I’m so glad I was listening.

My friends and I were helping each other with self-tapes, and we realized that once we focused on the holistic aspect of the work, our work changed. I noticed that I had an eye for storytelling in a way that I could’ve guessed (being a writer), but it didn’t seem clear to me until I found the missing piece. It’s the combination of having an encompassed storytelling eye and knowing the exact words to say to help the actor unveil to tell the story from a place of pure being vs. ‘putting on a feeling’ and showing that to us. I started to get calls from my friends that they were booking the auditions we would work on together and I realized that I wanted to share this with more actors! And even when we wouldn’t book the role, the casting directors would call us back consistently for different roles.

When starting my bilingual coaching practice, I wanted to provide a space where actors could invest in themselves as often as possible while also planting seeds and understanding that this is a holistic practice. We fall in love with the journey daily and surrender to the fact that the only thing in our control is what we bring and staying in that high-energy place, i.e, not canceling ourselves out! We can leave everything else to Pachamama (Mother Nature) the Universe, so to speak.

I also NEEDED to start seeing coaches of diverse backgrounds help creatives of diverse backgrounds. I always joke that my therapist is extra affective because they are Argentinean, (I am half-Argentinean). But honestly, it’s true! the fact that I can speak to them in Spanish and I know they understand the nuances of my culture makes a profound difference. And I wondered why it wouldn’t be the same for an acting coach? there is a safety and feeling of being seen when you are working with someone who you know has a deeper understanding of what it feels like to be you.

In my practice, I created the very thing that I had been searching for my entire creative career! I figured that if I need it, someone else will need it too. My favorite feeling in the entire world is getting the call from the actors that they got the part. It just happened the other day and my client and I were crying with joy together on the phone. It’s a life-changing opportunity and sharing that with them adds a huge spark to my life.

In the acting industry, the conversation can be so universally negative. There is always a reaction from someone somewhere who says “wow! lots of competition! that’s a hard business, you’ll be broke!” haha it’s like…why is this universally allowed? it’s so diminishing. And I’ve noticed that either we have learned to just be like ‘yeah yeah’, we deeply agree and start adding to that storyline, or we actively disagree and start arguments with strangers about ‘reality.’ That constant back and forth is so toxic to our community, it’s this dialogue where the whole world thinks that what you want and desire in the depths of your soul will make you poor, an egoic person, and nevermind that it’s ‘almost impossible.’ Imagine if society did that to doctors? No one does it because we need them and we need artists too.

We should probably stop diminishing the brightness of the creatives of our world.

And so part of my work with actors and creators is shedding the deep limiting belief of “it’s too hard and it will never happen for me”. Actors hang on to those super cool random stories of how other actors got discovered in a mall for a reason….we want to believe it’s possible. Our story creates our reality. My acting classes are holistic and I don’t think it’s a coincidence that every actor I work with is consistently working. Because what happens when you diminish the belief that you can’t? you get out of the way and allow.

I am a truth seeker in the work so we focus on the story, the truth, and no “lazy” acting allowed. There isn’t a moment we ignore and we run into the unknown, get uncomfortable, and reveal ourselves. Because no one wants to watch an actor acting, people want to see a human being sharing a story from the truth of their inner being. The most important thing to being a creator is to allow yourself to be seen so we work on that. And you may think that you’re allowing yourself to be seen but we always have caves where we hide and when we walk out of the cave and show ourselves, we create a moving performance. 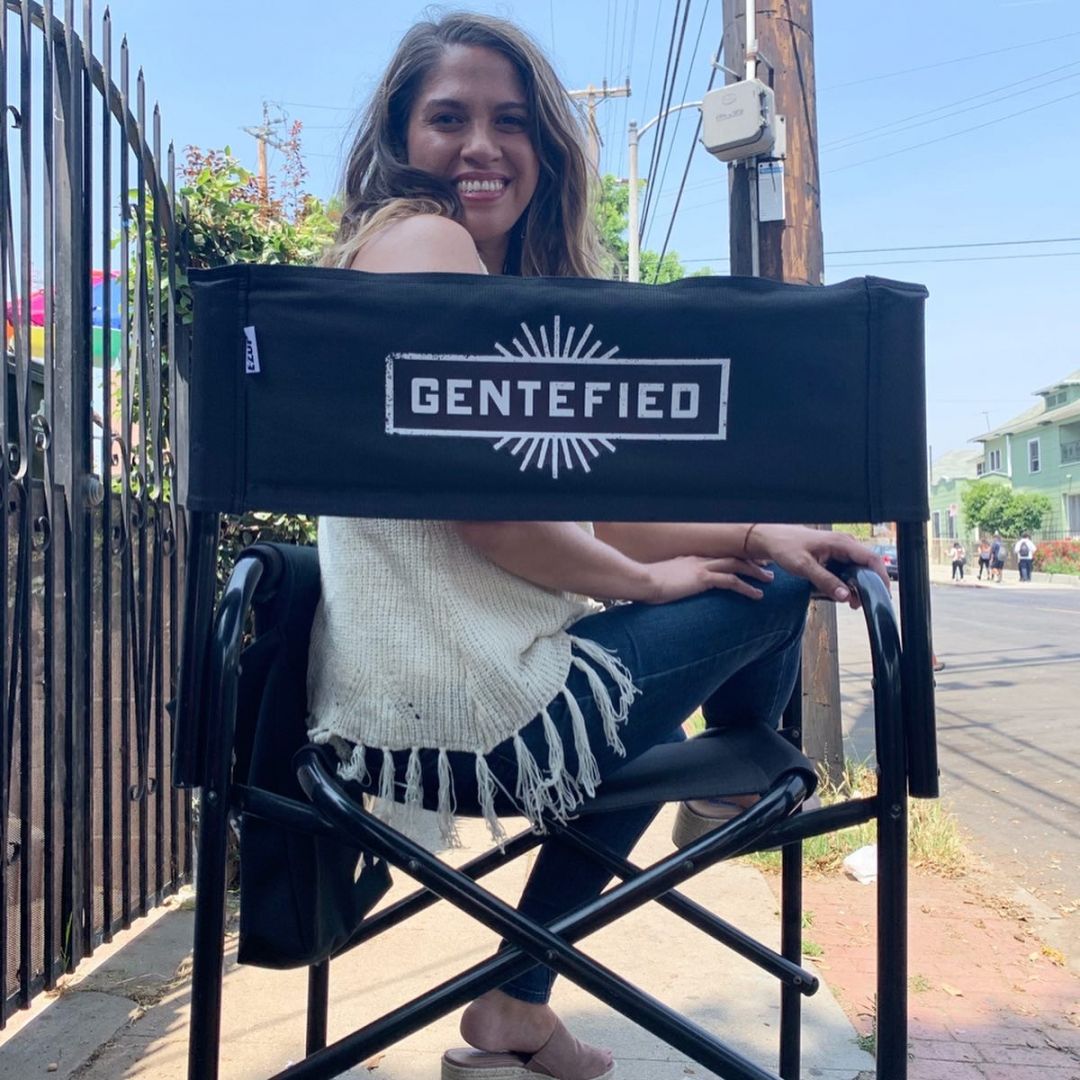 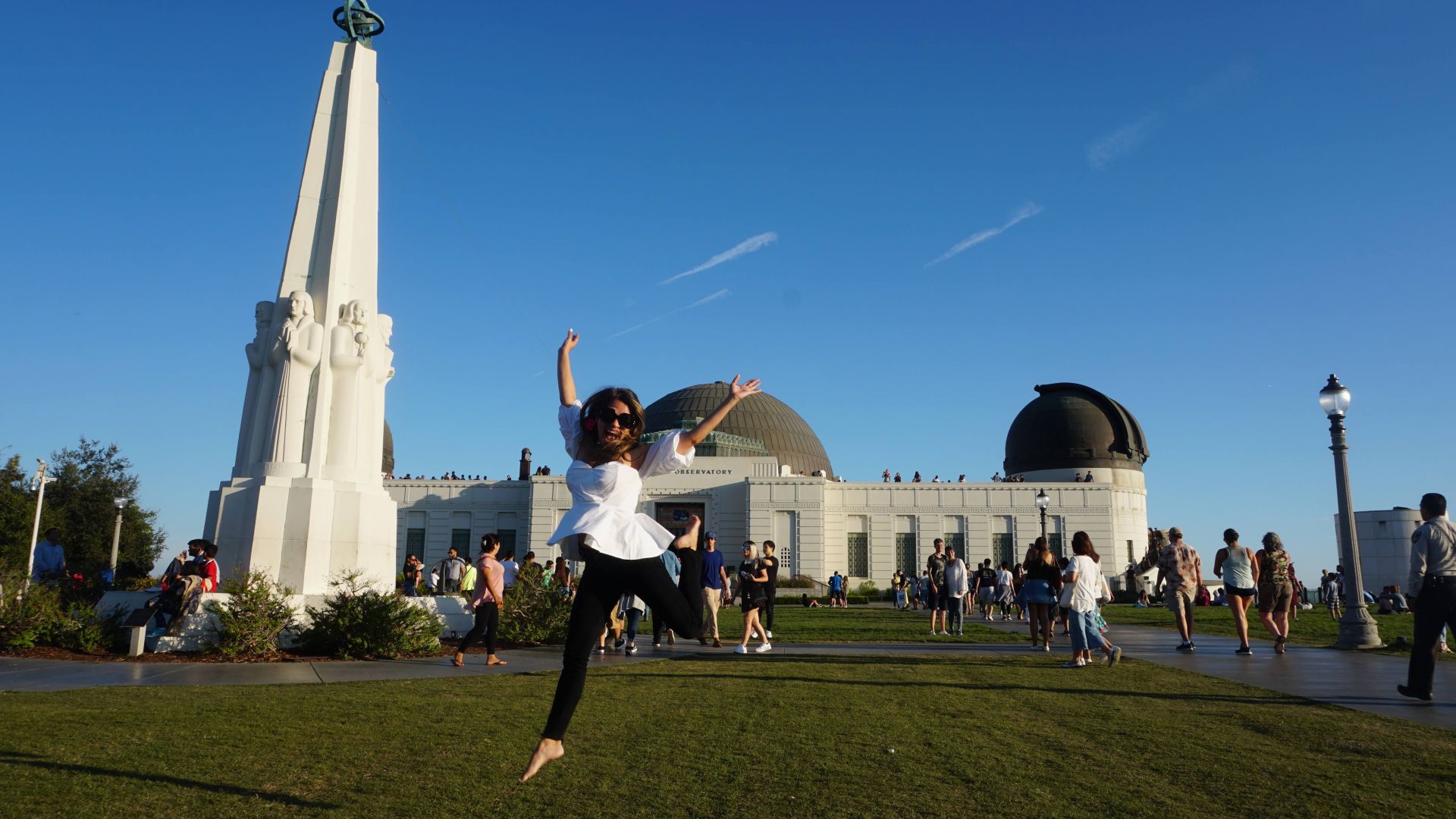 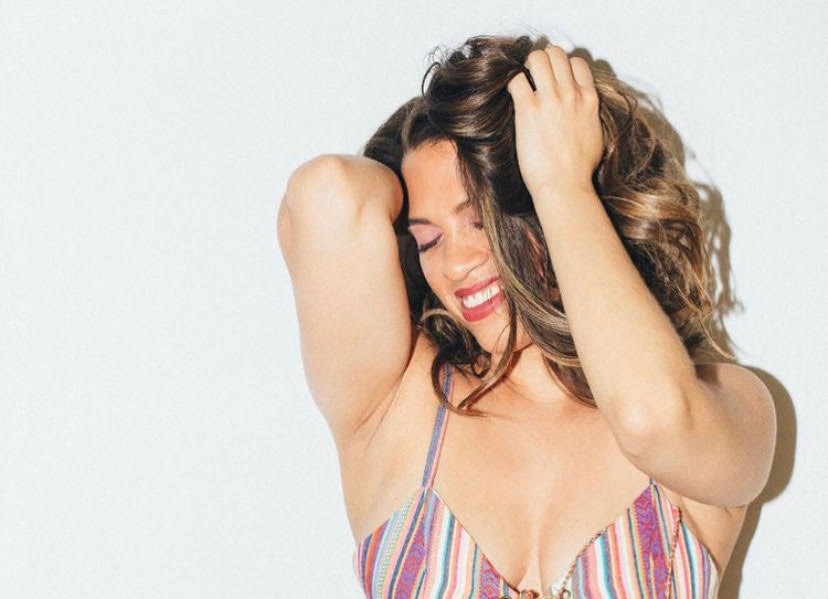 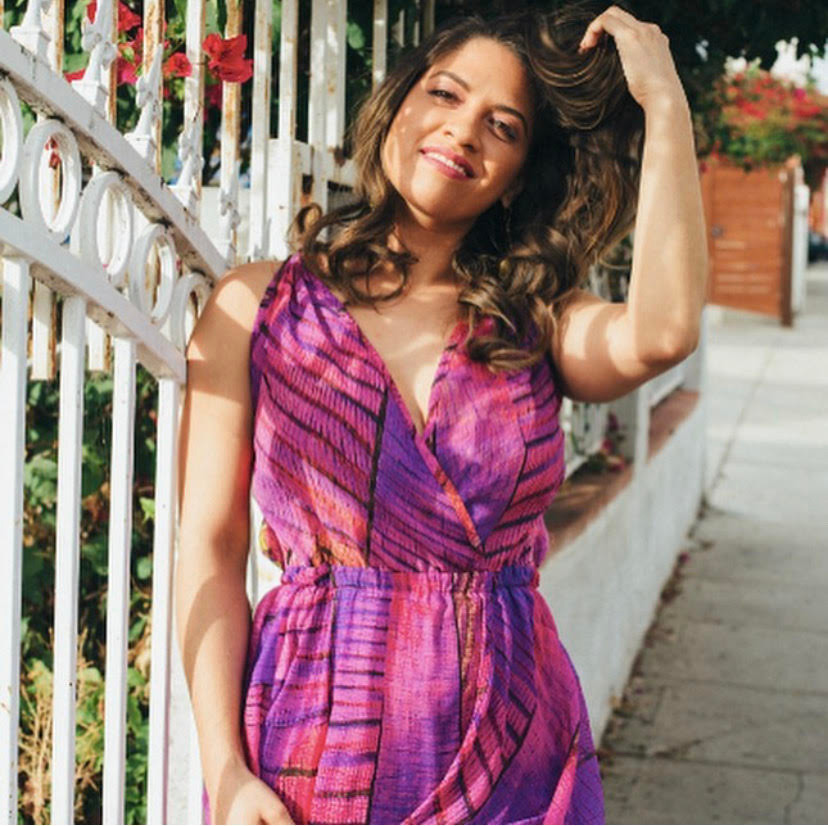 I  received my BFA in theater from an amazing school called New World School of the Arts in Miami, FL. New World gifted me the discovery of my voice as a creator and writer. I directed my first theater piece ‘Reasons to be Pretty’ by Neil LaBute and wrote my original one-woman show ‘Love Frantic‘ which I later toured in New York starting at the United Solo Theater Festival. We were basically the first predominantly mixed cultured cohort in the theater department and because of that, we knew that we had a carve a different path for ourselves. A group of actors/ filmmakers from my cohort and I went on to create a small company together where we pitched original theater work in Miami and began performing almost immediately. My first role in Theater after college was an original play called ‘Edith Can Shoot Things and Hit Them‘ at New Theater directed by Ricky J.Martinez and that was the first time I understood the extremity of my passion. I read the play 3 times in 3 days before the audition ha! I loved every second on the stage and forever fell in love with my character. Theater was my first love and because of that, I knew that New York had to be my first big move. I knew I was going to be knocked down and pushed to grow in a way that no other city could do – and I was right. I wouldn’t be the actress today if I hadn’t lived in New York.

In NY, I worked with some of my favorite actors, intelligent and innovative filmmakers, and used my art to give service working with the IRC and Family Life Theater where we toured schools and performed improv. When I started to get more deeply involved in TV/Film, I moved to Los Angeles. The best thing that I ever did for myself and my career is that I began writing. There is nothing more fulfilling than creating my own work, it replenishes my soul and helps me deliver the work of others from a place of depth and authenticity.

I was lucky enough to be referred to work with Endemol Shine Latino where I met Flavio Morales who encouraged me to cultivate my voice as a writer. I later developed original projects while working with Wayfarer Entertainment, NHMC, and NALIP. And then, as life happens, my sweet dad passed away and that experience drove me to honor my path as a creator even more. I then co-created an original improv comedy show, ‘Natushka & Elena’ with my good friend Elizabeth Rogliani and that was some of the most fun I’ve ever had! We filmed one episode per week and it was completely improvised. We would invite actor friends to shoot with us and create characters — they would always say, “what do you want us to do!?” and we would tell them the idea and structure for the episode and we would just play!

I believe every actor/creator has a unique essence and our job is to bring it up to the surface and let it shine.

Let’s say your best friend was visiting the area and you wanted to show them the best time ever. Where would you take them? Give us a little itinerary – say it was a week long trip, where would you eat, drink, visit, hang out, etc.
What a fun question! Ok, let’s see…

Huntington Gardens in Pasadena. I would recommend dressing comfortably, bringing snacks, and a good book/notebook. It’s crazy beautiful and it feels like a never ending paradise!

Breakfast: I’d go to Little Dom’s and get the blueberry pancakes.

Lunch: I’d get a chicken sandwich at Fiore Market Cafe for lunch.

Dinner: I’d go to Cindy’s in Eagle Rock and order anything because it’s all amazing. But get the coconut pie for desert so you remember what heaven feels like. Also, you can byob/w for a small cork fee!

Have the dan dan noodles at JOY for dinner and then walk around highland park on york and visit the bars and small shops.

I’d get Korean bbq in Koreatown! There is this small little strip of back to back restaurants on 6th street that is so fun!

If you miss Blockbuster I would definitely go to Videotheque and rent a couple of foreign films! They have an amazing selection.

Larchmont Village is amazing! tons of shops/food/coffee and it’s just a nice walk!

MARU coffee shop in Los Feliz is too good to be true and the almond croissant is insane!

Don’t leave without walking the Venice canals at night with a warm drink!

And then if you’re willing to leave LA I would absolutely go to Santa Barbara which is the perfect combo of wine and the beach! 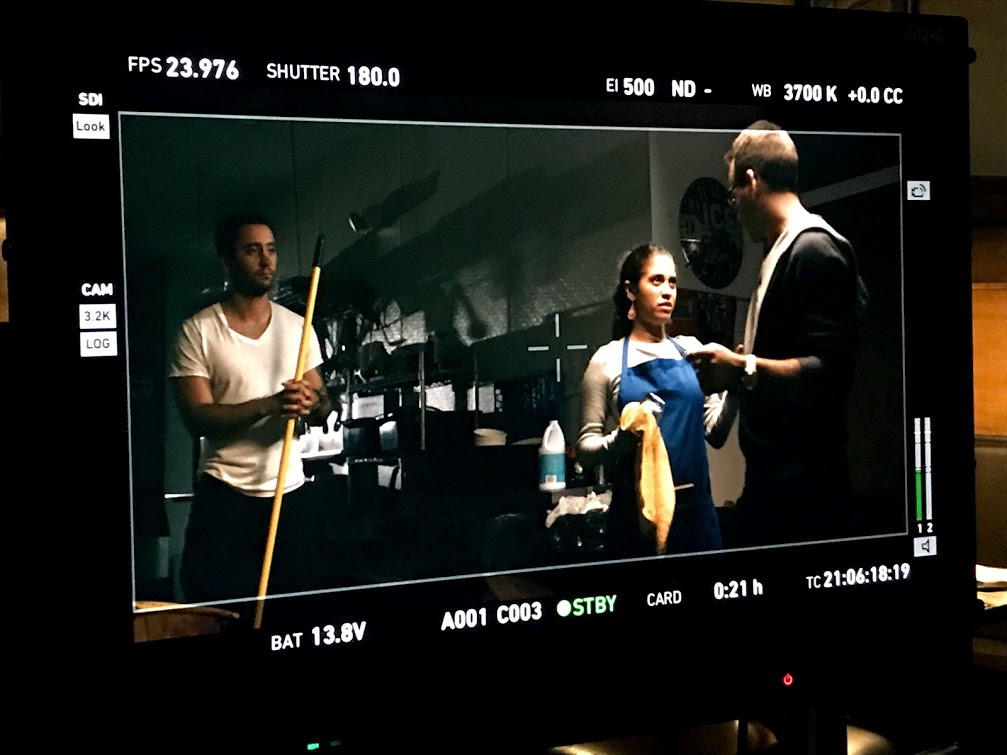 This list could really be endless but I’ll name what comes up for me right now.

> My Dad for being the magical healer he was and gifting me with his teachings.

> My Mother for being a force of nature.

> My wonderful friend Brendan Fitzgibbons for constantly seeking bliss and making me laugh. He’s the kind of friend who always wants the best for you. He has an amazing podcast called “Spiritual Asshole” that makes me laugh out loud in the middle of the grocery store and sends up streams of exponential growth!

>Thom Knoles and Emily Fletcher for teaching me Vedic Meditation which has been the best investment I have ever made in
myself.

.> Bryce Kennedy for being a pivotal healer/coach in my life and writing one of my new favorite books, “In case of emergency, break glass”

> Every single actor/creator that I work with brings me an immense amount of joy and I am just so appreciative of our
community. Every time they say ‘I love you’ to each other in class I get teary-eyed!

Oh! and I’ve been taking a Soul Journey Class through Open Temple that is turning me outside in, in the best way. So thank you to Rabbi Lori Shapiro. 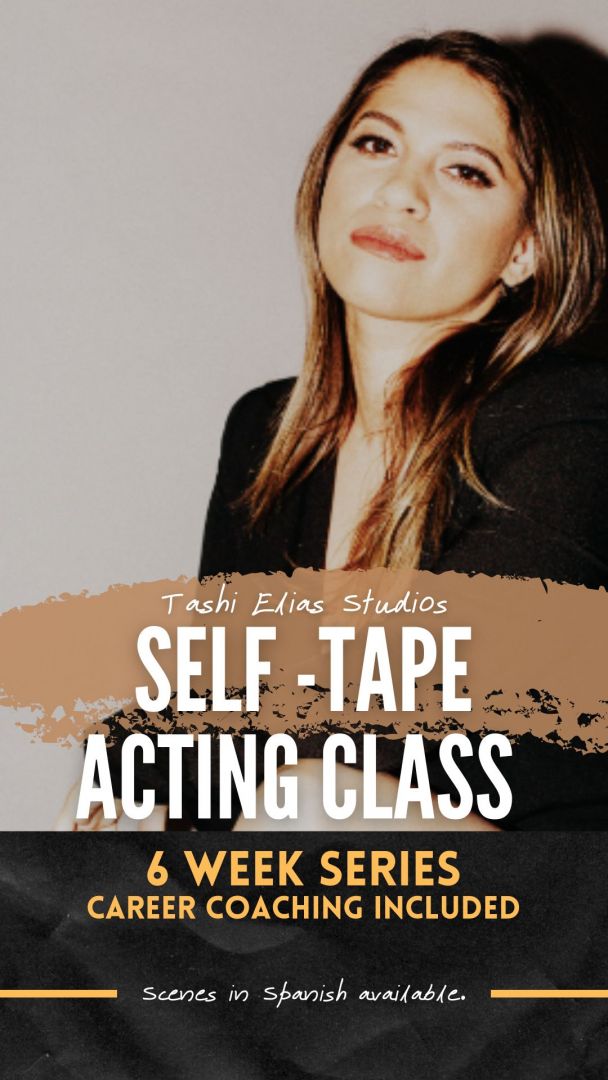 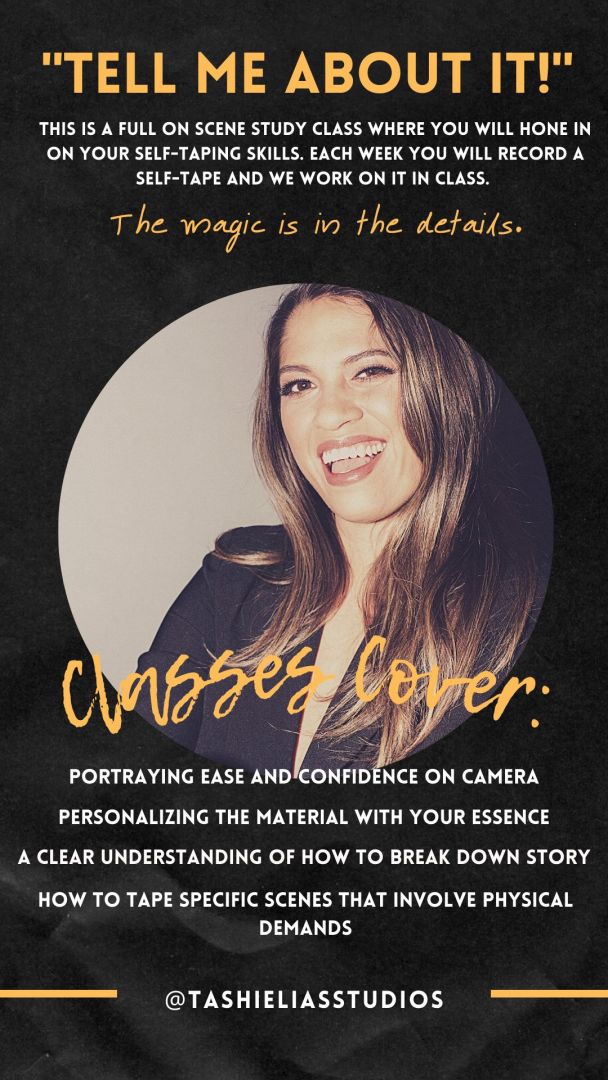 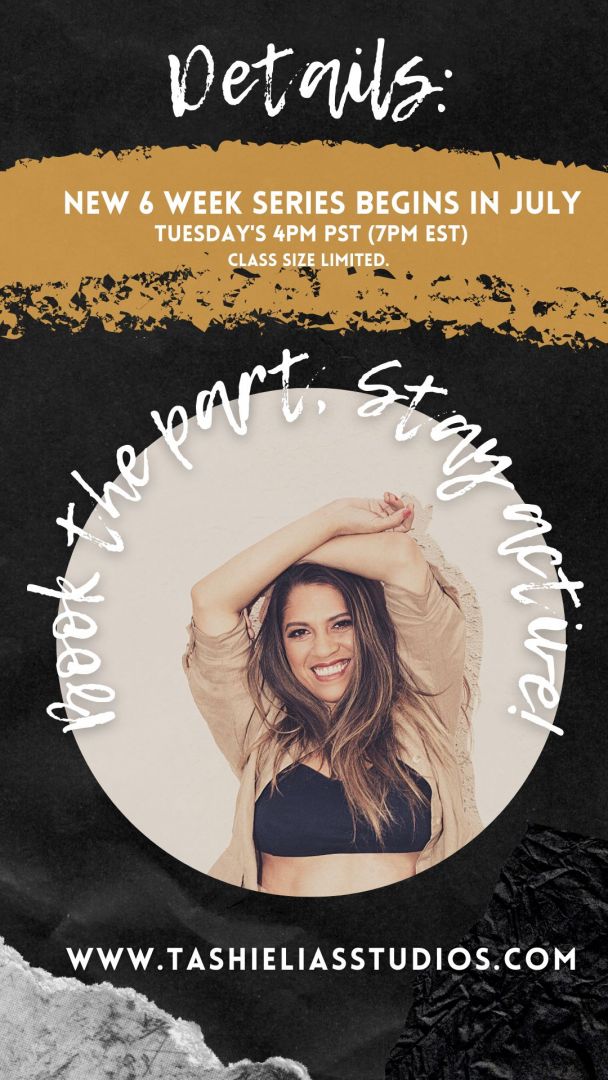