We had the good fortune of connecting with Nicole Daddona and we’ve shared our conversation below.

Hi Nicole, what was your thought process behind starting your own business?
I never imagined myself working a 9-5 job in a corporate office as a kid. I always wanted to do something creative and be my own boss. It was a big dream of my parents for me to go to college and graduate since neither of them had, but I found college and picking a major that would lead to a “professional position” very limiting. I wound up working a corporate job for a short time out of college because that’s what everyone was saying I needed to do. When I realized that definitely wasn’t for me, I wound up doing tons of odd jobs to make ends meet and it was such a hustle getting me nowhere. I finally decided to take the leap into working for myself as a freelance illustrator in my mid-20s which expanded and developed into being my own boss today. We live in such an amazing time to work for yourself. It’s way more accepted today than it was even 5 or 10 years ago to have your own business and be self-employed and it’s almost the norm these days to work for yourself in a creative way. I feel very grateful to be able to have my own business. 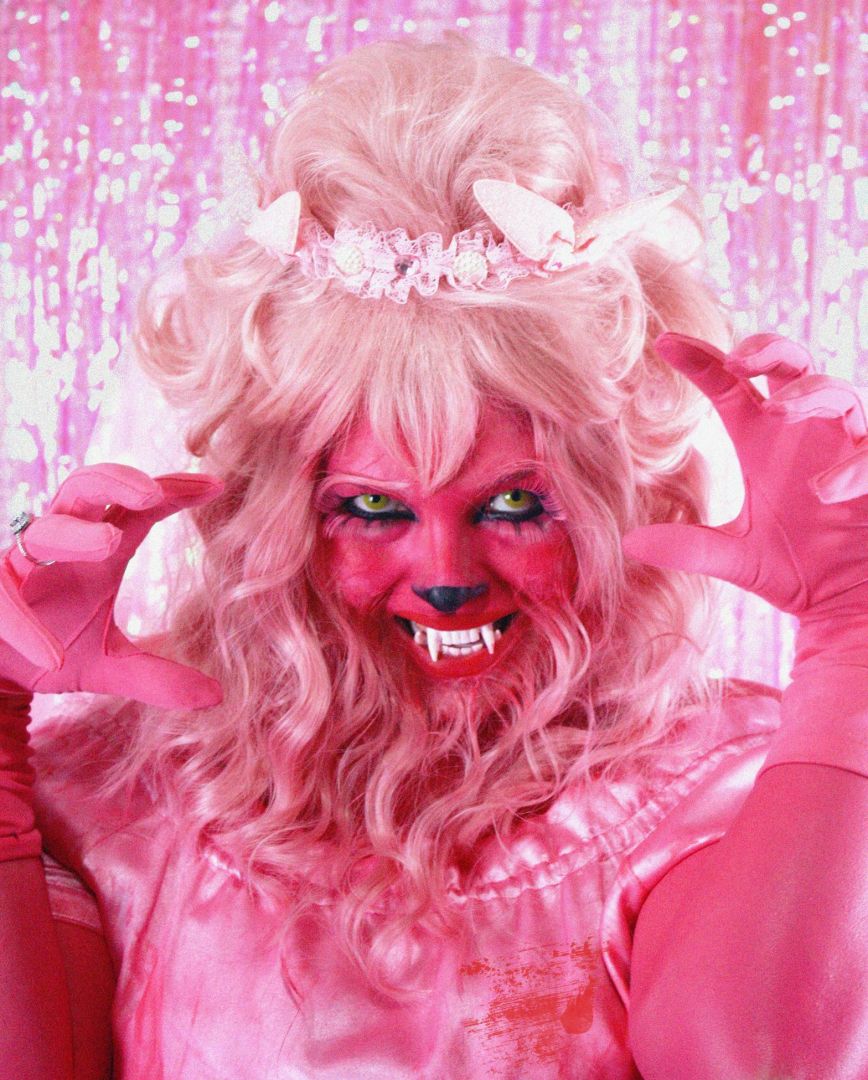 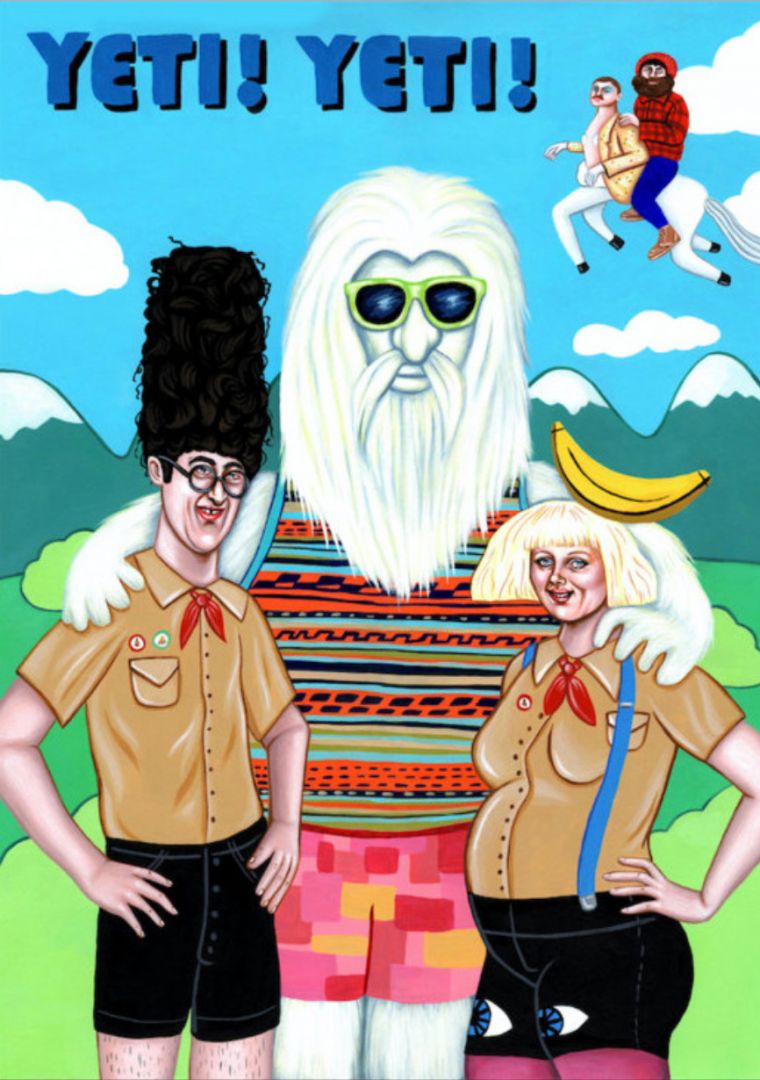 Let’s talk shop? Tell us more about your career, what can you share with our community?
I guess the best way to describe my work is pop art maybe? I do work across a few mediums including visual art, film, fashion, comedy, video art, music, animation, sculptural art, and painting. I think it’s fun to be fluid with mediums. Maybe it’s my undiagnosed ADHD, but I like to change things up with each project while keeping it very much “me”.

I’m excited about the films I’ve been working on with my directing partner Adam. We dived into filmmaking together a few years ago and have been working on some projects that I’m very much looking forward to getting out into the world. I’m also looking forward to the art show Adam and I were planning to do last year that got postponed by COVID called Furniture World. It’s an immersive furniture art show. That will be a lot of fun and I’m hoping it gets our work in front of a lot more people!

Getting to where I am today professional was not easy at all! I still have a ways to go to be where I envision myself being as an artist, but it’s cool to see that I’m further along than I was a few years ago. I have failed thousands of times along the way. I think failing is something a lot of creatives aren’t encouraged to do more often. Failing is such a crucial part of success. I’m a firm believer that if you’re not failing you’re not trying hard enough. Sure, some people get success super fast and make it look easy, but everyone has a story and everyone has failed even if they’re not public about it. I want any fellow creatives reading this to know that it’s okay to fail. Fail often and fail big. It means you’re getting closer to success! 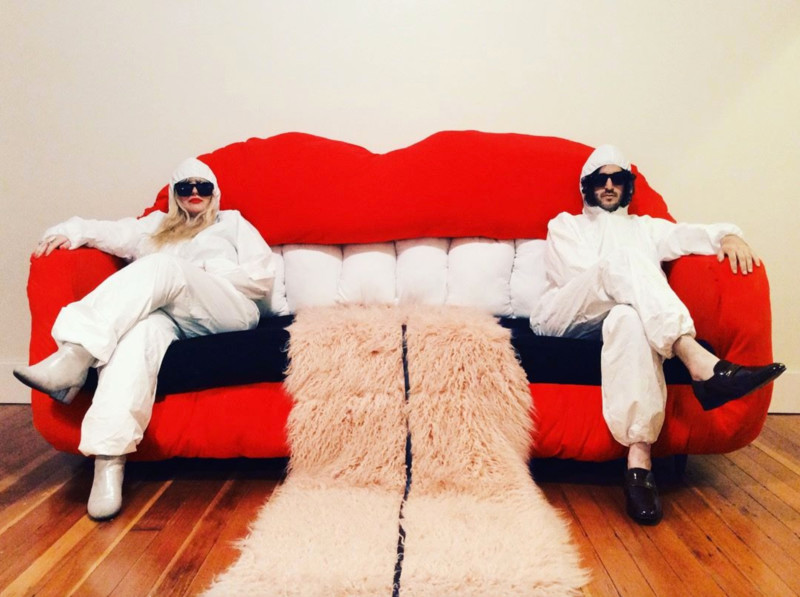 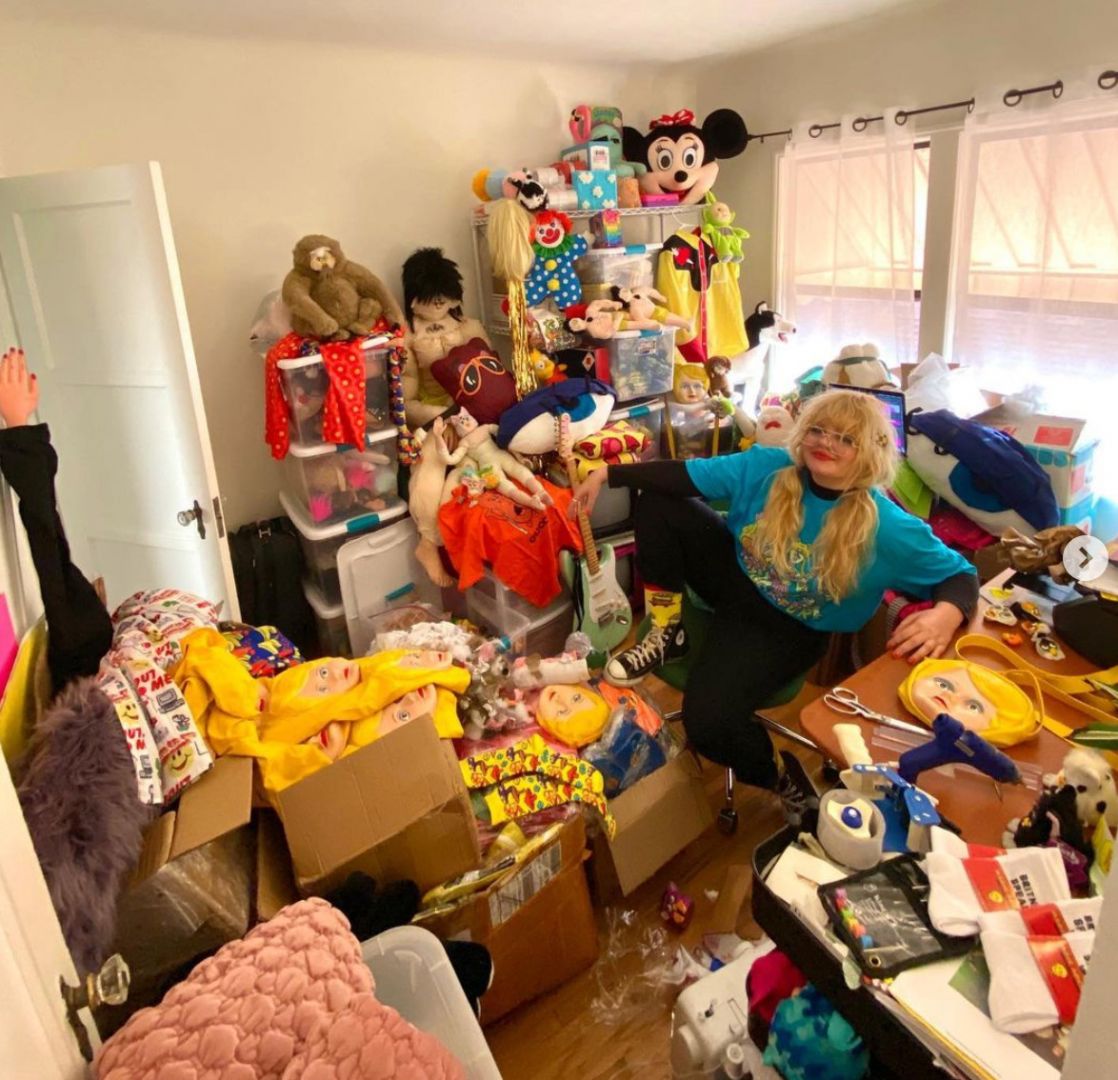 If you had a friend visiting you, what are some of the local spots you’d want to take them around to?
After living in LA for 8 years, I definitely have some favorite spots I’d have to show them! I’d definitely start the day by taking them to get breakfast at Kitchen Mouse in Highland Park, my favorite breakfast spot. After that we’d go for a hike at Griffith Park – either the trail across the street from The Greek Theatre or Ferdell Trail. After that we’ll be thirsty, so I’d take them over to Dinosaur Coffee in Silverlake for something to drink. I’ve spent hundreds of hours at Dinosaur Coffee writing and drawing and they’re always so nice. Since we’ll be in Silverlake, I have to take them on my unofficial old Hollywood tour. I’ll show them the Shakespeare Bridge, Walt Disney’s house where he created Mickey Mouse in the garage, the old Disney Studio that’s now a Gelson’s Market, and Charlie Chaplin’s old studio that’s now a Public Storage. I’m sure there’s some other important old Hollywood spots I’m missing that someone in the comments will point out, so let’s say we go there too.

It’s too early for the Taco Zone food truck, otherwise we’d grab some tacos there for late lunch. Instead, we’ll grab some lunch at Flore Vegan or Silverlake Ramen. After that we’ll take a swan paddle boat out in Echo Park. We’ll head over to Gracias Madre next for some nachos and happy hour. Then catch a movie at The Vista or Los Feliz 3.

I’m probably forgetting a ton of amazing places that are my favorites. Can you tell I’m an East Sider? 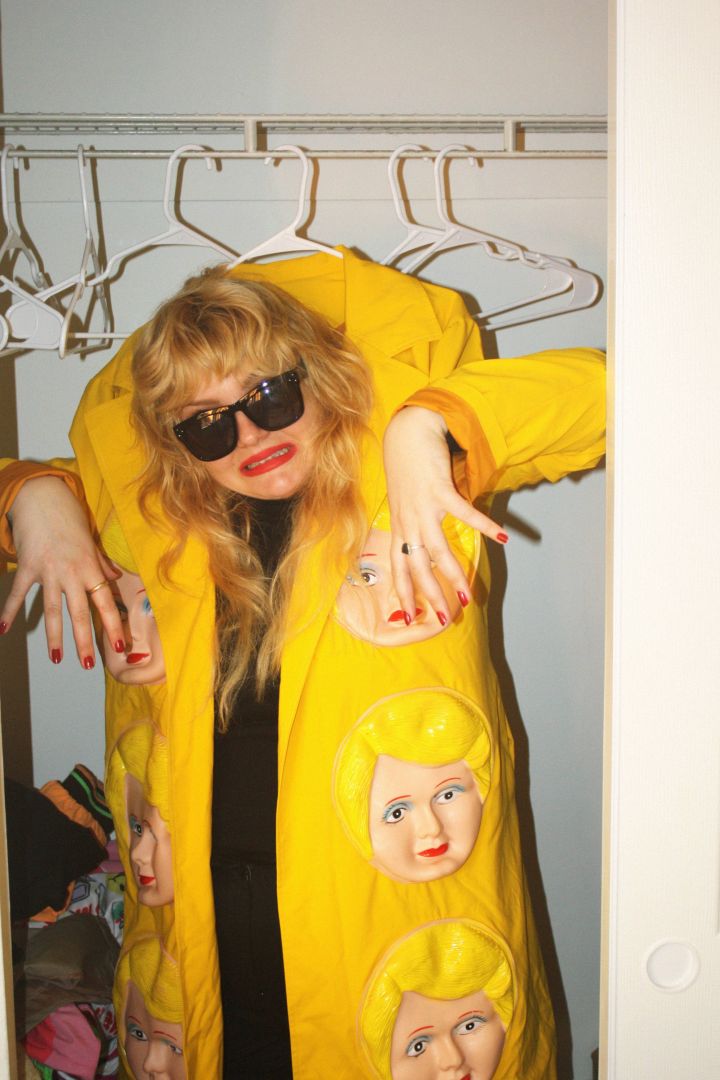 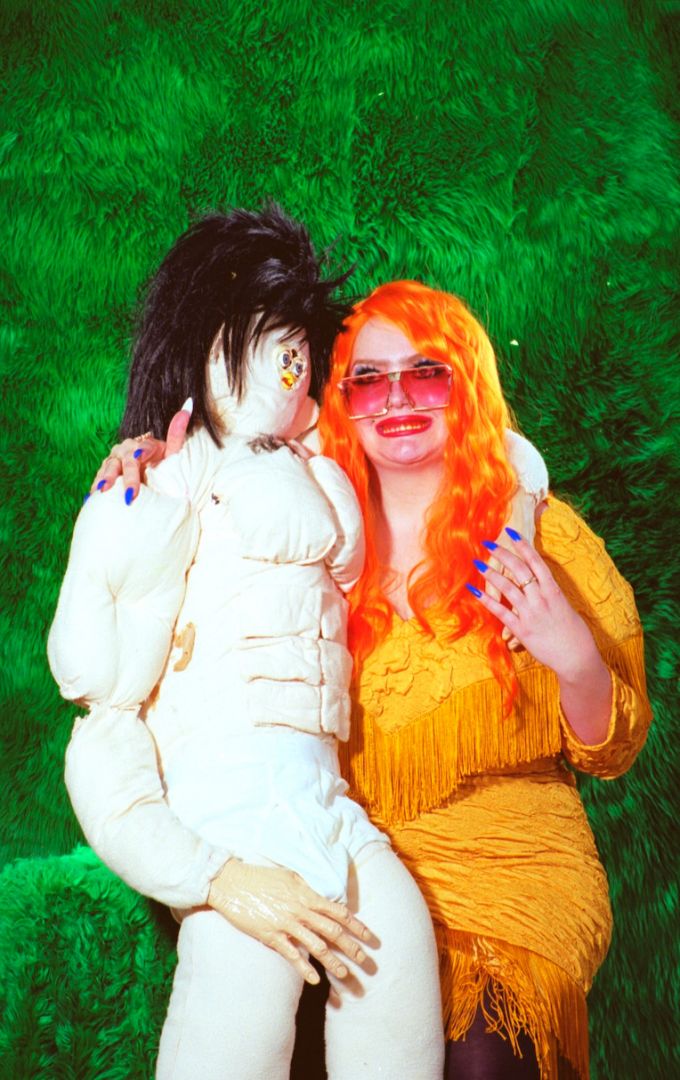 The Shoutout series is all about recognizing that our success and where we are in life is at least somewhat thanks to the efforts, support, mentorship, love and encouragement of others. So is there someone that you want to dedicate your shoutout to?
Wow, there are so many incredible people who have encouraged me over the years. Even the ones who didn’t believe in me deserve a shoutout because they helped but a fire under me and made me want to succeed even more.

Shoutout to my fellow artists who climbed up the mountain with me. We all hustled together and it’s spectacular to watch people I’ve known since first moving to LA absolutely kill it in the world and make a name for themselves. I love a juicy success story and LA is definitely filled with them.

Big shoutout to my creative partner, Adam Wilder, who has had my back and believed in me as an artist and creative every day for the last 8 years. He’s pushed me to expand creatively and see myself as more than I would allow myself to. He’s an amazing director and comedian and he’s always been there for me.

Shoutout to myself for not giving up on myself. This sounds narcissistic, but I really believe we all need to be our biggest fans. If we stop believing in our dreams, no one else will. I wanted to give up like 500 times but something kept pushing me to continue on (probably not wanting to sit in a cubicle). As John Waters said, “have faith in your own bad tase”. Even if an idea seems crazy and ridiculous, if it’s something that resonates with you and it doesn’t hurt you or anyone else, it’s going to resonate with someone else and could be the key to your own success. We all have intuition and it’s not just there because. It’s there to help guide us to our most authentic and abundant lives I think.

Also need to give a shoutout to Law of Attraction, Esther Hicks, and having a positive mindset. Keeping my mind in a positive space and focusing on what my version of success would feel like to exist in has been majorly important. Also addressing subconscious beliefs about success and making sure any blocks that tell me “success is bad” or “who am I to be successful?” are as silenced as possible. They still sneak up and I’m still learning, but it’s so handy to be able to recognize them and know how to zap them so my mind can stay on that positivity train and allow more abundance and success in! 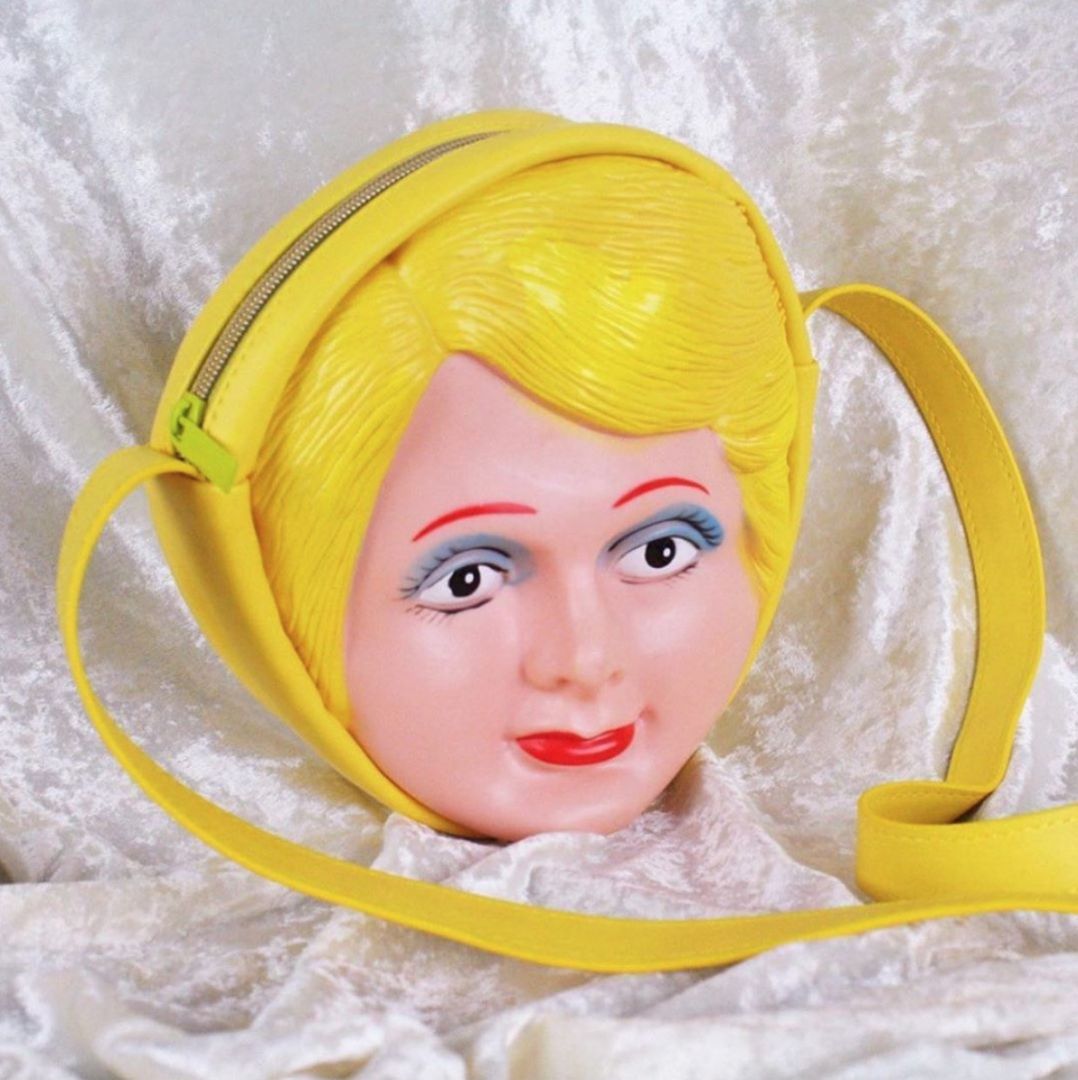 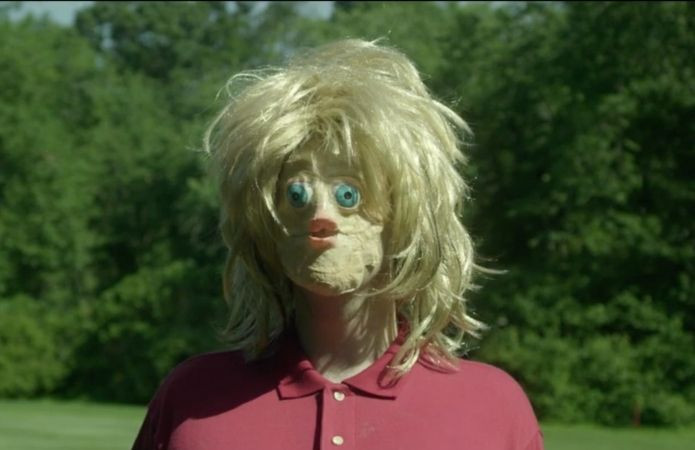 Image Credits
Photo of Sexy Furby and me by Parker Day Photo of pink werewolf by Adam Wilder, styled by Orchid Satellite All other photos by me!