We had the good fortune of connecting with Nicole Santolo and we’ve shared our conversation below.

Hi Nicole, we’d love to hear about how you approach risk and risk-taking
Sometimes you plan a risk, sometimes you take a risk and fly 3,000 miles across the country on Halloween night from New York to LA for a six hour job interview 12 hours after you step off the plane. My move to LA happened randomly by chance and I still can’t believe how fast everything fell into place. In 2016, I worked for an Australian tech startup and they sent me to LA to film an interview. I was ECSTATIC because I’ve always had this fascination with LA and I did every touristy thing while I was there, including the Warner Bros. Studio Tour. I. LOVED. IT. I loved it so much, that I convinced my family to do it with me a year later on our vacation. But this time I was jobless, the Aussies laid me off. While we were waiting for our tour, my parents made me ask one of the guides how he got his job and he said he just applied online. I absolutely did not believe him and laughed all the way home. A few weeks later, my Dad found the tour guide posting and I literally applied as a joke. I was shocked when the recruiter called me and asked if I’d be available for an interview in Burbank as I’m standing in my dining room in New York. Around 50 people showed up for the interview and we each had to pick a WB title and pretend to recite a spiel in the sound stage. I took a risk, chose IT, and did a silly performance with a clown nose and balloon. I got the job on the spot 3 years ago and have been with WB ever since. I took even more risks within the company and through networking, events, and persistence, I was able to graduate from tour guide to production coordinator in Home Entertainment. Risks are necessary to catapult your life and career to the next level and I do believe everything happens for a reason. Why do you think I moved out here and got a job in less than 24 hours? It was meant to be. 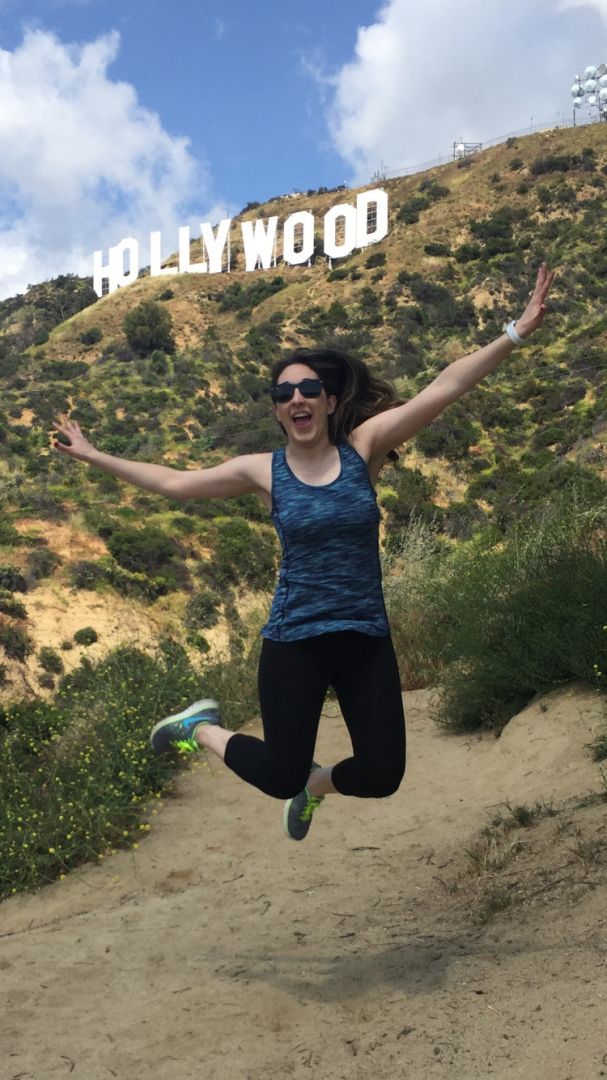 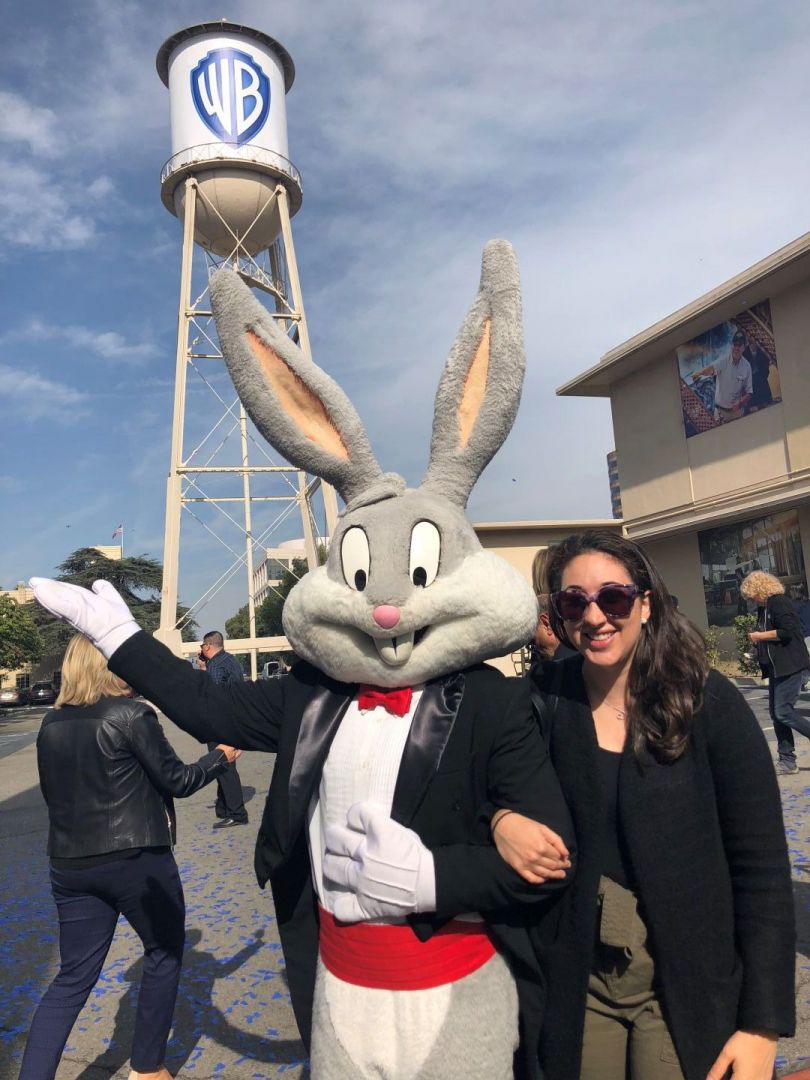 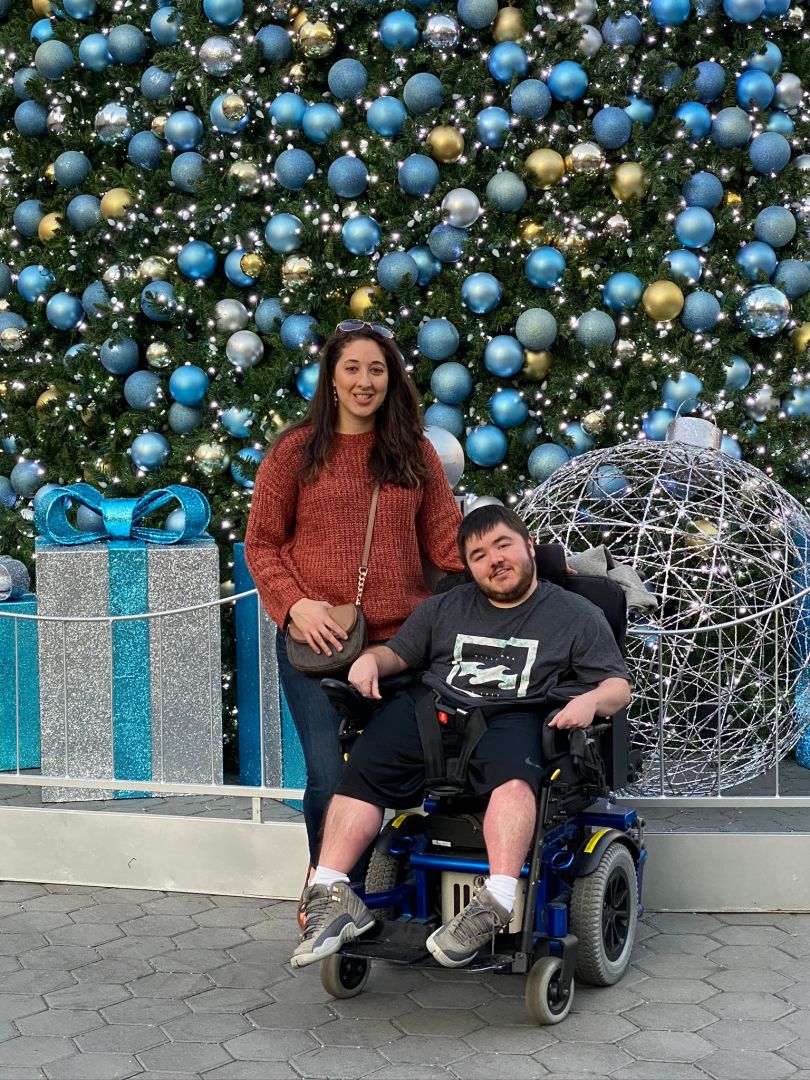 Let’s talk shop? Tell us more about your career, what can you share with our community?
I studied Communications at Northeastern University and have worked in many areas of the entertainment industry, including television, music, and sports. I’ve worked for a radio station, a record label, the New York Mets, NBCUniversal, MTV, MSNBC, even a polygraph examiner and an entertainment lawyer. The list goes on and on. One of my first jobs out of college was at the Jerry Springer Show. Jerry! I was simultaneously pursuing a Masters in Film and Television Production at Sacred Heart University, which was right down the street from the studio. For my thesis, I wrote, produced, directed, and edited a 22 minute TV pilot about my family and my brother, Ryan, who has Duchenne Muscular Dystrophy and uses a wheelchair. My ultimate career goal is to create a sitcom about disabilities. Television desperately needs more disability representation and I will advocate for disabled actors to play disabled characters and hire disabled writers in my writer’s room, as we focus on dispelling stereotypes and stigmas. My thesis, which premiered at a handful of film festivals, is one of my biggest accomplishments to date. Watching people laugh and react positively to the film is such a rewarding experience. At Warner Bros., I’m on the board for one of the Business Resource Groups, and I created a video for the WB internal site that features 10 executives and our CEO, Ann Sarnoff. I am extremely proud of this video and sometimes need to pinch myself. How did I go from tour guide to editing the CEO!? I also design content and newsletters to promote events around the lot. I’ve learned that my creativity, passions, and skill sets will always find a way to shine through. Even if I don’t utilize them in my job, I can take classes and pursue extracurriculars. I’ve also learned that it’s perfectly normal to not have a clear-cut career path. I’ve zig-zagged all across this industry since I graduated college in 2012 and I am STILL trying to figure out my path. Maybe I don’t need to figure it out. Sometimes jobs are handed to you in the moment that don’t make any sense, but will steer you in the right direction. Also jobs don’t last forever and you need to hustle in between. Whenever I got laid off, I would attend TV show tapings and get paid to sit in the audience. I must be in 100+ episodes of People’s Court but I learned so much about the inner workings of a set and was able to transfer that knowledge. The future is so unpredictable, especially in these times, but I know my passion for video editing, graphic design, and my desire to create a show about my brother will remain a constant force in my career. 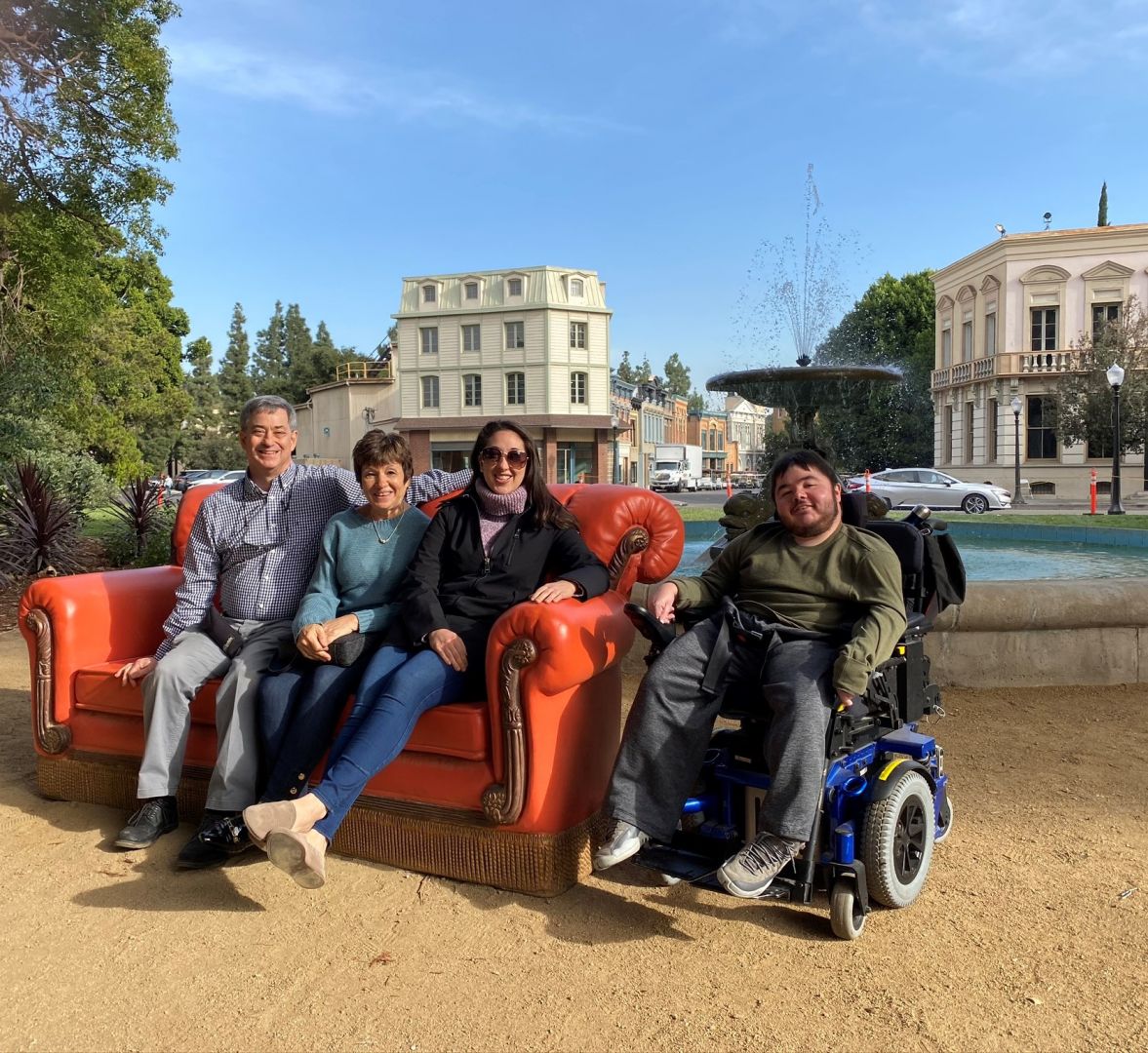 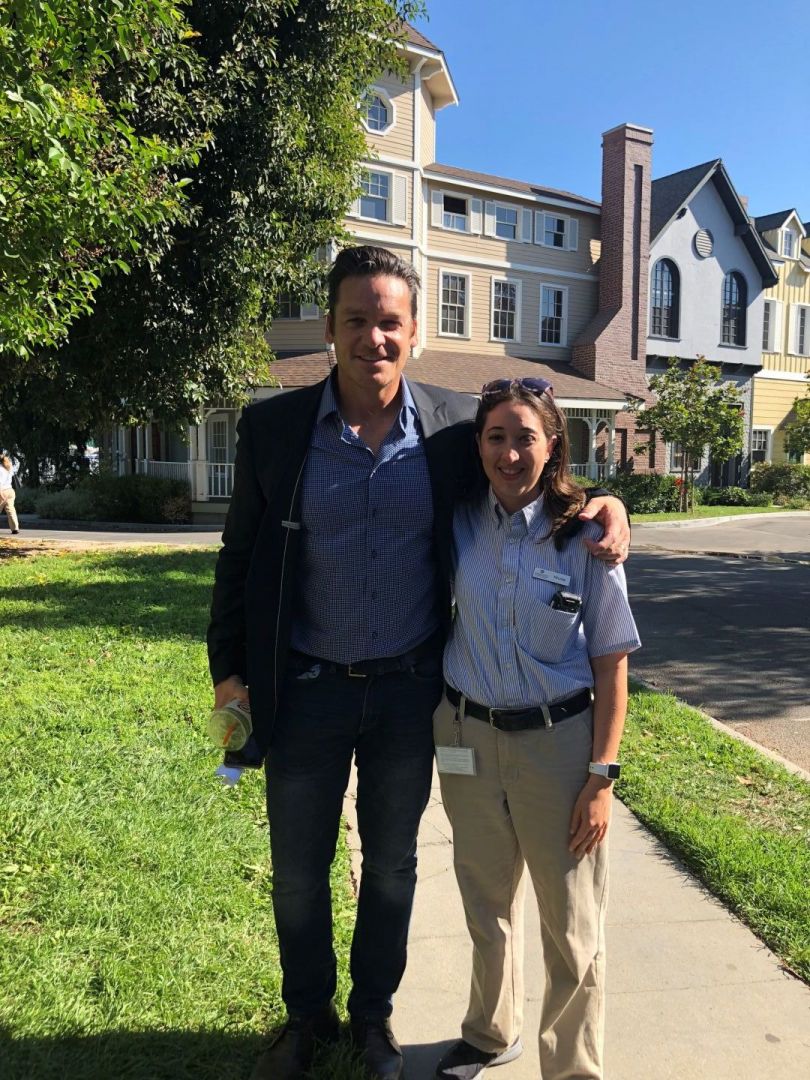 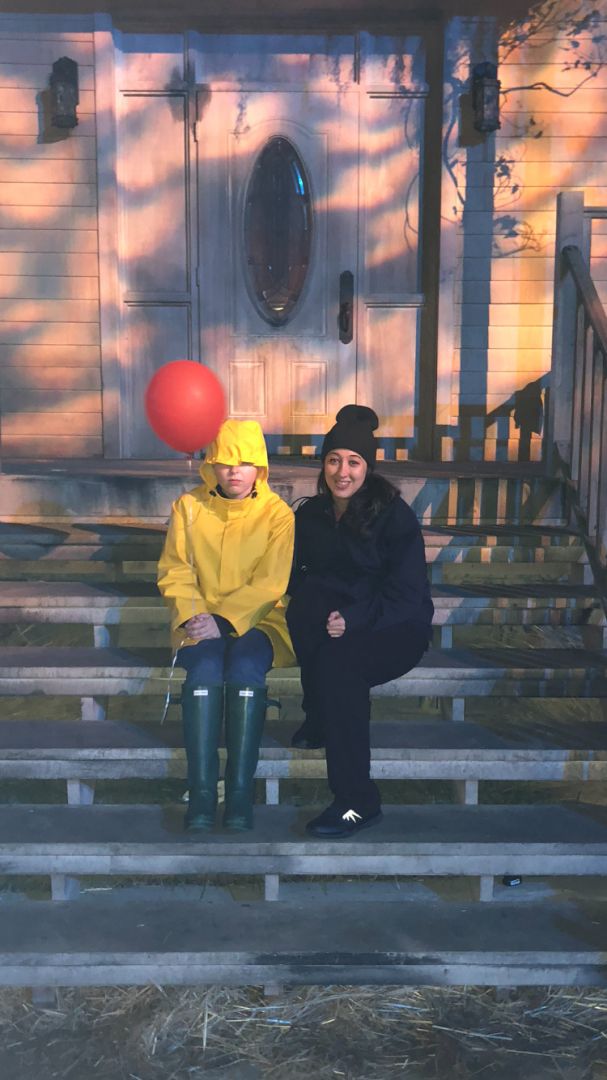 If you had a friend visiting you, what are some of the local spots you’d want to take them around to?
The first thing I would do, without question, is call in a walk-on pass for access onto the Warner Bros. lot. I would give them a personal tour of the studio and then have lunch at the Commissary, the nucleus of WB. I would also take them to a sitcom or talk show taping. After that, we would have dinner at the Smokehouse, a tradition my family upholds every time they come to visit. We would visit Beverly Hills, Hollywood, Malibu, Santa Monica, Venice Beach, basically they wouldn’t have time to sleep. I love to hike and would take them to the Griffith Observatory, the Hollywood Sign, and my favorite trail in Burbank, Wildwood, which is a mile uphill with stairs. We would also see a show at the Hollywood Bowl. I saw John Williams there and it was the best night of my life. Last but not least, we would drive around town checking out the neighborhood movie sets, like the Brady Bunch, Fresh Prince, and Nightmare on Elm Street houses. There is so much to do in LA, I haven’t even experienced it all! But I’d want to show them a little bit of everything. 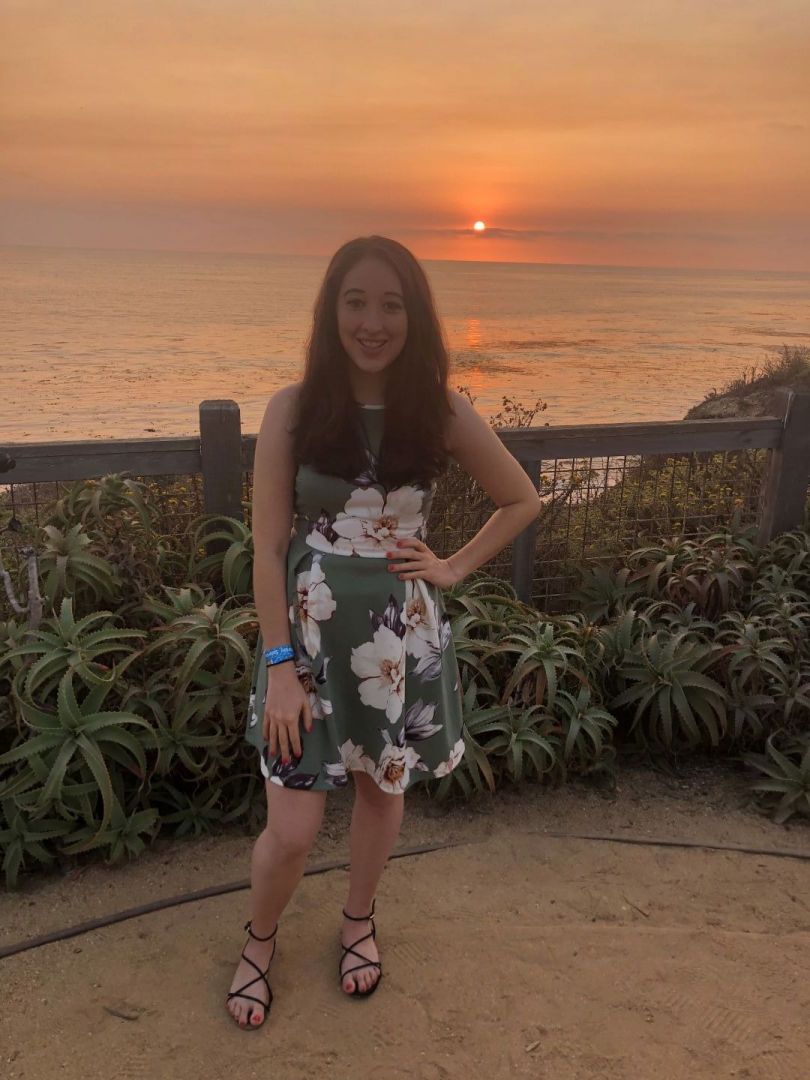 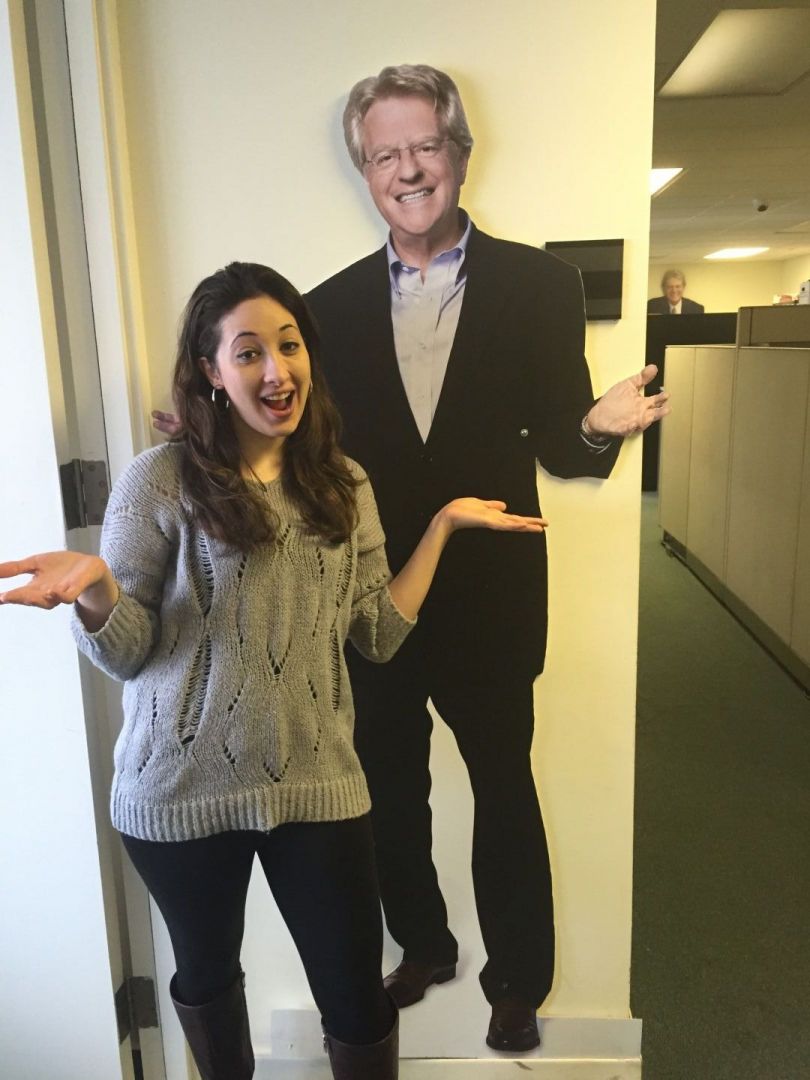 Shoutout is all about shouting out others who you feel deserve additional recognition and exposure. Who would you like to shoutout?
I would like to dedicate my Shoutout to my brother, Ryan. Ryan is an insurmountable inspiration and I admire his attitude and glass half-full mentality. He’s the funniest person I know and I laugh effortlessly whenever I’m around him. When I’m upset, he says all the right things to make me feel better. Being away from him is tough but I know he supports our TV series, Wheels, wholeheartedly. I always consult him about the jokes and storylines and his opinion is the most valid. Also special shout-out to my parents for always supporting me. Thank you for reading my scripts, attending my table reads, and listening to me drone on and on about Wheels. We will get this show on TV and finally be able to see ourselves on the screen, a disabled-centric family. I wouldn’t be able to do any of this without you, Mom, Dad, and Ryan.