We had the good fortune of connecting with Nidheya Suresh and we’ve shared our conversation below.

Hi Nidheya, what do you want people to remember about you?
That I’m someone who went after what I wanted, despite the monumental obstacles that stood in my way. But truly, I want it to be my work, the films (and hopefully in the future, books) that I have and will write. I have always been so deeply influenced by art – books (my first love), movies and television. Stories in all these forms have transformed my life, inspired me and brought me out of the worst funks. I sometimes recognize various points in my life based on what bit of fiction I was consuming then. So I just want my work to emotionally impact people. I want people to read my books, watch my films and laugh, cry, curse and eventually rejoice. I want to live on through the art I’ve left behind. 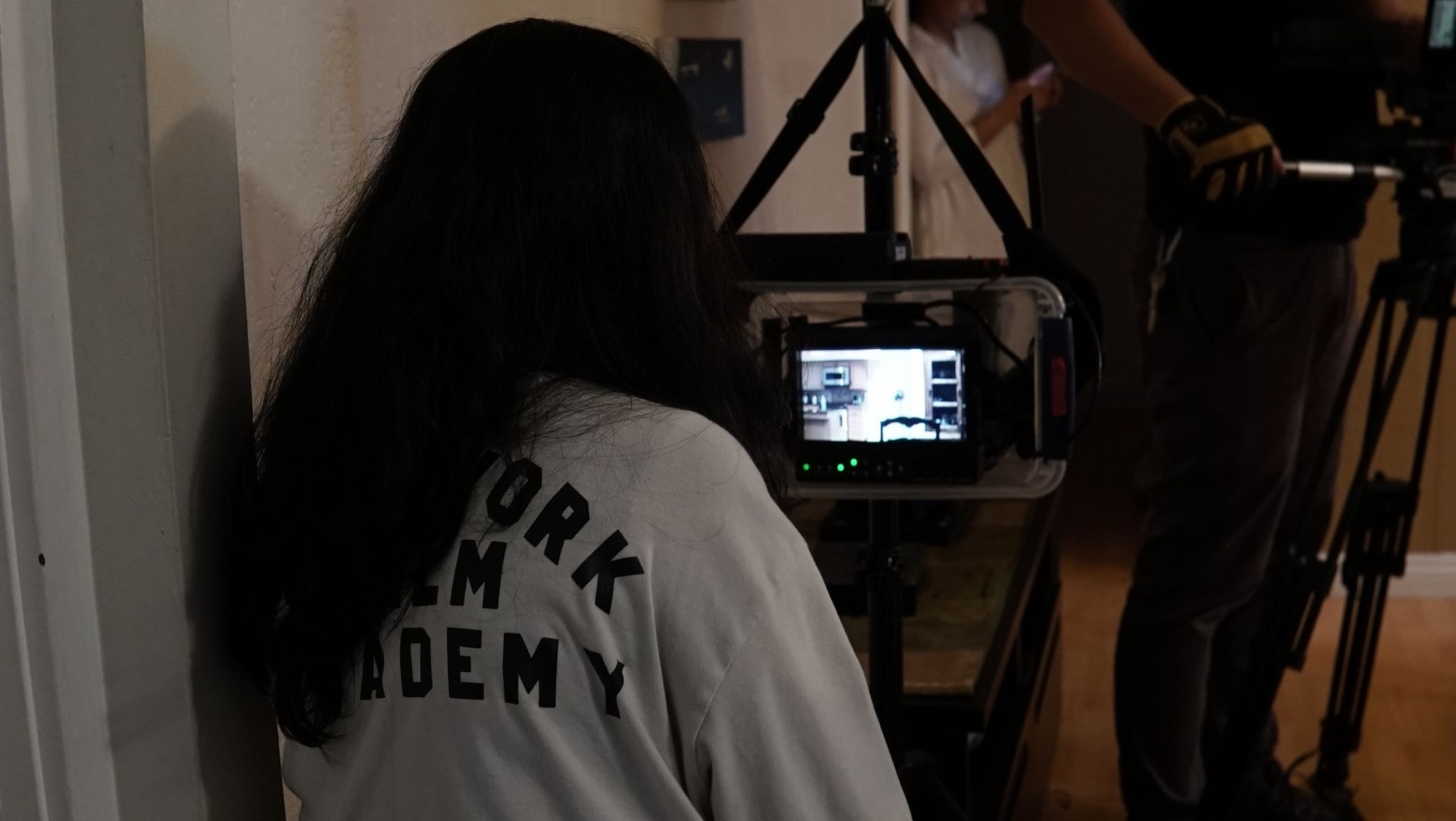 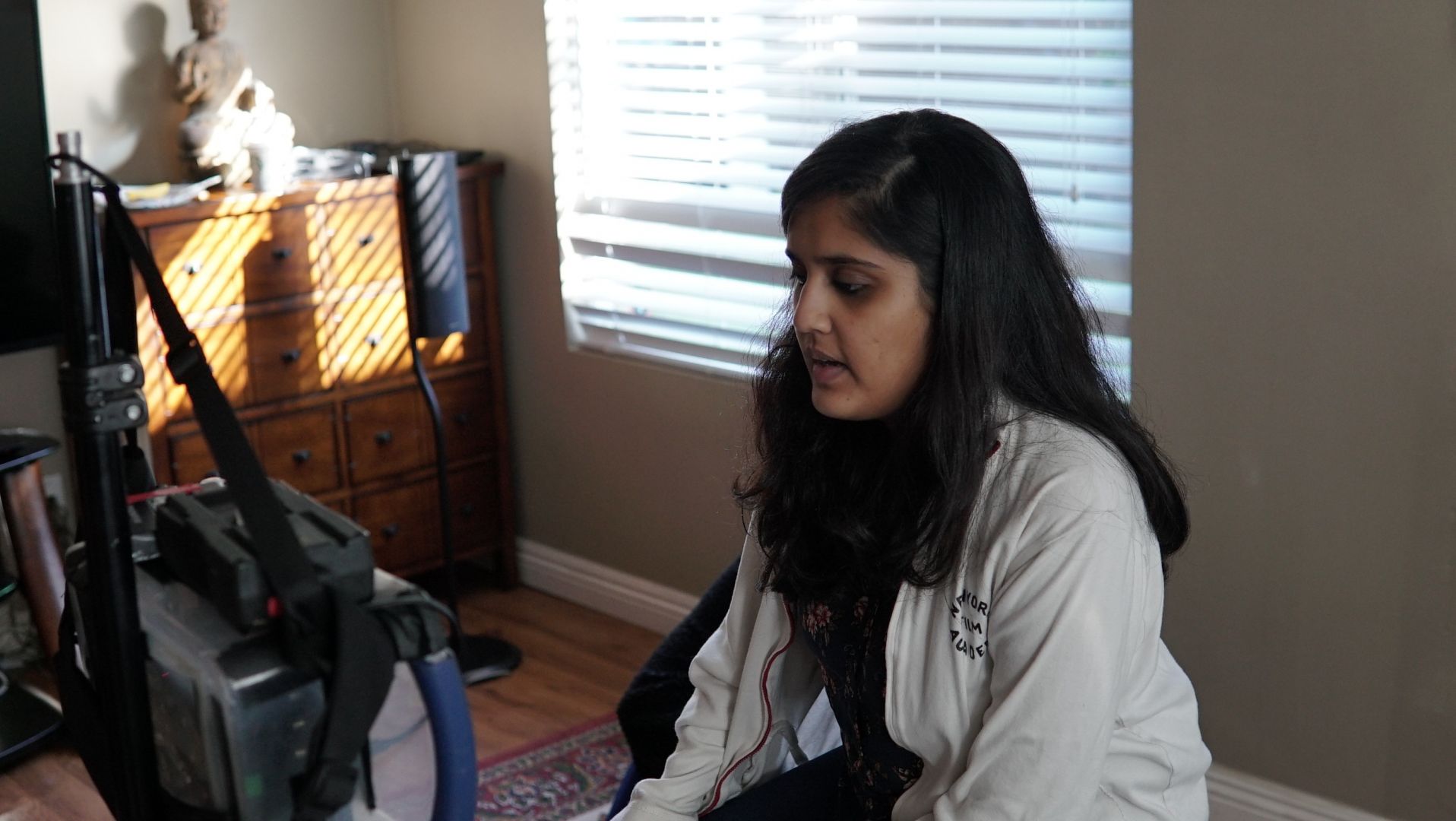 Let’s talk shop? Tell us more about your career, what can you share with our community?
So far, I’ve directed five short films – I wrote the screenplay for four of them. I initially started with a psychological thriller, Idée Fixe, about a girl dealing with the murder of her best friend. I collaborated with my good friend Ahlan Williams on this. When we were working on that film, I was so adamant that I’d never direct. I had a writer’s personality and brain and couldn’t see myself doing directing again. But after my second film Tabitha (which Ahlan co-directed), I had been bitten by the directing bug. One of the things I’m proud of, is how I haven’t boxed myself into any one genre or theme. I have written a thriller, a horror film and dramas centering around issues like LGBT issues and immigration issues. I am also extremely proud and excited about the fact that my third film Maa (which I both directed and wrote by myself) was awarded the “Best of Out & Loud” at the Out & Loud Pune International Queer Film Festival. I was absolutely floored by the reception my film received at the festival, and even the fact that they had me on to be a speaker on the filmmakers panel. It was definitely one of my career highlights. I’m also excited about my upcoming movie, a drama about two sisters dealing with the aftermath of their parents’ death. I pushed myself to the max with the screenplay for that one, and it will be rewarding to finally produce it. I got to where I am today with sheer determination, hard work and the support of my family and friends. I once read an interview by an actress who said she never has a Plan B because that means she gives herself the option to fail in her Plan A. And that stuck with me. I didn’t want to have a back-up option, because I’ve never wanted to do anything else. And no, it wasn’t easy at all. Being from a different country, there are so many obstacles that show up with that one fact alone. And adding onto that, my crippling self doubt. But I overcame a lot of that with the help of my parents, whose words of wisdom, love and encouragement always lifted me up from the lowest of lows.

Any places to eat or things to do that you can share with our readers? If they have a friend visiting town, what are some spots they could take them to?
Ooh! Good one. First of all, because I am basic as all, a Disneyland trip HAS to be in the itinerary…like come on! I’d also take her to the Warner Bros Studio Tour, because that was one of the first things I did on my own when I first moved here, and I absolutely loved it. Then there’s Universal Studios, LACMA museum, and even a JPL tour if that’s available. For food, my God…let’s see. Cajun fries from Lazy Dog, Sake2Me Sushi, the mushroom burger in Shake Shack, Don Cuco’s in Burbank for some amazing margaritas…these are usually the spots I take anyone who visits from out of town/country. I’m a bit of a nerd, so a lot of my interests are geared towards that as opposed to anything dealing with nightlife. Museums, theme parks and random events like the Stranger Things Drive-Into event or the Harry Potter cocktail making event (which I couldn’t go to due to covid) are my absolute favorites. 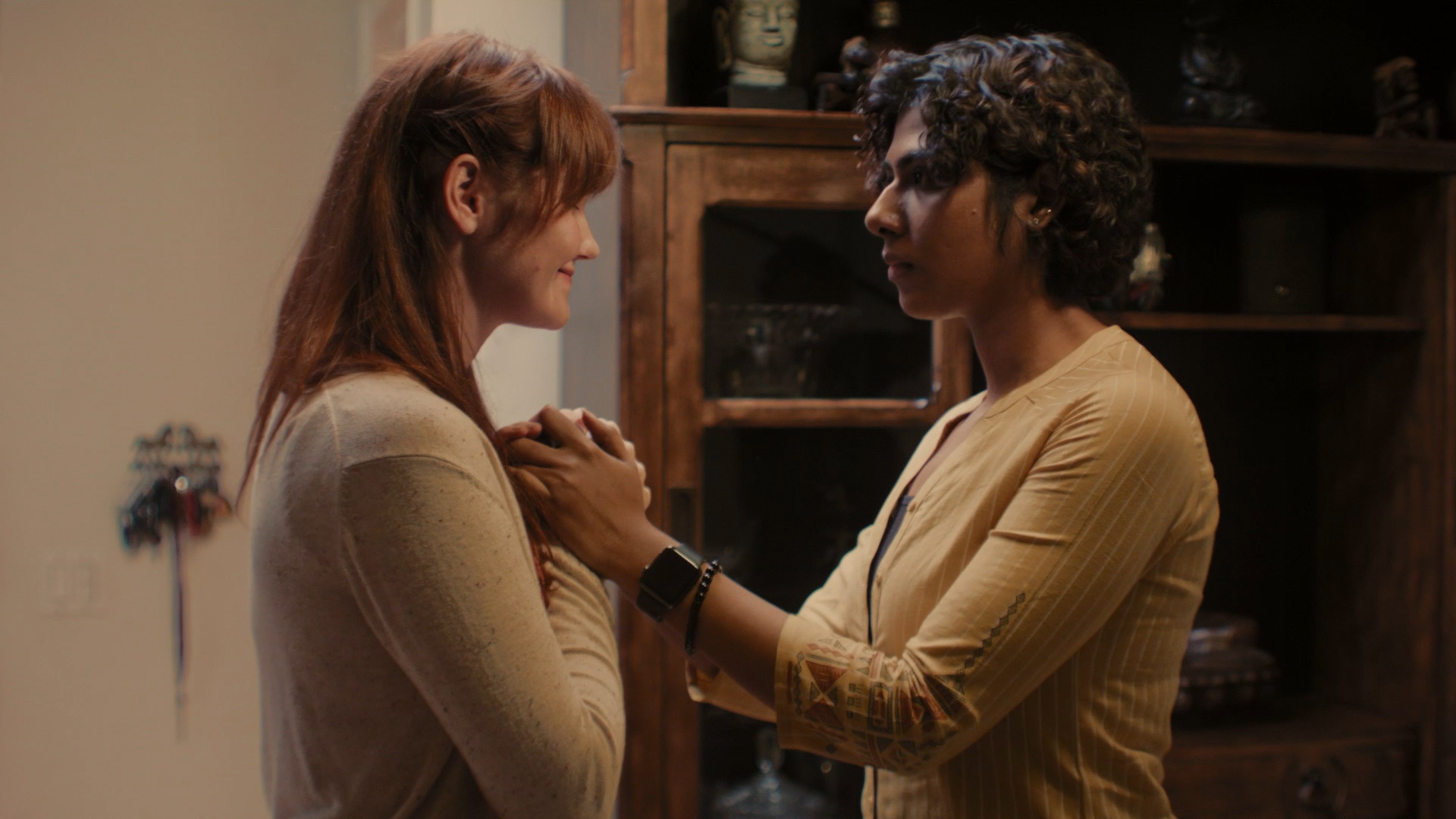 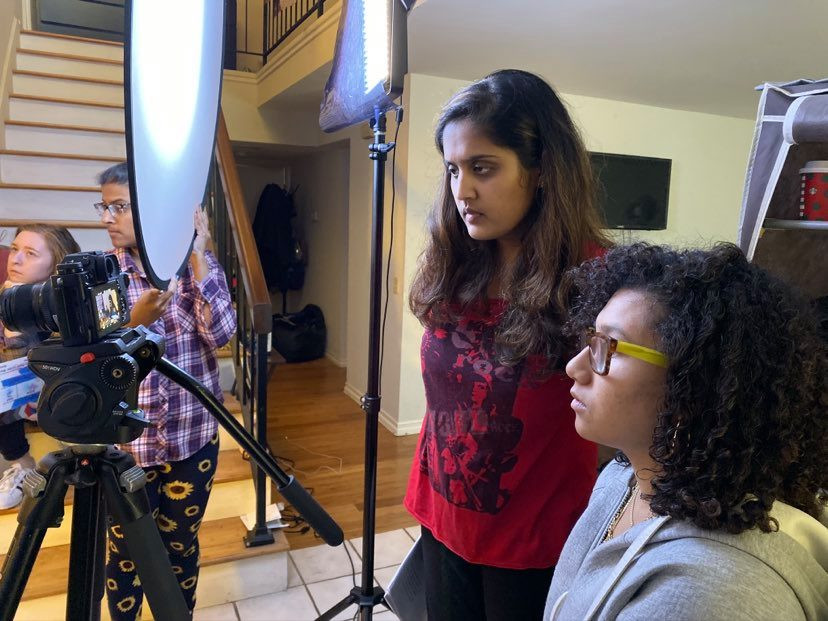 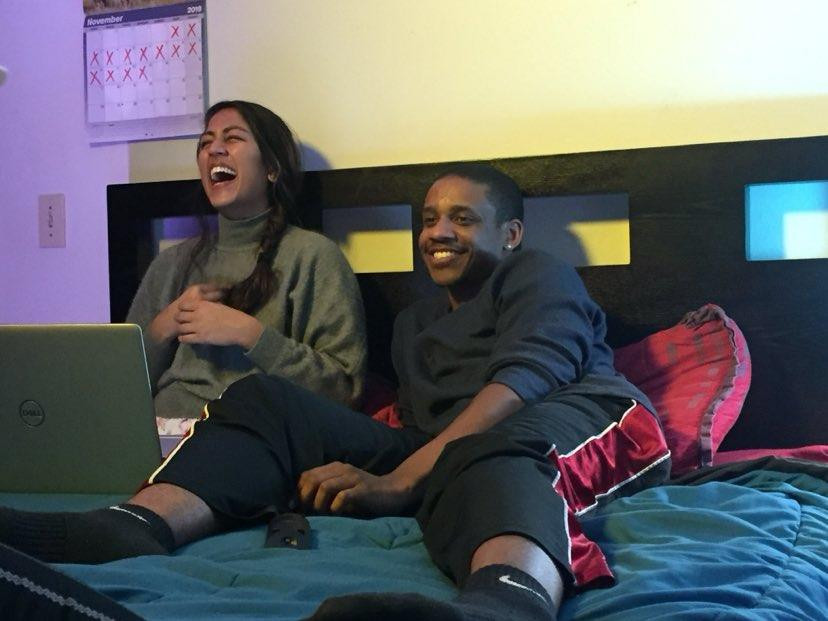 Who else deserves some credit and recognition?
Oh my god. So many people. But most importantly, my parents. They have been unflinchingly supportive of my big dreams since I was a little girl. They always believed in me and built me back up whenever I was down. I am so grateful for them, and know that I’d never be where I am if it weren’t for them. But also, my sister, for putting up with all the various rehearsals and table reads and auditions in our house, and also giving up her room for me to film that one time. My close friends also deserve a major shoutout. For watching every cut and reading every draft. For criticizing my work and pushing me to get better, and also, generally helping me stay sane, I couldn’t have done anything without you all.

Other: My website is currently down, so the other two would be the best way to reach me,

Image Credits
3 shots of me working – Joshua Martinez 1 shot of the two women holding hands – still from my movie Maa. the shot of the guy and girl laughing – Alyssa Rivas