We had the good fortune of connecting with Paige Wesley and we’ve shared our conversation below.

Hi Paige, what do you attribute your success to?
We get asked about how we got our show and our brand to the place it is today. The truth is, we got lucky with a lot of the early business decisions we made. Launching with a block of episodes to binge, having a specific vibe and structure to the show, and committing to learning the industry all worked in our favor.

We didn’t know what we were doing, we definitely made mistakes, but ultimately it panned out.

When I look back, one of the driving forces behind all of those early decisions was a commitment to being as authentic as possible. It meant a lot of hard work and doing a lot of things ourselves when we could have taken easier routes. Ultimately, these were the kinds of things that got us noticed. 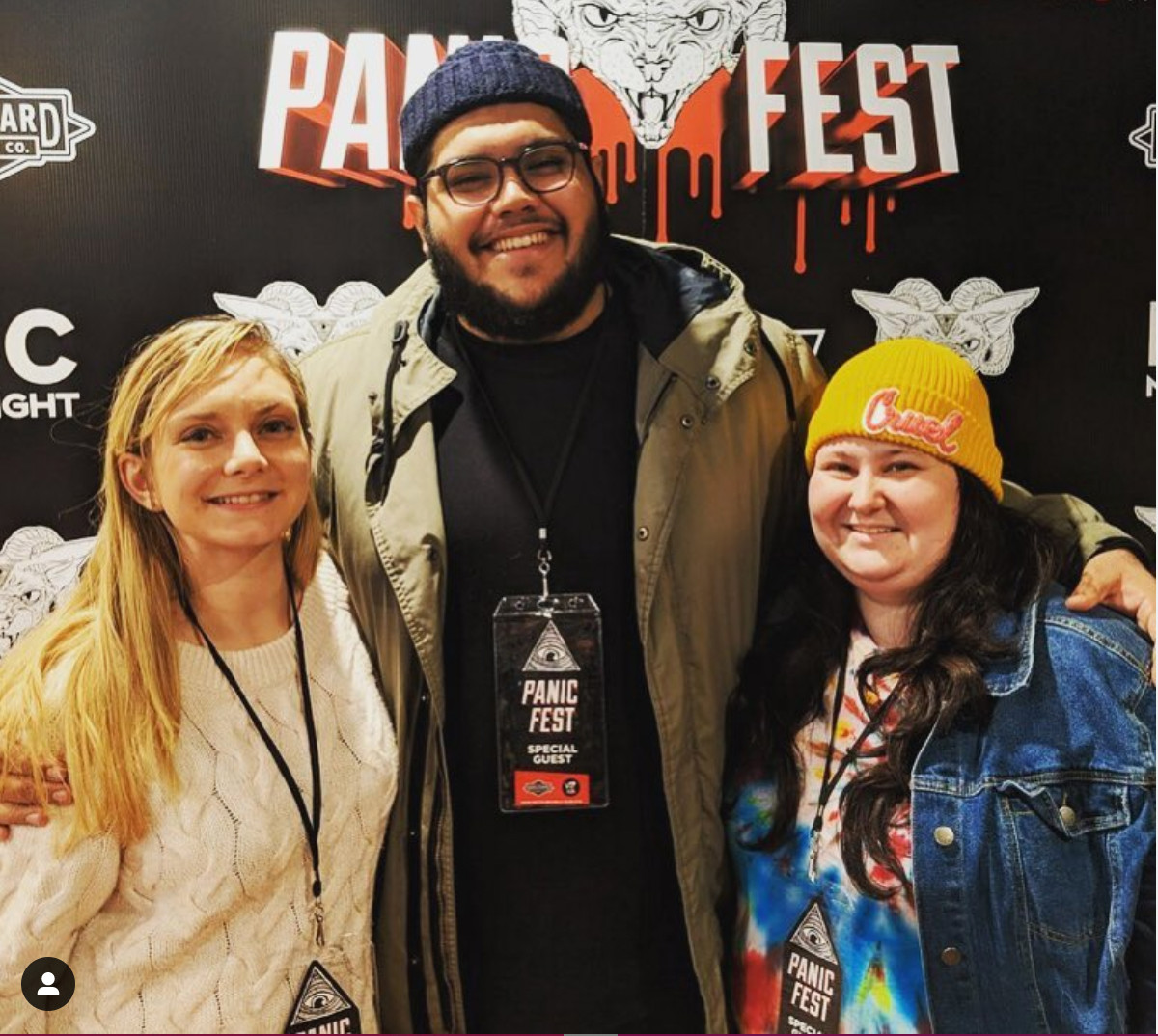 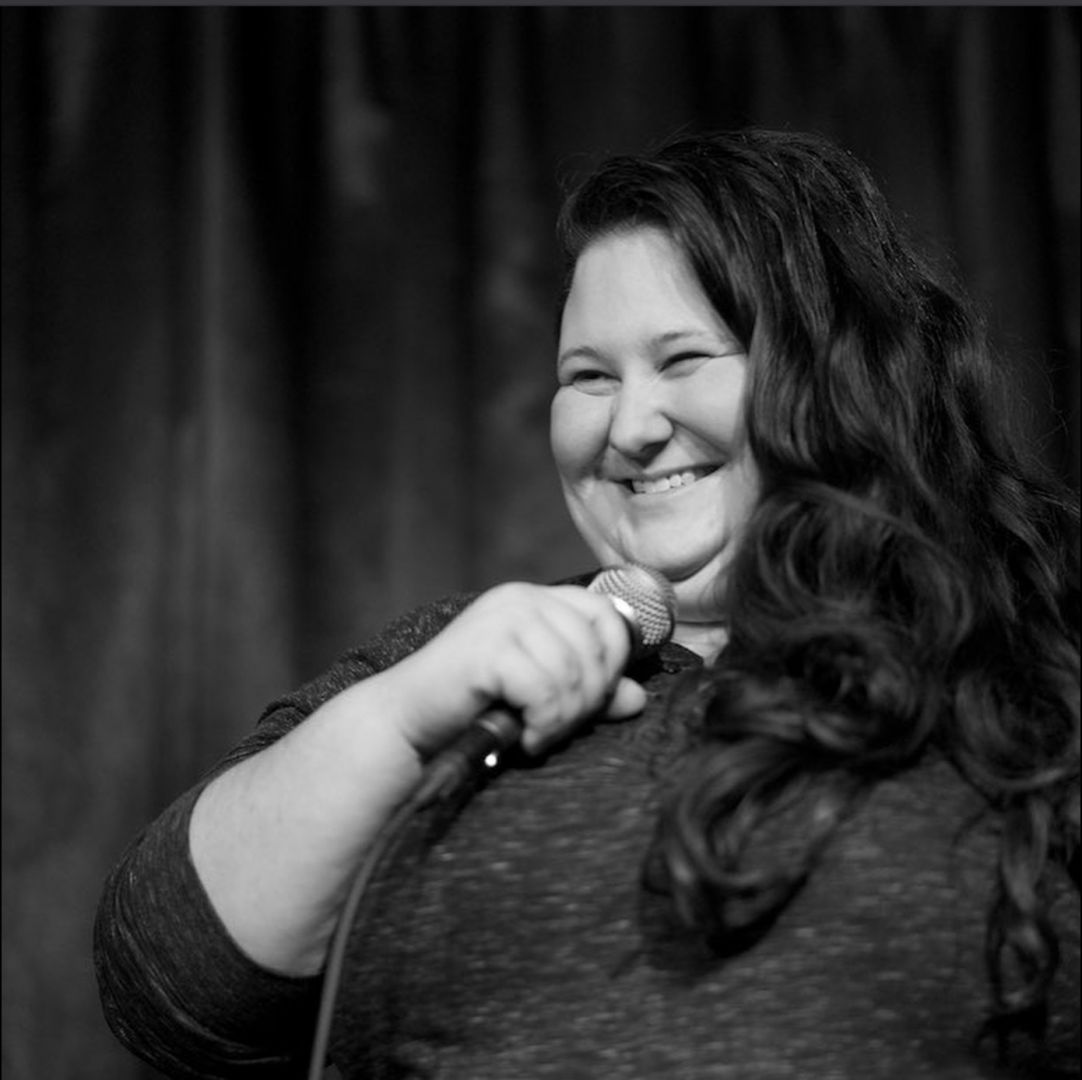 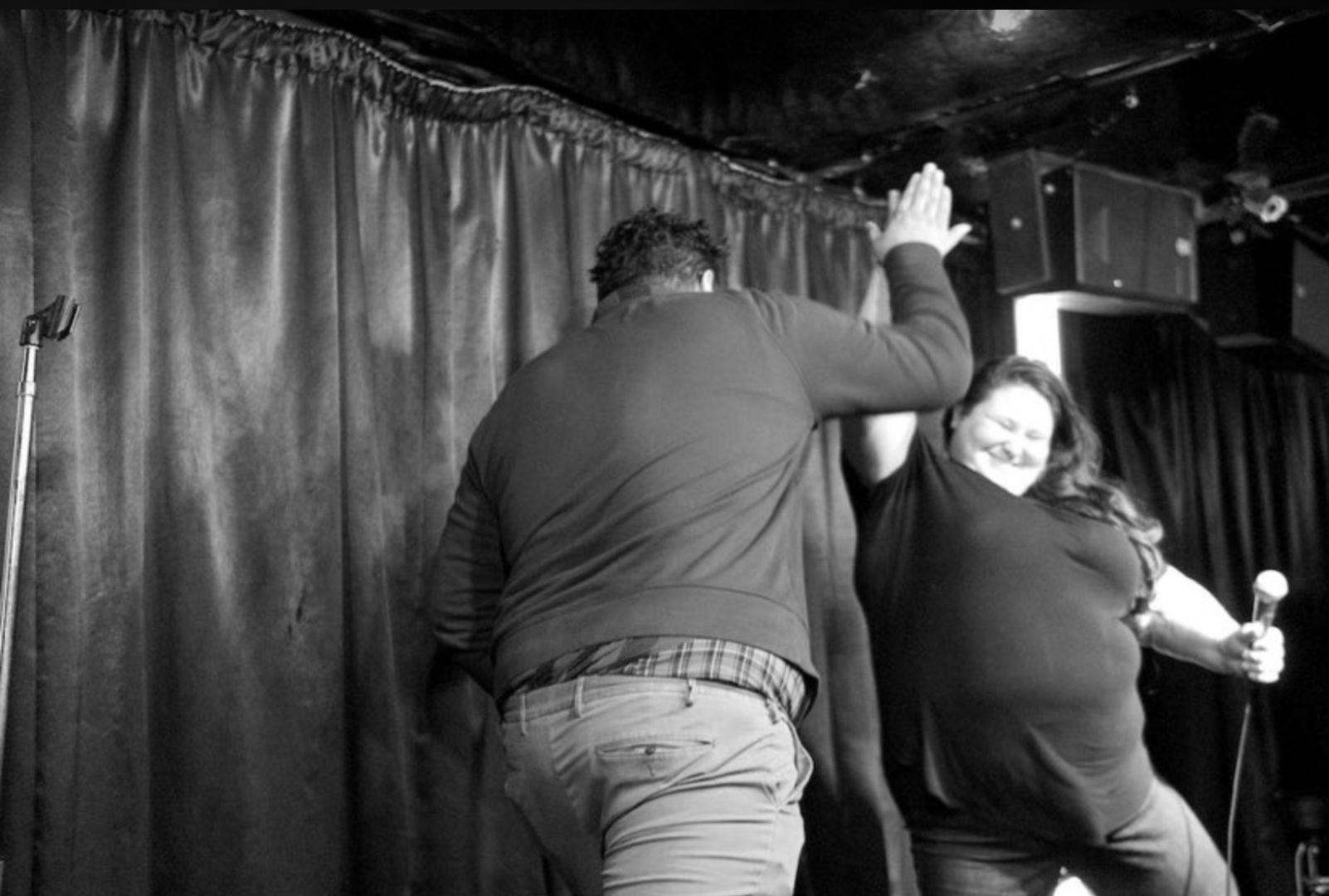 Alright, so let’s move onto what keeps you busy professionally?
It’s weird to think of a Podcast as Art, but here goes.

We started making Cult Podcast because we loved True Crime shows and Cult episodes were our favorites. My original co-host Marie and I would often joke about how much we would like a show that was just ALL cults. When the initial reports about the R. Kelly case came out, we wanted to talk about it so bad, we finally bit the bullet and started exploring what a show like that could look like.

We bought the cheapest mics we could, talked to a few friends who had podcasts, and then we recorded the first 6 episodes at my kitchen table. When we released them we didn’t think anyone would really listen outside our friend groups. But, within our first few days we had already amassed a few thousand downloads. We were stunned, and unprepared.

We brought Armando Torres in to help us with our sound, and he almost immediately became our 3rd host. From that point the show grew steadily, getting more downloads than we ever imagined and even a Cease and Desist from one of the groups we covered.

When Marie chose to leave to focus on her family, we felt like it would be impossible to replace her. Really, no one could ever truly replace her. But, when we found Andrea Guzzetta we found a new feel to the show that worked great in its own new way. Almost 150 episodes later, Andrea has also moved on to other projects and we’re discovering what the next phase of the show will be.

It’s almost like the show has become its own living and breathing thing that grows and changes with us.

Our listeners have grown with us. Some of them have been with us since day one and new people discover us every day. It’s mind-blowing to see so many people come together in a kind of community around the show.

As the show has grown it’s opened up new opportunities for us to take on different projects and expand our reach. We’ve been able to create content as a partner with Rooster Teeth. I joined The Horror Virgin Podcast as a host and co-created Romancing the Pod. Armando has been able to produce stand up content for Amazon and others. This year I got the chance to write a comic for Fair Square Comics’ upcoming Mutiny Magazine.

Cult Podcast opened a ton of doors for us, and it all started with us just trying to make the show we would want to listen to.

Any places to eat or things to do that you can share with our readers? If they have a friend visiting town, what are some spots they could take them to?
Whenever people visit LA I love to show them things the locals love that tourists probably don’t know about.

No LA trip is complete without a visit to Bagel Broker on Beverly. Not only do they have a huge variety of bagels, all delicious, but their breakfast sandwiches and lox plates are HEAVENLY.

My husband and I live on the east side now, so for a sweeter breakfast we always take people to Colorado Donuts for instagram-worthy donuts that taste as good as they look. For a full sit-down breakfast, you can’t beat Pat and Lorraine’s on Eagle Rock Blvd.

For lunch and dinner, whenever we’re on the west side, Bay Cities is a must, On the east side we love Oinkster and Max City BBQ. Our neighborhood is full of hidden food gems, far off the beaten tourist paths.

I love taking people to The Museum of Jurassic Technology. The exhibits are unique, and unlike anything you’ve seen in any other museum. It’s one of those places that truly has to be seen to be believed. The same goes for Wacko Soap Plant, a quirky gift store with the La Luz de Jesus gallery in the back. 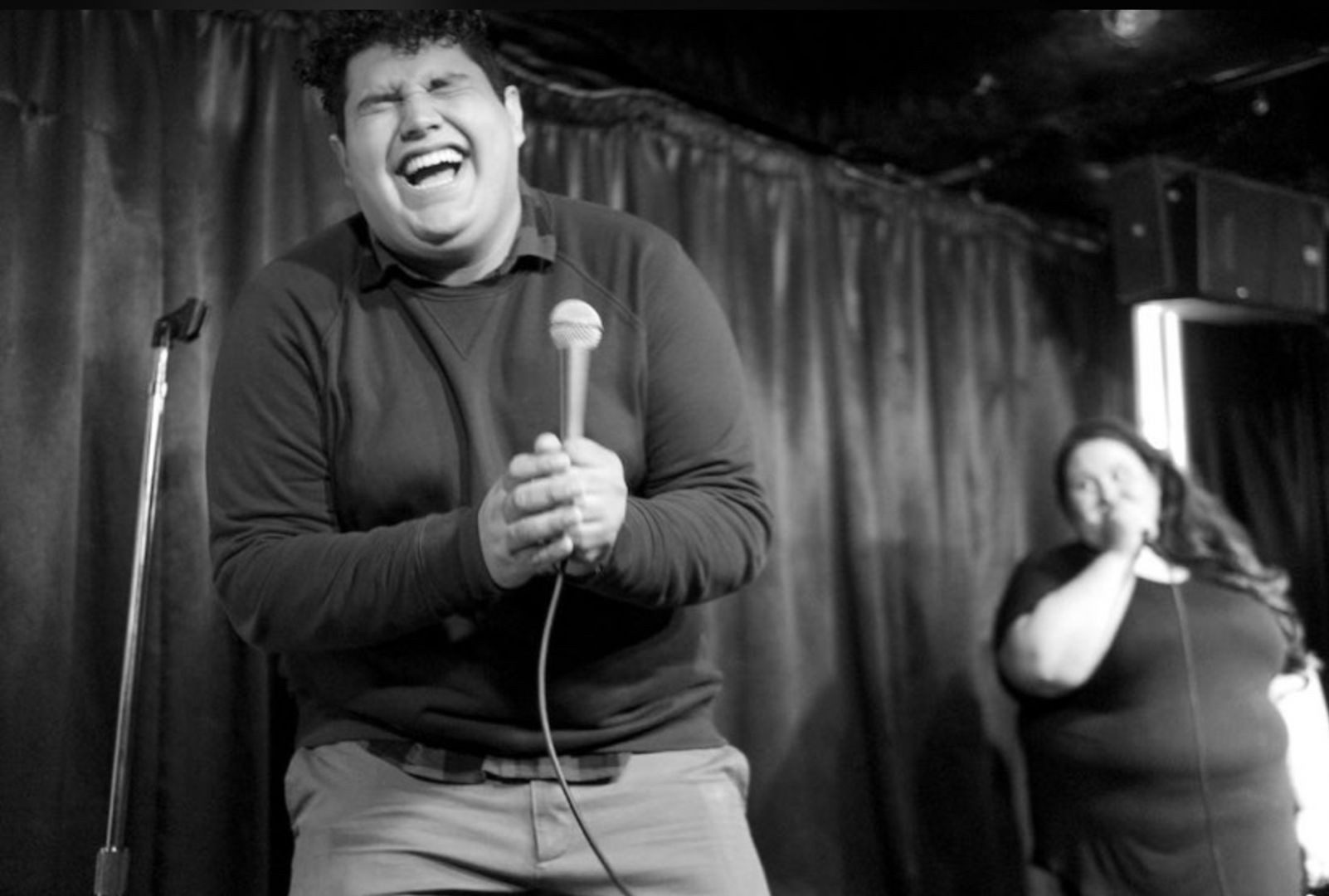 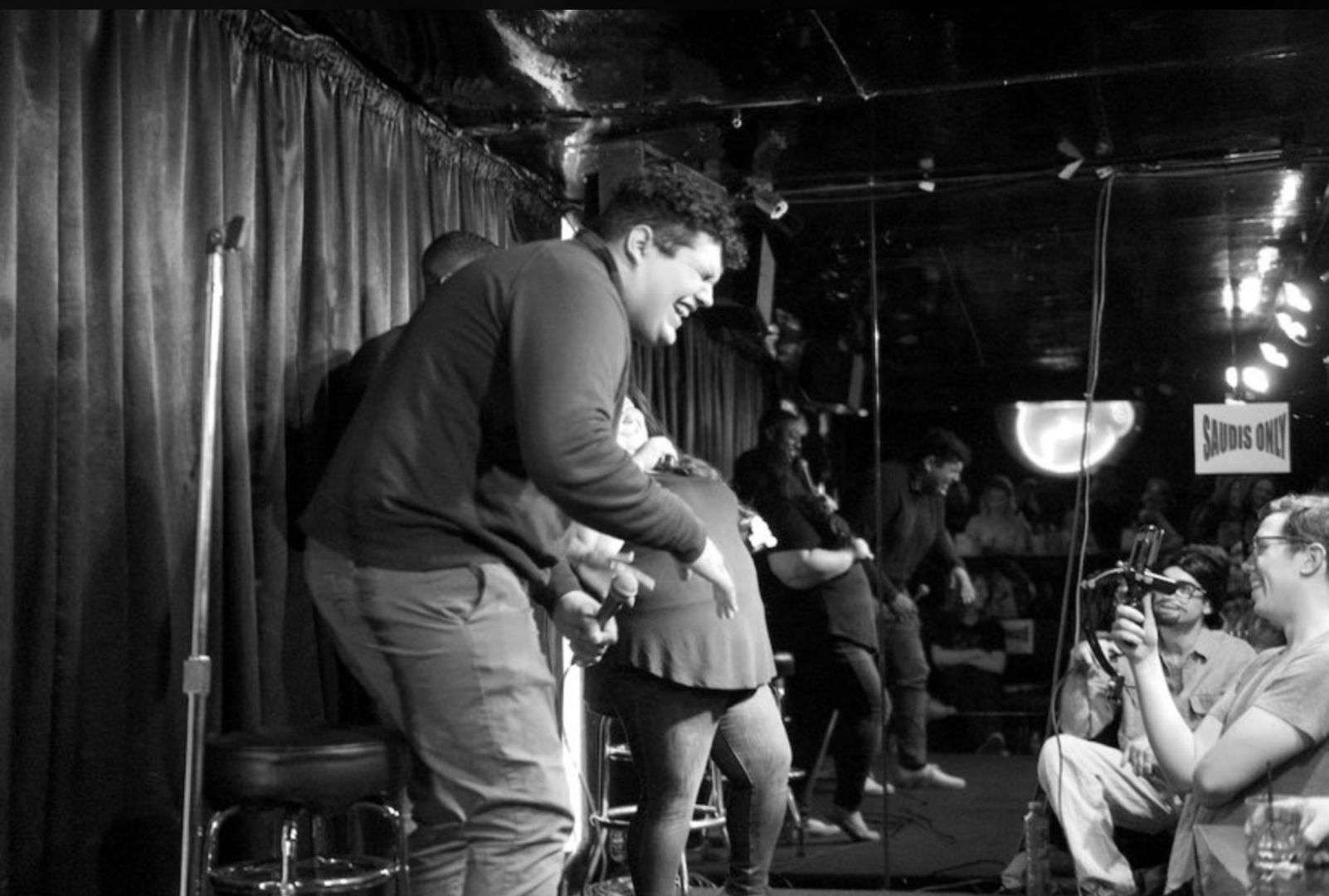 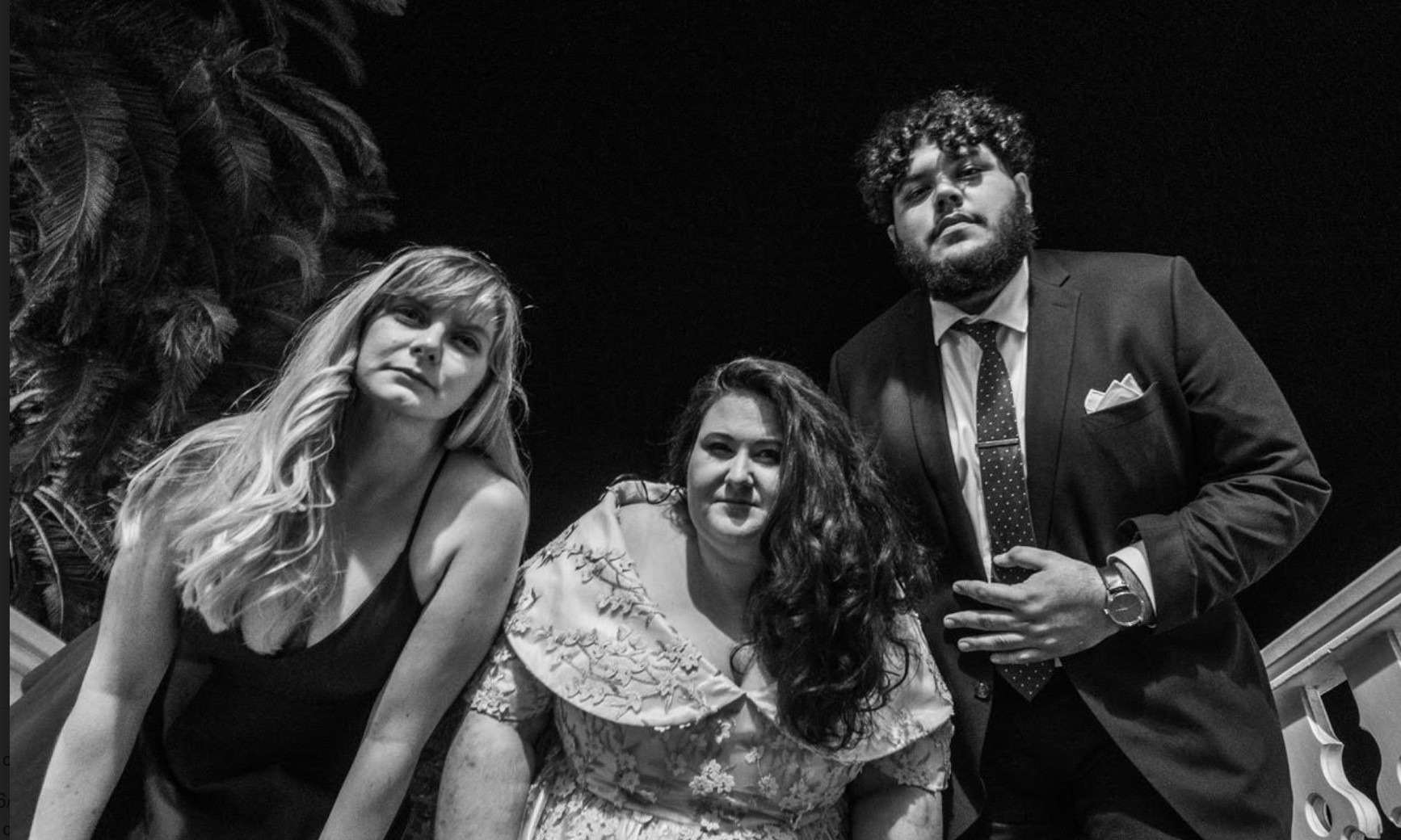 The Shoutout series is all about recognizing that our success and where we are in life is at least somewhat thanks to the efforts, support, mentorship, love and encouragement of others. So is there someone that you want to dedicate your shoutout to?
My friend and business partner Armando Torres definitely deserves a shoutout.

Armando and I met in the green room of a now closed comedy club. I was performing on the shows for the weekend, and Armando was cooking in exchange for spots on the weekend shows. We often joke that we met while he was microwaving cake.

Through the weekend, we enjoyed each other’s sets and got to talking in his downtime between the stage and food orders. I told him about a podcast I was starting with my friend Marie, and we found out we shared an interest in cults.

Fast forward a few weeks later, Marie and I had experienced unexpected success from our first 10 episodes, but we had no idea what we were doing with our sound and editing. After listening to a show Mando had edited, I asked for his help. Two episodes later he had his own microphone and the show really started to become what it is today.

We’ve worked together through changes in host line ups, massive growth, and navigating recording remotely during the pandemic. 4 years ago we were microwaving cakes, today we own a business responsible for multiple people’s jobs and millions of downloads a year.