We had the good fortune of connecting with Regina R. Robertson and we’ve shared our conversation below.

Hi Regina, let’s start by talking about what inspires you?
Though it might sound cliché, I believe that inspiration is everywhere. It’s all around us, in fact.On most mornings, I take a long walk around my neighborhood, which helps set the tone for the day. It can be tough to leave my phone in my pocket, but I try to remind myself to concentrate on breathing the fresh air, listening to the birds and watching the trees sway in the wind. I’ve found that if there’s a word or phrase that’s been eluding me, it will come to mind while I’m out walking. That’s always a plus.Spending time in the park really helps, too. It’s actually where I do a lot of my writing. I always say, “All of the answers are in the park!” Being outside and enjoying nature really allows my creativity to flow.I also feel inspired whenever I hear one of my many favorite Stevie Wonder songs or when I stumble upon a movie I’ve seen a million times, like “Love Jones,” “The Devil Wears Prada” or “Coming to America.” If “Boomerang” or “Purple Rain” come on, I’m dropping everything!There are books that I turn to for inspiration, too, like Grace Bonney’s “In the Company of Women” and “Collective Wisdom,” for example. Flipping through my stash of old magazines is calming and inspiring as well.So yes, I find inspiration everywhere. 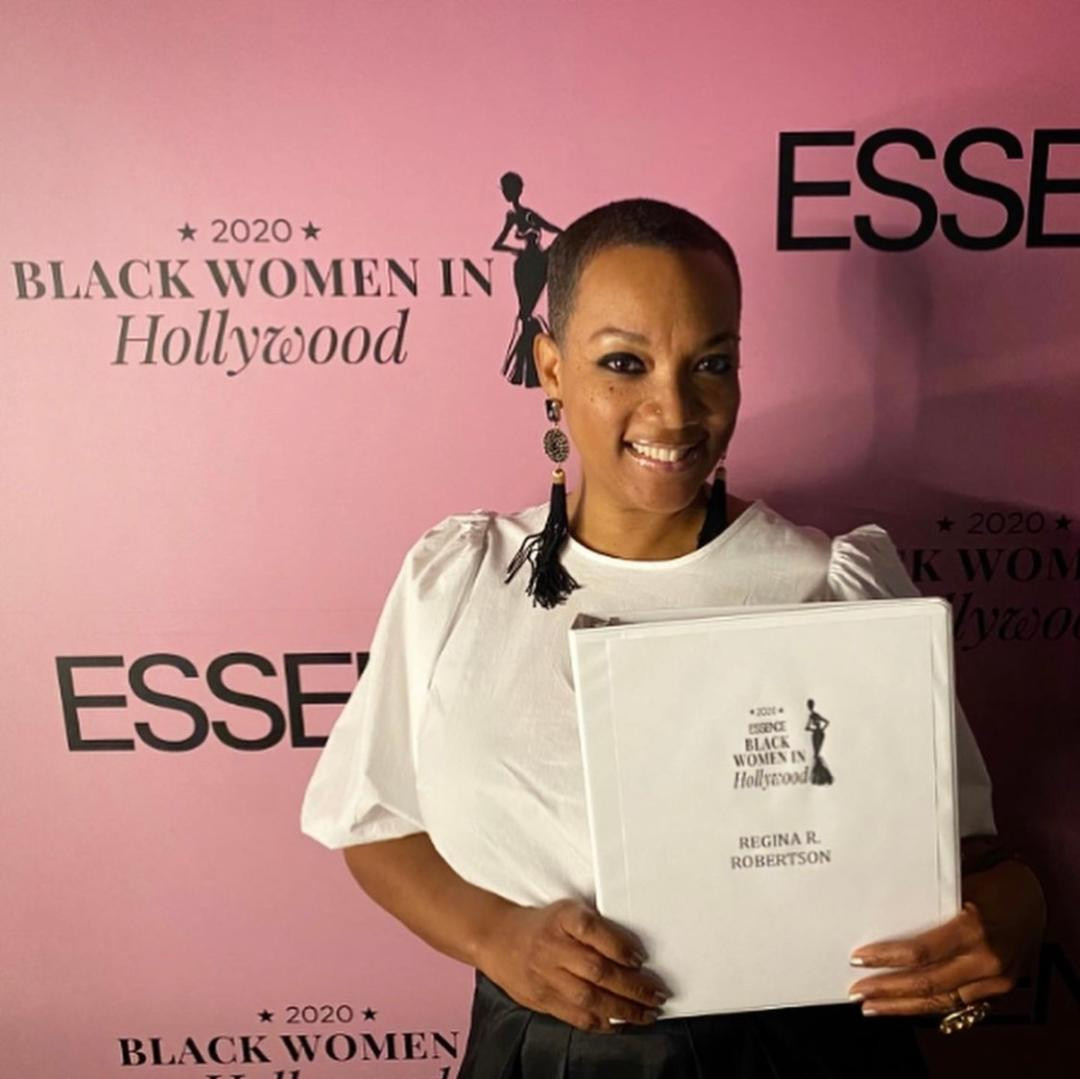 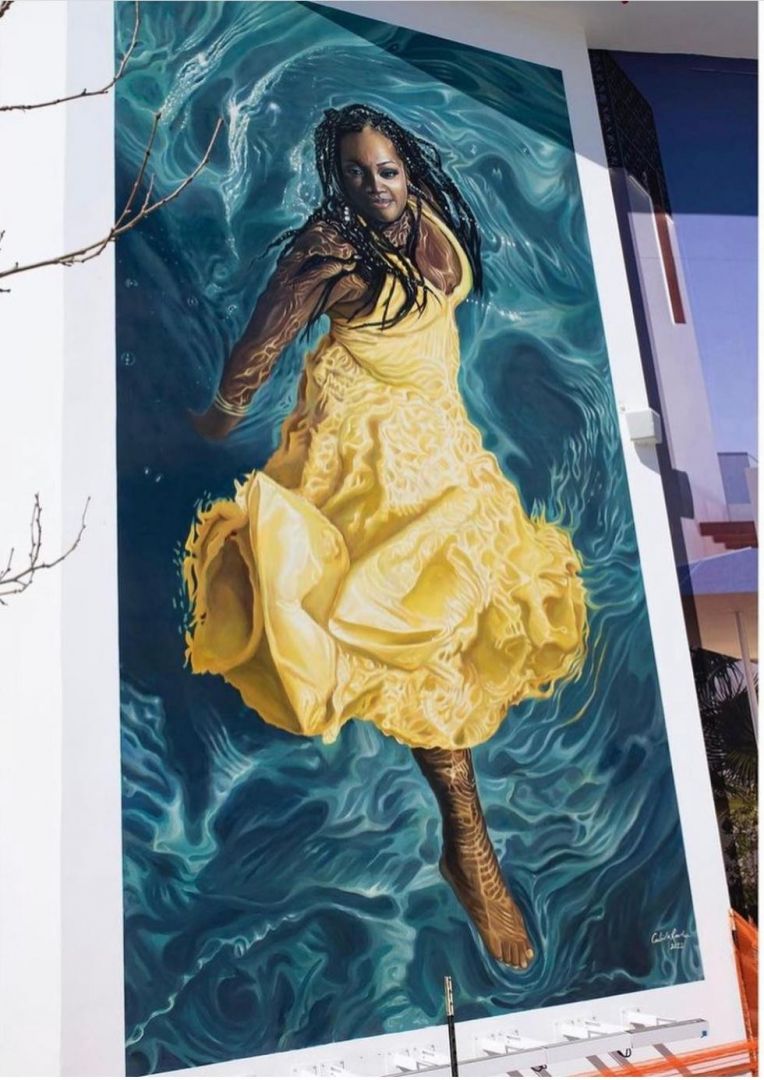 My professional journey began as a dream. It’s a bit of a long story, so if you don’t mind, I’ll start at the beginning…
Growing up, I was a constant daydreamer. There were so many things I wanted to do and so many career paths I wanted to explore. I used to envision myself as an advertising executive, a maternity ward nurse, a dancer, a model…and the list just went on and on and on.I always knew that I wanted to live a creative life, even when I wasn’t quite sure what that looked like or how I’d ever make it happen. When I attended the Fashion Institute of Technology, my initial goal was to be a fashion buyer, but after earning my bachelor’s degree in marketing, I wasn’t quite sure where I wanted to start. I vividly remember pounding the pavement looking for a job – any job, really! – to pay my rent. Eventually, I landed at Epic Records, where I worked in A&R and later, moved to the marketing department. I honestly don’t think I’ve ever worked so hard – big up to my first boss, Vivian Scott Chew, for strengthening my work ethic – but it was a lot of fun, too! After four years, I was ready to move on. I was also in need of a change of scenery, so I took a leap of faith and moved from Brooklyn to Los Angeles.Relocating wasn’t easy, but the sunny days made everything better. I spent a few years trying to find my footing, but the reason why LA will always hold such a special place in my heart is because this is where I found my voice as a writer.My first national story, which was assigned to me by the great Denene Millner, was featured in Honey magazine, but my first byline was in Venice, which I referred to as an “LA-based, earthy-crunchy arts & entertainment monthly.” My then-editor, Nancy Bishop, whose office was right on Abbot Kinney Boulevard, assigned me the greatest stories. When I think back, it was as if I interviewed every actor, director and writer in town! That experience helped me build my contacts and propelled me to try my hand at writing for a wider audience. I was soon writing regularly for Essence  and was later named West Coast Editor.Today, I serve as Editor-at-Large at Essence, but during my decade-plus tenure as West Coast Editor, I wrote over 20 cover stories, penned the monthly digital column, “View from the West,” and was thrilled to write about beauty and business, lifestyle and relationships. I also expanded my repertoire to include live events such as the Black Women in Hollywood Awards, The Hollywood House and the three-day empowerment experience at the Essence Music Festival. I should add that I got my start as a scriptwriter working with Rihanna on the 2nd Annual Diamond Ball, which was (and still is) kind of major! For that opportunity, I must tip my hat to my colleague, Tammy Warren.It was also during my time at Essence that I wrote my first book,“He Never Came Home: Interviews, Stories, and Essays from Daughters on Life Without Their Fathers.” The 22-essay anthology includes a foreword by Joy-Ann Reid and features stories from Regina King, Gabrielle Reece, Simone I. Smith and my longtime Essence editor, Cori Murray, to name a few. This June marks the fifth anniversary of the book’s release. I often have to pinch myself as a reminder that it’s out in the world and continues to resonate with readers.To date, my byline has been featured in O, the Oprah magazine, TheRoot.com and on the Associated Press newswire. I’ve also written for live events including The Audacious Project at TED 2022, Apple Music’s Rap Life Live, the 2020 Time 100, Global Citizen’s Global Goal: Unite for Our Future and BET Her Fights: Breast Cancer, as well as pre-shows for the BET, NAACP Image and Soul Train Awards, among them. I’m looking forward to continuing down that path, meanwhile keeping my energy open to new opportunities, especially in the realm of television.Just as I did as a kid, I’m daydreaming about the things I’d love to do. There’s still so much I want to accomplish, so many things I want to try and places I want to visit. I’m steadily dreaming…and doing! 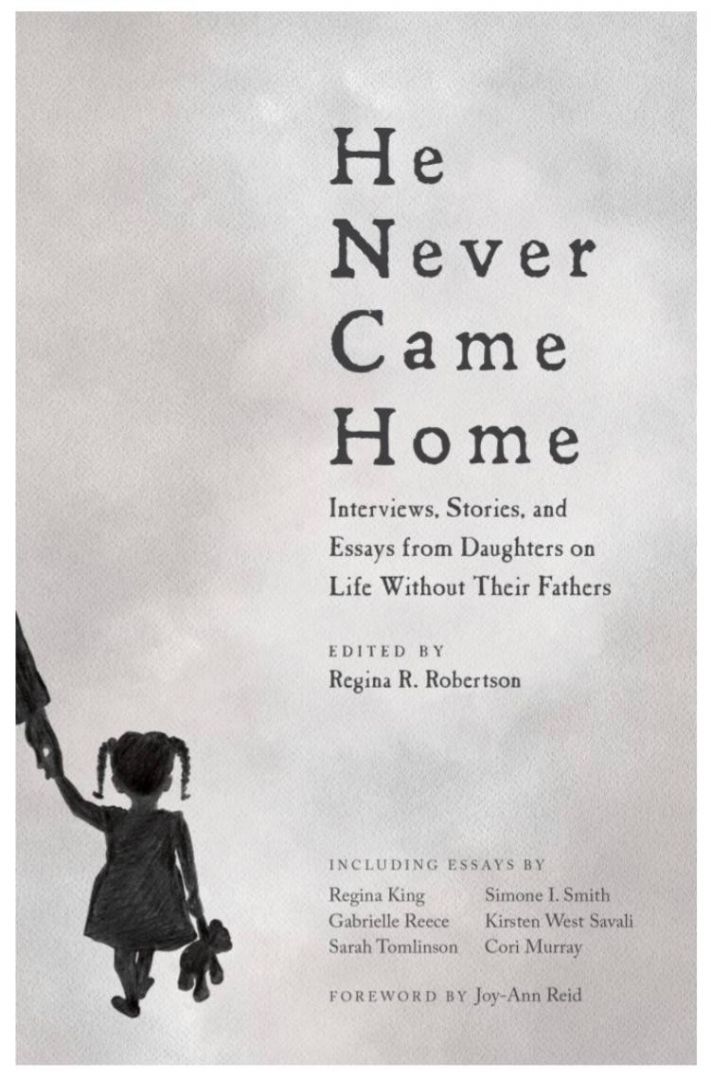 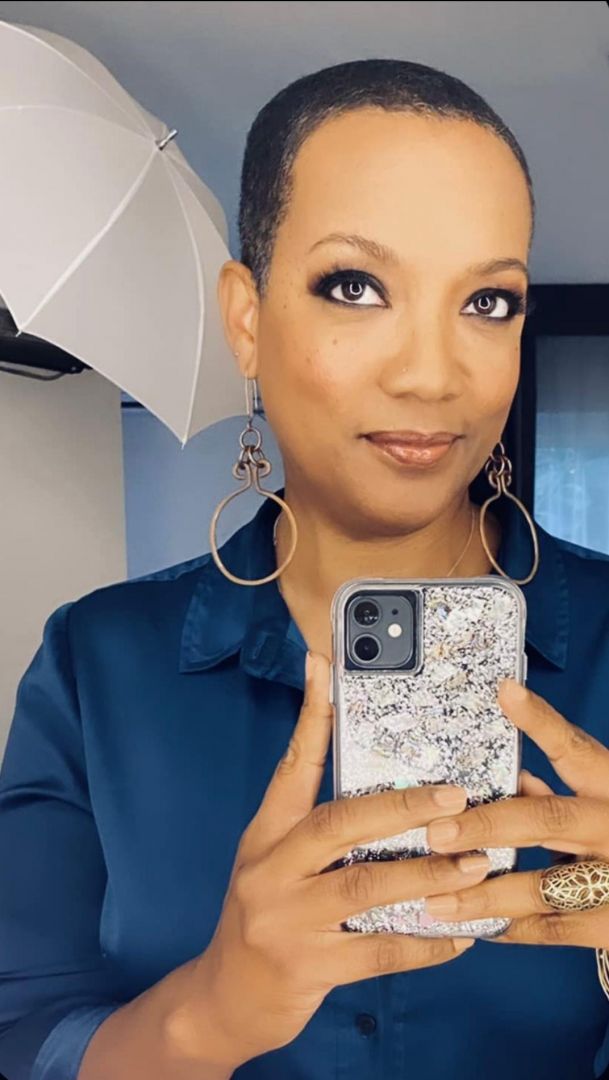 Any places to eat or things to do that you can share with our readers? If they have a friend visiting town, what are some spots they could take them to?
There’s so much to do in LA, so when my friends and family come to town, I immediately say, “Drop your bags and let’s go!”The beach is about 15 minutes away, so an afternoon on the sand is a must. Though I’ve not done it in a while, I’m a huge fan of renting a bike and riding along the coast. It’s such a calming and magical experience. Watching the sunrise near Marina del Rey and the sunset atop the hills of Palos Verdes makes me so happy, too.I love all things Ocean Prime (especially their 10-layer carrot cake – divinity!) and have enjoyed the food at Hatchet Hall very much! For Indian, Bollywood never disappoints and I remain a Chan Dara devotee for Thai. El Cholo, for Mexican, and Versailles, for Cuban, are still two of my favorite restaurants…oh, and at Versailles, I always ask for a whole grilled onion with my meal, which is just amazing. And during the thick of pandemic, the tofu salad and spring rolls from My Lai sustained me – they still do, actually. Oh, and everything at Yardbird is pretty amazing.Sadly, some of my favorite restaurants and vendors have moved on since the pandemic, so I’ve been working on a list of new places to try, like Kale My Name. I also look forward to a night out on the rooftop of Mama Shelter.And lastly, I’m proud to share that in 2021, I posed for artist, Calida Garcia Rawles, for a painting which is now a mural in Hollywood Park, at SoFi Stadium. The piece is entitled, “The Way of Time.” So yes, stopping by the mural is definitely on the itinerary when folks touch down at LAX! 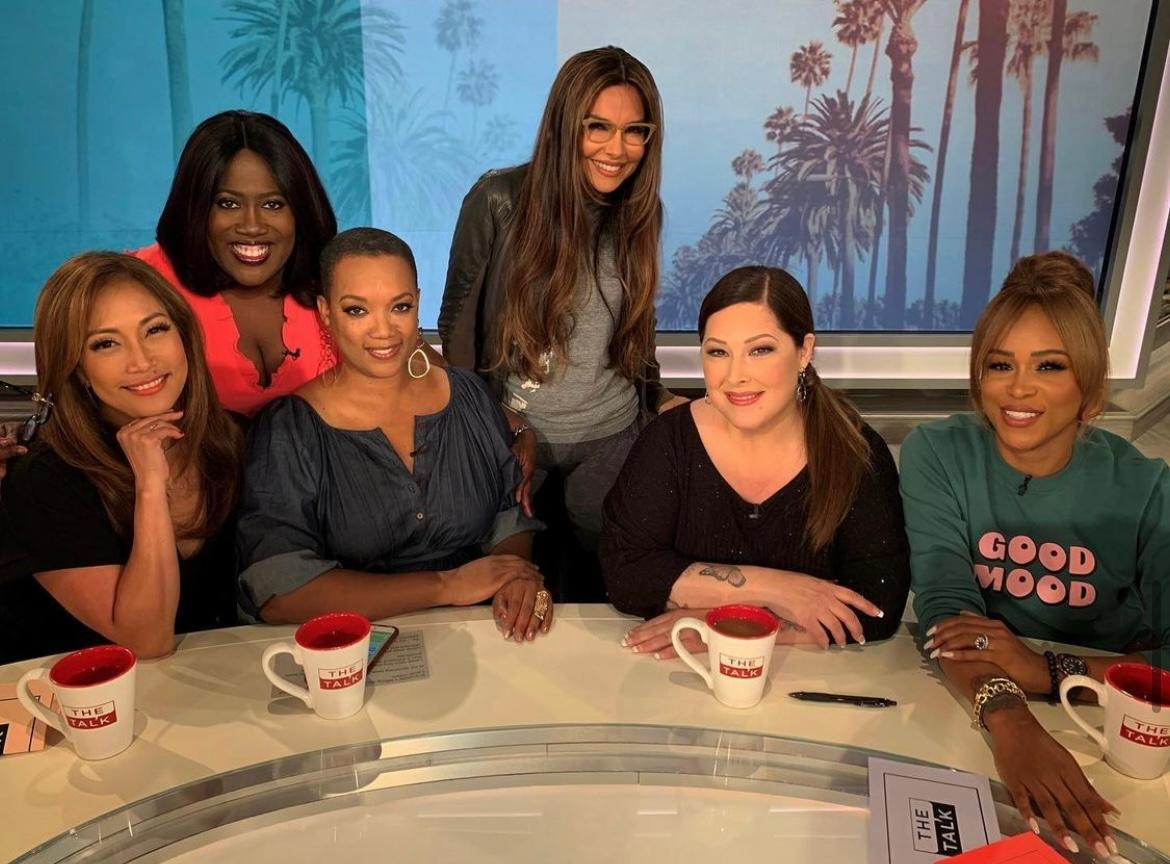 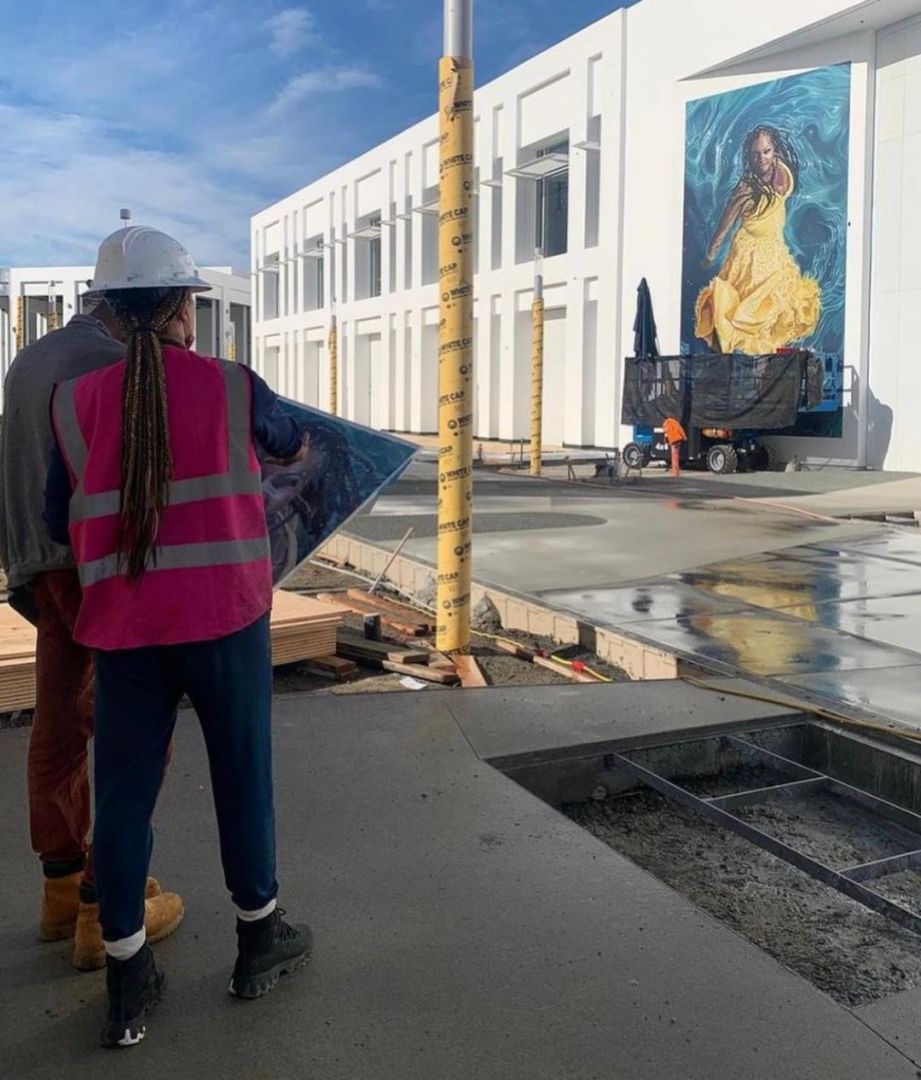 The Shoutout series is all about recognizing that our success and where we are in life is at least somewhat thanks to the efforts, support, mentorship, love and encouragement of others. So is there someone that you want to dedicate your shoutout to?
As an only child, I remember feeling like I had to do everything for (and by) myself. Then one day, my late grandmother, whom we called “Groggy,” said to me, “No man is an island.” At the time, those words didn’t really sink in. If I’m being honest, it took many years for me to understand what she meant.Along with my grandmother, I must shout out my mother, Valerie, who’s been my cheerleader from the beginning. These days, she’s also my editor and proofreader. She reads all of my drafts, plus she’s pretty wicked with her highlighter! Because she’s always supported my dreams – from the realistic to the most ridiculous – I love that she can be a part of my sometimes-crazy process. All that said, my mother knows that my success is her success, too.My book is dedicated to them both. 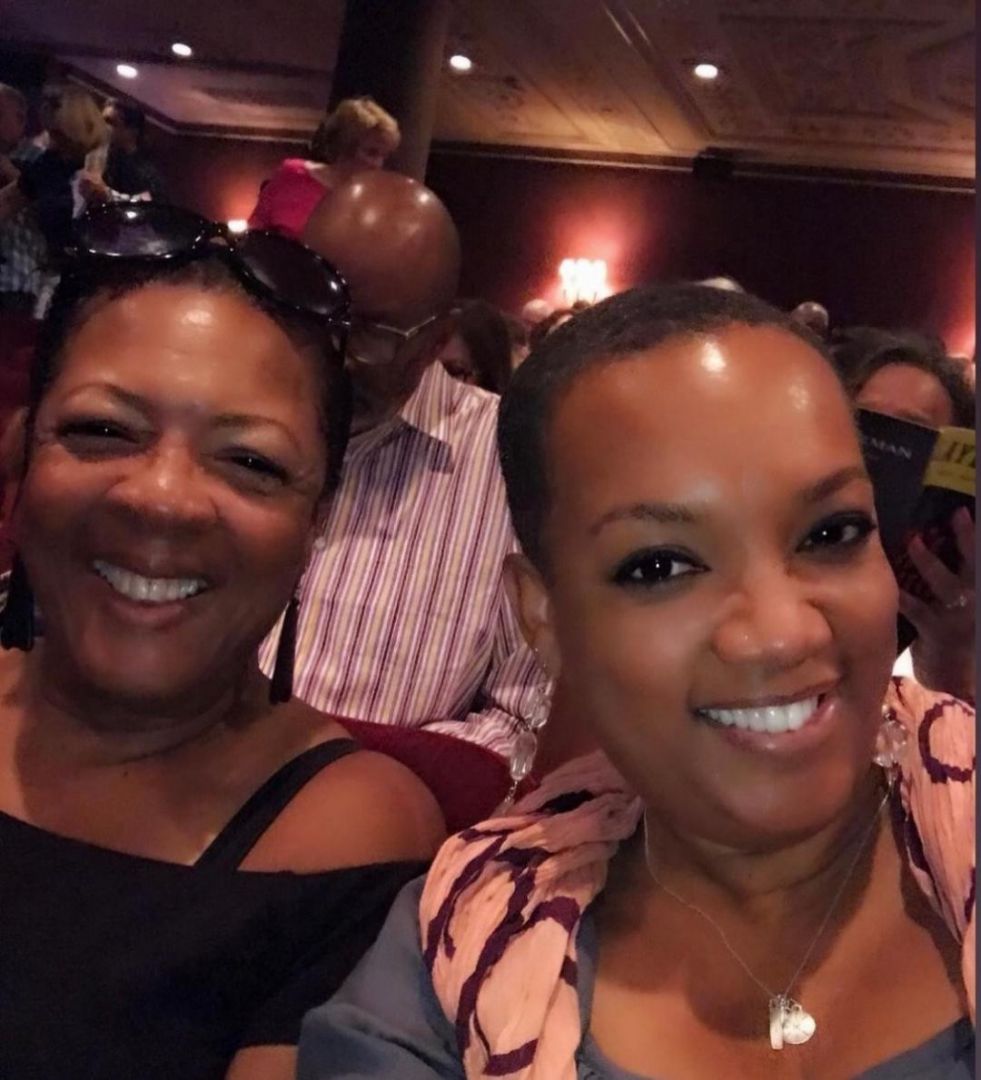