We had the good fortune of connecting with Ryan Richko and we’ve shared our conversation below.

Hi Ryan, how do you think about risk?
I believe risk taking is the only way to truly succeed in running your own business. If you aren’t willing to take risks, invest money into your craft, and expand your network in clever ways, then you will ultimately fail. Perseverance is everything. My entire business and lifestyle is based on one big risk that I took back in 2010. I decided to move to Los Angeles from my hometown of Chicago. I wanted to pursue new opportunities as a session guitarist, and energetically I felt that I needed a fresh start. Chicago didn’t really have anything for me anymore. I saved up some money, packed everything up, and drove to California over the span of four days. 10 years later I am now running my own business. Not so much as a session guitarist (though I do still do that from time to time, I just did some guitar for the new Bill and Ted trailer campaign), but now my main gig is composition for film, video games, and television. I’m also a mix engineer for artists and other composers. My latest client is Susan Calloway who is known for her singing in the Final Fantasy XIV franchise and I just recently mixed an award winning short film called “A Parable For Winter.” Aside from that, I am also the audio lead for a yoga fitness company called “Inner Dimension Media,” who does streaming videos online and via apps. I’m also writing music for various library houses and record labels. The reason for me pointing all of these achievements out is to prove that taking risks can lead you down paths you never knew existed. I had no idea I would fall in love with mixing, or start working in the gaming industry. If you told me I would be doing all these things back in 2010 I’d say you are crazy. If I had stayed in Chicago, I would probably be an unhappy bored session guitarist without very many opportunities coming my way. Follow your heart. Listen to your gut instincts. Don’t take no for an answer. If you’re unhappy with your work or career, do something about it. 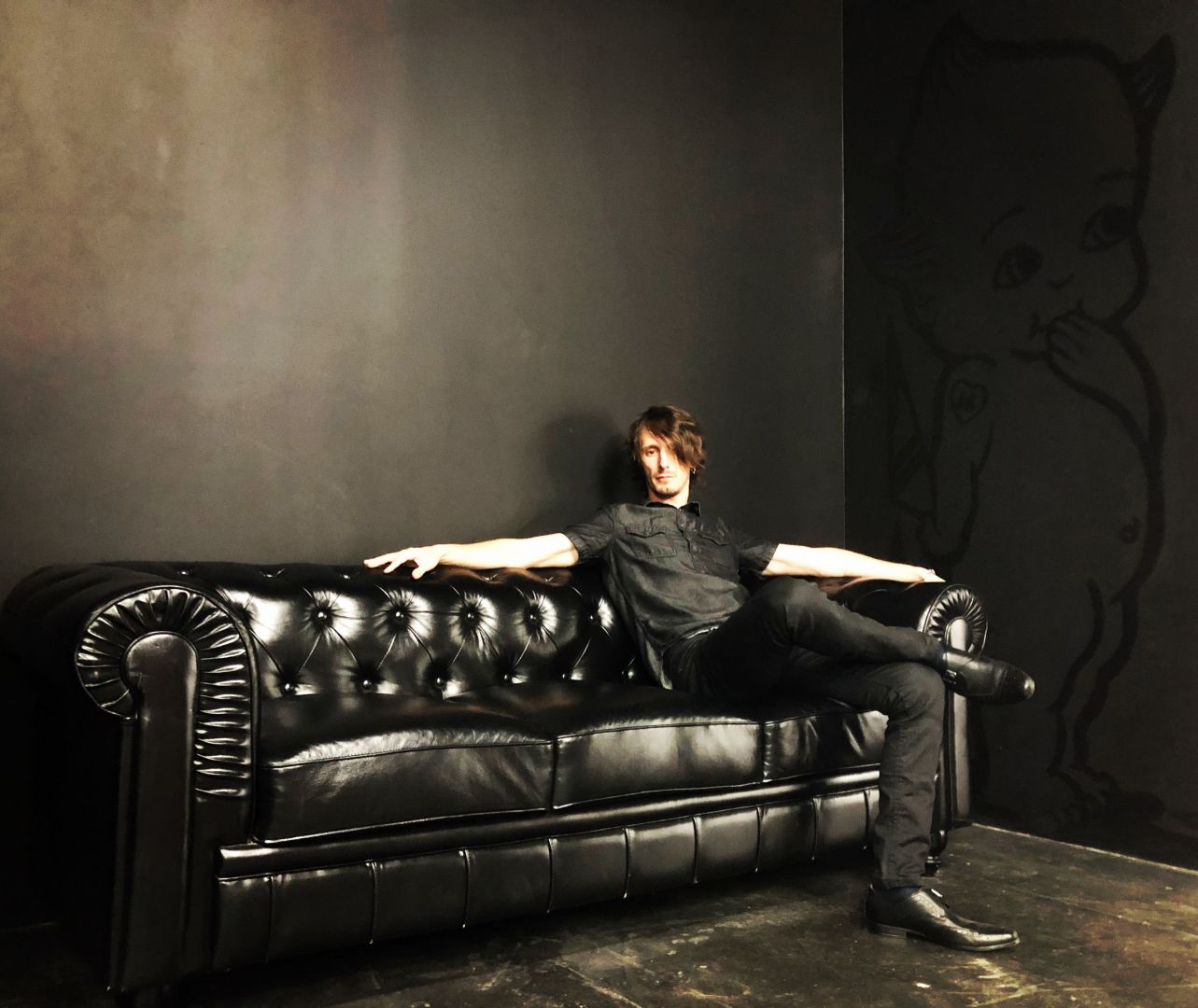 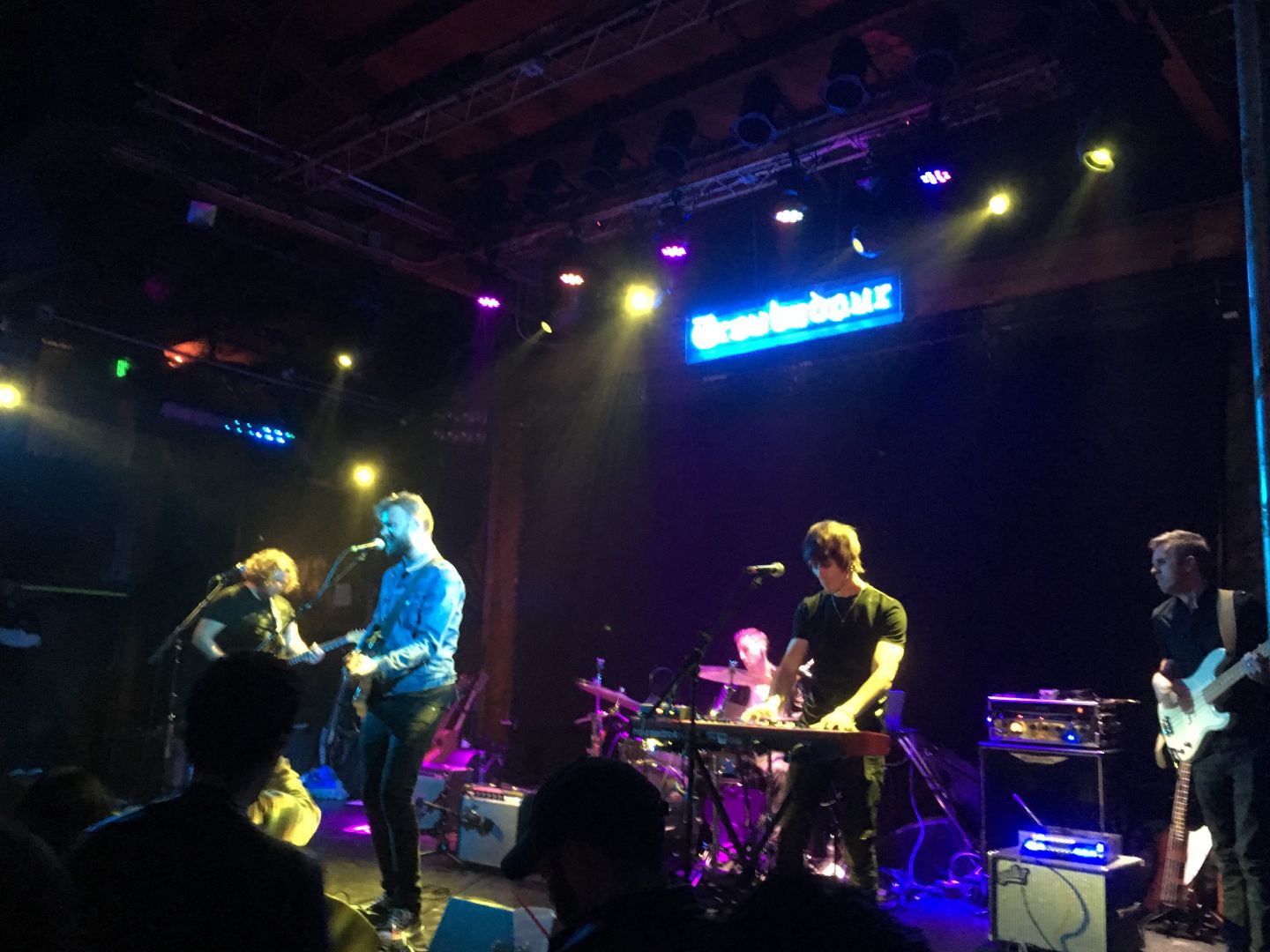 Can you open up a bit about your work and career? We’re big fans and we’d love for our community to learn more about your work.
I advertise myself mostly as a composer (it’s my first love), but I’m also a mix engineer and generally do all things audio / music. As a composer I do my best to adhere to my clients needs, problem solve, and find creative ways to give them the most unique music possible. I work really hard to find the one unique thing in a clients film, game, or whatever the medium is, and express that musically in an interesting way that will set it apart from others. It helps with branding. If a client approaches me driven by price, or wants me to copy other works, I will politely decline the project. I have made this mistake in the past and the music turns out uninspiring, generic, and I end up unhappy with my work. A truly good collaboration is one of trust and the desire to work with an individual because of their artistic prowess. If the client wants to work with me, because it’s me, then we are off to a good start! As a mix engineer I believe it’s my ears and musical tastes that set me apart from other mix engineers. We all have our own way of how we like to hear things, and that is what excites artists to want to work with us. I’d like to think I have a decent sense of good production, arranging, melody, and what makes people want to listen to a song. These are all things I help out with as a mixer and lover of all things music. I built all these skills as a composer and mix engineer on my own. I came to LA from Chicago with only vast knowledge of music theory and guitar playing (I went to Columbia College Chicago for guitar performance). I never assisted anyone nor took classes on for composition or mix engineering. I had to read books, learn from videos online, and just figure stuff out through trial and error. The funny thing is when I first started out as a composer in LA, I hated mixing. I had no idea what I was doing and it was so frustrating. I forced myself to get better so I could deliver decent sounding cues to clients. Now I love mixing (sometimes more than composing on certain projects haha) and it’s like my second love. I get so excited when I get to the mixing part of any project. This is one advantage of working with me as a composer. You won’t have to look for a score mixer because I can just do it (if time permits). The reason I love mixing, like music, is because it’s an endless sea of discovery and self improvement. You’re always getting better, learning new things, and keeping up with new technology. It’s fascinating. Not to mention all the fun toys we get to use like equalizers, compressors, and microphones. I also like all of this stuff because it’s hard. If it was easy, I’d get bored. I think one of the main reasons I never tried to get a job as an assistant to a composer or mix engineer is because I wanted to prove to myself that I could do it on my own. I was determined to have my own business and not work for somebody else. I wanted to make good money and be able to afford living in LA without any worries. I can now say I have achieved that goal! If you’re wondering how I even got into composition, when I first moved to LA I auditioned as an actor for a student film. I was bored and trying to make new friends. For the record I’m the worst actor ever. So I knew I was going to bomb it. I did. But, before I left out of nowhere an idea popped into my head. I asked them if they needed a composer. They replied “Yes!” The rest is history. Oh, and I still ended up in the film as an extra haha! 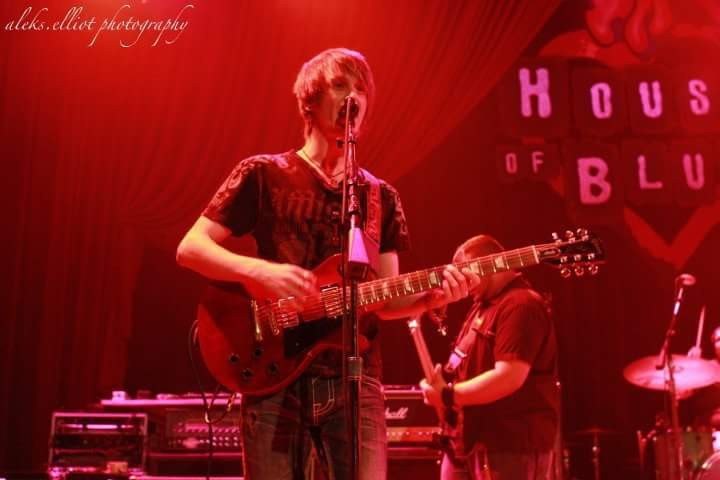 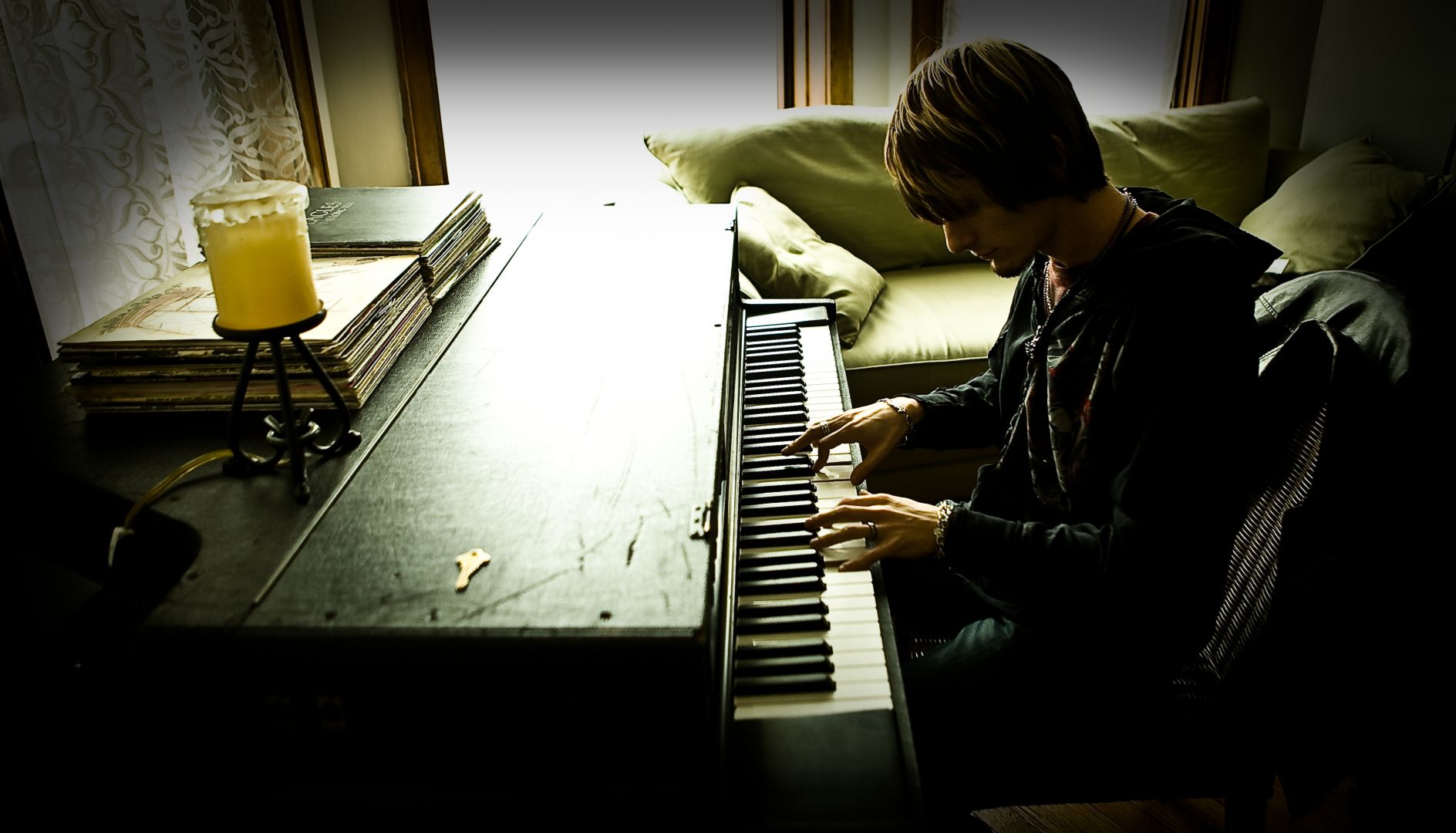 If you had a friend visiting you, what are some of the local spots you’d want to take them around to?
Some of my favorite spots in LA include Little Tokyo downtown, Little Japantown also known as “Sawtelle,” Santa Monica Pier and the Promenade. Attending the Microsoft Center for a concert is something I always love to do. For shopping and good eating I love Melrose in West LA and The Grove. There are so many cool places in LA it’s tough to list them all or put them in any specific order. One thing is for sure, I love the weather! Just wish it would rain a little more often. It’s a nice break from the craziness when it rains. 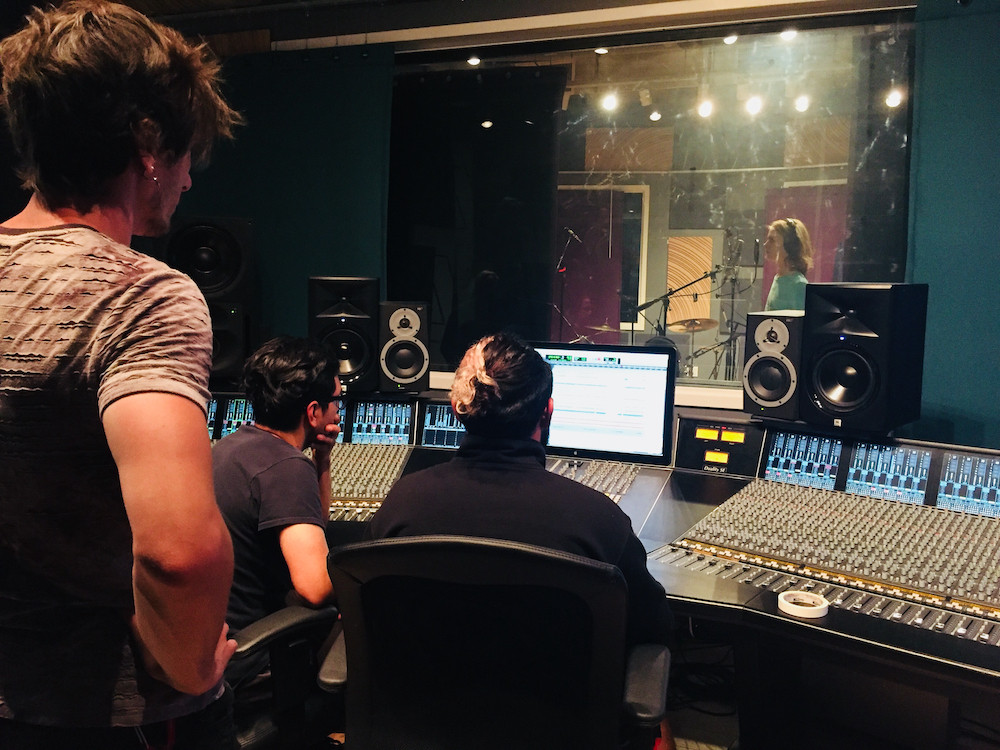 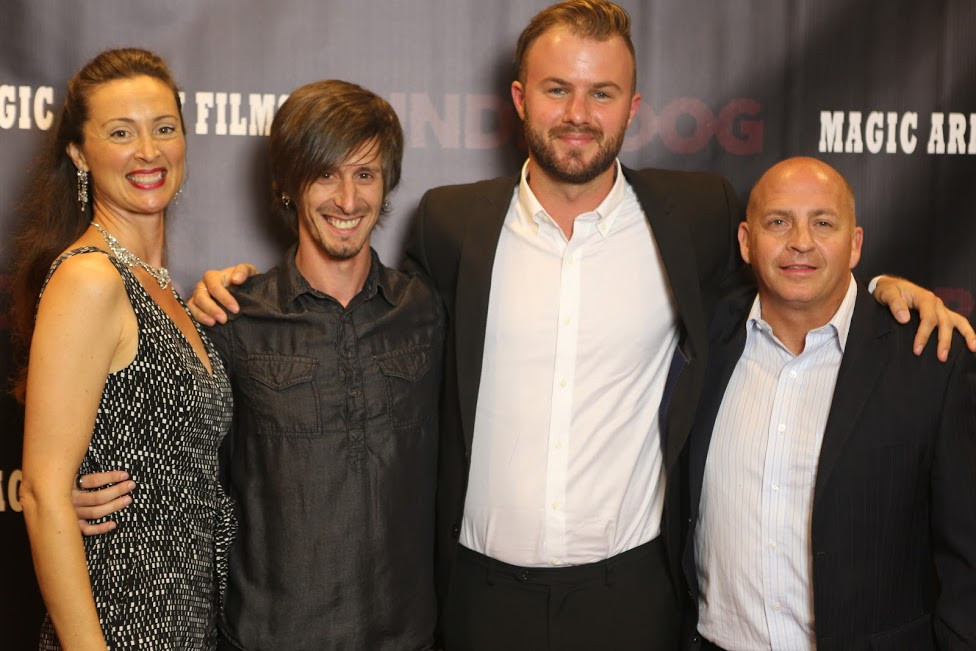 The Shoutout series is all about recognizing that our success and where we are in life is at least somewhat thanks to the efforts, support, mentorship, love and encouragement of others. So is there someone that you want to dedicate your shoutout to?
Travis Eliot. Back in 2011 / 2012 he gave me my first professional gig as a composer. He hired me to score his yoga dvd series “The Ultimate Yogi,” which to this day is still my most popular soundtrack I’ve ever recorded. He is also the owner of the yoga fitness company I mentioned earlier “Inner Dimension Media.” So you could say we’ve been working together for about 8 years.