We had the good fortune of connecting with Seena Akita and we’ve shared our conversation below.

Hi Seena, what role has risk played in your life or career?
I get a lot of people ask how I ended up working in the music industry here in Los Angeles, and it really all started from taking a risk. To me, it never felt risky, but packing up a moving truck alone and driving out to LA with no job, no friends or family here, and little cash saved up is what most would consider a pretty big risk. To think about how that one decision changed the course of my whole life and career is wild! Who knows if I would have ended up landing an on-air gig on one of LA’s top radio stations, or working on the management team for one of the world’s biggest artists had I not.

I think there are basically 2 types of people: ones who clearly see ALL the anxiety-inducing risk surrounding a major life decision, and ones who can hone in on the goal beyond the risk. Being the latter has shaped my entire life, both personal and professional. Life’s better without “what if” right? You have to be able to bet on yourself. 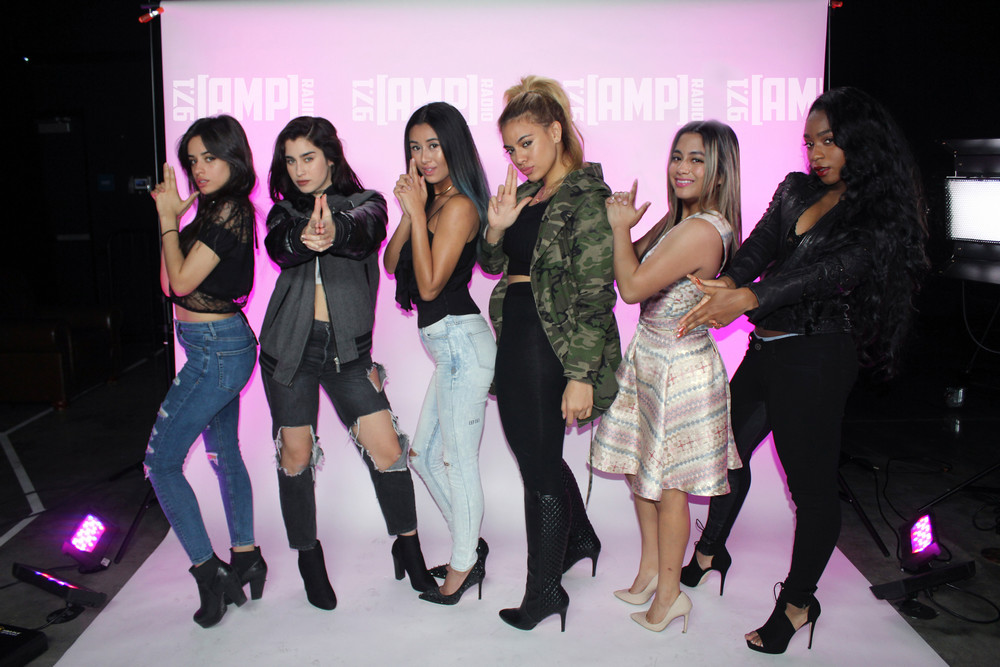 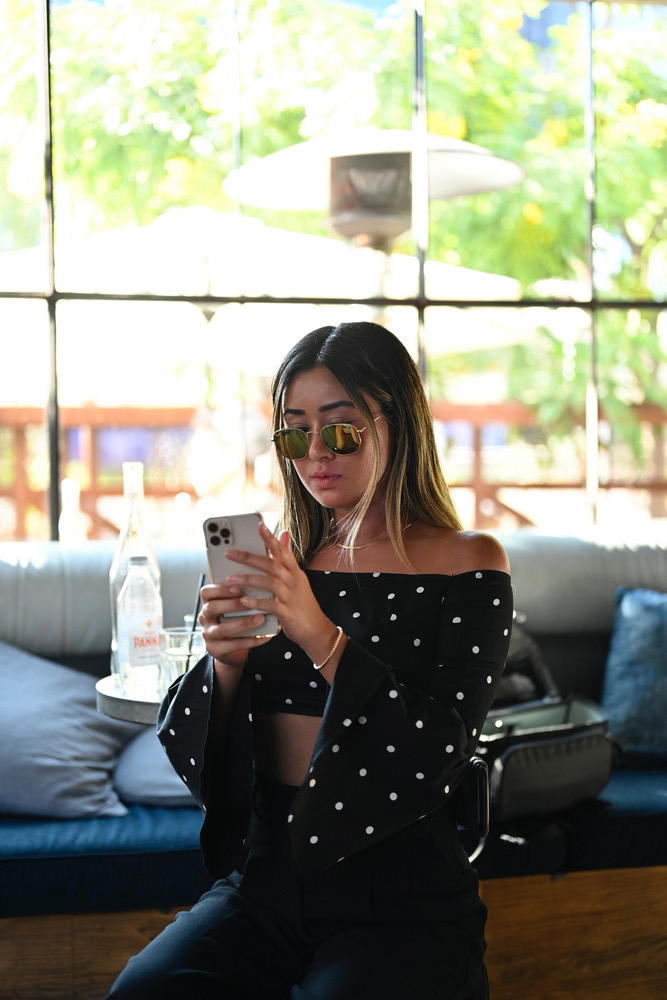 My first industry job was working in radio and I ended up being an on-air personality in major markets like San Francisco, Sacramento and Los Angeles. I’m still really proud of that, having come up in an era when Asian representation in radio, and entertainment/Hollywood in general was so minimal. Let’s just say there were a lot of struggles to get the credit I was due. While in radio, I was also the Digital Manager of a few stations like KROQ in LA and Wild 94.9 in SF. I always had a knack for social networking and tech, so it felt natural to step into that role, especially as the scope of media was evolving. I produced content with artists like Selena Gomez, G-Eazy, Nick Jonas, Steve Aoki, Kanye West, and I interviewed even more. My highlights were probably introducing No Doubt before their show at the old Gibson Amphitheatre, and doing an on-stage announcement at the legendary Hollywood Bowl in front of a sold out audience!

While I was in radio, I dabbled in TV hosting since being on-camera was always a passion of mine. I covered events like the The Grammys, American Music Awards, Anime Expo, San Diego Comic-Con, red carpets for the MTV Movie Awards and TV show premieres.

After parting ways with radio, a friend of mine convinced me I had the personality for artist management, so I ended up working for Maverick and SAL&CO, which is XO and The Weeknd’s management team. I basically went from zero to 100mph into that job! I got to be in a lot of important rooms with a lot of really talented folks. Working the Starboy Tour at The Forum was a highlight. I am really thankful for that experience, it taught me a lot about myself and about life in general. I can literally problem solve anything now, I’m that confident!

I stayed in artist management for a while after XO, and nowadays I’m thrilled to work on the Marketing and Creator Partnerships team for the company Wave. We create virtual interactive events which are live-streamed and simulcast across platforms like YouTube, Twitch, and our own Wave.Watch. I love that my diverse background in music, tech and social media all collided to create a really synergistic pairing with this company. Wave’s CMO Tina Rubin leads the team I’m on and I feel so lucky to be learning from her. My first show was with Alison Wonderland which was magical, and I also got to be the on-camera host for our show with Dillon Francis. We just wrapped a collab with Riot Games, doing an album release event for their virtual heavy metal band Pentakill! You gotta love the future! 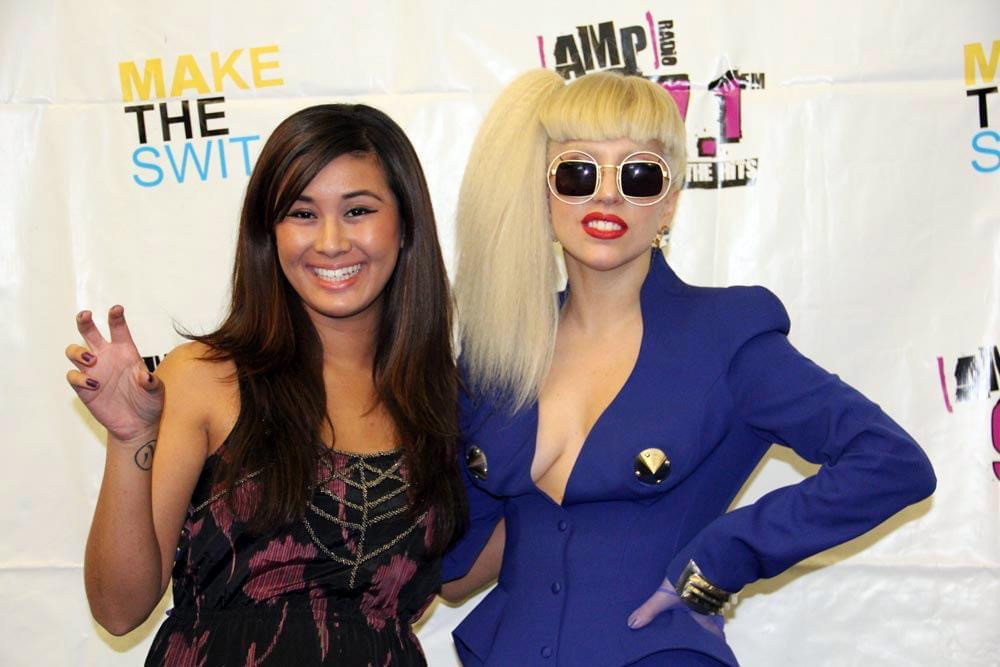 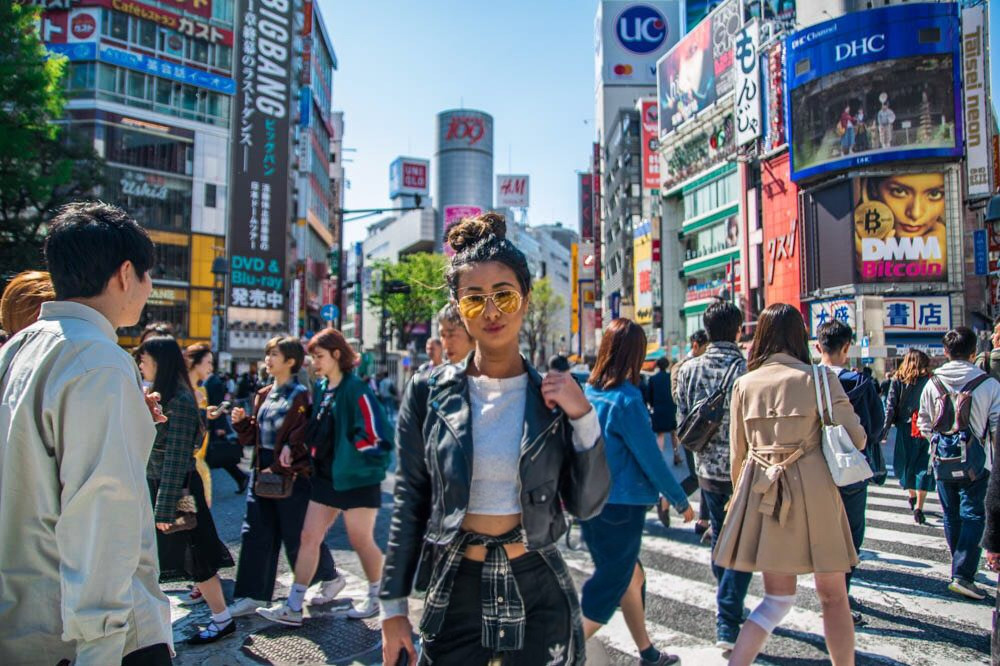 Any places to eat or things to do that you can share with our readers? If they have a friend visiting town, what are some spots they could take them to?
I think I spend most of my time these days off Sawtelle on the West side in an area called Little Osaka. I hate that I wasn’t able to visit Japan in 2020 or 2021, so I get my fix on that block. There’s authentic eats like okonomiyaki, udon, ramen, and matcha. You can find me giving all my money to Tokyo Japanese Outlet which sells a bunch of anime goods! 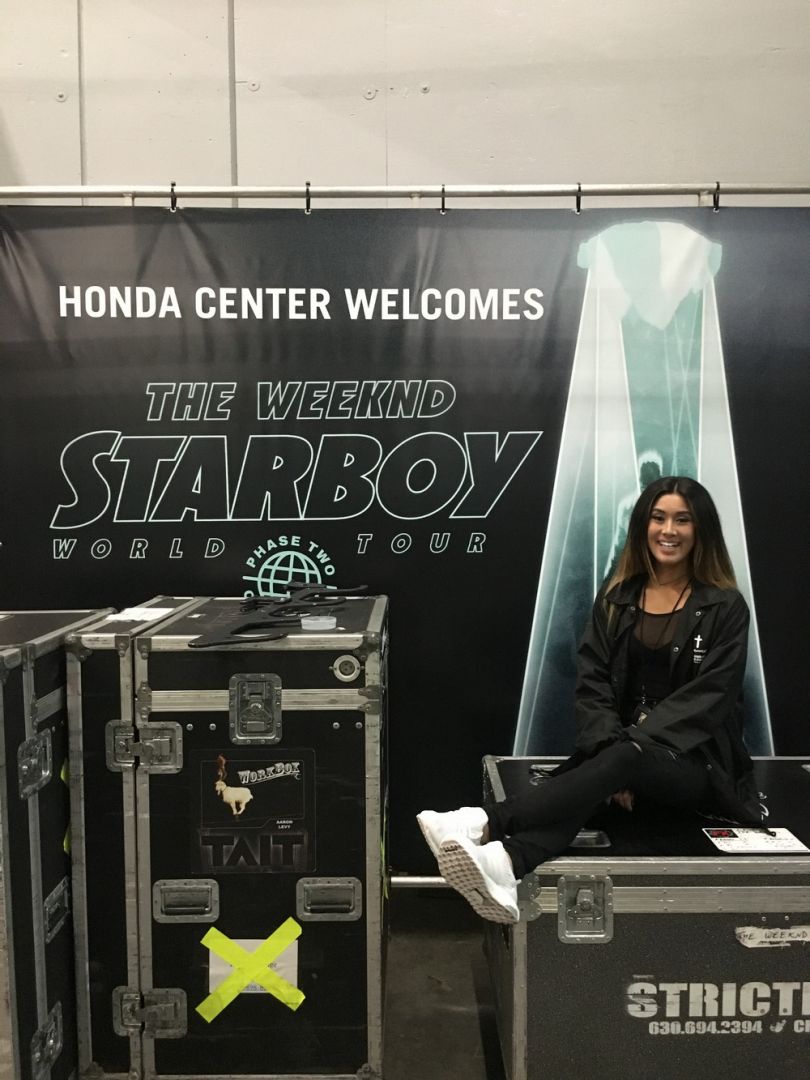 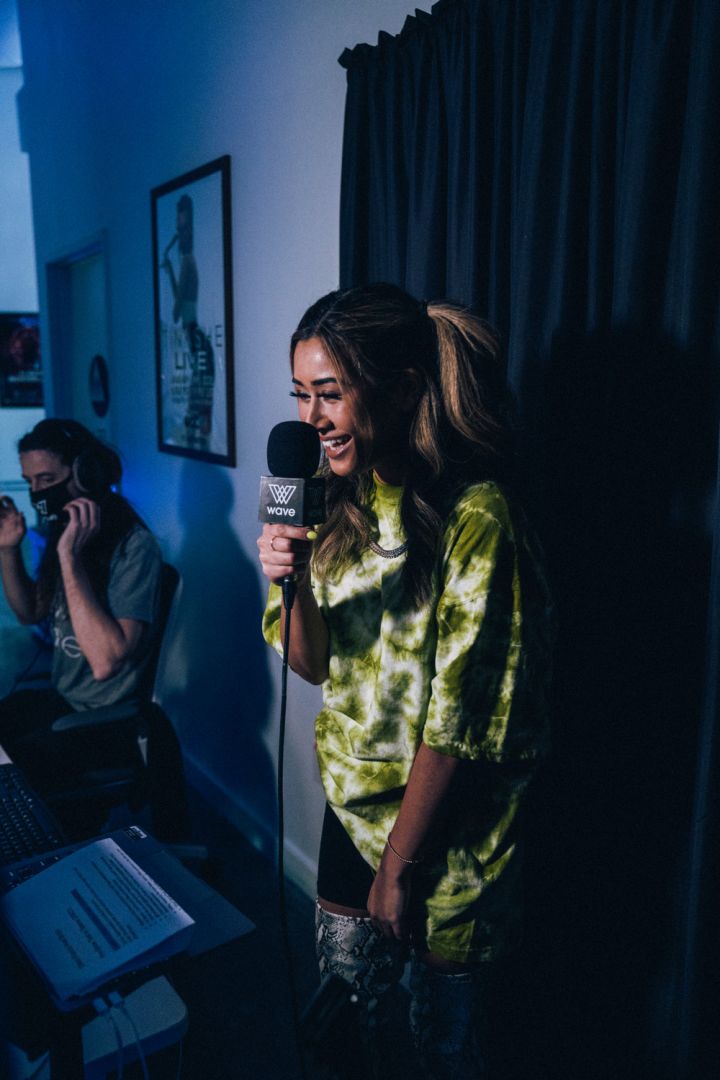 Who else deserves some credit and recognition?
Have a solid foundation. I swear by that. You can tell a lot about a person by who they surround themselves with.

If you don’t have honest people to keep you grounded, hold you accountable, and at the same time love you and help you grow, you can get lost in the sauce. I’ve seen it A LOT in this industry! I’m really grateful to my “chosen family” back in the Bay Area who’ve known me since I was a teenager and really supported me every step of the way. Get you some friends outside of the industry! lol But seriously, I do also have wonderful friends in LA who I met through my career. In particular, this small industry girl group I’m part of – it’s really nice to feel understood by strong, intelligent, and kind women who are in the same line of work. 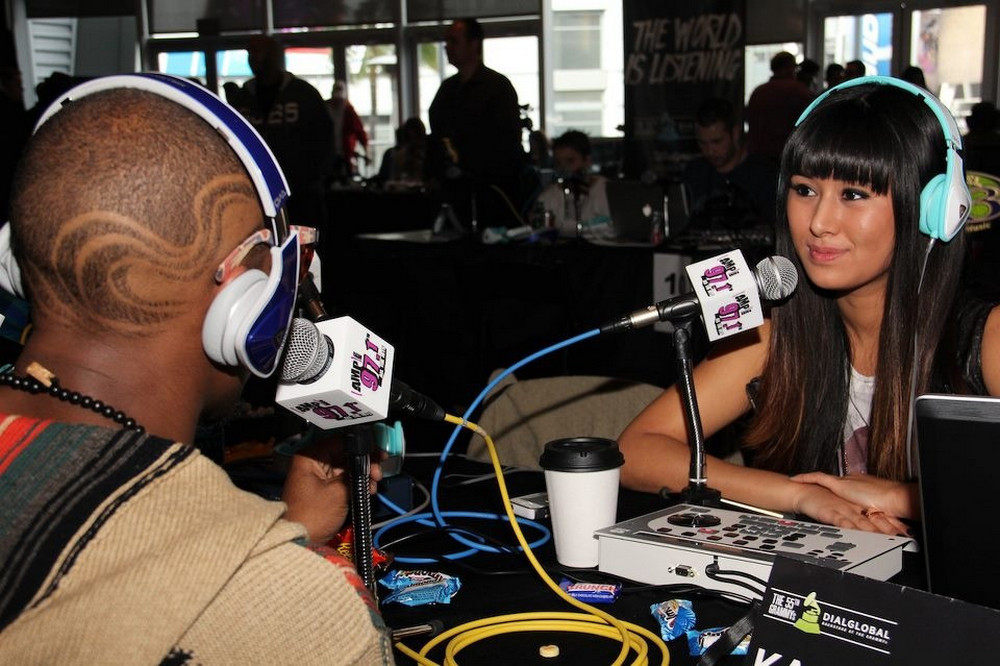 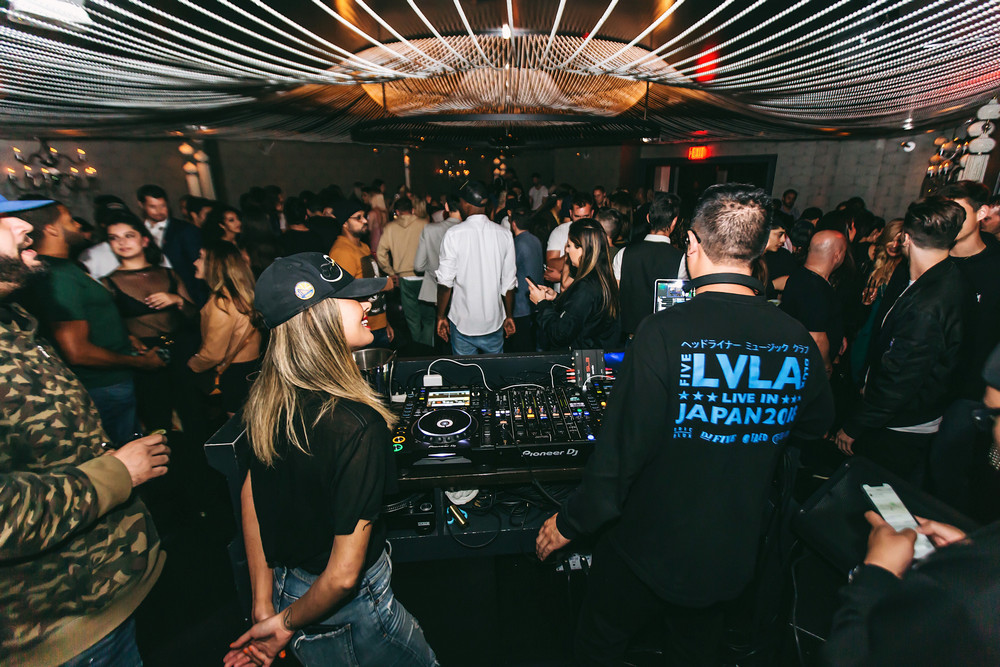