We had the good fortune of connecting with Shardul Sharma and we’ve shared our conversation below.

Hi Shardul, we’d love to hear about how you approach risk and risk-taking
I believe that taking risks is a part of everyone’s life. Winning and losing are both equal parts of the game and I believe that regardless of the side you find yourself, you have already come ahead from where you were before the game. So, according to me the key to success is to always believe in yourself, take the steps ahead and don’t be afraid of failing or what anyone or everyone will think if you do not success.

Like Billy Wilder said “Trust your own instinct. Your mistakes might as well be your own, instead of someone else’s.”

I grew up in India in a very traditional, conservative family. Back when I was 16, I chose dance and entertainment as my career which was not considered a job that a boy or a man would do. Girls and women dance, boys don’t dance, that was a general mentality of the society back then. Now that not the case and I am so glad that things have changed for good. But that did not stop me, I knew it will not be an easy choice or journey and I will have to face a lot of resistance, criticism and even bullying. I took the step ahead and did what I had to peruse my dreams. And today after 20 years I am who I am only because I took the risk of believing in myself. I started from being a performer, dancer in India and now I am storyteller and a filmmaker in Hollywood. I have always believed that you are the luckiest person if you are able to make your passion also your profession. If you can make that happen, then you will never work a single day of your life instead you will enjoy every minute of your work. I absolutely love this quote from Helen Keller “Security is mostly a superstition. Life is either a daring adventure or nothing.” 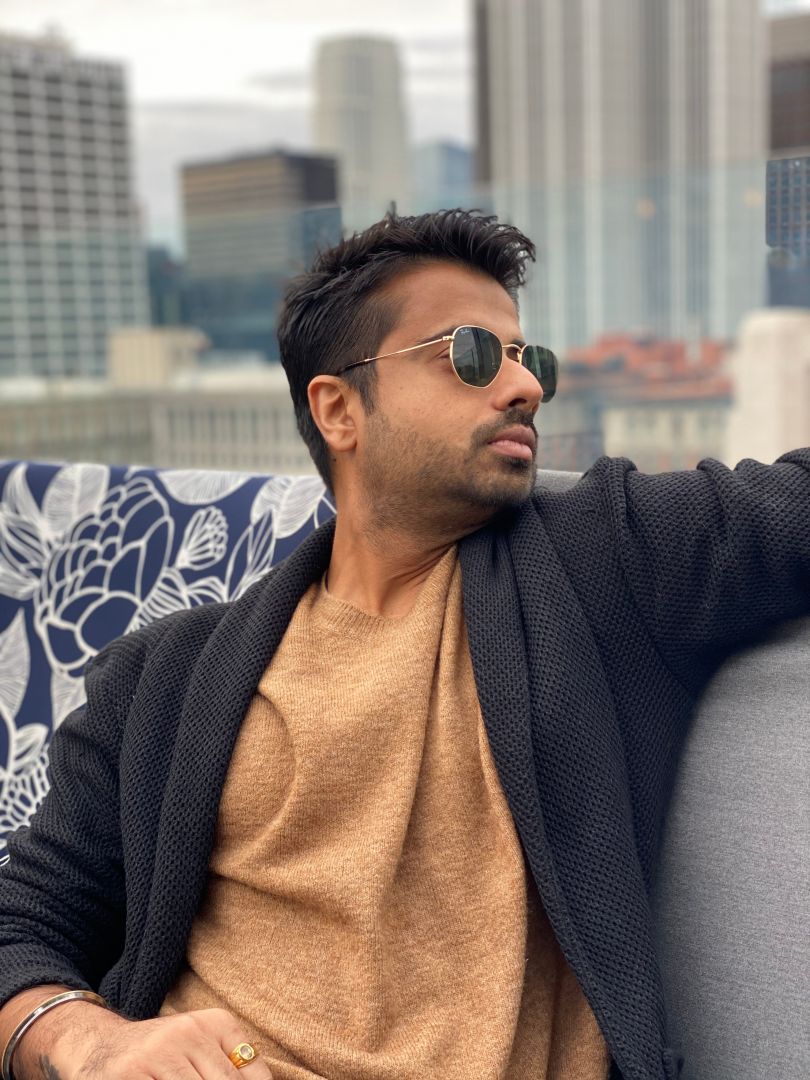 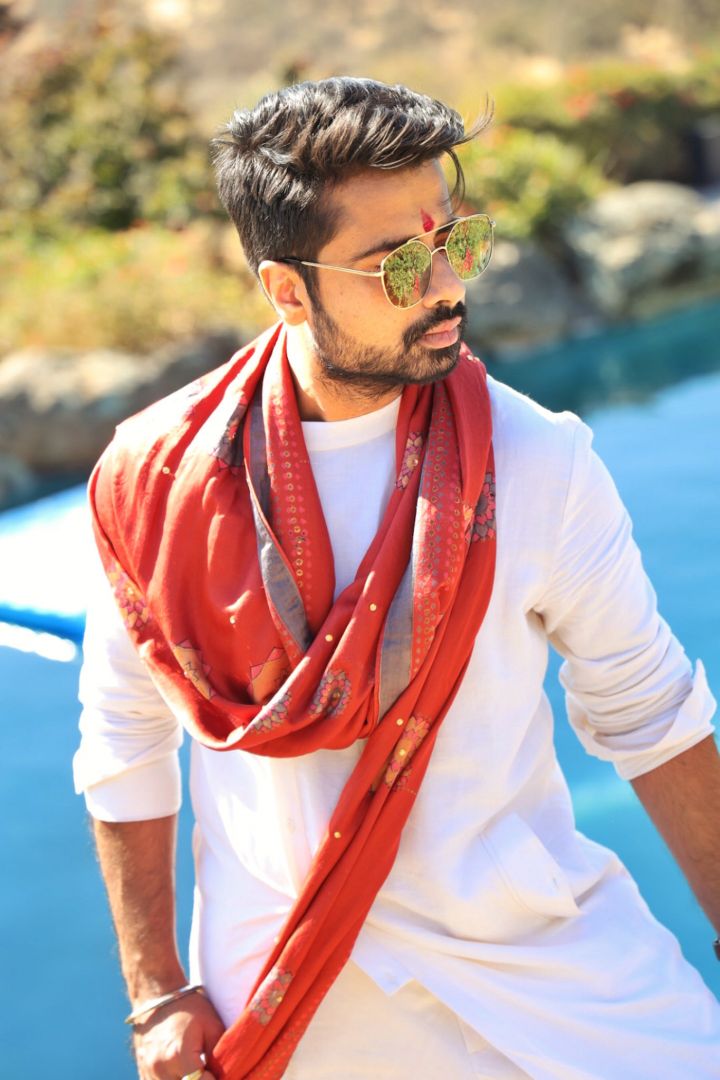 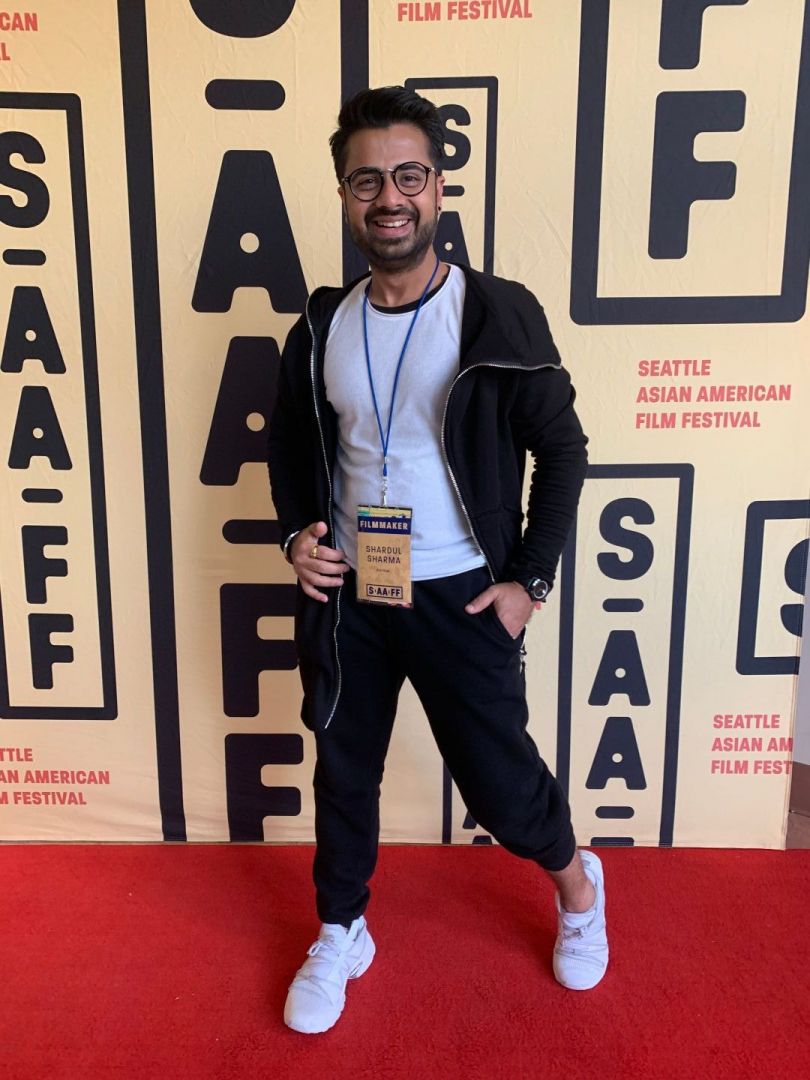 Can you open up a bit about your work and career? We’re big fans and we’d love for our community to learn more about your work.
I had never planned to leave India and move to USA; in fact, I was very happy doing what I was doing in India. It was a few friends in Indian film industry and Shiamak Davar, who encouraged me to take a leap of faith and start my career in Hollywood. I started my producing career with an internship at Ashok Amritraj’s production company called Hyde Park Entertainment in 2012. That was my first job in LA and right after that I started producing films on my own as an independent film producer. Initially it was tough, but I never gave up and continued doing whatever I could with the resources I could find or had. After producing a few feature films, short films and commercials, people started recognizing my work and soon through word of mouth I was recommended for a position at Paramount Pictures. Now after 7 feature films and a few short films, I can say I am doing decently as a producer.

Before moving to Los Angeles, I had worked in India for over 12 years, and it wasn’t easy at all to leave everything I had earned and to start once again right from scratch. But somewhere in my heart I wanted to try something new. It was then that one of my close friend back home who did a filmmaking course in Los Angeles, upon her return she suggested me to take a break from work and try the same course and then decide. Initially, I wasn`t sure, but I thought a lot about it and after consulting with my other friends who were way senior to me in Indian Film Industry, I took this huge step of going back to school (a film school). At that time, I was still the head of business operations in Shiamak’s company. Shiamak has always been very supportive and in fact, he encouraged me when I shared my thought to switch career and move to LA. I thought if I must make my mark in the industry, then I’ll have to change my approach which is different, new, and better than what was already happening. I am glad I made that decision because now after 10 years I can say that I have been very fortunate to have worked with some very talented artists in the industry and I also had an opportunity to work at Paramount Pictures which is one of the biggest film studios in Hollywood. It was never an easy journey, but I am very thankful for what I achieved in the time I have spent in this career.

Any places to eat or things to do that you can share with our readers? If they have a friend visiting town, what are some spots they could take them to?
The most amazing thing about living in LA is that there so much to do in this city right from chilling on the most beautiful beaches, to amazing forest mountain hikes, to museums, to shopping, to theme parks and to the most amazing night life. This itinerary is based on things I would like to do:

Day 1: Santa Monica and Venice
I would start my day with Santa Monica. The beach, the pier, and the stores really are Santa Monica’s three main attractions. At the pier, you can see street artists performing from early noon until late at night or people trying their hand at fishing. The Third Street Promenade is just a 5-minute walk from the pier and the entire shopping area is just beautiful with several stores, outlets, bars and restaurants.

Later in the day, I would recommend renting a bicycle and riding a bike to Vince.
Walk around Venice Canals and watch the sun set at Venice Boardwalk, another iconic Los Angeles hotspot. Try one of these restaurants: De Buena Planta, Vince Way Pizza and Ospi.

Day 2: Downtown
Walk around L.A. Live Complex and check out Nokia Theatre, Staples Center and The Grammy Museum (if timings match and if possible, watch a Lakers game at Staples Center).

Day 3: Six Flags or Universal or Disneyland
Depending on the choice of your adventure you like, I would recommend spending a day at either Universal Studios + Universal City Walk (Must do: studio tour and try Harry Potter Ride). If you enjoy thrilling roller coasters, then you must not miss Six Flags and if you are a Disney fan then you must visit Disneyland.

Day 4: Malibu
Depending on whether you’re interested in modern art or classical history, you can head to the Getty Center or the Getty Villa. The Getty Center is huge, and you can easily spend a few hours there while an hour or two at the Villa are more than sufficient.

Enjoy the beach at Paradise Cove, El Matador Beach, Zuma Beach or Malibu Beach. Must visit Point Dume for the most spectacular view of the sunset.

Day 5: Griffith Observatory and Hollywood
Walk up to Griffith Observatory for the most magnificent view (panoramic view) of the city. You can also view the most famous Hollywood sign from the observatory. They also have free telescope viewing and screenings inside the Planetarium. If you’re lucky you might get to attend a star party as well.

Take a walk through the Hollywood walk of fame and spot your favorite stars names engraved on the walkway. End your tour by visiting the famous Chinese theatre and the Kodak theatre which has been home for the Academy awards since decades.

Day 6: West Hollywood and Beverly Hills
Shop your heart out at the very famous Rodeo drive, drive around the area to spot celebrity homes. Grab a cup of coffee at Alfred’s while you enjoy shopping.

End your day at West Hollywood’s most hip and fun Santa Monica Blvd. filled with bars and restaurants that serve amazing cocktails. Stop by Catch LA or EP & LP for a fancy dinner and for deserts/ macaroons/ pastries at the most famous Bottega Loui.

At LA – Art District kick off with a street art tour of the area, then check out the work of emerging artists at the community’s creative hub; sample bang-up tacos at a beloved food truck-turned-brick-and-mortar restaurant; and get your daily dose of hops at the laid-back local beer hall. 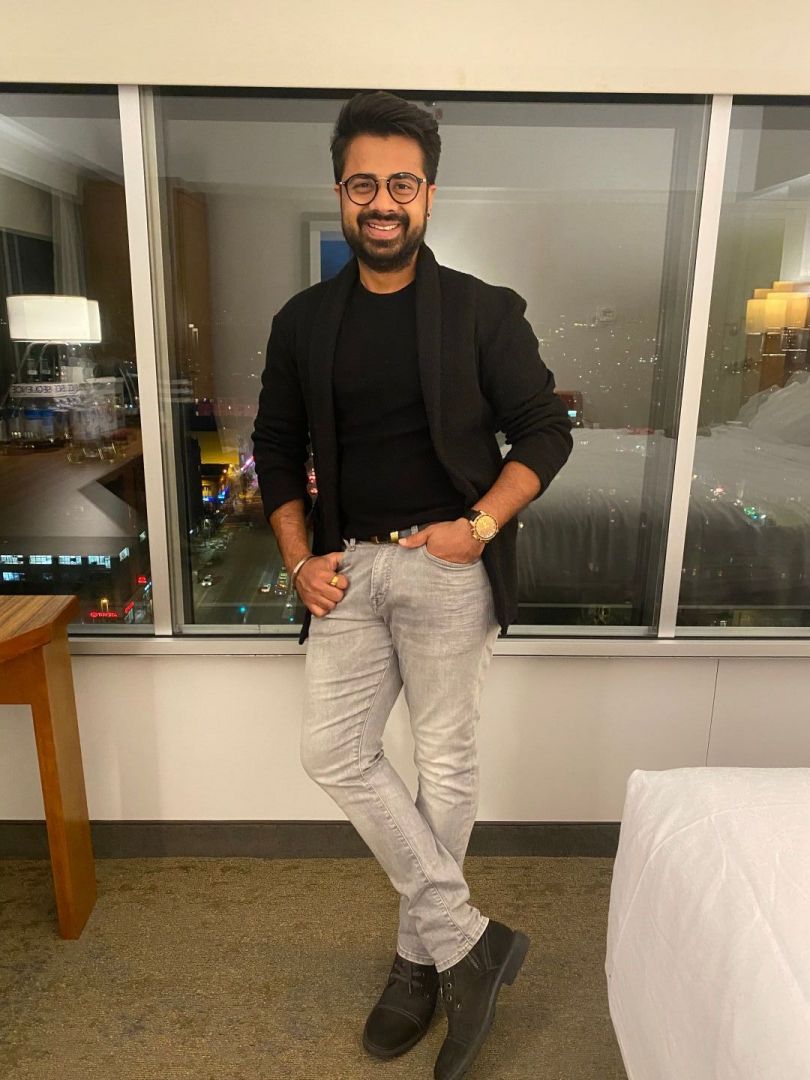 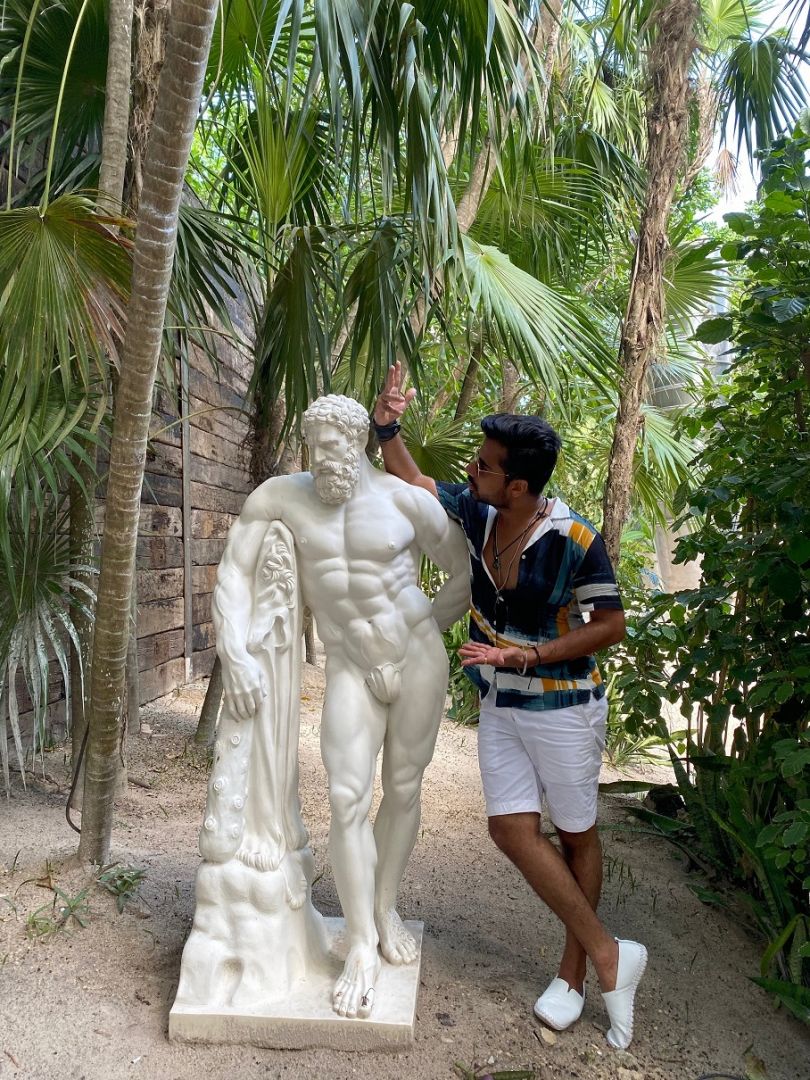 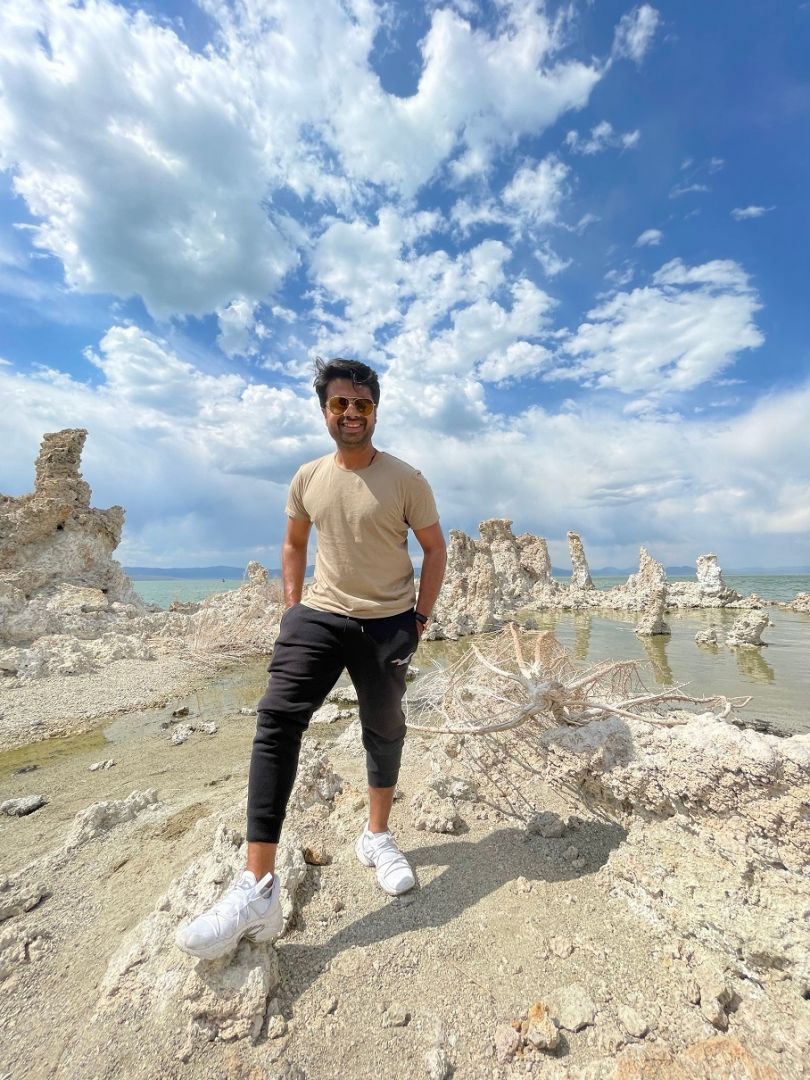 Shoutout is all about shouting out others who you feel deserve additional recognition and exposure. Who would you like to shoutout?
I would like to dedicate my shoutout to my family back home in India and my mentor Shiamak Davar (ace choreographer, actor, singer, director, and producer). I am where I am today only because of the support I received from my family and the support I received from my mentor/ guru Shiamak Davar. Despite of the fact that being a boy I chose dance and entertainment industry as my career, my mom always supported me and encouraged me to continue my career in being an artist/ performer. While growing up, our financial status was not so good, where just managing our regular living expenses was a challenge, enrolling me to a dance school and paying for my training seemed impossible. But I don’t know how my mom still made it work and gave my dreams more importance than our everyday family needs. I knew how much my family gave up for me just so I could do what I loved doing. That pressure was so heavy on my shoulders that losing or accepting defeat was just not an option. I had to make this work and I had to make my family proud no matter what. And that thought always pushed me and motivated me towards moving forward in life.

When I was in my teens, Shiamak was the biggest dance celebrity in India and to be a part of his core dance team was an ultimate dream of any individual who wished to pursue his/ her career in the world of dance and performing arts. My mom made me join Shaimak’s classes and within a year of my training Shiamak picked me for further professional training to become a part of his company. I started my professional journey as a dancer, performer, and a trainer in Shiamak’s dance company. I was not a natural dancer, and I did not have a perfect dancer’s body but instead of my short comings, Shiamak never gave up on me and instead pushed me even more so I could be with other highly talented dancers and performers. My career in the world of dance was not that long, I met with an accident, and I had to quit dancing. Shiamak still supported me and pushed me to manage his business and that’s how I started a new career in entertainment business and management. It was tough, very tough initially to accept the fact and adapt to this new life. It was not my choice, but I had no other option also I could not let go of the new opportunity life had given me. And from managing Shiamak’s business, I started my career in India and after a few years I have moved my base to LA and now I work here in Hollywood as an independent film and television producer.