We had the good fortune of connecting with Shayla Racquel and we’ve shared our conversation below.

Hi Shayla, how has your background shaped the person you are today?
I am a true Southern belle – born and raised in South Carolina to a large, close-knit family who seemingly goes everywhere together (even if its just to get a quick chicken box from Bernie’s on a random Friday afternoon).

Storytelling is a major part of Black Southern culture and I grew up listening to my grandparents share stories of vulnerability, resilience, conquests, setbacks, failures, and triumphs of my people and my family as they grew up in the Deep South during the Jim Crow era. Listening to those stories, attending my first protest with my family at the age of 9, being the eldest of nine grandchildren, and growing up in an all-Black community while attending all-Black schools made me exactly who I am today – grounded yet energetic, tenacious, resilient, optimistic, racially aware, and fully understanding the purpose of community and the importance of sharing our stories. 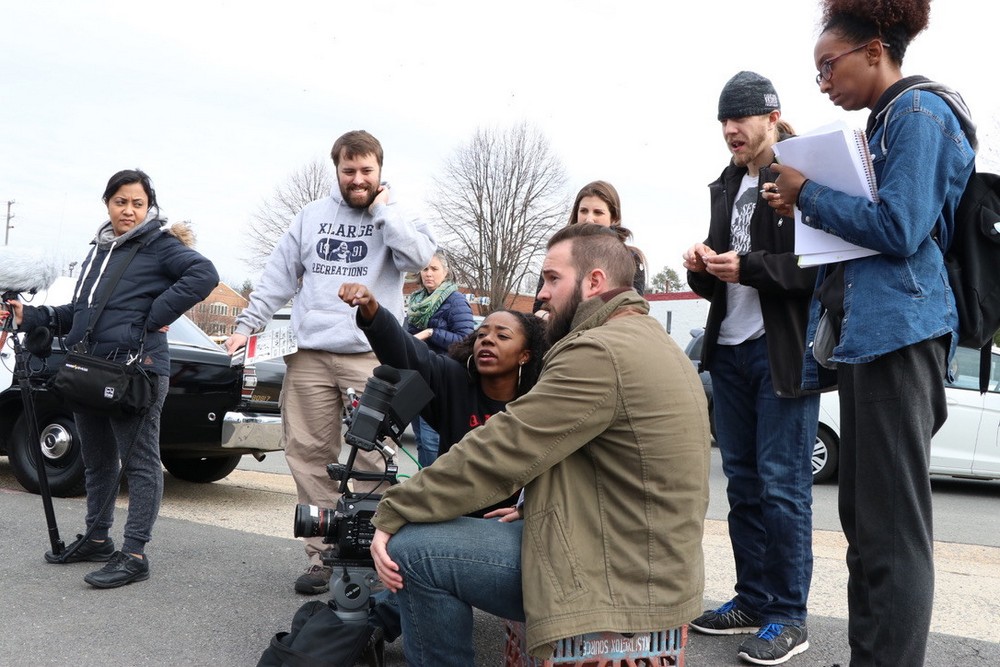 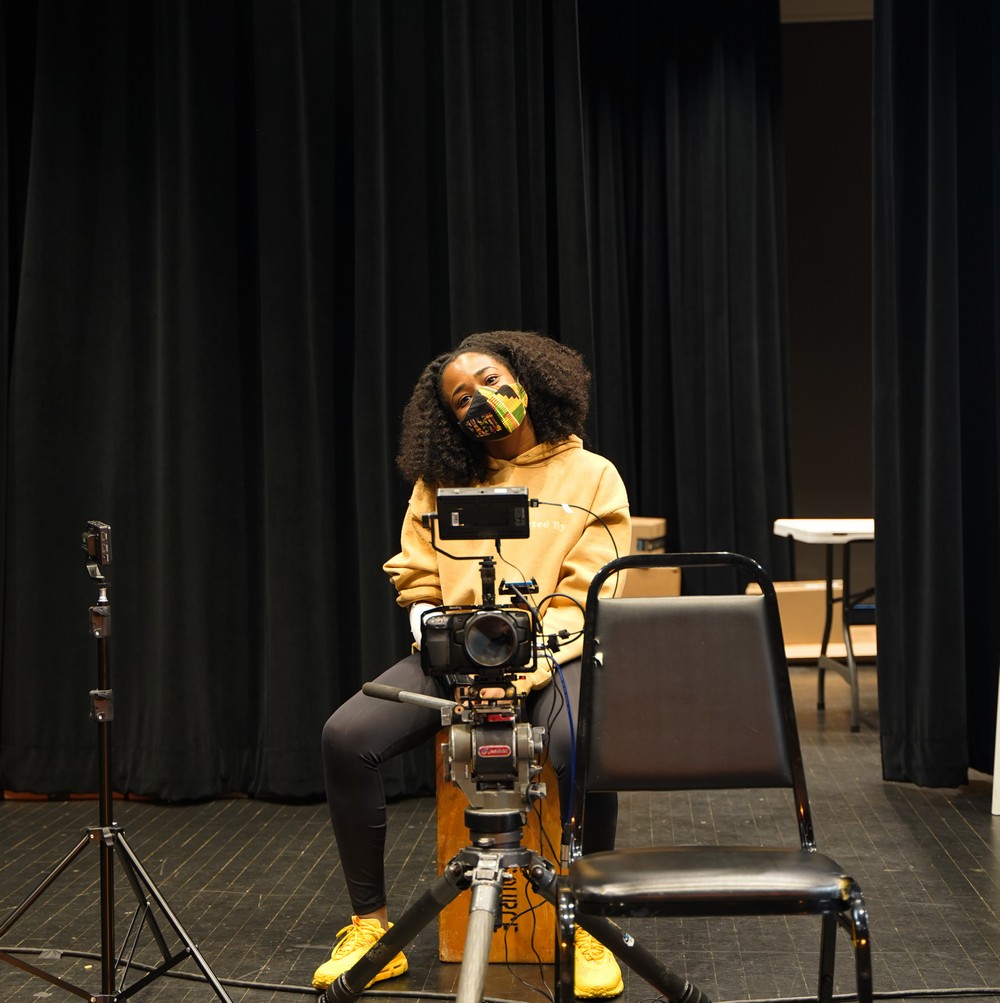 Alright, so let’s move onto what keeps you busy professionally?
I consider myself an energetic, quintessential creative with a passion for storytelling birthed and honed by my southern roots. I am no stranger to overcoming odds – diagnosed with Sickle Cell Disease at birth and having a stroke at the mere age of 12, my battle with this illness is what brought me closer to the art of storytelling which unlocked my love for filmmaking.

As an independent creative I am a firm believer in allowing your “9 to 5” to fund your “5 to 9” until your “5 to 9” can become your “9 to 5.” I always worked a full time job and used any extra money after bills to fund my film projects. Being disciplined and diligent about scheduling, setting time to write, practice, and study my craft is how I got to where I am today professionally.

Now, my work has had the privilege of being featured in over 40 film festivals and has received over 20 awards to date, including a Student Emmy from the National Academy of Television Arts & Sciences – National Capital Chapter. My storytelling capabilities have been featured by the Washington Post, VIBE magazine, and a plethora of other notable outlets. I was recently highlighted as one of OkayPlayer’s “Eight Up-And-Coming Directors That Should Be On Your Radar.”

During a tumultuous time in our nation’s history, I want to continue to tell stories that not only make a difference, but entertain while impacting lives. I create and gravitate towards character driven stories featuring characters with multifarious identities navigating a world in which they are being forced to choose just one.

A friend once said to me, “You lead your sets with love” and I realized that THAT is what I want as my brand and my legacy as a filmmaker.

“Smiles are Sunshine for the Soul!” 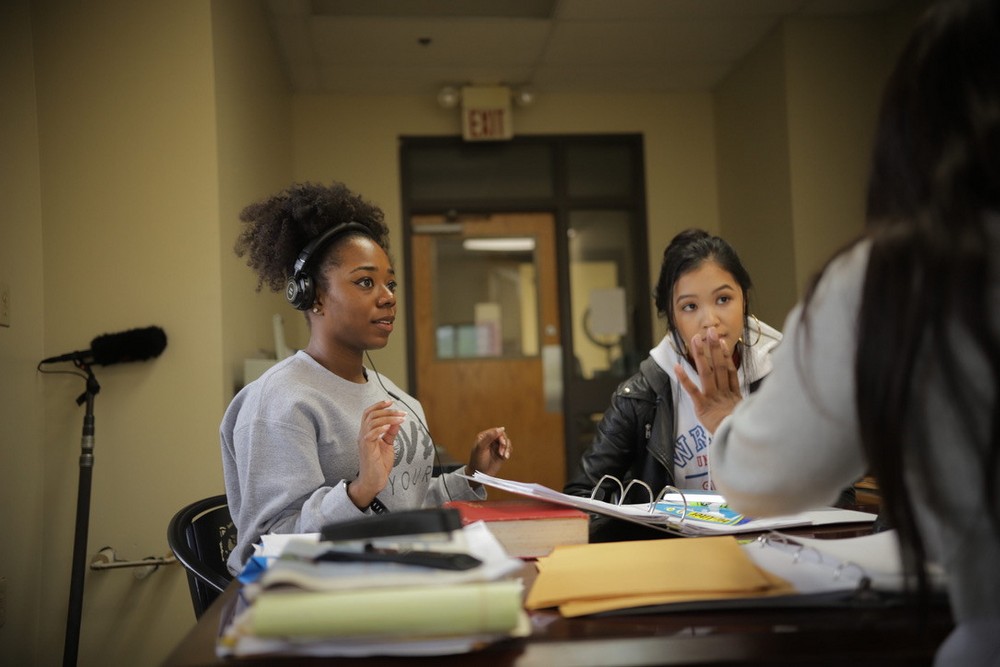 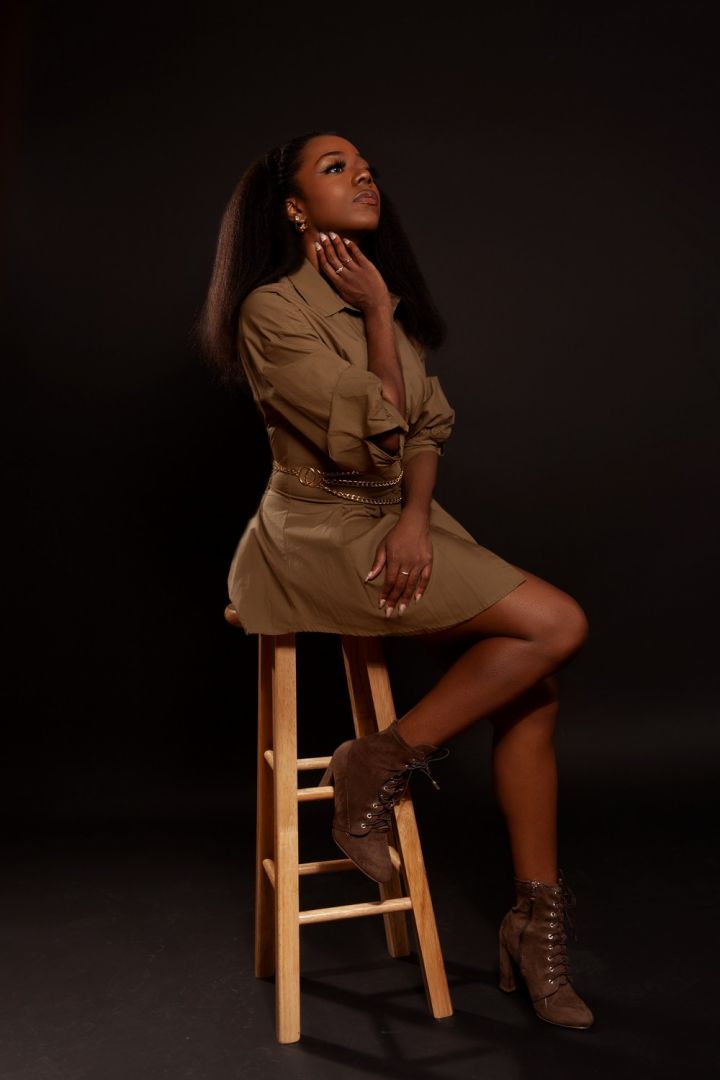 Any places to eat or things to do that you can share with our readers? If they have a friend visiting town, what are some spots they could take them to?
Though I work in LA often, I have not fully moved to LA… yet 🙂 But when I do – I can’t wait to explore the city have an itinerary ready for my family and friends! 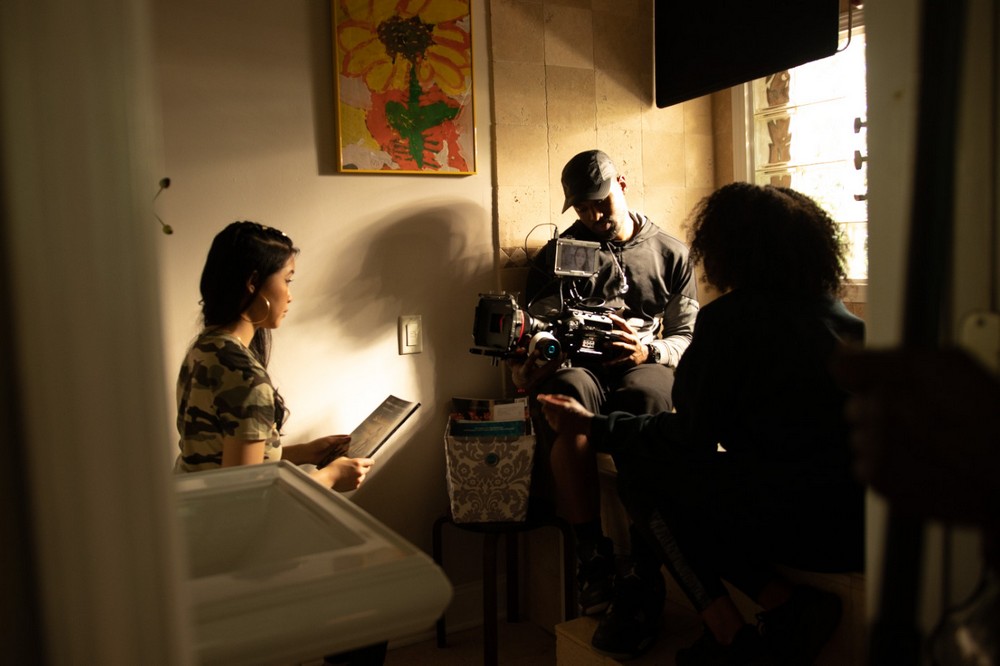 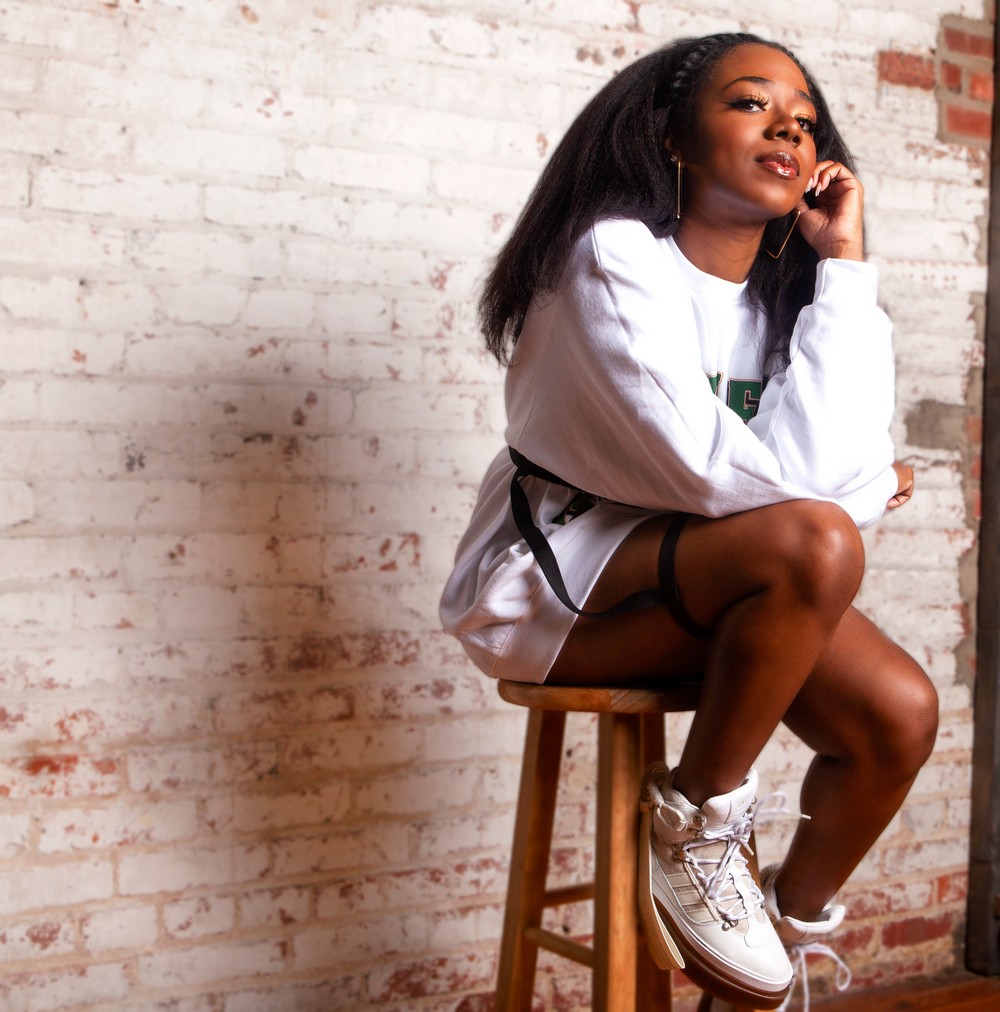 My Dad has always been a supportive figure (my entire family does not play when it comes to supporting one another), but I don’t nearly highlight my Dad enough and the roles he played in helping me get to where I am today. Growing up there was always something new I wanted to try or an adventure I wanted to go on – no matter how off the wall it may have been (or if he believed I would stick with it or not), my Dad never questioned my decisions or instilled doubts – instead he encouraged, supported, and cheered me on along the way.

One of my favorite childhood moments: I received a greek mythology group project in high school (before digital cameras were a thing), and instead of us writing a boring paper and presenting via powerpoint, I somehow convinced the group to make a greek mythology movie with us as the characters. My Dad allowed us to use his old camera that filmed on tapes and my Mom helped us get costumes from Salvation Army. We drove around for days from location to location shooting the film, and when we were done my Dad took me to his friend’s house to edit it on VHS. Watching the editing process with my Dad and telling his friend what to cut, where to add music, sequencing, etc., was one of the many moments when I fell in love with the filmmaking process. My Dad seeing me light up in excitement, probably knew that this would forever be my craft of choice, and has supported me on my filmmaking journey ever since.

Between piano lessons, basketball, band, theater, dancing, singing (he even took me and my friends to audition for the local Apollo), and now writing and directing, my Dad has been one of my LOUDEST cheerleaders. No matter what I do in life and what new quest I set my mind to complete, I always hear my Dad’s words in the background before taking the big leap – “SPANN UP!” 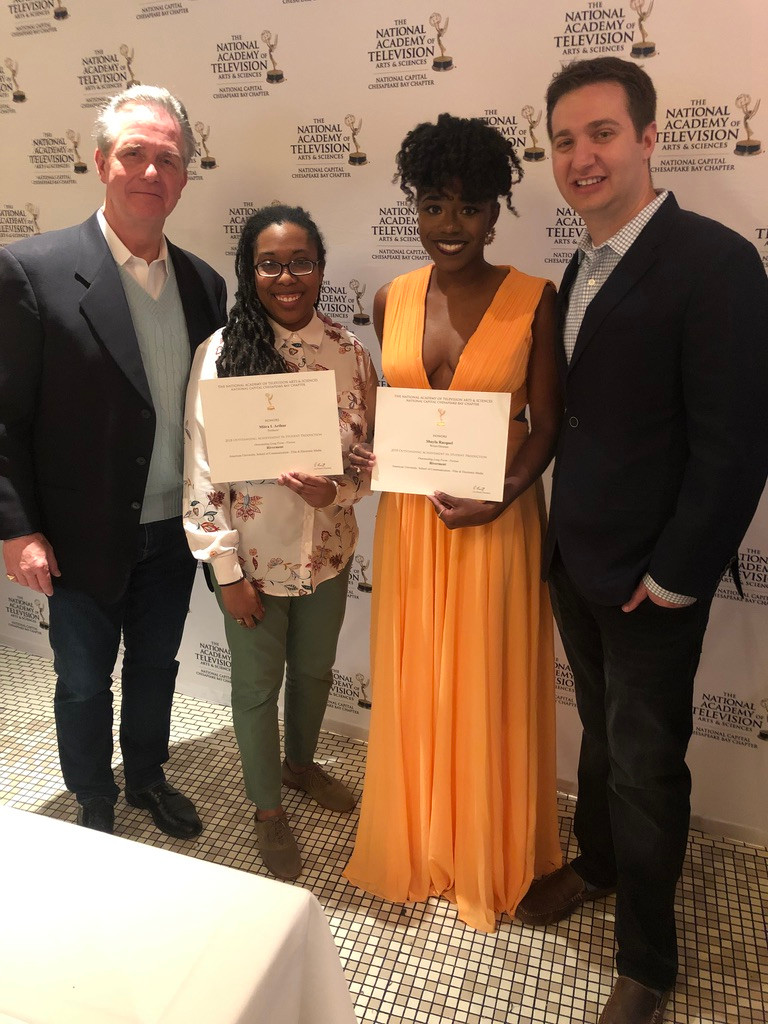 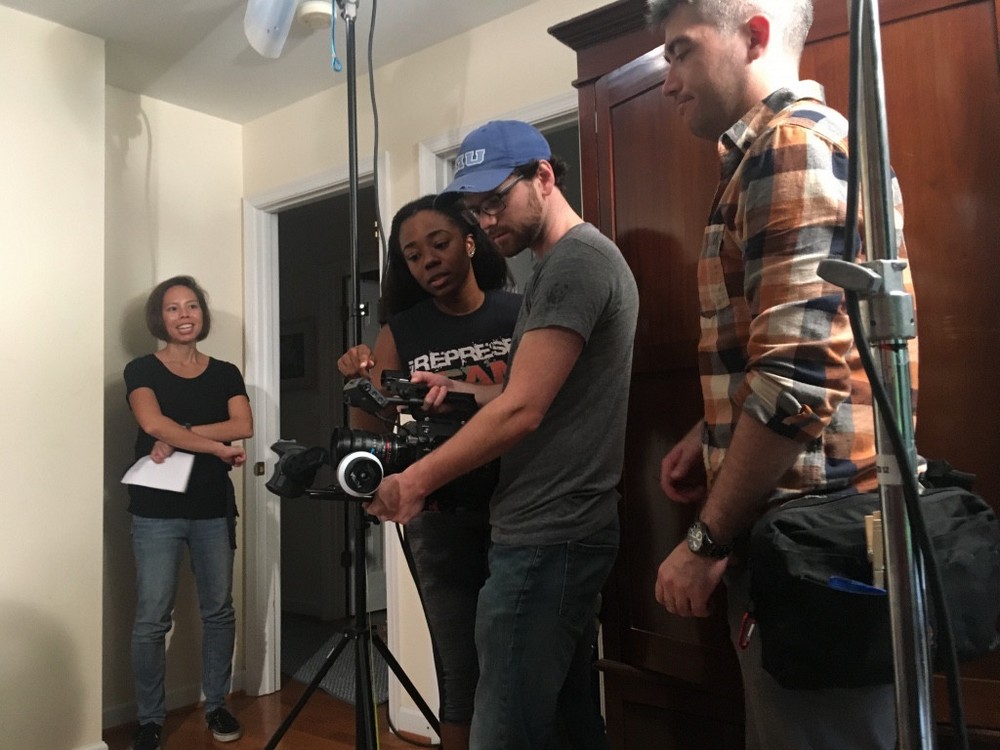