We had the good fortune of connecting with Shreyas Ayaluri and we’ve shared our conversation below.

Hi Shreyas, how do you think about risk?
I’ve always been a scribbler, always scribbled. Be it doodles, shower thoughts, ideas, catch phrases or just to-do-lists, but I digress. A good mentor at the time suggested that I carry a miniature note pad in my pockets to capture all my haphazard thoughts and to work more efficiently. That’s probably the best advice I’ve ever received. And I say scribbled because I didn’t think anything I wrote made sense to anyone but me. Well things took a 180 degrees turn when I saw what I wrote spread across a huge billboard, it moved me. All those feelings, emotions that I didn’t know existed in me, gushed through my body and I just knew it.

Growing up in typical South Indian family, expectations were set and choices were predetermined. Yep, like clockwork. And the same happened for me and my sister, who by the way is a prodigy. But both my parents were in creative fields at some point of their lives. So we had a little more leeway than others and hence they got my enthusiasm, my flair and pushed me to further explore. Yes, no sob story here. Just a really cool, progressive family. But it’s also fair to say that screenwriting wasn’t on anyone’s mind including mine. So after pursuing engineering, I gave advertising a shot. I worked as a copywriter for two years, trying to quench my creative thirst. And honestly my stint at the ad firm definitely bridged the gap between sciences and arts. And one fine day as was heading back home from my job, I stopped to look at an ad I wrote spread across a massive billboard, and as cheesy it may sound, it moved me. It changed my perception on telling tales and selling stories. That was my inciting incident, a first step into the hero’s journey, and gave me the required ’go ahead.’ So with no connection to anyone in the film industry, leaving behind my family and a copywriting job, I leapt on an opportunity to study screenwriting and film in the U.S. 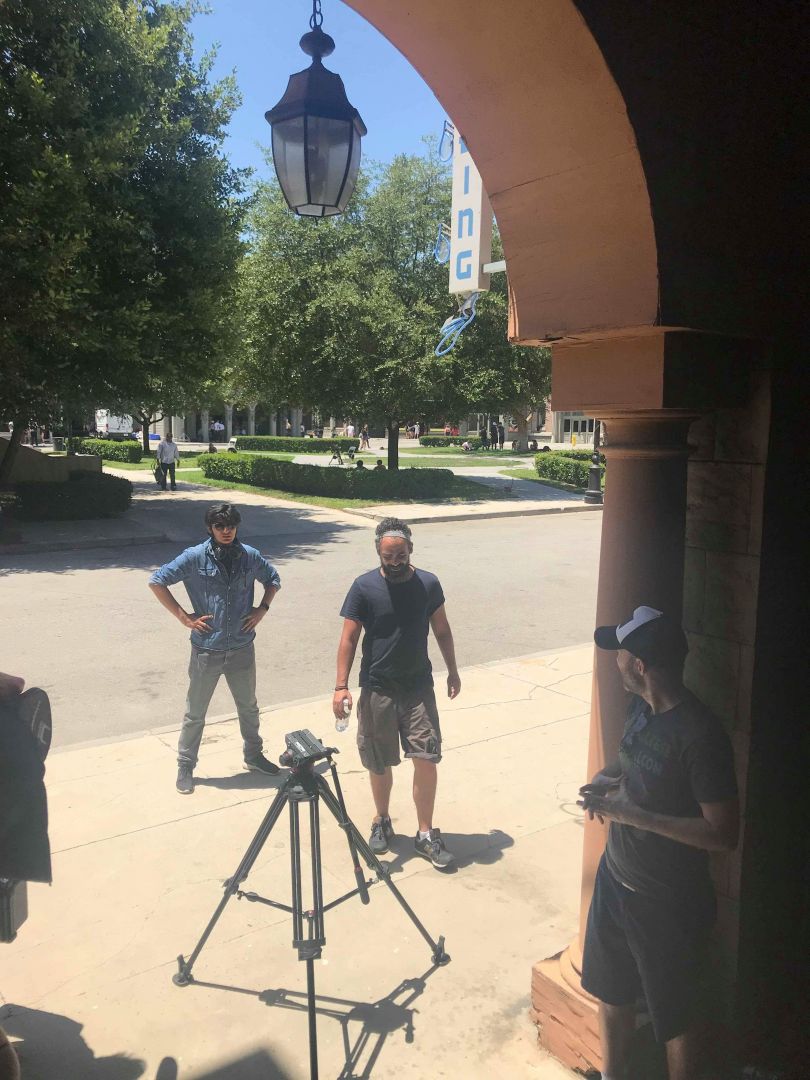 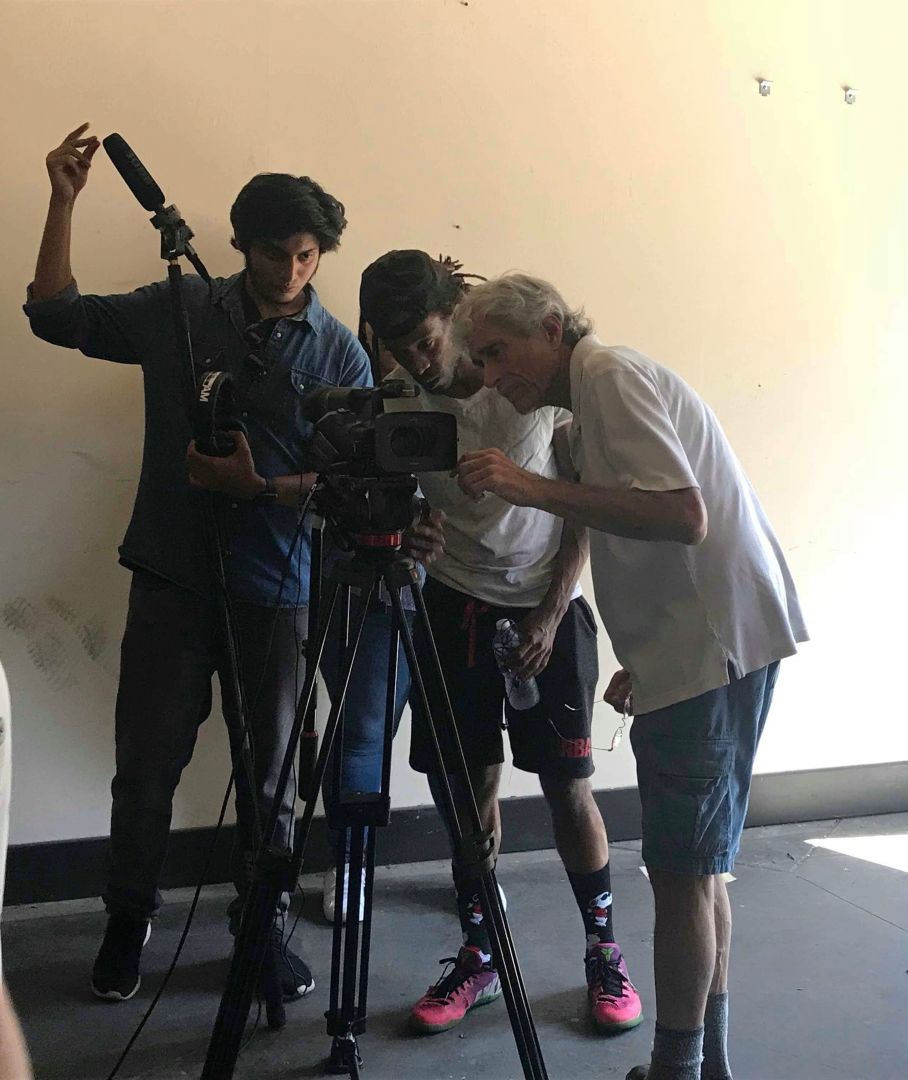 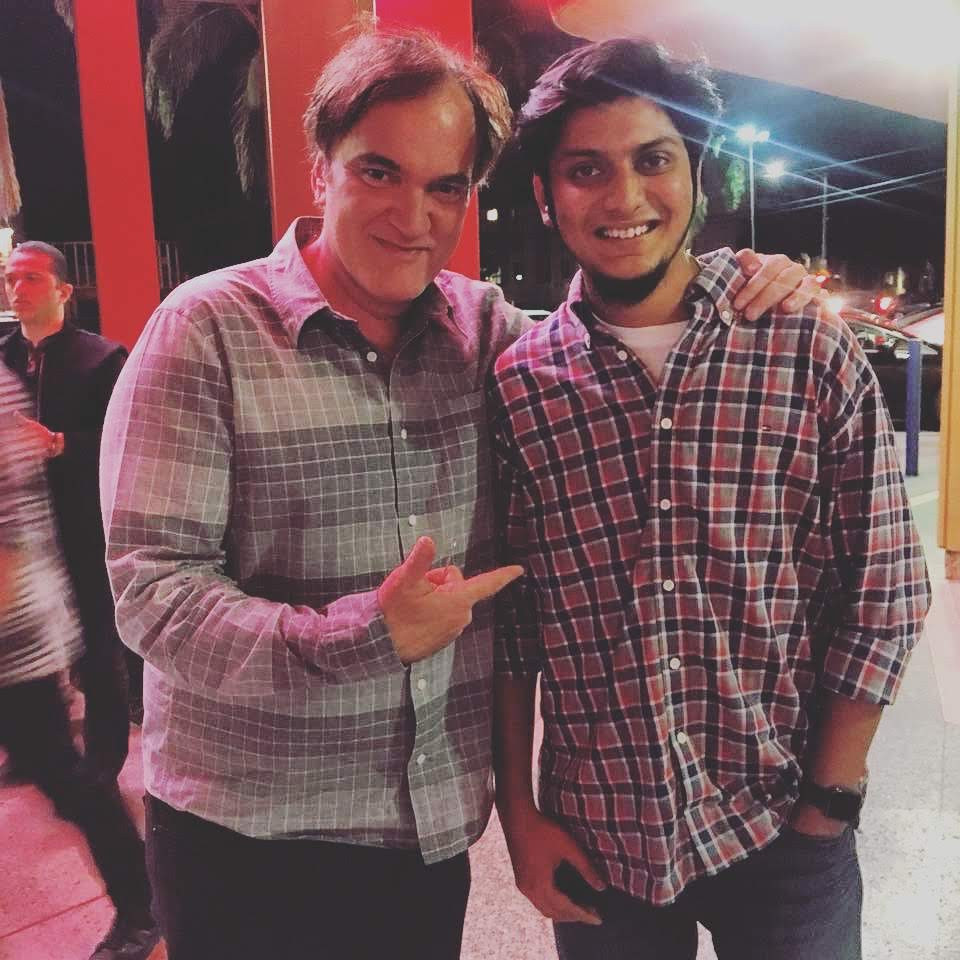 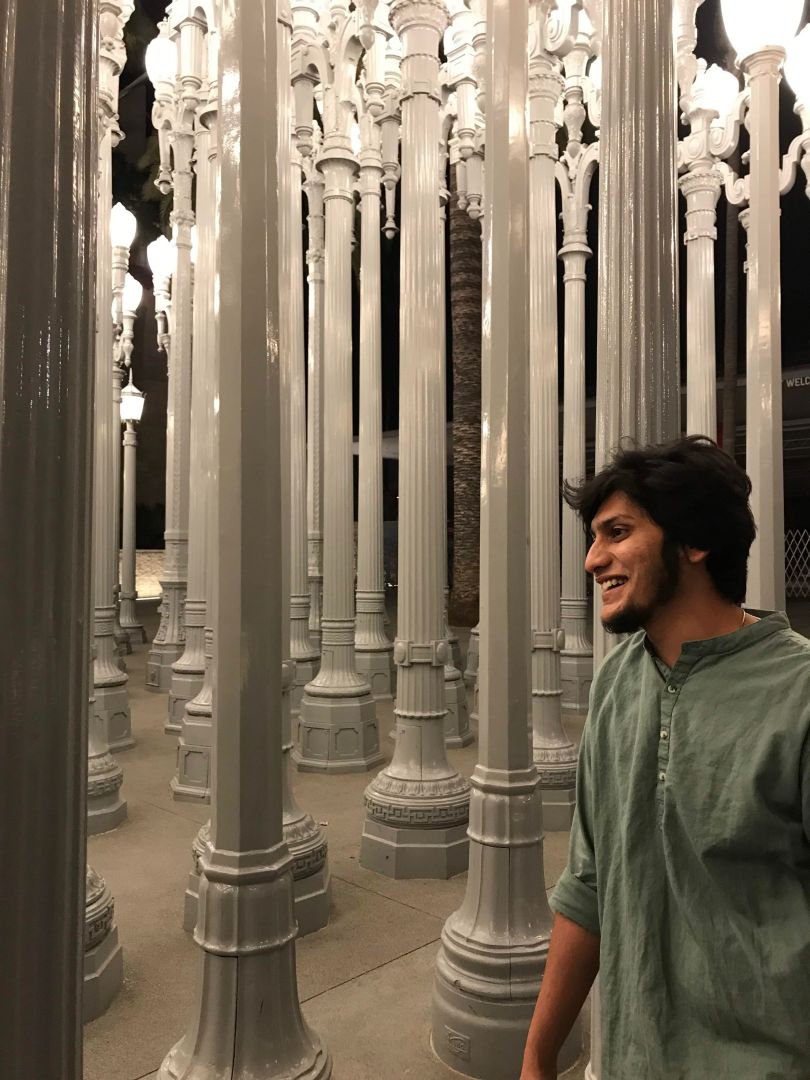 Let’s talk shop? Tell us more about your career, what can you share with our community?
I’ve been in the states since ’18, constantly honing my craft. I first studied screenwriting at New York Film Academy and later at University of California, Los Angeles. I wrote over four feature length screenplays, two pilots and produced multiple shorts. Most of my work has been featured and placed in the best screenwriting festivals and competitions including the likes of The Austin Film Festival, ScreenCraft, StoryPros Awards, Film Empire and so forth. And I recently wrote a song for Broadway. Yeah, I can’t fathom it either. My latest feature, that I churned out during the pandemic is all set to grace the festivals circuit this year.

While all this is magical, I would be lying if I told you that the path was all sunshine and rainbows. There were times when things got rough, monetarily speaking, especially during the pandemic, as being an artist is not a 9 to 5 job and one might work on a project for months without a pay check. You just have do what it takes to stay in the game. And that’s what I did. Moonlighting and juggling different roles, working for less, and flipping sneakers to make some extra money. And there’s nothing wrong in that. In fact, it only brought me closer to my dream and made me realise that if you crave art that bad, you just got to poach and approach and be at it like a creative addict.

Let’s say your best friend was visiting the area and you wanted to show them the best time ever. Where would you take them? Give us a little itinerary – say it was a week long trip, where would you eat, drink, visit, hang out, etc.
My relationship with Los Angeles is some what of a tricky one. We expect a lot from each other. I would like to experience seasons, and LA expects me to carry patience. It complains of my lack of topography skills and I complain about the public transport. Regardless, this city amuses me. How it acts as a muse and a ruse at the same time is beyond me.

Having said that, Sqirl’s brioche toast with ricotta cheese and rainbow jam is a must try. Crawford’s in downtown for a game of pool and fried food. Highland Park’s Goldline bar will send you down a groovy path with its ‘listening room’ concept. You could Indiana Jones your way through the caves at El Matador beach. And finally Burbank’s very own 7-Eleven. I know, it’s a 7-Eleven but my work wouldn’t be the same without their freshly brewed hazelnut coffee. It’s an acquired taste. 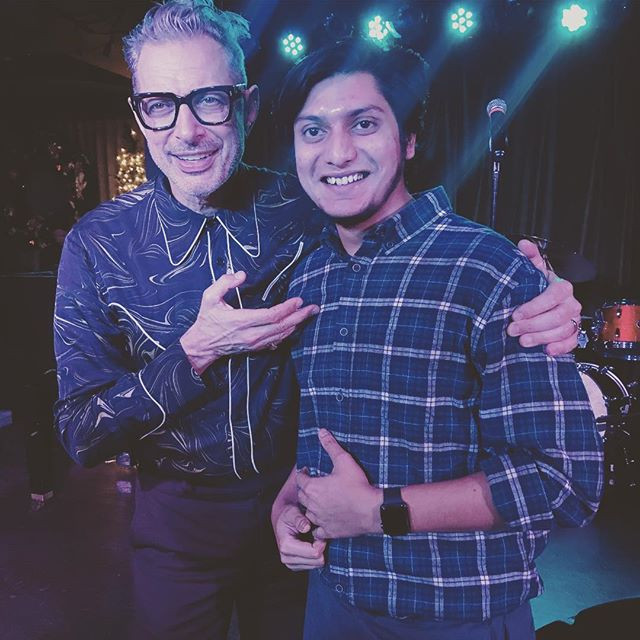 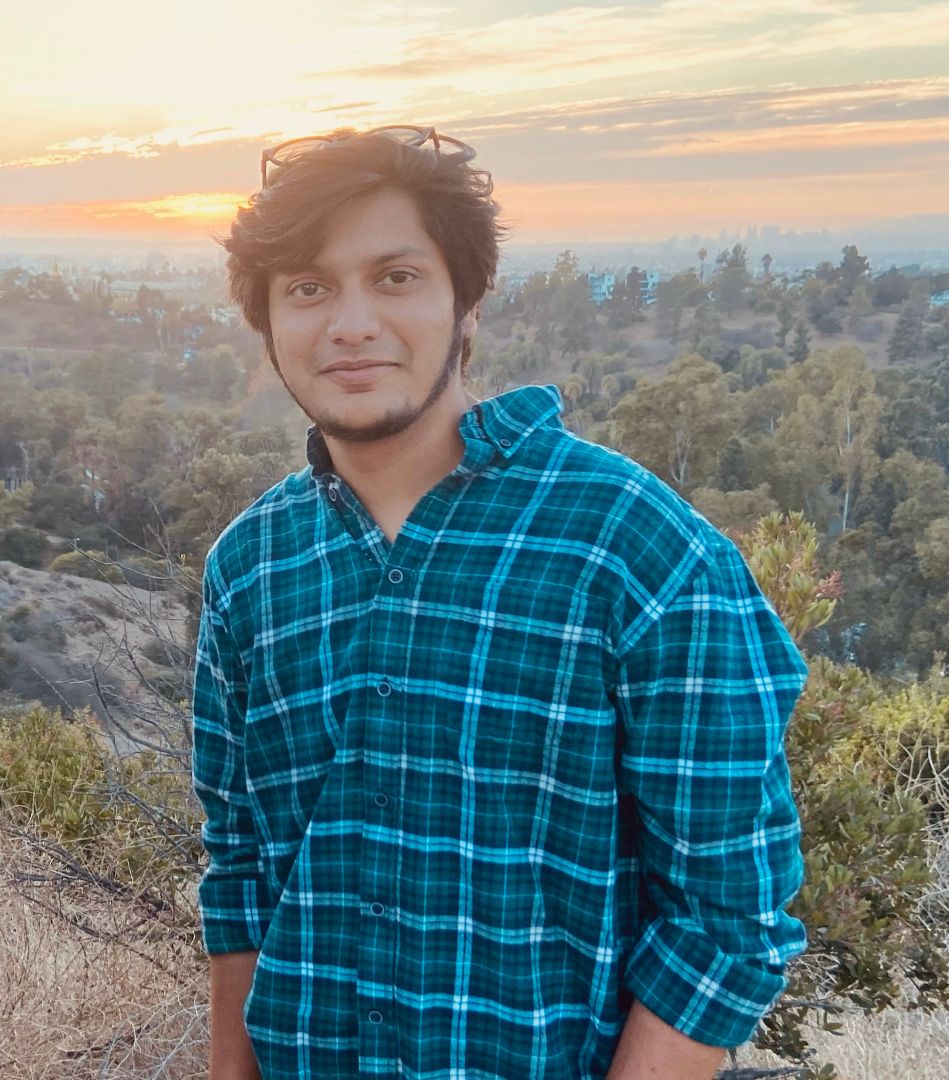 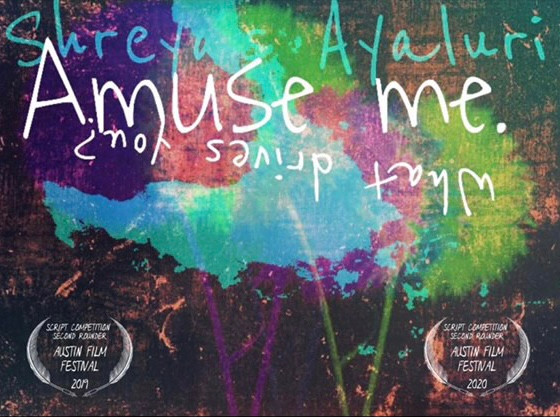 Shoutout is all about shouting out others who you feel deserve additional recognition and exposure. Who would you like to shoutout?
First and foremost, my family. And my extended family. Yes, we are a lot and we take pride in being a lot. My friends, parters-in-crime, you know who you are. My mentors at my White Thoughts & Branding, and my professors at NYFA and UCLA. Especially Philip Eisner, Leon Martell, Jerry Shandy and Ben Sztajnkrycer. And all my roommates throughout the years. Thank you all for being patient with me. And a special shoutout to Matthew Dittman and Kelsey Mulrooney, Shazz & Fariha, Sid & Usha.