We had the good fortune of connecting with Sullivan Marsters and we’ve shared our conversation below.

Hi Sullivan, we’d love to hear about how you approach risk and risk-taking
Risk taking is more essential than ever. The pandemic is accelerating the rate at which the public sphere moves online, and with it we have created a saturated landscape of content that the consumer must scroll through endlessly, rarely encountering anything memorable. How does one stand out in today’s world? The same way people always have, by taking risks! Among the cornucopia of risk, I tend to favor a more calculated variety, one that requires preparation. For example, on my EP “Fight or Fly” I chose to record it without the aid of pitch or beat correction (ie. Melodyne, beat doctor, etc.), both industry standards and far less conspicuous than the stylistic “auto tune.” Additionally, I recorded both the guitar and voice together, creating a heavier and more expressive “live feel” to the recordings. This also means I run the risk of sounding naked and exposed in an era where the norm is crisp, breathy vocals laid atop snappy, pulsating beats. But I also reap the reward of standing out, which is exactly my intention when everyone with a laptop and a DAW is a producer. I never feel like a song is perfect upon release, but if I tried to perfect each song I would have none to speak of. Why treat every release as your magnum opus when you know that nothing is stopping you from improving in the future? Nay, the improvement directly stems from the process of completion and reflection. The tools for creation and distribution have been democratized (yay!) and everyone can now spend endless hours trying to decide which snare sample to use and where (yay?). I prefer to spend 3 months learning the drums and and recording all my tracks in a 10hr studio session the old fashion way. However I perform that day is how I perform on the album for the rest of time. Front-load the work. In other words, prepare! Is it more time consuming? Probably, but I wouldn’t have made the choice to be a musician if I didn’t like the process of creation itself. What if I suck at drums? What if my skills on an electronic kit don’t translate to an acoustic kit? These are all risks, but it makes it fun and if I pull it off the reward is that much more. There isn’t one way to achieve authenticity, but I do believe that risk taking is an essential element. And when paired with preparation, you become unstoppable. 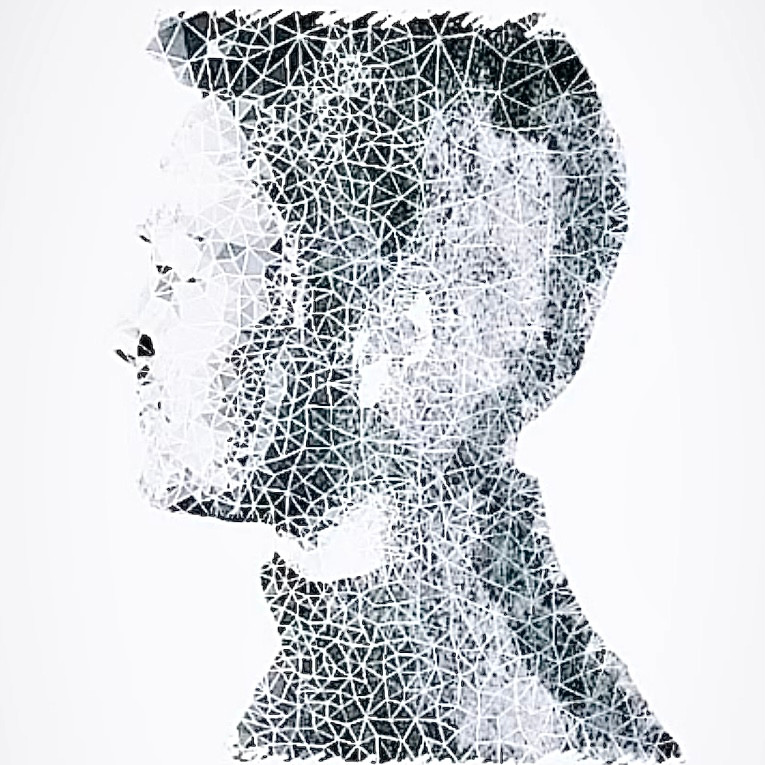 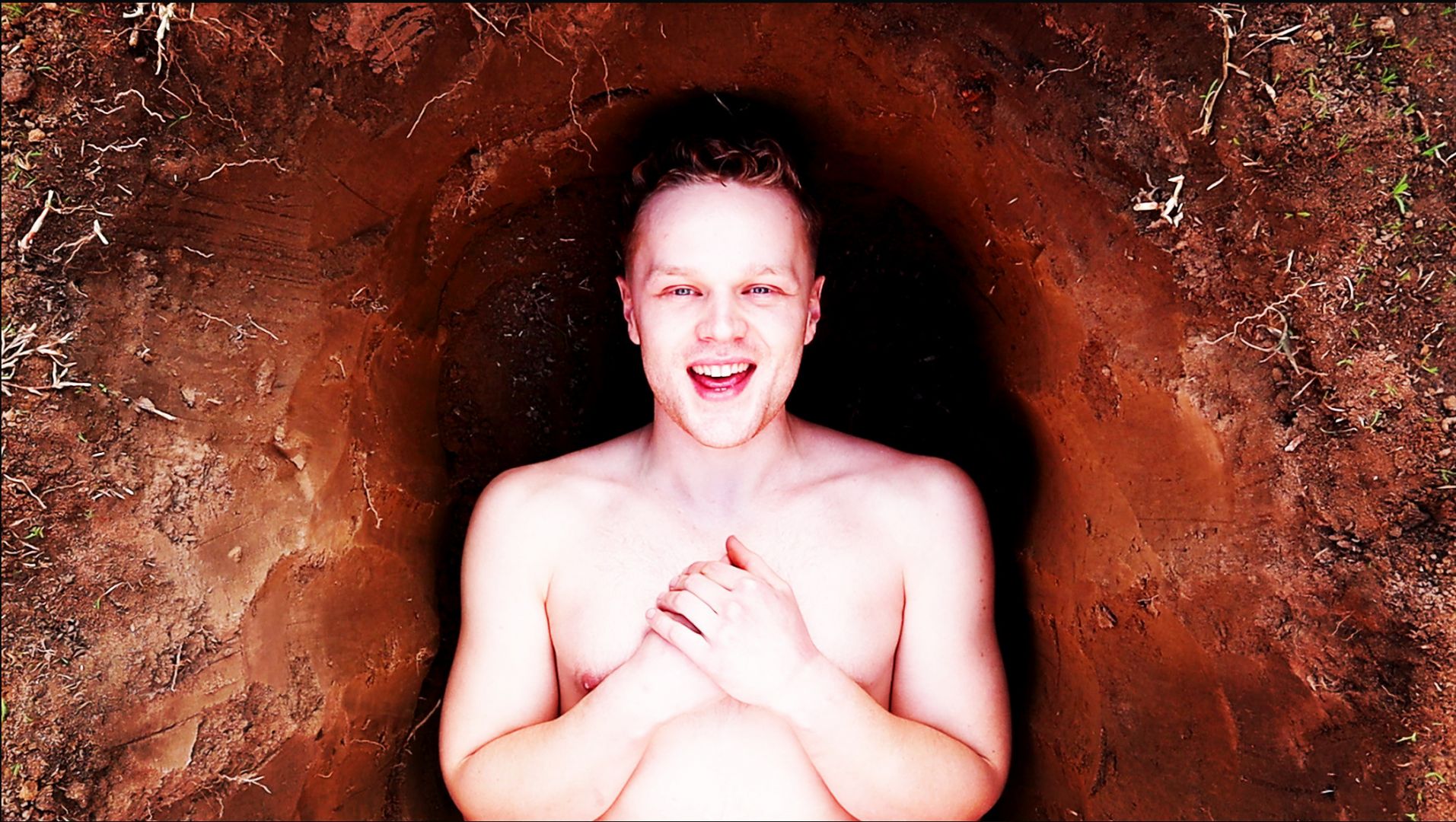 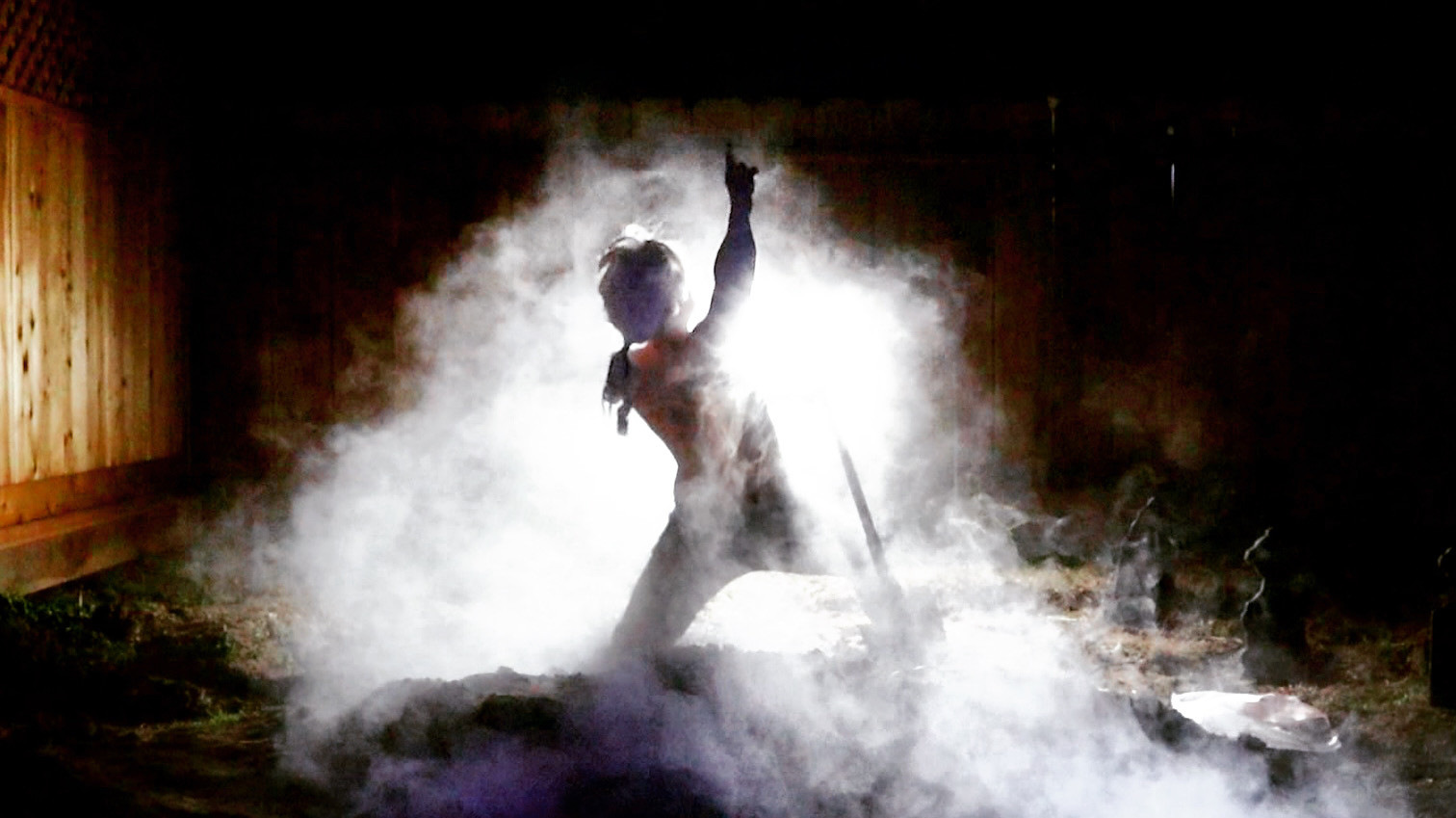 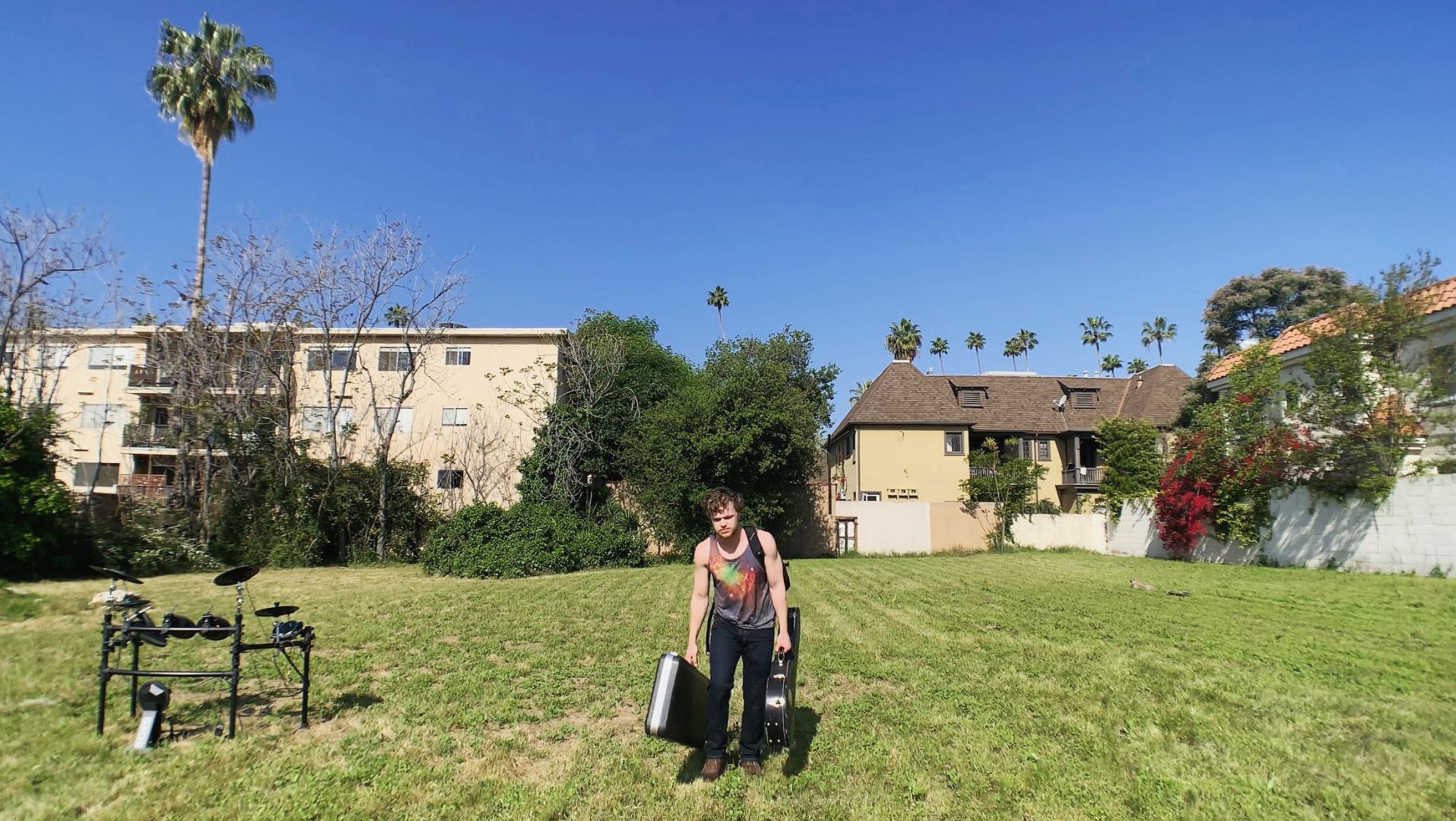 Alright, so let’s move onto what keeps you busy professionally?
Growing up with thespians as parents, they were well aware of the risks inherent in pursuing art as a career. While they always supported my musical development, they were keen to imbue me with realistic expectations – perhaps too keen. They presented me with the classic dichotomy between the starving artist and the famous rock/rap star. I was told that I could do whatever I wanted, but pursuing my art requires coming to terms with “abject poverty.” In outlining my career so far, I hope to reveal the beginning of a third, more realistic path. My musical obsession started at a young age, watching Ray Charles on Sesame street singing “Mary Had a Little Lamb” accompanied by Elmo’s brilliant tenor in the harmony. I changed the lyrics around a bit; *bangs on piano* “…Mary had a little lamb, whose fleece was red as FIRE!” Thankfully my enthusiasm is a tad more refined these days. After a few failed attempts at Suzuki violin and classical piano, I began playing guitar at the age of 12 and couldn’t put it down. Even while at school, I would tune out and play the instrument in my head till I got home. Experimenting with a 4 track tape machine (which was retro even in 2009) got me interested in layering instruments and making arrangements. At this point melodies would enter my head and live there until I did something with them, and I knew I would never stop composing even if I tried. By 16 I was touring around the country playing lead guitar with Ghost of the Robot, a band with an established fan base that gave me the experience needed to record albums and book shows of my own. All this concluded with a European tour where our lead singer dropped out a week before we were scheduled to fly out. With everything booked and non-refundable, I was asked to step in as the frontman. However, I was just a guitar player, and had little experience singing. While I don’t dare look at any footage from this time, I am grateful to have had the opportunity and to learn how to front a band. Some were pleased to still have a show to go to, other were….not so happy. Either way I gave the best performance I could. The reviews were brutal, but I took solace in knowing that this was just the beginning. It was a tremendous risk that paid off, and demonstrated to me that even the most modest of bands can pull off a European tour and still break even. There is an inherent risk to entrepreneurial endeavors. With no boss telling you what to do, and no externally imposed schedule, your success or failure is entirely yours to own. At the moment I am getting by with hosting private livestreams, making music and videos, teaching, and growing an engaged community on Patreon. I always told myself growing up that my dream would be to make a living off writing music, even if it meant living in a small box with an internet connection in the heart of LA. Now that I have my box, I want more – and I think I can get it. To me, succeeding as an artist doesn’t always happen overnight. Success looks like constant dedication to your craft, building an organic and engaged audience that trusts you enough to buy into your journey. True, the public encounters artistic success most frequently as a strike of lightning at the age of 17, but there are far more people making a respectable living doing what they love. And these people can still go out to eat with their families without worrying about being asked to write their name on a piece of paper for the 100th time that day. Success isn’t achieved, but maintained. I certainly do not have all the secrets, but with just a few fundamental truths I believe I can do the impossible – end up somewhere in the vast middle ground between stardom and abject poverty.

If you had a friend visiting you, what are some of the local spots you’d want to take them around to?
Although the pandemic has decimated the restaurant industry LA, a few choice spots have survived. In the before times, I would love to head over to Little Armenia near East Hollywood and try out a new restaurant each visit. Marouch Restaurant in particular serves a killer Kibbeh Nayyeh, a type of veal tartare native to Lebanon. Walking around the surrounding area gives one a sense of community among the contiguous urban landscape. People outside Los Angeles imagine the city to be one long stretch of congested freeway. The truth is, there is a plethora of natural spaces less than an hour drive outside the center of the metropolis. Aside from the beautiful beaches, some lesser known areas I like to hike and film in include Rocky Peak Park, where sandstone and rolling hills dominate the landscape, and one can walk seemingly for hours without encountering another soul. The imposing landscape provides a perfect backdrop for filmmakers and outdoor enthusiasts alike. Heading southeast from Rocky Peak, the oft overlooked Eaton Canyon Waterfalls in northern Pasadena leads you through a shaded, winding path before revealing it’s majestic falls – perfect for a summer hike. Finally, the winding roads through Topanga Canyon and Malibu Springs always surprise new visitors, who forget they are in Los Angeles as they traverse deep ravines and conquer mountains that reward visitors with tremendous views of the city. Charming mountain communities and expensive driveways dot the path, encouraging one to imagine a life where one can enjoy the excesses of the city and retreat and recover in the wilderness. It may be a desert, but it’s our desert, and in my mind it’s the best in the world. 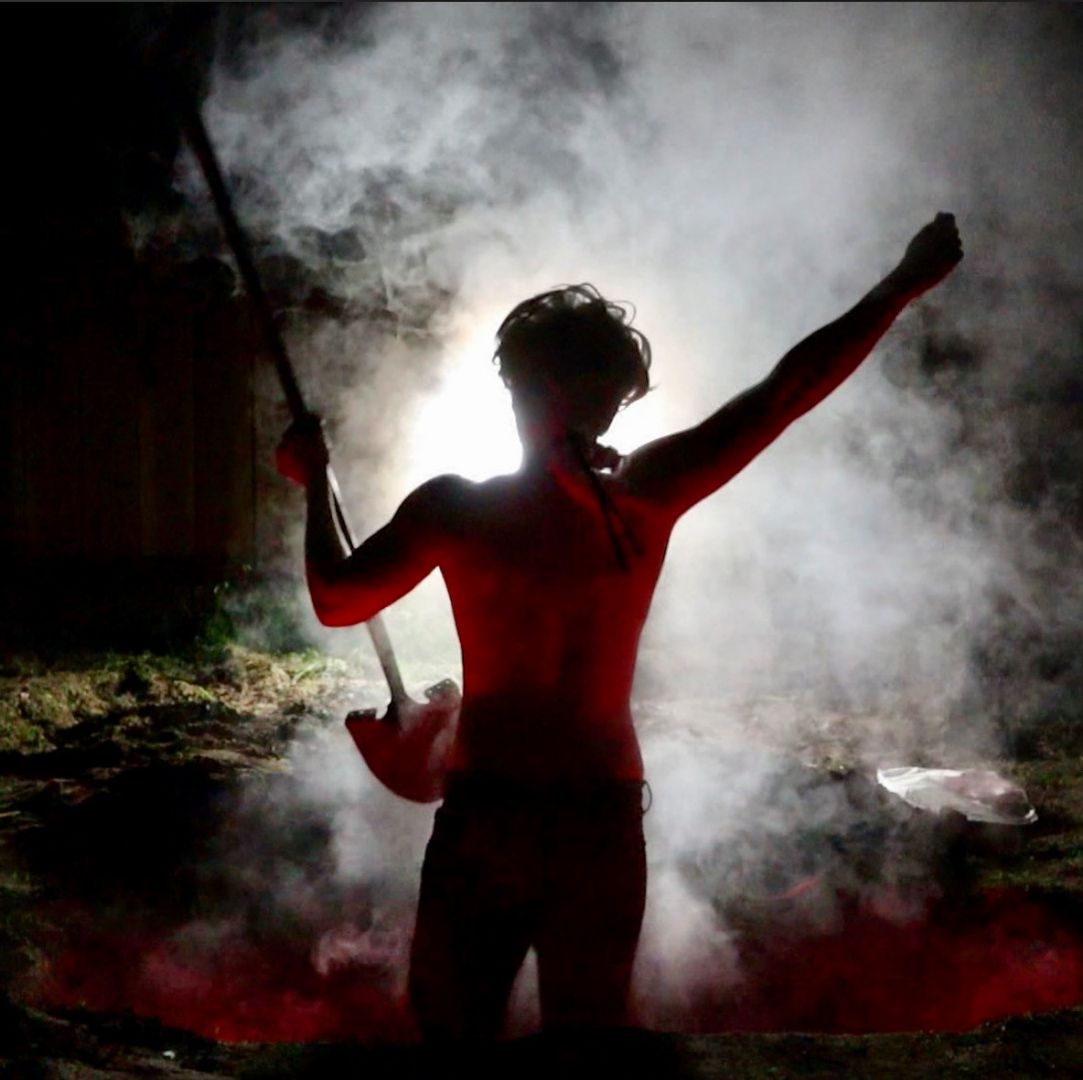 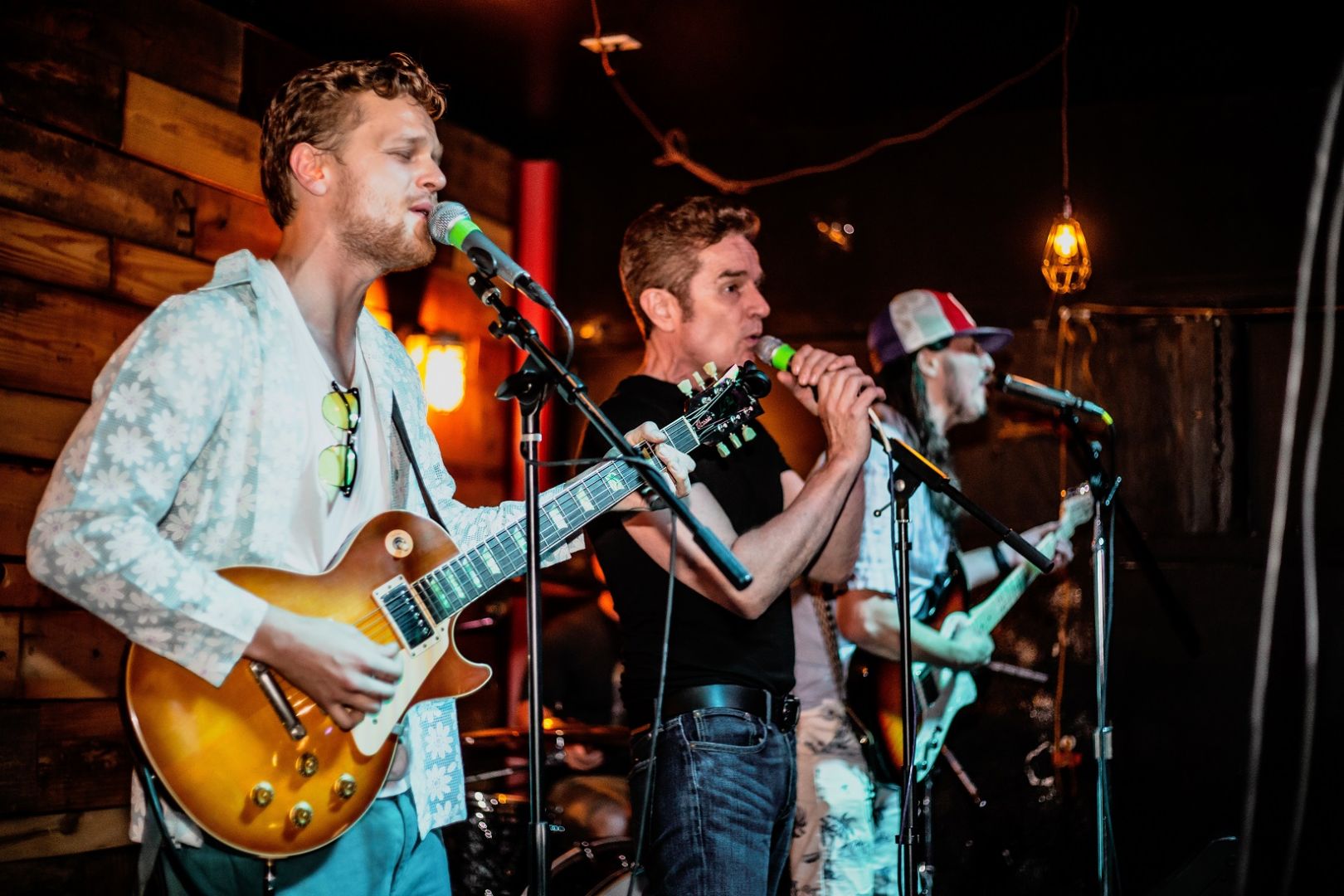 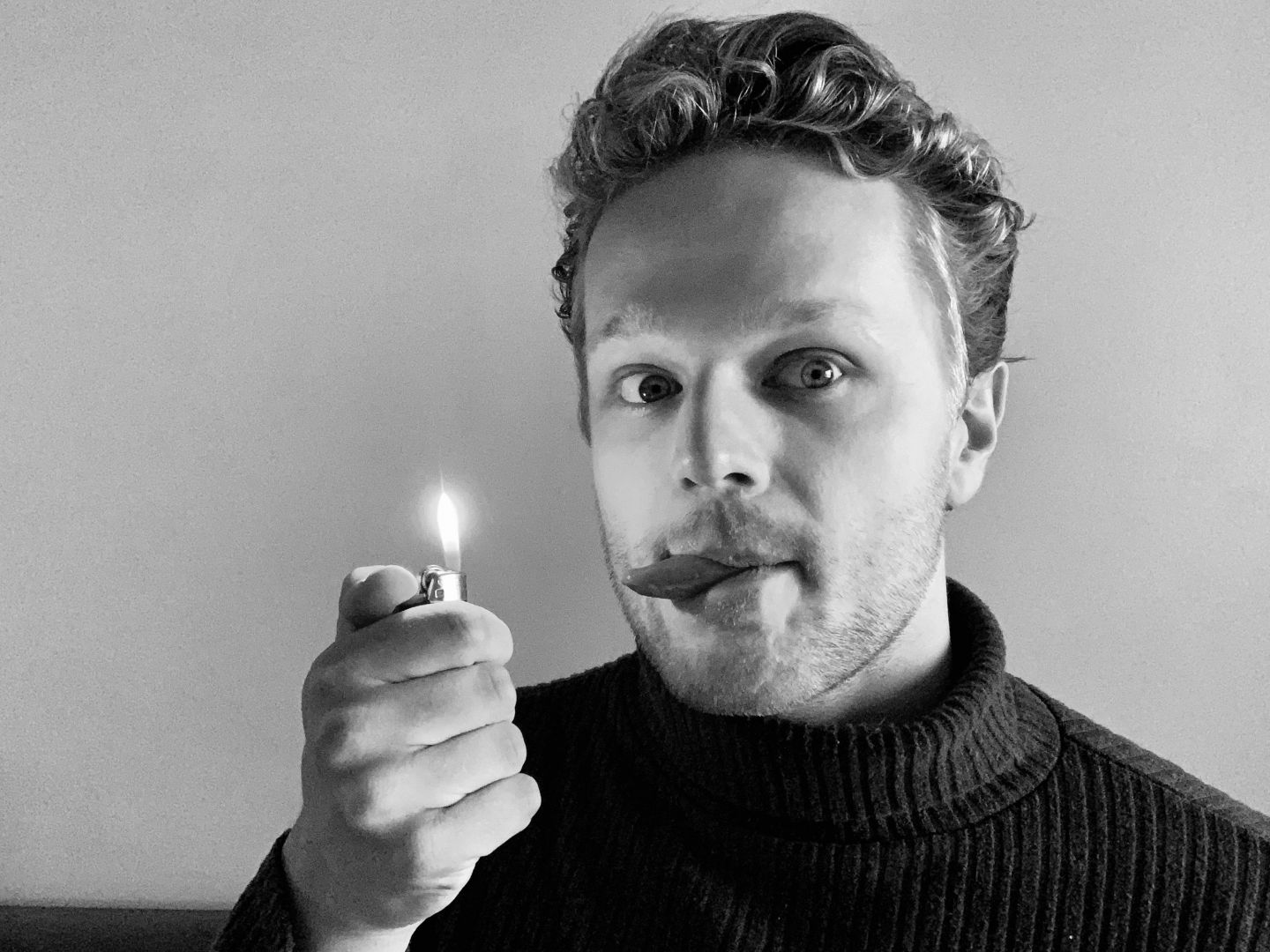 Who else deserves some credit and recognition?
Yes there is! Last summer David from High Plateau Productions reached out to me about hosting an online concert where I keep 100% of the ticket sales. I was skeptical of the goodwill at first, but I took a leap of faith and after two shows and another on the books, I feel confident saying this man I awesome! He helps up and coming artists in so many ways, hosting shows, podcasts and explaining the intricacies of music promotion and distribution. I had no idea people were so hungry for live music, and were willing to buy a $5 ticket! I now make livestreams a regular part of my musical life, resulting in an increased output of songs and higher level of preparation and rehearsal, which also bleeds into my recordings. https://www.highplateauproductions.com/