We had the good fortune of connecting with Susan Lavelle and we’ve shared our conversation below.

Hi Susan, let’s talk legacy – what do you want yours to be?
I want to be remembered as a woman who went after her dreams, win or fail but with no regrets. That dream for me was to be an actress. A mother who loved her children with every being of her soul, grateful for every friend, ran with every opportunity and trusted God with the big picture.

A woman who was sometimes brave, sometimes fearless and sometimes just down right vulnerable.

A great lover of animals so I chose to use my voice and resources to save the
great and the small but realized they saved me too.

This incredible life journey of fantastic adventures and some deep lows has lead me to this, that love is really what it’s all about. And it’s through love, you will find your healing, your forgiveness, your happiness, your everything.

I truly hope to touch people’s lives through the characters I portray as an actress. If I can make you laugh, cry, see a different perspective, make you think, feel, move you… then I’m doing my job. I try to give more….a piece of my own self to every character….

If I could be so worthy as to make a difference as an actress, well that would be a lovely legacy. 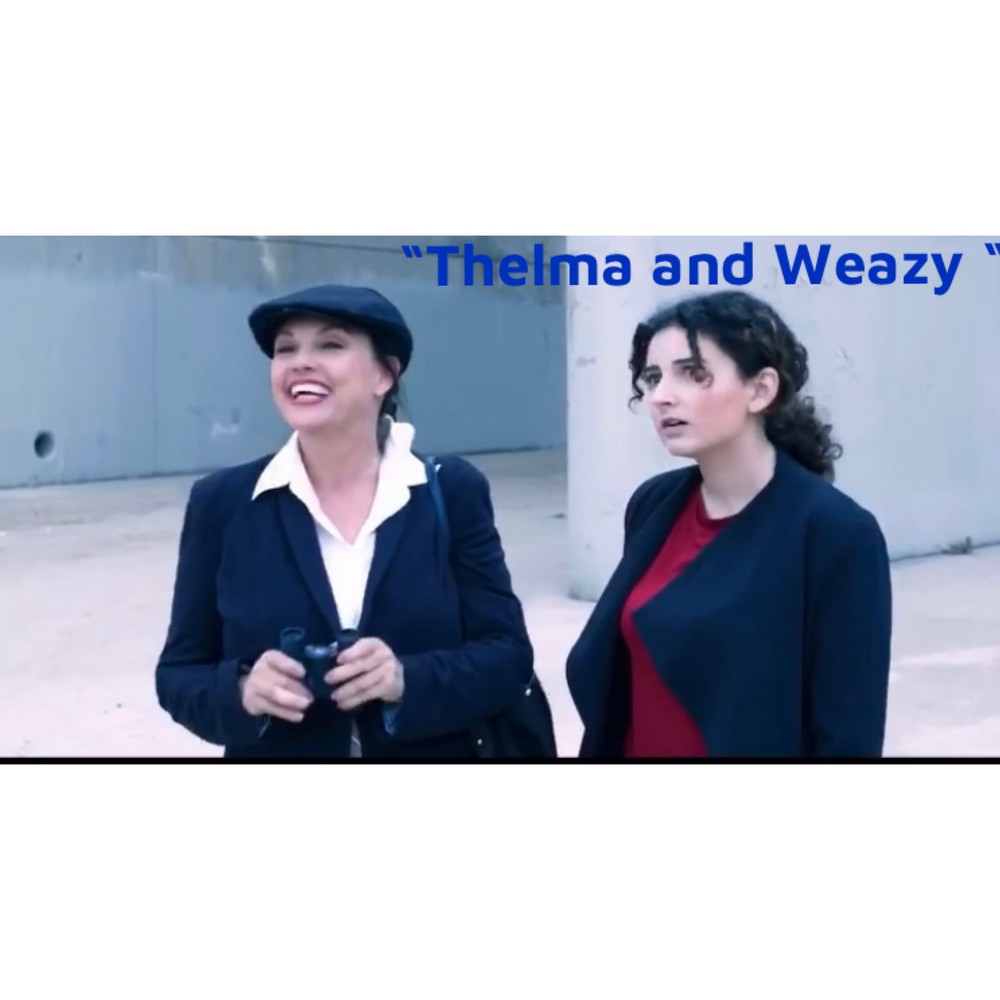 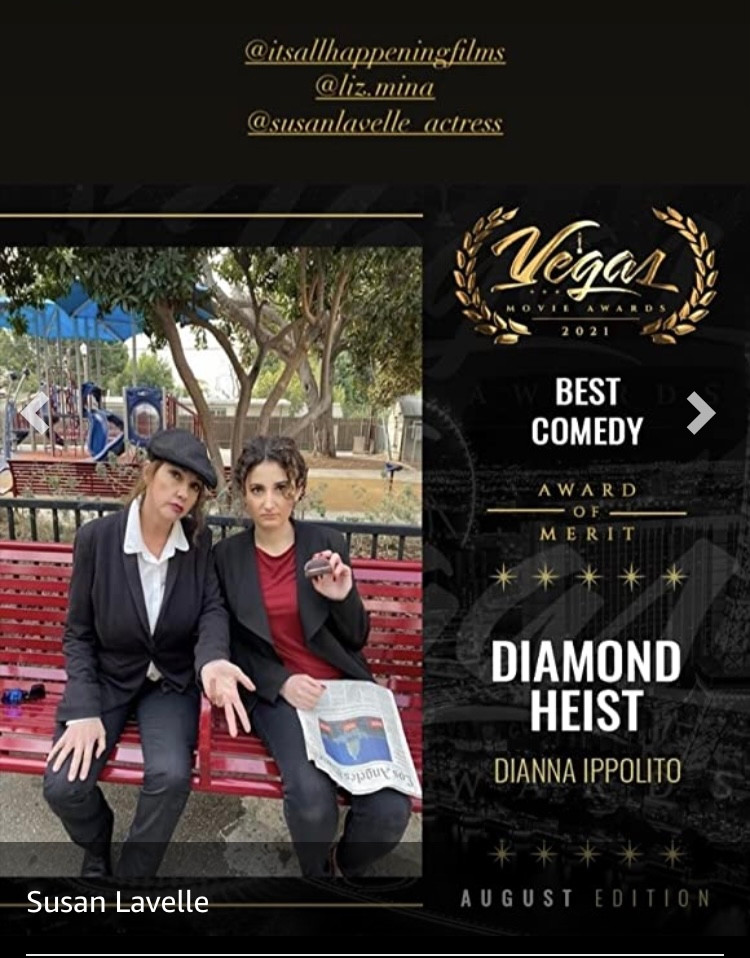 Let’s talk shop? Tell us more about your career, what can you share with ou
community?
I’m very excited about playing my first title role, Adriana, in the film “Dear Mother” with director Andoni Zorbas who also plays my son. The film “Dear Mother” dwells into the path of how far hate and sorrow can drive a mother caused by losing her husband and overcoming her hate and sorrow in order to save herself from self destruction. It’s a role of many colors but it’s also a very human and realistic part.

While we are still filming “Dear Mother”, I will also be filming “Dress for Slaughter “, switching roles dramatically to a character named Eleanor. I have my work cut out for me going back and forth from characters and to different sets! But this makes it all the more challenging and fun! I have truly learned that in this business, good improv skills are your best friend as well as being a flexible easy going yet professional person. And always kind to everyone on the set! People move up the ladder quickly in the movie business and they remember bad manner folks!

I also co-starred in a 3 part short film comedy series, “Diamond Heist”. “Thelma and Weazy” ( the sequel) and “A Simple Plan” ( the prequel) with director Dianna Ippolito.

I also was in the documentary film “ Veteran “ directed by Dianna Ippolito, speaking about my own father’s PTSD after the Vietnam War. The film also recognizes and addresses the issues of our “forgotten soldiers”

In July, I filmed the part of Helen in the upcoming movie, “The Birthmark Killer”.
And earlier in the year, I was featured in the western film, “No Name and Mr. Davenport”.

The journey of an actor is never an easy one.

Timing is everything along with preparation and being ready for the opportunity.
Passion lives inside me. I decided what success was to me in my eyes, not in other people’s. I also had to take a few detours as I didn’t just have one dream, I found a few dreams on the way to my main dream.

I overcame challenges by being in a great acting class. Surrounding myself with positive people in my same art and my dearest friends. Staying far away from toxic people and hanging up on anyone who doubted me and my abilities.
I gave myself no time frame and no time limits., no age limits. Actually it has no particular rules to success.

I held my faith close to me , talked to God a lot and hugged my animals.
Hugged my kids. Grasped onto nature…kept living life and learned to not take things so personally. Rejection in acting will teach you that. Kept auditioning, working on my craft…

Somehow through this, you gain more compassion and empathy and then out of no where boom! You get the job! And you’re reminded all over again why you love being an actor! 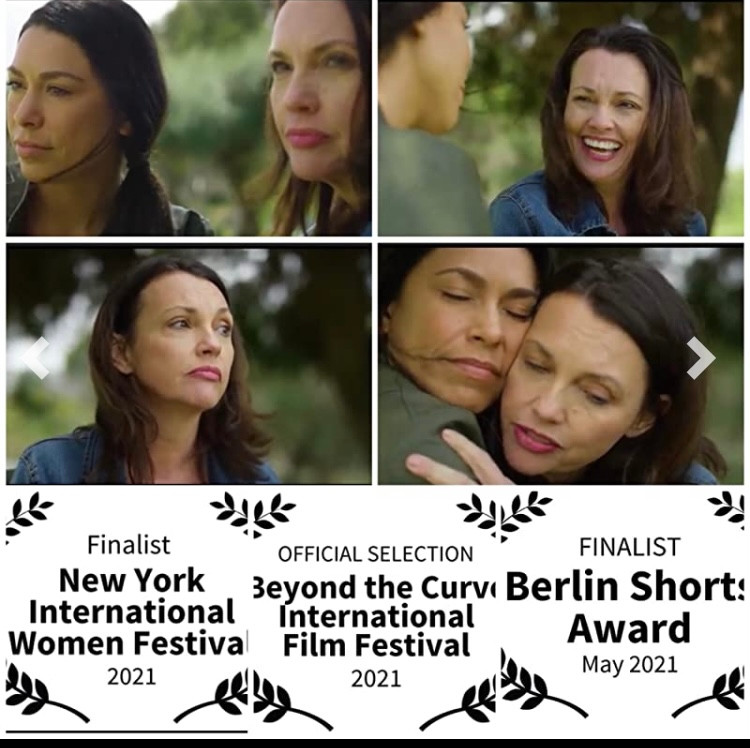 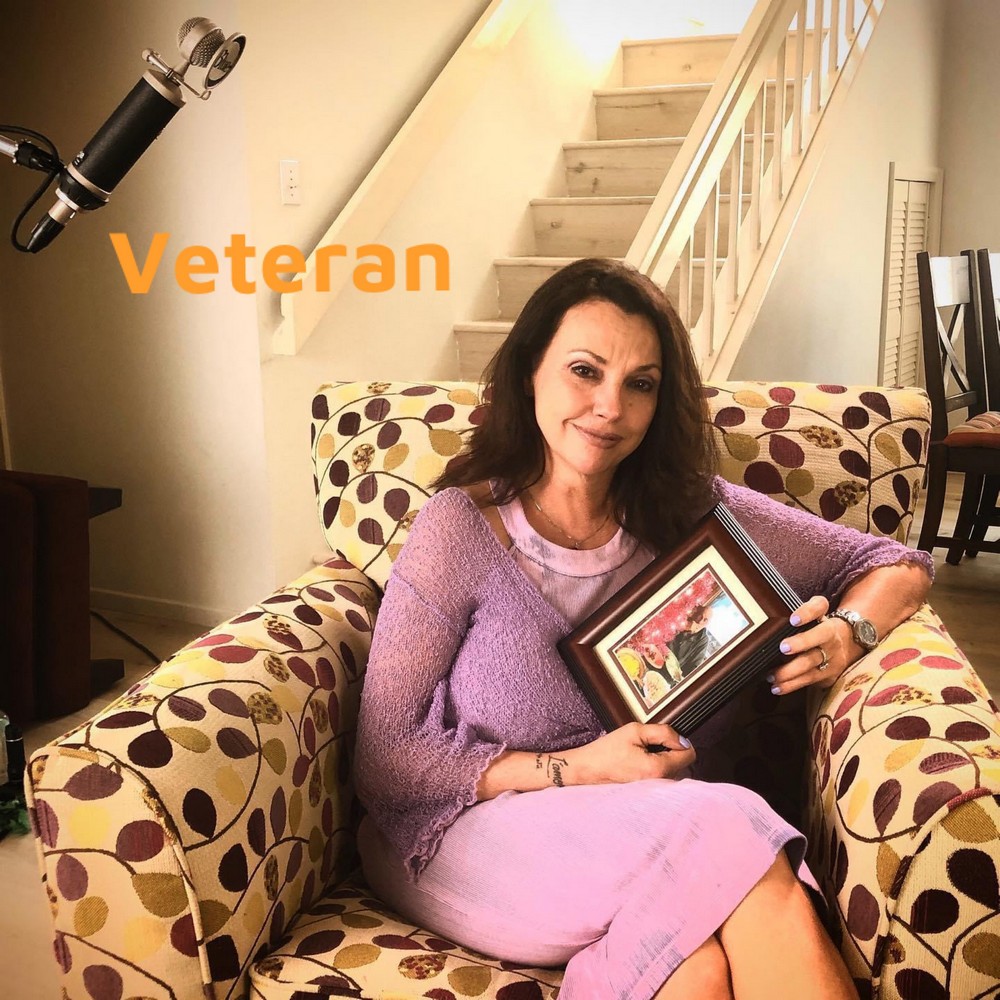 Let’s say your best friend was visiting the area and you wanted to show them the best time ever. Where would you take them? Give us a little itinerary – say it was a week long trip, where would you eat, drink, visit, hang out, etc.
I lived in Malibu for 8 years and I would definitely take them there first! First restaurant would be Geoffrey’s, my favorite! The ambiance outside and view of the ocean is so romantic and beautiful! The food is excellent! Another night would be the Nobu restaurant! And then I would take them to my friend, Steve Wood’s house in Malibu lol, I just volunteered him for a get together. It would be so fun!

Another day. I would take my friends to the Hollywood walk of fame! I still love going there to see the stars! It’s just so Hollywood, you must see it! 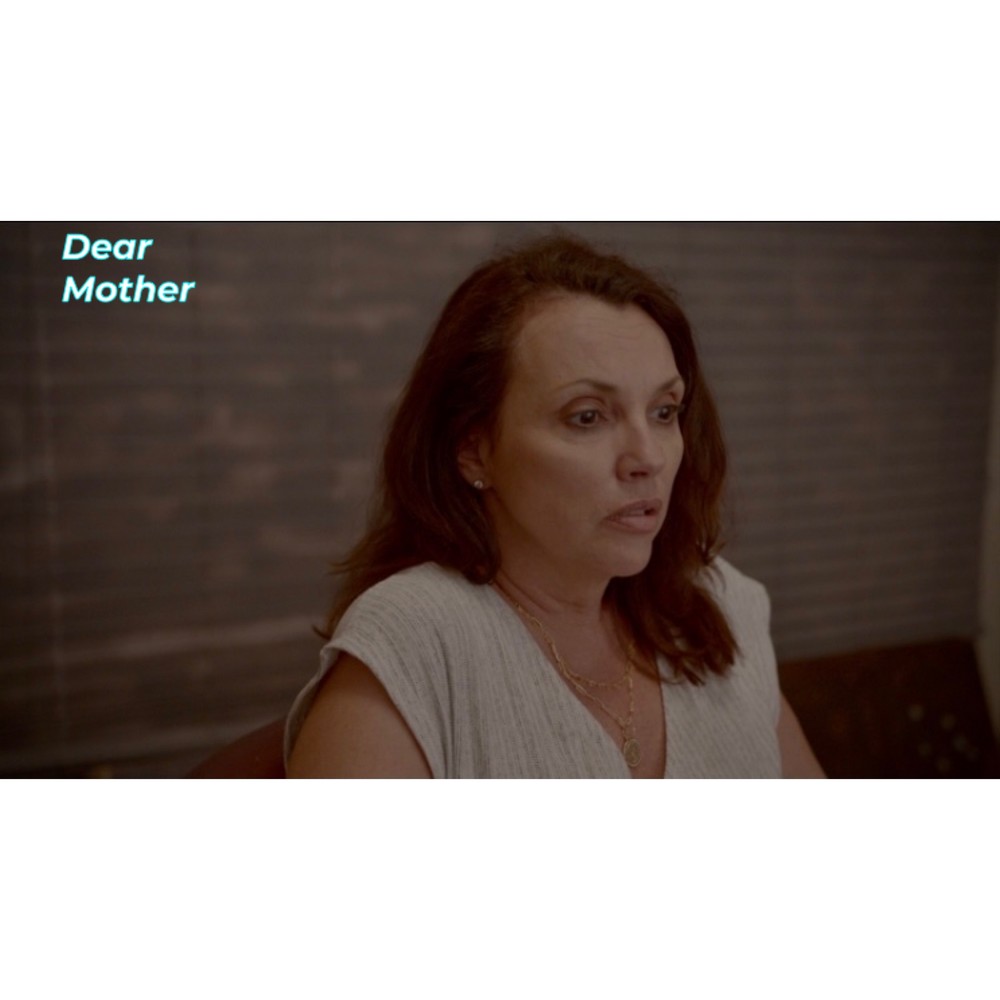 The Shoutout series is all about recognizing that our success and where we are in life is at least somewhat thanks to the efforts, support, mentorship, love and encouragement of others. So is there someone that you want to dedicate your shoutout to?
My journey has definitely not been alone! I took a long time off from acting due to personal issues and I just didn’t see how I could come back. My actress friend Jennifer Collins just looked at me one day and said “ Why aren’t you acting anymore? I will get you back acting!” And that she did! Sometimes it just takes that one person believing in you when you can’t believe in yourself! I really dedicate this to Jennifer Collins the most! I started working almost immediately this past year 2020 even during COVID.

Through Jennifer, I met Director Dianna Ippolito and she cast me in two of her amazing short films, the comedy Diamond Heist and the drama, Lost but Found. Both films became hits winning at many film festivals and Diamond Heist brought me a Best Supporting Actress win at the Mercurio Film Festival.

Thanks to Dianna, my acting career was jump started again. I have since filmed 2 more short films and a documentary with her. Two of the films I helped produce. So now I am a Producer too! This has all led to roles in 4 feature films.

This is women empowering women and I am so grateful to both of them for believing in me!

The other great influence who taught me almost everything I know about acting and life was the late great acting teacher and mentor Janet Alhanti. I studied with Janet and her daughter Iris Klein, for years. Her classes were not just about acting, they became about living your life. Acting is about life!

My dear friend, Tina Curry for always being there, David Tweet, Gerry and Melanie Casman, Ricco Ayala, my publicist, Sherry Lee at GTK PR Talent Agency and my late Dad, for always catching me before I hit the ground. Too many others to name but I thank everyone!

My animals and my 4 kids, Haley, Sawyer, Scarlett and my son, Hunter… my inspirations forever! 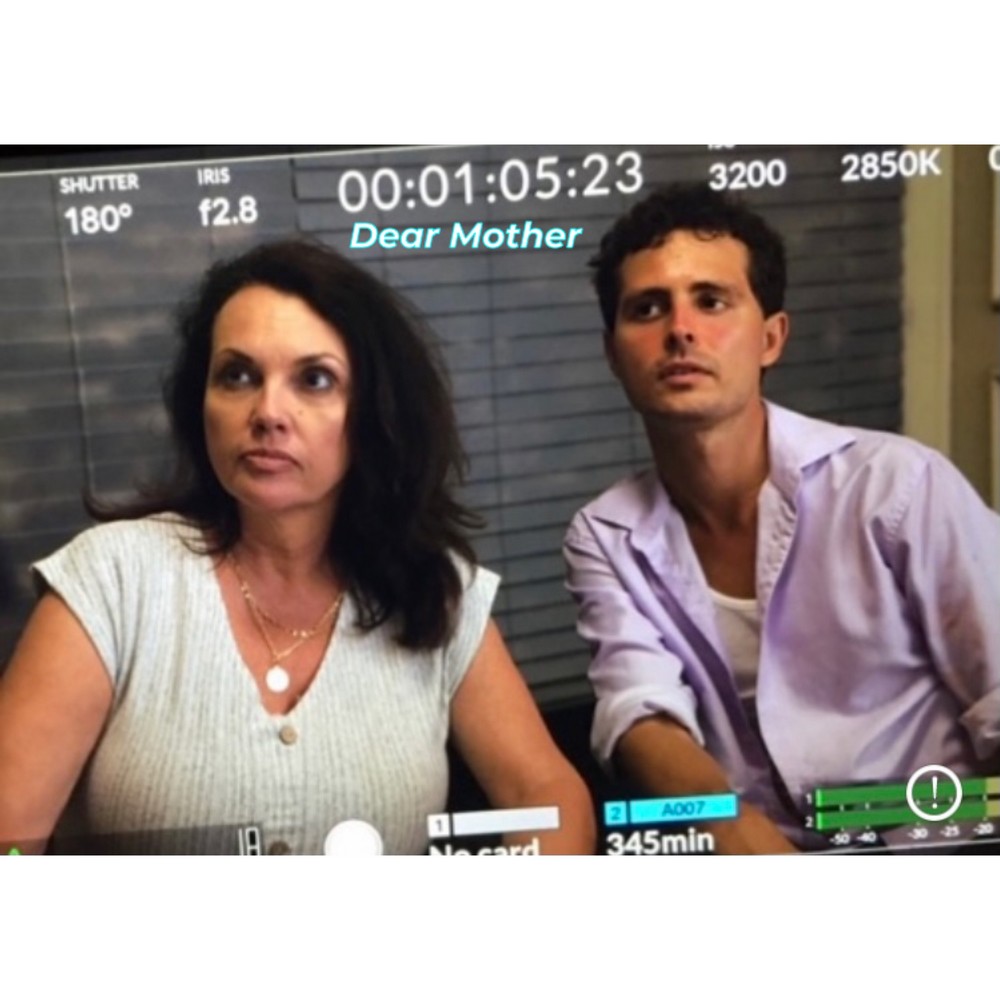 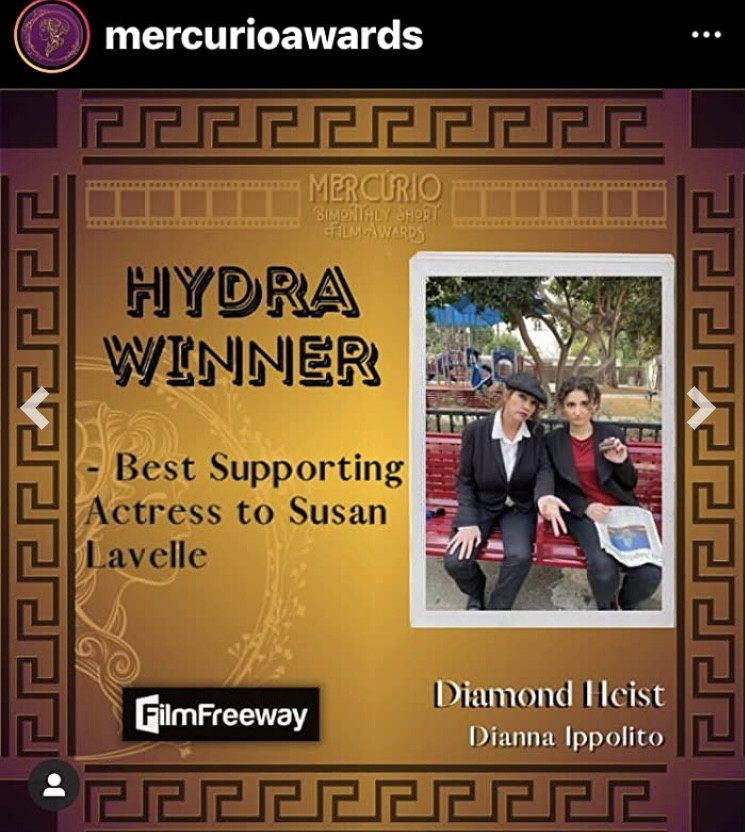