We had the good fortune of connecting with Susanna Brisk Sexual Intuitive® and we’ve shared our conversation below.

Hi Susanna Brisk, we’d love to hear about how you approach risk and risk-taking
I started out young as a stand-up comic and also acted for many years, so you could say I’m familiar with risk. When I pivoted from the entertainment business to being a Sexual Intuitive® it was a pretty big risk because the term didn’t even exist yet, so yes, risk much and risk often!

I teach intuition, which is all about calculated risk. Intuition can be defined as tapping into an unconscious conclusion you draw, which includes what you’ve learned from your senses. So, it is calculated, because you’re not acting on a whim, but on a somatic deduction after some very quick *energetic* observation. There is no reason to think that if any, all or most of your five senses were or are impaired that you would not be able to access it. Intuition, like most things that are felt but not seen (thoughts, feelings, chemistry, humor) live in the energy world, so they can be felt energetically. Some people feel tapping into that kind of power is a risk, but I can highly recommend it.

The idea of being a coach and healer who helps people tune into their intuitive sexuality came down really strongly, so ignoring it would have been risky for my mental health, as not acting on your dreams would be for yours. I had also been writing about sex for about five years at the time and I just wasn’t willing to climb back into the (metaphorical) closet, so the only way was forwards. Some of the most fulfilling work I’ve done is to help people transition out of long relationships peacefully, and taking that risk is terrifying; I know because I’ve done it. Showing up as the very person I wish I’d had is great motivation to hold space for someone’s transition until they can do it for themselves.

Ideally, you can create a stable, safe internal foundation that is more conducive to being able to take delicious risks, especially in the bedroom. For example people think if they want some form of danger, hedonism, or excitement in their relationship that it’s unhealthy. I’m all about bringing in the perversion and creating that danger in a structured way sexually (with power dynamics, for example) to balance out whatever else is going on in life. That’s another calculated risk, the alchemy of pain as pleasure.

It doesn’t matter if it’s someone who hasn’t had sex in 10 or 15 years (who I see quite a bit in my work) or a relationship that has become sexless, or nearly so, over time, when people stop taking positive risks to get their needs met, they stagnate. That’s where I come in… 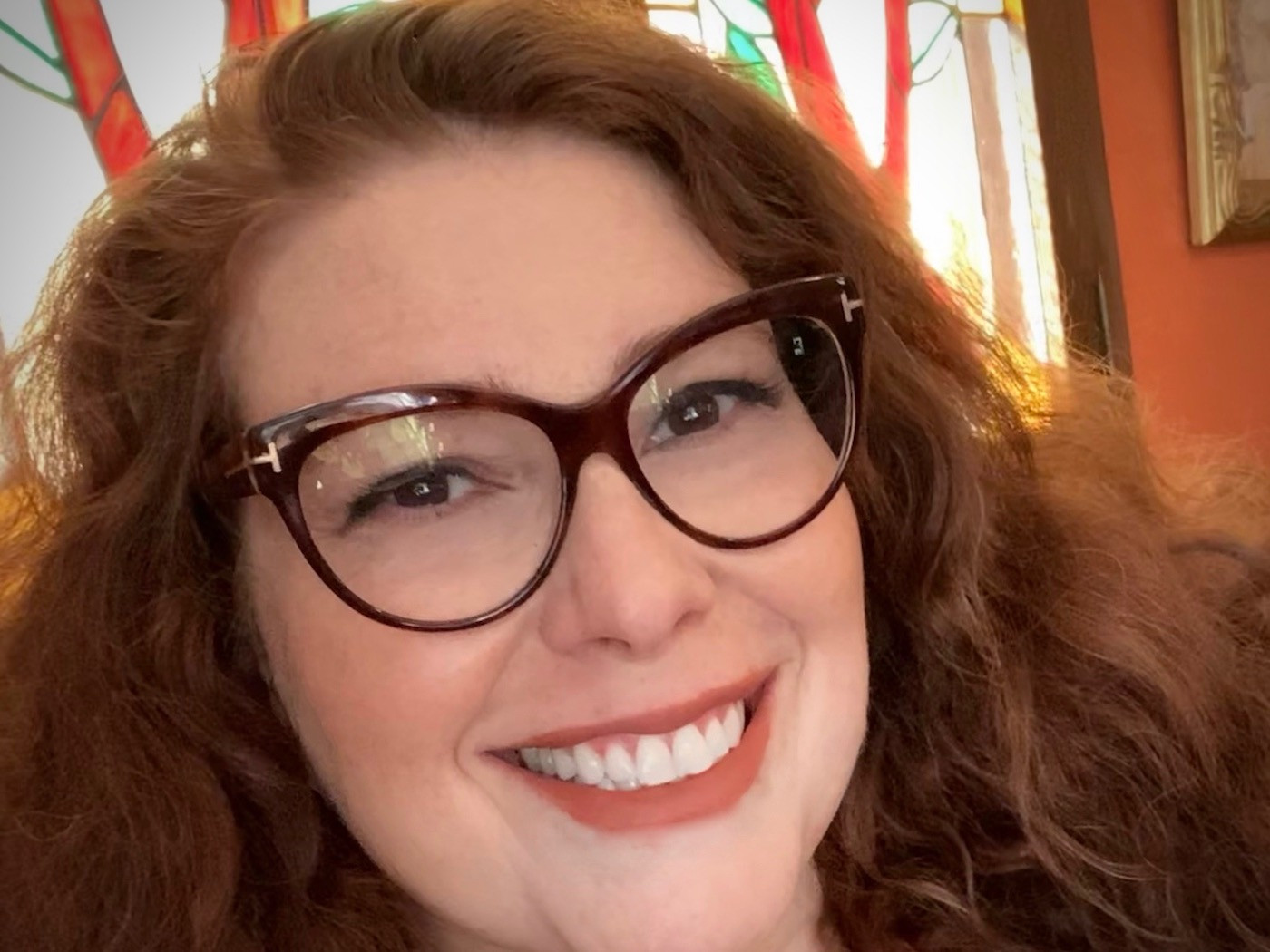 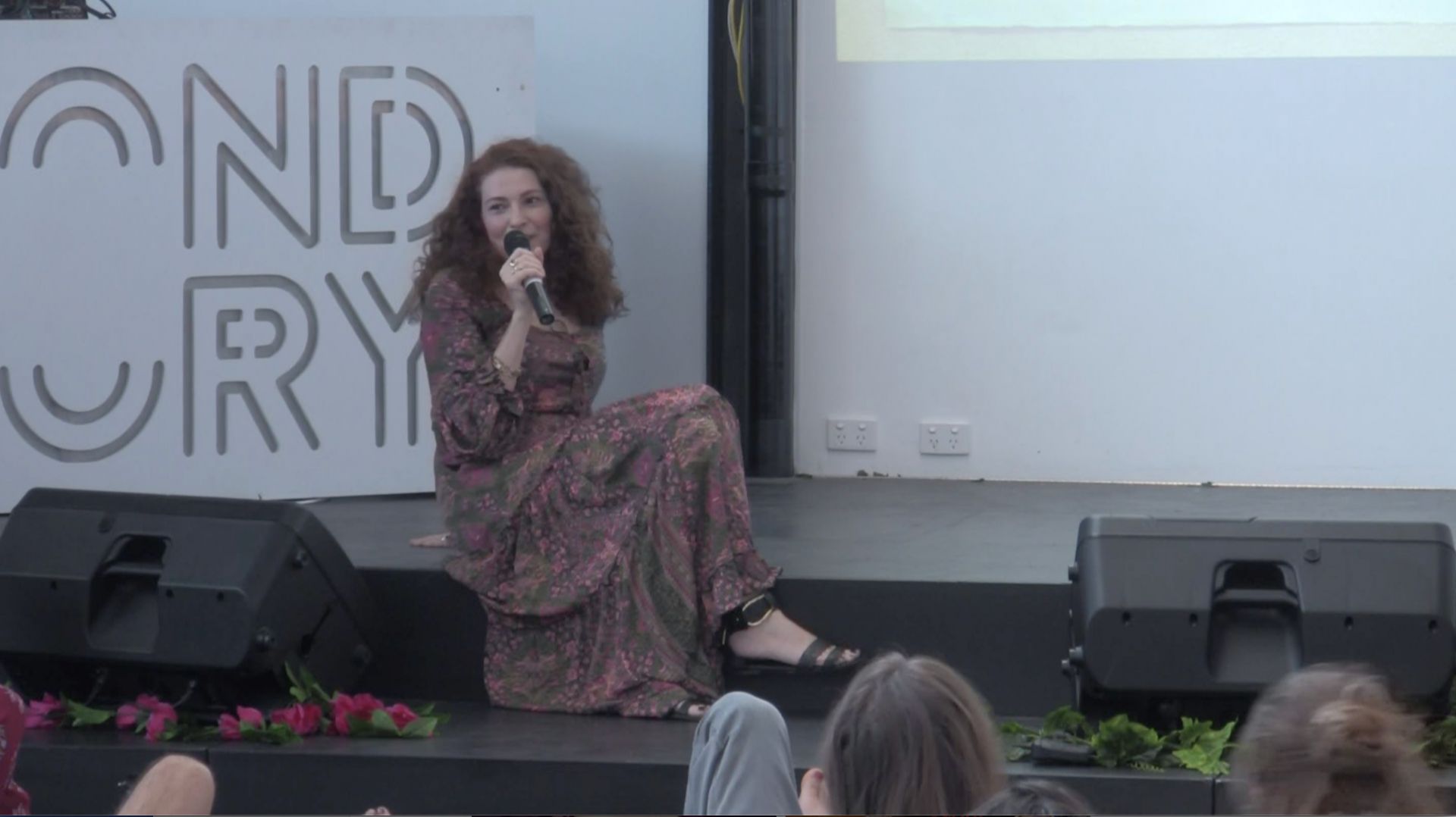 Alright, so let’s move onto what keeps you busy professionally?
(TW: suicide attempt.) I would say that the work I’m most proud of was with an incredible woman who hadn’t had an orgasm in two-and-a-half-years since a stroke brought on by a suicide attempt. She had to relearn to walk, talk, and read, but even after extensive physical and pelvic therapy, was still not able to orgasm (she had before). Imagine surviving, but losing that? After seven weeks working with her, just gently helping her shift and connect her own energy, she sent me an email, “I had one!” Has been, ever since, like a champ. I mean, whose job is better than that?

So, there’s that side of what I do, the goosebumpy side and then there is the entrepreneur side, which I also try to do intuitively. I won’t do anything that makes me cringe, for example. And I strive to run the business side with absolute integrity, just wanting people to feel seen and heard and served. I put my whole heart into that.

I’ve also helped a lot of people get laid, by the way, speaking of things that excite me. I wrote a book called “How to Get Laid Using Your Intuition” after a Reddit AMA and then also helped a lot of couples who hadn’t gotten it together in a long time. A few have threatened to name babies after me.

If you looked at the growth of my Sexual Intuitive vocation it would probably look a little like the fibonacci pattern (cryptosex!) which is only chaotic if you don’t know what you’re looking at. So, with no MBA but a lifetime of experience, because of the marvelous age we live in, I’m able to build my brand completely intuitively, allowing it all (including rest) to co-exist.

If you had a friend visiting you, what are some of the local spots you’d want to take them around to?
Breakfast: Salmon Eggs Benedict at Leo & Lily on Ventura Blvd, in Woodland Hills. Or if you’re on the eastside, Kitchen Mouse for the Poblano mashed potato tacos.

Lunch: Central Market in Downtown LA at the German hotdog place, or the classic macrobiotic M Café on Melrose.

Dinner: Mozza on LaBrea, Maestro’s in Malibu, Wolvesmouth (secret location, just don’t ask me, I can’t help) Sushi Roku, and Inn of the Seventh Ray in Topanga for any reason whatsoever. 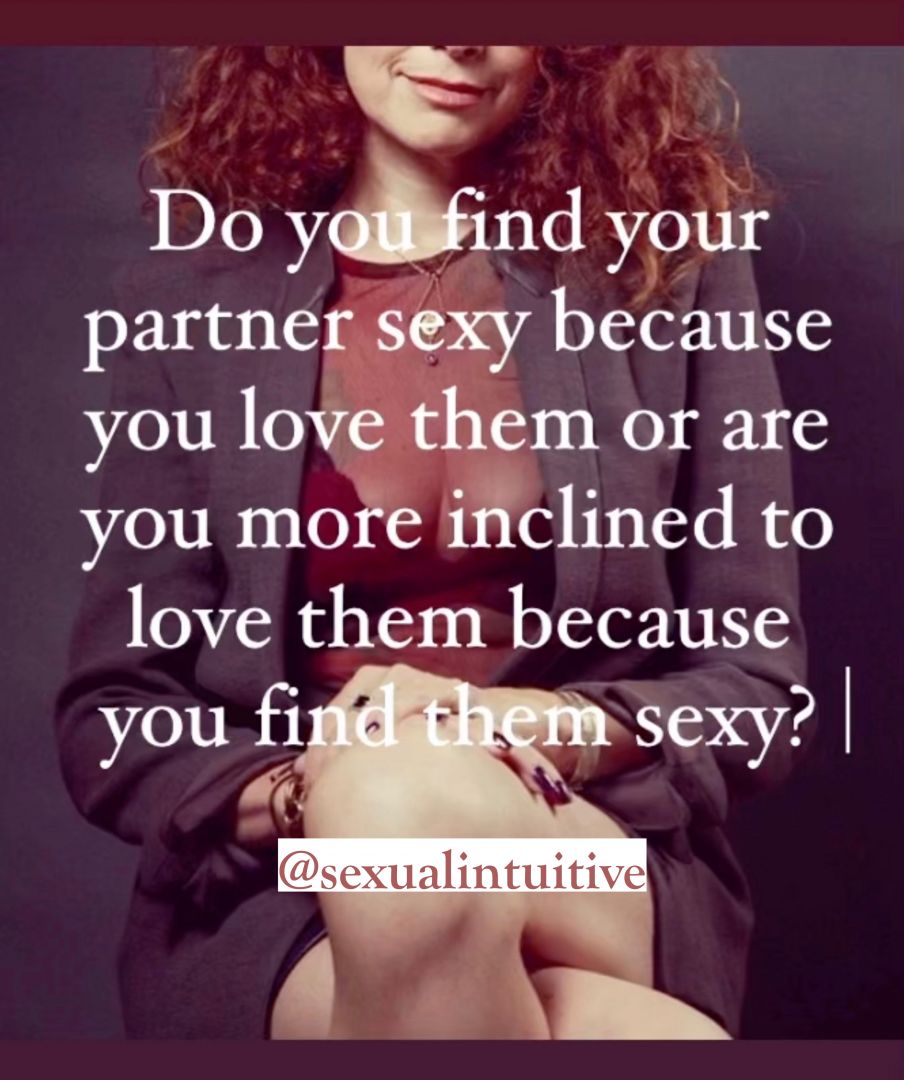 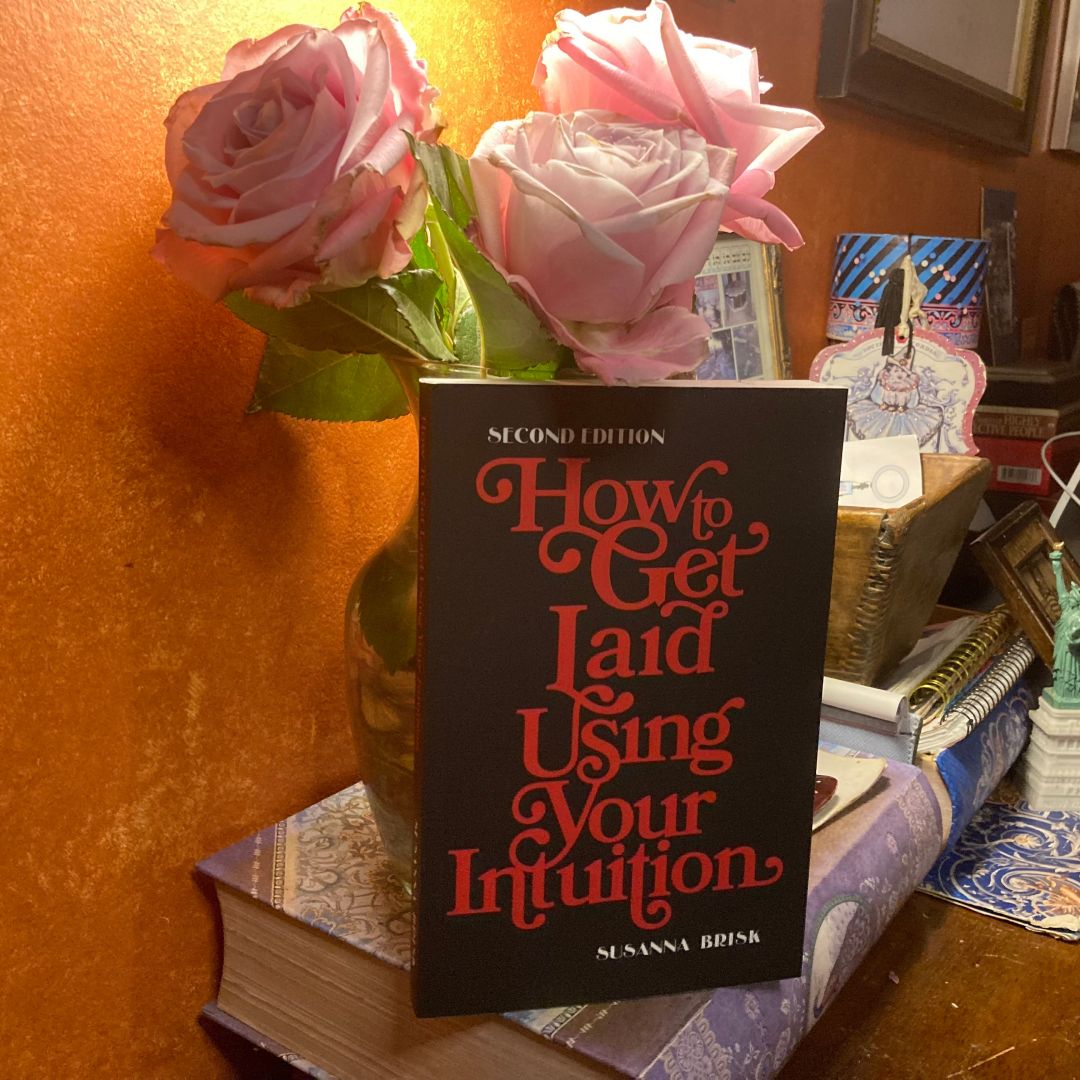 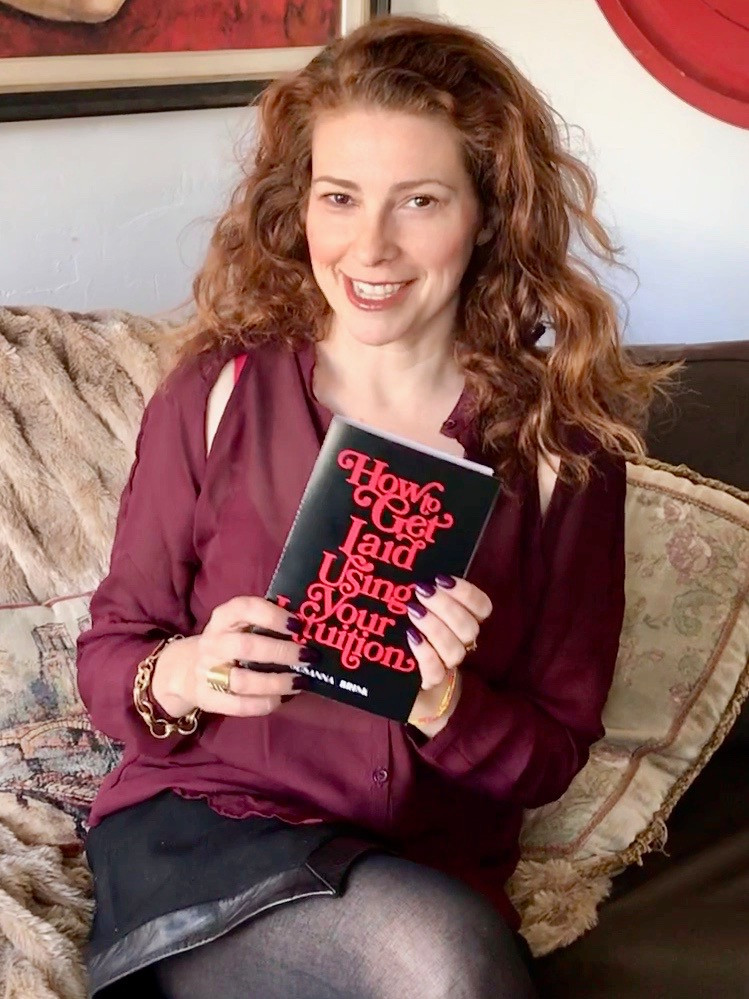 Who else deserves some credit and recognition?
My partner is really my most supportive person, he gets what I do and has a really sophisticated grasp of human nature. The wisdom I gain in this relationship is a gift and my partner knows that just because I’m with him, doesn’t mean I’m straight. I know the idea is to shout someone out, but he prefers some privacy, so this is me giving him a somewhat anonymous shootout.

Image Credits
All photos are selfies or unknown credits, other than seated meme which uses an image of Susanna Brisk from the inimitable Nick Holmes @narcissusholmes.