We had the good fortune of connecting with Tamera Hill and we’ve shared our conversation below.

Hi Tamera, we’d love to hear more about how you thought about starting your own business?

Starting my own business is what I was taught to do by my parents. My father owned his own janitorial service and my mother owned a clothing store. They both taught me very early the importance of owning my own business. That is rare in black families, especially mine, because both of my parents came from very modest backgrounds. What gave them the fortitude to start their own businesses? My parents wanted better for themselves and for their children. My mother often spoke about breaking generational curses and vowed it would start with our family. I am passing the same legacy to my children. They both are teenagers and own their own businesses. I didn’t mean to get so far off the subject, but that is the core of my “why” and why business ownership is important to me.

Arriving at this point took time for me. I started as a VP for a gospel record label straight out of college. It was a great pathway into the film industry because they are similar business wise in a lot of ways. I was able to achieve much success there. Our artist was in the top 20 for best single. Upon my departure, I started my own marketing firm and I focused on writing a book and that book was adapted to a stage play. I had no experience in theatre, just faith in myself and a great team of people surrounding me. The play was very successful and turned into several more plays that toured the western region, and some cities in the east coast as well.

I tried different things until I found my passion. I knew theatre and film production was exactly what I was born to do.  I started my company Predestined Entertainment DBA Tamera Hill Productions in 2006.  I fell in love with writing at a young age and dreamed of someday telling those stories in a book. That’s how it all started.  Creative writing for fun, a book, then a play. The natural progression was to eventually produce films. That was my goal from the inception of my company. My love for the arts grew and evolved over time into writing, producing and directing films in 2014. My first screenplay, Never Heard, an adaptation of the play “I Never Heard My Father Speak,” was released in 800 theaters domestically by Fathom Events, and released on Netflix, showing for three years and BET network. It is a wonderful story about a black father who restores a relationship with his son. I love writing about life experiences and how they change us.

While I was on the set of Never Heard, I became absolutely sure that I wanted to direct and produce films. My first film was a short film called Solo, which won an award with LA Independent Films. I wrote, produced, and directed my first feature film called The Matchmaker (Holiday Rom Com) which will be released this fall. It is the first play I wrote in 2006 and now it has been adapted into a feature film. The film stars Shirley Murdock (R&B Great), Dawn Halfkenny (Saints & Sinners, BET Family Business), Trae Ireland (For the Love of Christmas), Comedian Lester Barrie (BET Comedy Host) and comedian Daphnique Springs. The film is about a mother who plays The Matchmaker to her son and his ex-girlfriend by inviting them both to her birthday party, but her son brings his new girlfriend home and you can only imagine what happens next. If you want to laugh, and enjoy a light, fun, family film, this is the film to watch.
Our team is excited for its release. Although small beginnings, this is the start of something great, and we are looking forward to producing many more films. 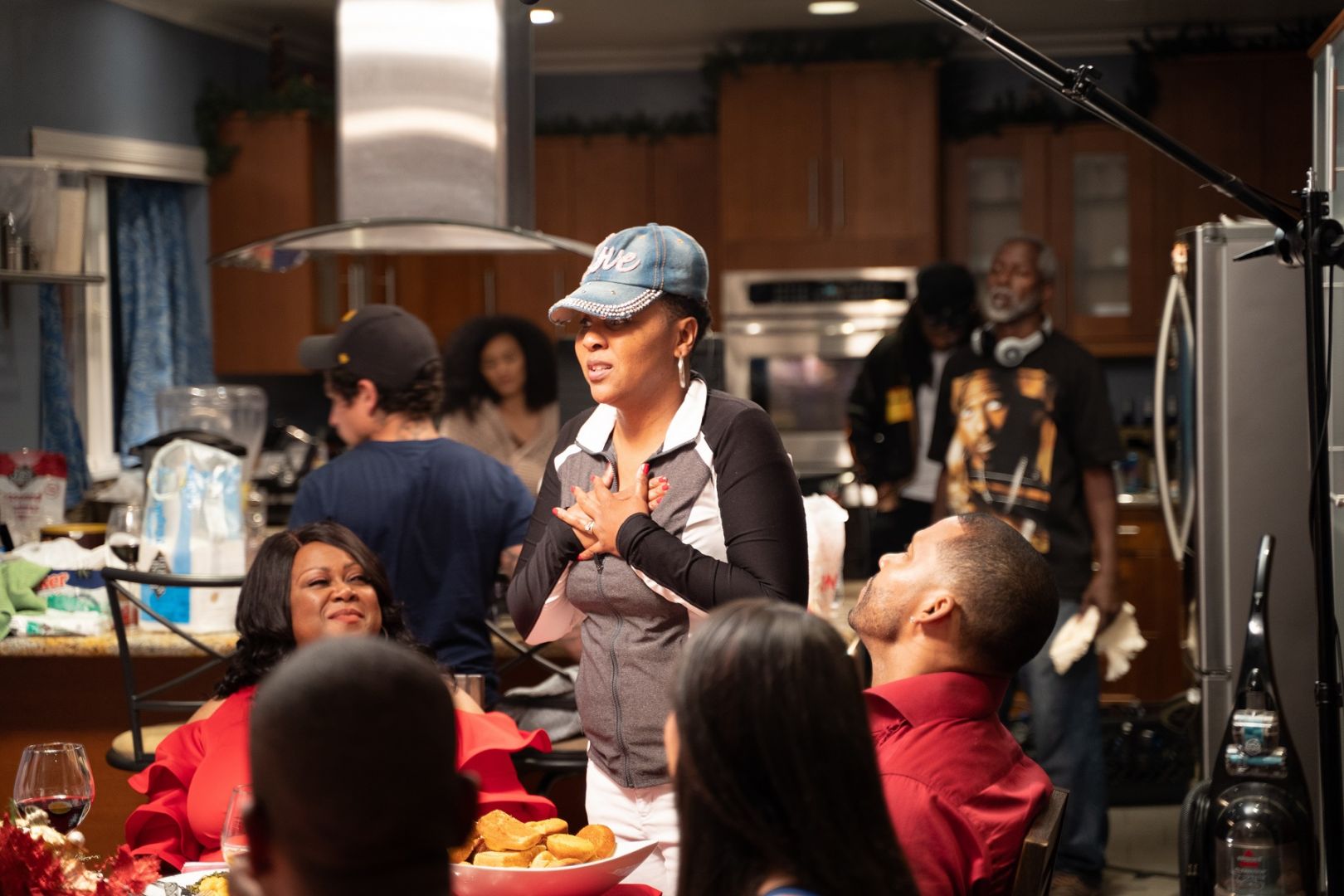 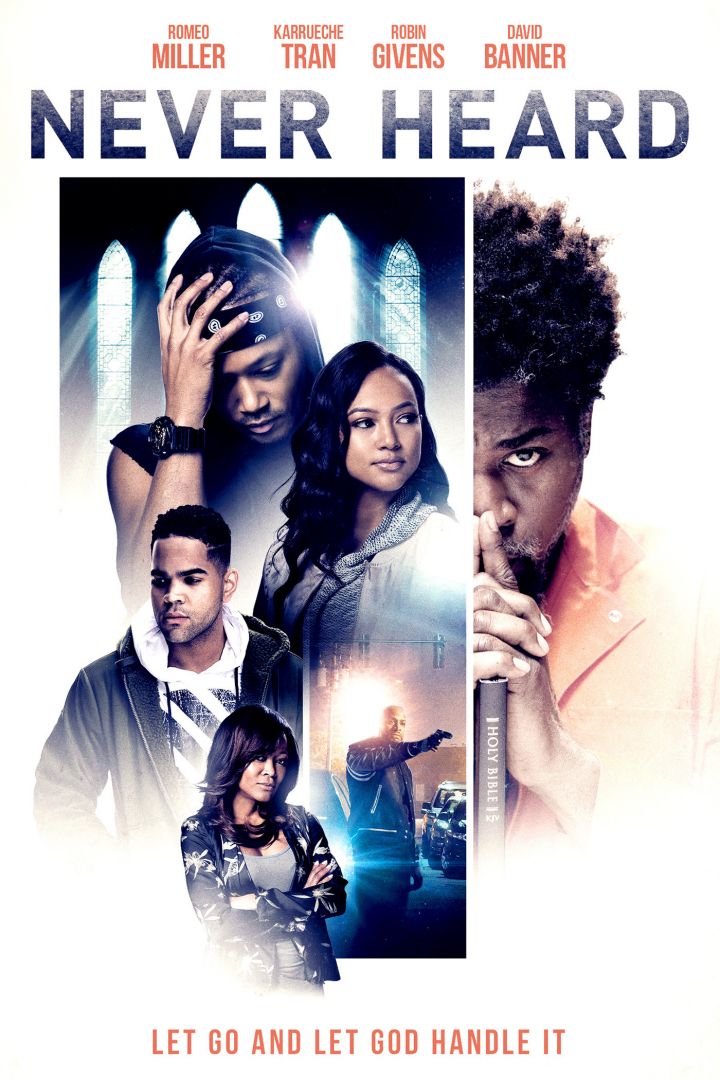 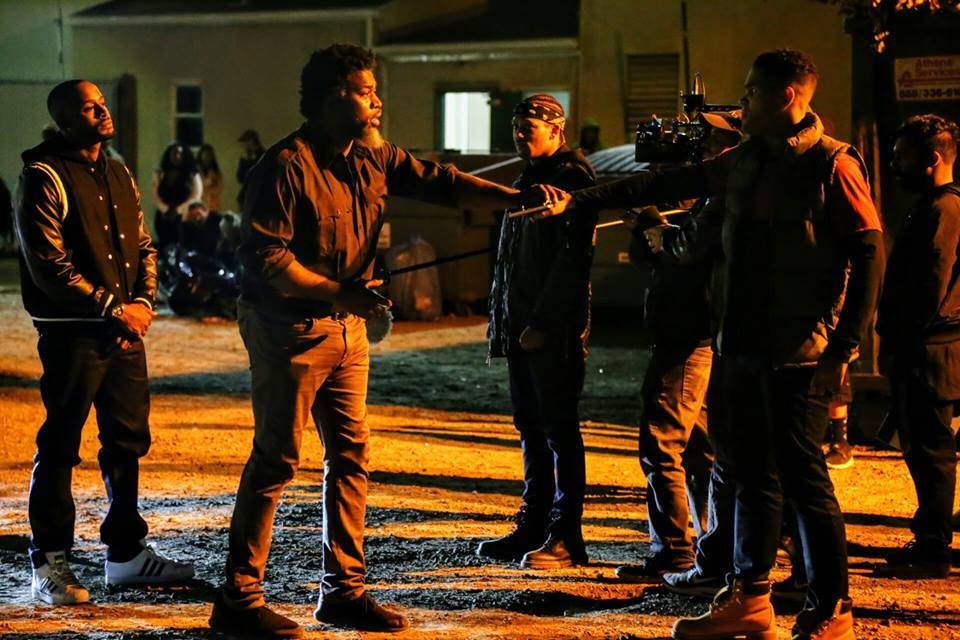 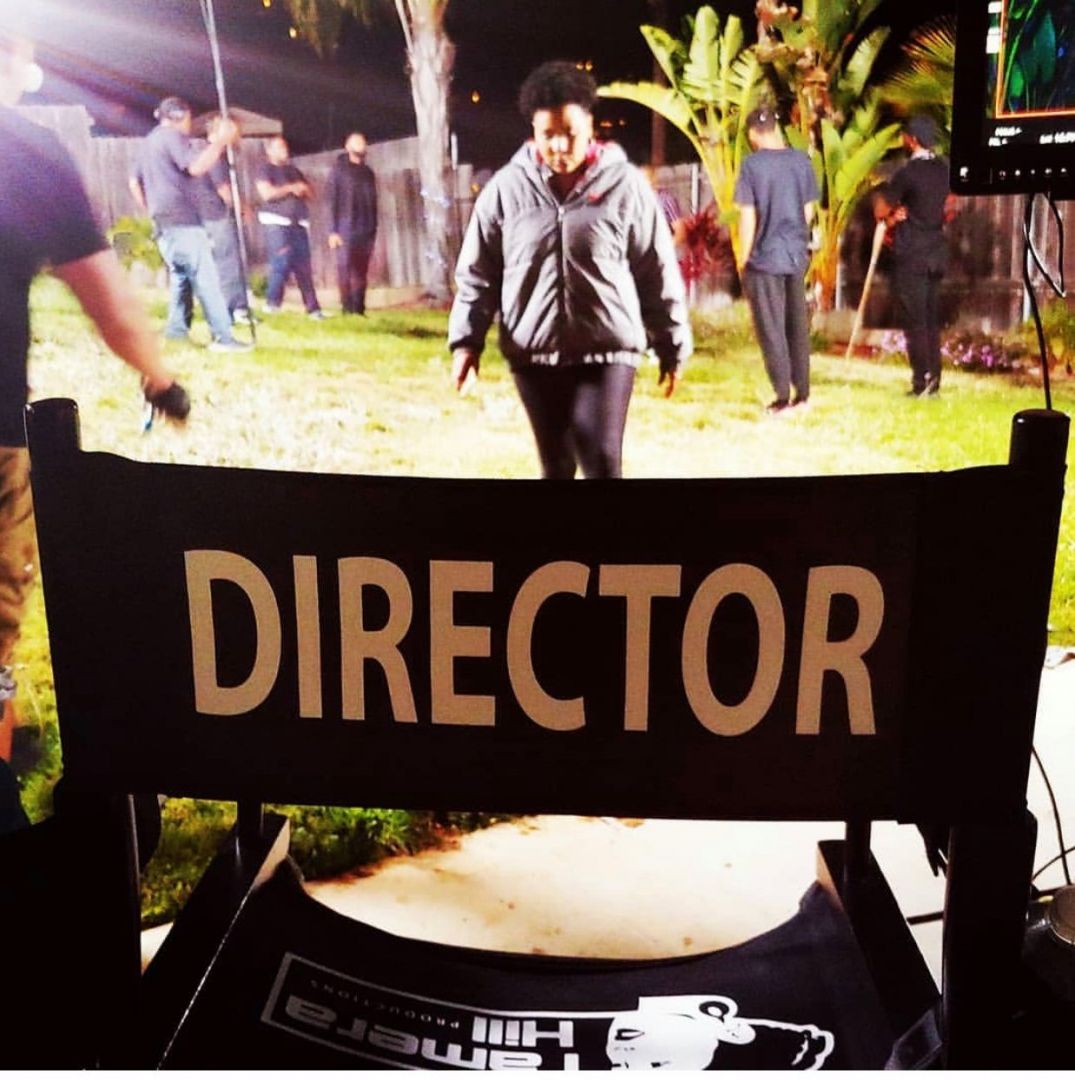 I love writing. Stories are constantly swirling in my head. They have since I was a child. I have never suffered from writer’s block. I’ve written several scripts I haven’t filmed yet, and ten more stories are waiting for me to bring them to fruition. It’s just who I am. I always tell the story of how my mother was very strict and didn’t allow me to watch television, so I read and wrote a lot. I didn’t like it then, but today, I thank my mother for helping me be the person I am today.

Why write and produce plays first? I remember going to a play back in 2006 and I really enjoyed it. It was my first real play I’d been to besides small church plays. I was so enamored with the production, I went home and adapted a book I was writing into a play. I knew nothing about plays. I’ve always been the one up for a good challenge and I didn’t know any better. I believed in myself and that was enough.  I went and bought some books, hired some actors, hired musicians, rented out a theater, hired singers and wrote songs. Six months later we were sold out at the Lyceum theater and San Diego, CA.

Play after play I found myself writing more and more about social issues that plagued our communities. My first play tackled racism, my second, HIV/AIDS in the African American community, my third was about fatherless homes. This play was called, “I Never Heard My Father Speak.” This one got the attention of a Los Angeles producer and it went to the big screen nationwide, and then to Netflix. The emails that I received confirmed what I already knew in my heart, that films are a powerful tool for change and education.

The road has definitely not been easy for me. A lot of trial and error, and I still make mistakes. Do I learn from them and grow? Yes! And I wouldn’t change a thing. Easy come, easy go they say, but if you work hard and build from the ground up, you’ll respect your craft more. I’m so looking forward to sharing more of my work. We have a film called EVOLVE set to release in February of 2022 during black history month. This work I am most proud of because it will answer some questions that have never been answered in this way. My work will always implicate family and inspirational stories that make us stronger and that is what I want to be known for in the film industry.

If you had a friend visiting you, what are some of the local spots you’d want to take them around to?
I’m a homebody and I don’t get too many visitors and I travel back east when it’s time to see family, but I am really looking forward to getting out and enjoying concerts and theater again. Let’s see…. we would definitely go to the theater and see a play, concert or go to a comedy club. Laugh and have drinks. Dinner in Malibu at Broad Street Oyster Company. I love going to the beach, Malibu, and Huntington Beach are my two favorite LA beaches. We can’t forget shopping. I will shop until I drop. I shop anywhere… The garment district to Rodeo Drive. It doesn’t matter. I just love shopping. The walk of fame and a few other historical places is a must for visitors. For some reason when people visit LA they always want to go to Roscoe’s Chicken and Waffles. I wonder why? Great soul food! I’m also in San Diego a lot as well and my favorite place is Coronado beach. I love going to C-Level for dinner by the water, an occasional play at The Globe or La Jolla Playhouse. San Diego is a quiet place for my family and I to unwind. 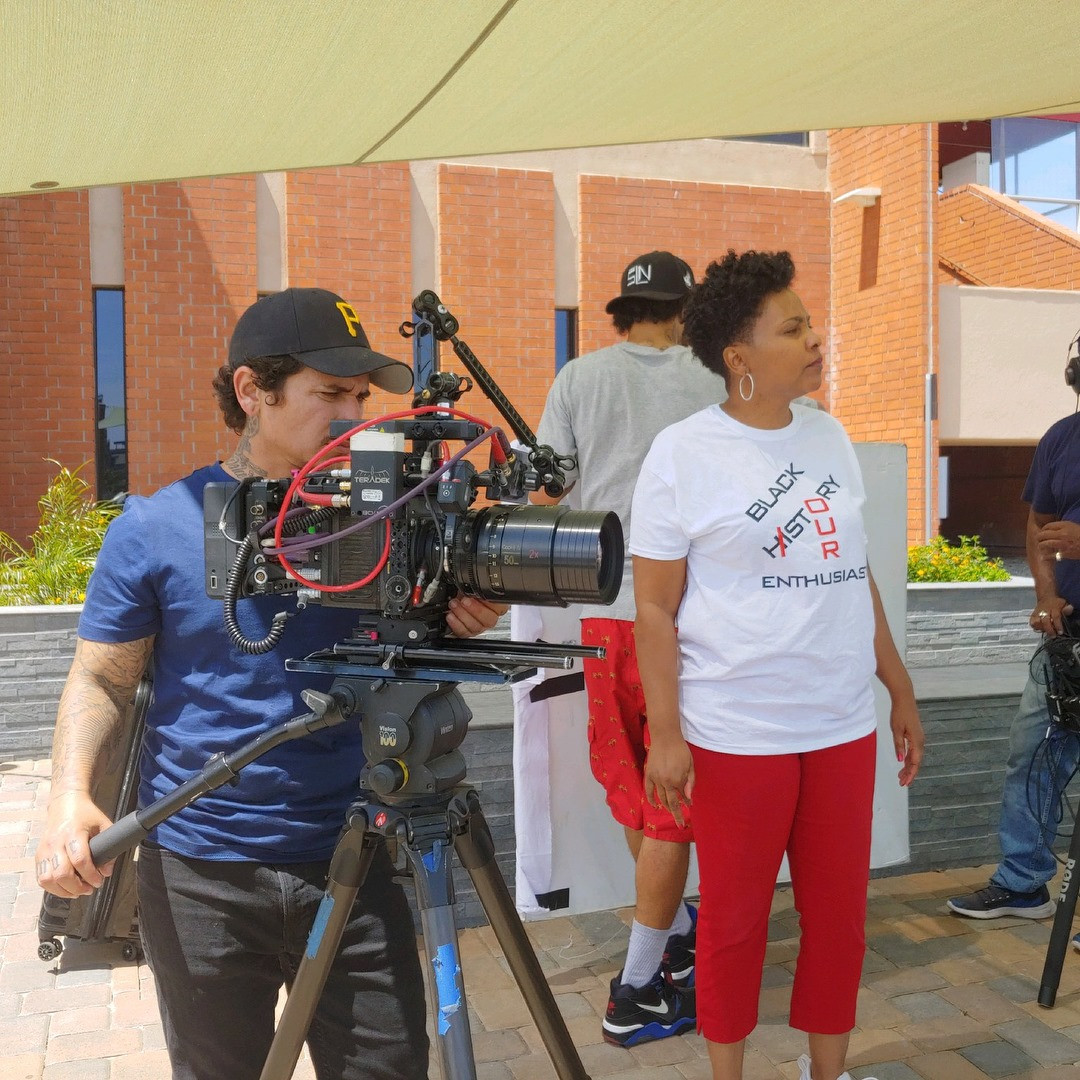 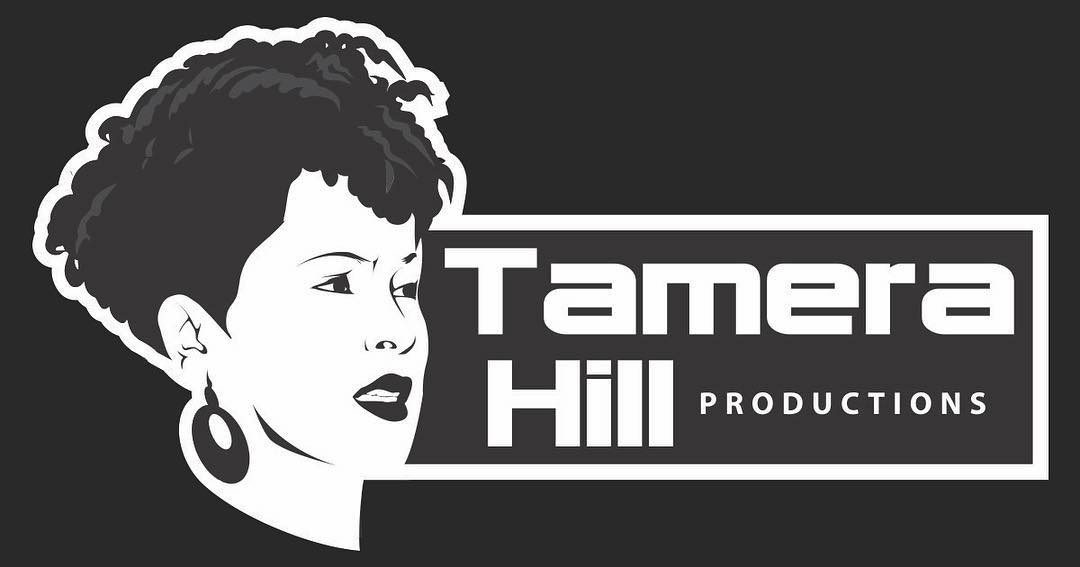 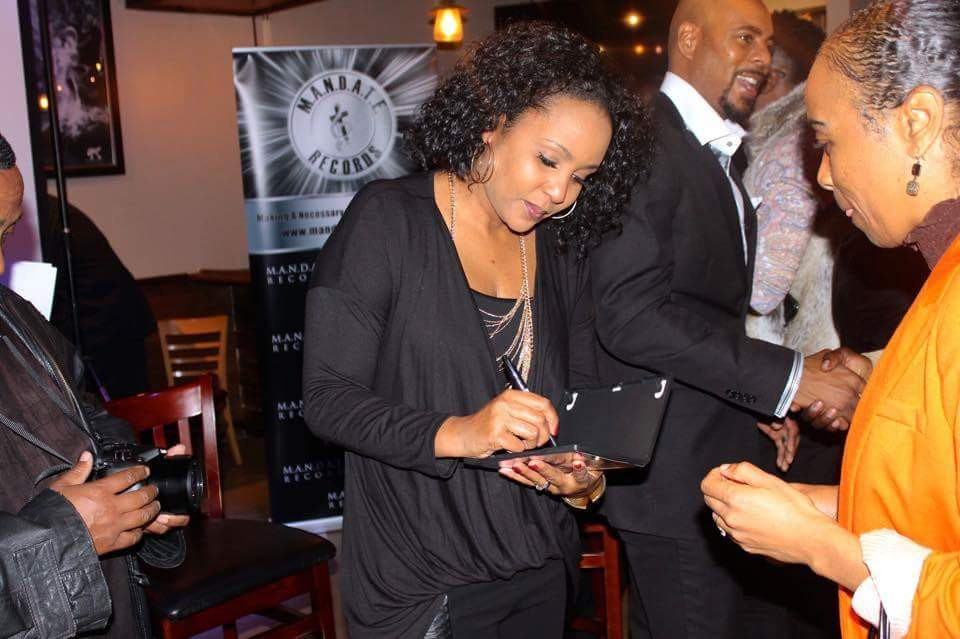 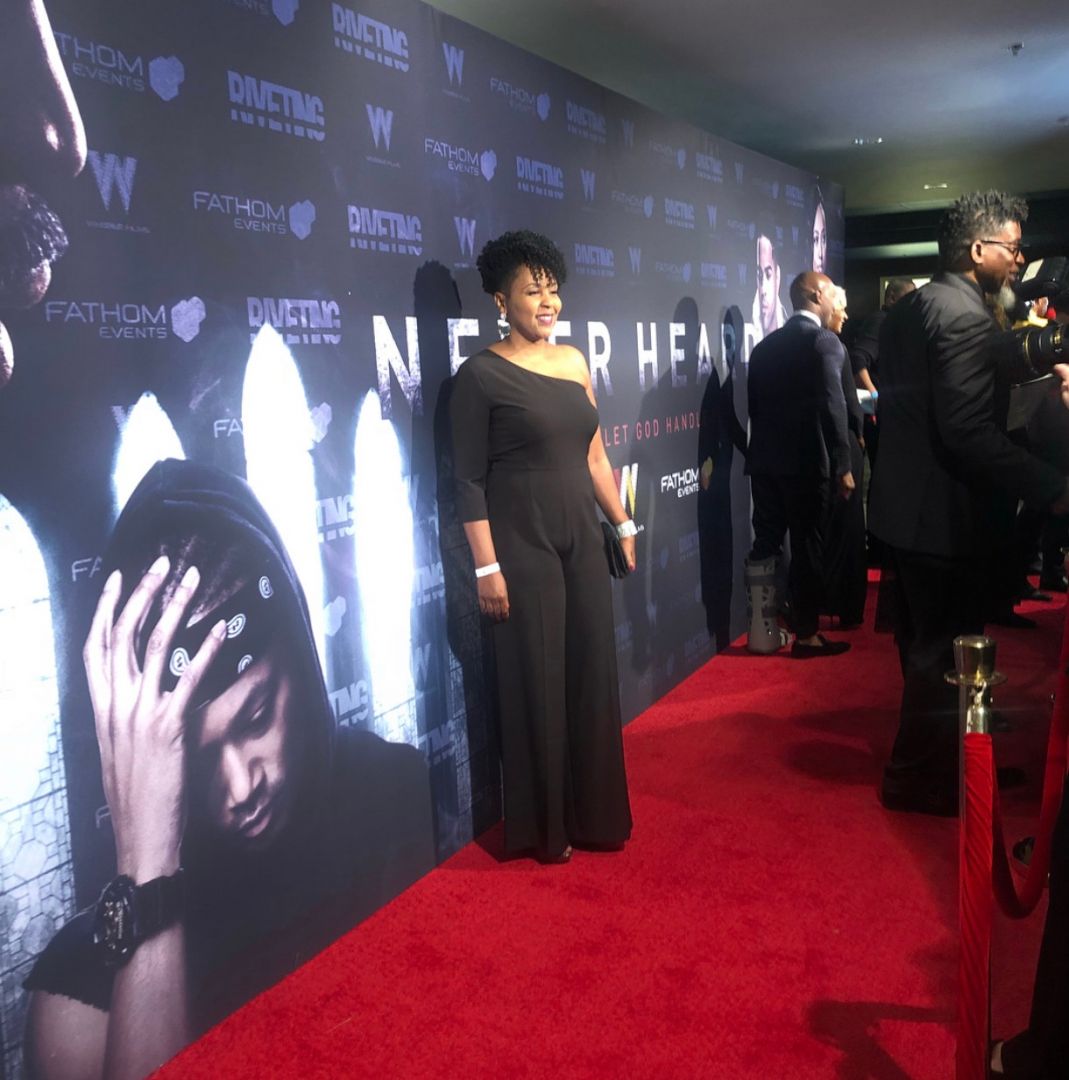 Who else deserves some credit and recognition?
I want to give a shout out to Angela White. She is a film producer in LA that cares about other filmmakers and creatives. She is always there when I have questions. Hopefully we can work together one day. She’s an awesome woman and an inspiration to others. She has some wonderful projects coming soon, so be on the lookout. Shannon with The Professional Pen. She helped me sharpen my writing skills and gave great sound advice about writing. Support her campaign Truffle Sauce for her new film.

A shout out to Melvin Graham with Render Squad Industries for always being there to help a sister out when she needs it. Congratulations on his documentary coming out soon about LA Black businesses. It’s going to be amazing. I also would like to give a shout out to the late Myles Munroe. His books changed my life. His books helped me to see what my purpose was and how to manifest it.

Last but not least, a shout out to Lyn Sisson-Talbert! Girl power! This woman is doing it! Thank you to you and your husband David for letting a sister come and hang out on the movie sets and getting me started on this journey. I learned a lot. It’s much appreciated! If you haven’t seen Jingle Jangle on Netflix, go check it out.

Other: Follow us @thematchmakerfilm for our fall release information