We had the good fortune of connecting with Tawan Bazemore and we’ve shared our conversation below.

Hi Tawan, how has your perspective on work-life balance evolved over time?
Balance is defined by equal parts and that doesn’t mean 50/50; it’s what is comfortable or an acceptable amount of time dedicated between 2 or more areas of interest or commitment. This was my discovery after believing commitment meant achieve or death. Let me explain. You don’t want to arrive at your goal depleted; having nothing to offer it but a conversation about how you damn near killed yourself just to get to it, but nothing left to move forward. Rest in-between the grind. Rest is like a bad spelling of reset. Your body needs to be able to recharge and if it doesn’t it is susceptible to sickness, fogginess, irritability and so on. I was on the wrong side of progress; thinking working all the time towards the goal would get me there quicker but it actually slowed me up. Taking time to have date night and days with my wife…playing with the dog…talking to family and friends…taking a few days off has helped in shaping my life and career in an ordered yet fun way. I believe in life and having a career in it. What is the point of succeeding if you arrive with nothing but the skeleton of who you were? I want to enjoy the reached goal. Balance is the first success and what comes after are attributes of the first. 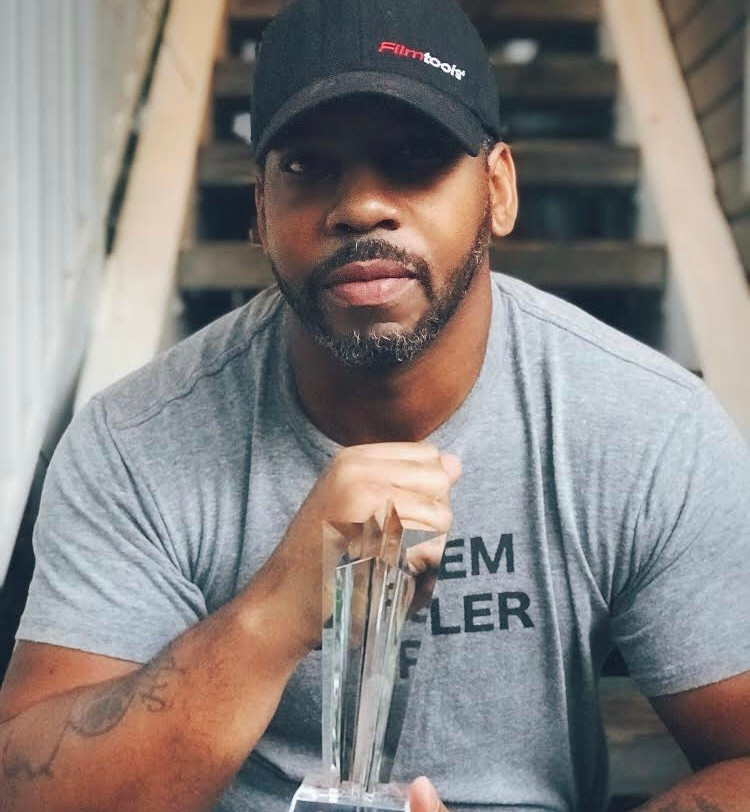 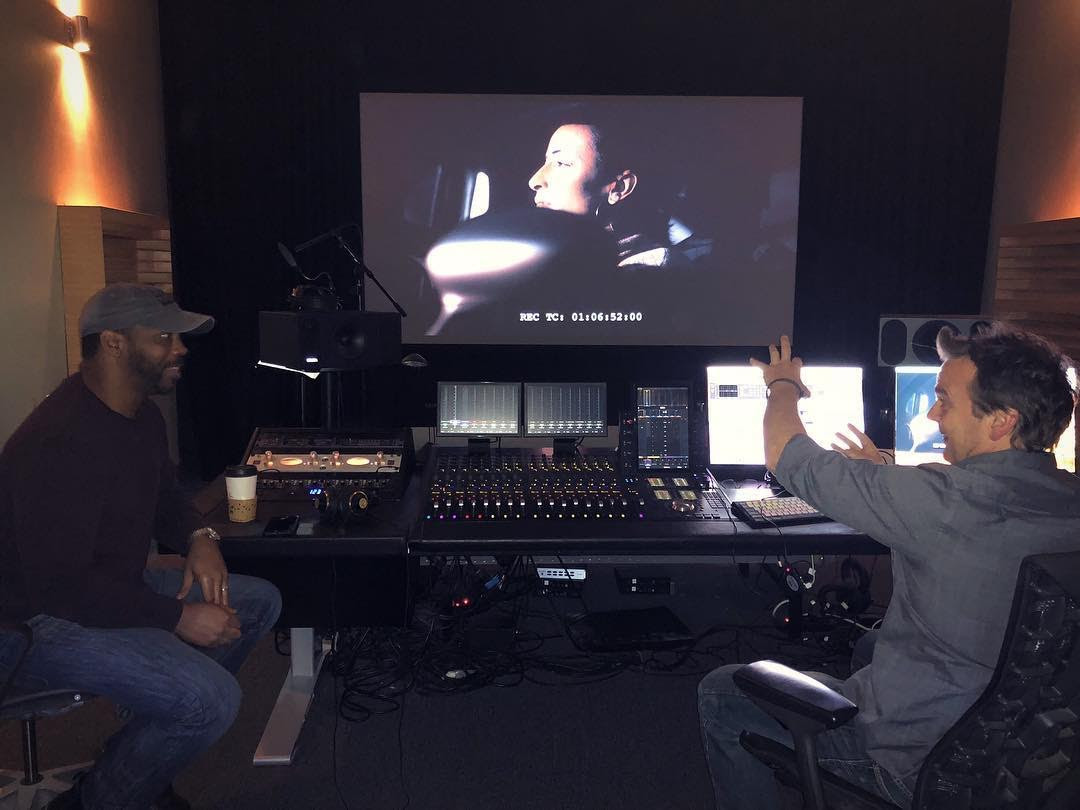 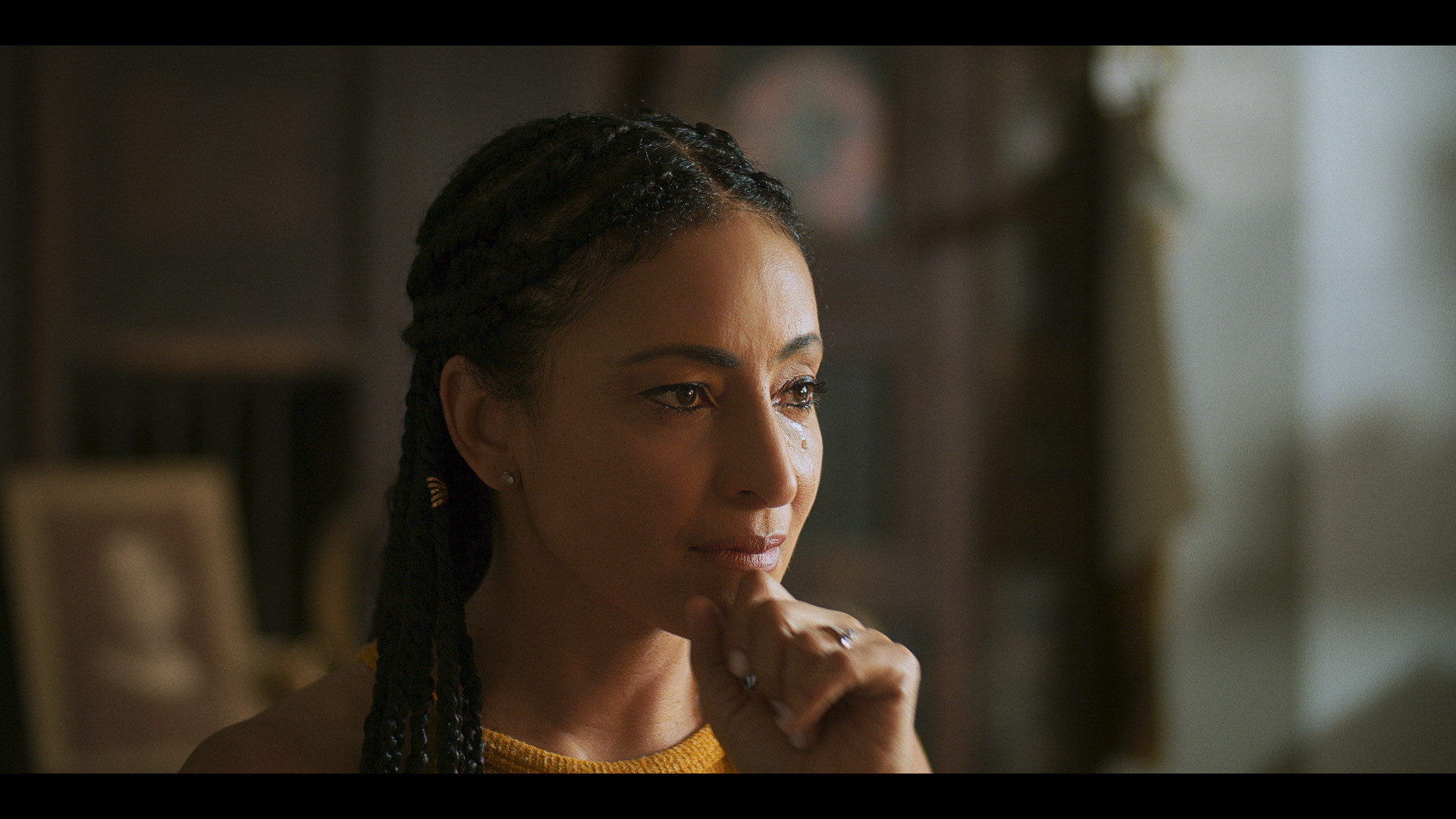 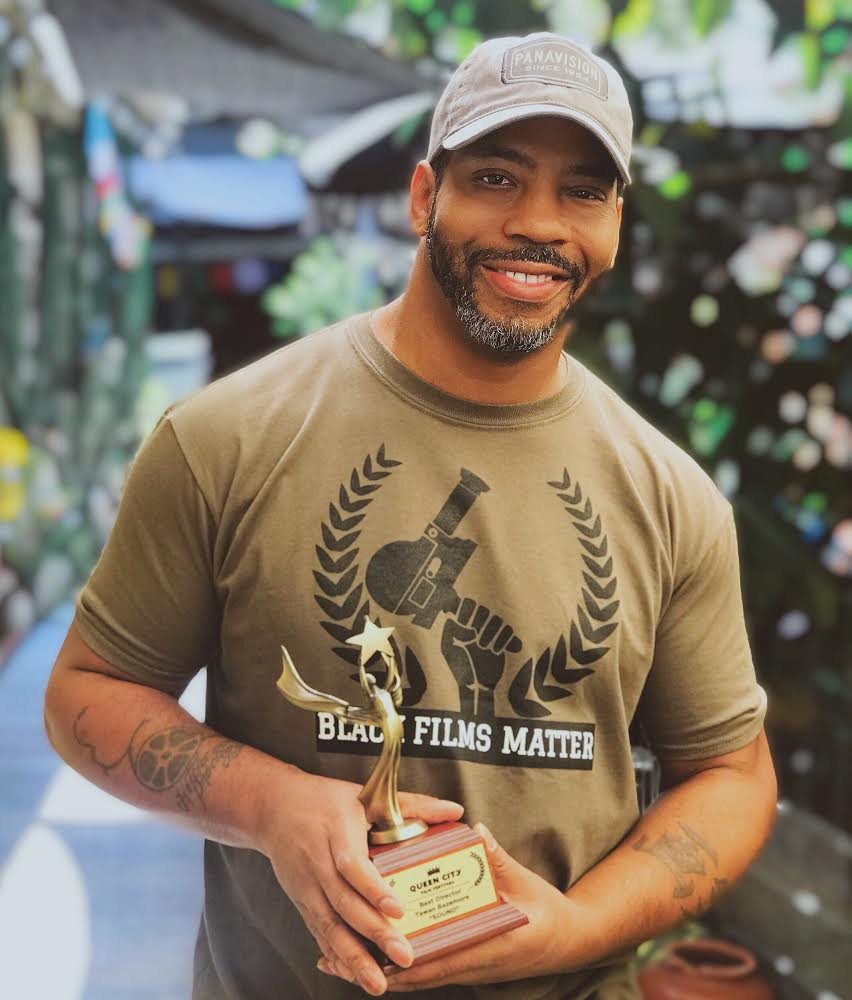 Alright, so let’s move onto what keeps you busy professionally?
I took the scenic route, in an old car with a bad transmission to get to where I am and the journey isn’t complete. I spent 18 years as a Motion Picture Digital Colorist, absorbing all the technical, artistic and skilled-discipline to finishing a film but it also provided to me a visual treatment for how to develop the vision for a film. A year of studying color science gave me a well-rounded understanding of what colors mean and the emotion that can be evoked from tones and hues. This rewired my thinking of story telling…understanding that there are three distinct but relative values; the narrative, contrast and the color story. But I stayed too long…having color graded many films that were seen all over the world including top-tier film festivals I was being devoured by my own work. In private filmmakers complimented my talent and skillset as a Colorist and at times, very rarely, I would get some public acknowledgment for the work I did on a film. I would attend film festivals to support and watch the film I color graded and I would have to sit in the audience and listen to some Cinematographers speak eloquently about how they arrived at the look for the film, when in truth they had nothing to do with the look. On many projects I had to perform visual surgery to give the film, commercial or music video life, either because it was shot flat, underexposed or with no intentional purpose. I didn’t want to be spotlighted but I also didn’t want to feel as though I did nothing. This happened far too often to ignore. And I knew it came with the turf, to some degree, but it still sucked. However, there were also a good amount of films where the Cinematographer’s brilliance, intent and style educated me. So, all wasn’t bad but there was enough of it to make me pull myself from the dark room and began finally, with hawklike-focus on being a Filmmaker.

My years in post production as a Colorist, Editor (on and offline), Digital Imaging Technician, Compositor, Intermediate VFX Artist, Programmer, Project Manager and Finishing Technician have added layers to my ability to tell stories. My approach is quite different than if I just learned and understood directing. I use it all. From Cinematography to color to finishing. So, when I say I use all of me to tell a story, it’s not just my heart or my life it’s everything technical I have learned over the years. So, I approach each project with a very specific vision and I can’t help but to leave my fingerprints or my influences on my work.
SOUND, is a modern day silent film, in the suspense thriller genre. I was the Writer, Director, Cinematographer, Editor and Colorist. I didn’t want to handle all those positions but I had to and I am grateful for my experiences because if not for them I would NOT have been able to make the film with the budget I had. The film won 50 awards during it’s time on the indie film festival circuit and I received Best Director, Best Editor, Best Colorist, Best Cinematographer and Best Screenplay awards; in some cases multiple times. I am grateful and humbled. This is just the start for my company Cinema Optics which I co-own with my wife Crystal Porter-Bazemore. We have a lot of great things in the works.   Life is not by accident…even when it doesn’t make sense, give it sometime…you might be only in the first act. Finish the story.

Let’s say your best friend was visiting the area and you wanted to show them the best time ever. Where would you take them? Give us a little itinerary – say it was a week long trip, where would you eat, drink, visit, hang out, etc.
Malibu Seafood is like…just wow! It’s one of my favorites places to eat and the view, right off the PCH is awesome! 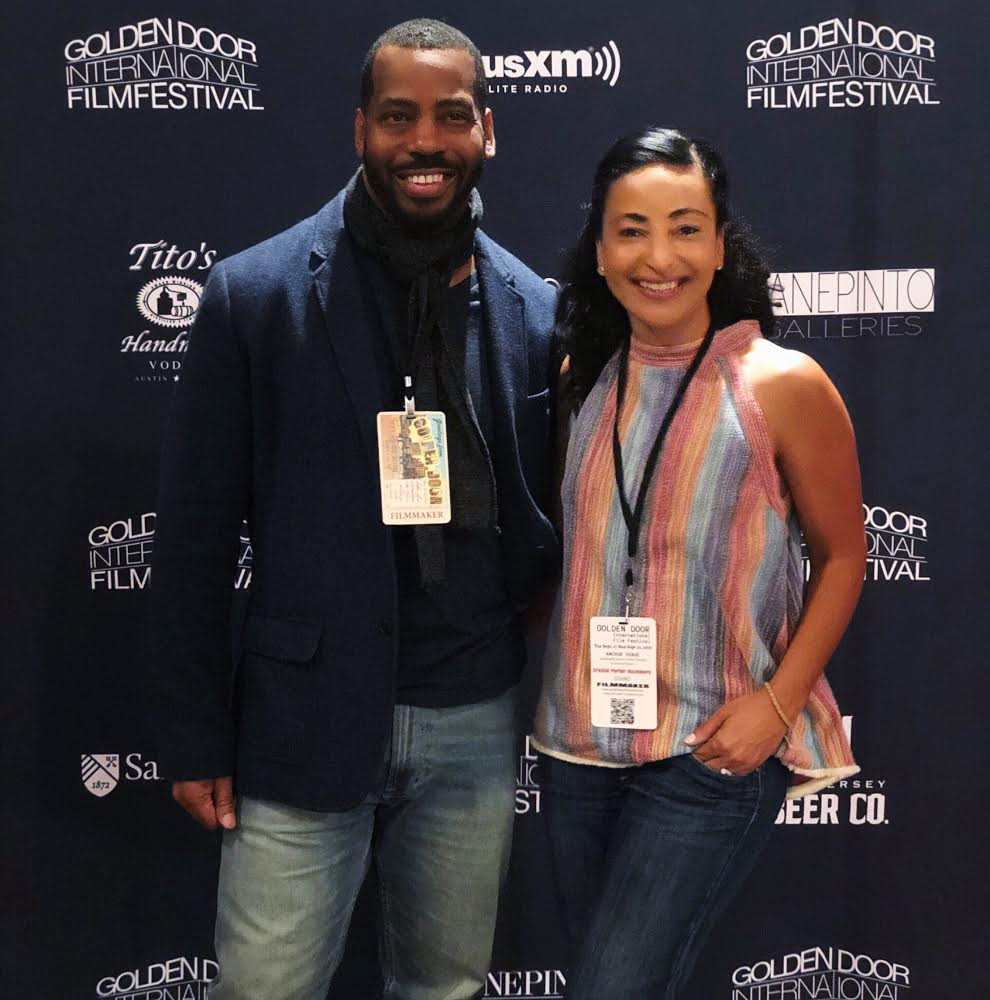 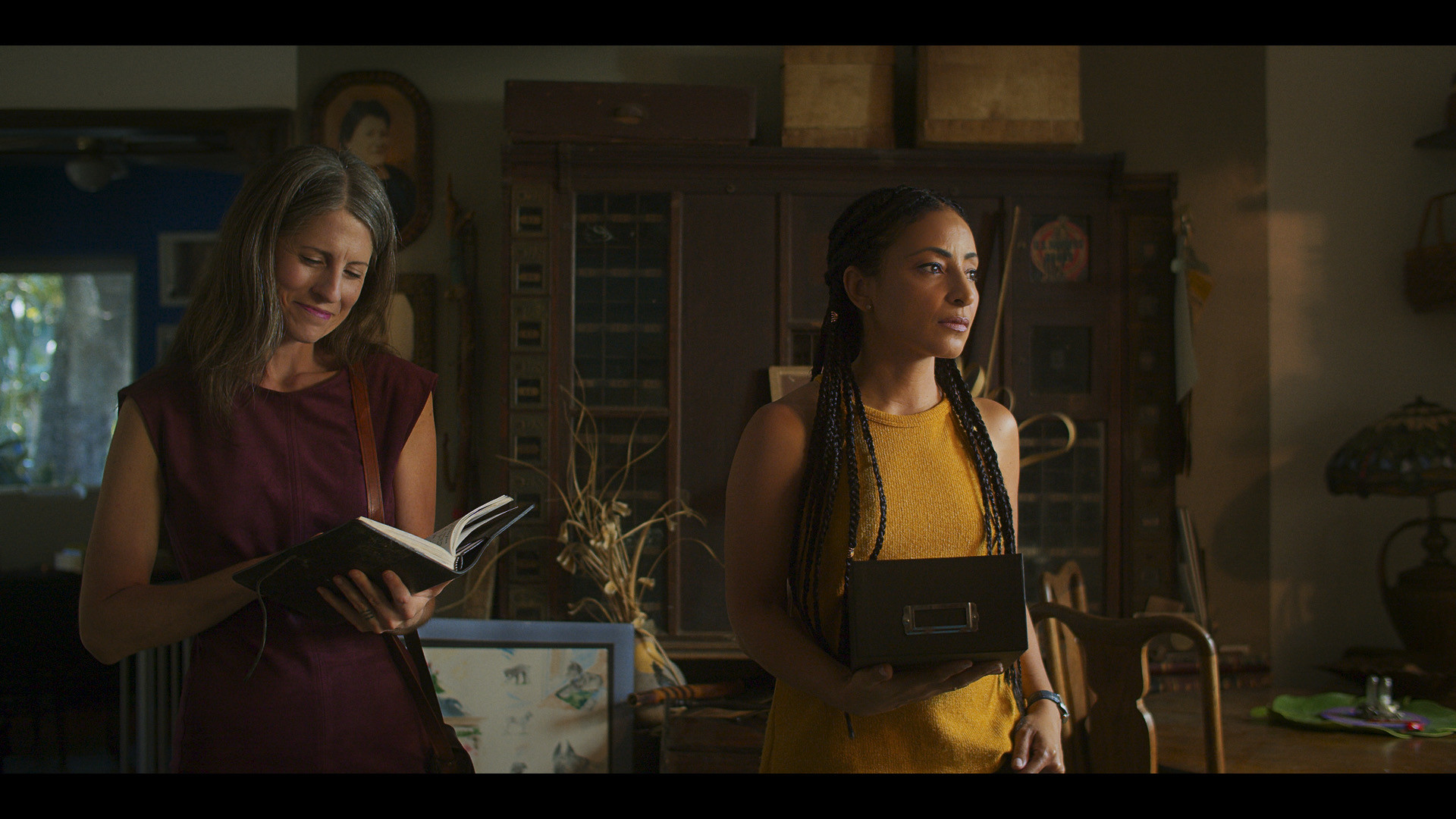 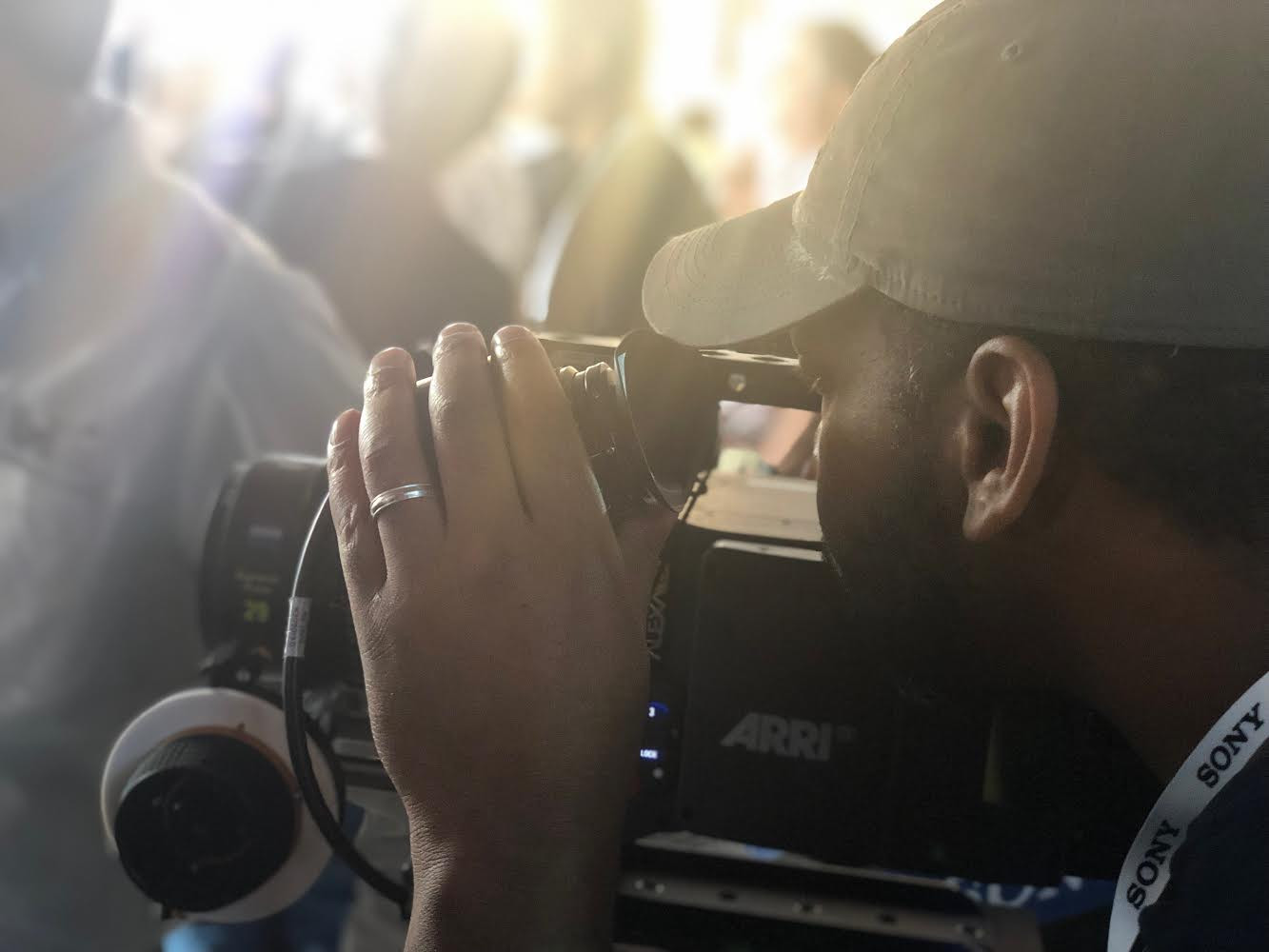 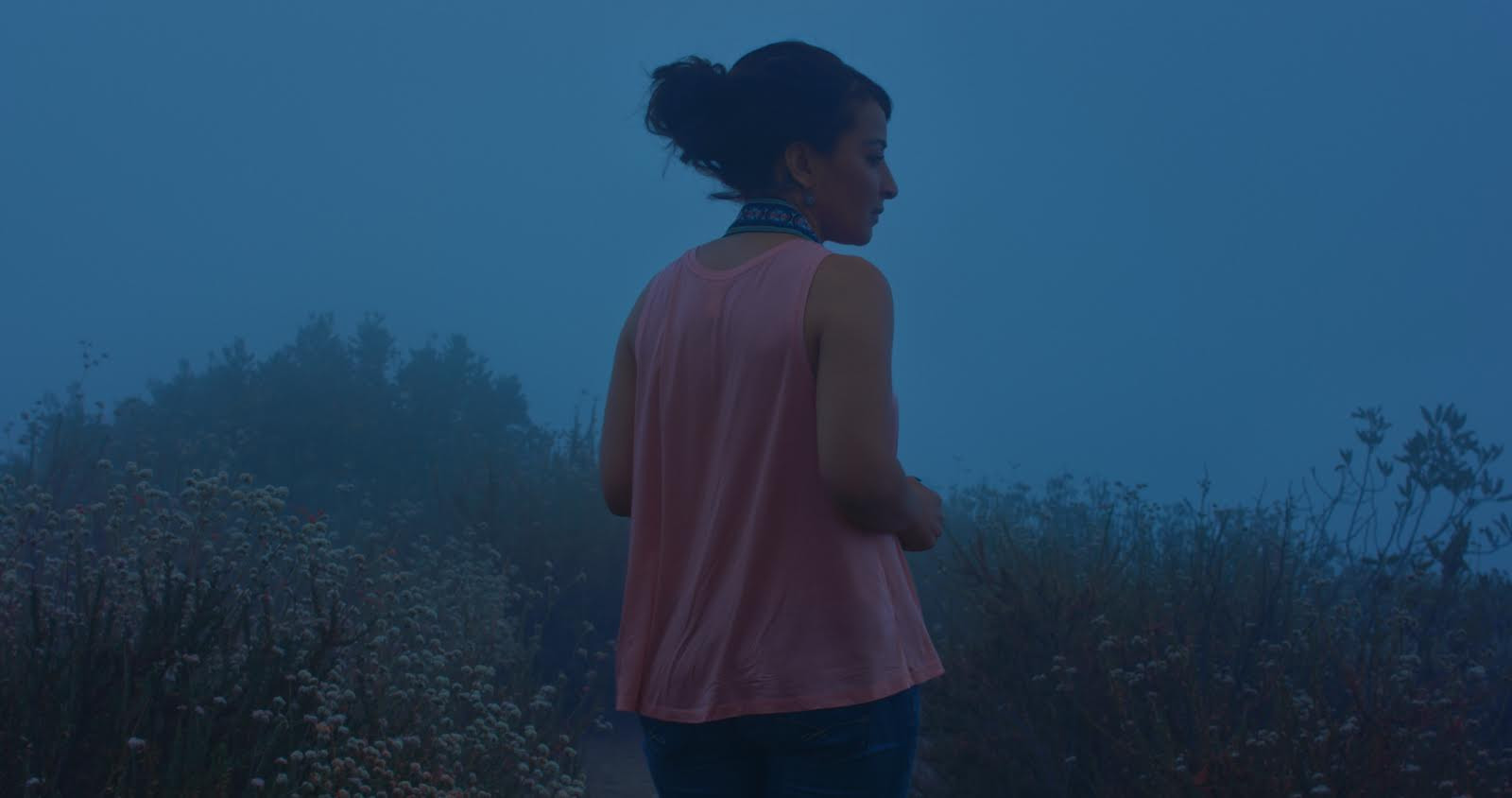 Who else deserves some credit and recognition?
Alfred Hitchcock, Stanley Kubrick, Ingmar Bergman, Louie Malle, Jean-Luc Godard, Spike Lee and Pedro Almodovar were the de facto unofficial mentors. I have seen all of their films, even the rare ones as well as read books, including my favorite Hitchcock book by Donald Spoto. But my greatest gift and truest of blessings is my wife Crystal Porter-Bazemore. I owe the man that I am now and this healthy success to her. Her commitment to my greatness is not to suppress her own because her light isn’t dim. She manages to usurp the challenges that attempt to take hold of me when I am burdened and stands with me as my partner in making independent cinema. I am a better filmmaker and man for this and I want to thank her with my shout out! In addition my mother and father as well as family and close friends are too my anchor and deserving of a shout out. Last but not in the least I am a man of faith so I thank God for the strength to move forward and be what is willed to be…