We had the good fortune of connecting with Victoria Sanchez and we’ve shared our conversation below.

Hi Victoria, why did you decide to pursue a creative path?
There was never any other option to me. As a child, my interests lied in singing, acting, and dancing. I loved drawing and I always strived to create the best images during Meet the Masters. I participated in gymnastics after school, as well as karate for a shorter period of time. I loved writing stories and songs, although I was not particularly good at the latter. I even loved the creative side of mock trial: reading through the reports and creating a case in favor of my client. As I got older, I dabbled with the ideas of print journalism and broadcast journalism as potential career options, but that was really only out of doubt and pressure to choose a more attainable career. I was still more interested in being a performer. In middle school, I began dancing. I had been the dancer who kept my movements under control until one day when my teacher placed me between two of the best dancers in the class in formation and I refused to let myself get overshadowed. That day is when I came out of my shell as a dancer, finally, and danced with more energy than I ever had before. So much so, that my teacher pulled me aside after class and said something reminiscent of, “That was the best you’ve ever danced. You know you can’t go back now, right?” And I never did. I continued dancing into high school, always striving to be the best and working my way up through the ranks. Dance became and still is one of my biggest passions, but I could not forget my love for filmmaking.

I always loved watching movies and television. At home, the T.V. was always on. I loved the worlds that could be produced on screen and the characters that the actors could make you believe in. I wanted in on the action. In high school, I grew a fascination with the images that were created for the screen and how those images can depict a certain story. As I sat in the school library applying to colleges and deciding on my major, I realized that although what I really wanted to do was act, that it would be more worth my time and money to focus my education in what happens behind the camera. When it came to narrowing that down more, cinematography was kind of a no-brainer. I wanted to be the one who created those images I became so fascinated by growing up. So after bouncing between a couple city colleges, I attended California State University, Long Beach with a major in Film & Electronic Arts and a specialization in cinematography. Now, I love the intricacies of cinematography and how framing, angles, and lighting can portray a specific mood, depict symbolism, and tell a different story. When it comes down to it, I realized that I am a storyteller. When I am writing a script, when I am choreographing a dance, or when I am visualizing shots for a short film, I am telling a story. And that is what fulfills me. I am not truly happy unless I am creating. 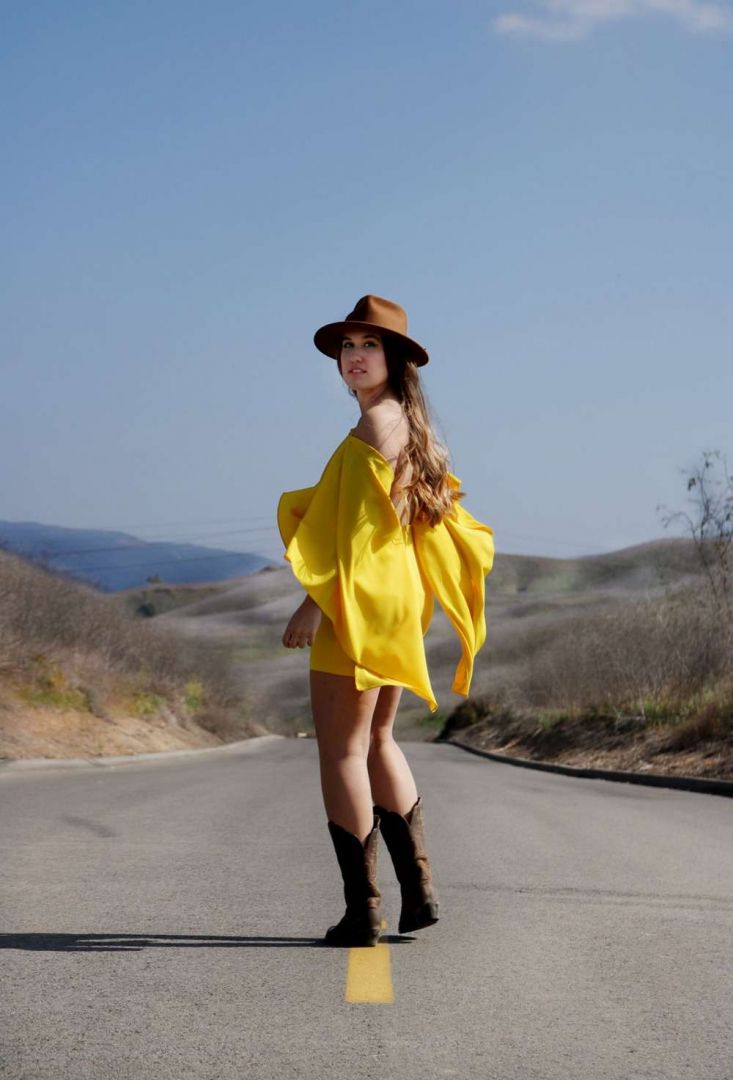 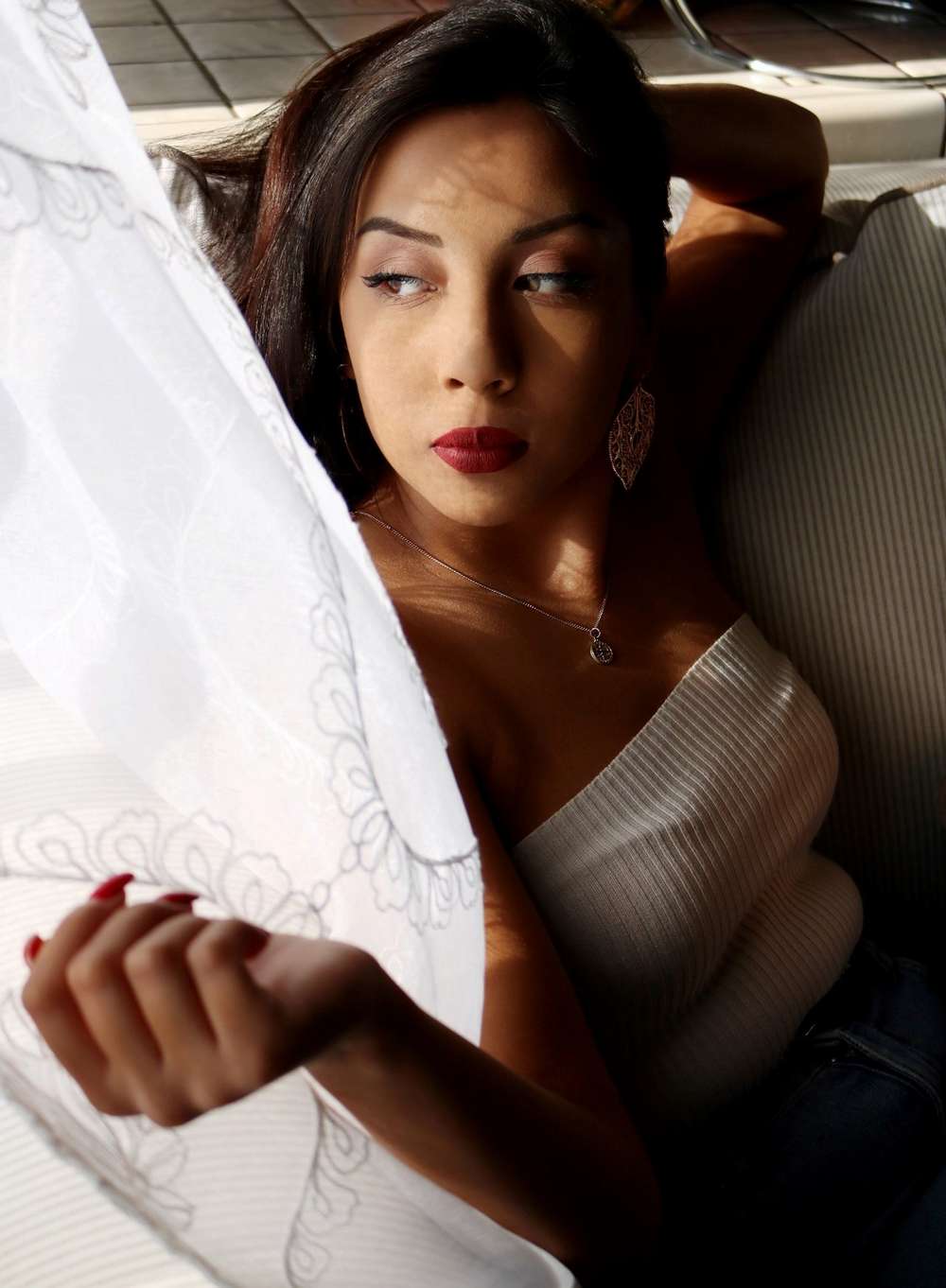 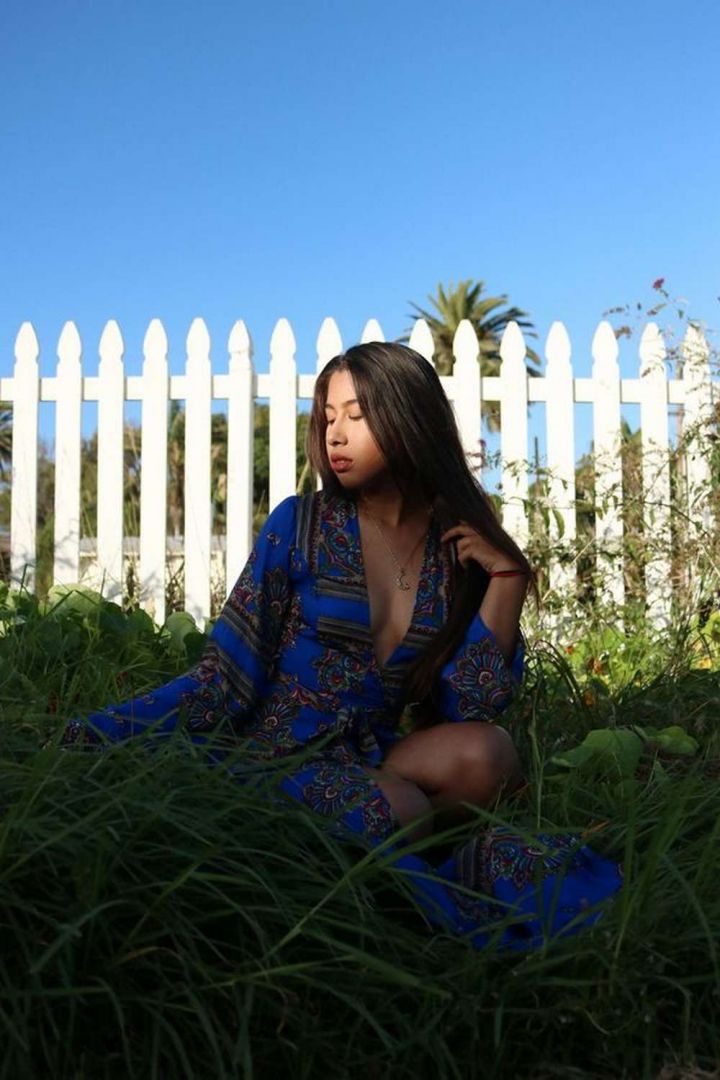 Can you open up a bit about your work and career? We’re big fans and we’d love for our community to learn more about your work.
I am a self-employed photographer, as well as a film and television crew member and an aspiring cinematographer.

I began my professional journey working at BJ’s Restaurant & Brewhouse in 2015 followed by various shorter jobs. In the summer of 2017, I decided to launch my own photography business, Victoria Sanchez Photography, as a way to practice my filmmaking skills and as an extra hobby. I provide still and motion photography services and I specialize in portraits, couples, families, graduations, engagements, and narrative.

I began my career in film and television in 2018, when I booked my first role as a background actor on the CW show, All American. Since then, I have worked in the background of various television shows like Star Trek: Picard, Schooled, Family Reunion, and Love, Victor. In the summer of 2019, right after receiving my Bachelor of Arts degree in Film Production from California State University, Long Beach, I was accepted into The Academy of Motion Picture Arts & Sciences’ GOLD Program, as well as an Operations Intern for Panavision. While at Panavision, I met a cinematographer named Drey Singer who employed me for a couple days on a documentary he was shooting, and that opportunity led to various commercial work for a producer named Josh Nathan who was on the set of that documentary. I worked as a Set Production Assistant on a few commercials featuring such talents as Kawhi Leonard and Anthony Davis for the production company, The Rec League. Josh also recommended me to other producers who employed me and gave me such opportunities as working on a music video for the girl group, Haim, amongst others. In 2020, a friend from Academy Gold recommended me for a Camera Assistant gig on an independent feature film, which was great experience for me. That same year, Academy Gold nominated me for the Walt Disney PA Program, which led executives from the Disney Channel show, Sydney to the Max to offer me a position as a Set Monitor.

In the beginning, networking was a major obstacle for me, but training from Academy Gold allowed me to feel more confident in myself when interacting with industry professionals and my networking skills grew immensely following my time in that program. Recently, a big challenge has been balancing my work life with my personal life since I have been working my first full time position for the last eight months, but over time it has slowly gotten easier. This time has taught me how incredibly important it is to balance the many areas of your life and how essential it is to hold on to the things that make you happy and fulfill you. For example, I have barely been able to go to the gym for the last eight months and that lack has made me realize that going to the gym fulfills me. Work isn’t everything. It is so important to care for yourself and your mental health first and I highly recommend to anyone to identify the little things in life that satisfy you and to hold on to them.

I think what sets me apart from others and what the heart of my brand is is just my passion to create and to tell stories. I have realized that if I am not creating something, then I am not happy, whether it be in my photography, writing a script, visualizing shots for a short film, or choreographing a new dance. I need to create and I think that is transparent in my work because I give 100% of myself to everything I produce. 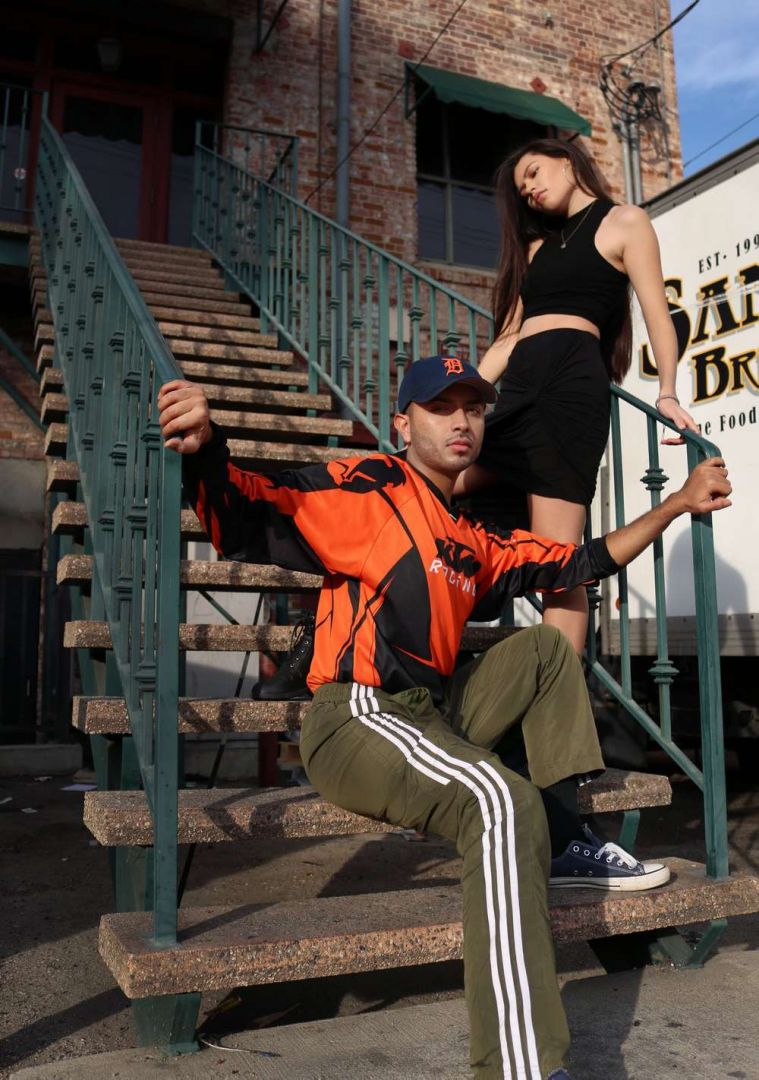 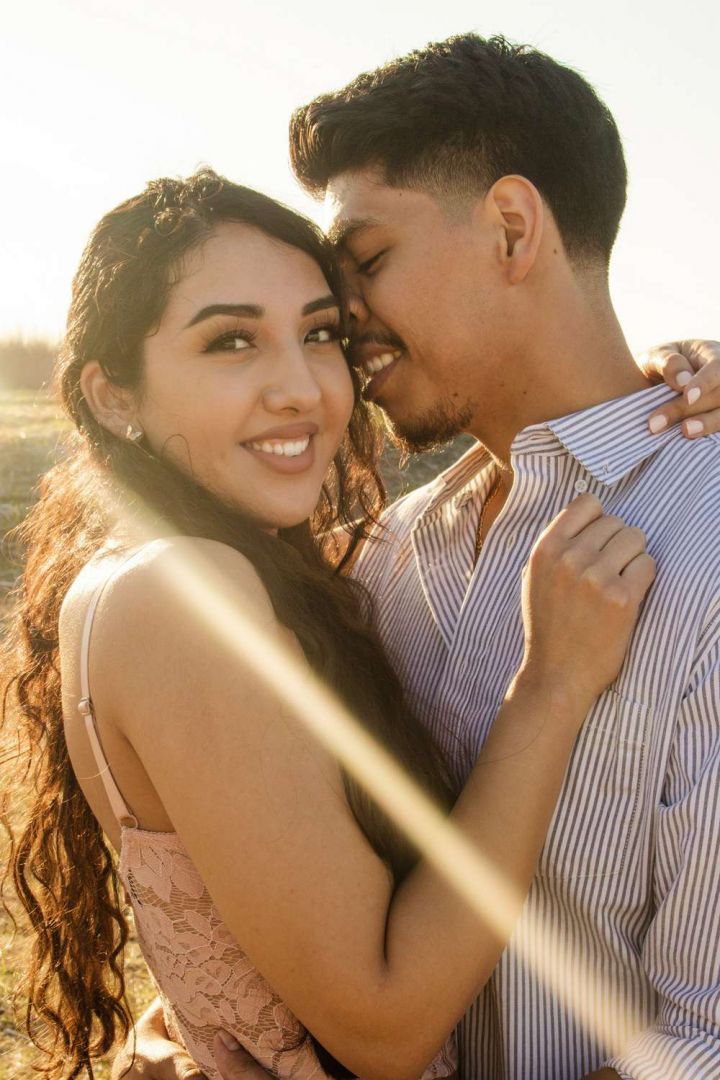 The Shoutout series is all about recognizing that our success and where we are in life is at least somewhat thanks to the efforts, support, mentorship, love and encouragement of others. So is there someone that you want to dedicate your shoutout to?
I would love to shoutout The Academy of Motion Pictures Arts & Sciences’ GOLD Program, which I was a part of in the summer of 2019. That summer was one of the best summers of my life. I learned so much about different aspects of the film industry, met industry professionals, and gained like-minded friends that I know I can go to in the future. The Gold program was such an amazing opportunity and the professionals who lead it (Erica Bardin, Angelle Haney Gullett, Niti Shah, Bettina Fisher, and Randy Haberkamp to name a few) care so much about the growth of their interns/students. Academy Gold nominated me for the Walt Disney PA Program, which led to my current position as a Set Monitor on the Disney Channel show, Sydney to the Max, and I will forever be grateful for their support.

I would like to thank Drey Singer and Josh Nathan for taking a chance on me and inviting me to work on a few of their projects, and for constantly recommending me to other producers. Thank you Albert Chi, Trenton Ubben, and the rest of the team at The Rec League for giving me many opportunities to work as a Set Production Assistant and for believing in my professional future. I would also like to thank Jeff Billings for taking a chance on me and letting me camera assist on a feature film he was shooting, as well as for backing me up when I needed it.

I would like to thank my mentor and cinematographer, Amy Vincent for all the advice she has given me and for introducing me to so many professionals in the industry. She is so knowledgeable and has helped me so much with networking, which can be difficult sometimes. I would also like to thank her for genuinely caring about me, not only as her mentee, but as a friend.

Lastly, I would like to thank my family and my friends for believing I would make it in this industry. Support from those closest to you is so important and I appreciate all you have done. 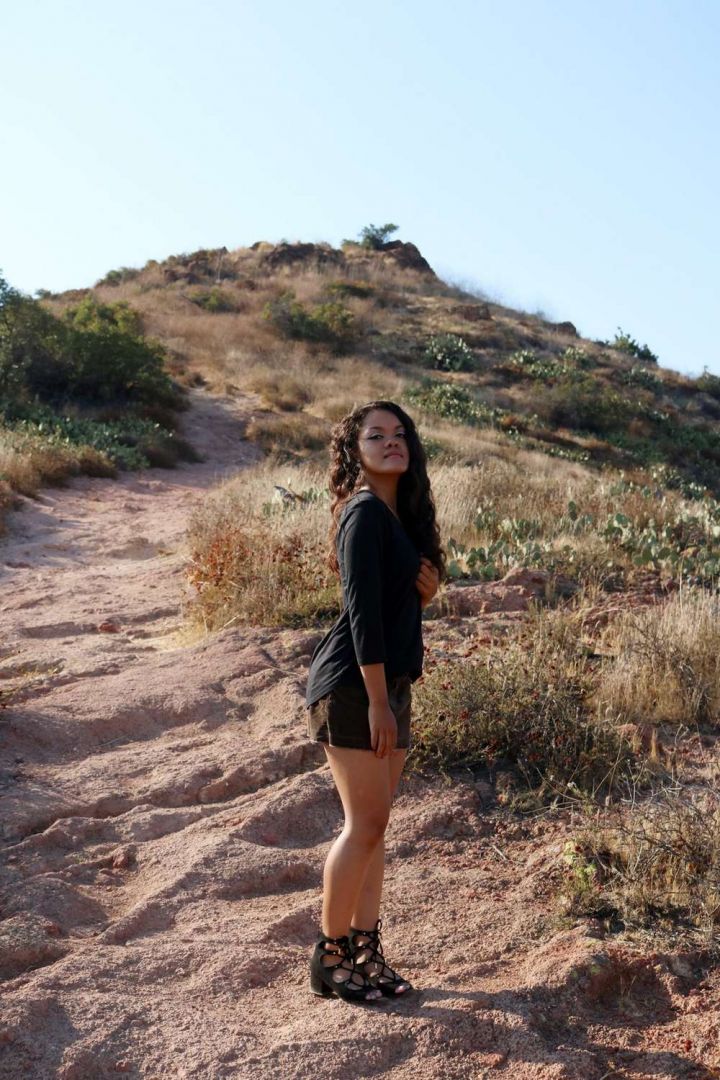 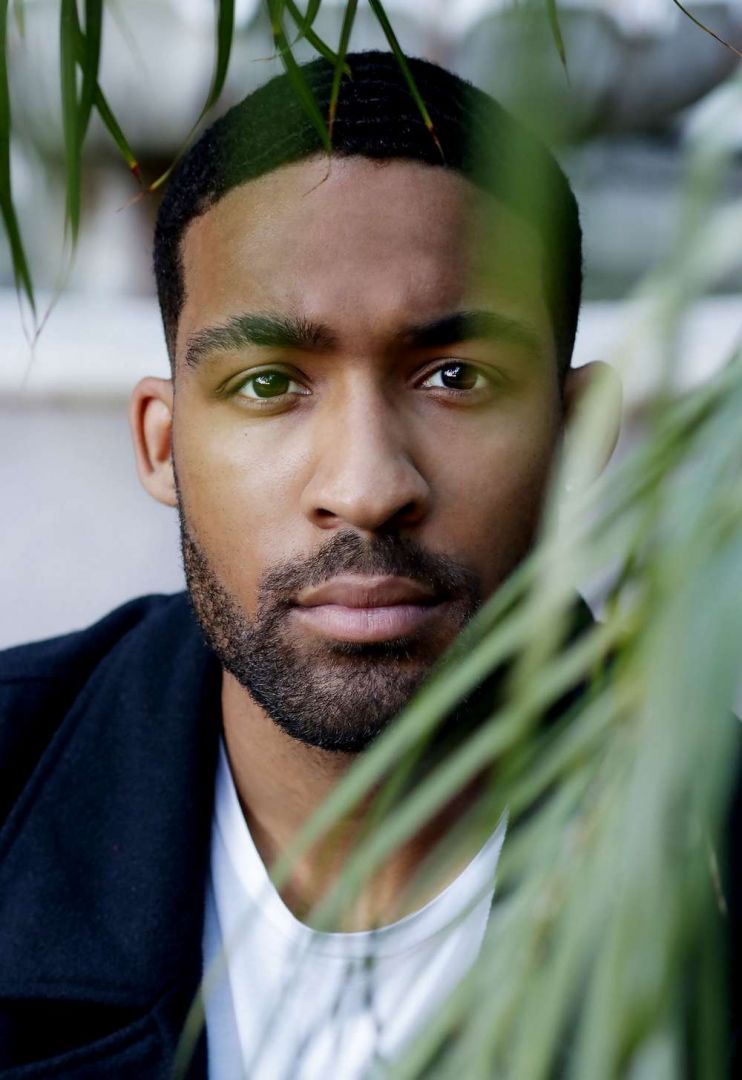 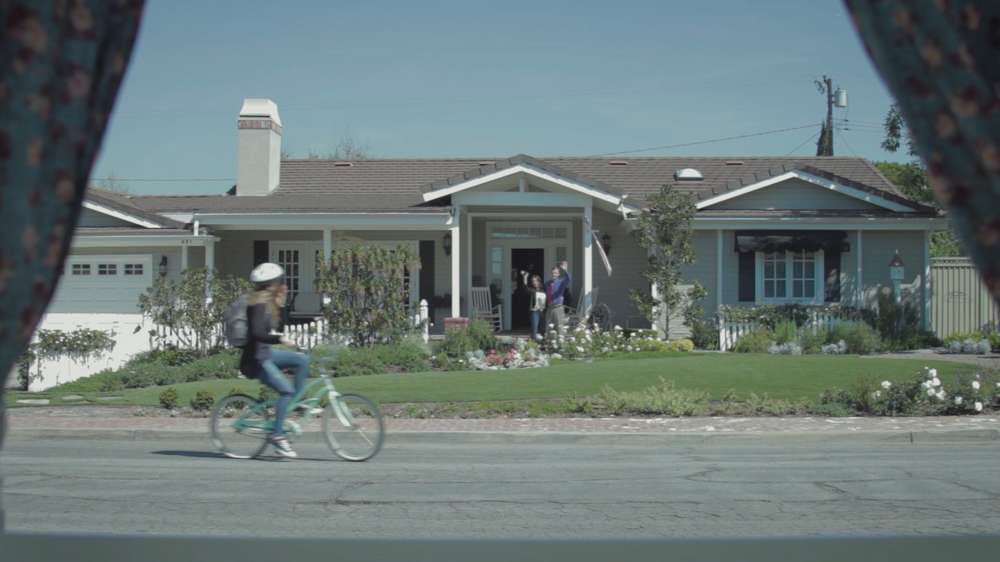