We had the good fortune of connecting with Walter Ino and we’ve shared our conversation below.

Hi Walter, why did you decide to pursue a creative path?
It’s what I fell in love with at a very early age. I heard music and I basically became obsessed with everything about it when I was a young kid. I mean, I did show interest in other things when I was younger. Like when I broke my first bone, I thought that maybe I’d want to become an Orthopedic doctor cause I thought it would be cool to put casts on people. Or, I also thought I was going to be the next Michael Chang and become the next tennis star. But music always took the forefront of everything and I just really felt like I was meant to do it, in some shape or form. 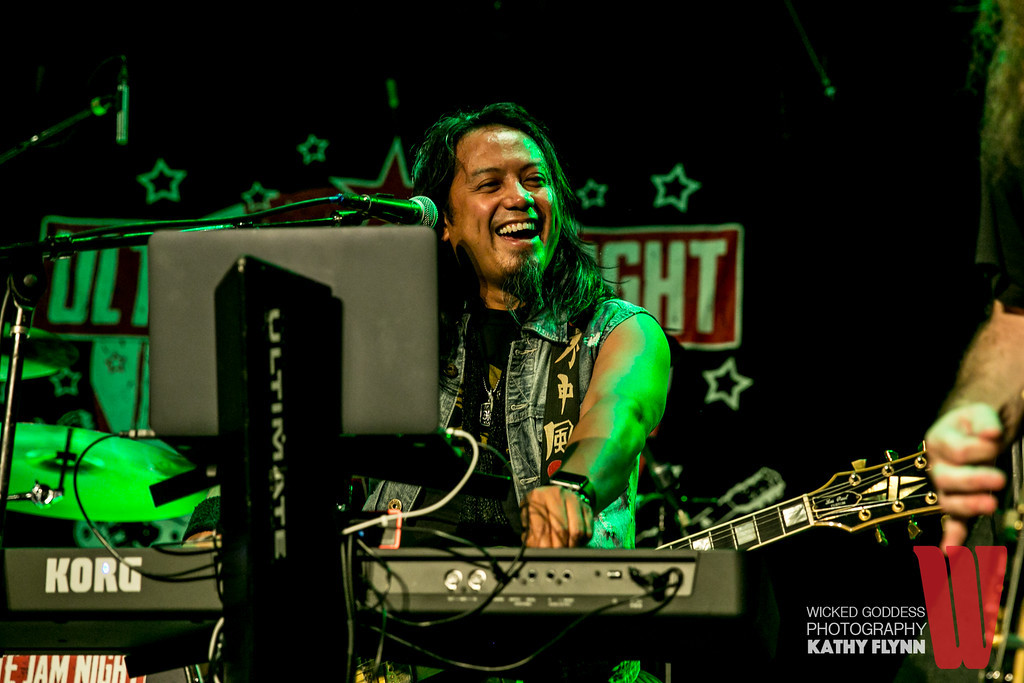 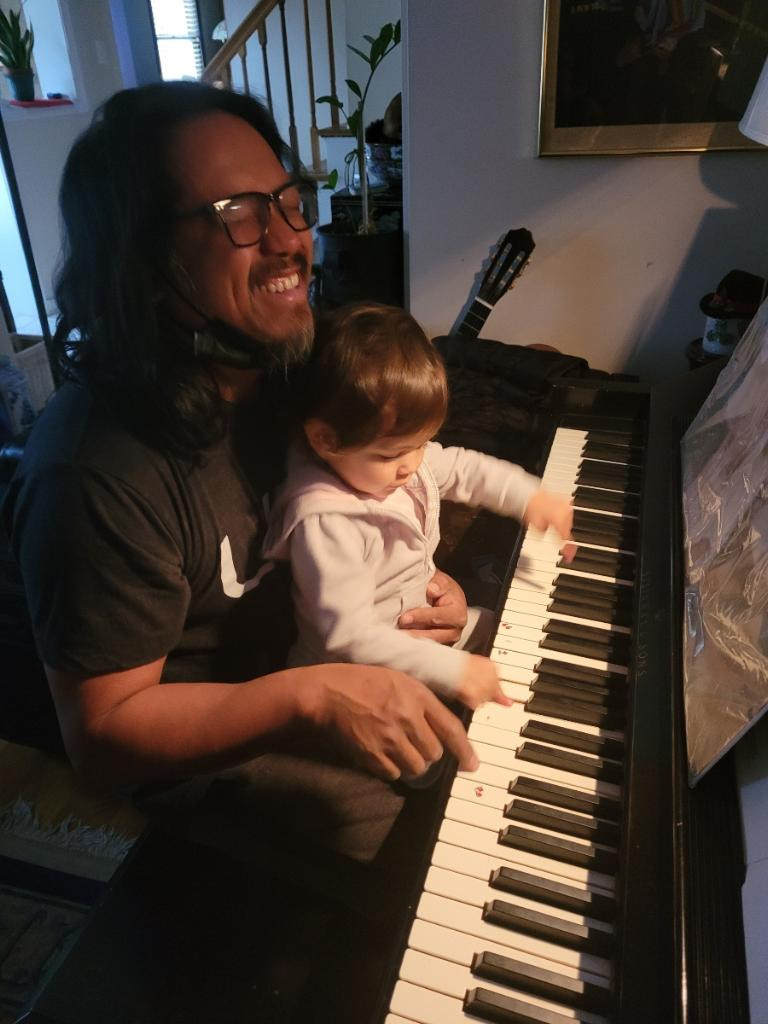 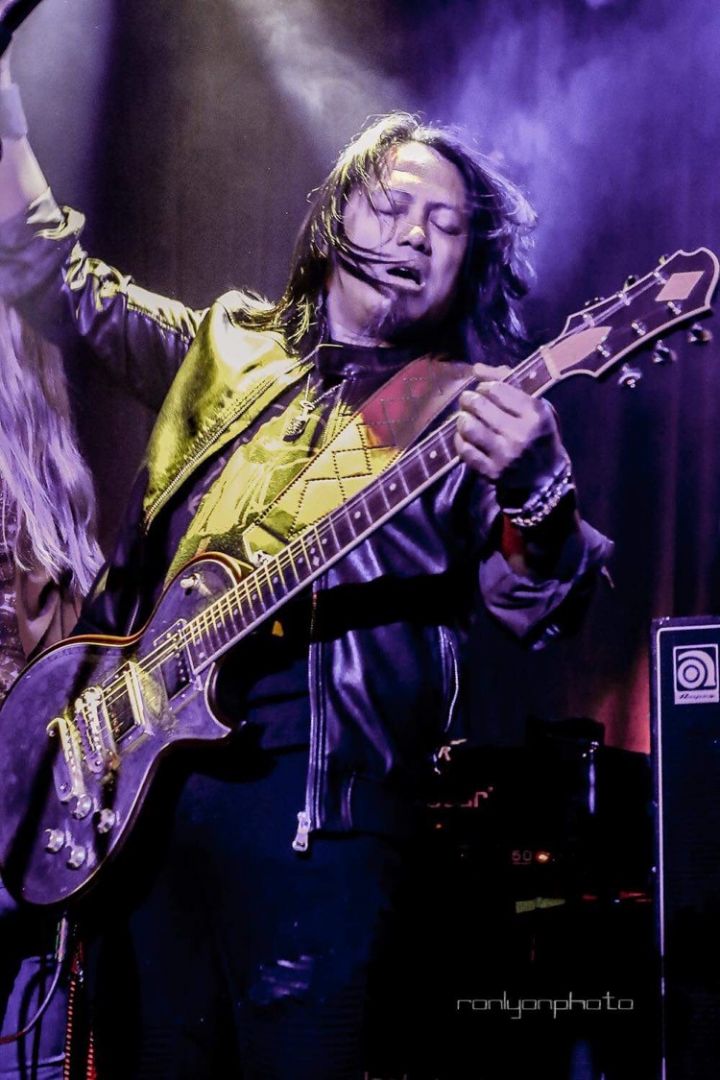 Well, I’m a musician through and through. I really don’t know how to do anything else, except now I’m learning how to be a dad to my beautiful daughter and really trying my best. I kind of answered some of this in the last question, but I’ll try to expand more here.

There are so many other musicians who do what I do, and do it better, I think. I basically do me and try to push myself to do the best that I can with whatever the job requires. I also try to stay within my limitations, unless I really think I can do it. I pride myself on my work ethic though. I try my best to be respectful, be prepared and be on time because I know that someone else can easily get the call instead of me.

But I am really proud of the gigs I’ve played these past 10 years. Being the keyboardist in Survivor for 7 years changed my life. I’ve played so many great stages and been to cities and countries I never thought I’d see because of them. Being the utility guy with the legendary Denny Laine of Wings/Moody Blues for a few years was amazing. Being the guitarist for Eagles of Death Metal for a short while also changed my life! And there are so many great gigs that happened in between. Being in the house band for Ultimate Jam Night at the historic Whisky A-Go-Go every Tuesday for the past few years has introduced me to some amazing musicians and friends. I’ve also been an orchestrator, musician and MD for some really great symphony shows with a company out of Dallas called TCG Entertainment. They do a few different orchestra shows where we would travel to a city, mostly here in the US and Canada, then play with that city’s orchestra. The shows I’ve done for them are the “Cirque Musica” show, which is a holiday themed show that features amazing circus performers in front of the live orchestra, a show called “A Night of Symphonic Rock” which I’ve played keyboards and guitars for the past few years, and also orchestrated some of the music, as well as a show called “Rewind – the music of the 80’s”. A show called “Landslide – the music of Fleetwood Mac” which I MD, play guitar and sing for, and also a show called “4U – the music of Prince” that I’ve played guitar for on the last tour, including one of my dream venues, Red Rocks Amphitheatre!!! I’ve been the keyboardist for the legendary band The Babys for the past 3 years or so, which has been a blast. I really love everyone in that band! And if you don’t know who Tony Brock and Wally Stocker are, then look them up!  I’ve also been working for a great company called Song Division for about 5 years or so now. They do team building events for companies utilizing music and songwriting. They’ve actually kept me pretty busy during this pandemic. Pre Covid, they would have me do their corporate events all over the country, but they’ve learned to do them virtually and it’s been a blast. Angus Clark (guitarist for Trans-Siberian Orchestra, Cher) heads up that company, and I also get to work alongside some amazing musicians and songwriters from all over the globe.

Also, the work in my little studio, Secret Asian Man Studios, has been extremely fulfilling. I’m proud of the work that I’ve done with some great indie artists, some tv background music I wrote, the “Waiting for Monday” album that was released last year on Frontiers Records, which I produced, engineered and wrote some songs for. I’ve done some fun Youtube videos in there since the pandemic hit. And I also have some original music that I will also be hopefully releasing soon.

Let’s be honest though. Being a working musician has its ups and downs. It’s not easy!! Thankfully I’ve had great people in my corner that have helped and supported me, people who believed I was the right person for the job, for some reason. Again, I’ve learned my limitations and try not to do things that I’m not ready for, or don’t think I can pull off. And I’ve also tried learning from the times when I thought I was the right person for the job, but didn’t get it. Those times can be heartbreaking, and they were. I took it really hard when I thought, for sure, I was gonna be the next person in a few well known bands that I auditioned for throughout the years. But sometimes it’s just not meant to be. You never really know what they’re looking for? All I know is that I did my best at the time and can walk away knowing that.

Any places to eat or things to do that you can share with our readers? If they have a friend visiting town, what are some spots they could take them to?
Ha, well, this past year has been a bust for anything like this so my couch has been my go-to event recently!!! But, I think it really depends on what my guests’ interests are? Are they musicians? Then we hit the legendary musician type places like the Sunset Strip, the Rainbow Bar and Grill, The Whisky and Viper Room, The Baked Potato and maybe some late night Toi Thai? And then maybe take them on a hike to the Hollywood sign or Griffith Park Observatory during the day? Of course, I love the beaches. Venice beach is always a trip! But I love visiting all of the beaches and beach cities! If someone has never been to Socal, they really should experience every beach here. 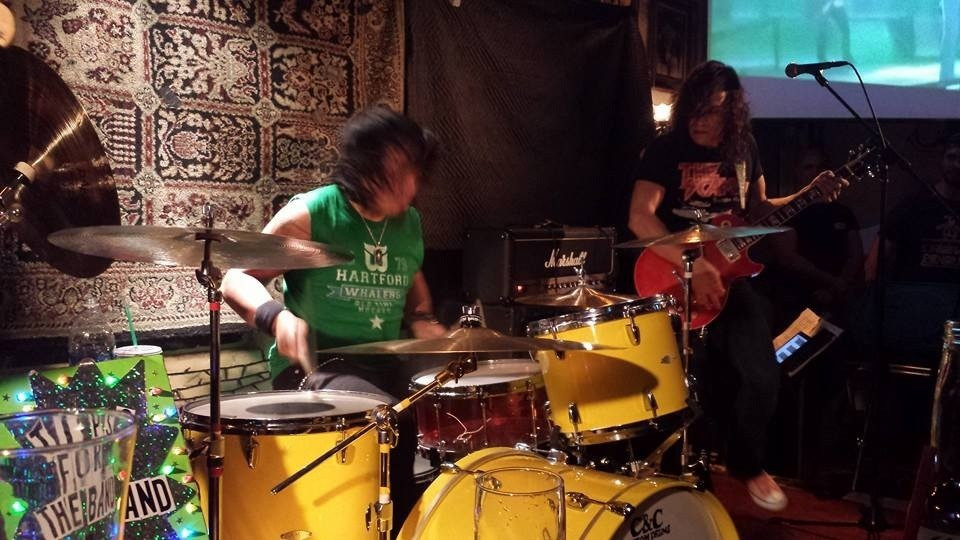 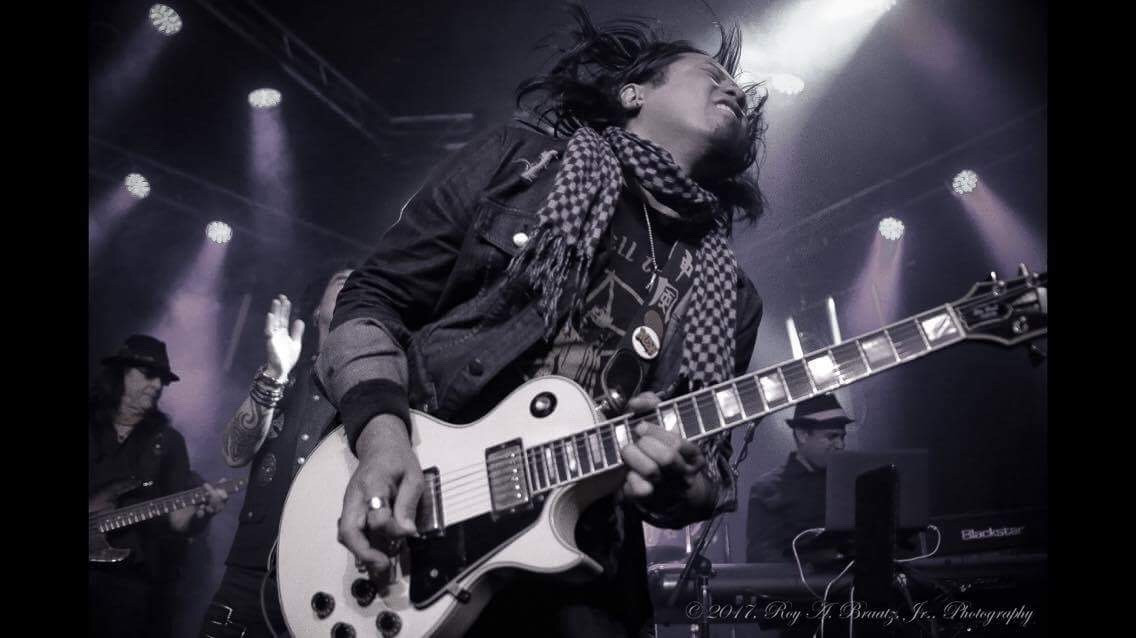 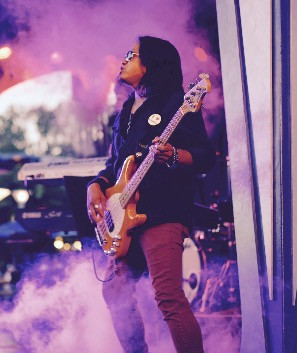 Wow, there are so many people that got me to where I am in my career. My parents and my siblings were always supportive of my musical endeavors, whether it was coming to countless school band performances, braving the smokey, stinky bars and rock clubs, or guiding me in ways on how to afford music lessons or how to pay for gear. My partner in life, Caitlin, has always been so encouraging to me.

But I also chose to learn things on my own by absorbing information from other older musicians and artists along the way, especially after deciding to bypass college, although I still have a little regret not going (I was accepted into Berklee College of Music in Boston, but never went). So, for example, in my first high school bands in Pittsburgh, there was an older bassist named Scott Riebling, who showed me a lot of things, gave me music to listen to, produced my band, then eventually gave me his gigs when he went away to college and became a successful musician himself.

And then later, when the semi-successful regional band I was in, 7th House, started making records, we had a producer named Joe West, who recorded 3 albums for us (who’s now a big time producer and songwriter in Nashville). I did my best to try to watch how he made those records for us. Then those records eventually brought us to NYC to showcase for labels and managers, which led me to signing a record deal with Blackbird/Atlantic Records in 1999. Producer Jim Ebert and engineer Bill Appleberry recorded our national release in Falls Church, VA, where I absorbed as much information as I could. I learned so much from those two guys and I’m not even sure they know it.

All the while, I, somehow, picked up a mentor in my life when I started working at a tiny guitar store north of Pittsburgh called Guitars Plus, which isn’t around anymore. But the owner was named Mark Hoover, and we became quick friends. He taught me so much about guitars and all kinds of gear. But I found myself going to him for advice about so much more. He passed away from cancer a few years ago, but I was lucky to talk to him a week before he died and thank him for everything he did for me and was able to tell him I loved him. He also told me that he was proud of me and happy for the life I created when I moved to California in 2011. He really meant so much to me.

So then, when I moved to LA, I knew a few people who were so instrumental in my career. Bassist and producer, Shane Soloski, introduced me to so many people and recommended me for so many gigs. He actually really encouraged me to make the move across the country initially. And because of him, I met keyboardist Mitchell Sigman, who eventually asked if I could “fill in” for him when he couldn’t do gigs with Survivor. I also ended up meeting Eric Dover, whom I was already a huge fan of before moving there. But after sharing the stage with him early in my move, he started recommending me for a lot of gigs, including my long standing weekend cover gig at Panchos in Manhattan Beach and also eventually Eagles of Death Metal!! Southbay bassist, Al Kim, has helped me so much and introduced me to guys like drummers Joe Travers and Jimmy Keegan, who both also recommend me for some amazing gigs. I somehow ended up meeting guitarist/producer Brian Pothier when I bought a guitar from him off of Craigslist, who later got me involved with some really special musical moments with some legendary artists.

But to simplify a little bit, I guess I just need to rattle off a few more names of some people I really need to thank for thinking of me for work. So here you go! Shout out too… Jude Gold, Stephen Mills, Paulie Z, Chuck Wright, Jessica Chase, Koko Powell, Jim Wheeler, Matt Starr, Brian Tichy, Chris Frazier, Mark Schulman, Matt Laug, Marc Slutsky, Jimmy Paxson, Pat Leon, Todd McCool and so many more!! Because of these people and the others mentioned prior (and I’m sure I’ve missed a few more), I’ve been able to have a career as a working musician.

Meet Talia Spencer | Concept Designer for Films such as The Matrix 4, Wicked, Borderlands and more.