We had the good fortune of connecting with Chavonne Stewart and we’ve shared our conversation below.

Hi Chavonne, can you walk us through the thought-process of starting your business?
Exposher was started out of a strong desire to impact the lives of underserved girls like myself. Growing up as a young girl in South Central Los Angeles, I was not exposed to much, and it wasn’t until I went to high school that the world opened up for me in such an amazing way. Through singing I was able to travel and really see the world, and I thought to myself, “I can have the life I choose and not the life that I’ve seen growing up as a child, and I will show other girls that they can have the life that they choose to have.” With that thought, I formed my non-profit and began to mentor young girls. My goal was, and still is, to be to them, what I needed someone to be to me. 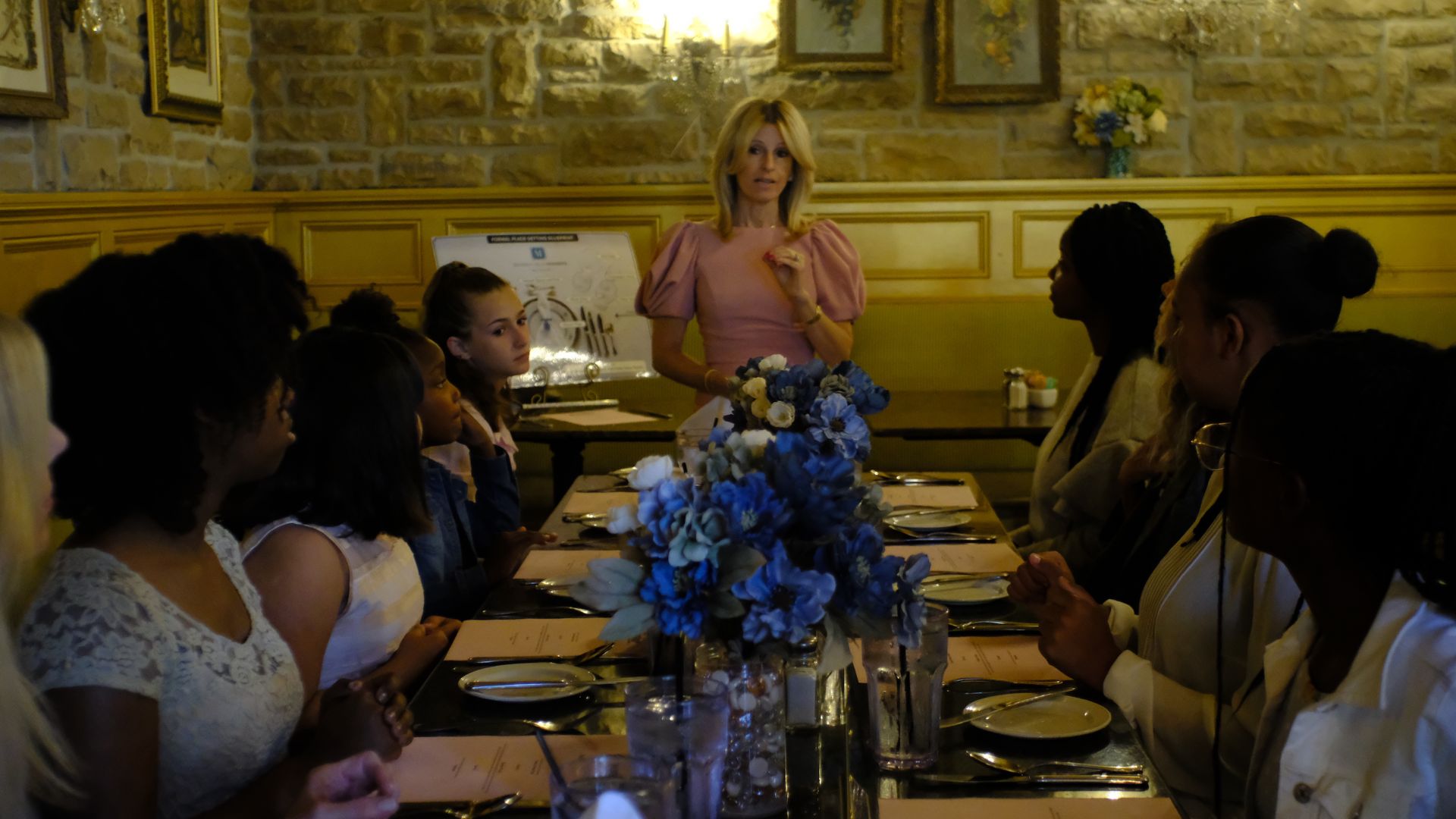 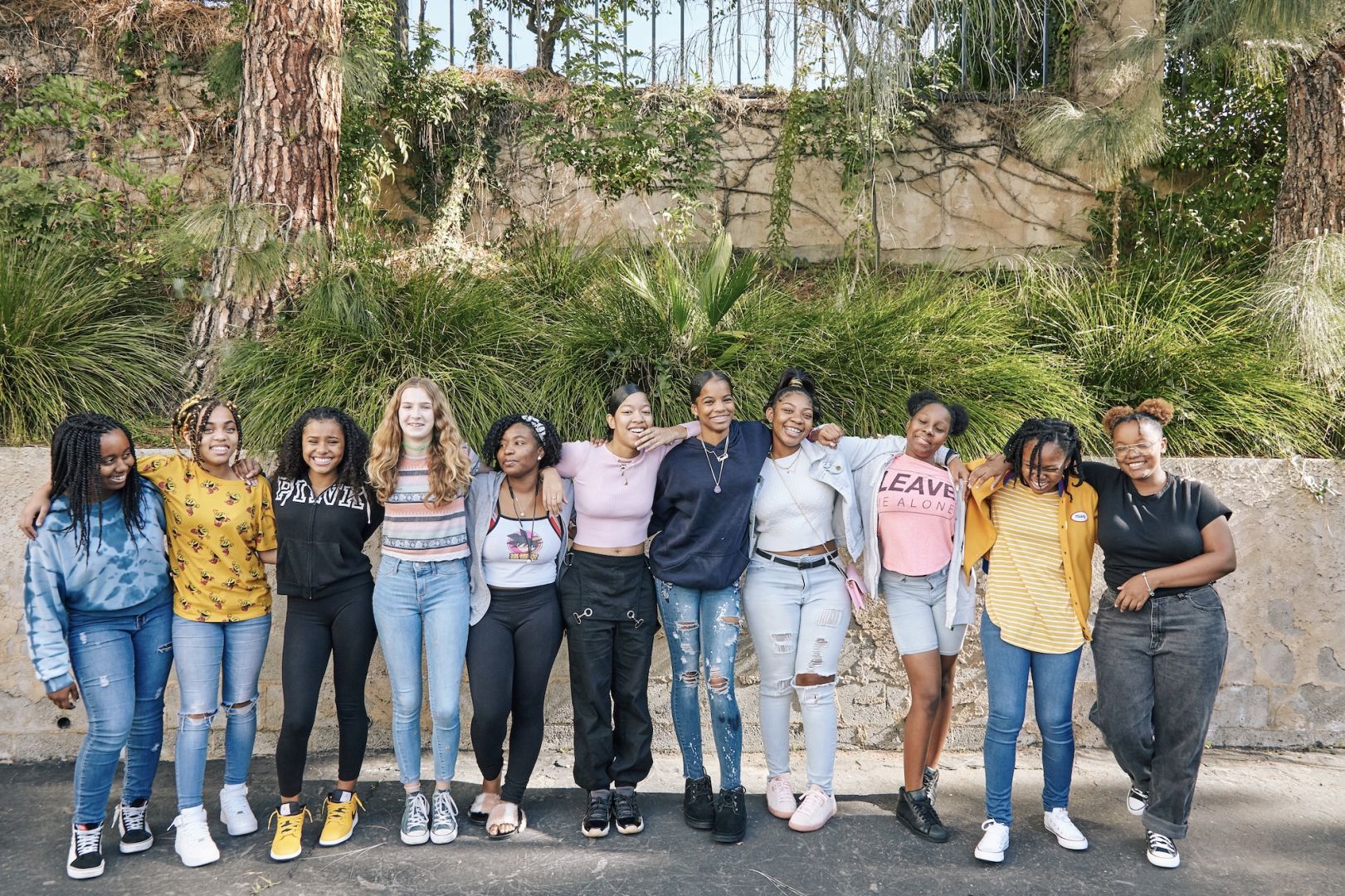 Alright, so let’s move onto what keeps you busy professionally?
Chavonne Stewart is an American vocal instrumentalist, entrepreneur, community advocate and philanthropist. Born in Los Angeles, CA, Chavonne’s formative years were characterized by close family ties, music and spiritual fellowship against the challenges common in underserved communities. After graduating from Washington Preparatory High School in 2003, the songstress began a career as a studio and background singer. Chavonne’s soulful voice has granted her the opportunity to travel the world and perform with acclaimed artists such as ‪Mavis Staples of the legendary Staples Singers and ‪Jackson Browne, with whom she also appeared as a featured vocalist on several albums, “Naked Ride Home”, “Time The Conqueror”, and “Standing in the Breach.” She has also recorded featured and background vocals for George Benson and ‪Al Jarreau “Givin’ It Up”, ‪Mavis Staples “Live: Hope at the Hideout”, ‪Ruben Studdard (American Idol’s second-season winner) “I Need An Angel”, and John Fogerty, “Wrote a Song for Everyone”, Faith Evans, and Beyonce to name a few. Chavonne’s view of the world blossomed in cadence with her musical career, but these were just the first of many petals – and – thorns in her journey through womanhood. Over the course of a few years, she has proven she could rise above the misfortunes of her upbringing and smash socio-economic statistics. Just shy of her quarter century mark of existence, Chavonne married Cameron Stewart. Within 5 years, her family and responsibilities multiplied to include three bright girls of her own. Off the mic Chavonne continues to make a significant impact in her community through the lives of young girls. As Founder and CEO of Exposher Inc., a non-profit organization dedicated to the development and promotion of inner city youth girls, her voice now amplifies their dreams and goals. Exposher programs and services focus on excellence, career development, and personal management. Currently the organization is working toward the procurement of a headquarters facility to better serve the community and expand the organization’s reach. Her vision and passion for Exposher is routed in her own experience rising above the freys of environment and circumstance. The phrase it takes a village to raise a child is the cornerstone of the Exposher mission. The organization is a part of that village for giving hope to tomorrow’s leaders and visionaries. “I believe if you can see it, you can reach for and achieve it. My goal is to expand the vision of what’s possible for young girls from my neighborhood and neighborhoods like the one I grew up in and ensure they know their value and are confident in creating their futures.” – Chavonne Stewart 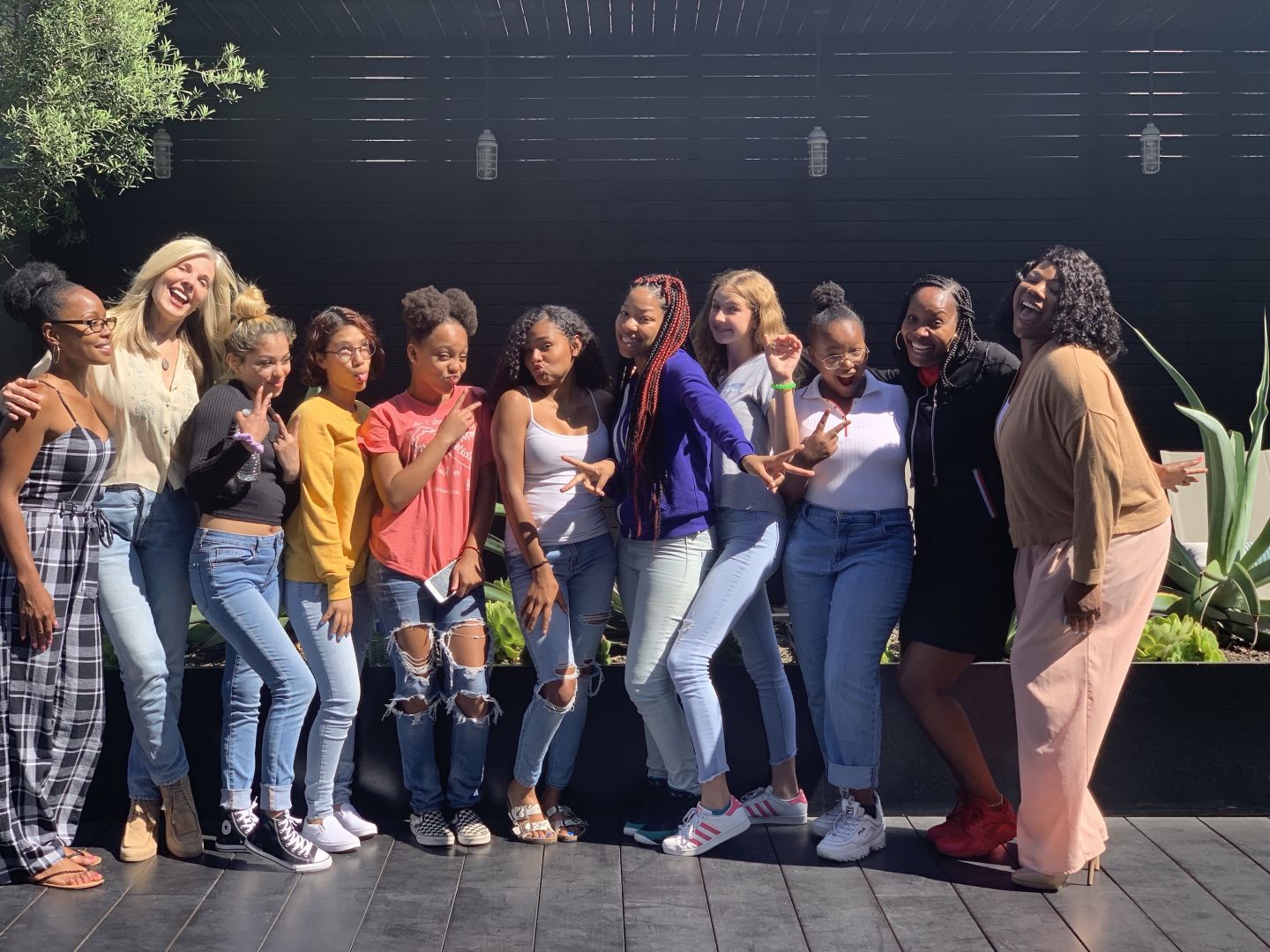 Any great local spots you’d like to shoutout?
My favorite spot in the city is LA Live in Downtown LA. I love good food and good fun and you get all of that at LA Live. 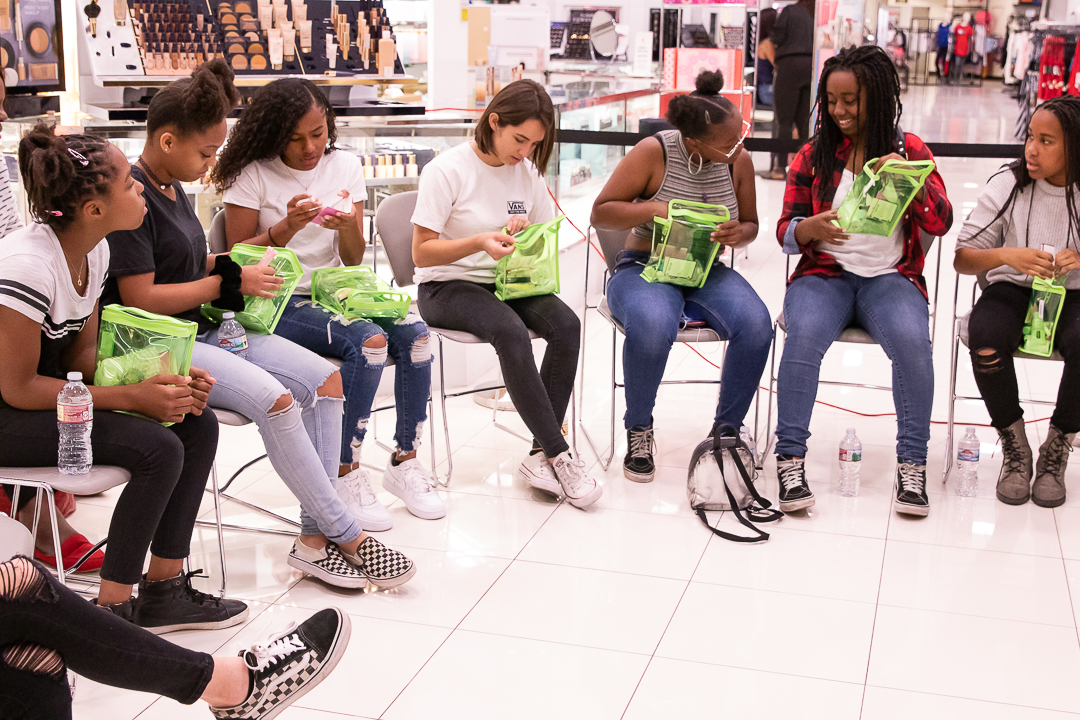 Who else deserves some credit and recognition?
I would like to shoutout my current boss and friend, Jackson Browne. It’s because of him that I was able to see the world and be exposed to so much. Being able to take part in Jackson’s philanthropic work really prompted my heart to give back in the way that I can. So, thank you Jackson for your heart and allowing me to see your heart. 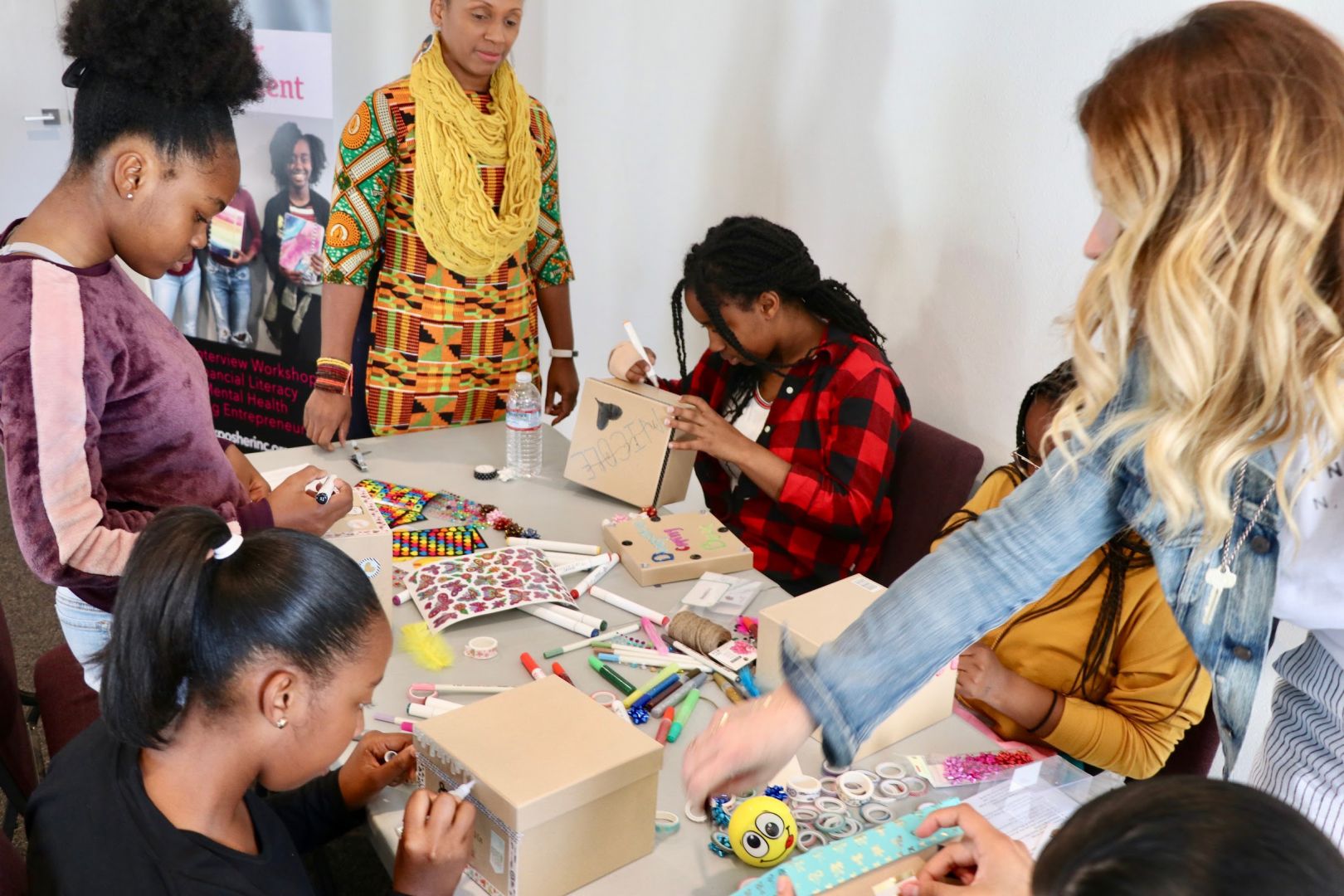