We had the good fortune of connecting with Cynthia Lujan and we’ve shared our conversation below.

Hi Cynthia, was there something or someone who had an outsized impact on your career?
The biggest influence on my artist practice and career as an artist, was traveling internationally to study abroad for five months as part of an exchange program during my undergrad studies that my alma mater Cal State University, Long Beach had formed with the Tianjin Fine Arts Academy. It’s during this time, back in 2013, that I was able to identify my affinity of public space. The impact it had on me was beyond my obsession for its visual qualities that I find so alluring, but also identifying the easy afforded access and lack of barriers that I had at experienced within public spaces. After all, I had ignorantly committed to studying in north east China without taking any Chinese language classes and this was all before tech was as readily available as it is today (I had my first smart phone in China before I had it in the US). It was difficult to meet people and I had a lot of guilt asking classmates to help me out all the time. The barrier of communication also was a barrier to accessing private spaces amongst other things. In turn, public space was accessible, walks were accessible, people watching was accessible…things most people are currently realizing during a global pandemic, that we took for granted. Back to 2013, it was at this academy were I was allowed to have my very own dedicated studio space which I shared with a classmate who was also studying abroad from Korea. It was so exciting to paint the things I wanted to depict, to have the liberty of painting for hours on end, or quite the opposite–skipping a whole week on painting. I learned that I was the one had to set my schedule and responsibilities with respect to my artist practice. I was the one who had paid to come study at an academy in another country were I didn’t know the language, I was the one who had to prove to no one other than myself that I was serious about studying the nuances behind visual communication. This is what influenced me to commit fully to my career, to my artist practice and I realized that I’d eventually be granted this same autonomy upon graduating and wouldn’t always have direct access to a mentor or a community that instructed or inspired me to create. 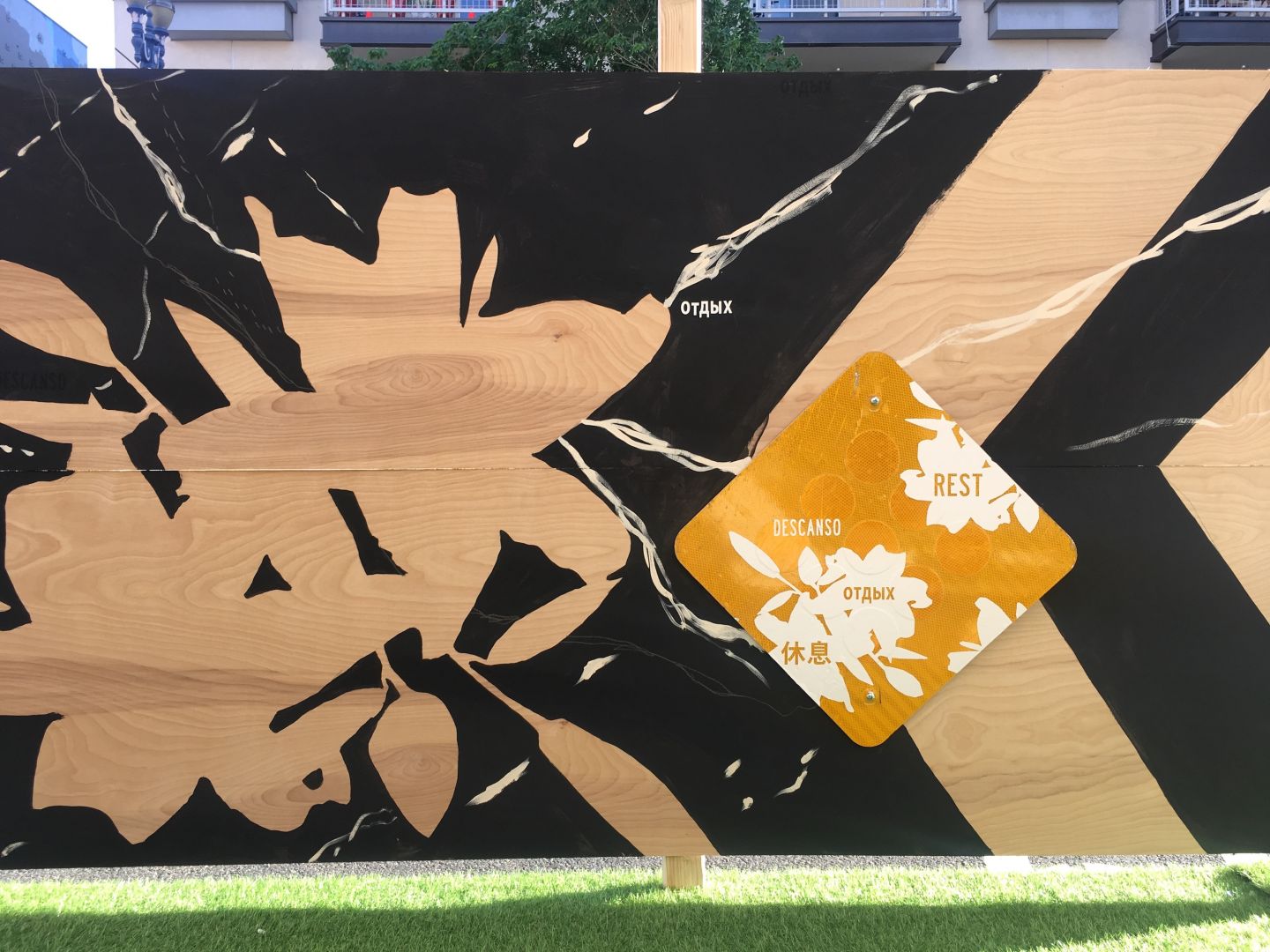 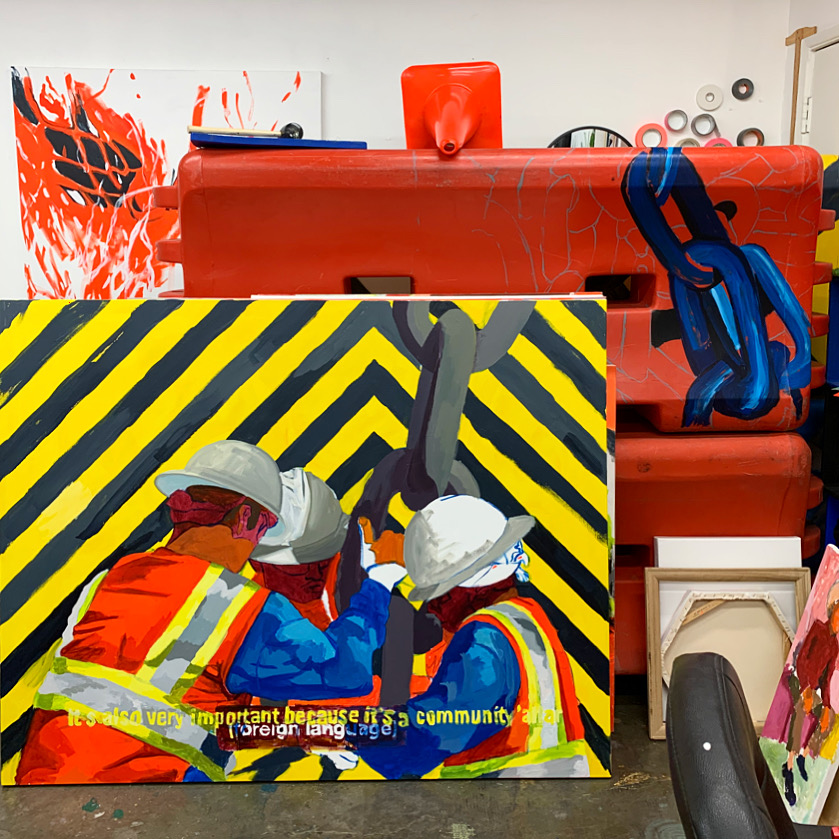 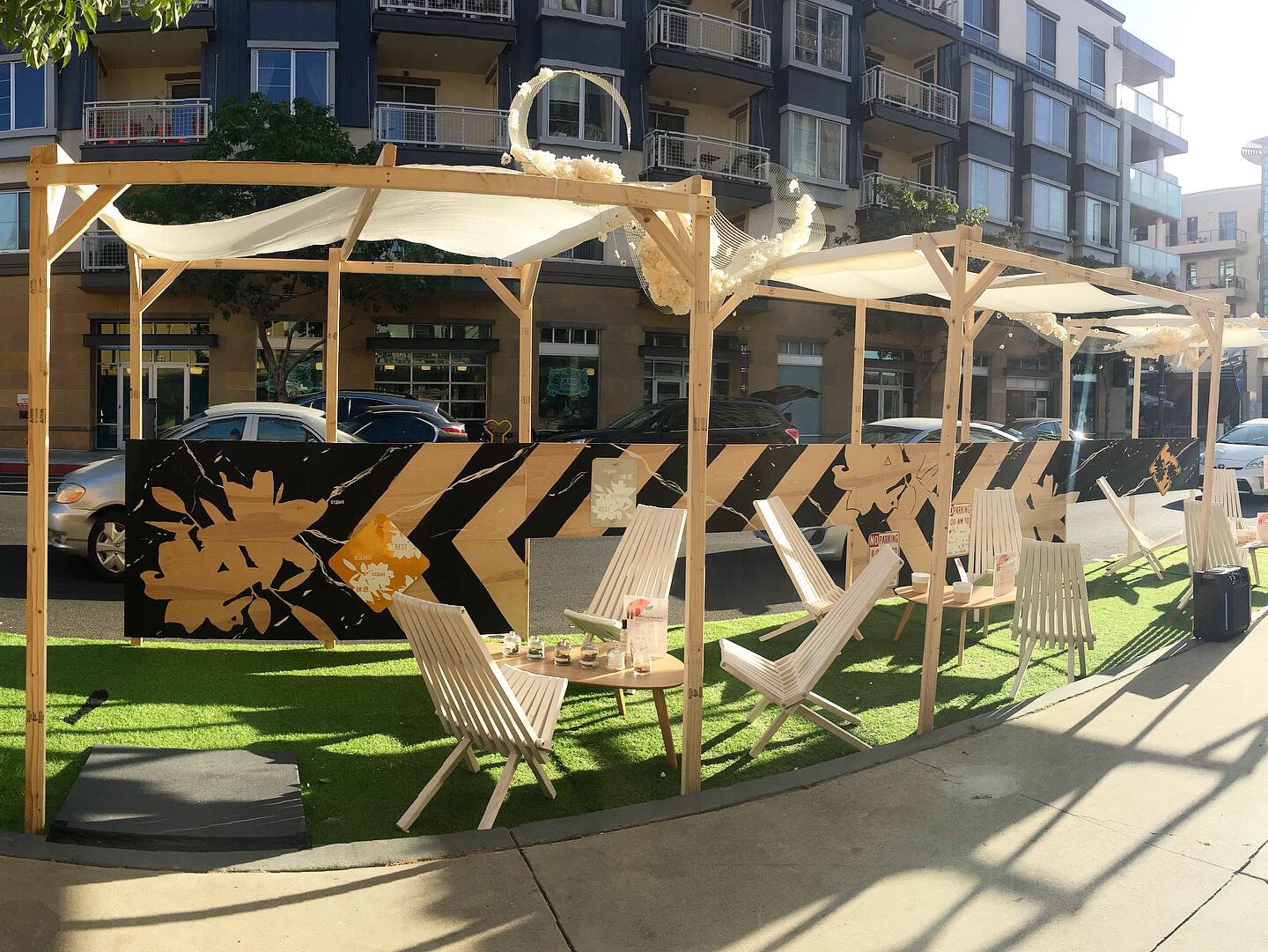 Can you open up a bit about your work and career? We’re big fans and we’d love for our community to learn more about your work.
I am a visual artist that uses imagery that signals safety and through my paintings or mixed media artwork I investigate the dynamic of power the concept of safety has on people both as a denier of autonomy and protector from danger. I am very proud that I’ve finally synthesized my ideas and that I have continued to work with the same subject matter for almost 8 years now, and that I am still not bored of it and see so many nuanced projects that can sprout from these themes. I got to where I am now because I realized I needed to grow the discipline from within myself and not depend on anyone else to commit to my practice. I also got to where I am at because I have a network of people who believe in my work and are so supportive of the dialogue my work sparks and interested in sharing my work with others who it might resonate with. I learned that, you can’t do it all and that you have to carefully pick and choose what opportunities are going to help you and not hurt you in the long run. I learned that in the United Stated of America it’s important to distinguish the pride and joy I have in my career from the feeling guilt I feel when spending my time, money, and effort in supporting my ideas while living in a society that doesn’t innately value arts & culture as an essential human right and essential human experience. I want people to experience my work and know that it’s important to not act from a place of fear and to disarm themselves when traveling through public spaces. Lastly, to not take public space for granted and actively choose or organize to invest in more projects which support safe accessible and enjoyable public spaces for all. 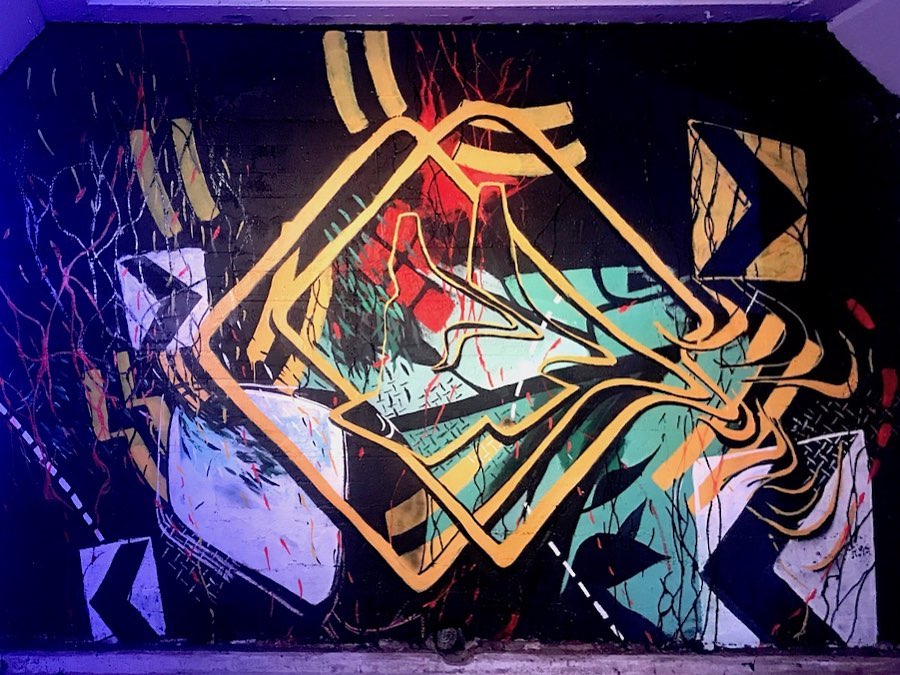 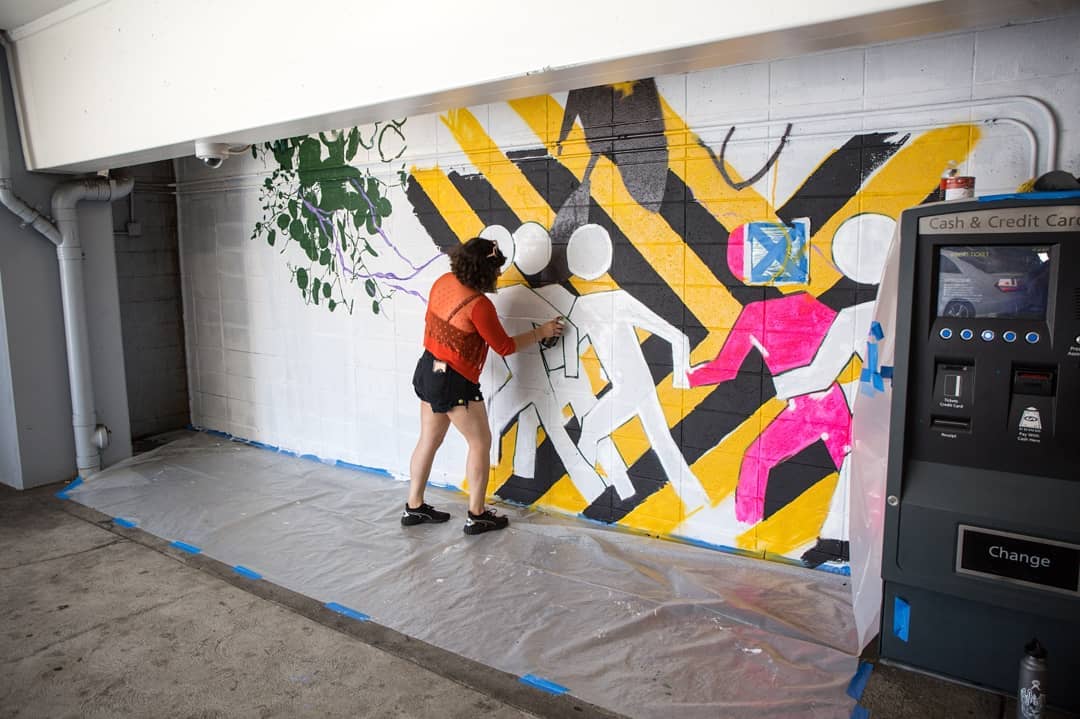 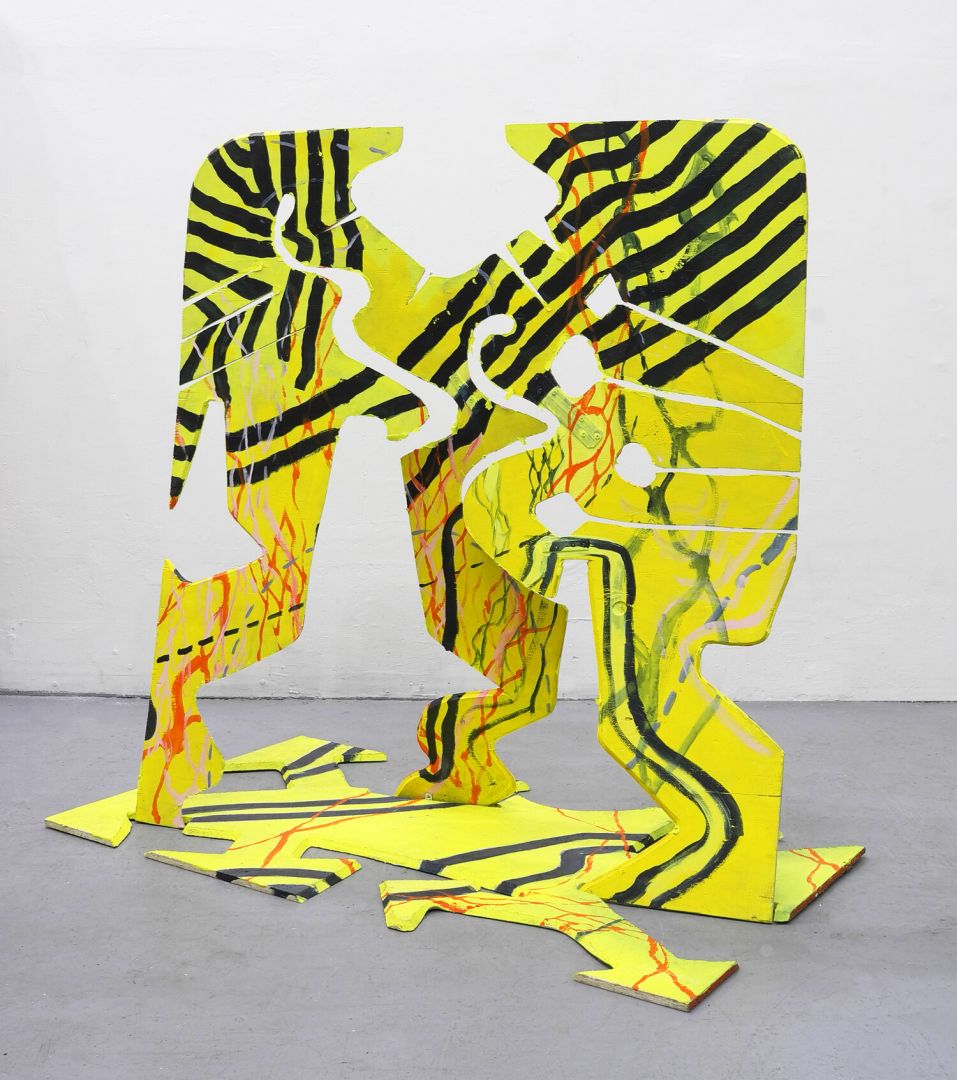 Any great local spots you’d like to shoutout?
I would take them on a public art tour in the City of Long Beach, and use this map: https://artslb.org/public-art-map There are so many great places to eat and pre-pandemic, hang out and chill at. 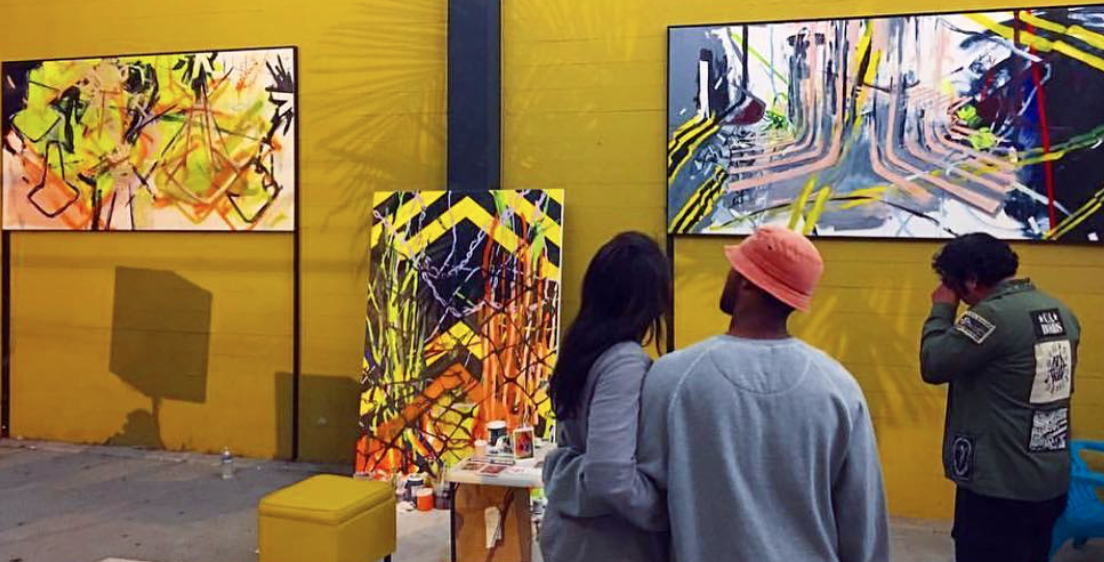 Who else deserves some credit and recognition?
My professors during undergrad were an amazing group of people to learn from. My cohort was so hardworking and that ambition was definitely a motivation to keep going and keeping each other accountable in our practice. All of the community leaders that I’ve met while working in Long Beach who have supported me in the first 5 years of my career have been so instrumental in getting my work seen, as well as connecting me to people who appreciate the themes of work I create dialogues with.

Meet Sheri Bradford | Sheri Of All Trades, Master Of Most