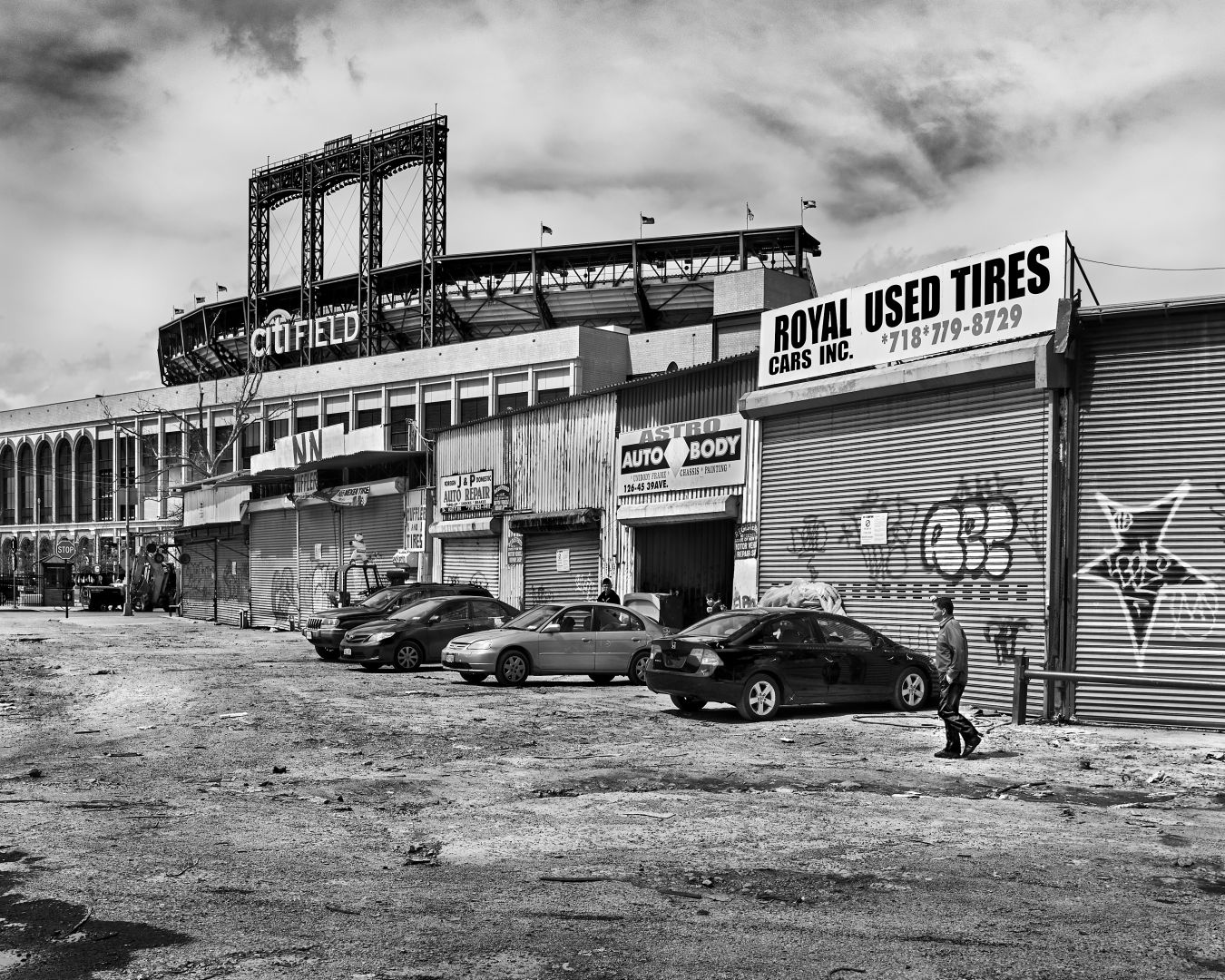 I came from a family that was very creative, but most of my family never had the ability to go to school for art or pursue an artistic career. My cousins and I were the first generation to be able to go to school for art. My father started as a machinist and went to night school for engineering while i was a child. It was very hard for him to send me to school for art, but in the end he trusted me. I realize that I am very lucky and not everyone can do that or have family that supports them. For me there was never really a decision, Read more>> 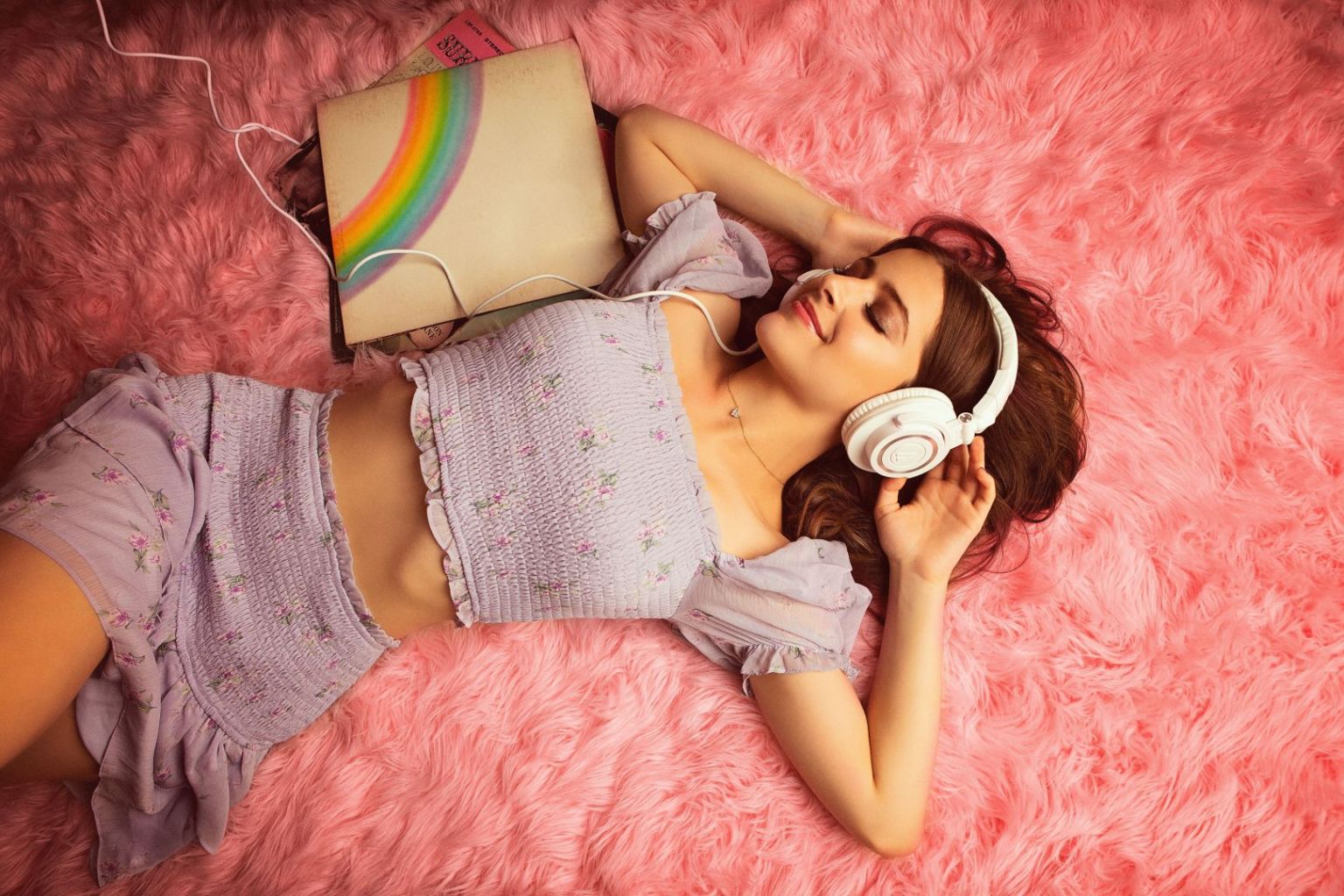 A musical career path chose me! I was always so attracted to the arts. It was a very innate calling that began the day I was born. I think it is because I always felt so touched and moved by creative expression. I recognized music had this power to communicate human emotion in a very special way. I remember the feeling I would get when watching live musical performances for the first time; it felt magical and would often give me chills and bring me to tears. I knew in my heart that I wanted to move others in the same way. Singing and writing music just sort of happened. I’m not sure how to explain it, but I felt compelled to express myself in this way; regardless of making a career out of it or not. I started singing ever since I could talk, because it simply brought me so much joy. Music made me feel safe and warm inside, and it helped me to explore deeply what it meant to be human. Read more>> 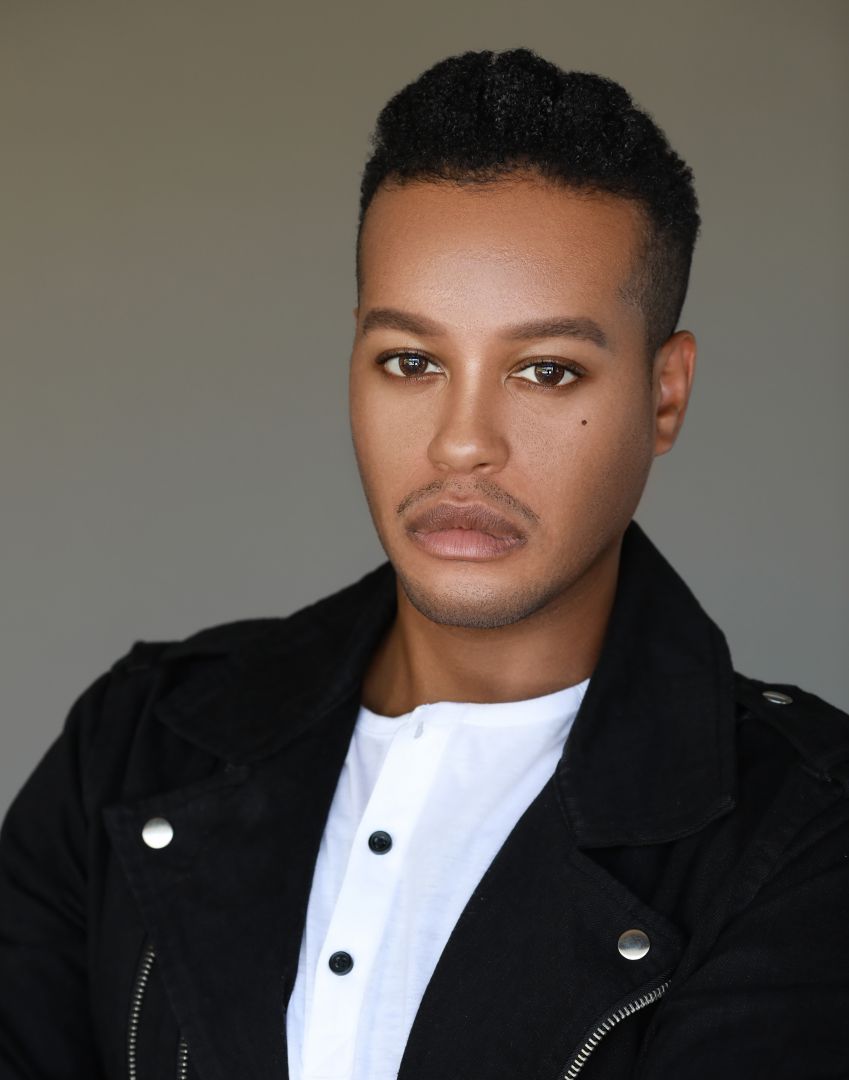 I pursued an artistic career at an early age, a very early age to be exact. I want to say age five is when I chose my career in entertainment however, age eight is when I actually got started. Entertaining is a gift I was born with and have always naturally gravitated towards gaining the attention of others. Once I realized I was able to interrupt conversations of others to entertain them, I liked it and wanted to keep it going. However, Once I realized I was able to entertain myself and not get bored, I knew being a creative artist was for me. That may sound backwards to some but, if I can make myself fall to my knees in laughter, then I feel I’ve moved past the hard part. Once people see me having a good time, entertaining others is the easier part. Read more>> 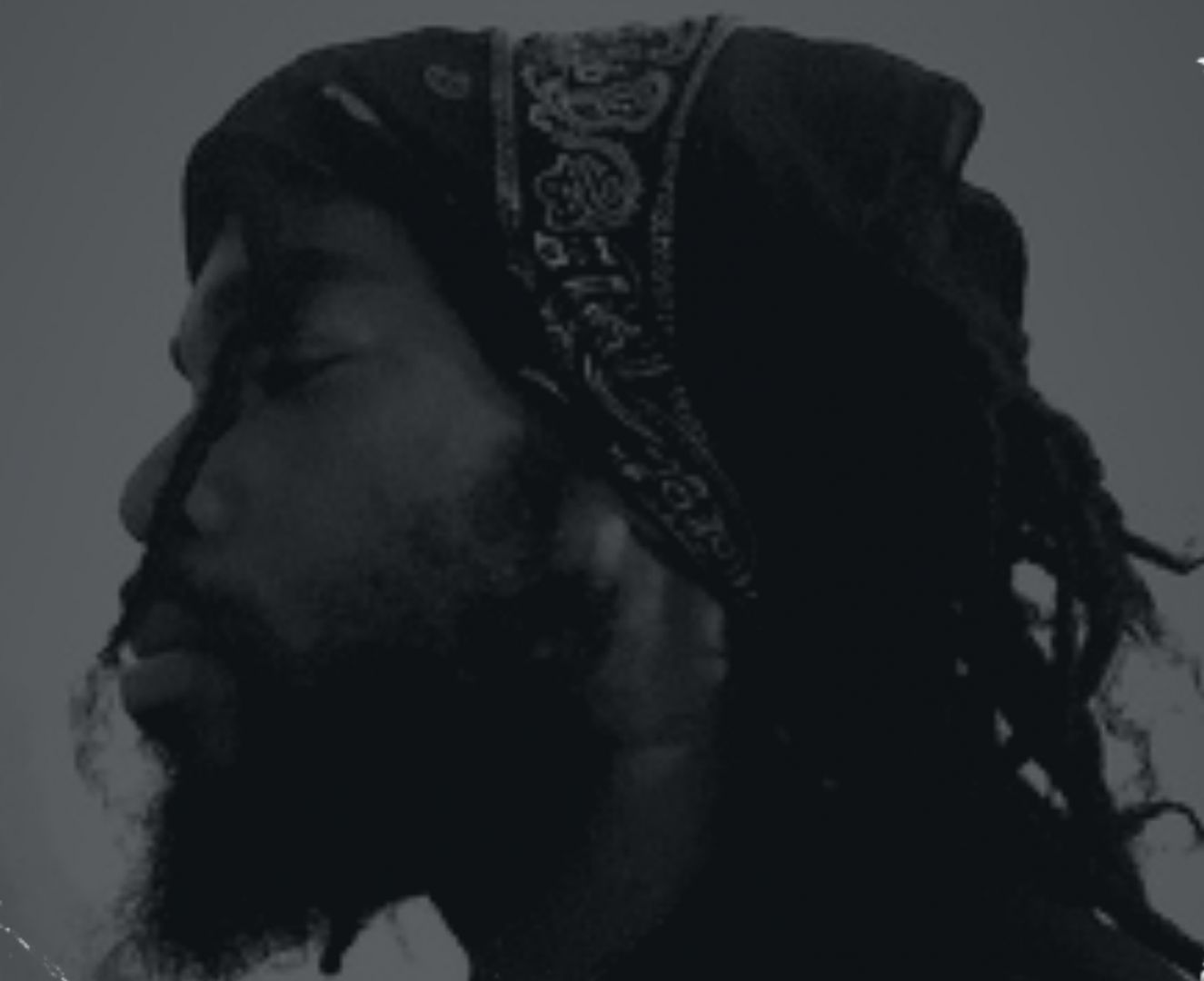 I chose to pursue an artistic career because of the freedom. I strongly believe that slavery still exists, but in a way that most are not able to see. The ability to give others hope, something better to fight for, and a better understanding or example of who The Most High is motivates me. I feel as if I am created to be a recording artists. For me music is more than sound, it’s a message. Each artist has the free will to express a positive message, a negative message, or a message that is neutral and does not choose a side. I want to lead people out of the negative and into the positive. Read more>> 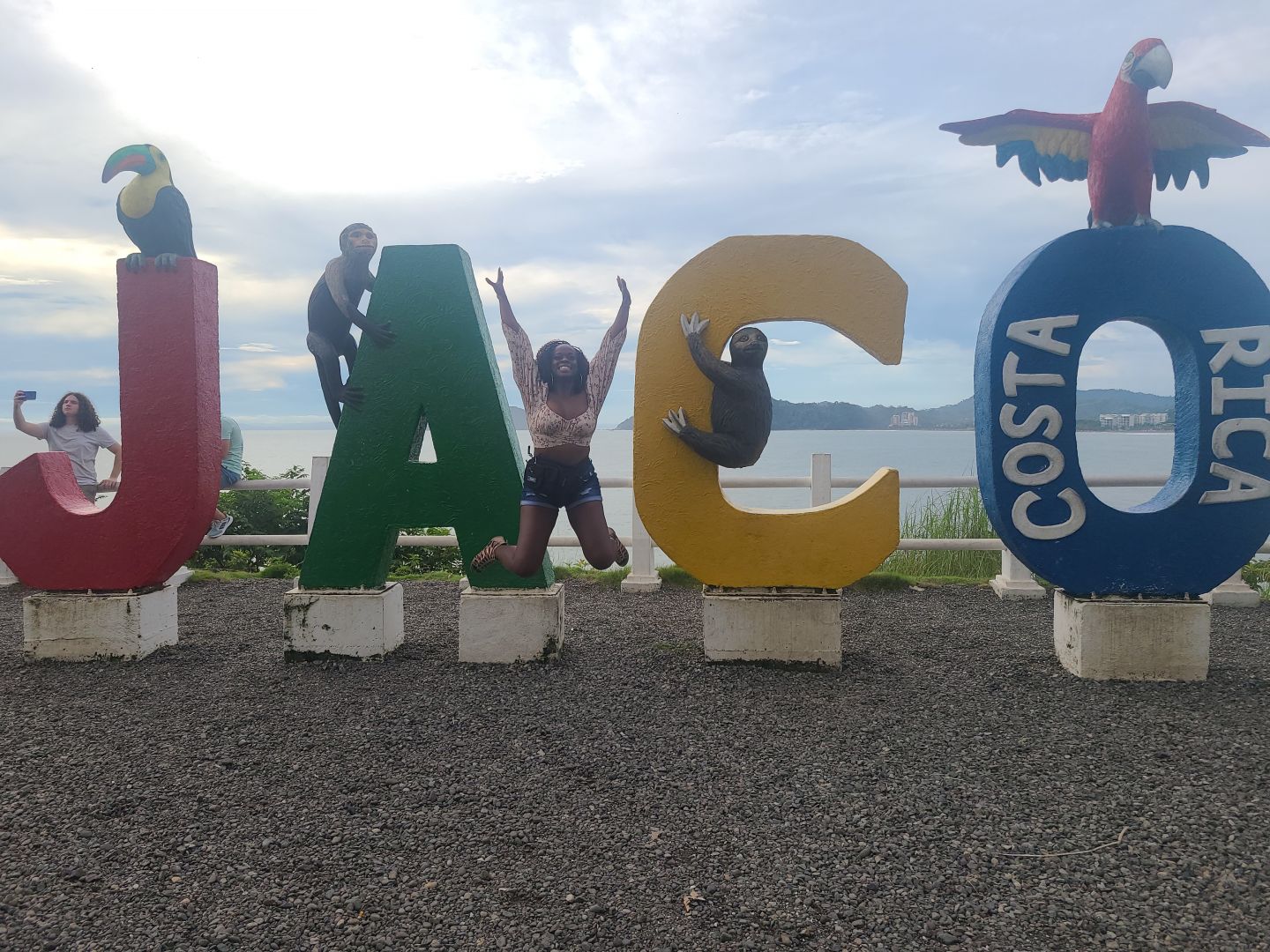 As a public relations specialist being creative is at my fingertips. Problem-solving situations on the spot, expanding my resources, analyzing and etc. Honestly, this is how I am every day even if I didn’t pursue public relations as a career, but pursuing this career made it easier for me to explore my creative side and have fun with it. They always say, do what you love and it will never feel like work. Read more>> 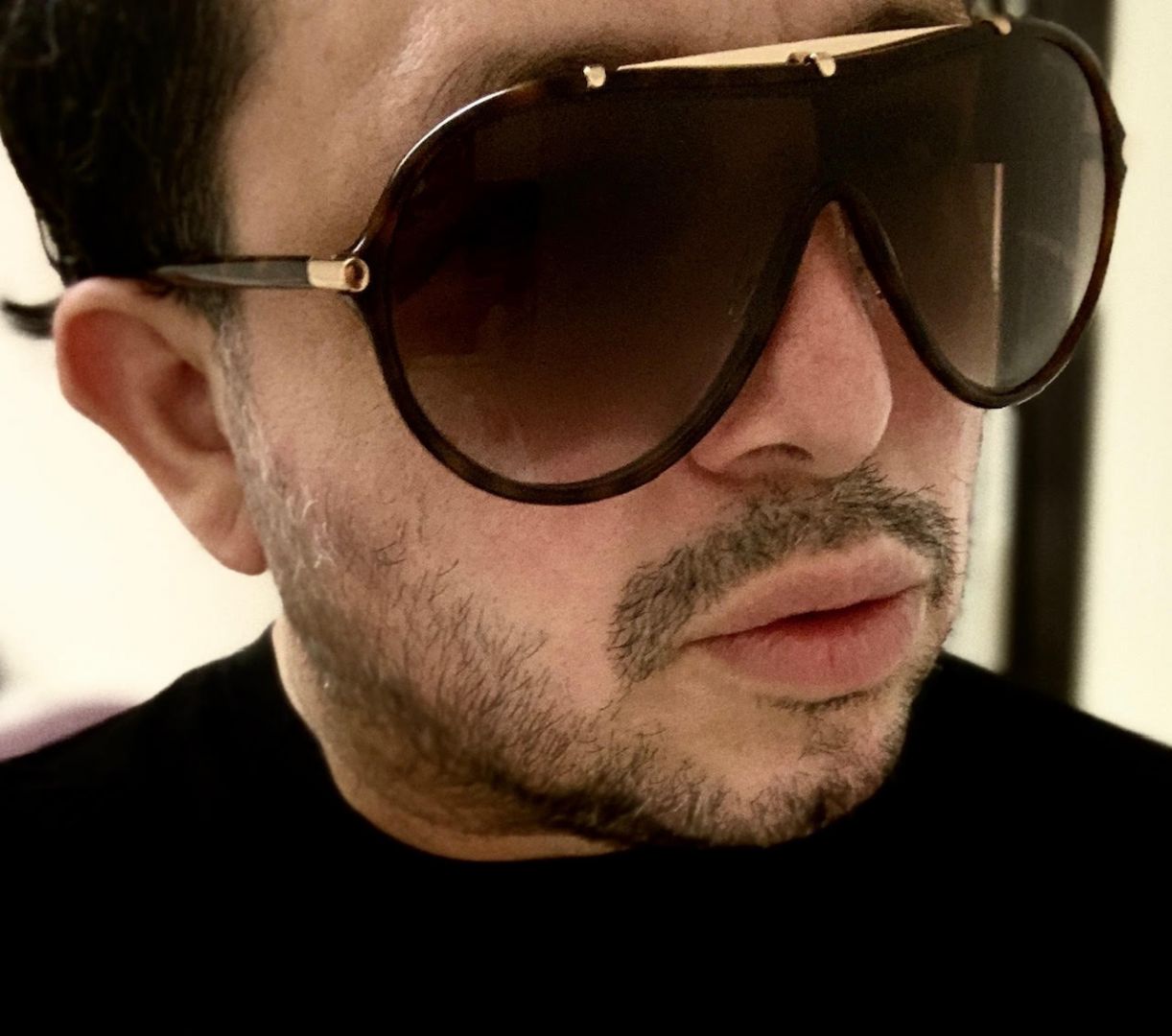 Pursuing an artistic or creative career was pre destined for me. My dad was a singer and he named me Darwin, because he wanted me to follow in his footsteps. As a teen, I was always fascinated by the arts. I have always had a passion for movies and music. The first film I executive produced is called, “Adventures of Power” directed by Ari Gold, starring Adrian Grenier, Michael McKean, Jane Lynch & Shoshannah Stern. I’ve also done work in the Sopranos, Castle, Hopes Portal and executive produced and edited the music video “Fight” featuring Cara Quici. I met Cara after she did her first single called “As We Live”, a beautiful ballad. Read more>> 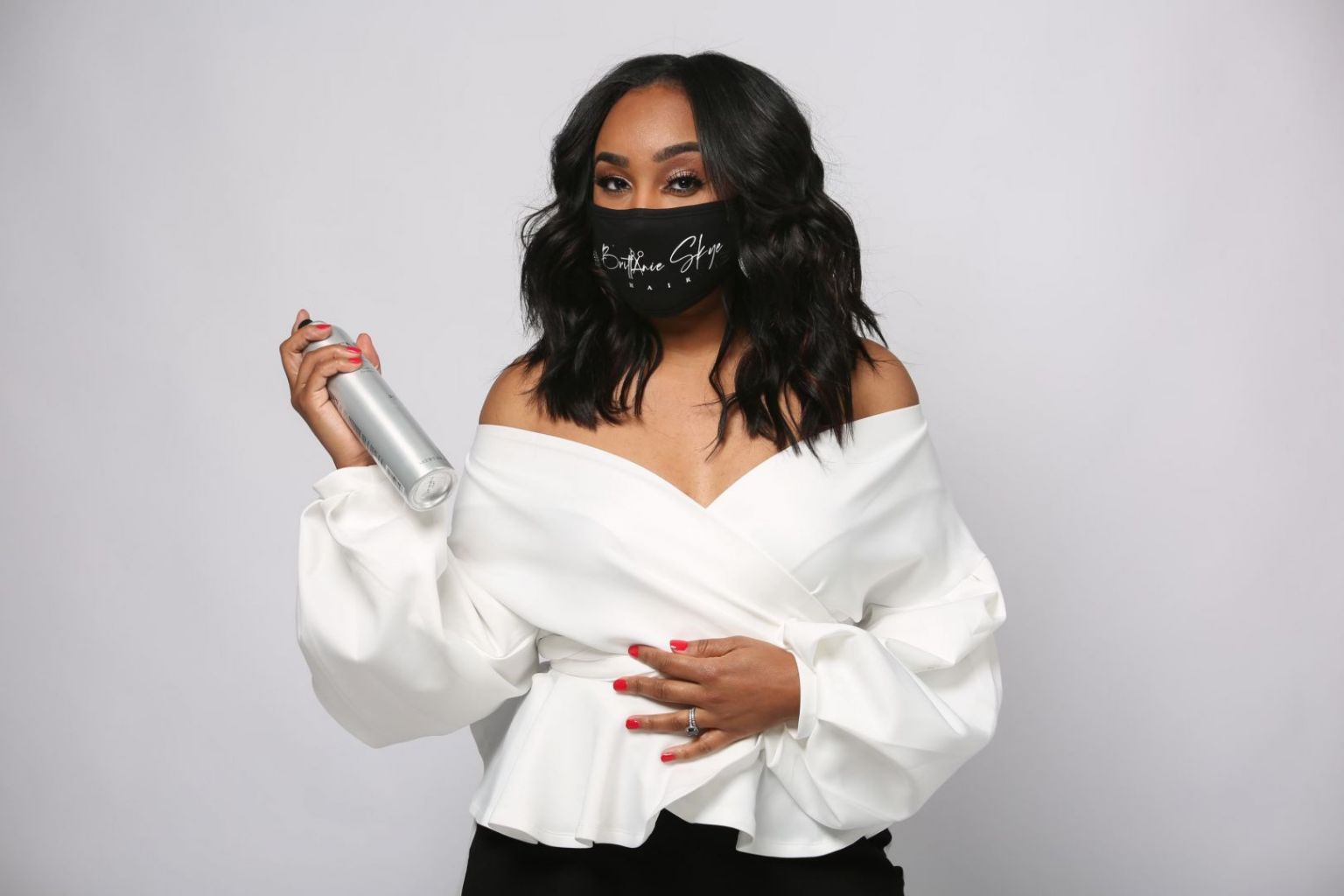 I have always thought outside of the box. When I was younger I couldn’t appreciate that ability nor did I understand it. I just thought, “people just don’t understand me.” Or “I don’t fit in.” But as I grew to understand that I was meant to be “different”, I learned to embrace what I then realized was my creativity. I saw the world differently than most people. I had a way of always seeing the beauty in everything. So I knew that whatever I did in life it would have to be something that allowed my creativity to flow freely. Read more>> 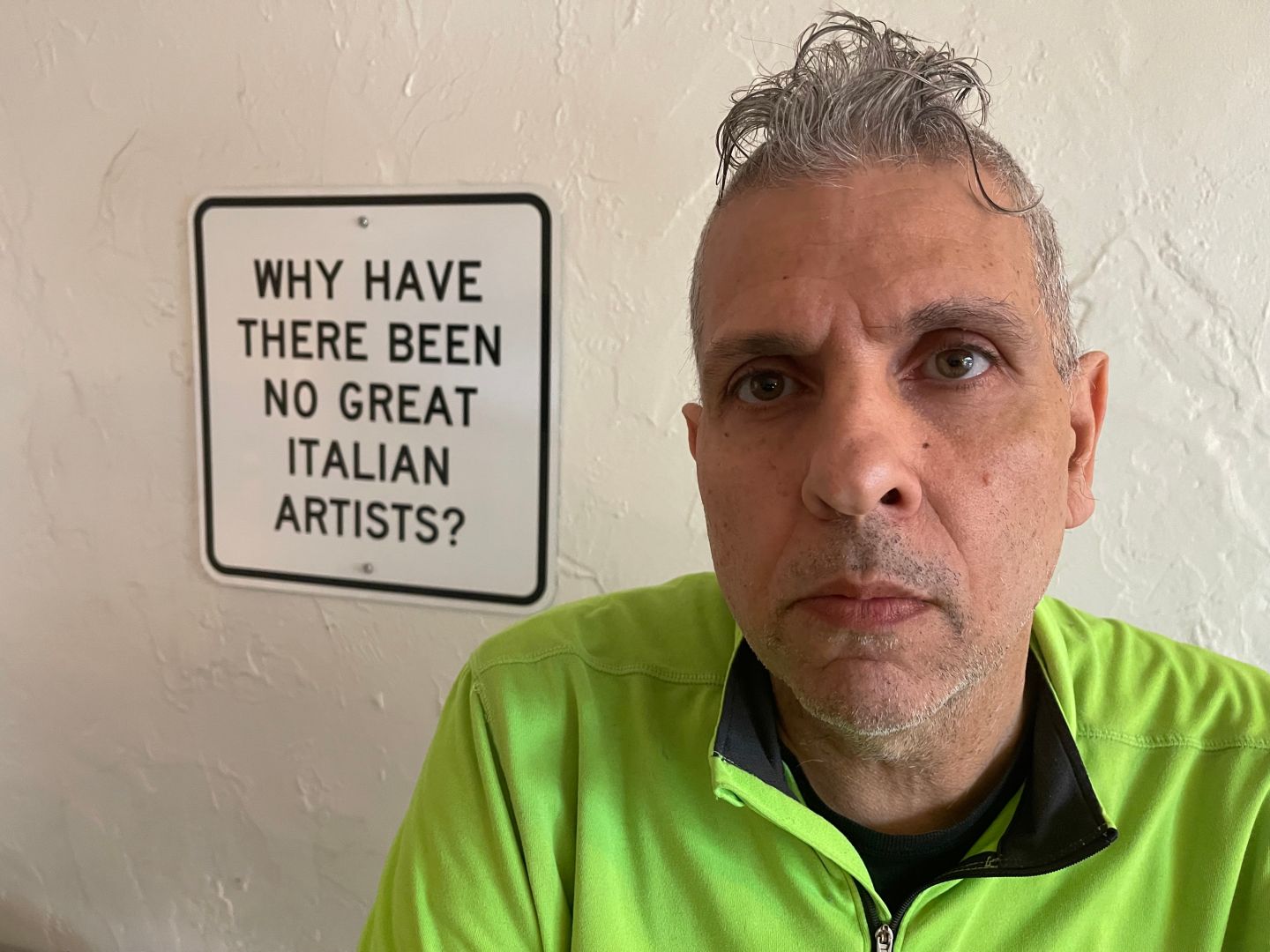 I have no idea why someone wouldn’t pursue a creative career to be honest. I was born to Italian Immigrants in 1964. I had some facility for drawing when I was young and enrolled in a magnet art program when I started high school in 1978. I was into things like Mad Magazine, Wacky Packages, and 70s comedians (Carol Burnett, Redd Foxx, Norm Crosby). The high school art program was ultimately disappointing as it focused on design skills which didn’t interest me at the time. I had some vague idea about being a fine artist but I didn’t know what that was when I was in high school. Read more>> 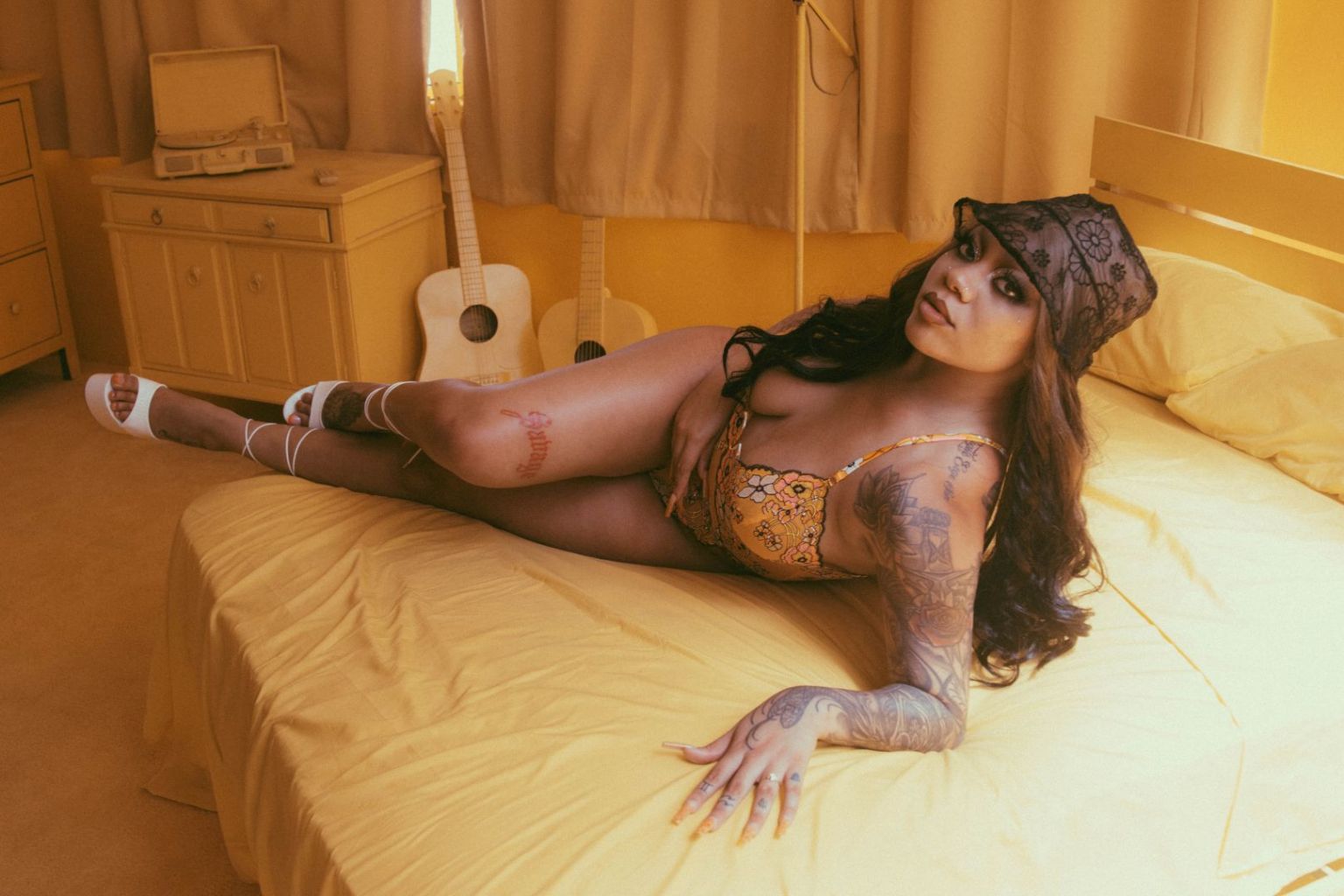 I decided to become a nail technician because I am really good at using my hands and creating things whether it is drawing, painting, sculpting, reconstructing etc. I love all things art and being able to express myself in all forms, especially creatively. I don’t like conforming to the normalities of a regular work life. If I can’t be my complete self at all times, I’ll feel trapped. I’d much rather work 24/7 for myself, invest in myself and my own pockets than to make money for someone else if I’m not enjoying the work. I enjoy using my time to challenge myself creatively and working on my skills and technique in order to perfect a craft. Art is all about the process; making something from nothing. I fall in love with the process every time being in a creative career field. Read more>> 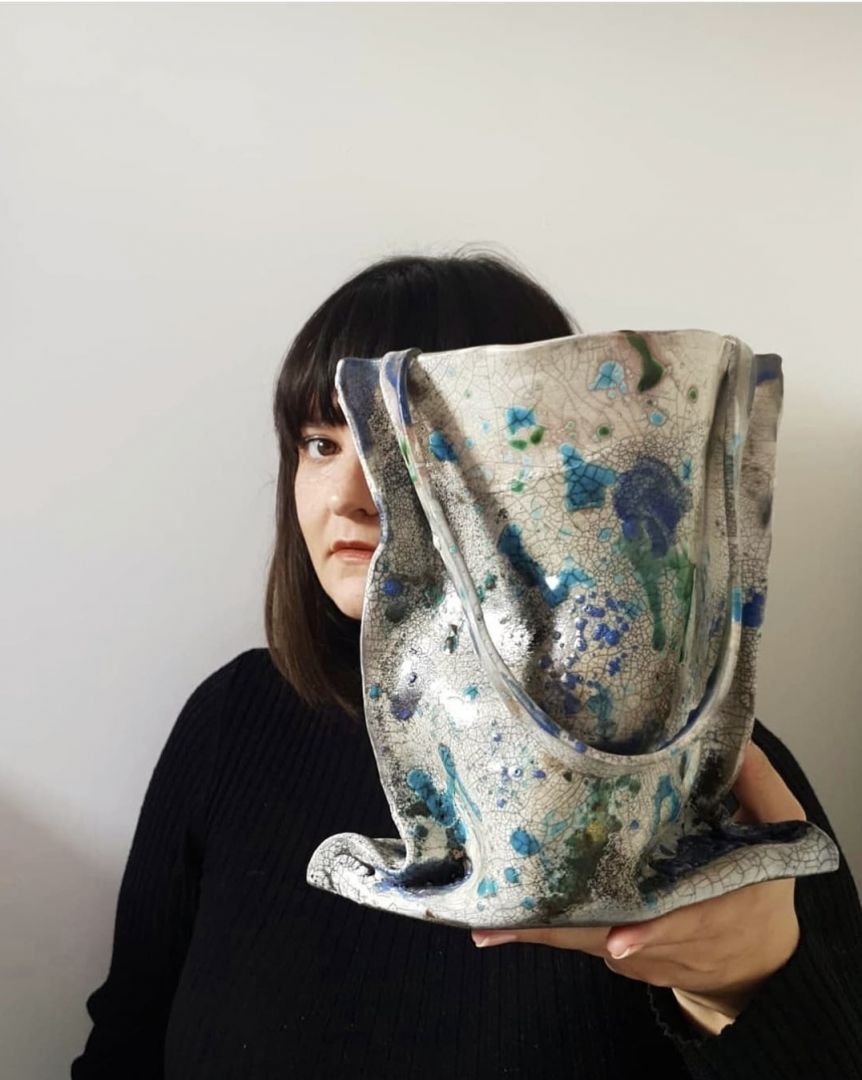 I’ve been creative as long as I can remember. I’ve aways been crafting from random materials and salvaged things. I took Art in High School but it was never shaped as a potential career by our teacher. It was something to be considered a hobby. Which is what I did, I continued to pursue creative fields in my spare time. It wasn’t until I returned to University in my mid-twenties that I knew I didn’t want to follow my degree into full time employment. No one seemed to really enjoy it. I finished my education and fell into working freelance for other creatives. It was finally then that I could see the joy and also the prospect of being able to create a path for myself using my creative skills. It’s always where I’ve felt happiest and it’s been important to me to be able to work to my own limits and timelines, which is something that I’m now able to do. Read more>> 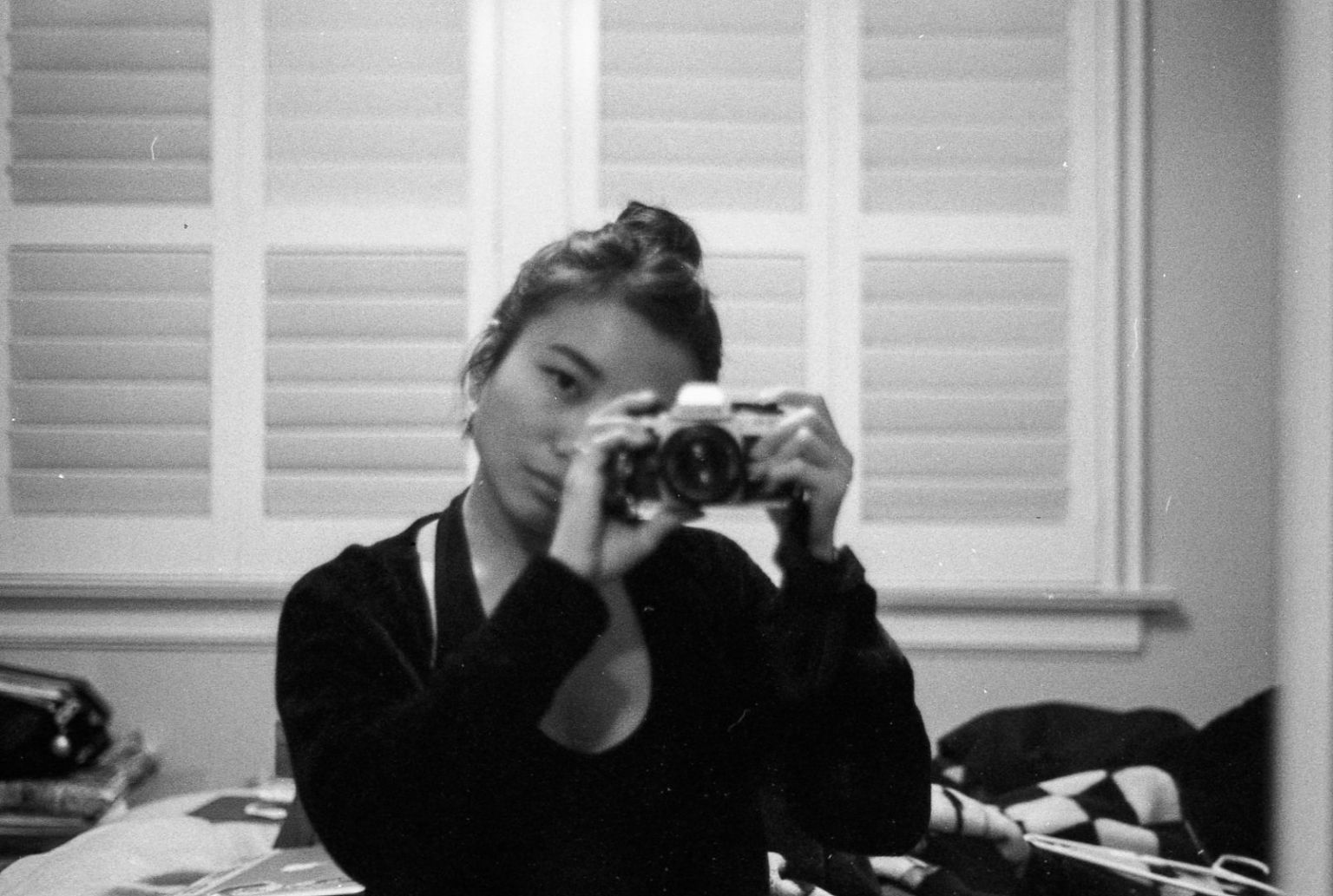 I pursued an artistic/creative career because it felt natural to me. I always took an interest in art growing up. When I was a kid, my older brother handed me down his old digital point and shoot camera and that was THE item I always brought with me wherever I went. I took my first art class in video production during high school and was in love. I wanted to learn more and immerse myself in the art world, whatever that meant to me at the time. Read more>> 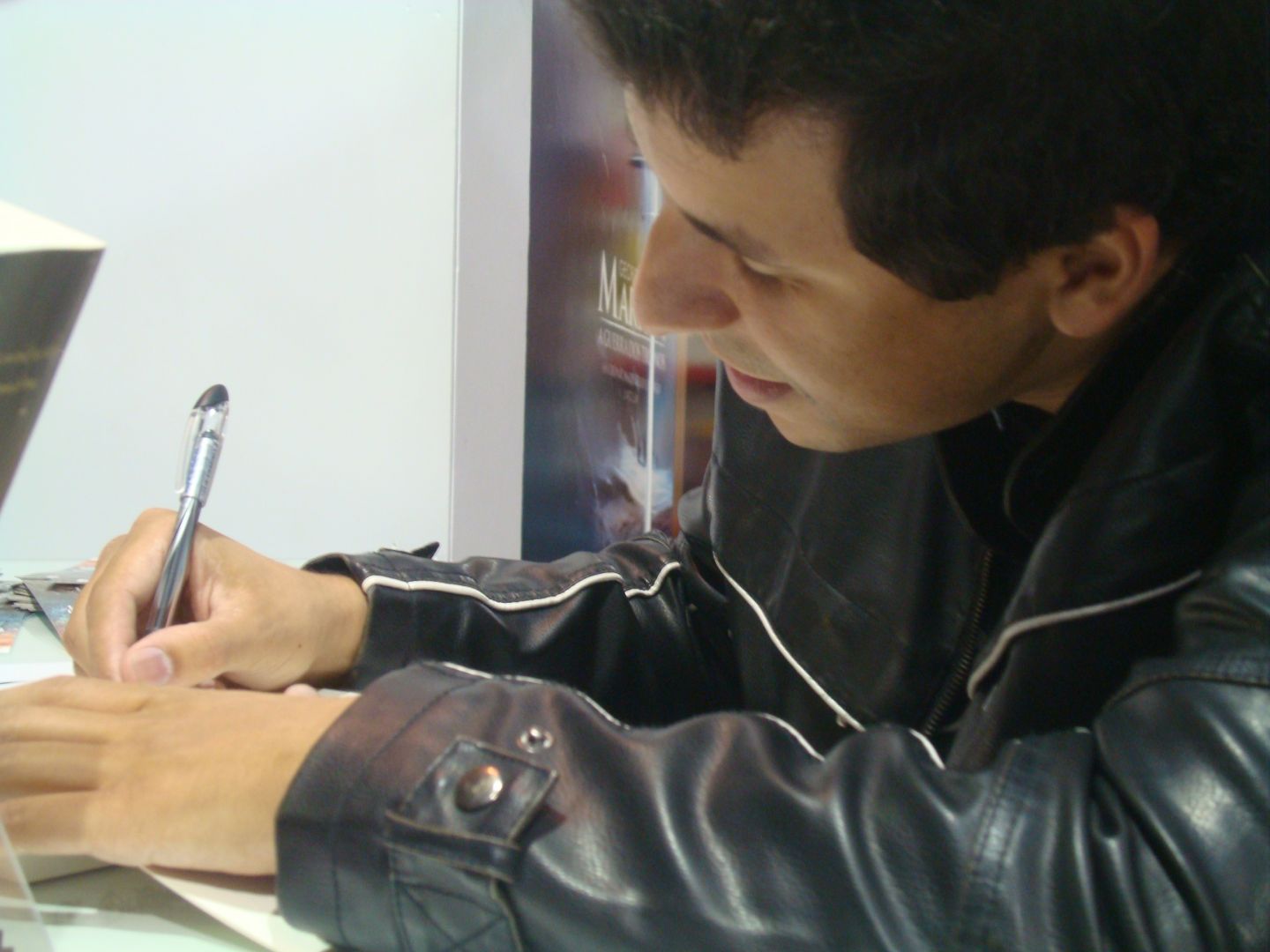 I come from a poor background in Brazil. My father was from a favela in Rio, and I grew up in a violent and dangerous reality. My grandfather, however, was a storyteller. One of his countless professions was being a movie projectionist, and he used to tell me stories before bedtime. Stories like Casablanca, his favorite movie, or John Wayne movies. I basically became a live version of the boy from Cine Paradiso. When he died I inherited his book library. Telling stories became not only a connection with my origins but also my way of dreaming of the kind of reality I wanted to live. Read more>> 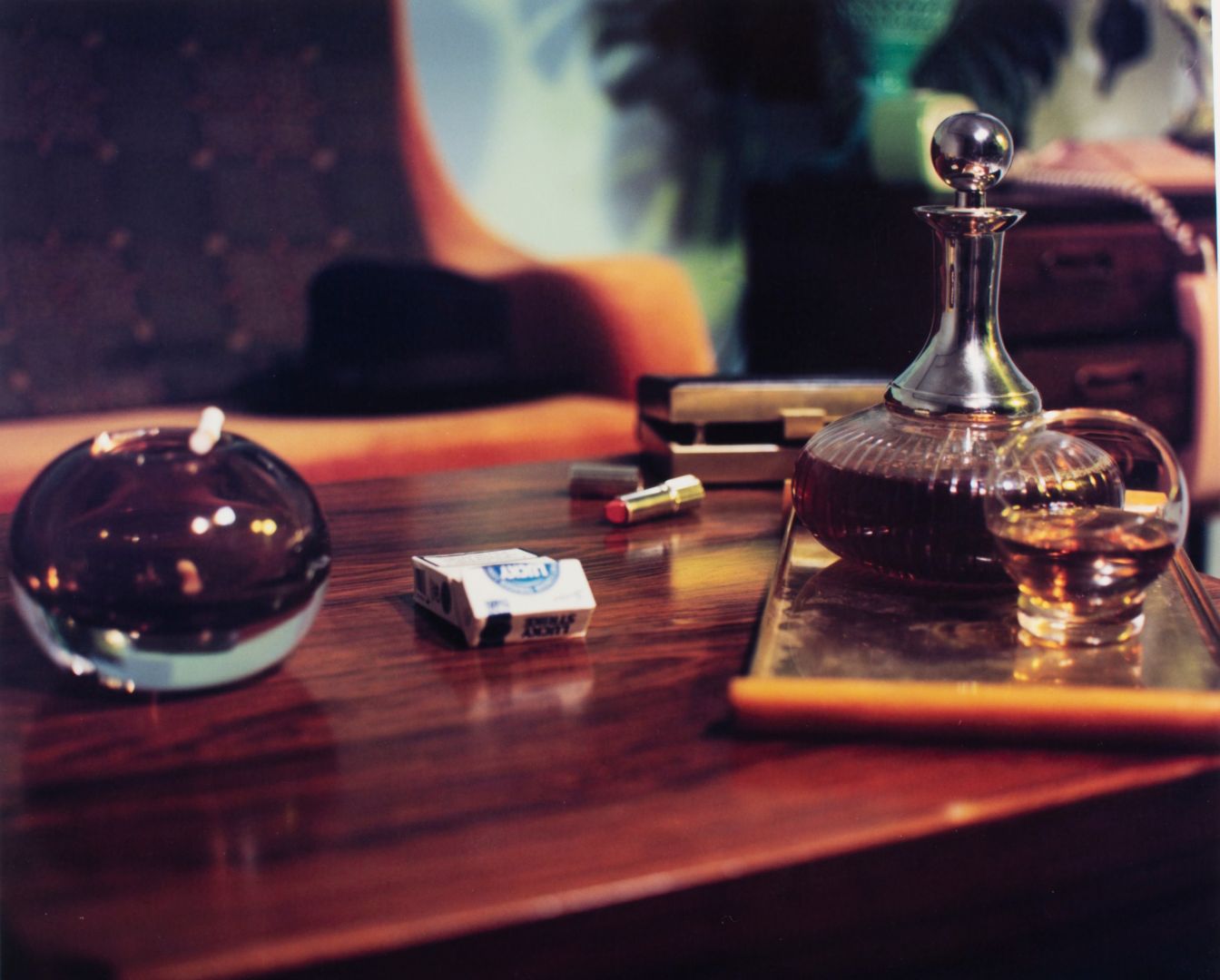 I suppose for me, it wasn’t the case of pursuing, it has always been a way of life and not a career. I work to be able to fund my practice and luckily I have been able to work in the creative arts to do this. From a young age I was always creating and it wasn’t until I was in the last years of my school where it became a problem. It was frowned upon to want to want to go to Art school and this stunted me for a while in my creativity and it took a while to build up the courage to go public with my work, but I always kept making the work and finally got myself a studio where things really began to progress for me. Read more>> 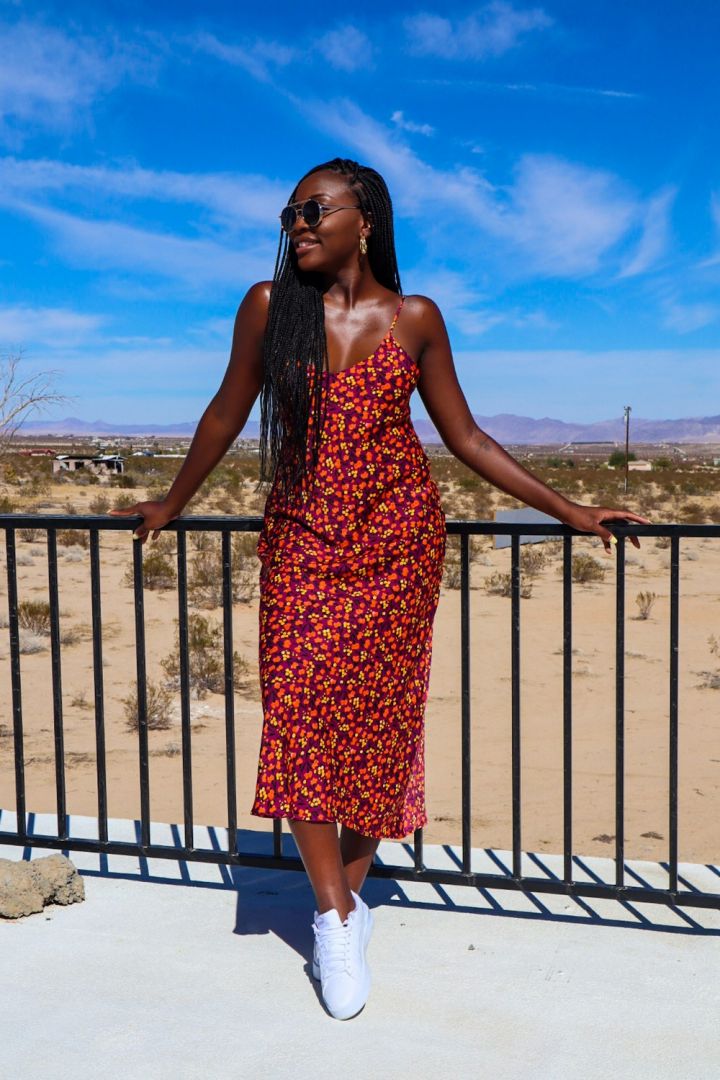 I studied Health Administration during undergrad and shortly after pursued a Master’s degree in Public Policy. Initially, I thought I would pursue law or advocacy as a career, but I quickly realized I was not interested in those fields. I was fortunate enough to have taken a statistics course during my Master’s program, which introduced me to the idea of analytics as a profession. Read more>>