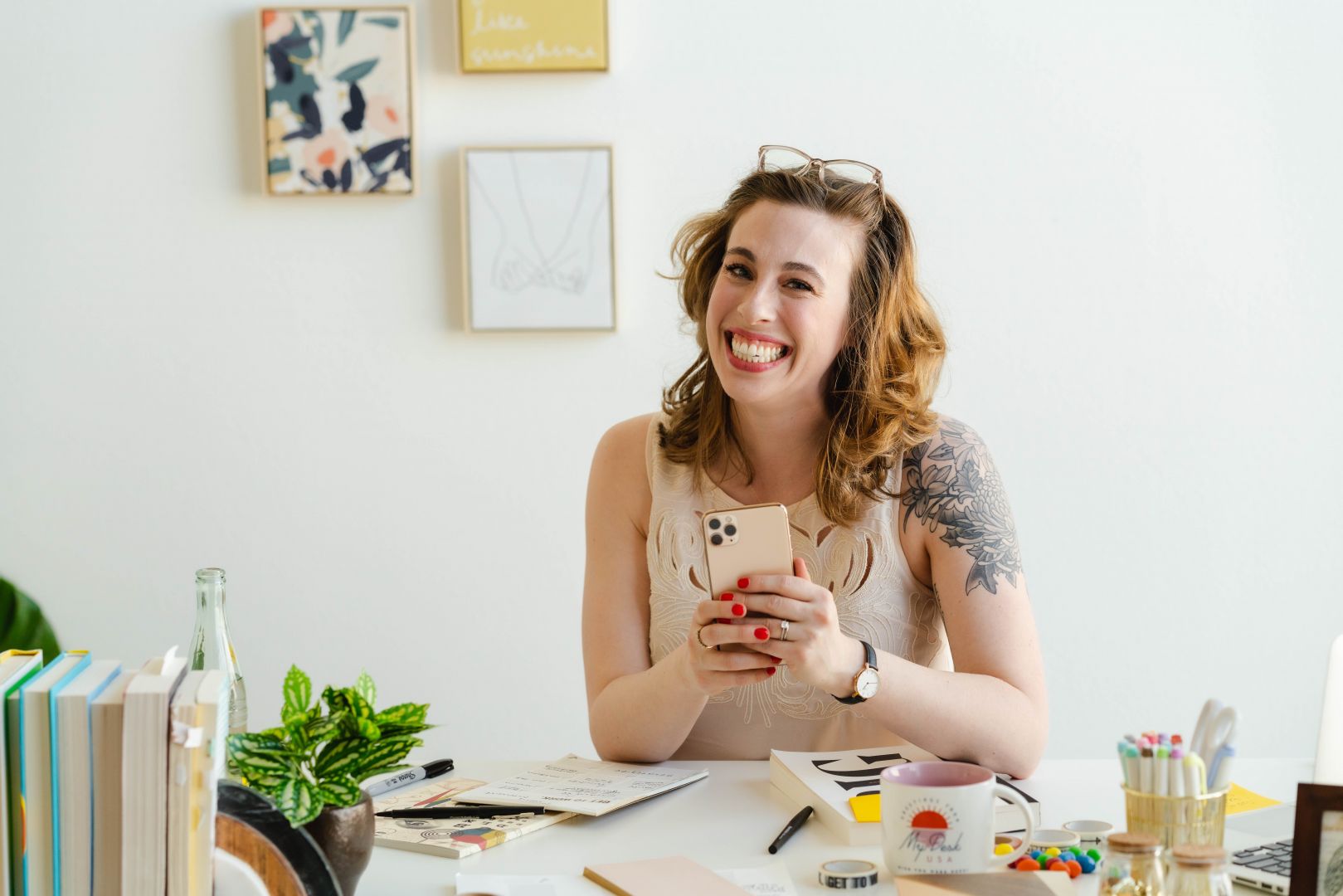 I have always been one to do things a little bit beyond the brief. To this day my mother loves to tell the story of a research paper assigned my sophomore year of high school: I chose to research the effects of traditional gender roles (specifically that of the housewife) in television on the culture at large. Read more>> 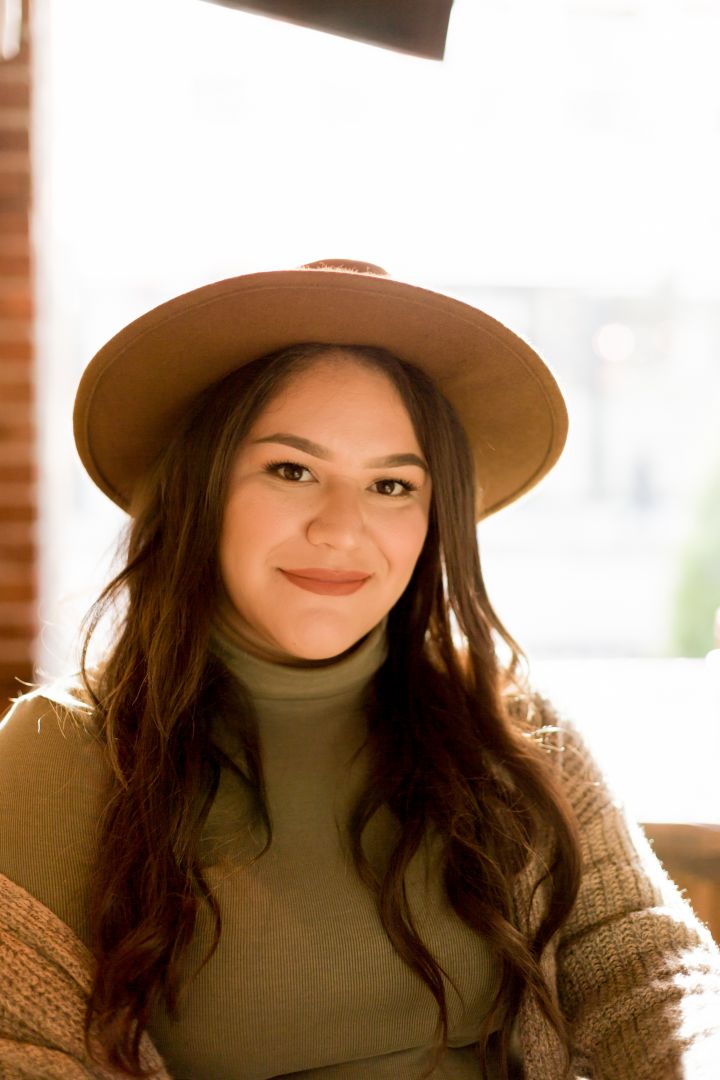 My maternal grandfather was a film photographer in his hometown in Michoacan, Mexico. I grew up around a camera but always avoided being in front of one. It wasn’t until I was older that I decided to pick a camera up and never put it down again. I feel like I am continuing my grandfather’s legacy. Read more>> 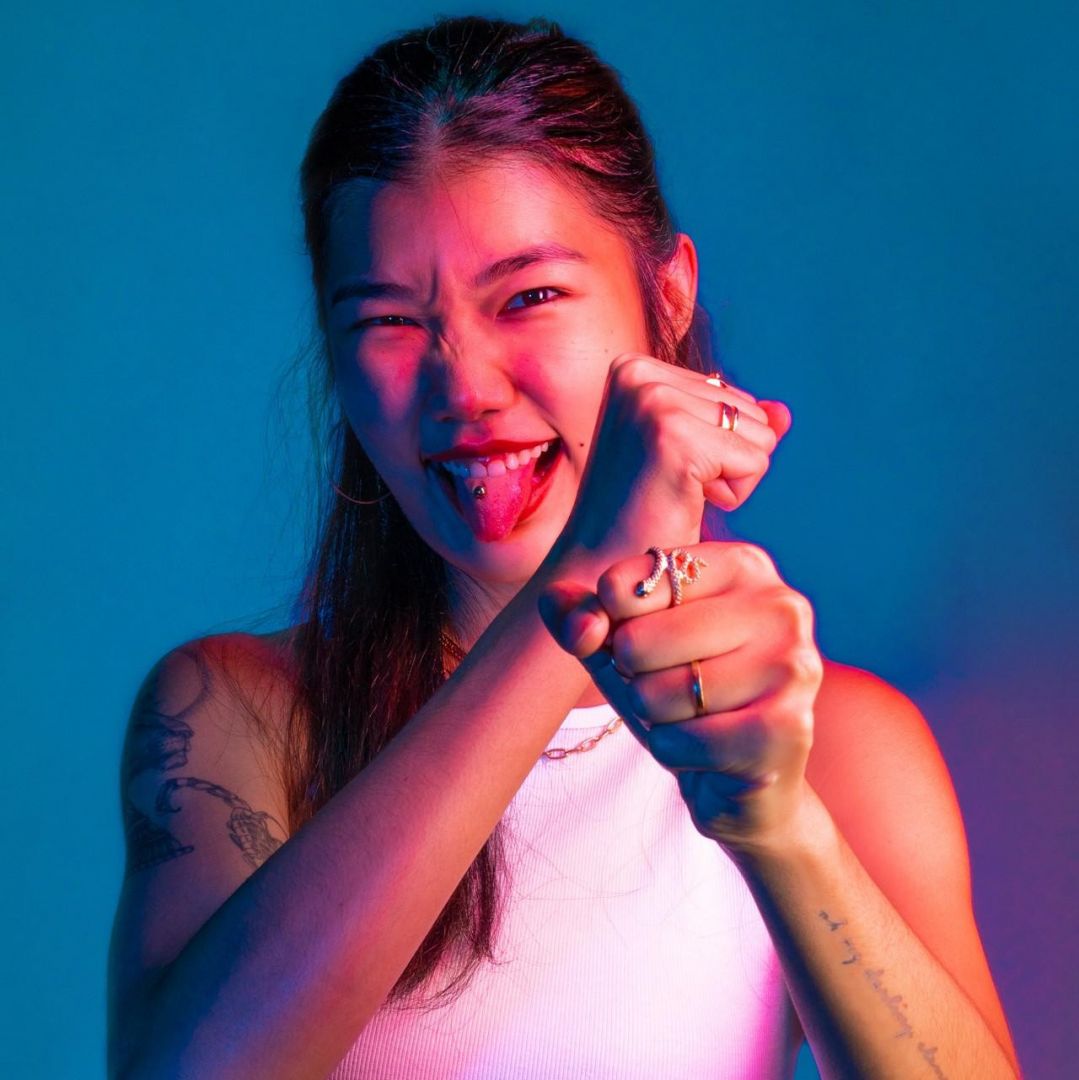 I’ve known I wanted to write for a living since I was about 15. In school, I flunked my Sciences but excelled in Humanities. I spent most classes daydreaming and writing short poems in my notebooks and on my arms. My family didn’t think I would even make it to uni LOL. Read more>> 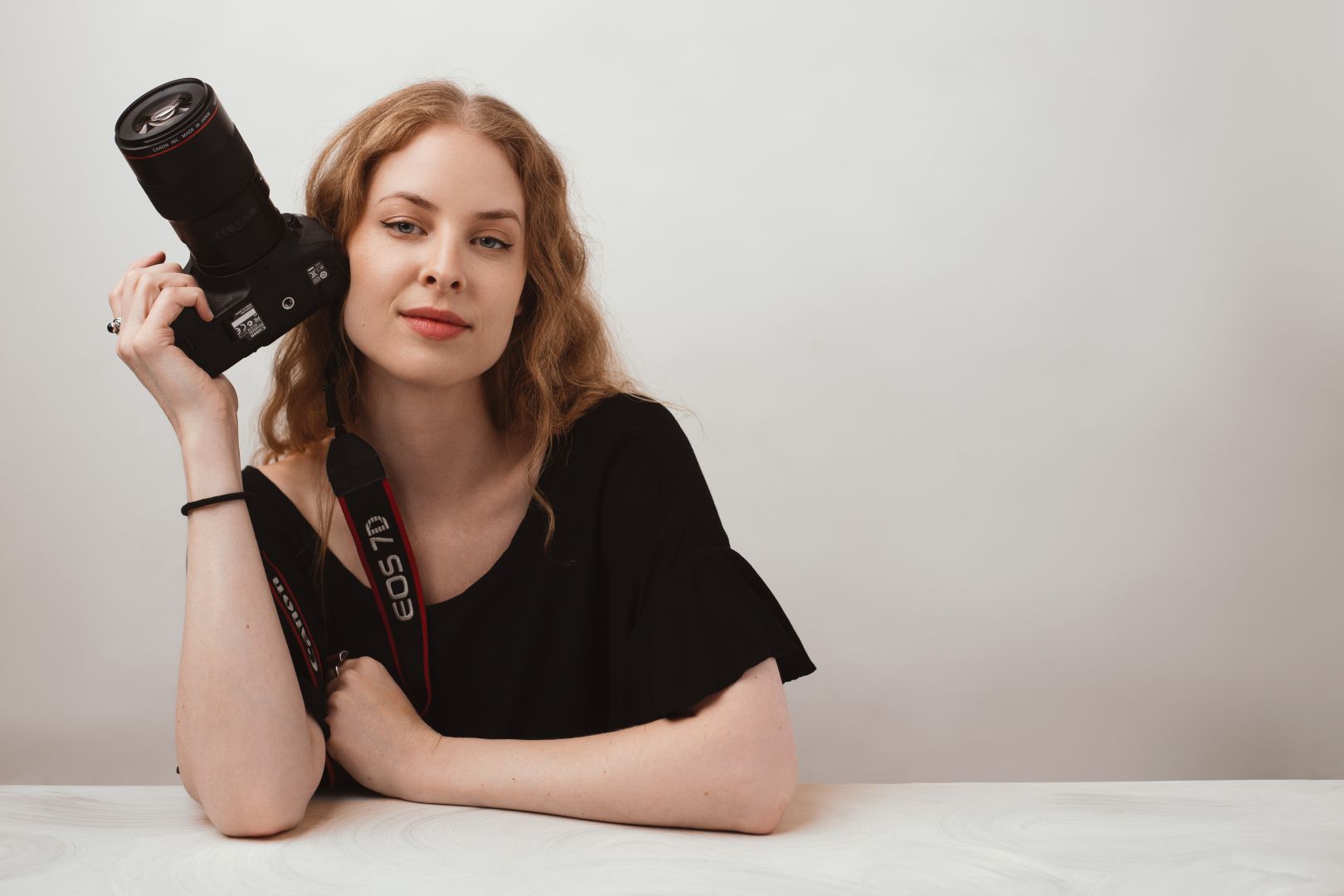 By the time i was 12, i knew i wanted to be an actor. There are so many careers that seem interesting, but one of the most intriguing things about acting is that i can play all kinds of characters, explore other careers, adventures, and lifestyles that i wouldn’t necessarily experience otherwise. Read more>> 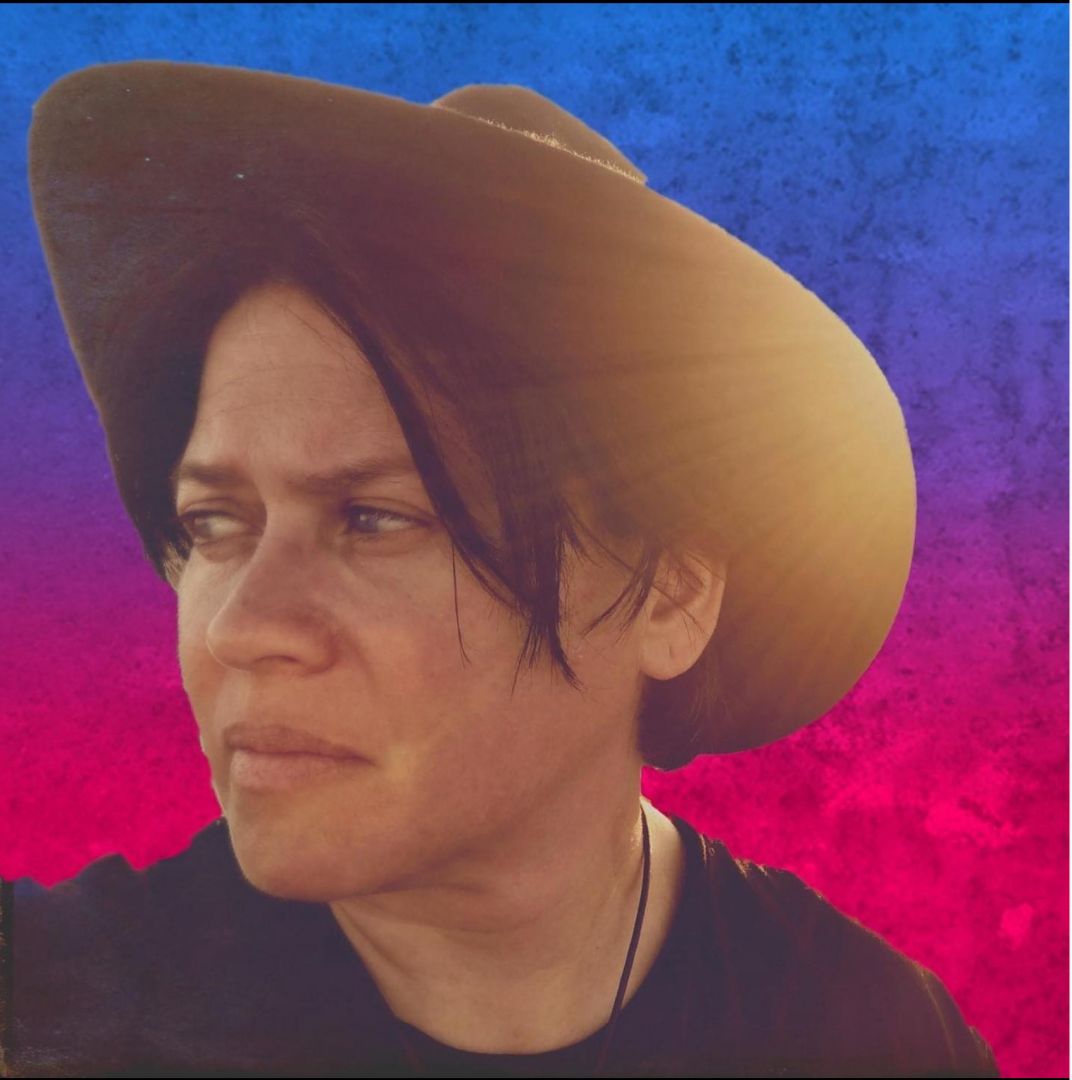 Boredom. I get bored quickly. Being artistic means every day is different. I can control the process and create new. Sounds like I am control freak as well. But I get bored even with my own art. Having the same pictures on my walls sounds like a nightmare to me. Read more>> 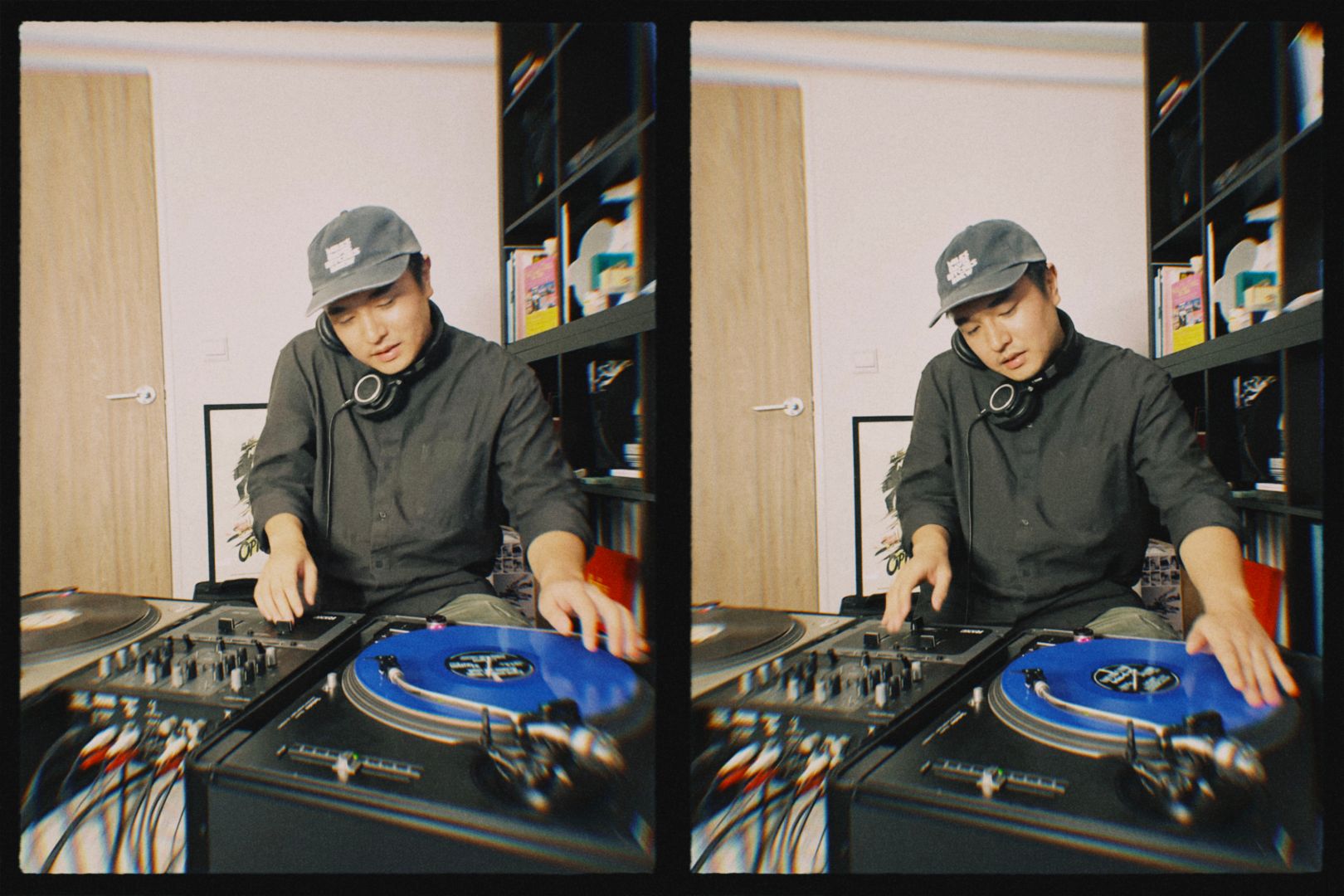 Growing up in a home where my mom would start the morning by playing Native American flute music and eventually progress into radio pop hits. While in another room my dad will be listening to jazz or R&B on his CD player. It was a no brainer that I’d be into music the way that I am, which is just absolutely obsessed. Read more>> 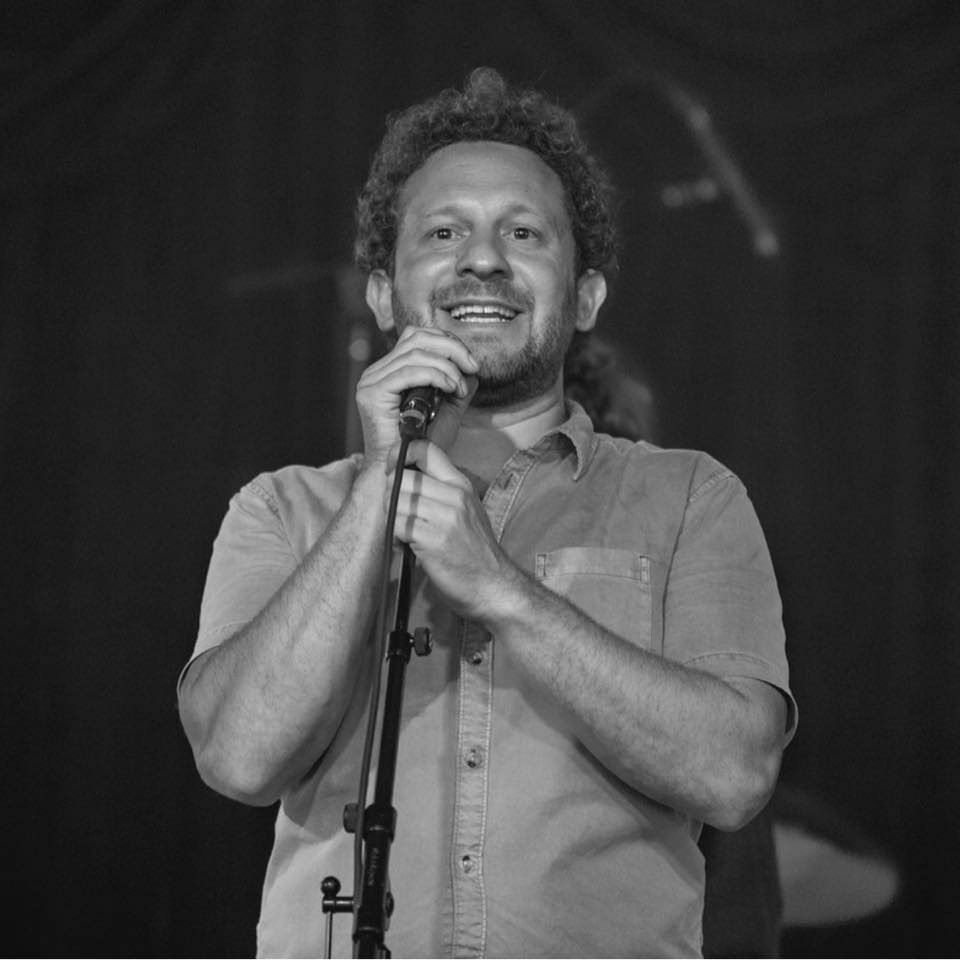 I think an artistic/creative career was something that I HAD to pursue, rather than something I chose to do. I never had much interest in anything else, and a desk job without a genuine purpose never appealed to me. Whenever I tried to fit into a more conventional path, I felt an overwhelming amount of internal resistance. It was only when I committed to a creative path that I felt truly myself. Read more>> 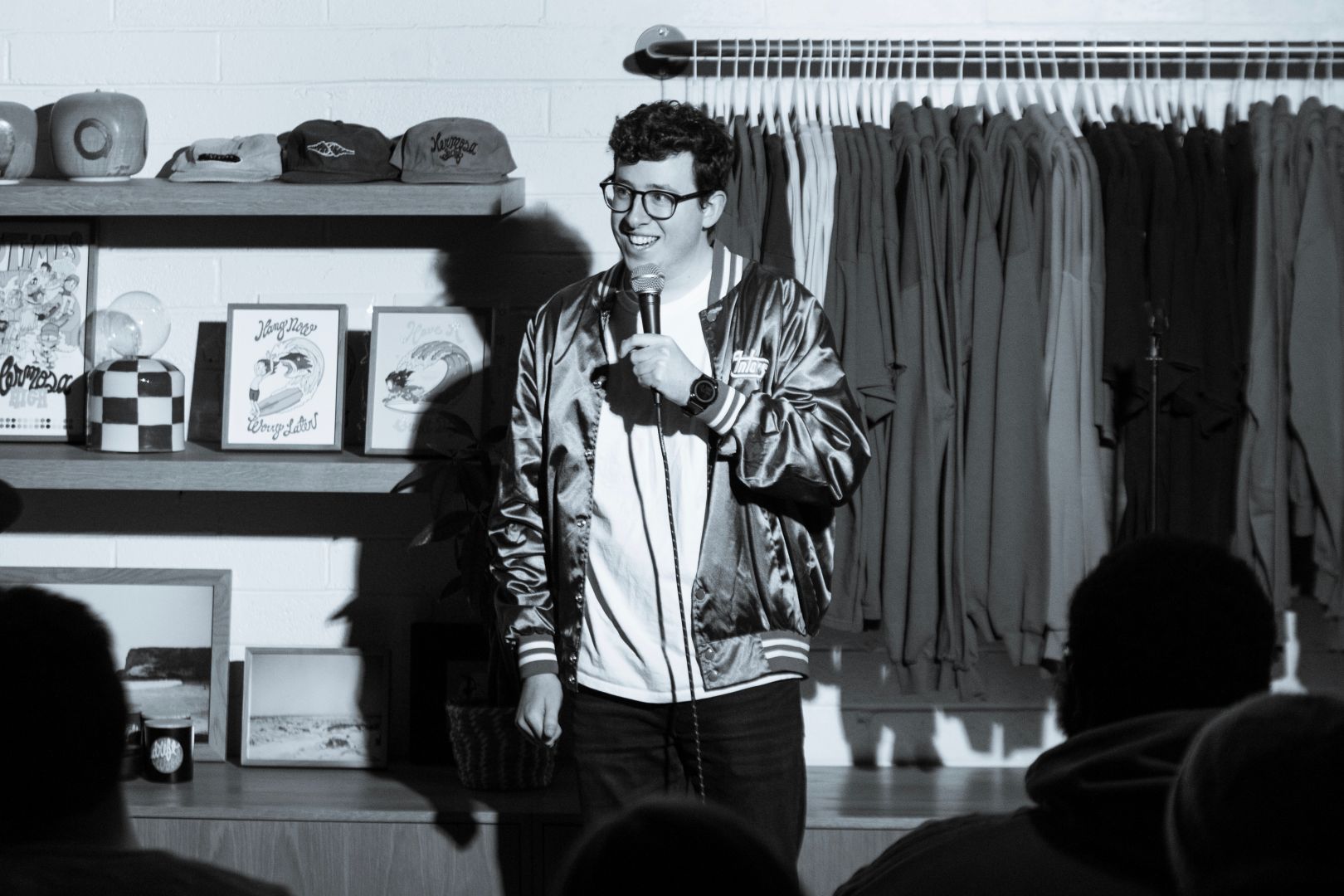 Well, I really did not want to go to college or university because I hated school, and I was obsessed with stand up when I was a teenager and thought “if I could figure out how to make money at this before the end of high school I wouldn’t have to go to school anymore.” Read more>> 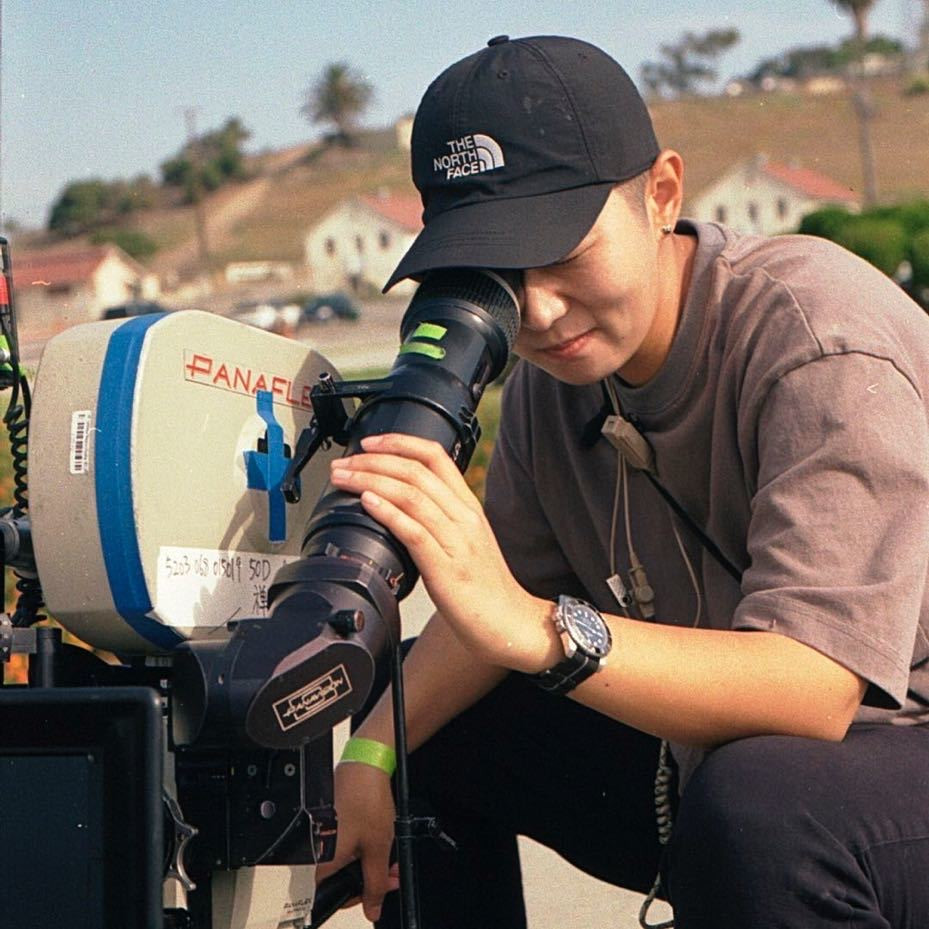 During my teenage years, I had been trained as a golf player. Golf, unlike other sports that need team work, is a lonely sport. In both training and competitions, I was only with myself, without other kids who could give me company. Read more>> 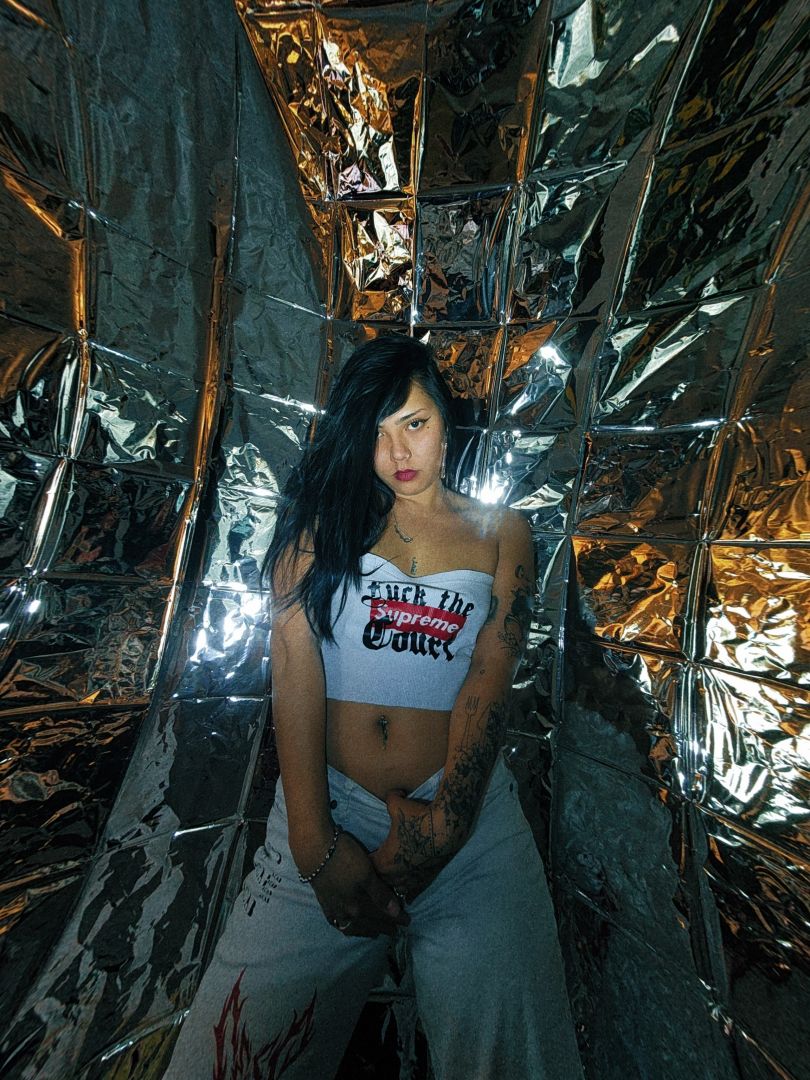 I feel like i didn’t do it on purpose. I feel like I was always ‘arts and crafting’ as a kid and discovered that my heart is made of glue and glitter. I live and advocate a very DIY lifestyle so I just naturally pursued my hobbies. Also when you grow up poor, you just like to save everything and you end up making all these little things with your trash and one thing leads to another… Read more>> 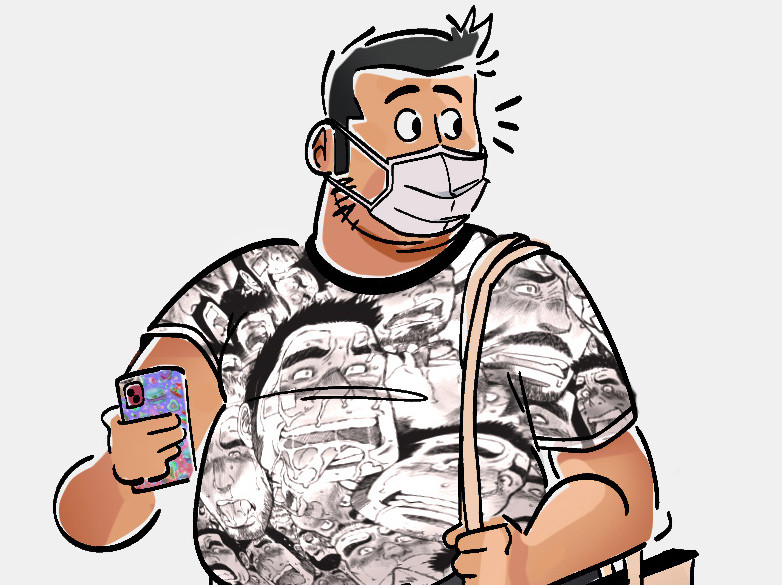 I think it was a desire for self-expression and a lifetime of consuming media. It’s a very satisfying thing to be able to make something out of nothing, and even moreso when it’s something that nobody else is making and speaks uniquely to you. Working in TV Animation is a lot of fun, but I always find myself way more enthralled with the personal pursuits of artmaking. Read more>> 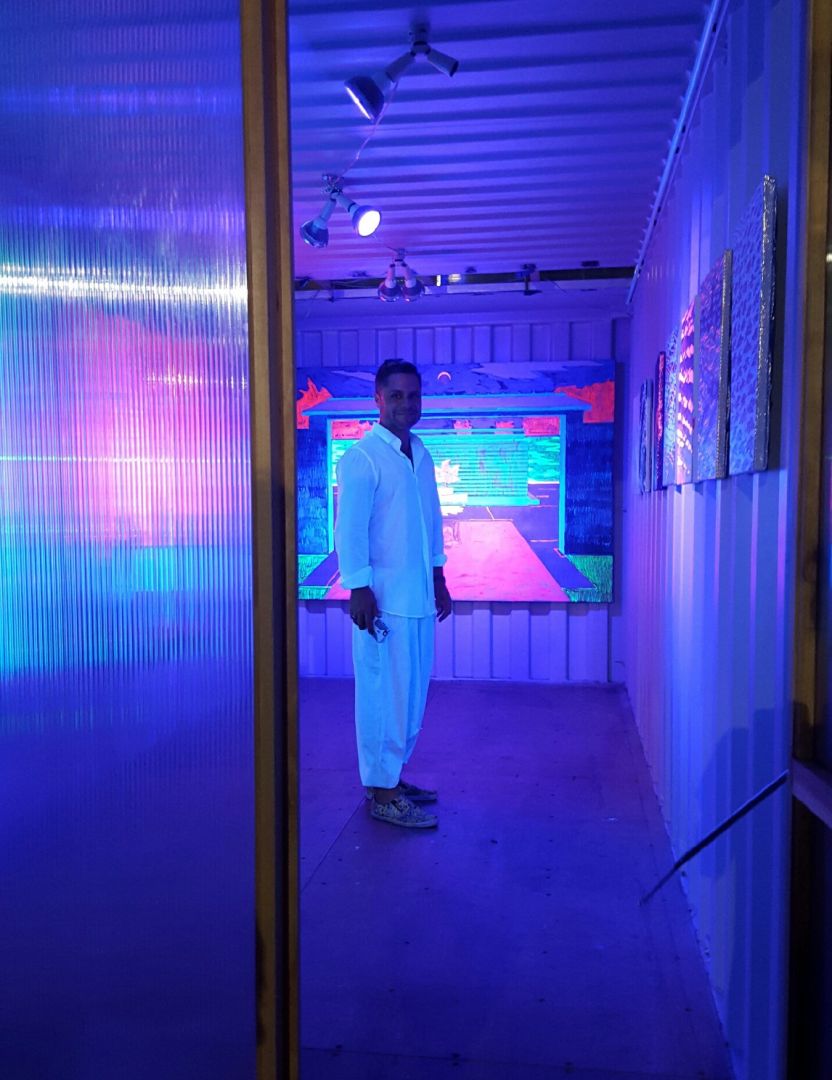 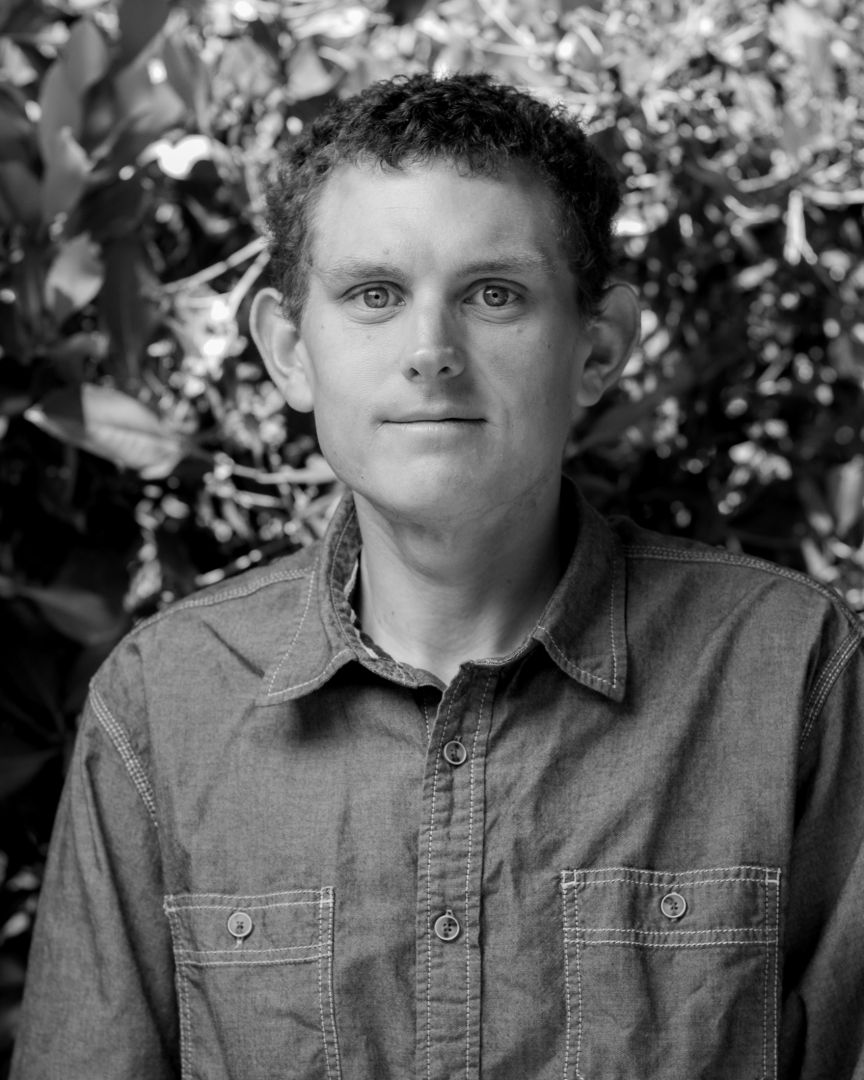 When I got really serious about my career I asked myself, “What do I want to do with my time on Earth?” I realized that what I wanted more than anything else was to work as a professional image maker… I can’t think of a cooler job than being able to express thoughts, feelings and emotions or represent people, places and things through the visual language of light and color. Read more>> 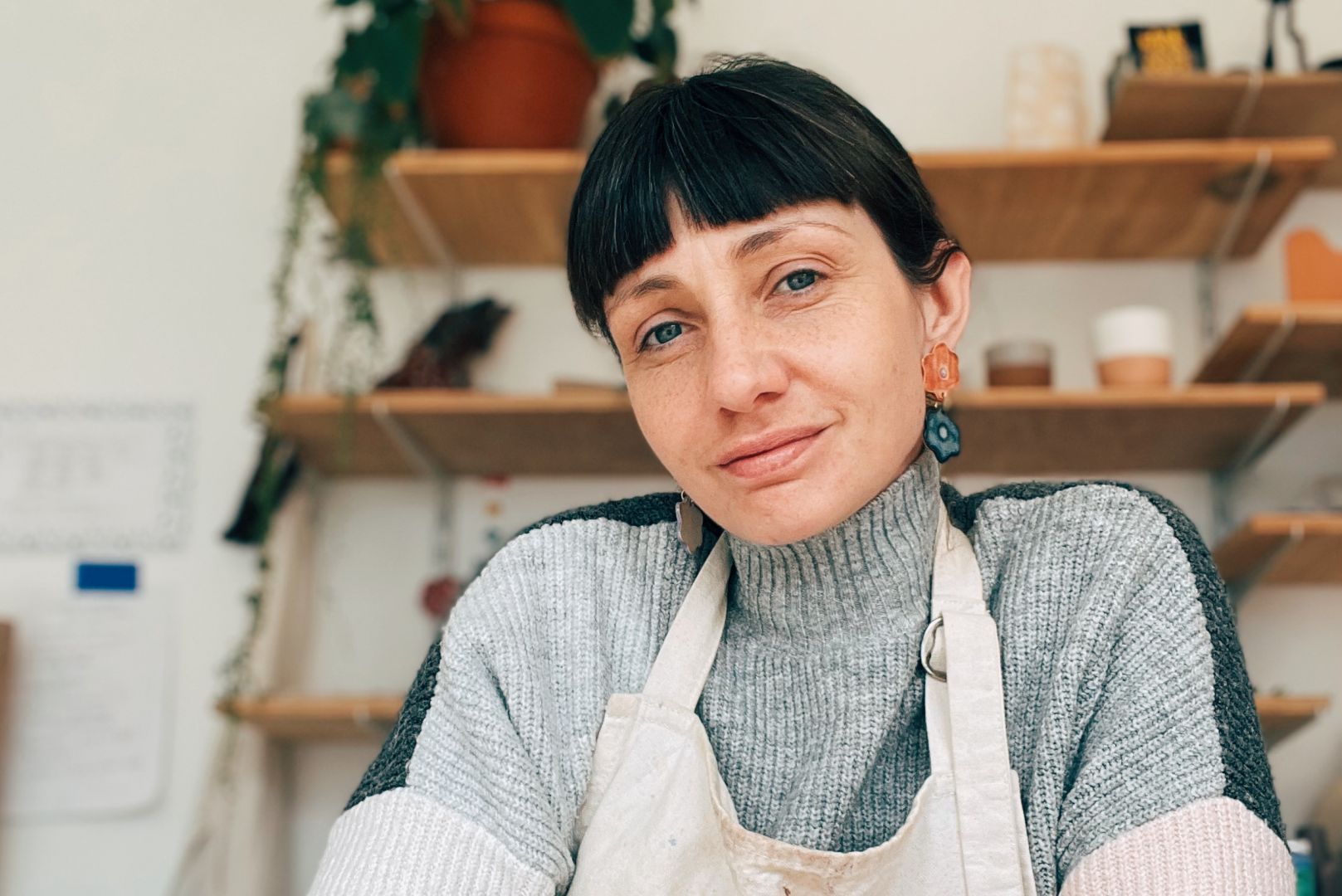 I always knew without ever really knowing that the only way for me to be happy was to be a creative. Simply put, I can’t imagine any other way of being. Many years ago I was living and working abroad and I visited an incredible exhibition of hand-printed wallpapers and textiles which sort of unlocked something in my brain. Read more>> 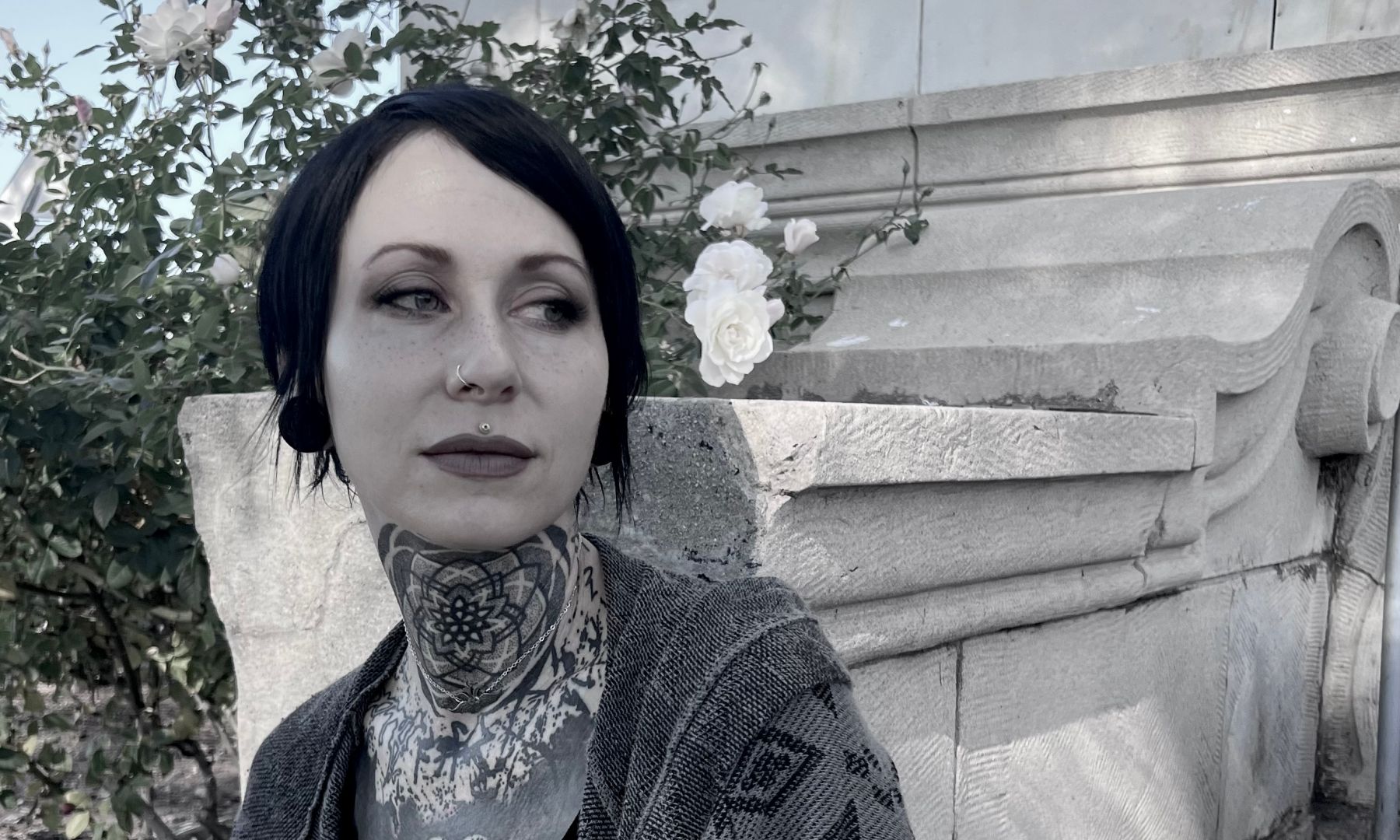 I have been happy with non-artistic jobs, but I was always dreaming of making art my career. I grew up losing myself in the world created by the artwork in my books about faeries. My favorite faeries were the ones with darker imagery. I fell in love with the combination of dark and often grotesque in perfect balance with traditional beauty. Read more>> 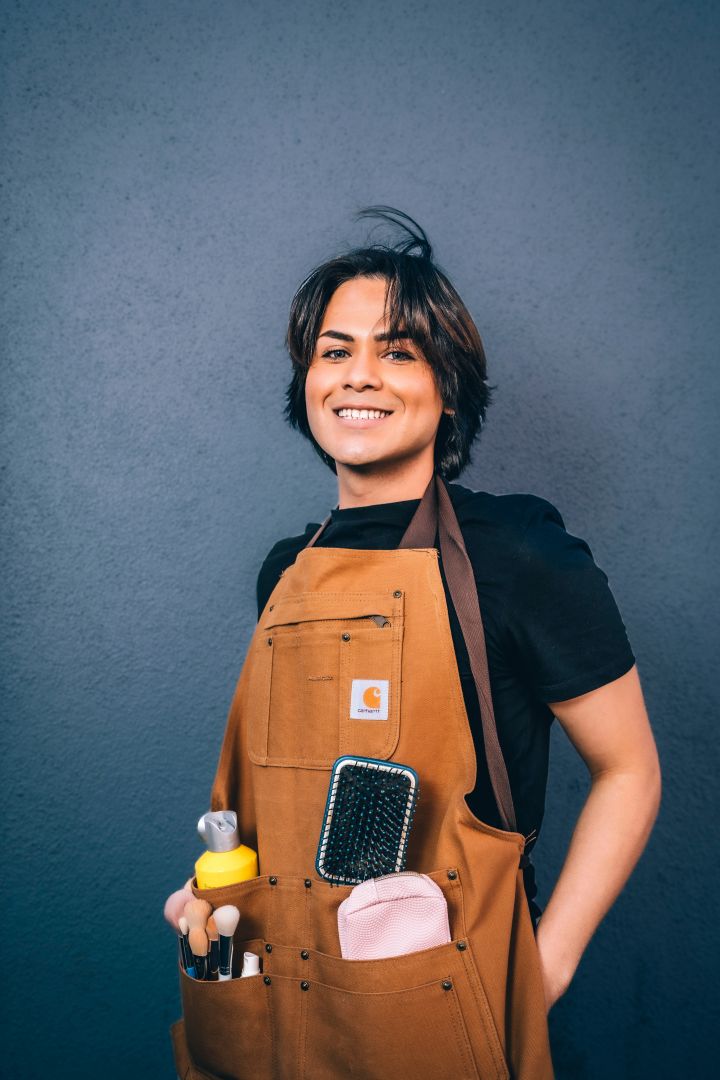 I chose this career because I wanted to have a human based connection with how I influenced the world. Makeup means empowering and influencing perception. It’s a big honor and power to paint faces. Beyond professional success, the ability to instill and embolden self confidence is a reward not many get to see directly from their work. I am in a constant frenzy to perfect my craft, stay relevant, and push the narrative of what is beauty. Read more>> 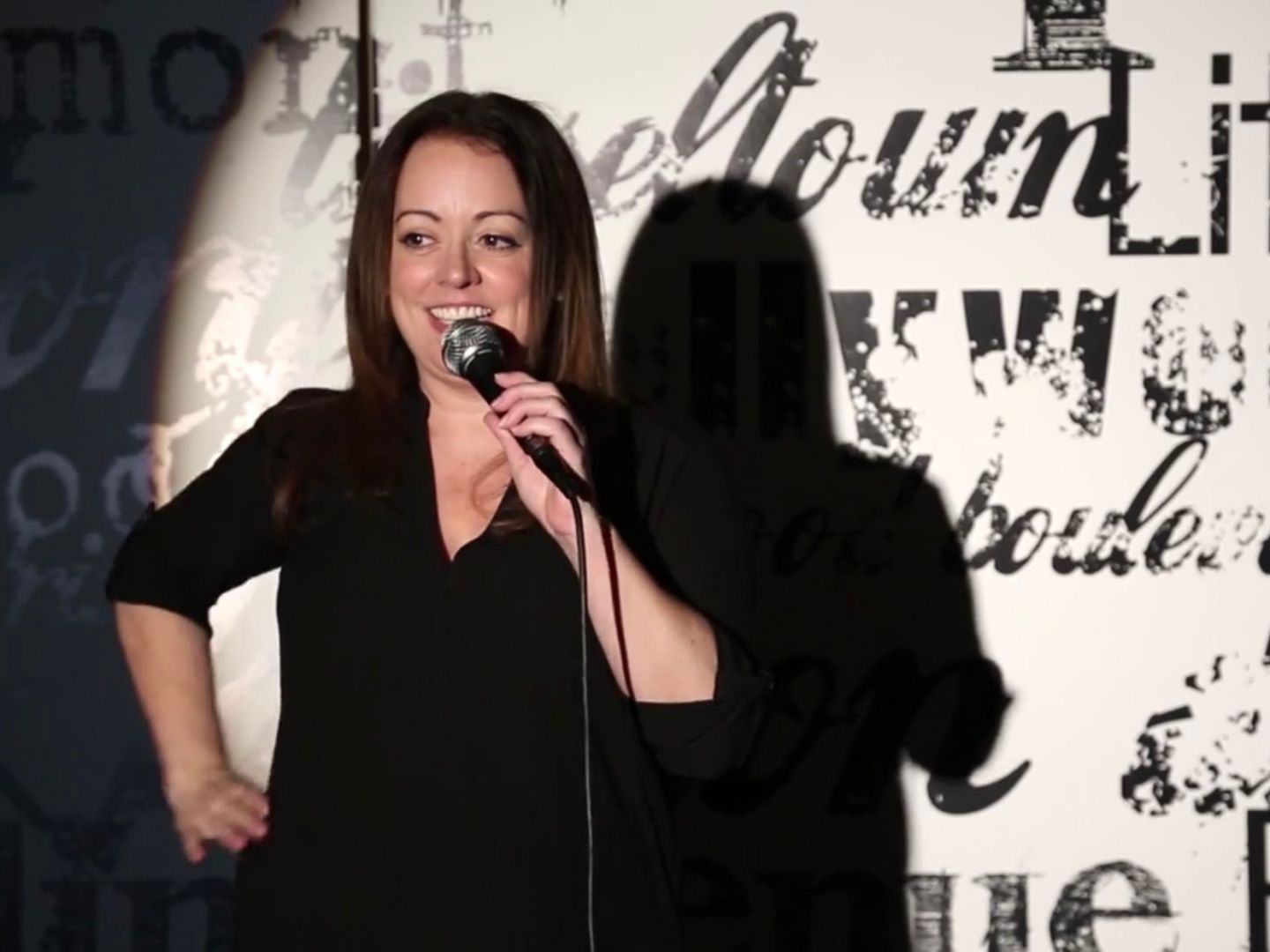 I wanted to be a performer since as far back as I can remember. I was always dancing, acting, and singing (or attempted singing anyway, ha). Growing up in Texas, little-me was confident that I was moving to either New York or LA as soon as I was old enough. I was in drama club, on the cheerleading squad, in ballet class – anything to be performing. Read more>> 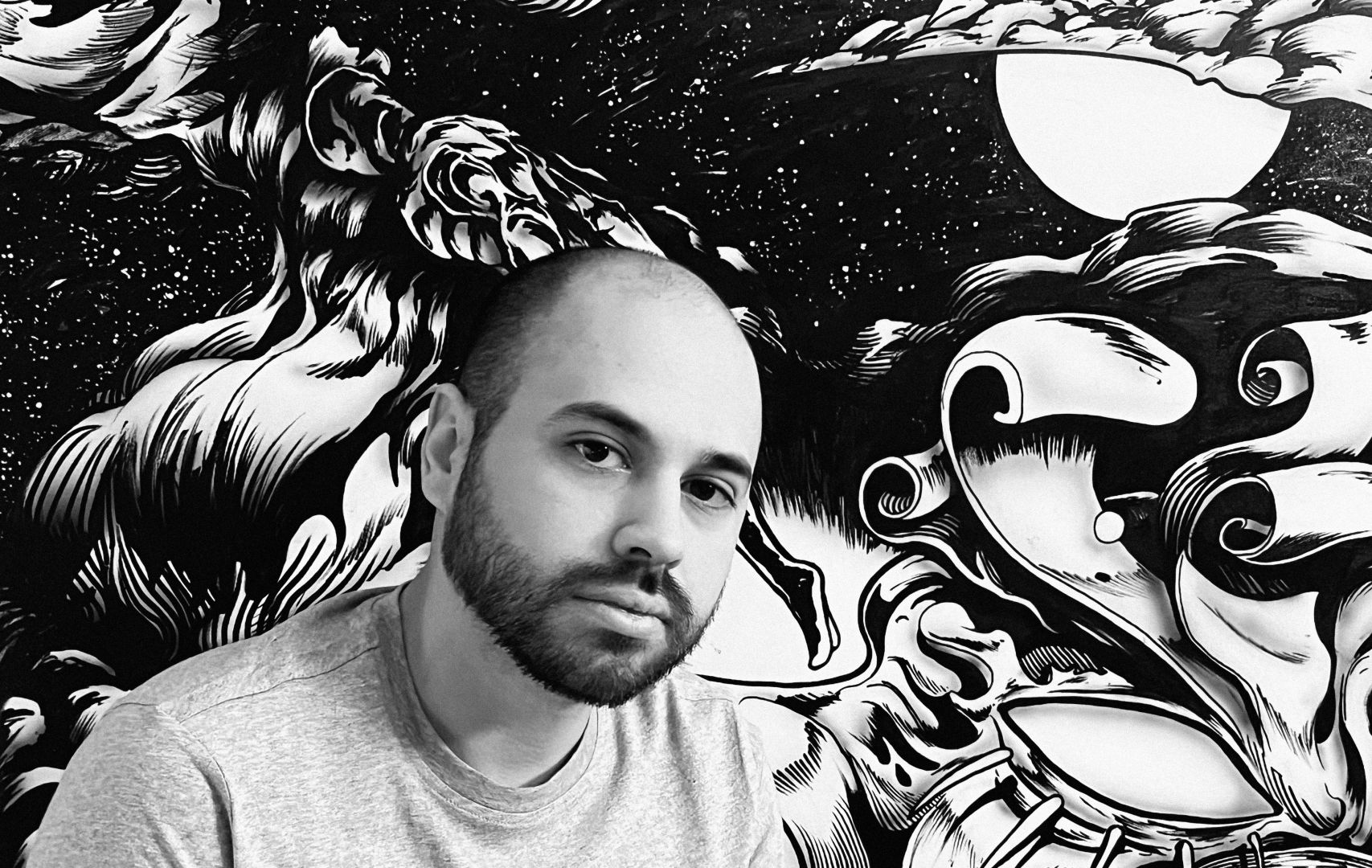 I would say it was a gut feeling and the urge to express myself. Through the years, practicing and studying art improved my skills and I felt like I could make a career out of it. I didn’t want to pursue anything else but art. Read more>>

K.E. Ogden | Author of What the Body Already Knows, out now from Finishing Line Press and winner of the 2021 New Women’s Voices Chapbook Prize 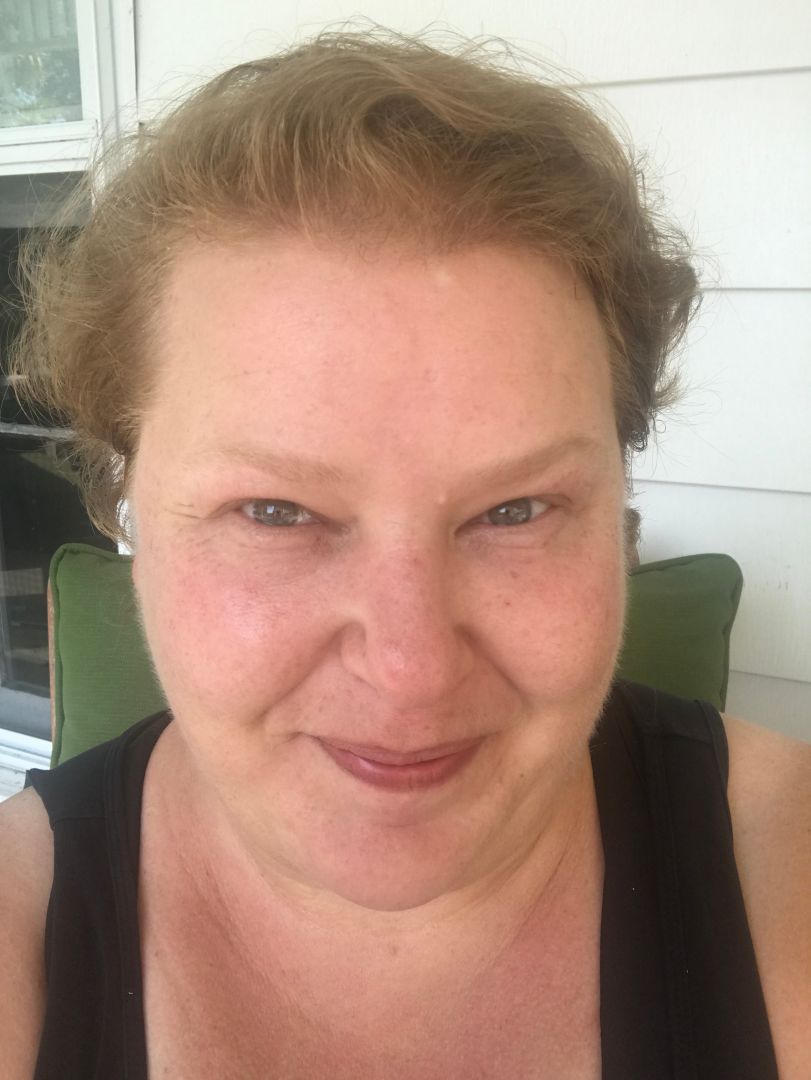 I’ve always loved reading and writing. As a child growing up in Hawai’i I was really interested in becoming a reporter. I had one of those Brother brand blue typewriters and each week I’d type up copies (using carbon paper) of the “Ala Amo Amo Street News” which was the street we lived on, and I’d give copies to all the neighbors. Read more>> 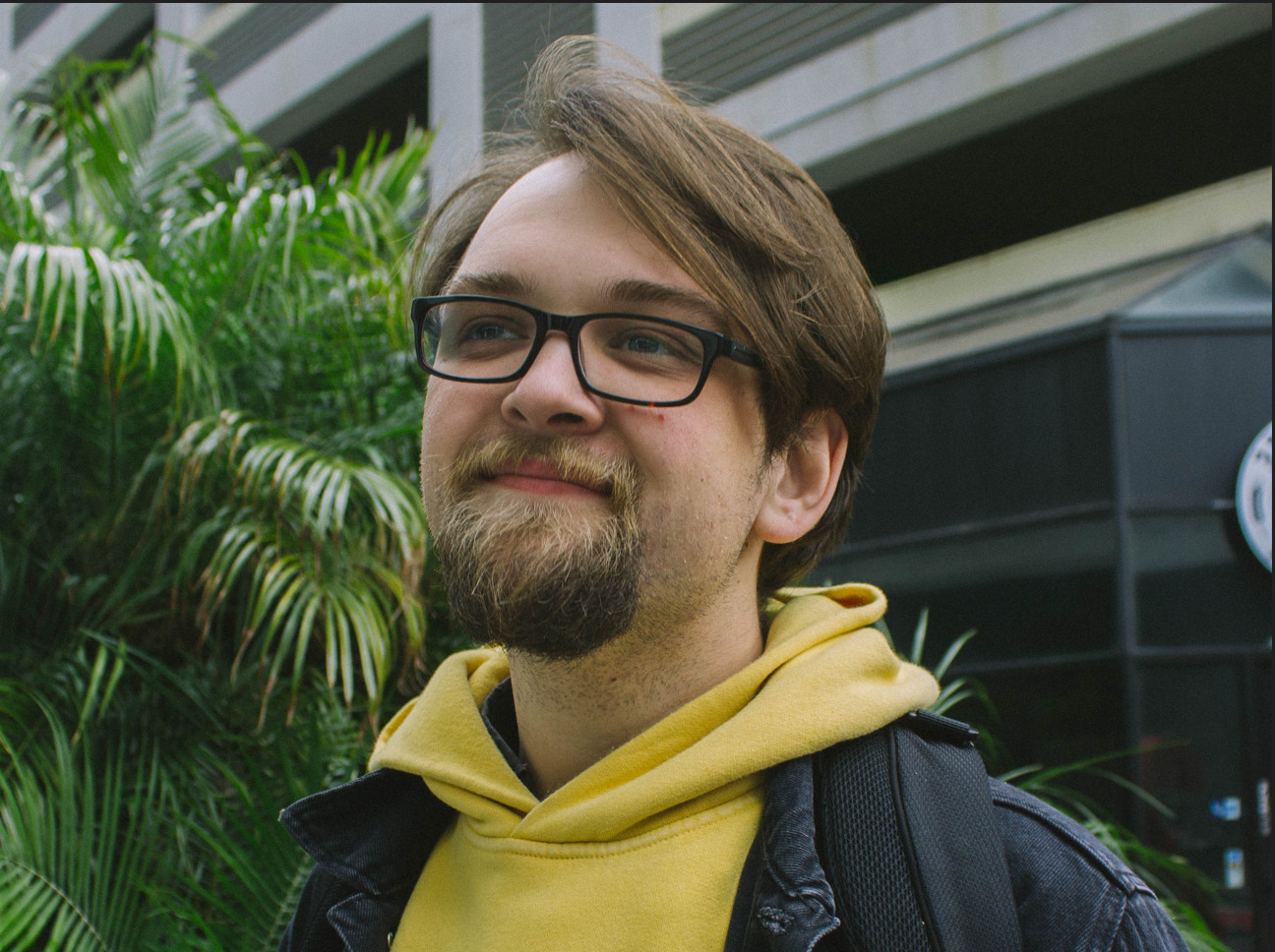 I feel like I was born with a passion for creativity. From the age of 12, I was writing and directing movies with my friends shot on an old Mini DV camera. After studying music production in high school, I focused on honing these skills in the Sacramento community. Read more>> 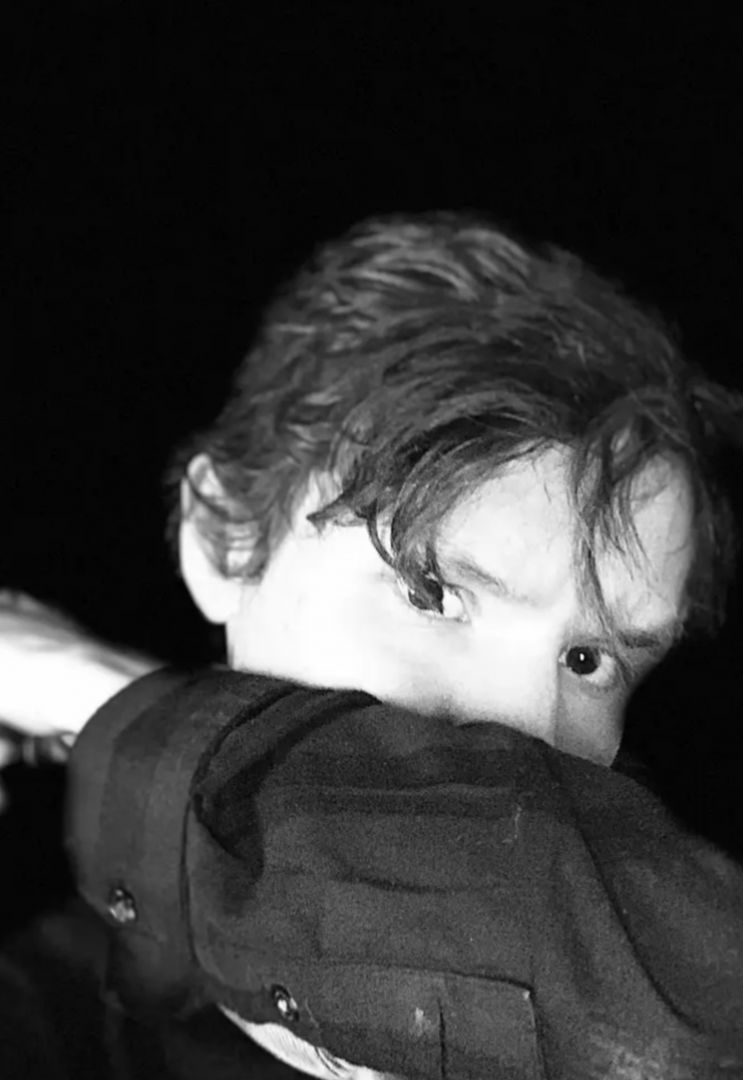 About a couple years ago back in 2018 I experienced panic. OCD mainly panic. and then, after my attempted suicide, I decided to put that into music I started scrolling through my YouTube I would watch DJs mix on their channels, and that is where I started Read more>> 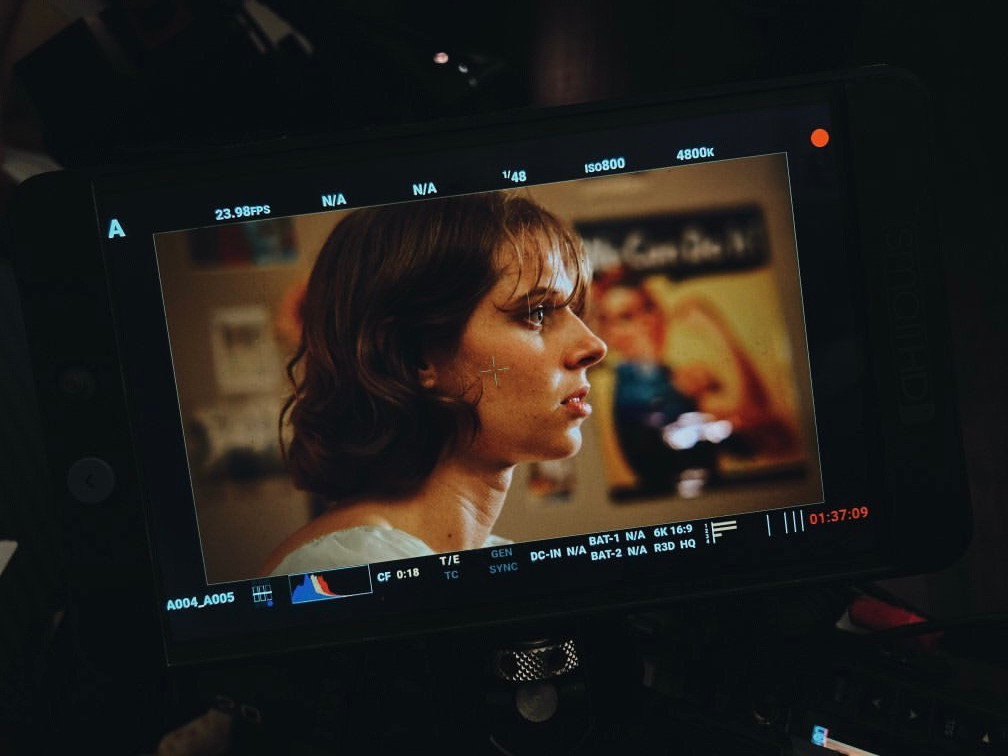 To me art is an act of creation and nothing makes me feel as alive as creating with people. The passion and sheer willpower that goes into creating a story, a character and making it come alive so that you can share your understanding of who you are, of how you experience the world is so expansive. Read more>> 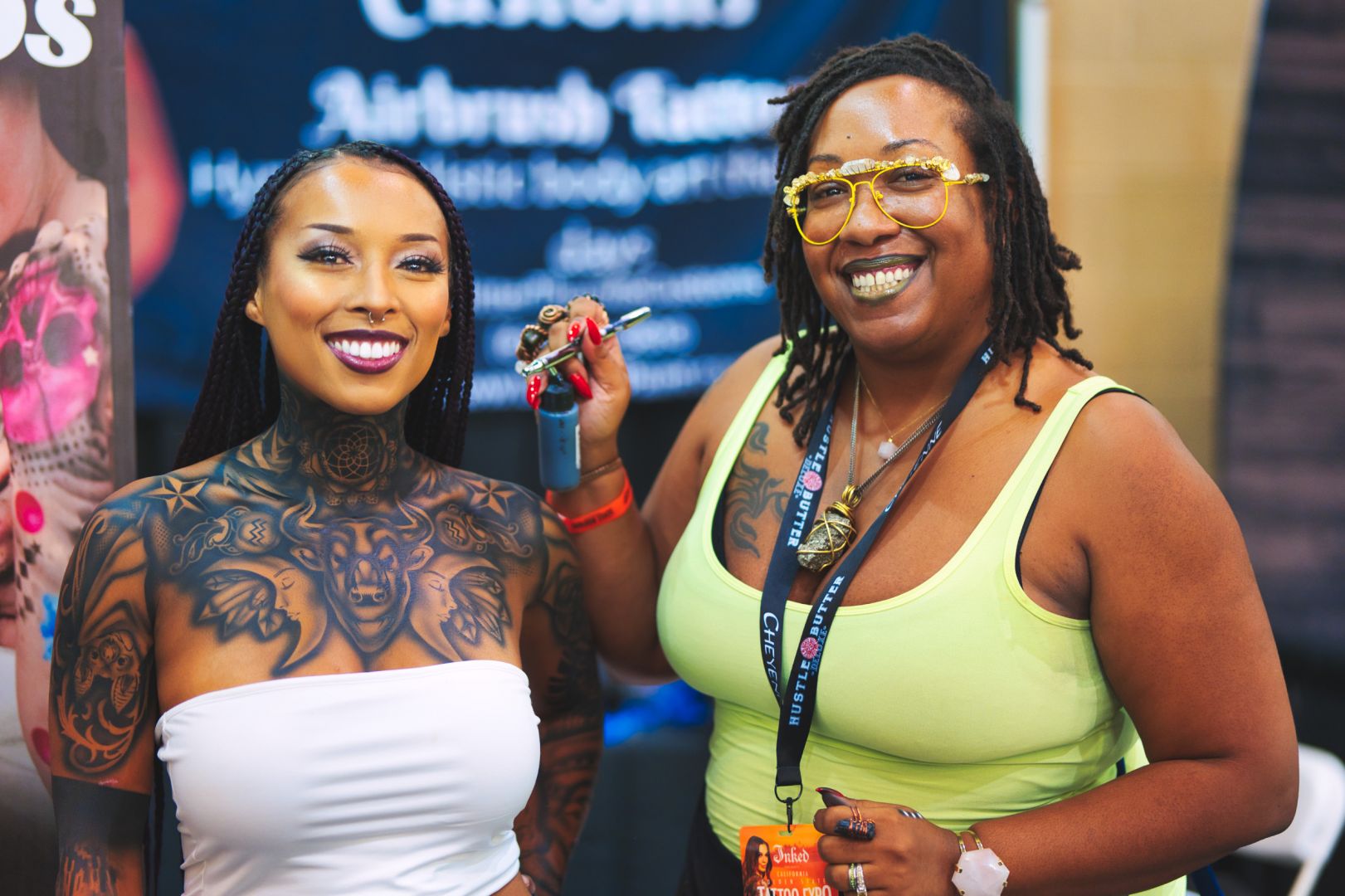 I knew I had to pursue a creative career because art always found a way into my life. I had the typical 9-5 jobs but my creative nature would make me stand out. I’ll never forget working for a company who asked me to Face Paint at an internal event. Six months later I was laid-off. I took that opportunity to start my own creative business. Read more>> 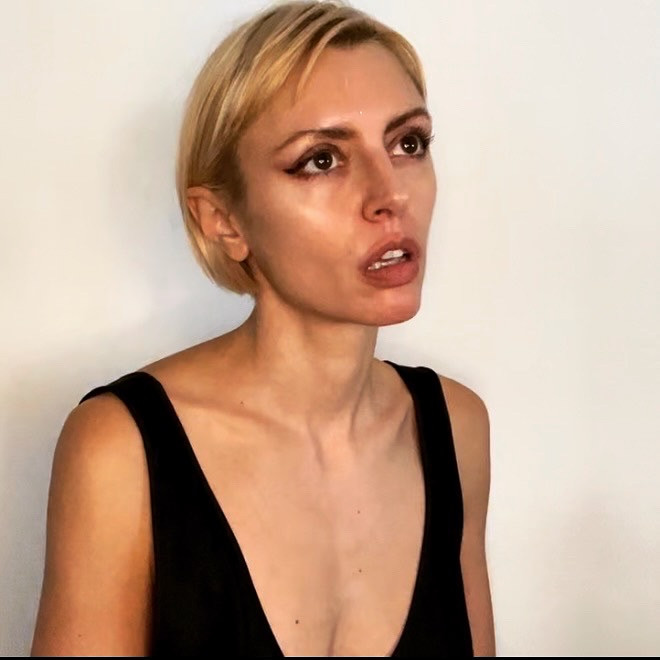 It never occurred to me to live anything other than an artists life. Creating is my purpose and my reason for being on earth. If I’d ever had any idea of plan b, I would have just done that. A creative career can be quite challenging, but it’s insanely rewarding when it’s working. Read more>> 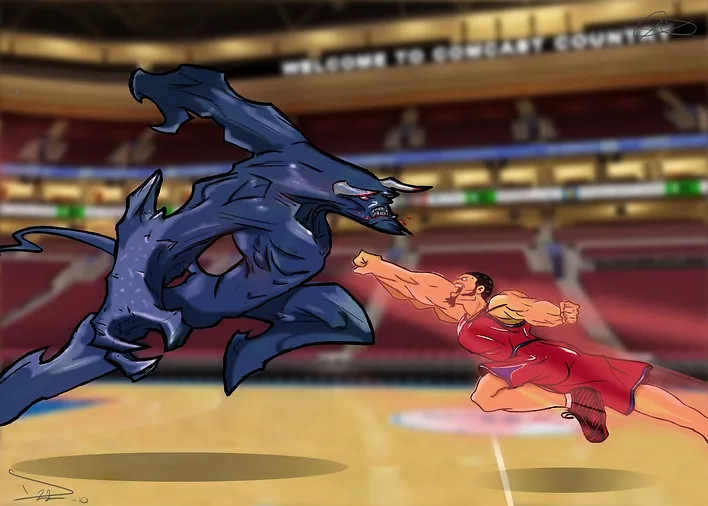 I give my gratitude to one cartoon and one cartoon only….”DRAGONBALL Z”. lol In 5th grade, I watched one episode and I saw a frame of the character “Bulma” and I paused the VCR and said “let me see if I can redraw this…” Read more>>