We had the good fortune of connecting with A.W. “Tony” Scott and we’ve shared our conversation below.

Hi A.W. “Tony”, what led you to pursuing a creative path professionally?
I was very involved in music, drama, writing and photography when I was young, including being a semi-professional musician in high school and college, which I absolutely loved. But I could not see a way to make any of those career paths work nearly as well financially compared to the paths I could take in business. So, I ultimately gave up all of those with the idea that maybe one day I’d get back in the arts for my own enjoyment later in life. After the downturn of 2008, I moved to Napa, and not long after my life partner Jean Su (who is also the co-creator of most of my projects and now producing partner) bought a house in downtown Napa – a house where Clark Gable and Carole Lombard lived while she was filming a movie in Napa – “They Knew What They Wanted”, the first Napa film festival happened. On a Saturday morning, I decided we should take a look at the schedule. On it was a “Pitch Contest- come pitch your story ideas to a panel of Hollywood Executives.” I had been thinking about a couple of stories to try to novelize that were based on real people and events in my life, but hadn’t had much success working on either. So, with the encouragement of Jean, I went over 30 minutes later. And I won! The Hollywood Execs were all interested in reading my script. Oops! “Uh, they’re not quite ready yet.” “When will they be ready? “Uh, I need to learn how to write a script – what do you suggest?” Social distancing happened faster than you could say “pandemic” as they quickly ran away from me. I did research, and found out that UCLA has great programs in screenwriting through UCLA Extension, and signed up for “Writing Your First Screenplay”, a four day intensive. The woman who taught the class, produced screenwriting Cindy Davis, told me she thought I had some talent, and about the UCLA Graduate Film School’s Professional Screenwriting Program. I applied and was accepted. While in the program, two of my scripts were optioned, and a third was named best feature in the Professional Programs. I was also one of the first students in the newly formed Professional Programs Writing for Television program during that period, and signed up for an Acting Studio to learn how to write for and work with actors (and even got cast in a couple of shorts, a feature and a Chinese TV show episode). I also studied Directing in the UCLA Extension Directing Program. Jean saw that I was getting some traction, so we sold our house in Napa and moved to Hollywood. We started a production company, and produced a short and co-produced a feature in association with Beacon Pictures – GREY LADY, which Jean and I created the marketing plan for and released in a limited theatrical release in 25 theaters in 12 cities the U.S. Since then, we’ve been hired to write three features, and created a short that was a subset of an already written feature as a proof of concept and to show we could make a narrative film. That short was accepted into 20 festivals in 2019, winning 10+ awards, including multiple “Best Screenplay” and “Best Film’ awards. We now have a commitment for financing for the feature, and Danny Glover is attached to play the lead. We’re rounding out the cast now, with the expectation of shooting in Q2 of 2021. I will be Directing, and Jean will Produce. I truly love being able to take all the creative aspects of storytelling, photography and music to create something that moves people – and to apply the skills I learned in business to the business of show business. 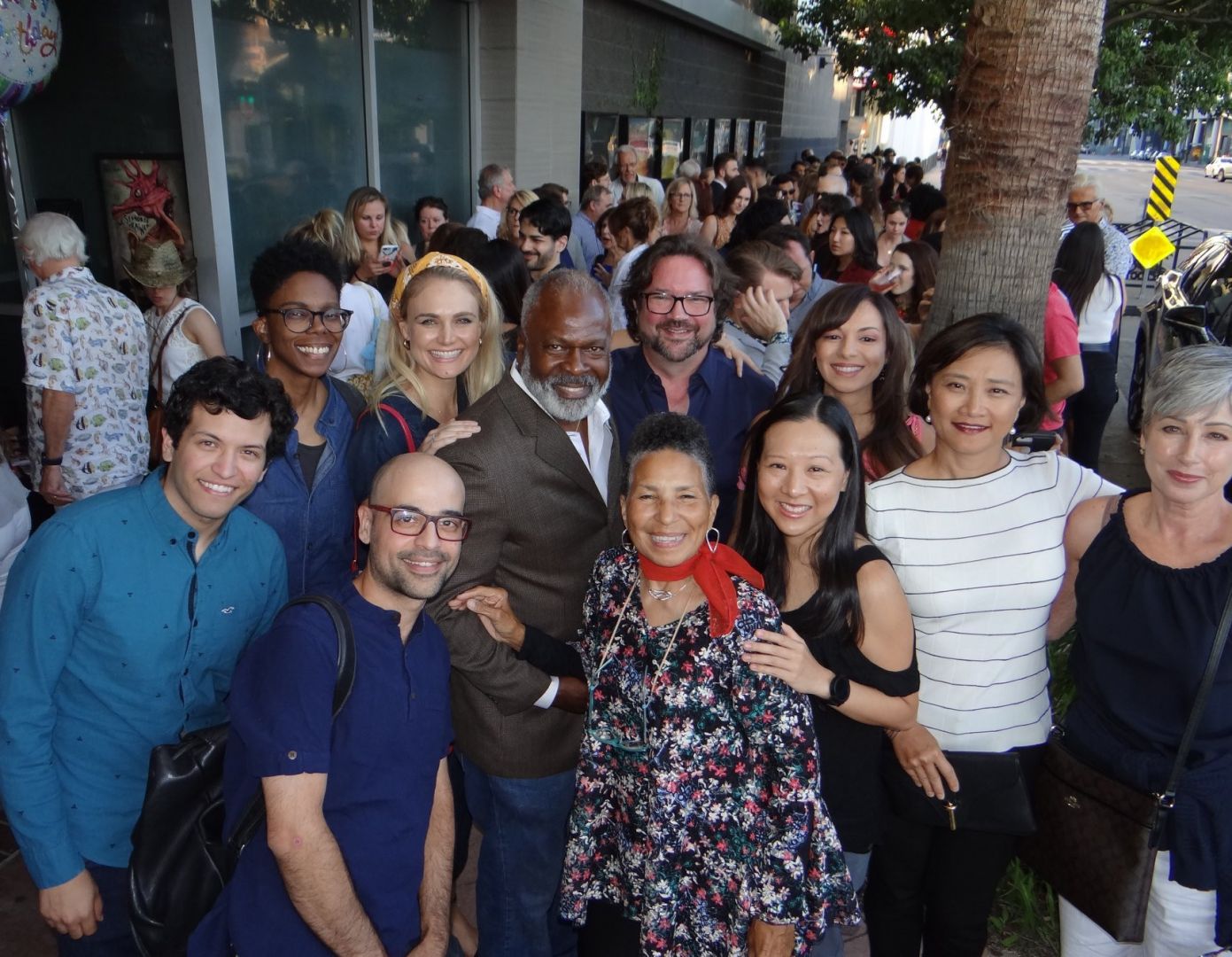 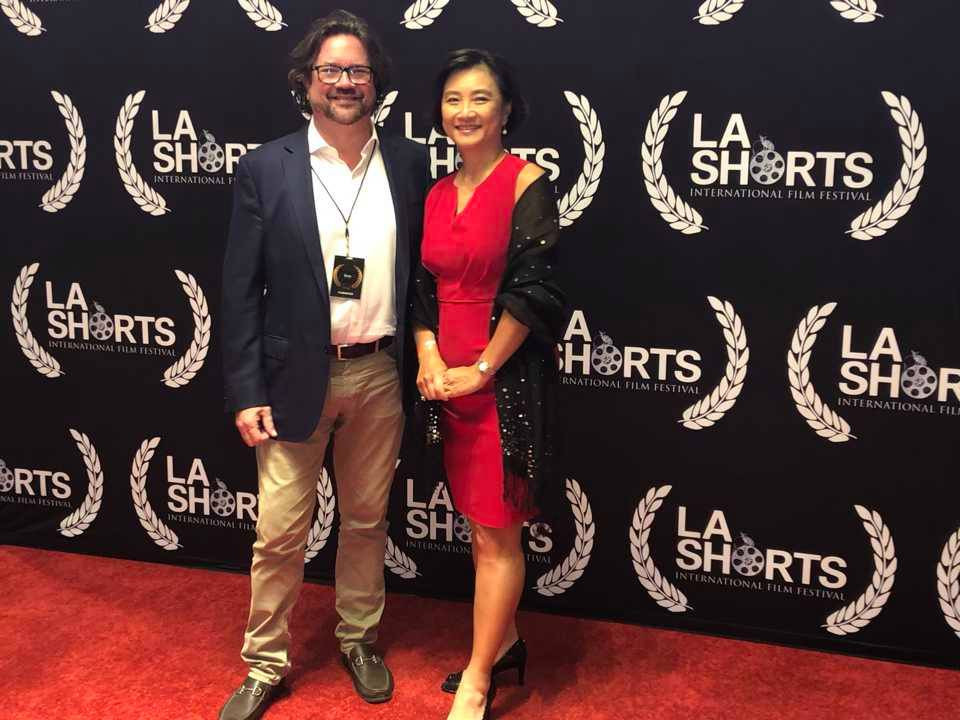 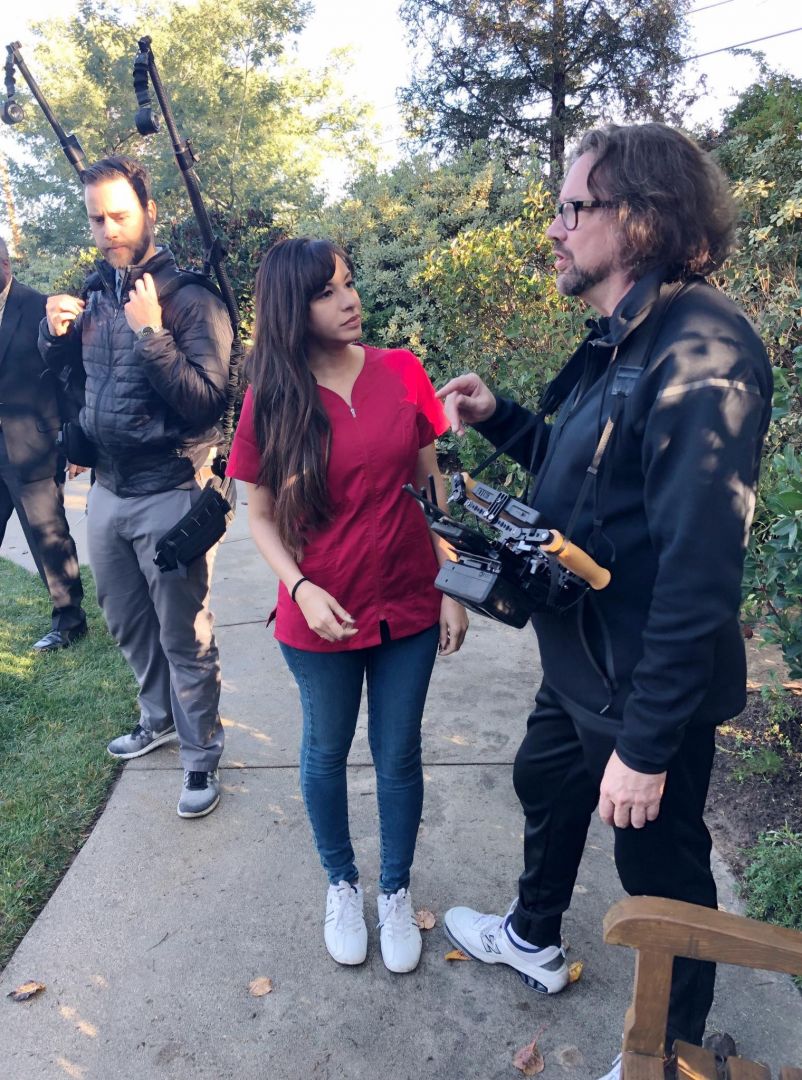 Alright, so let’s move onto what keeps you busy professionally?
I focus on telling stories about ordinary people put into unusual circumstances who must overcome big obstacles to succeed – “real heroes, not superheroes”. In particular, we like to tell stories inspired by real people and events – either “what might have happened” or ‘what actually happened” in an entertaining and cinematic way. Given my decades of experience in Japan in China, and Jean Su’s Chinese ethnicity and background growing up and living in China until her 30s, our stories often feature lead characters of Asian descent. My own background growing up in the South during and in the aftermath of the Civil Rights movement also has exposed me to many stories that are driven by the interactions between Caucasian and African-Americans during that time – when entrenched societal attitudes were a major antagonist against such relationships on any and all levels. We think there is a huge demand for “human-scale” stories about people who face universal challenges – and the universal characters do not have to default to Caucasian for audiences to understand these universal stories. We want to create stories that move people around the world through their universality. 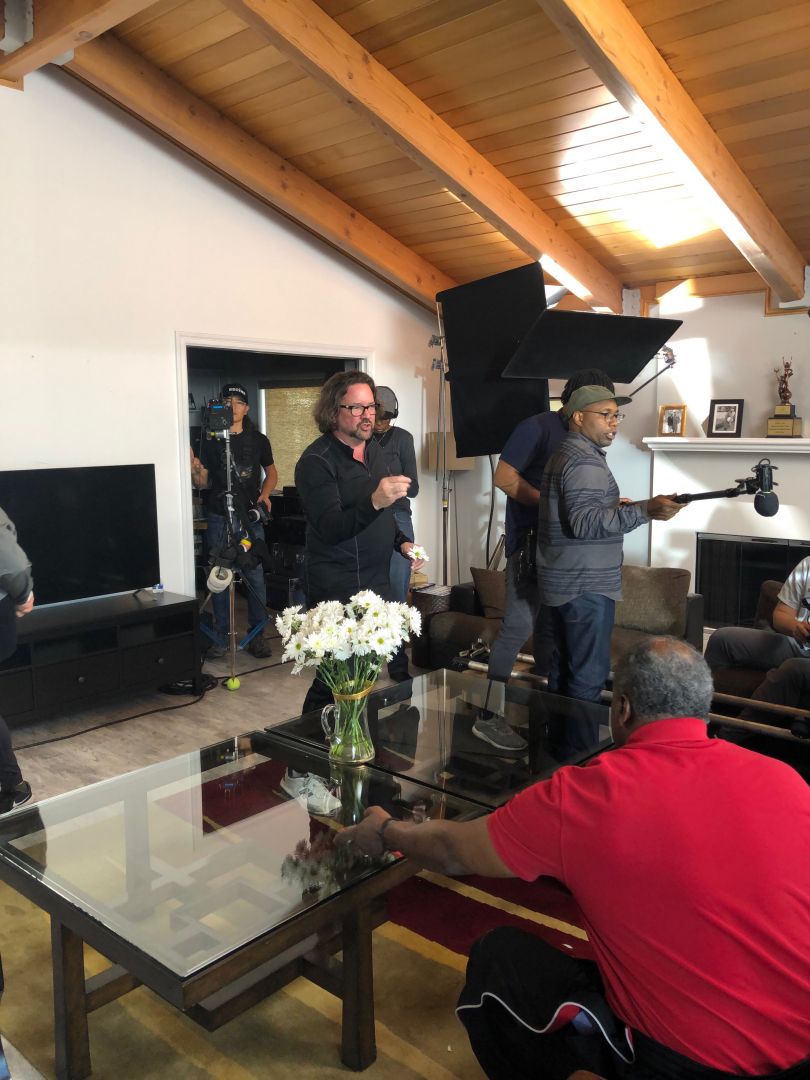 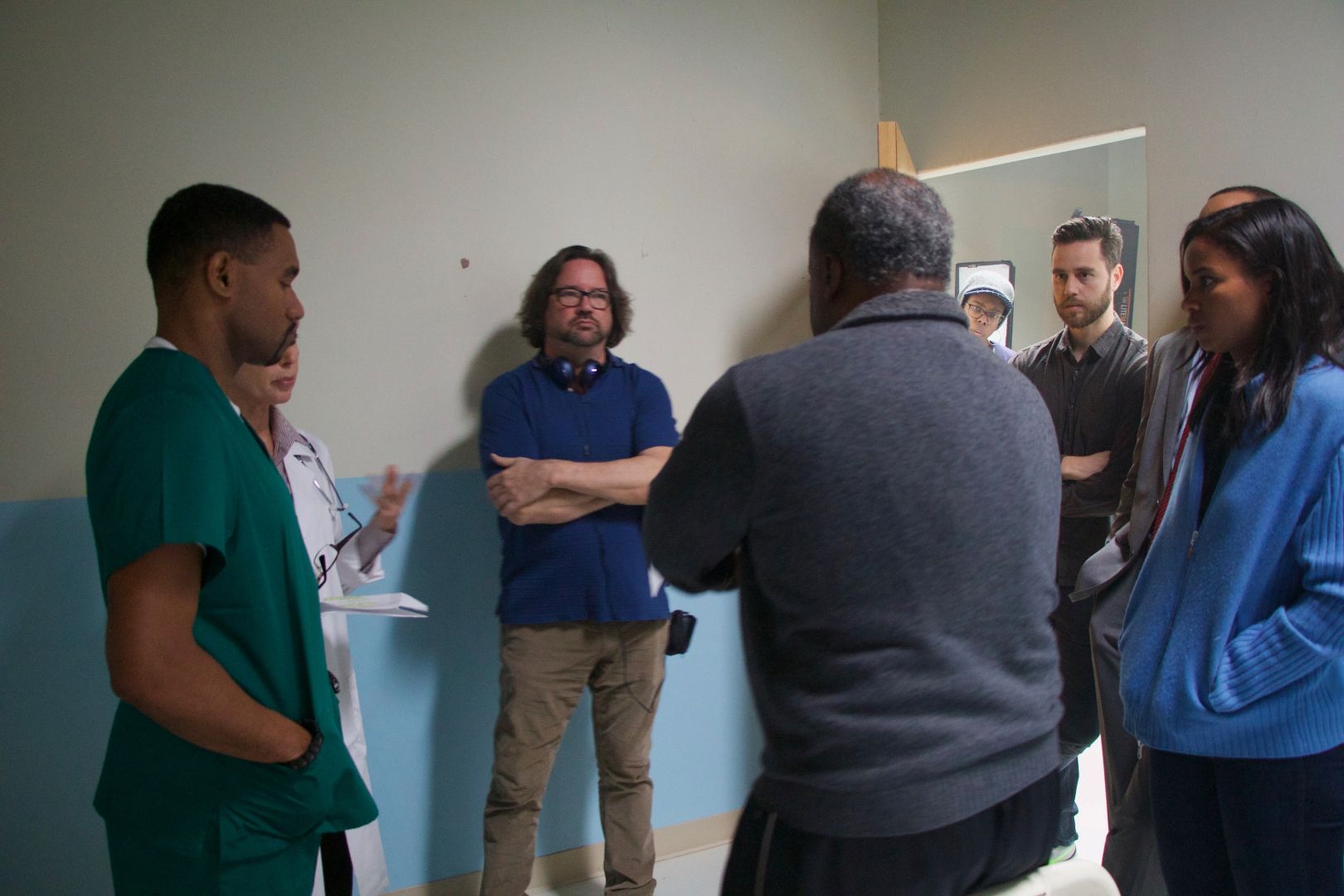 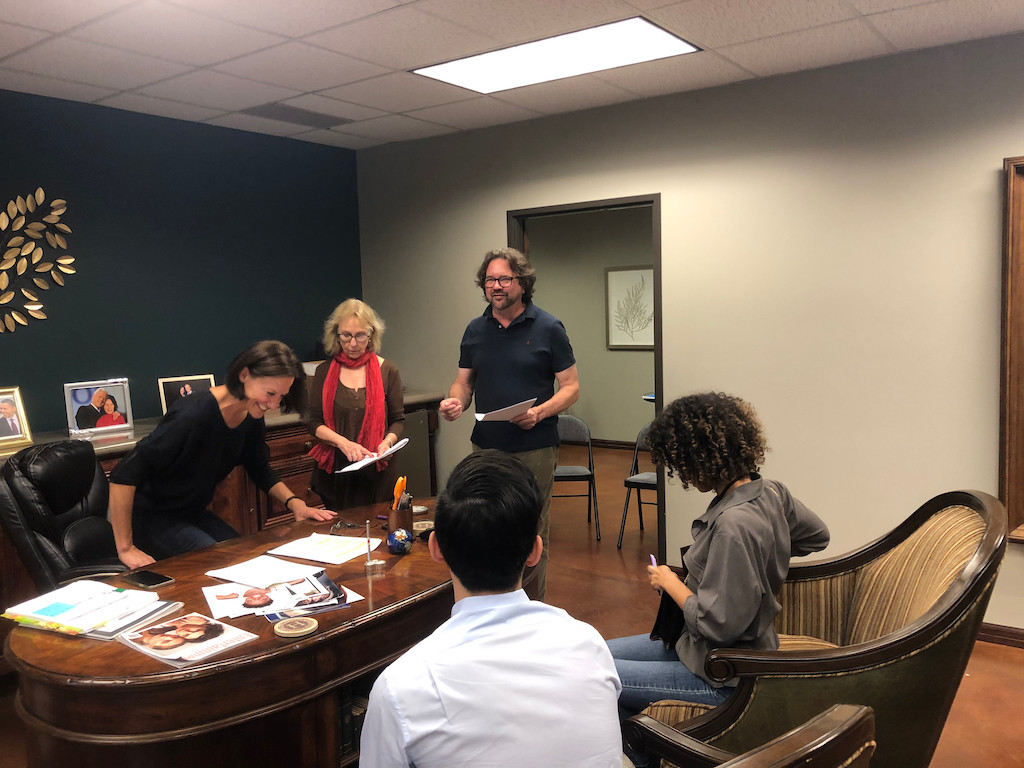 If you had a friend visiting you, what are some of the local spots you’d want to take them around to?
I’d try to show them the amazing geographical and cultural diversity of Southern California. A trip to Palm Springs, to the mountains, and of course the beach would be musts. Exploring Little Tokyo and the old Mexican quarter on Olvera Street in downtown Los Angeles, and the vast expanse of Chinese life (and food) in the San Gabriel Valley. Perhaps a trip up the coast to Santa Barbara and then into the wine country of the Santa Ynez Valley. Many who visit don’t know that Los Angeles also is filled with traditional “high brow” culture. So, if the museums are open, a trip to both the “big Getty” and the “Roman Villa Getty” would be on the list of things to do, as well as to the Peterson Automobile Museum and the Norton Simon Museum in Pasadena. If live music is being performed, a night at the LA Philharmonic or LA Opera one night, and finding great musicians playing live jazz at a small club another night. 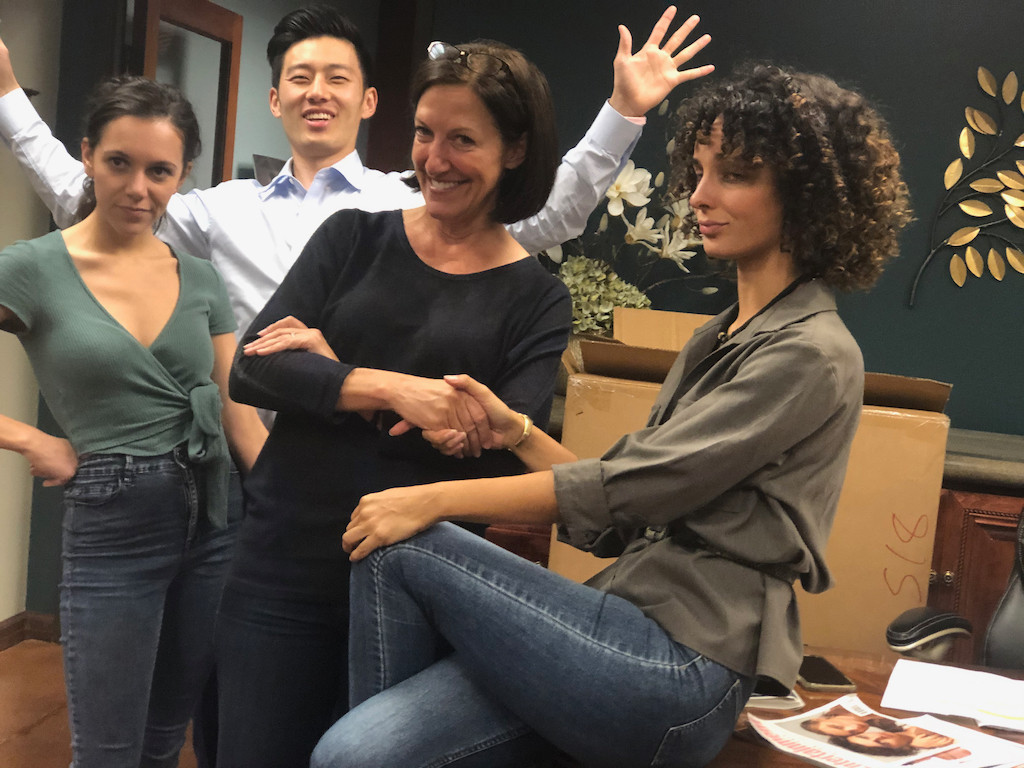 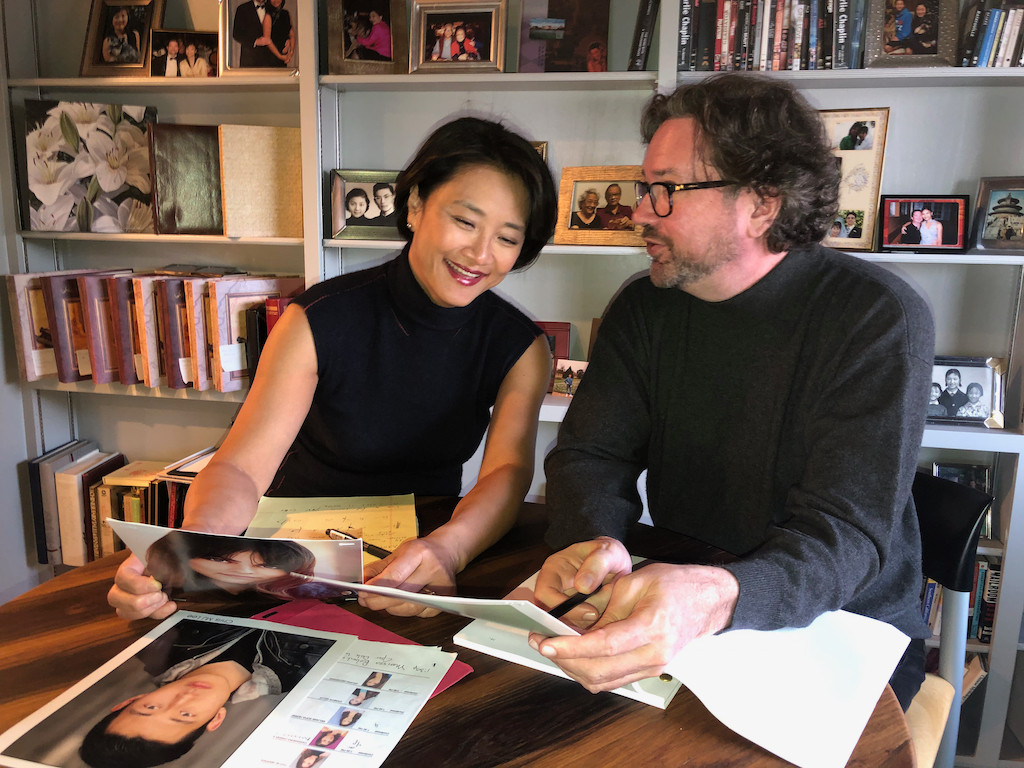 Who else deserves some credit and recognition?
Jean Su, my life and business partner deserves the biggest shout out from me. Without her continuous support and creativity, I would not have been able to achieve what I have so far, or been on the path that I am towards getting a feature film produced. She is an incredible dynamo in every regard – intelligent, driven, creative and compassionate – and the co-creator of most of my stories, and the best editor and sounding board possible. I’d also like to thank all my friends who have put up with my asking them to read my projects – some multiple times. And to all my instructors and classmates at UCLA, who have been supportive and helpful in so many ways.