We had the good fortune of connecting with Abdul Malik Abbott and we’ve shared our conversation below.

Hi Abdul Malik, every day, we about how much execution matters, but we think ideas matter as well. How did you come up with the idea for your business?
My company’s name is Blue Music Productions. The name came from the soul music band I formed in 1990’s with a talented musician/songwriter/friend Daryl Serrano back in NYC. We teamed up with a few other musicians & singers and formed a recording band called “Blue”. Once the music project ended, I kept the name “Blue Music Productions”, which I used to record and produce the songs. I then transferred the “productions” part to music video productions in which my first production was for then unknown rapper Jay-Z. I produced and directed his first music video “I can’t get wit that”. Since then Blue Music Productions has gone on to help produce a number of music videos, short films, editing projects as well as photography projects and more music projects. 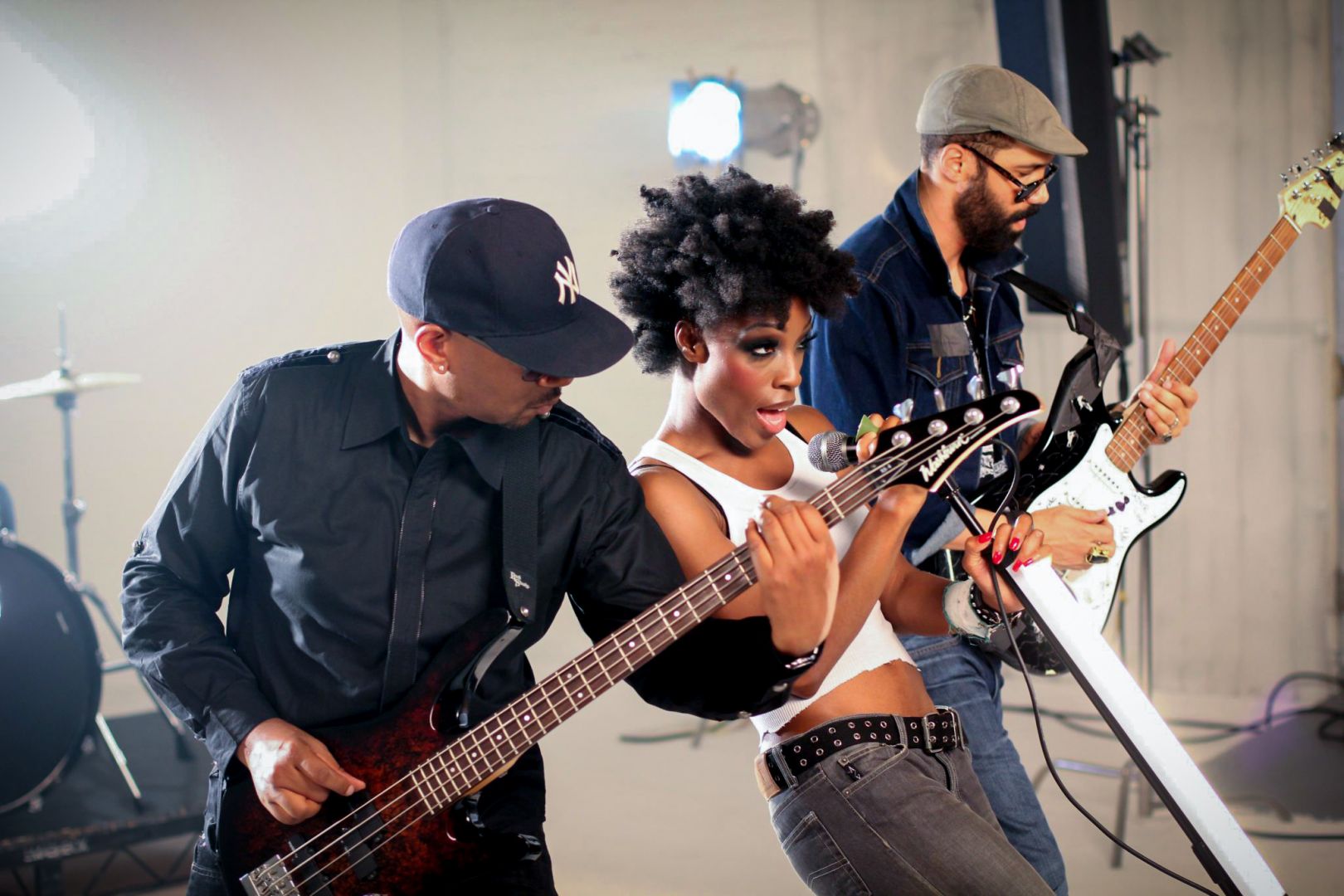 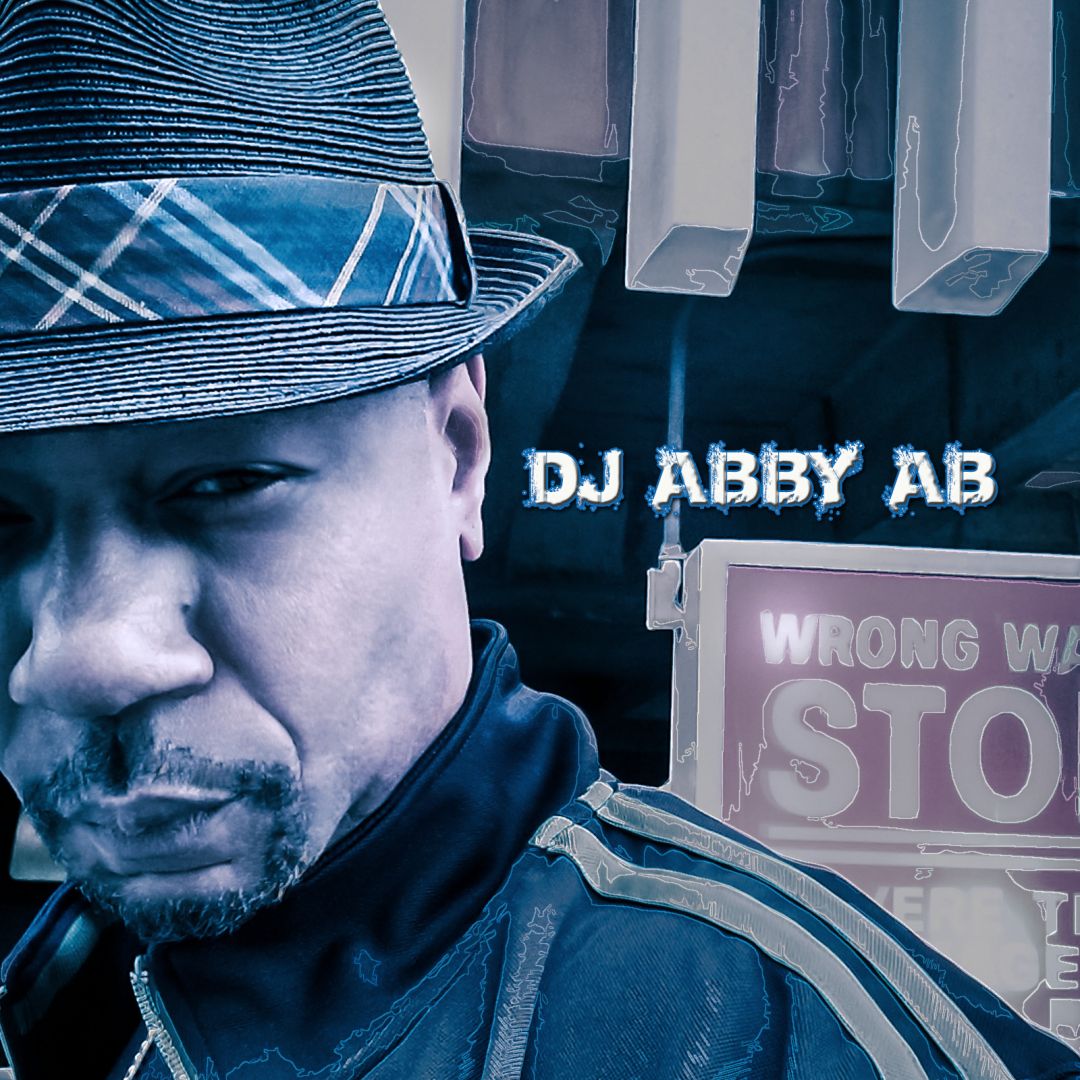 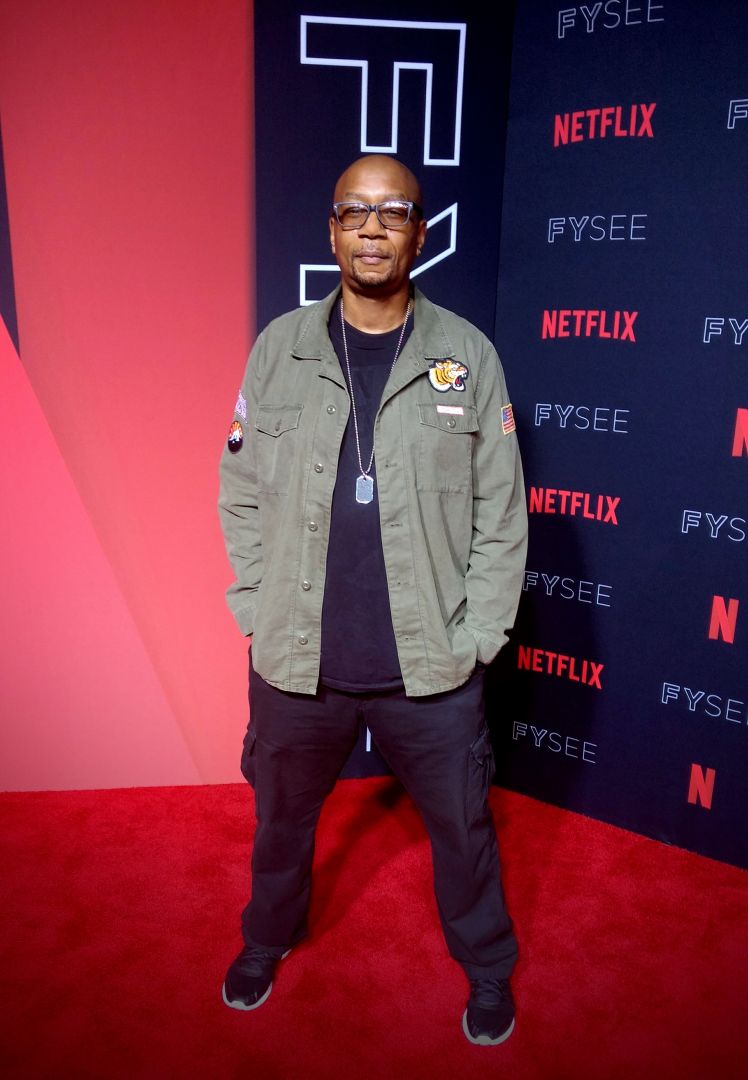 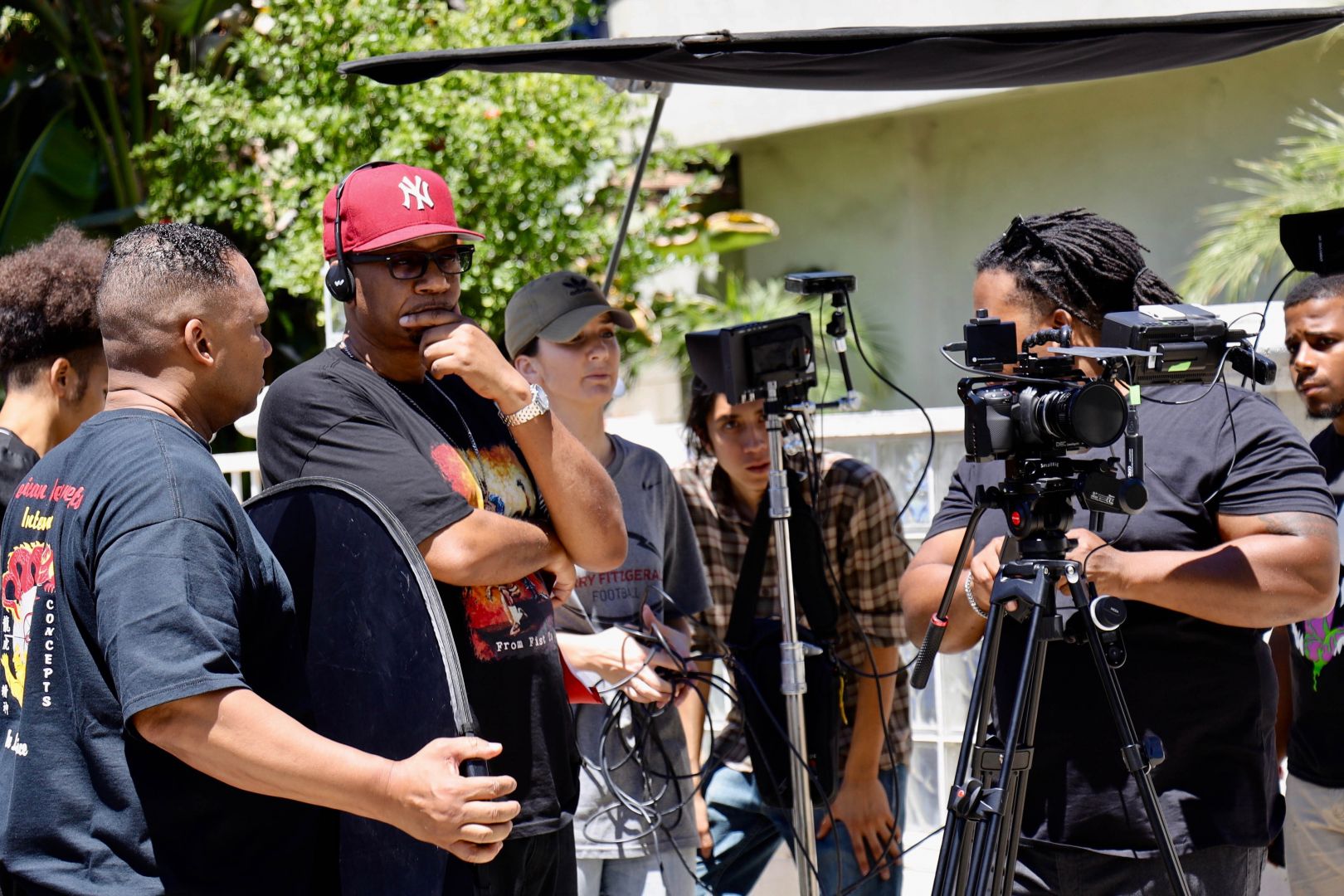 Alright, so let’s move onto what keeps you busy professionally?
I started out as a painter and illustrator. First I was into comic book art, then eventually wanted to get into fantasy art, inspired by famed fantasy artist Frank Frazetta and conceptual designer & illustrator Ralph McQuarrie. Eventually I enrolled in the acclaimed LaGuardia High School of Music & Art where I studied all levels of art, from oil painting to art history. During 3 of the 4 years at high school, I enrolled in Saturday animation classes at NYC’s School of Visual Art, an art college that I eventually would attend for 4 years as a film major. After getting my Bachelor degree from SVA, I was ready to conquer the world as a director (which was my dream), but, I had no clear path on how to become a working director, so I had to start from the bottom as a Production Assistant, which I already was doing for class credit or pay while attending film school.

Eventually I found myself working in the Sound dept. on movies, TV shows and music videos. It was very challenging to get work because the industry didn’t hire many Black crew members on any productions. Luckily I found myself working in the sound dept. on Spike Lee’s movie “Do The Right Thing”. That experience introduced me to so many people that I still connect with today and was the launching pad to a professional career as a sound tech, but still, I wanted to direct. After learning video editing at Downtown Community Television and Educational Video Center, I convinced a colleague of mine to let me edit a music video she just directed. That project started me down another creative path, but as an editor, which I became very successful as.
After a few jobs and creating a good editor’s reel, I turned my focused back on my dream to become a music video director. With my humble charm and editing skills, I was able to parlay my experience as a filmmaker into a job as a director for a music video starring a little known rap group from Philly called 2 Too Many. That group happened to be produced by Will Smith, so I was able to have “The Fresh Prince” do a cameo in my first music video. That job led me down the pathway to a successful music video directing career, but it was a slow crawl up the ladder.

After directing a few music videos for major record labels, I met an up and coming record exec. named Damon Dash, who was the manager for a rap group on Atlantic Records called “Original Flavor”. I directed and edited their video for the song “All that” and it became a hit on Yo! MTV Raps and Rap City. Soon after, I met Damon’s record label partner, the artist known as Jay-Z. We all connected and I went on to direct several successful music videos for Jay-Z, including the Platinum-selling long form music video project “Streets is Watching” and eventually directing the feature film “State Property” starring the roster of Roc-a-fella Records artists. Both projects charted in Billboard as #1 and #10 top-selling videos once released to the home video market.

As the music video industry slowly deteriorated due to the lack of sales stemming from the advent of Napster, I continued to remain creative and after my move to Los Angeles I began working as a videographer for BET, VH1, MTV and other major networks. With directing still the pinnacle, I joined the prestigious Directors Guild of America with the hopes I could parlay my music video and narrative work into episodic TV directing gigs. After directing several award-wining short films such as “Curse of War”, “Balance of Power”, “The Audacity” and “The Ties That Bind”, I feel I have created a pathway to TV directing and look forward to the opportunity to work as a TV episodic director.

My other passion is producing music. I created a band called B.O.S.S with my writing partner Natalie “Natalieq” Rand. We’ve released two E.Ps, “Tricky Kinda Love” and “Liquid Leather”, both soul-infused music projects. I also released a solo album entitled “Balance Love Power” under my stage name DJ ABBY AB (with some guest vocal artists on several tracks), it also served as the soundtrack for the short film I directed “Balance of Power”, which recently won “Best Experimental Film” in 2020 and 2021 at two different film festivals. I recently released a tune called “I Really Want to Stay”, a DJ ABBY AB collaboration with singer/song writer Kimberly Lee.

During the covid-19 lockdown, I had the privilege to Produced two virtual award shows for AAFCA (African American Film Critics Association). The AAFCA TV Honors and the AAFCA Awards.

Let’s say your best friend was visiting the area and you wanted to show them the best time ever. Where would you take them? Give us a little itinerary – say it was a week long trip, where would you eat, drink, visit, hang out, etc.
I’d take them to take a photo in front of the Hollywood sign. (my not so secret spot) I’d visit Santa Monica beach as well as the Hollywood walk of fame and of course take them hiking at one of the canyons. We’d also have to visit my favorite Indian food restaurant “Bollywood Cafe” in Studio City. I’d also try to take them to a screening at the Directors Guild of America’s theater in WeHo, which is one of the best theaters in LA. Depending who’s around, I’d at least try to introduce them to one or two of my “famous” actor friends. 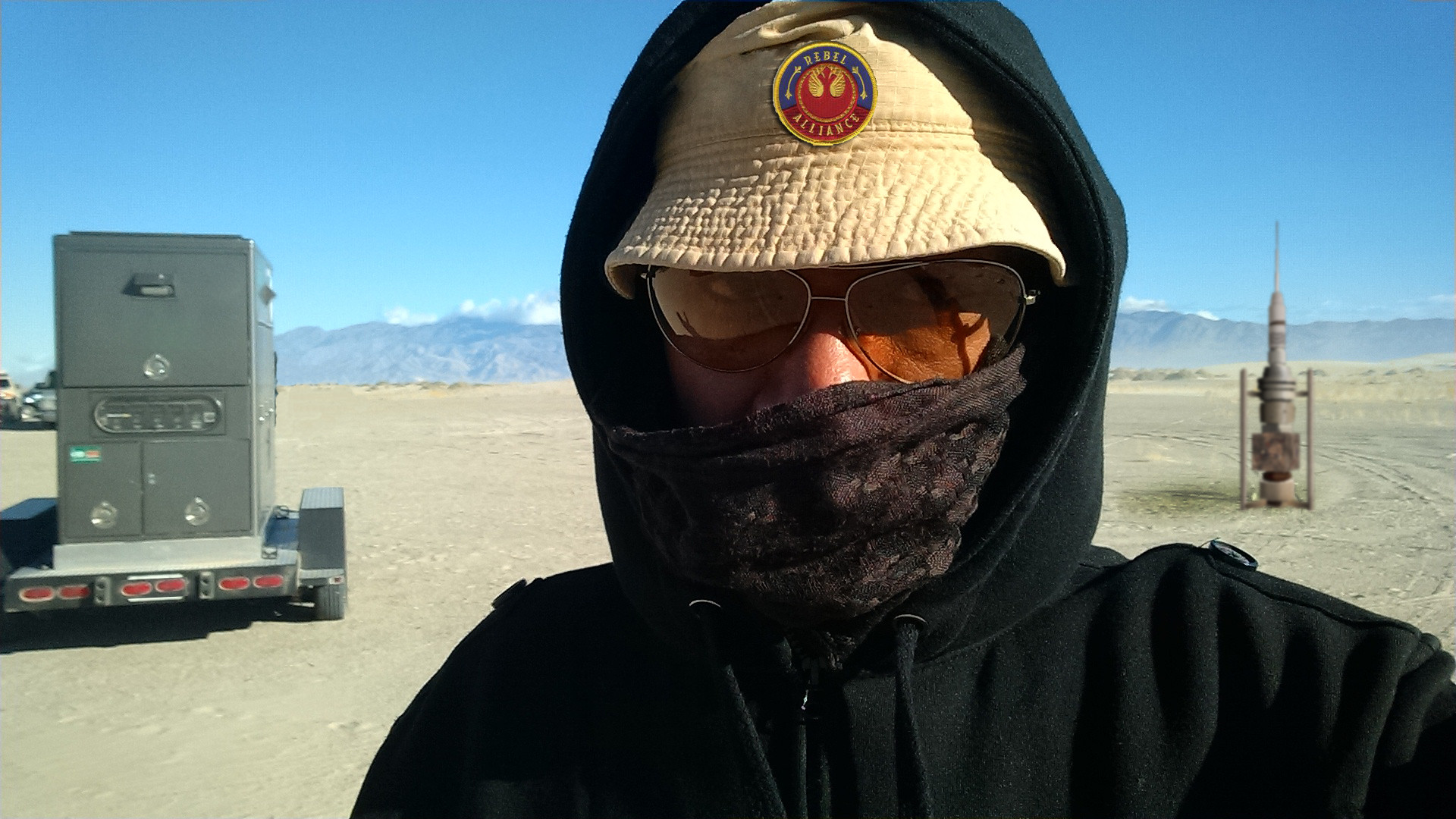 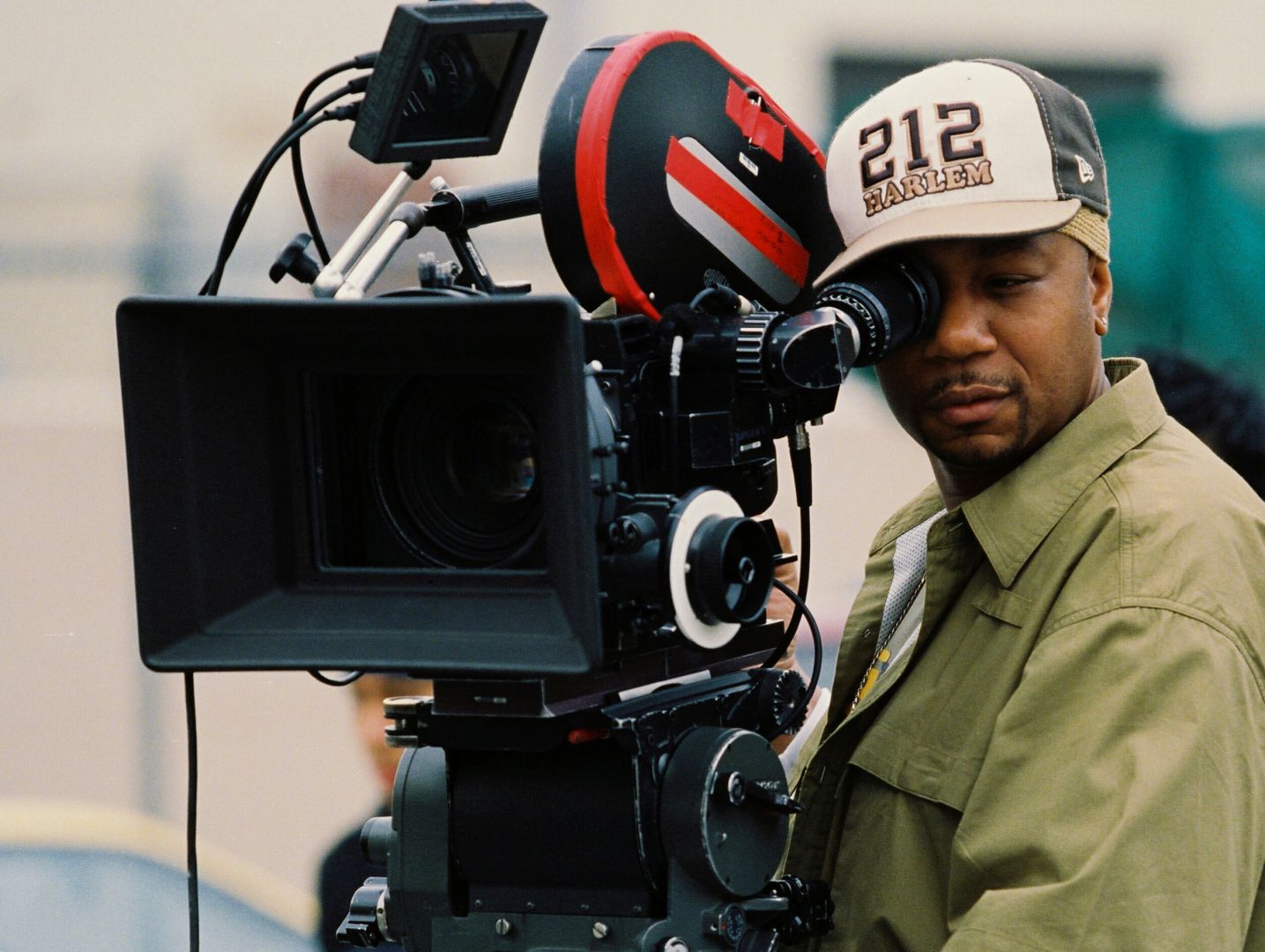 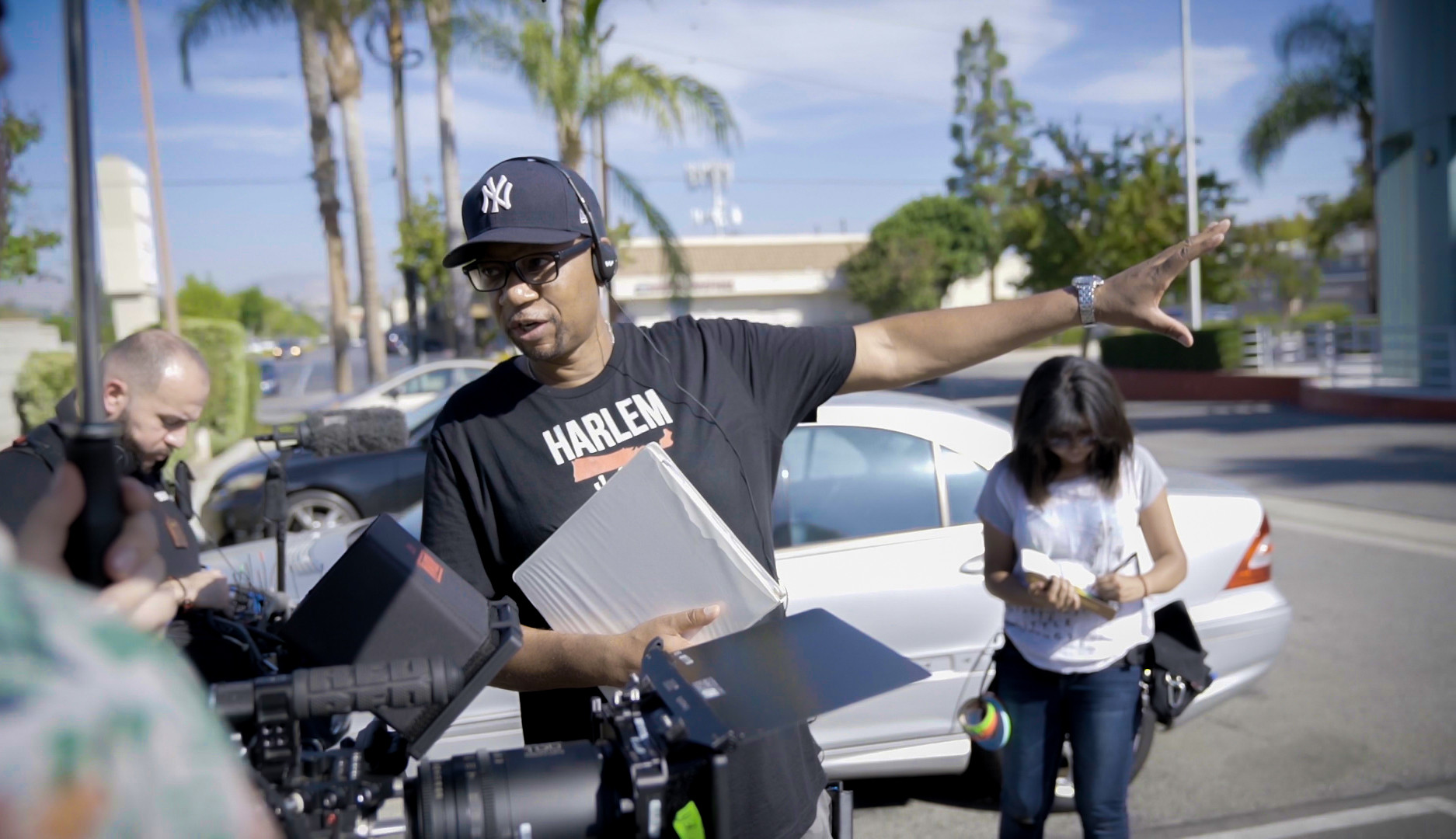 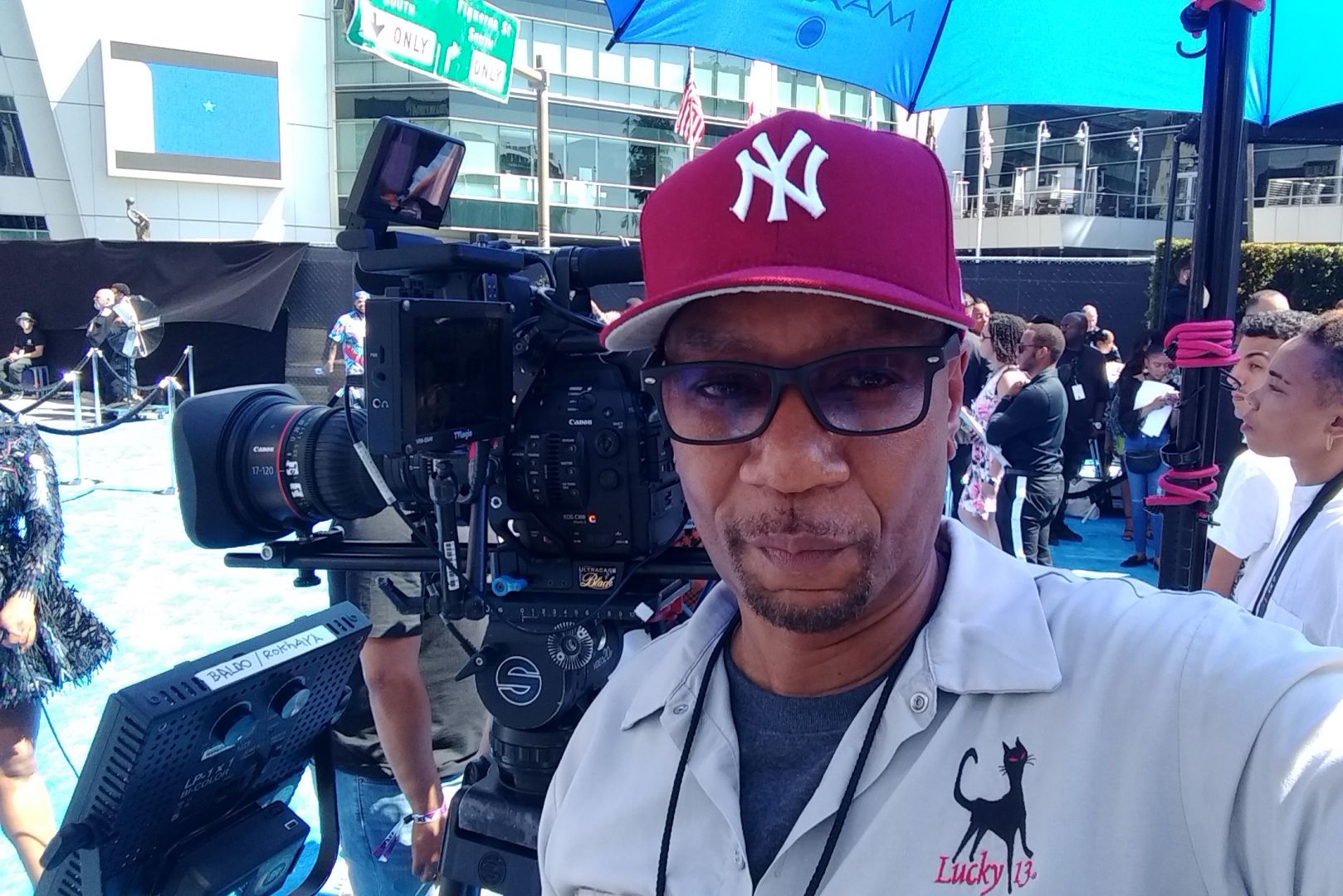 The Shoutout series is all about recognizing that our success and where we are in life is at least somewhat thanks to the efforts, support, mentorship, love and encouragement of others. So is there someone that you want to dedicate your shoutout to?
I owe my success to my mother Aisha Farid. She allowed and encouraged me to pursue my dreams as an artist when it wasn’t trendy or fashionable.