We had the good fortune of connecting with Adam Forstadt and we’ve shared our conversation below.

Hi Adam, what led you to pursuing a creative path professionally?
My intention was never to pursue an artistic career. I grew up thinking I’d be a lawyer like my Father. One early morning in 1993 changed all of that. I was fourteen years old when I was abruptly awoken by a large banging on our families front door. It was my brother, dressed in the aftermath of a prom Tuxedo covered in dirt and broken glass. I remember hearing the sounds of panic and confusion as my parents’ rattled off a lot of questions to him. It became clear that my brother had been in a car accident in the early morning after Prom, but in his shock, the confusion of where his date was became a great concern. We all jumped in my moms car and raced down the street to where my brother mentioned the accident had taken place. Sure enough, we discovered my fathers dream car flipped upside in the woods. I remember seeing the destruction and repeating to myself “how did he survive that?” which then led down a rabbit hole of disbelief that I almost lost my brother that morning. Soon, we were able to confirm that my brother had dropped. his date off just before the accident and that my brother was sober and had simply fallen asleep driving.

Hours later, we were all home and there was an unspoken feeling of fear, relief, and sadness. As a young boy I didn’t know how to express those feelings. I remember walking around his bedroom that afternoon and looking at the pictures pinned to his cork board, the magazine cut outs on his walls, and the cassette tapes that he listened to. This was my brother and I almost lost him. That feeling was very intense and my mind began to play a weird game of Tetris, architecting a story of how I felt, using all of the visual inputs in his room. I could hear the “soundtrack” I’d want to use, see all of the images I’d want to capture and could even feel the motion of how I was move from moment to moment. I felt like I was choreographing a dance in my head.

I picked up my Father’s camcorder. grabbed pictures of my brother off his wall and began organizing all of them on my parents bedroom carpet. I didn’t realize it at the time, but I was storyboarding my idea. Using RCA red and white cables I connected the camcorder to the TV so I could have live video playback and even made a mixtape that I played on my little boombox to perfectly sync up with what I was filming. With all of this now set up, I began videotaping the photos on the carpet as if they were live-action moments, zooming/dollying in and out of them, adding in-camera transposed title card overlays to talk about his life, our family, the prom, and how thankful I was that he was alive. It was weird and I will never forget how connected I felt to that camera in that moment. All the emotions that were bottled up inside me flowed through my hands and in to the motion of how I moved around those photos. I must have done about a hundred takes before I was finally happy with how it matched what I had in my mind. When I was done, I ran downstairs and showed my whole family and it brought everyone to “happy tears”. Their reaction was the icing on the cake for me; an impactful moment that made me feel something very raw had turned into an artistic expression that I could then give back to those I loved.

Needless to say, that was the beginning for me and I continue to try and infuse my truest feelings into everything I now create. 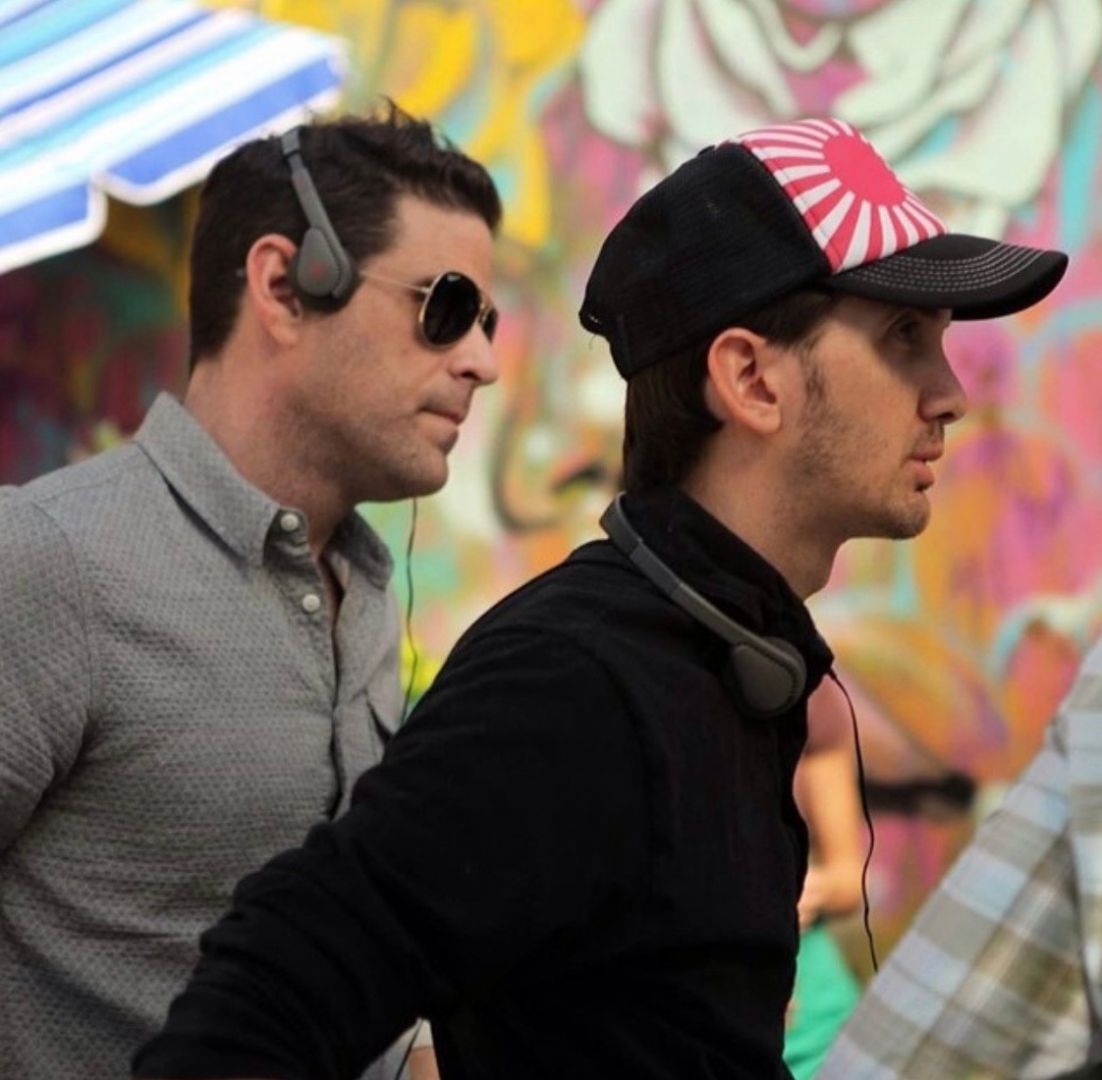 Alright, so let’s move onto what keeps you busy professionally?
My career has never been linear. In college I had a campus TV show which got the attention of a famous film director in New York City. I began working for his startup my senior year which eventually propelled me to Los Angeles to pursue a career in entertainment. Needless to say, the freelance world terrified me so I took a job in Advertising to pay the bills. Turns out, I’m really good at it and have now built a 20 year career out of it!

But to the heart of your question. What makes me standout is that I have always defined myself as a jack of all trades, but only until recently has that term not come with an incredible stigma. I remember being told by a very senior creative director that because I was a jack of all trades I was a “master of none”. Turns out, he’s an outdated clown now and my skillset is at it’s highest demand. Truthfully, my career has been a constant battle to prove value. Scrappy filmmaking is not lesser-filmmaking and that was very hard thing to express before social media. Thanks to the rise of platforms like TikTok, clients and agencies alike are now realizing the true value of my expertise.

The secret sauce is that I never get lazy. I never stop making content, no matter how high up the corporate ladder I climb. Ask anyone, to this day, I’m still a scrappy creator in the shell of an executive. I pride myself on that. 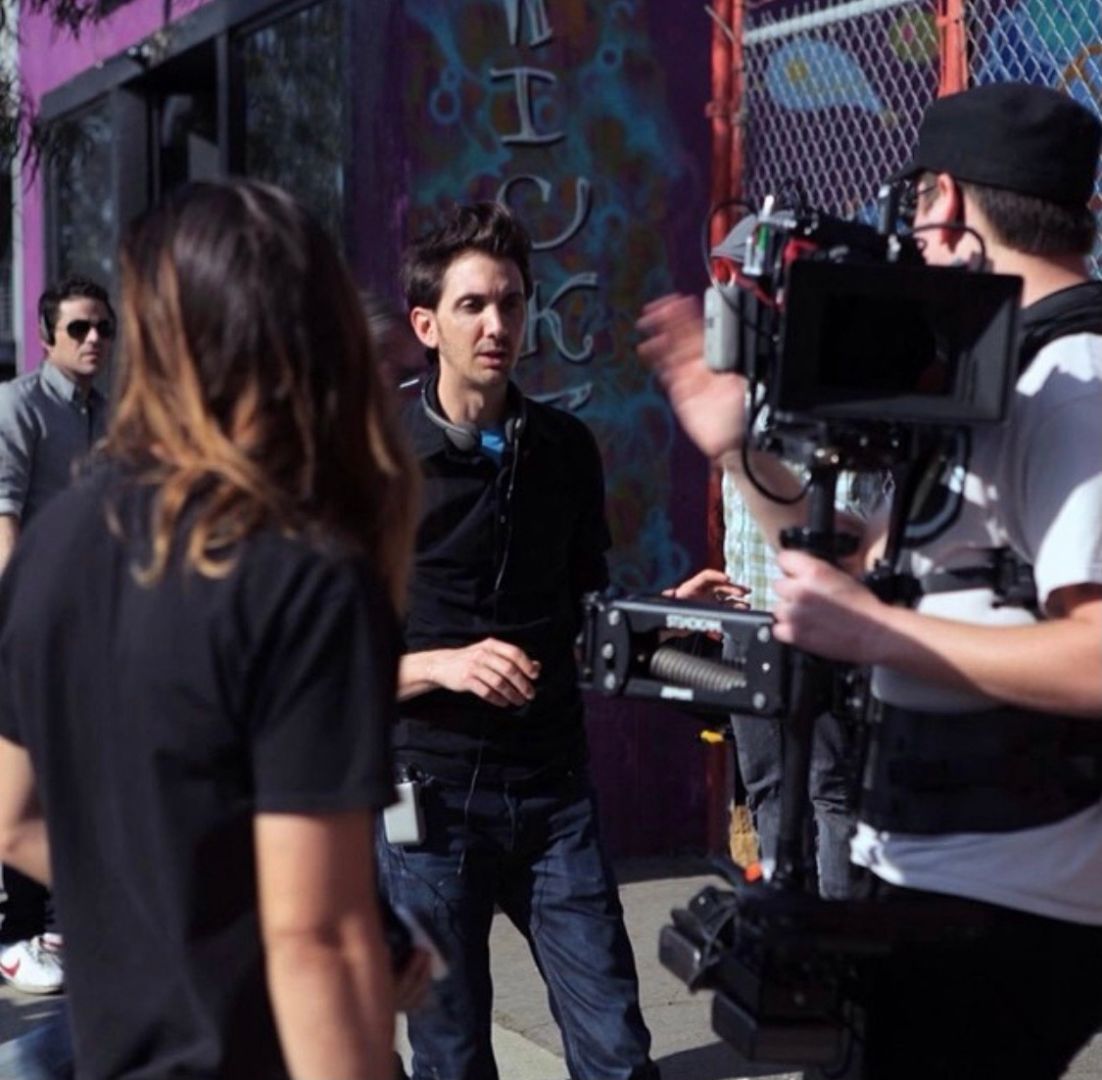 If you had a friend visiting you, what are some of the local spots you’d want to take them around to?
Ha! You asked the wrong guy. I would never invite anyone here for a week, that sounds like torture. I love my family and friends, but no thank you! However, if someone was visiting I would do the following:

– A LOT of sushi (So Many Places)
– In n Out Burger (Animal Style)
– Taco Trucks (Potato Tacos)
– Houston’s Ribs and Spinach Dip
– Manhattan Beach Relaxing
– Hollywood Sign if they really wanted to see it (Torture)
– Sunny Blue in Venice
– Golf – if they play
– Introduce them to a few friends
– Watch TV
– Get bored of them.
– Pray they take an early flight
– Miss them when they are gone

Shoutout is all about shouting out others who you feel deserve additional recognition and exposure. Who would you like to shoutout?
My parents have always supported my dreams. A quick shoutout to Judi and Matthew Forstadt. Thank you for my first camcorder, all of the absurdly unnecessary electronics you bought me as a kid in the 80’s, and having my back for all of these years.