We had the good fortune of connecting with Adi & Mak Omanovic and we’ve shared our conversation below.

Hi Adi & Mak, where are your from? We’d love to hear about how your background has played a role in who you are today?
We are twin brothers Adi & Mak Omanovic, born in Sarajevo, Bosnia & Herzegovina in 1985. Due to the unstable political situation in the former republic of Yugoslavia in the beginning of the 90s our parants decided to go to Sweden for a short period of time until things ”got better”, but they didn’t and the war in the Balkans started in April 1992. Our family stayed in Sweden and this move has impacted our life in many ways, mainly good ones.

Our dad bought a Hi8 camera to document our new life in Sweden and send these tapes to our relatives who now were spread out all over the world due to the war – from Australia to the USA. We didn’t enjoy these videos too much, they weren’t as fast-paced as the films by Tarantino, music videos on MTV and cool commercials on TV we were used to at that time. So we took the camera, without any permission of course, this was after all a huge investment for our very limited family economy, and we started shooting our own stuff. The plan was super clear – to become the next Tarantino, Kubrick or why not the next Cohen Brothers, we were filmmaking brothers after all. Every time we pressed REC a complete new world of opportunities opened up in front of our eyes, this was magic and we were in charge.

We started making silly shorts, our own versions of popular comedy TV shows in Sweden and our own takes on commercials for well known brands like Nike and Coca-Cola. We truly believed we could create something that was as good as the high end commercials we were inspired by. When we look back at the early material it was by no means anything that could or should have been screened for any kind of audience, it was pretty bad. Sometimes a little funny and charming but overall pretty bad. But that naivety stayed with us as we developed and started our own film production company Omanovic Production in 2007.

We were so happy anybody wanted to hire us to make their films. At the same time we were amazed by the fact that we could make a living by making infomercials for other companies. We tried everything and never charged by the hour, we just worked until deadline and complete exhaustion. And it payed off, not in money but in the priceless form of film education. We wanted to learn everything in filmmaking- from planning, script writing to editing and post production to maximise the resolution and video quality. And the companies we worked for gave us more and more freedom in storytelling, they even let us make up ideas for commercials with pretty decent budgets. We lived our best life.

As time went by we realised that we wanted to get back to the core of what we dreamed about in the beginning, making our own stories from scratch, with our own sense of humor and themes about being raised with two cultures, being Swedish and Bosnian at the same time. Ever since we started the cultural clash has been a huge inspiration in our script writing. The short films we have made always have that theme and are most often comedies or drama comedies with a little twist. 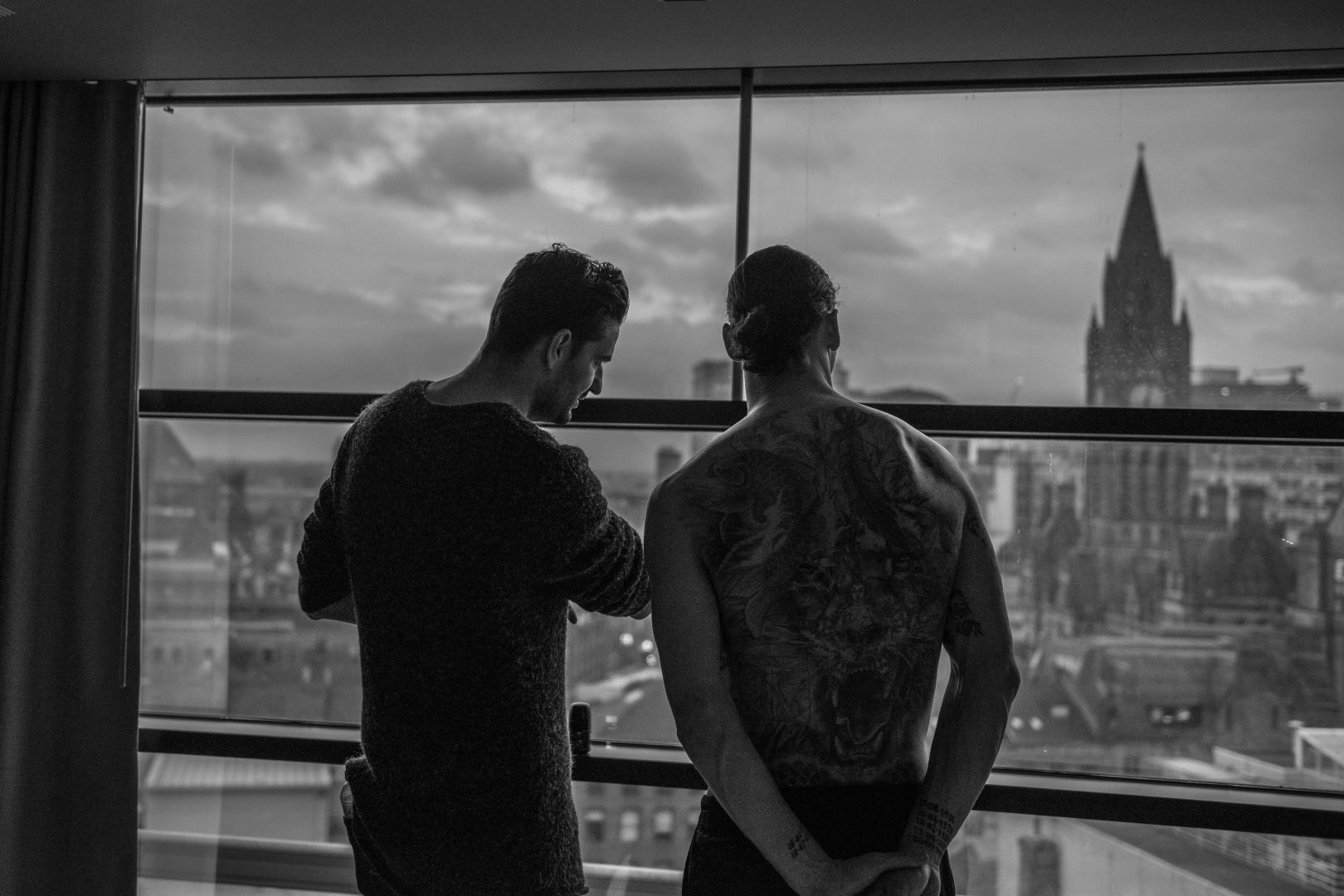 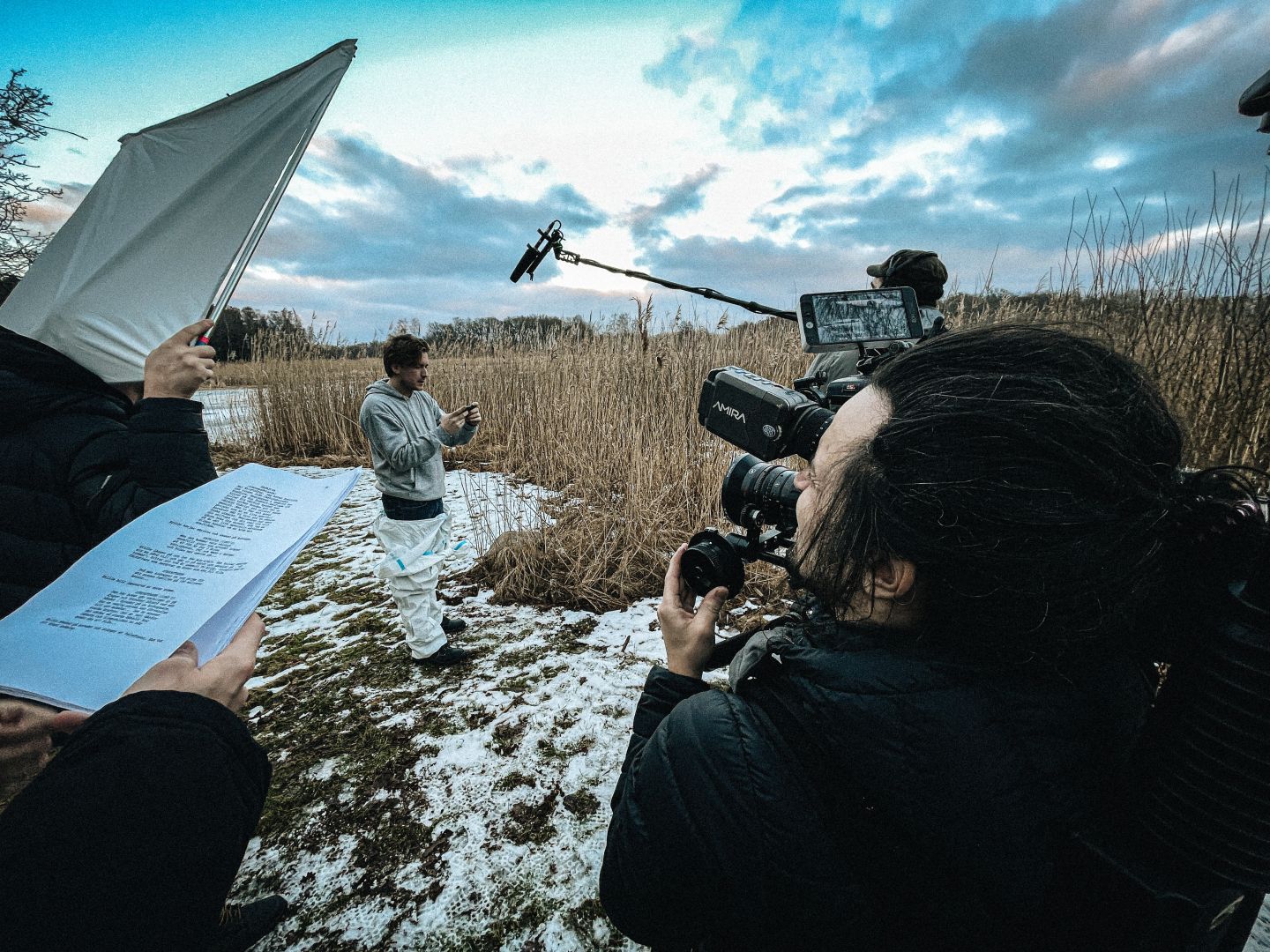 Alright, so for those in our community who might not be familiar with your business, can you tell us more?
We never went to any film school. We tried once to apply for the best film school in Sweden, Stockholms Dramatiska Högskola (Stockholm University of the Arts) and got almost through but failed in the end and never got in. This might have been the best thing for our creative life. We knew we wanted to work in storytelling but we also knew the path would’t be so straight and easy. So we did it our own way, and that truly learned everything about hard work. For many years we worked all awakened hours. We were the first ones to show up at the office and the last ones to leave. This workaholic life style gave us the opportunity to learn everything we needed to make films effectively – with small crews and low budgets, since we did many of the positions ourselves.

This wasn’t easy but the greatest lesson we learnt from this time was – the essentials to make great films is to focus on the story. And we realised that you don’t need much of everything to do that, just a good script and a couple of great actors, a camera and a small flexible crew. The rest is a bonus. And until this day we like to work with smaller crews, people that are dedicated and eager to work hard and tell a great story together with us.

In every project and story we try to find something unique and charming, no matter subject, client or budget size. We also try to include diversity and put some humour in there. After all, we have the great advantage of living with two cultures and also being twins observing the world with four eyes.

Earlier this year we shot our first feature film. This was the greatest experience in our working life so far. During the shoot we tried to remind ourselves to stay silly, try new things, do those things we enjoyed watching when we were young and not to think too much about the audience at that point. It took time to clear our minds from months of pre-production hustle and start getting creative for real with the actual story. But when we finally did unleash that childhood dream of creating something unique, that nativity from our younger years came back and we were unstoppable. It paid off with awesome material, better than we could imagine during preparations. So we guess – good things will come to those who stay naive and work hard. 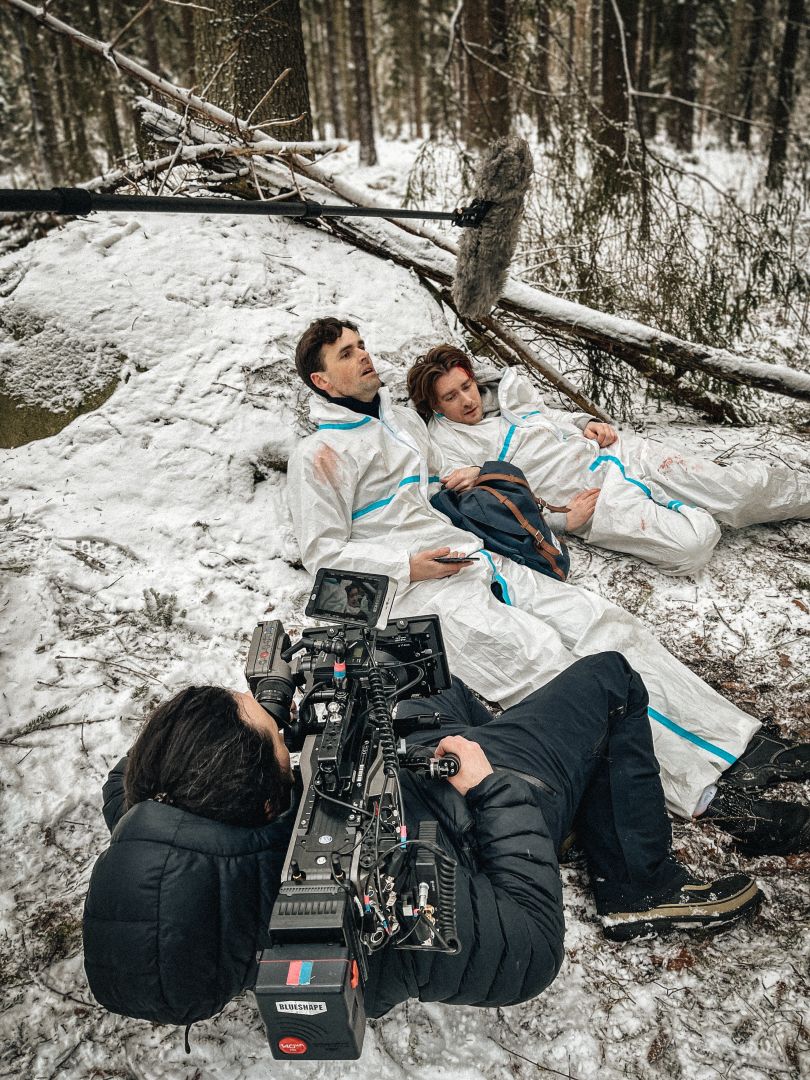 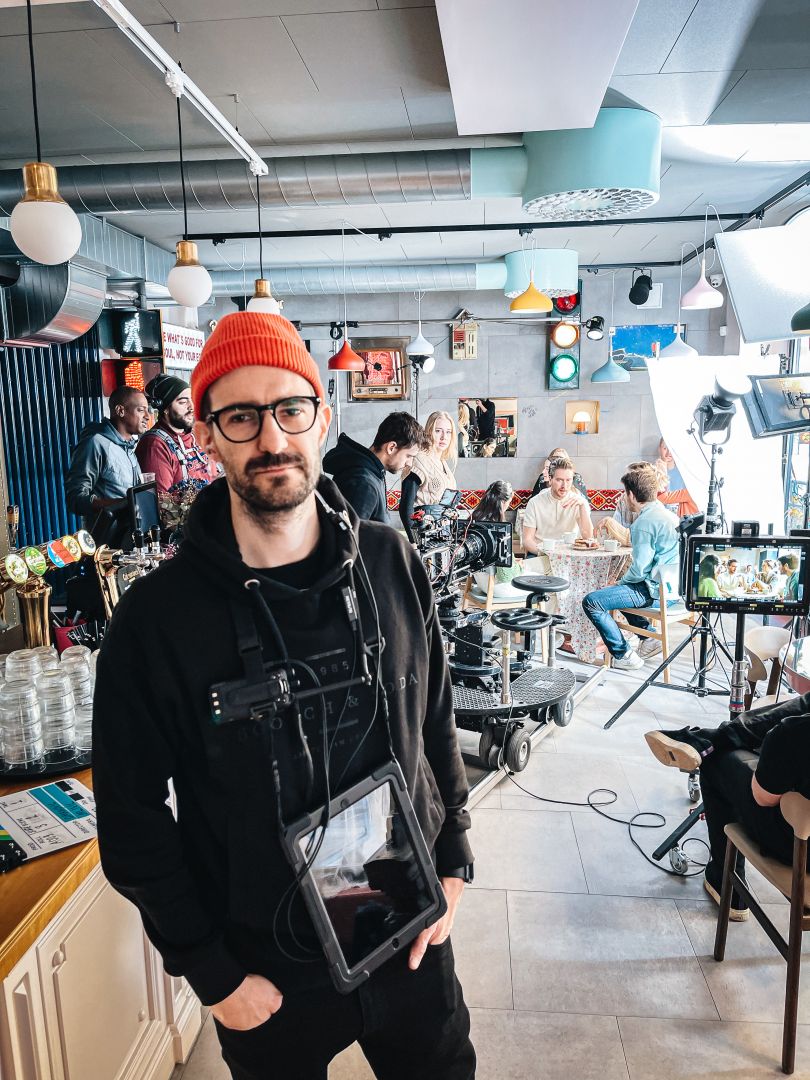 If you had a friend visiting you, what are some of the local spots you’d want to take them around to?
(Don’t know if this should be about LA or not, but we would like to recommend a great spot in Stockholm, Sweden).

The Film House in Stockholm is a great spot for all film lovers. You don’t even have to love film to enjoy this unique place built in 1971, almost completely in concrete. It’s a great place to attend unique film screenings, visit the film library, eat a good lunch or just have a cup of coffee and dream away in the Clockwork Orange-like interior. You will get inspired here no matter what creative area you’re working in. 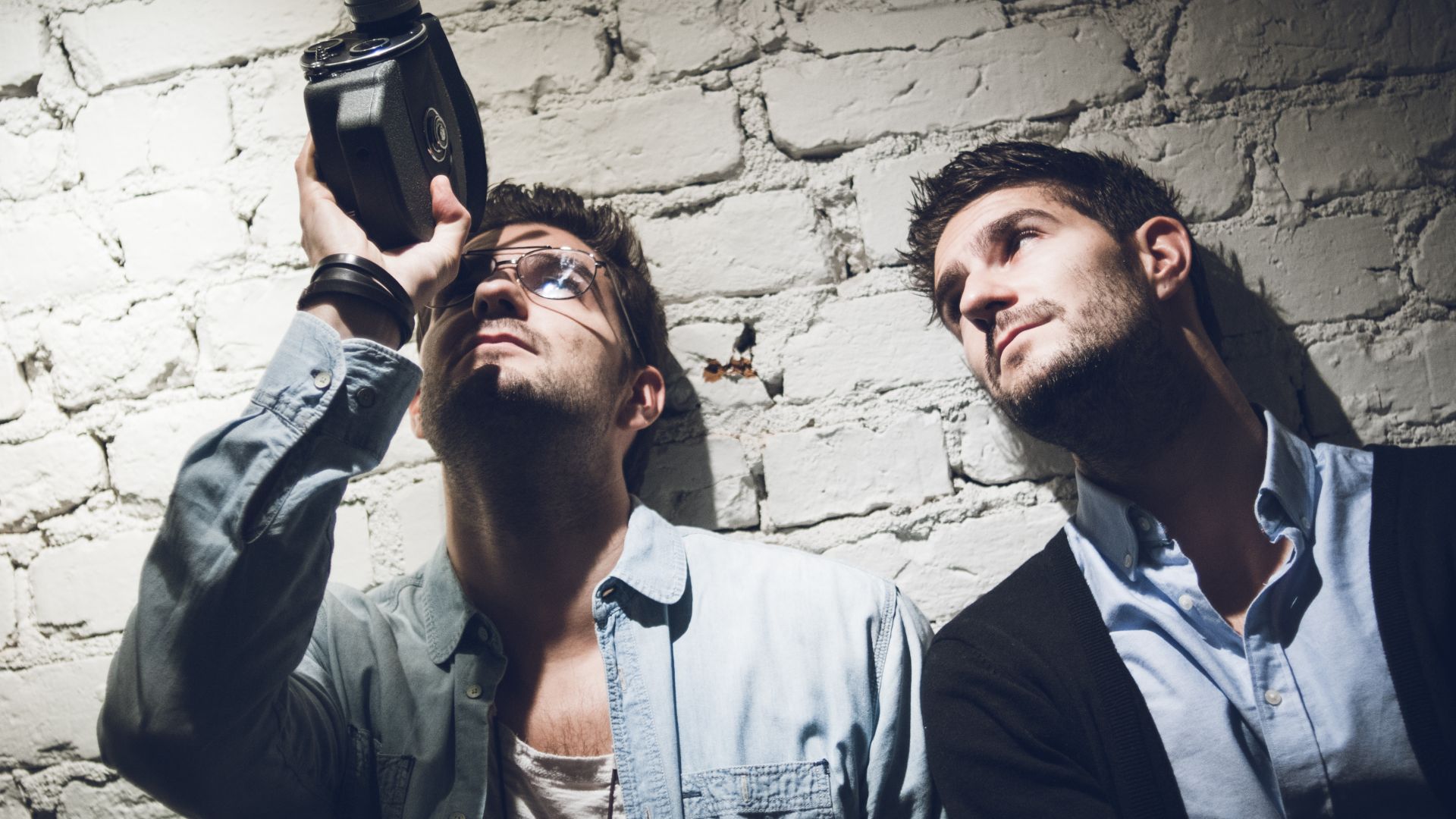 Shoutout is all about shouting out others who you feel deserve additional recognition and exposure. Who would you like to shoutout?
When we started making our short films we were eager to get in touch with people of the Swedish film industry, real life professionals to learn from and work with. So we started scanning the web for film crew in the nearby area where we lived, the suburbs of Stockholm. We found Sollentuna Film Club, a group of middle aged men who loved film and made their own little stories in their spare time. Most of them are engineers, economists and professional in completely different areas from filmmaking, but they all have a film interest in common. We contacted them and it was a match made in heaven. We had so many ideas and they had a bunch of semi-professional digital cameras they wanted to test for our short films. We were like kids in a candy shop every time we were supposed to film and we are pretty sure they enjoyed our never-ending will to explore new subjects. Together we tried the latest angles inspired by Guy Ritchie and violent scenes inspired by Tarantino.

Sollentuna Film Club stared off being that rich uncle with the expensive equipment but ended up being a lifelong friendship and mentorship for us from people who had experience in all parts life. People from Sollentuna Film Club were also the first ones to hire us to make infomercials for the companies they worked for outside this film hobby. Without Sollentuna Film Club we probably wouldn’t have started our production company and had the courage to go into this industry as professionals. Big shout out to Sollentuna Film Club for taking care of two crazy but passionate youngsters and for their patience to let us learn filmmaking with their equipment and help. We are proud to still have you in our life and all the memories we created though the years. 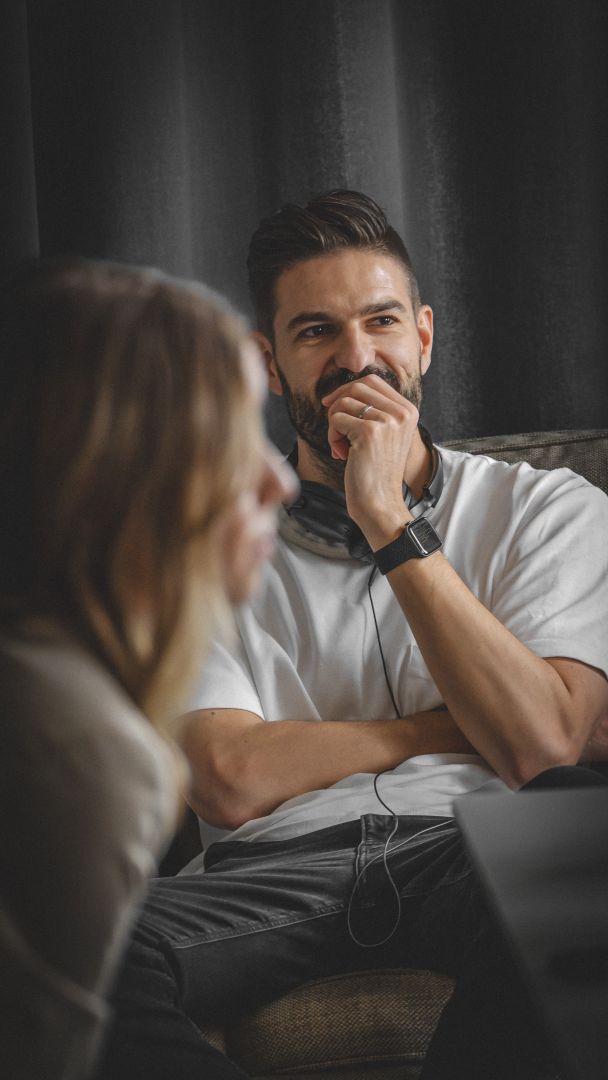 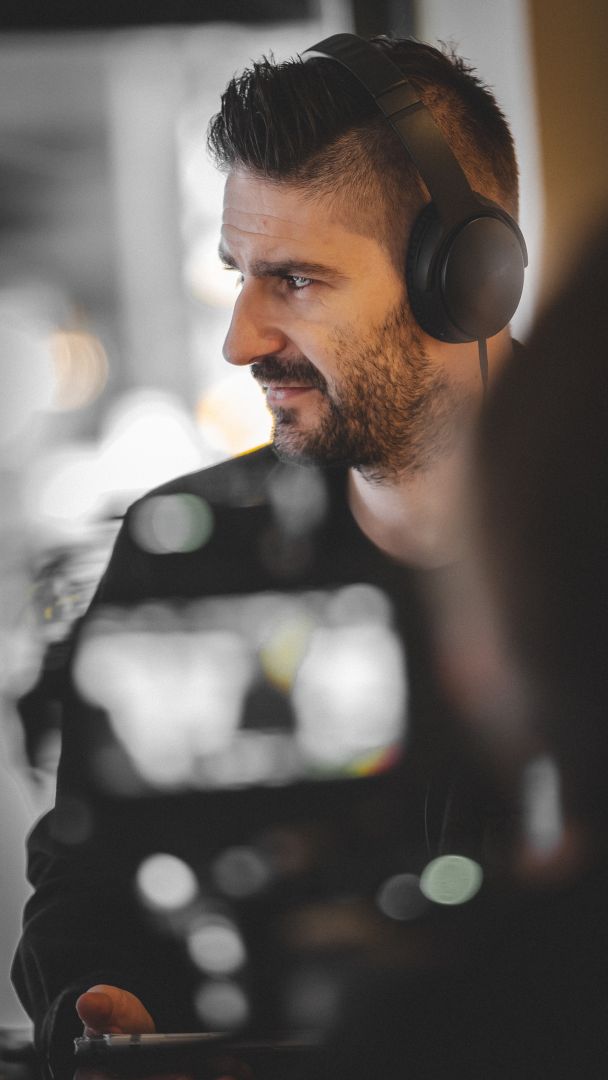