We had the good fortune of connecting with Adielenah Perez and we’ve shared our conversation below.

Hi Adielenah, can you walk us through the thought-process of starting your business?
Starting my own business has been a very gradual process. So much so that I didn’t even realize I had started a production company until a brand reached out and said “I’d love to work with your company.” Up until then, I was just putting one foot in front of the other and following my gut. I have been working in film and video production for a long time, since I was 15 making social justice documentaries with non-profits. Before quitting my job this year, I wasn’t sure that I could start a company. I didn’t know if I had the mindset for it because it is not easy. Knowing that, I didn’t put a lot of emphasis behind thinking of it as “a business.” I just made one choice, then another, then another. What I did know was that racial equity and inclusivity as well as gender parody on set are critical to creativity and innovation. In my company, those elements would not be after thoughts, or hurdles to get over. They would be essential elements, embedded in the fabric of the company, from pre-production through post. 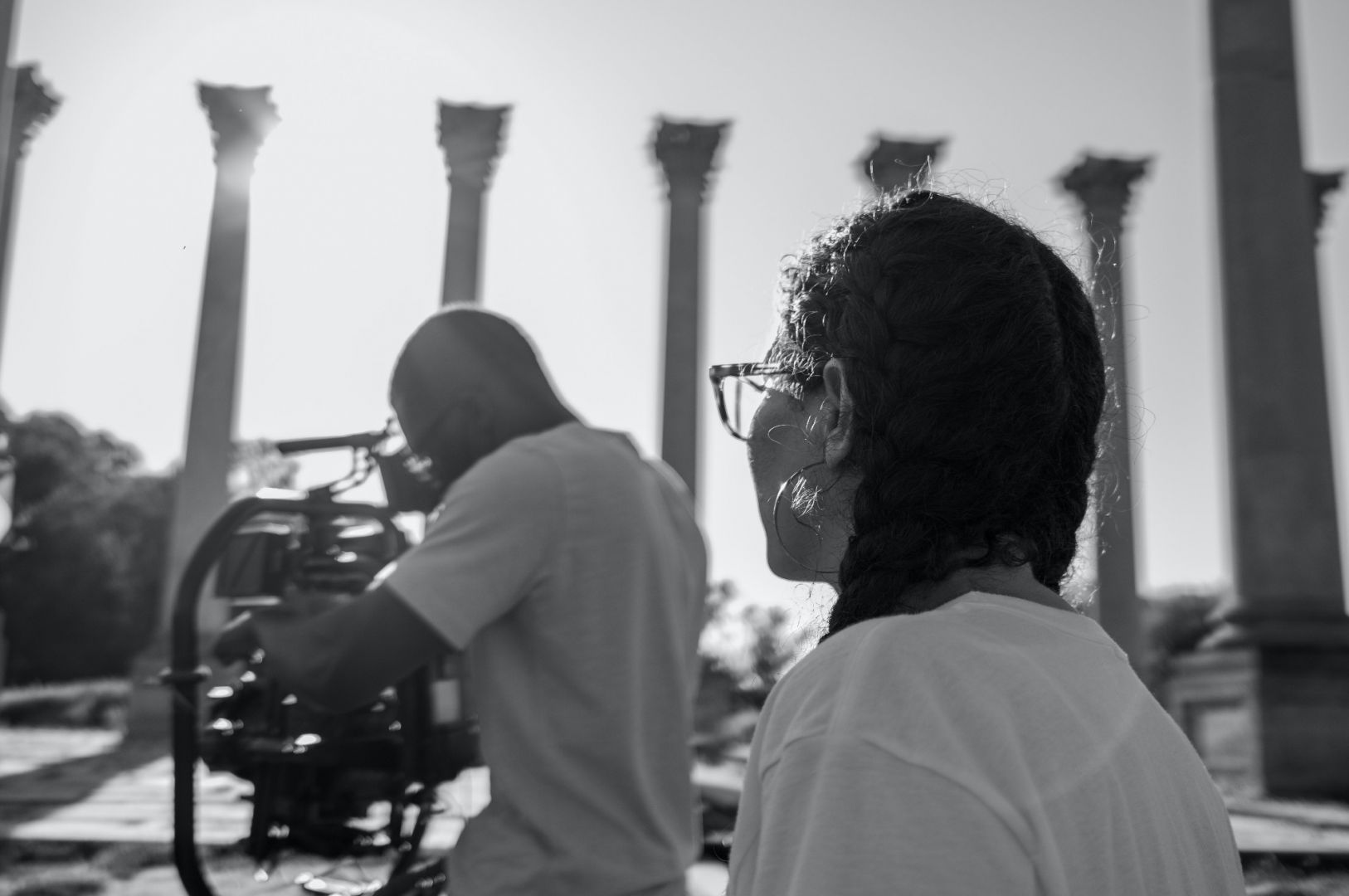 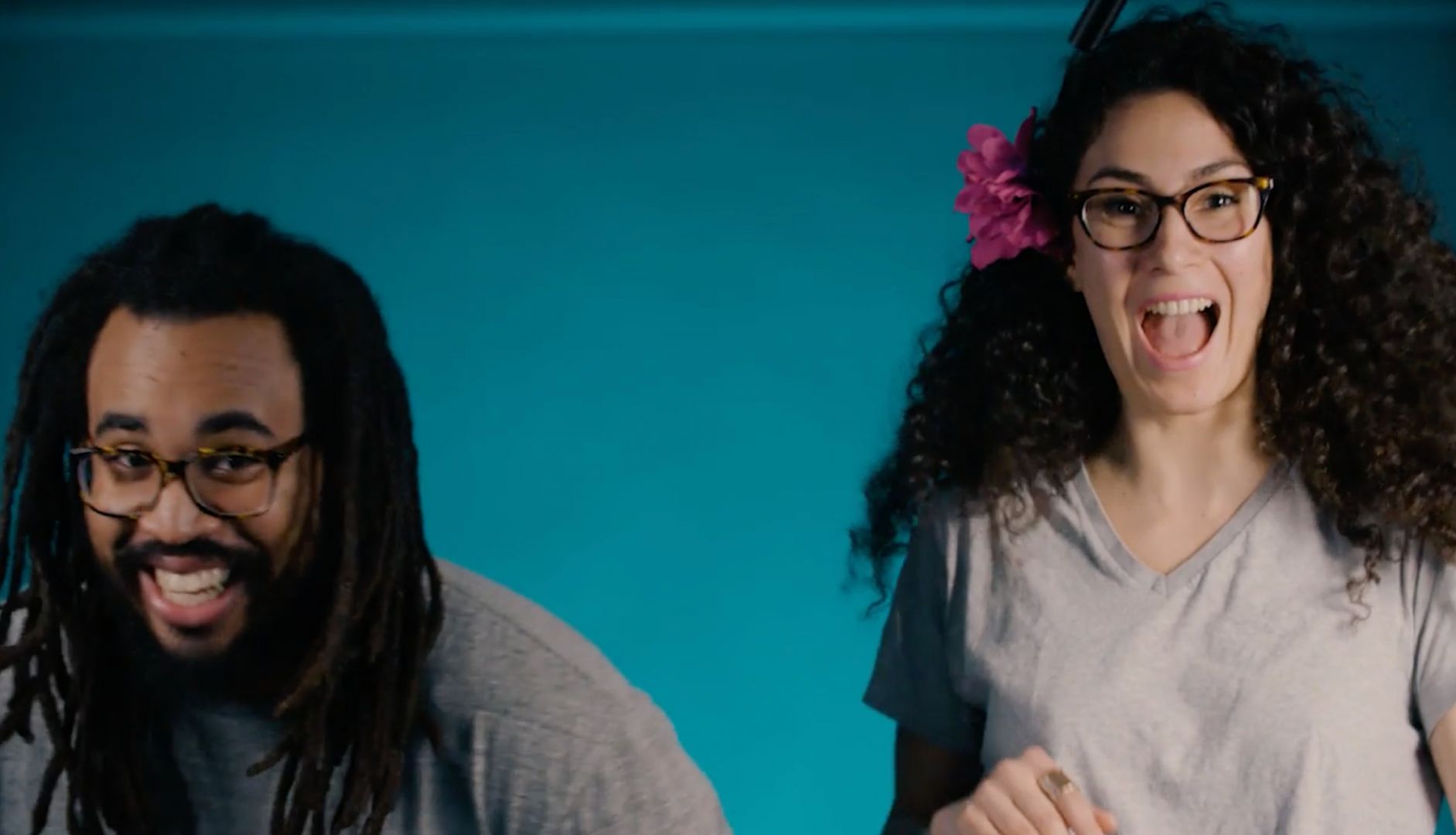 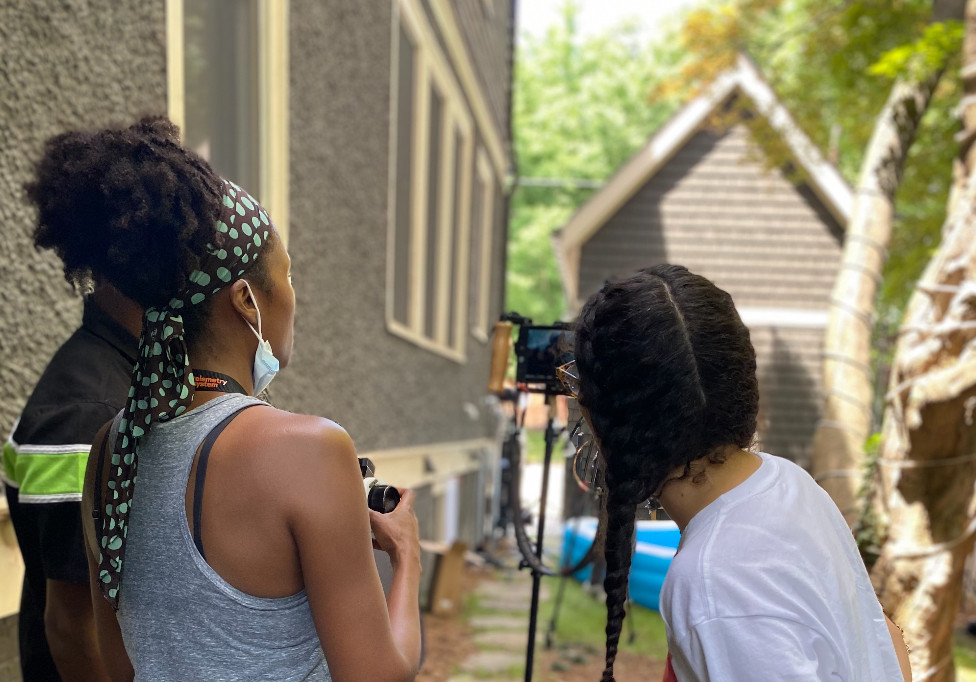 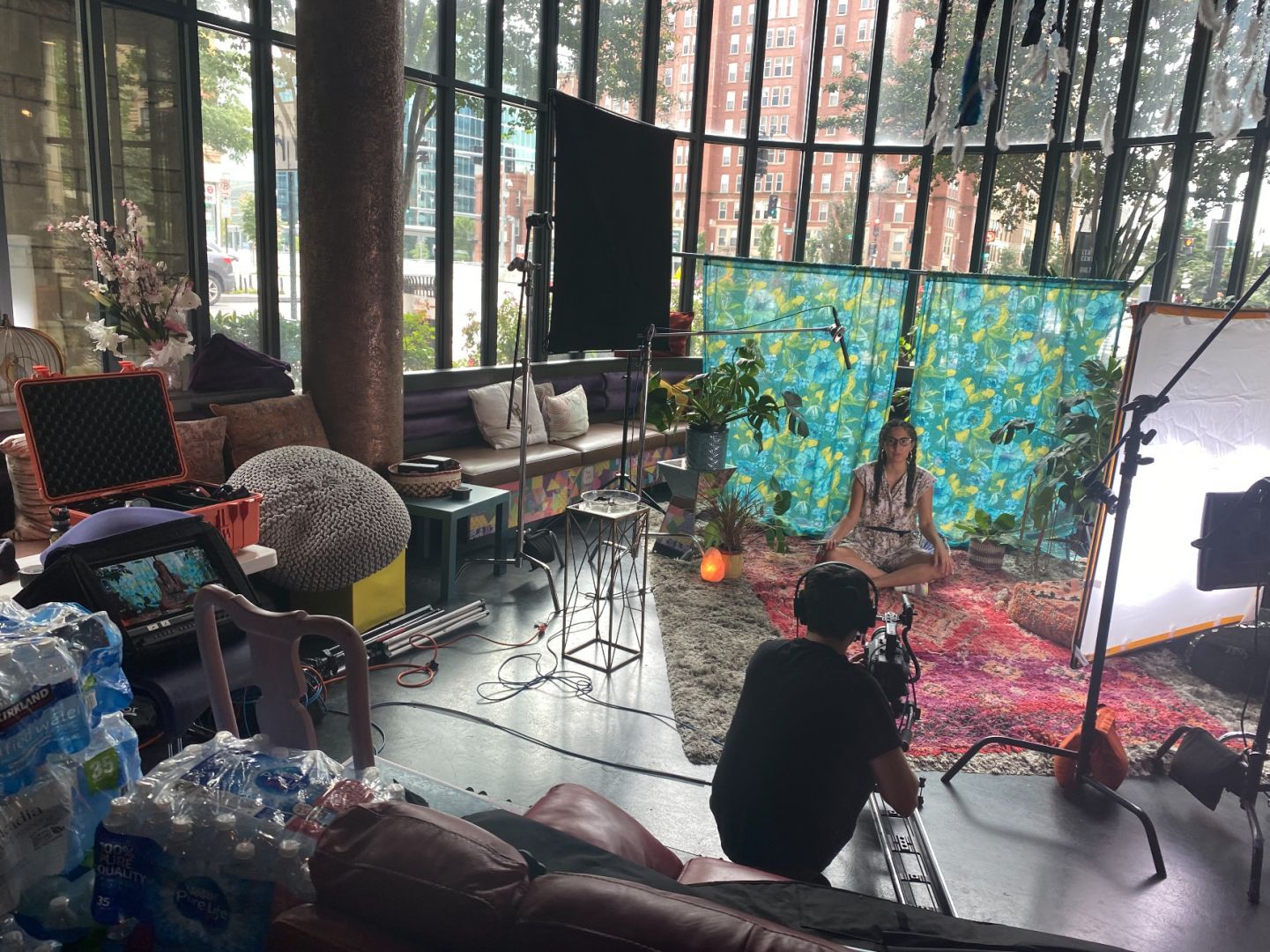 Let’s talk shop? Tell us more about your career, what can you share with our community?
I knew that film would be part of my life from the age of 15. Today I am a creative director and producer as well as a filmmaker. My path has generally gone in one trajectory with many pauses and detours, but film was always the goal. I recently left a job in corporate video. What is funny is that I always thought if I could just get the title of “director” or “creative director” that that would be enough. That I would feel like I had ‘made it.’ But that’s not how it works. Actually, I realized that there is no such thing as “I made it” because there will always be a new goal, new expectation, new levels to unlock. So I’ve shifted my goals to be much simpler than a title. My goal is to work with and for people who inspire me and for films and videos that speak to me.

And if I can do that, I think the rest will fall into place. That’s why I started my company Maybe Later Studios. At first it was me designing t-shirts and tote bags that featured Latinx artists with plants because I just thought it was fun. Then people actually wanted to buy them. Since then my company has shifted and become more about film, video and content creation but the t-shirt design hobby is still super fun.

The challenge with starting my own company has been really believing that I could do it. I have thought about starting a company for years but wasn’t sure I had the right brain for it. People even told me that I didn’t have the disposition of someone who could run a company. Maybe six years ago I didn’t, but today… today I’m capable of so much more than I thought.

The biggest lesson I have learned so far is not to wait for things to be perfect before starting. Instead of thinking of the big picture all the time, I write down what the big picture is, create a mood board or vision board and then put that away for a while. And just take a step. I make one decision, then another, then another and before I know it, I’m further than I ever imagined. And when I look back at the vision board, I often realized that I achieved everything on it and more, perhaps not as quickly as I had thought but time is a social construct anyway.

Any places to eat or things to do that you can share with our readers? If they have a friend visiting town, what are some spots they could take them to?
I just moved to Albuquerque so I don’t know many places but we would absolutely go grab coffee at Humble then head to the ABQbio Park aka the botanic garden. Oh it is so gorgeous and lush and fun plus I love plants. Then we’d hit up the aquarium because I love the aquarium and have never lived so close to one. Then we gotta get some tacos at El Cotorro. I’m a taco fanatic. And after that, if we still have energy, we gotta roll through a few of the vintage shops on Central because there are so many treasures to be found!

If you were going to the Bronx, where I’m from, well… I say we go get the breakfast special of Mangu with Queso frito and Salami at a spot called Threeway on 188th and Webster. Then we walk over to the NY Botanic Garden, which is superior to any Botanic Garden in NY, you can’t change my mind. Then we head to The Lit. Bar, a dope bookstore that is killing it. Once we have our books, I’d say we cross over to The Heights and go to La Marina for a drink by the water. And if you wanna grab a slice and also wanna go into the city, we take a trip down to West 4th and grab a slice at Joes Pizza. I don’t know if it’s controversial to say but it’s just a good, simple slice. No frills. Ok and if we’re gonna be in manhattan, we might as well go to PS.1, my favorite museum in New York. And I would say we end the evening with Japanese street food and sake and Yakitori on St. Marks. Ok, now I’m done. Promise! 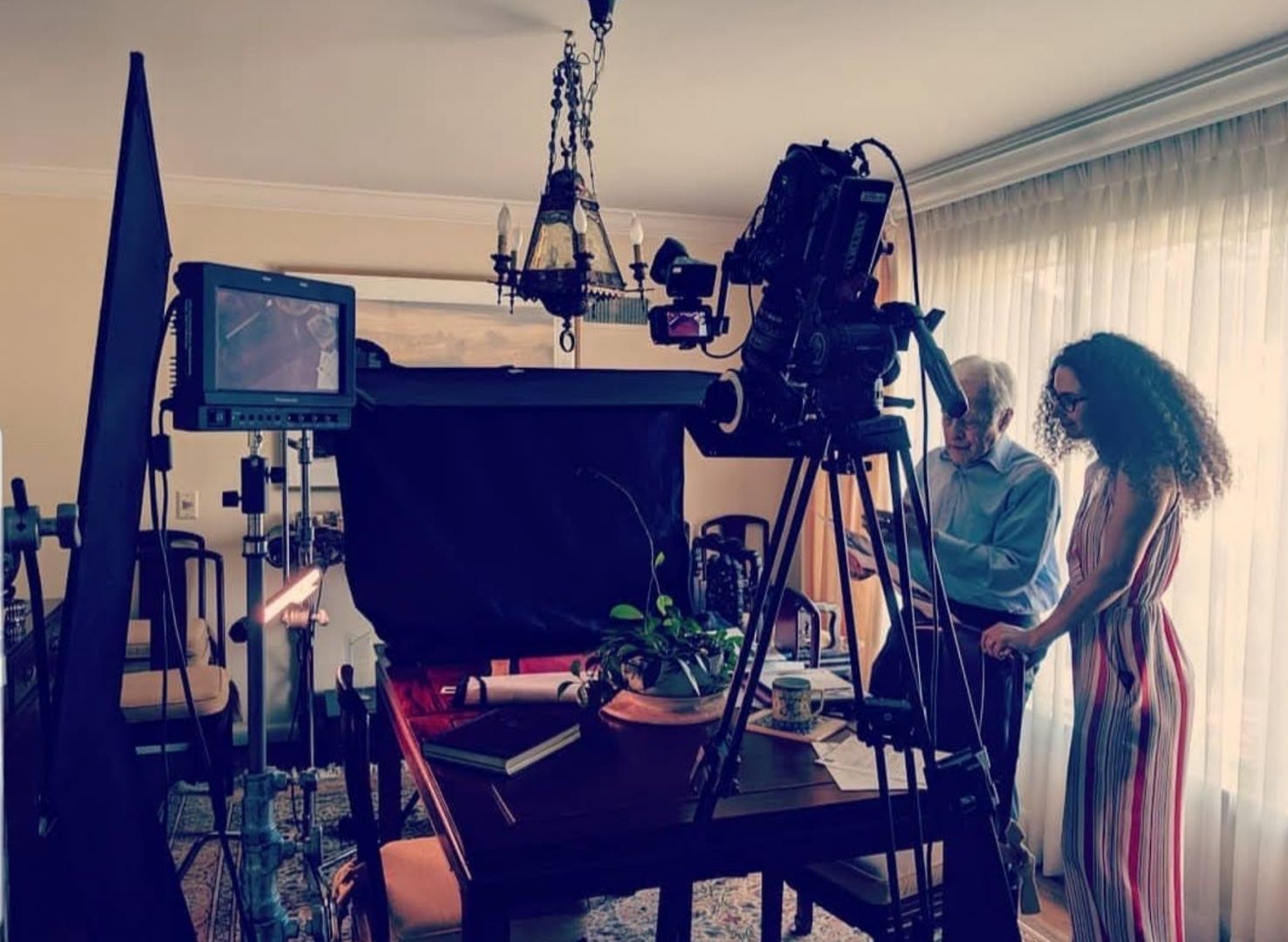 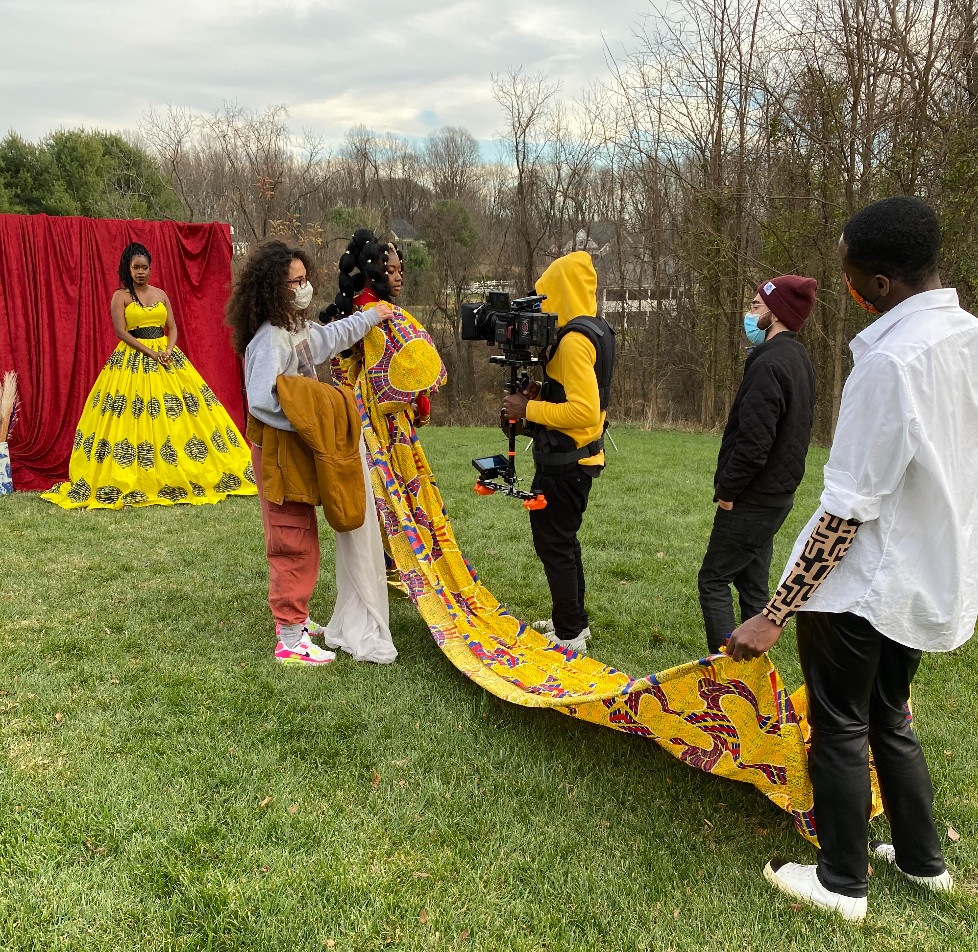 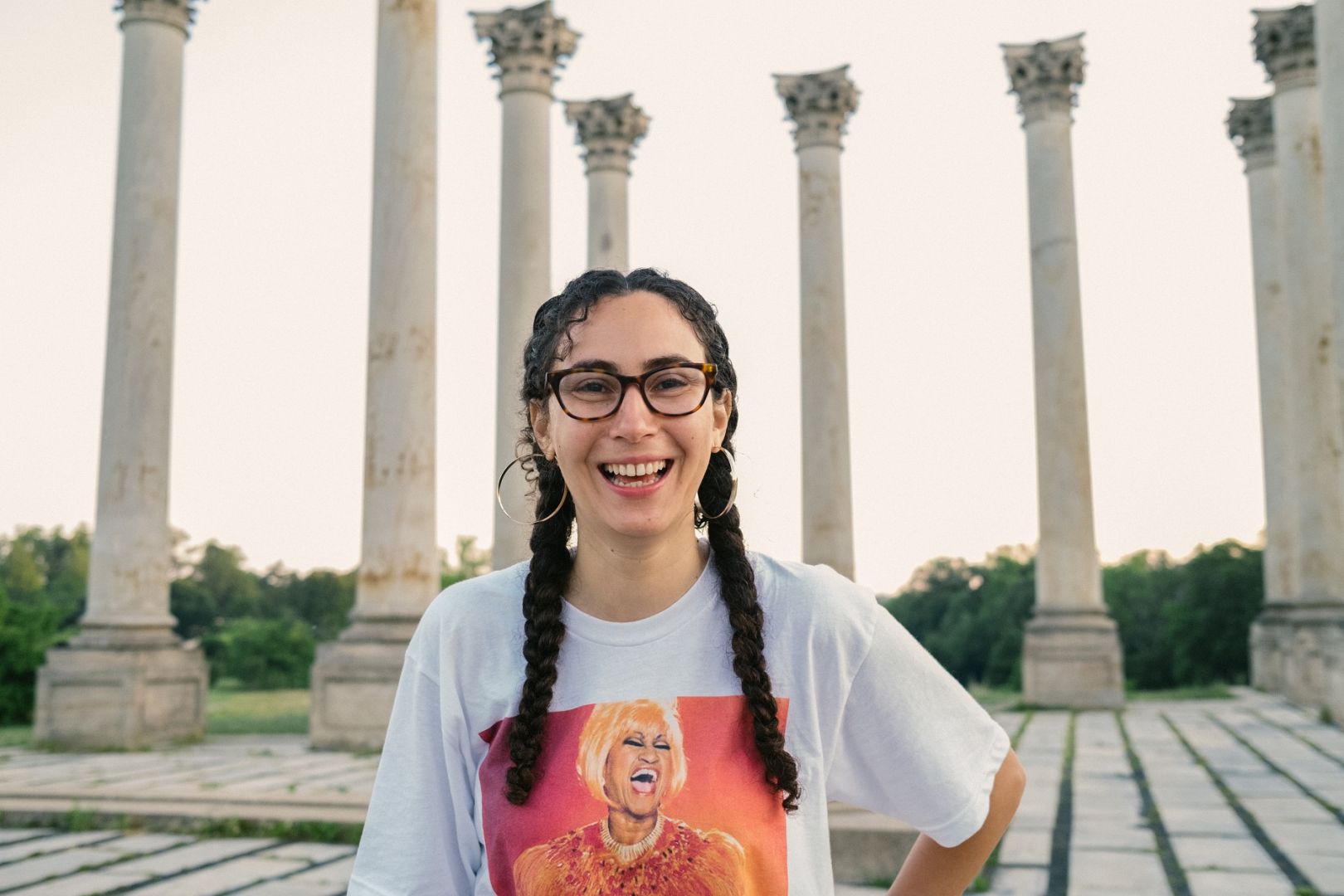 Shoutout is all about shouting out others who you feel deserve additional recognition and exposure. Who would you like to shoutout?
So much of what I have created in the recent years, I could not have done without amazing people in my corner. E. Allen Simms, my friend and collaborator is an amazing stylist and art director. I have learned so much from him and how his mind works. I’d also shout out Rinny Wilson, an awesome director of photography. I learned from her to say clearly when something was working or not working on set, because being direct and clear saves everyone time. And I have applied that lesson to my life! And Juan Bueno, a film director who I met working in Mexico City who has been instrumental in the development of my short films. I can’t not mention Aaron Tucker, Kimberly McFarland, Kennard Blackwell, Emilio Seri and my husband Logan.