We had the good fortune of connecting with Agnieszka Pilat and we’ve shared our conversation below.

Hi Agnieszka, is there something you believe many others might not?
To look for inspiration. In the creative fields, people are often told to look for inspiration, to go outside, to travel, to be in nature. I think that’s terrible advice and it’s a distraction. I found in my career, that inspiration comes from work, not the other way around: when I work consistently, inspiration always follows. The hardest thing is to start – and that is why creatives need strong habits, routines that get them into the studio, get them working – and the magic will follow. 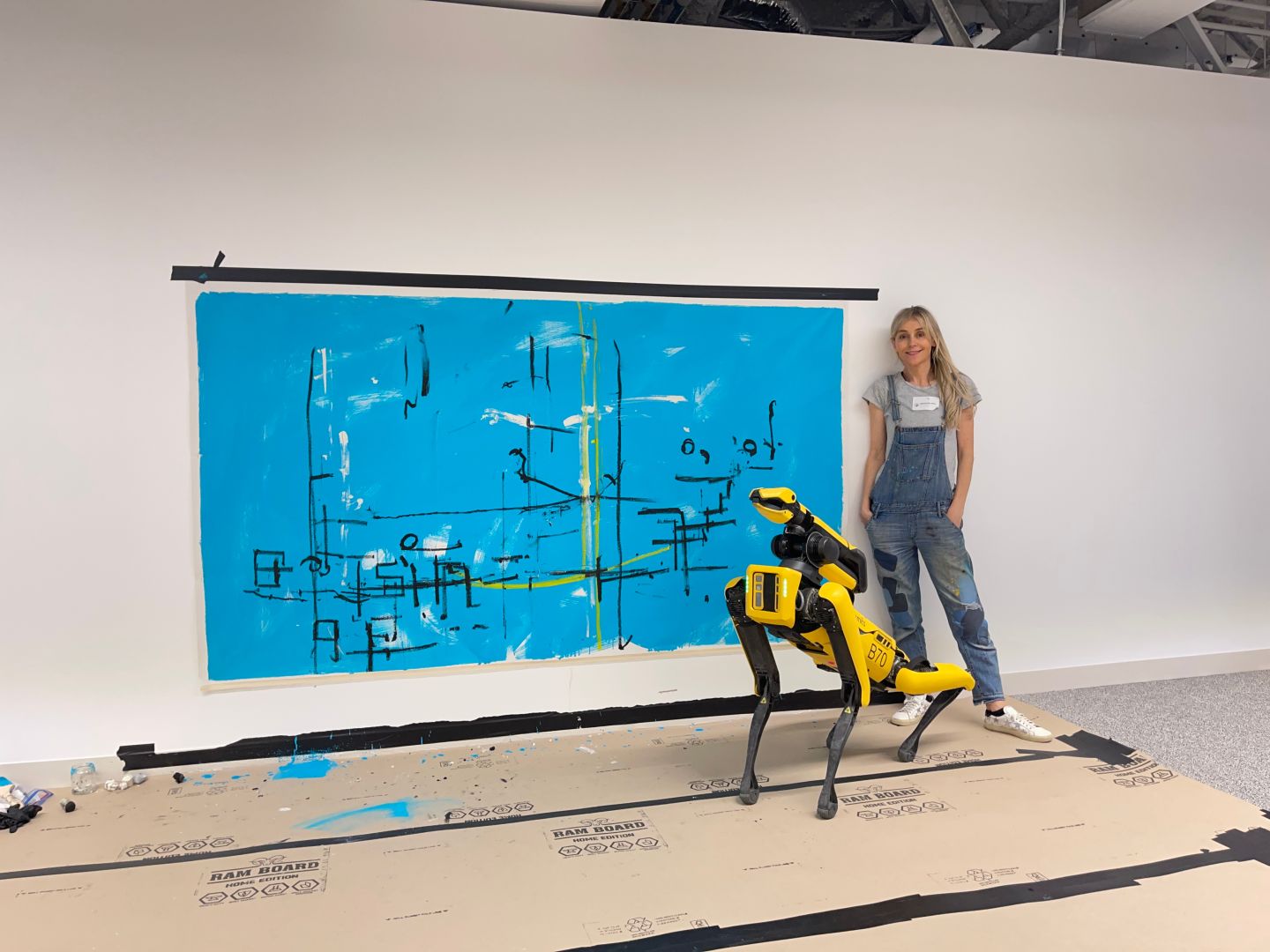 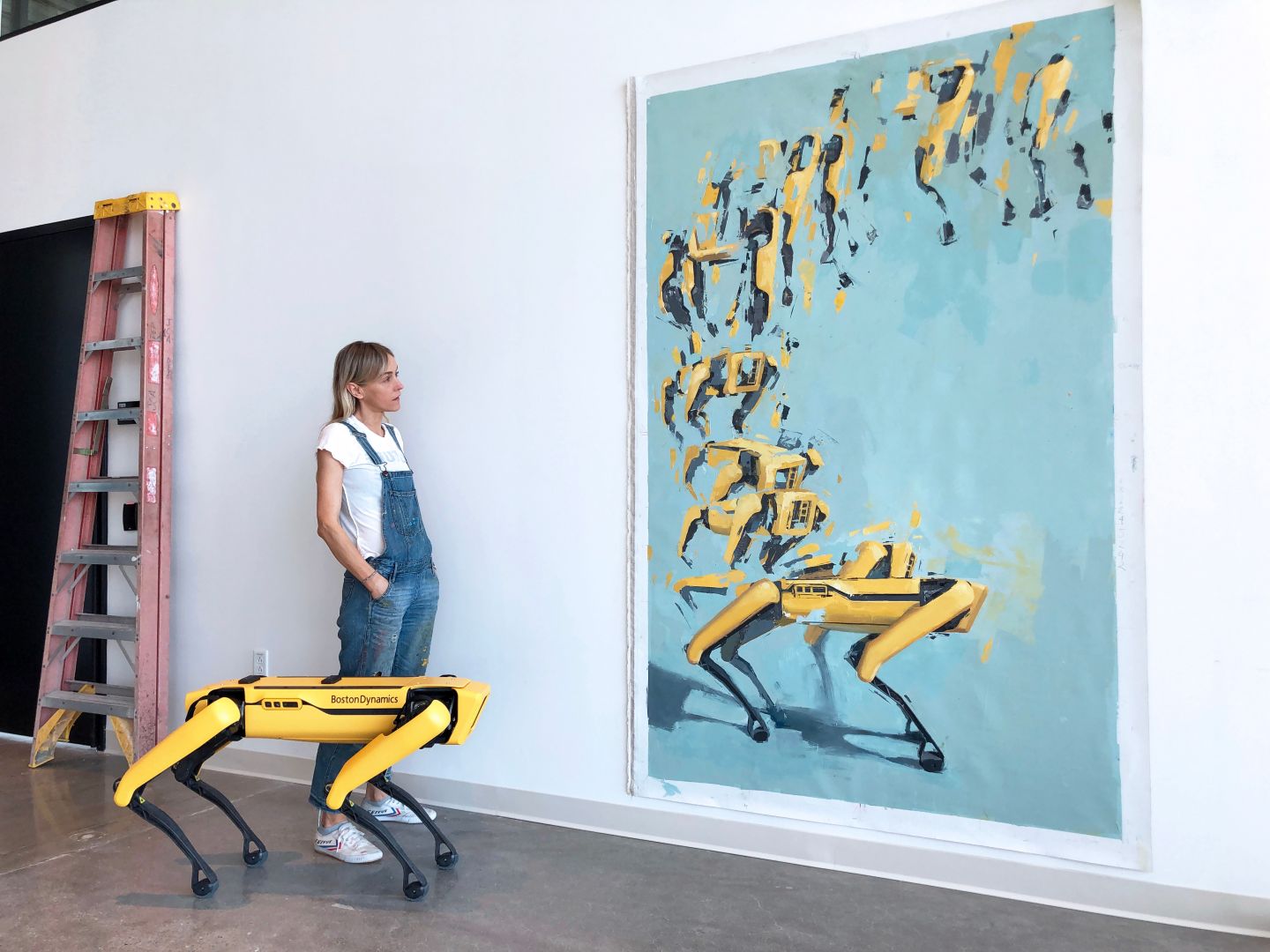 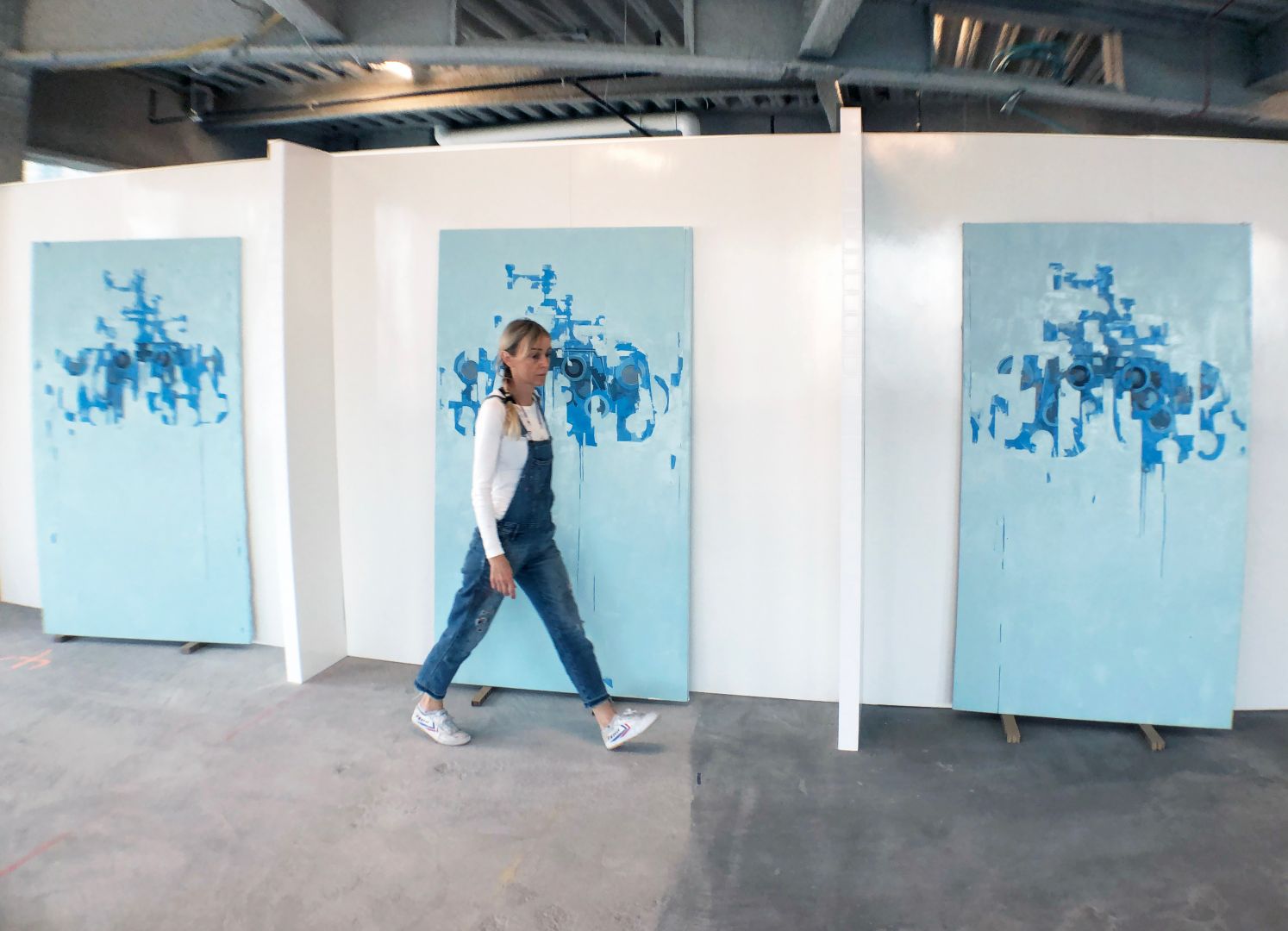 Let’s talk shop? Tell us more about your career, what can you share with our community?
My journey to becoming an artist in America has been a challenging adventure. I was born in Poland and I grew up in a communist society behind the Iron Curtain. When I arrived in the U.S, I was immediately struck by the vast scale of everything American. Especially its industry: big factories, huge shipyards, giant machines. I wanted to capture that in my art.

Today, I often work with Silicon Valley tech companies and executives, my mission is to provide a humanizing vision for future technologies. My heroic portraits of technology appropriate the tradition of royal portraiture to evoke the power that machines command in human society today. My latest endeavor is joining forces at Boston Dynamics: an epic project dealing with a unique apprentice: Spot! It’s an amazing experience, being there, in their lab. I am so grateful that I get to go to some pretty awesome places. It’s all because I am a technology romantic and a machine lover, and I have a love affair with machines — this is as good as it gets.
Now… When I first started painting in San Francisco, it was very hard to get any traction. Let’s be honest: being an artist, a female artist in Silicon Valley was not easy. It was ridiculously hard. San Francisco is a young city, with a very small art audience and little patronage. It’s expensive to live and the future for an artist is very uncertain. Why did I persevere then? One simple reason: telling a story about American technology is a calling for me, a service to America, not just a career. So I knew that was something I will always pursue, no matter what. My attitudes and expectations are always grounded in that.

If you had a friend visiting you, what are some of the local spots you’d want to take them around to?
Well, I am currently bi-coastal, I’m living between New York City and San Francisco. If it was New York, I would first take them to my studio at the World Trade Center. It’s the best place in the world! After a studio visit, I would take them down to see the Oculus – it’s such a gorgeous building, designed by Santiago Calatrava, the best spot in the city for selfies because the architecture is so striking. After that, I would take them for a snack and a drink at Nobu – the chef Nobu Matsuhisa makes fantastic food and the drinks are delish! I am a vegetarian and Nobu is really great for it has such a fun menu, with lots of plant-based foods and meat and seafood alike. After Nobu, I would jump on a Citi-bike and head towards West Village which had a true renaissance with so much outdoor seating due to the pandemic. It’s super fun to just walk around, grab a snack, and shop. New York is so walkable, so we would most likely and up in Soho shopping at many funky stores. 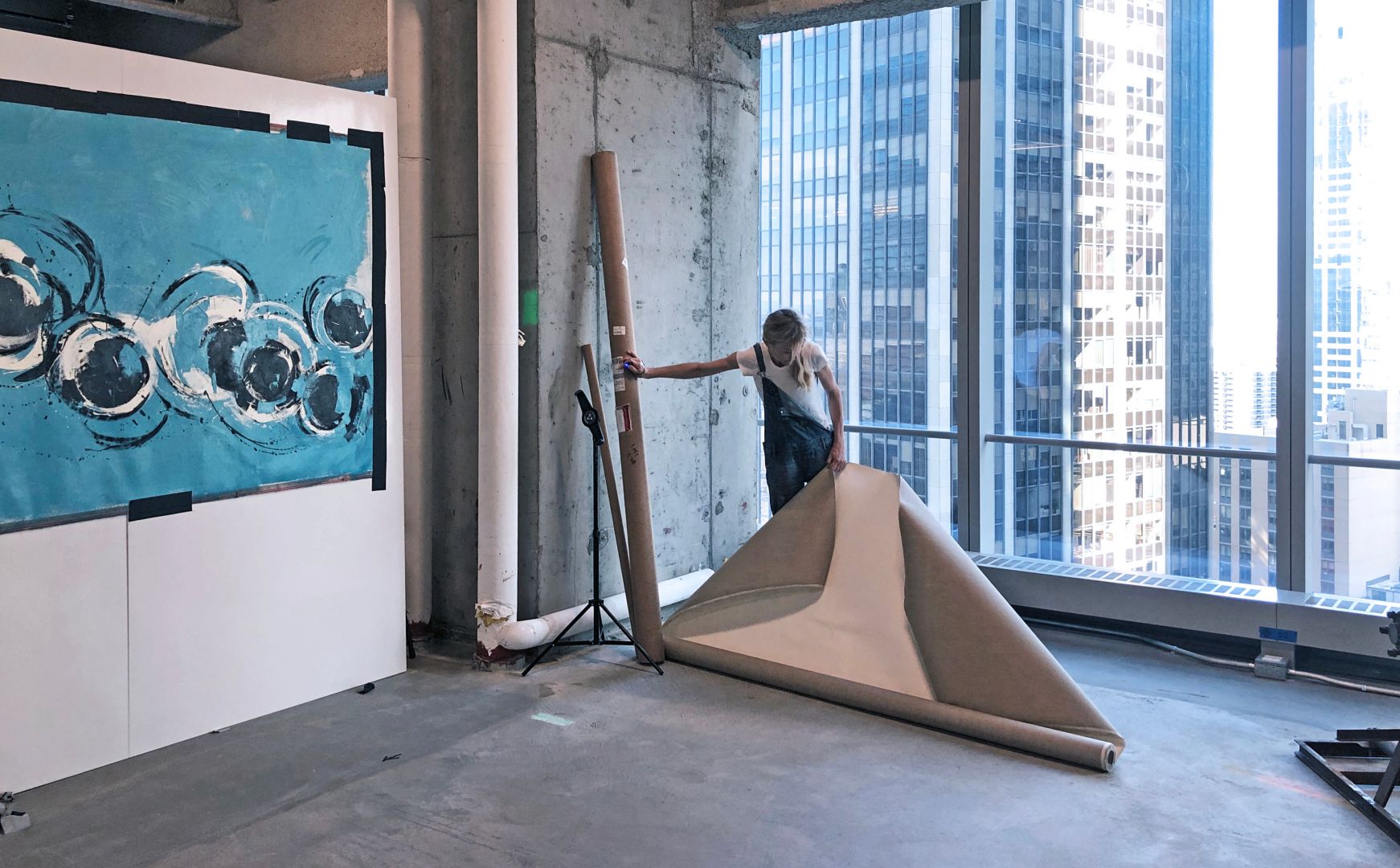 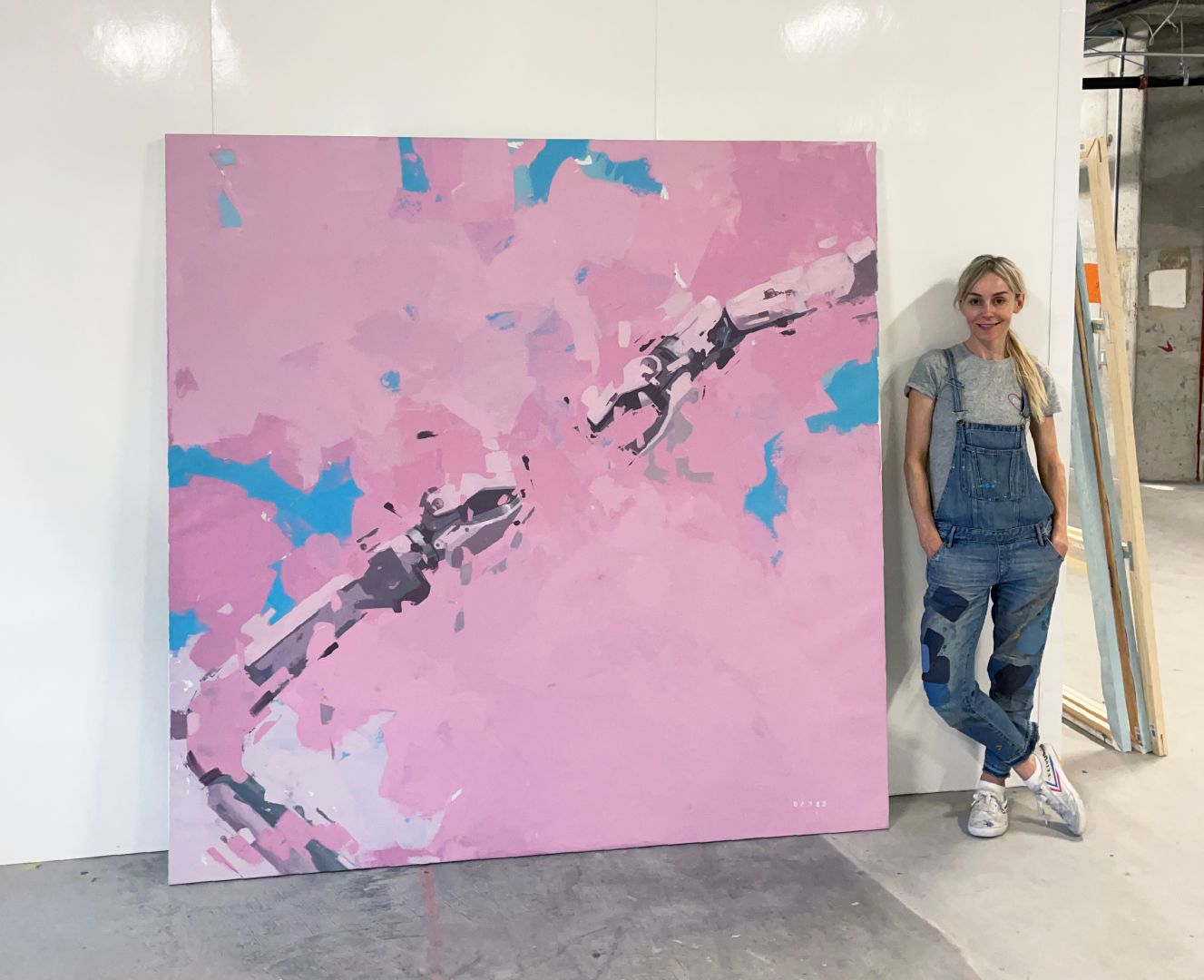 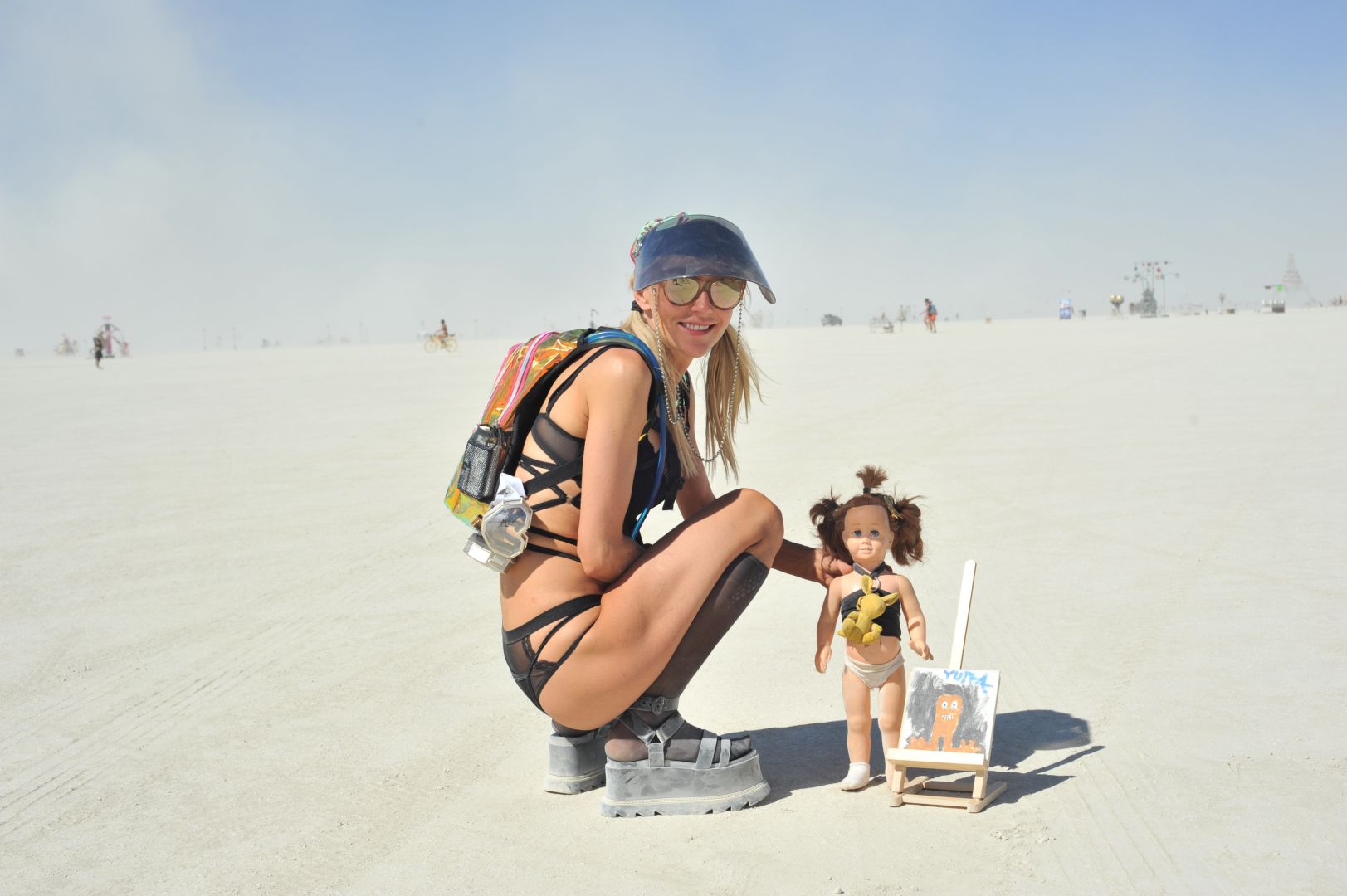 The Shoutout series is all about recognizing that our success and where we are in life is at least somewhat thanks to the efforts, support, mentorship, love and encouragement of others. So is there someone that you want to dedicate your shoutout to?
Big thank you to Silverstein Properties – for they provided me with a wonderful studio space which resulted in my work getting much bigger and more impactful. Also, huge thanks to Boston Dynamics, for making me feel like a part of their family of the smartest people on the planet.

Meet Jason Paige | The Voice of a Generation