We had the good fortune of connecting with Aidan Elyse McCollough and we’ve shared our conversation below.

Hi Aidan Elyse, can you tell us more about your background and the role it’s played in shaping who you are today?
As a native of East Side Los Angeles, I was always fortunate to be surrounded by Mexican culture, art, food, and music. Though I come from a multi-cultural background of mixed European, Latin, and indigenous descent, my Mexican heritage remained the most prominent in my upbringing due to my family, city, and education. In the late 1940s, my family were the first Mexicans in the City of Lynwood. The first Mexican ever accepted into the USC Engineering School, my grandfather later became a highly successful satellite engineer in the space industry. A gifted seamstress, one of my great aunts sewed dresses for the legendary Dolores del Río. With such a profound Chicano legacy, I’ve always had pride in my heritage, family, and community.

When I began kindergarten, the public school in my area provided a Spanish-language immersion program comprised of education in Mexican history, culture, and language. Though I didn’t realize what a true blessing this was until adulthood, those elementary school days shaped a deep love and appreciation for my heritage. I remember studying iconic figures like Frida Kahlo, César Chávez, and Dolores Huerta. We would celebrate Día de Muertos, Día de Los Reyes, and play Lotería every Friday. As all of my schooling was in Spanish and my community largely Hispanic, it definitely came as a culture shock when the school ended the program and I was moved into the English class in the fourth grade. Upon this transition, which coincided around the time of the Great American Boycott and immense anti-Mexican rhetoric, it was a harsh realization that many Americans perceived our community negatively.

While I deeply resonate with my Mexican heritage, growing up multicultural often left me contemplating identity: feeling like you’re not enough of one thing, or too much of something, or even that you don’t fit into any one category. This experience prompted a desire to search for what ties us all together despite cultural, societal, and geographical barriers. As an actor, filmmaker, and photographer, these themes greatly influence my work as I hope to tell stories that capture the human experience, emphasizing that which unites, rather than divides us. 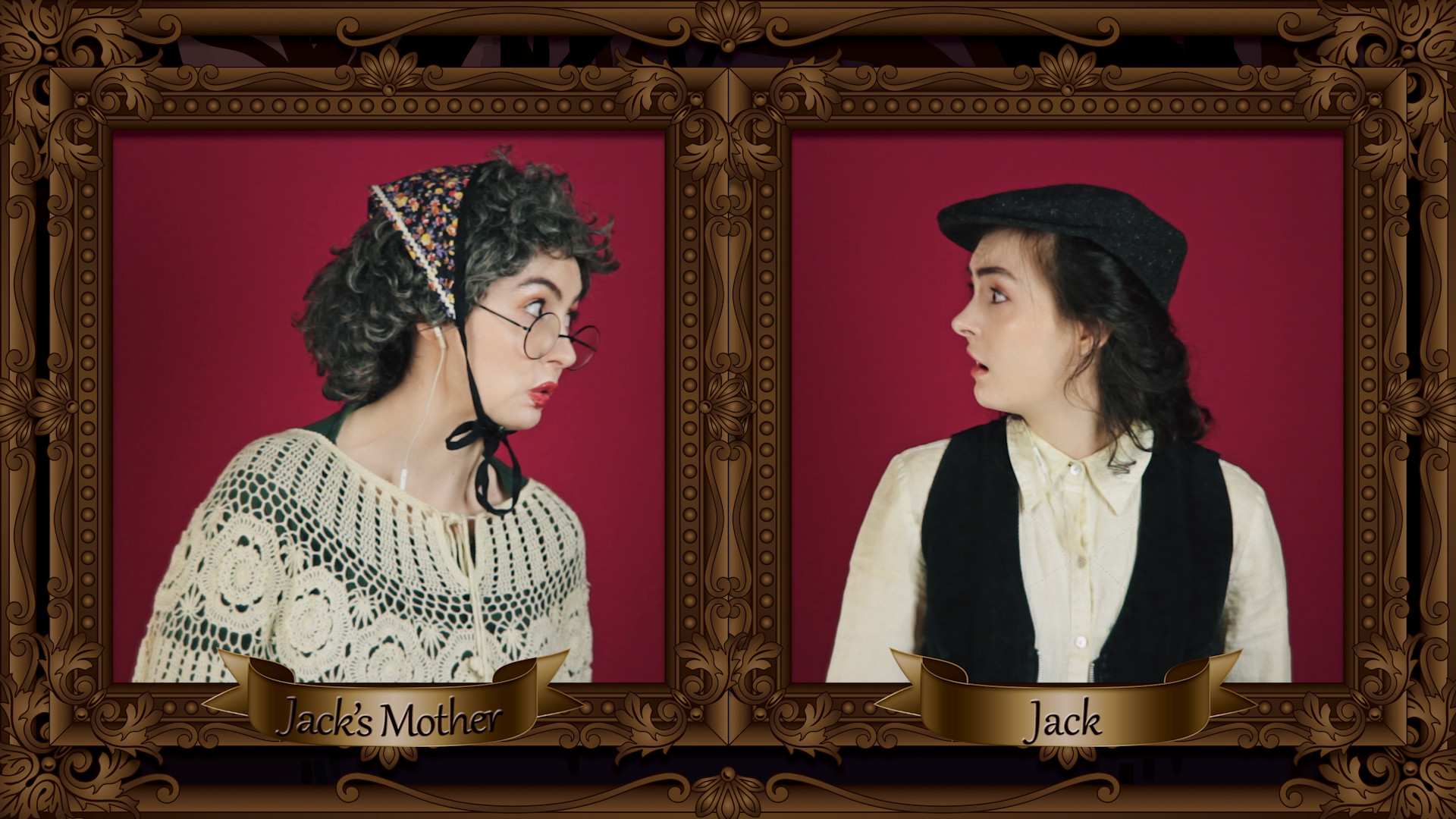 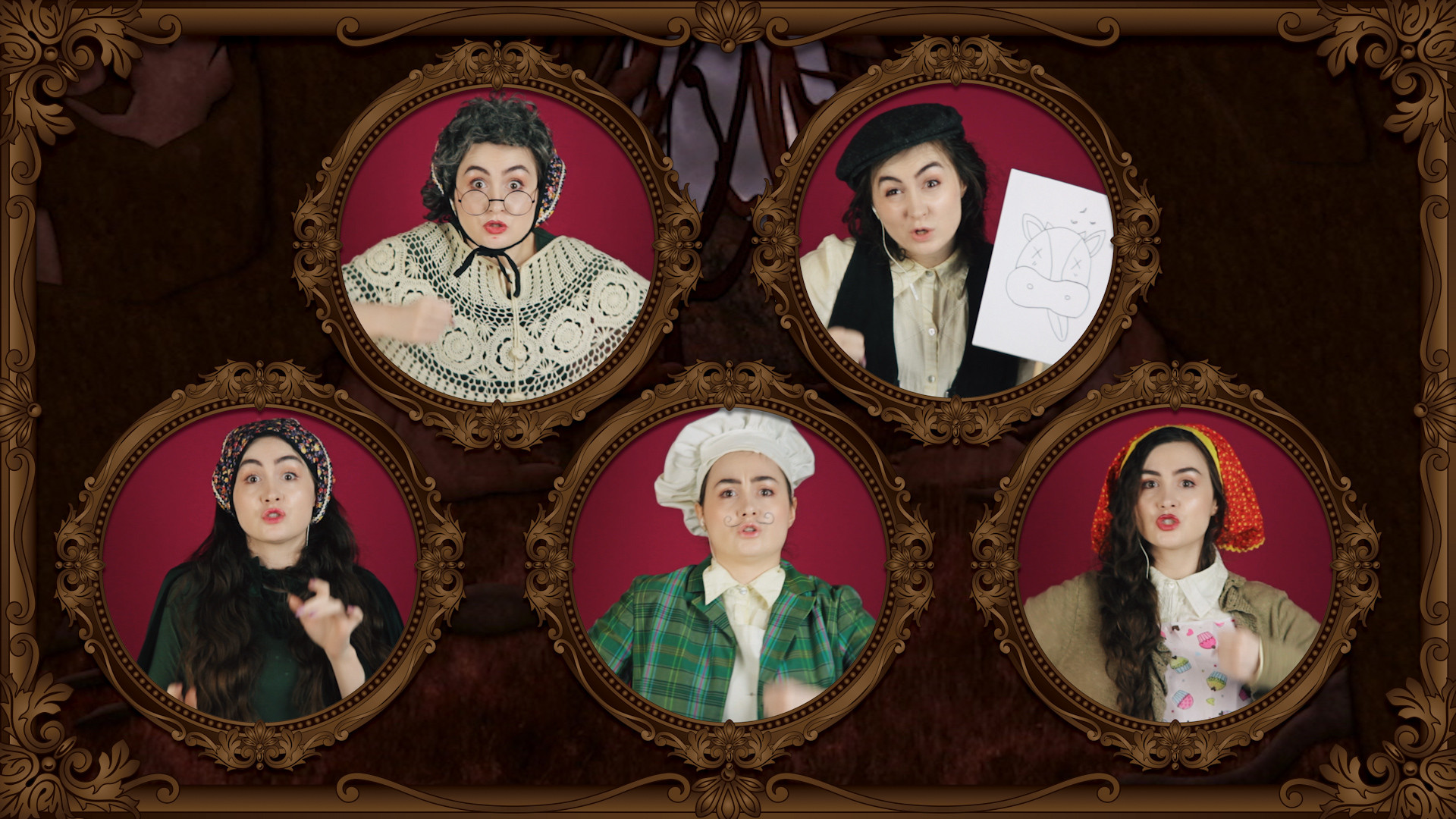 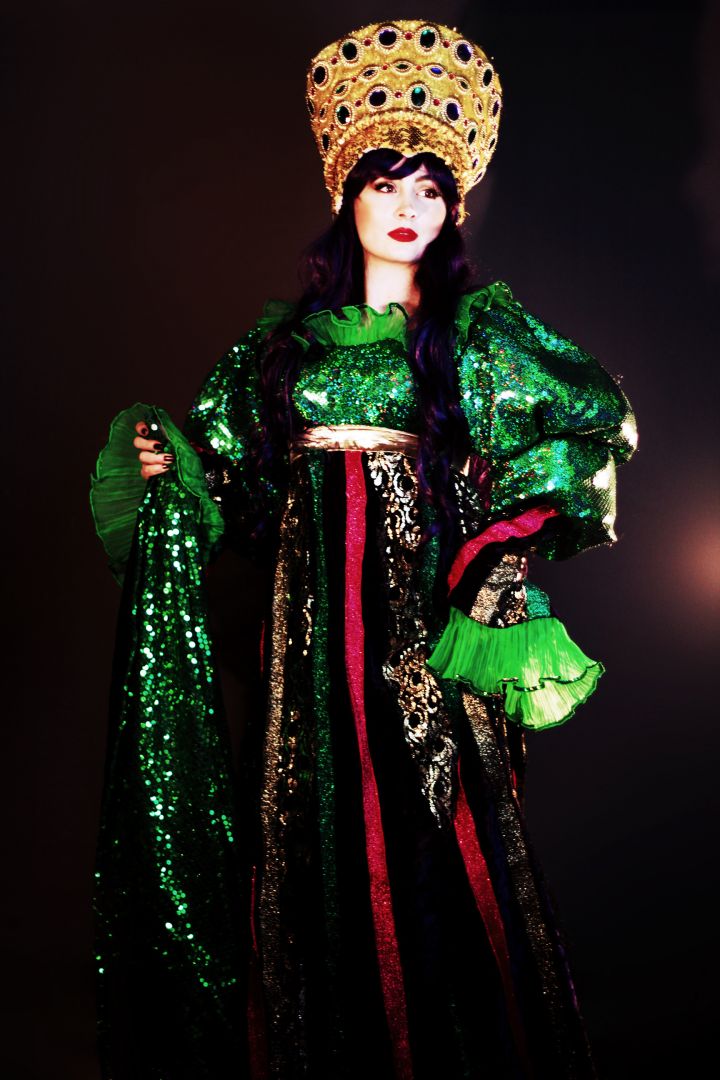 Alright, so let’s move onto what keeps you busy professionally?
While I work primarily as an actor, filmmaker, and photographer, my greatest love lies in creating worlds. From performing many years professionally on stage in the LA theatre scene, to working in various departments on film sets, to photographing hundreds of portraits and headshots, I found that my greatest happiness comes when I can combine all of these art forms into one project.

I was lucky enough to earn my BFA in Film and Television Production from the USC School of Cinematic Arts. While still at USC, I began my own production company making shorts and also launching my first TV series Ish, a mockumentary comedy about a Gen Z influencer who has the most followers in the world. Through this project, I was able to utilize all my passions by writing, directing, and even starring in the show. By continuing to produce, I’ve also been able to write and act in Spanish, thus investing in my passion for Latin media and representation. Though it may be considered slightly ego-centric to star in the things you write, I once had a teacher disclose to me that when you’re trying to begin a career as an actor, no one writes for you. I’ve taken this advice to heart, knowing that the best way you can ensure that you work as an actor and also participate in stories that are fulfilling to you, is by creating material for yourself.

At the beginning of 2020, I was acting extensively in theatre and had begun crossing over into film. In what seemed like the start of what I expected to be the best year, unfortunately, the world changed immensely. Like all performers, I too found myself out of work. Throughout the quarantine, I did quite a bit of Zoom theatre, Zoom auditions, and when allowed, socially distant jobs on sets. However, I felt deeply unsatisfied with this work, whether it was the awkwardness of performing over Zoom screens, or making costumes without being allowed to fit the garments on the talent. With a growing frustration at the halt in my career and the uncertainty of when I could work again, I figured that if I had the energy to wallow about it, I might as well use that energy and make something myself.

Knowing the importance of creating your own material, I decided to put my film degree to use. In so doing, I made “Once Upon a Pandemic”, a one-woman performance of the entire twelve minute Into the Woods “Prologue”. Coupled with puppets, costumes, animation, and musical extravaganza, I hoped this piece could spread some cheer in what has been a rough year for all of us. Though the project is certainly campy and silly, it reminded me of the joy of creating. Instead of harboring resentment towards the career expectations I believed should have played out, I’m learning to utilize this time as an opportunity to explore work, stories, and content that otherwise might have never been developed. Though I do long for the days when we can perform live again, thankfully I am able work as a writer during this time. Nevertheless, I hope the changes we are facing as a world can help prompt a global artistic creativity despite the uncertainties of the future.

Any places to eat or things to do that you can share with our readers? If they have a friend visiting town, what are some spots they could take them to?
One of the most beautiful aspects of Los Angeles is its rich Mexican history. I recommend any visitor interested in learning more about the roots of Los Angeles visit the oldest part of Downtown, Olvera Street. A historic monument, Olvera Street preserves Mexican culture with authentic shops, food, and the Avila Adobe, one of the oldest houses in Los Angeles. Often in the plaza, there are performances by mariachis, Aztec dancers, and other Mexican folkloric dances. During Día de Muertos, there are beautiful ofrendas, ceremonies, and festivities. Throughout the year, Olvera Street hosts many traditional Mexican events filled with wonderful entertainment. To avoid paying for parking, commute via Union Station and walk to visit the historic Olvera Street.

If you’re looking for delicious authentic Mexican food, Los Angeles is filled with wonderful spots. However, my favorite is Las Ranas Valley on Valley Blvd in East LA. Though it may be a little hard to find at first, it’s absolutely worth dining at. The food is authentic Mexicana and tastes exactly like the food my grandma used to make.

For a Mexican Panaderia, I recommend La Perla Bakery on Figueroa in Highland Park. They have a wide selection of everything from conchas to tamales to champurrado to all kinds of cookies and pan dulces. It is absolutely wonderful and the perfect place if you’re looking for a tasty bakery 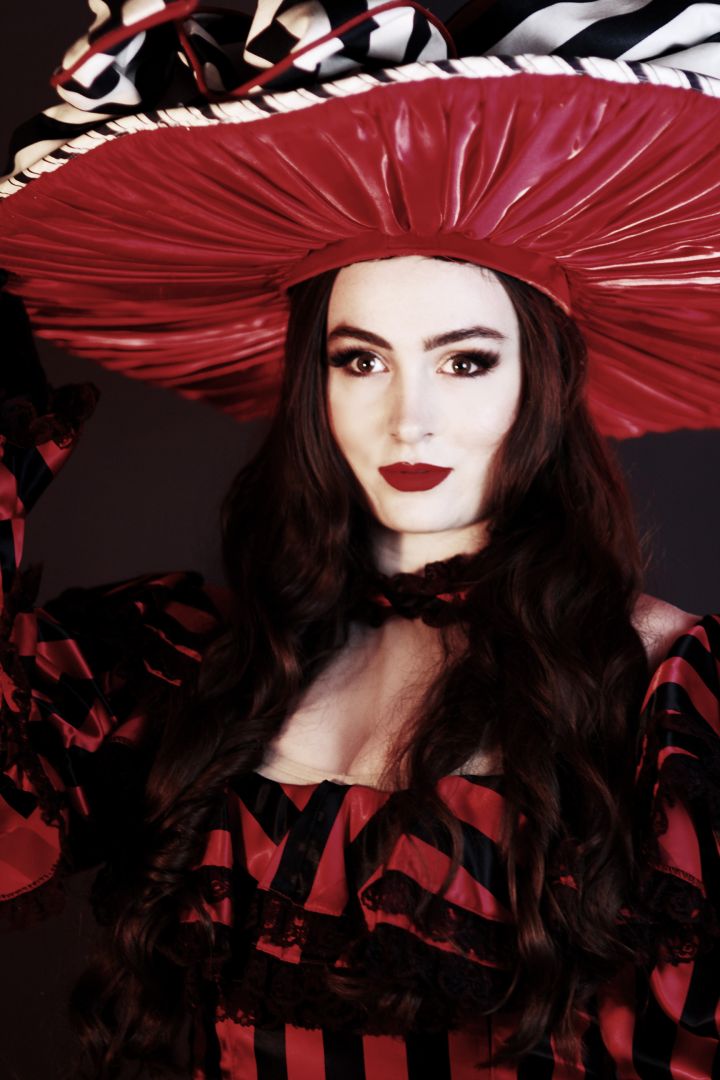 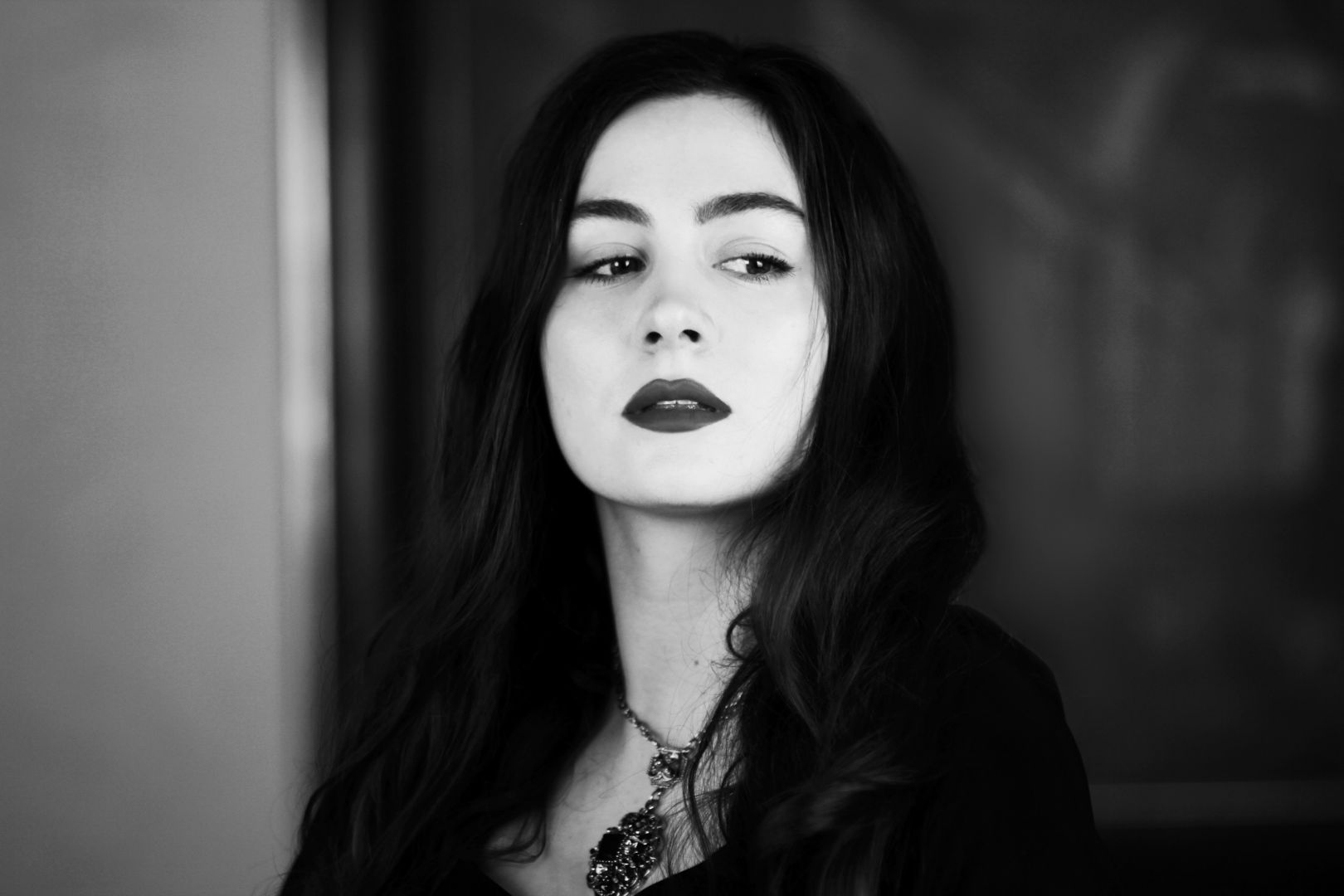 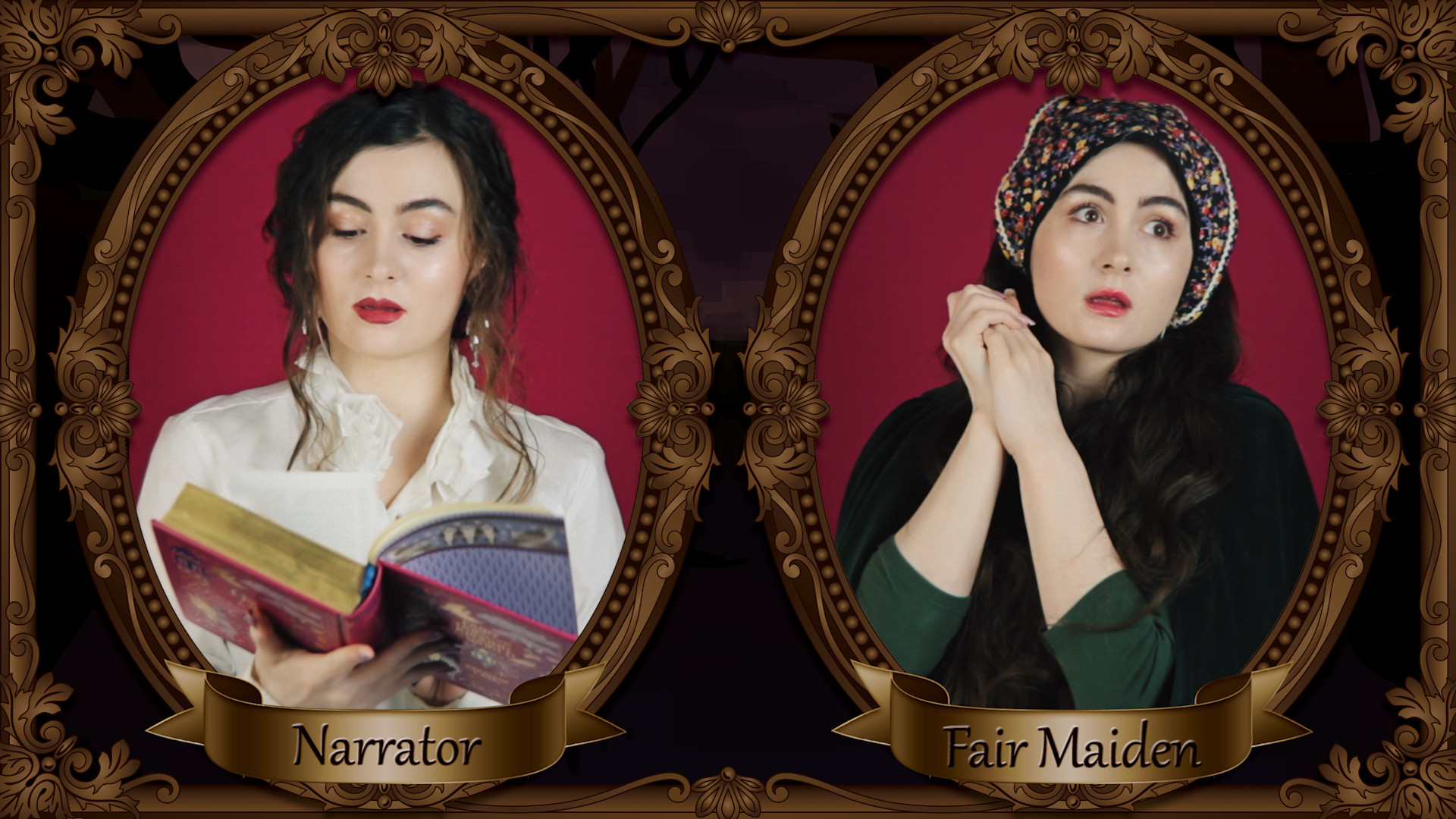 Shoutout is all about shouting out others who you feel deserve additional recognition and exposure. Who would you like to shoutout?
While attending USC, I was fortunate enough to take Krista Parkinson’s course which focused on practical ways to get hired in Hollywood, how to network, and guidance in navigating the entertainment workplace. As a former WME agent, Krista currently runs MyGradsGetJobs, a program dedicated to teaching college students and graduates how to book their first jobs in Hollywood. During this pandemic, I’ve been lucky enough to take her weekly Coffee With KP Zoom sessions, which consist of informational meetings with professionals from all aspects of the entertainment industry. Though my focus is on the creative side of Hollywood, Krista wisely advises that creativity without an understanding of business is just a hobby. Her course has been life changing in learning to navigate the complexity of the industry, while also staying true to our own personal goals. However, beyond her wisdom and grounding advice, Krista is a phenomenal human who cares deeply for her students. She is a champion, advocate, and fighter for those she cares about. I am so lucky and grateful to continue to learn from her.

I must also thank the incredible Lois Hunter, who saw something in me and whom without I would have never become an actor. To the fabulous Mama J (Patricia Tripp), who not only teaches me everything about costumes, but has been one of the most influential supporters in my career. Also a thank you to my family. And of course to my mother, who makes it all possible.

Other: Once Upon a Pandemic: https://youtu.be/i2PsYo6LFy4