We had the good fortune of connecting with Ainjel Emme and we’ve shared our conversation below.

Hi Ainjel, what role has risk played in your life or career?

Going into the music industry is not for the risk-averse, especially if you’re on the creative side. There’s no clear path to financial security. You tend to learn more from failure than from success. And, of course, you’ll always be up against people who don’t think writing songs, playing instruments, touring, promoting, and making records is “real work.”

When I made the jump from artist to producer / engineer, I didn’t realize how fully I was jumping from the frying pan into the fire! It’s a highly competitive field that requires a lot of investment–financially, physically, mentally. It demands an evolving education, so you have to check in with the technology daily and learn new things all the time. It’s easy to get overwhelmed if you don’t actively seek out an area of expertise, because there are so many different needs and cultures in audio production. That said, there’s an amount of flexibility you have to maintain because specialty work can be inconsistent.

I knew about the risks coming into this business. I personally see going into a standard, corporate lifestyle as being far riskier, in that the only reward there seems to be money. Money is fine. You need it to live in this weird experiment we’re running. But if the lion’s share of your investment of time and energy is focused on making money… that sounds like a pretty unrewarding life.

Working in music has always been my goal, but I never expected my path to take so many twists and turns! I’m glad it did, though. Success rarely turns out to be what we think it is at the beginning of our journey. The best of us, I think, walk that long, squiggly line.

I got my start as an independent singer-songwriter. I had a respectable thing going, for a late 90s true indie with no management or label. But after I made my second record, I knew I needed to pivot. I was deeply unhappy. My earliest attempts to become a professional recording artist were disastrous, and most of my career after that was just me trying to survive. I battled stage-fright, substance abuse, PTSD, and depression for nearly a decade before I couldn’t keep it up anymore. I struggled to find a place in music to pivot to. Production and engineering, at that time, was still very much a boys club. I never saw women in the studio unless they were girlfriends, wives, receptionists, handlers… I honestly didn’t think it was a viable option, professionally. Still, I continued to study engineering independently and did what I could on a budget to cultivate a sharp set of ears.

I eventually started landing some session work as a player and singer, which led to more and more studio time. Once it became a fairly regular thing, it became clear that making records brings me a very singular joy. So that’s what I was gonna do. I packed up everything I’d learned recording at home and on my album sessions, crossed my fingers, and jumped in with both feet.

I’ve been working full time in music production since then, for the past 10 years. I play a lot of different roles to that end. Sometimes I’m producing, other times I’m playing bass or guitar, or setting up mics and operating Pro Tools. I’ve been the runner and I’ve been the boss. I think it’s important to know the whole chain. My personal workflow involves listening deeply and mining for every last bit of impact I can find. The majority of my clients come to me for critical stuff like vocal tracking, arrangement, editing, overdubs, audio repair, and ear candy. My roots are lo-fi, but I’ve worked really hard to bring every project I work on to its ultimate expression of quality.

It goes without saying that you go to the beach when you’re in LA. I grew up in Venice / Santa Monica, so I prefer getting away from the crowd and heading up the beach. Sycamore Canyon and Pt. Mugu are my go-to spots to relax and let the ocean do it’s magical healing thing. And that drive up PCH is an iconic experience everyone should have at least once. Heck, keep going all the way to Big Sur if you have the means! Seems like the ocean is bound to swallow Highway 1 eventually, so let’s enjoy it while we can!

I love going to Griffith Observatory for a hike and picnic. Nothing quite like enjoying lunch over the panorama of our beautiful city. Conditions permitting, of course. There’s a lot more to the grounds than just the Observatory, so branch off from the tourists and explore the whole park!

I won’t drop too many restaurant names because the best places are crowded enough, but if you’re not taking advantage of the amazing cuisine Koreatown has to offer, shame on you. Roscoes Chicken and Waffles is a must, of course. It still shocks me to meet non-vegan people who’ve lived in LA for decades and have never gone to Roscoes. I spend most of my restaurant money on local businesses like Chibiscus, Pailin Thai, Home State, and El Zerape in Hollywood. If I’m on the Westside, I get a fresh bagel and diner-style coffee at Bagel Nosh on 17th, tacos from Tacos Por Favor, or rice balls from Sunny Blue on Main. Whenever I’m outside of LA, I get a little mad at how spoiled we are for good food. 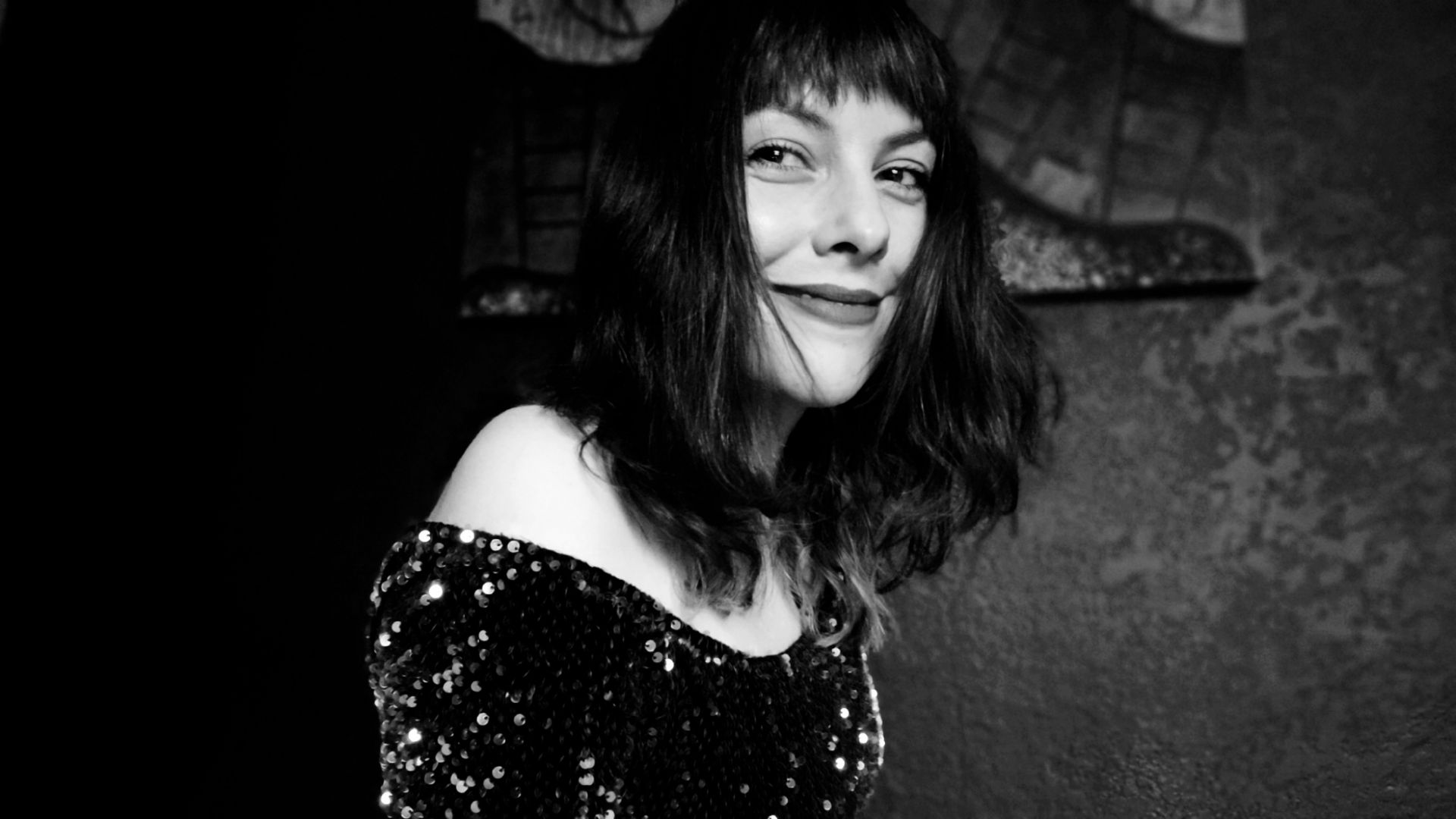 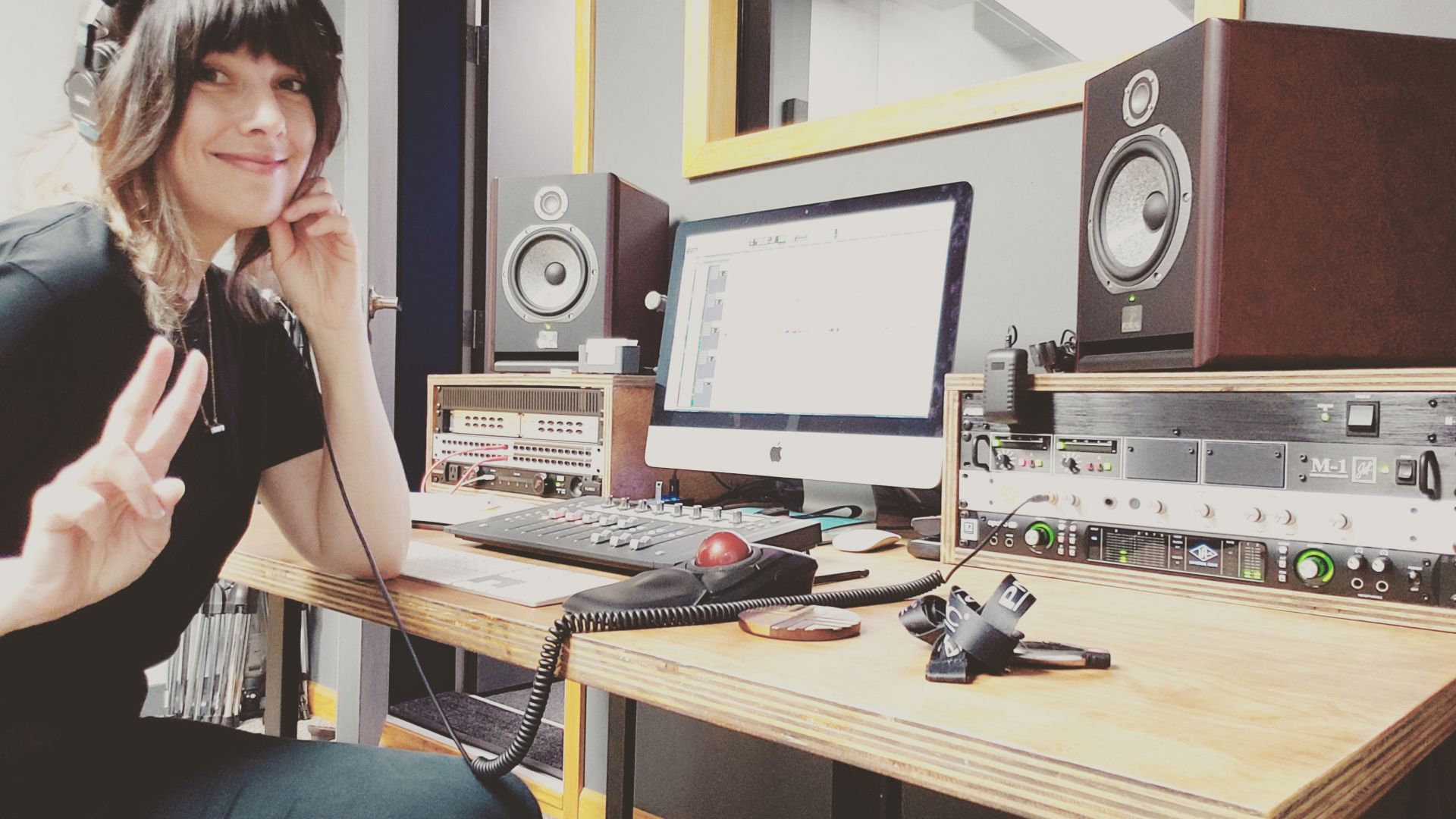 The Shoutout series is all about recognizing that our success and where we are in life is at least somewhat thanks to the efforts, support, mentorship, love and encouragement of others. So is there someone that you want to dedicate your shoutout to?
I’d love to shoutout my mom, Lonnie Martinez, also a musician and songwriter. Among a million other things, she let me move into the walk-in closet of her studio apartment when I was 31 so I could quit waiting tables and take an internship at a local recording studio. I slept in that closet for a year! The internship led to a job in the studios at Interscope Records, however, which led to me to the career of my dreams. I no longer live in a closet, so mission accomplished!