We had the good fortune of connecting with Alex Drachnik and we’ve shared our conversation below.

Hi Alex, how do you think about risk?
Risks! Taking risks in your career is whats going to set you apart from everyone else. I took a big risk of putting myself online and creating “Sasha” who is my Russian Character I play on TikTok. I completely changed who I was and became this alter ego character, making skits that revolve around the Russian lifestyle and entertaining people. The risk I take is putting myself online for millions of people to see. A lot of people love it but there are some haters who don’t like it, but thats the risk I’m willing to take to put my brand out there. Putting yourself online for everyone to see and pick you apart is hard. You risk being called out by random people complaining that they dont like your skits but you also risk the fact that you may get noticed my casting agents or brands that want to work with you because they love your content! so you never know unless you try. 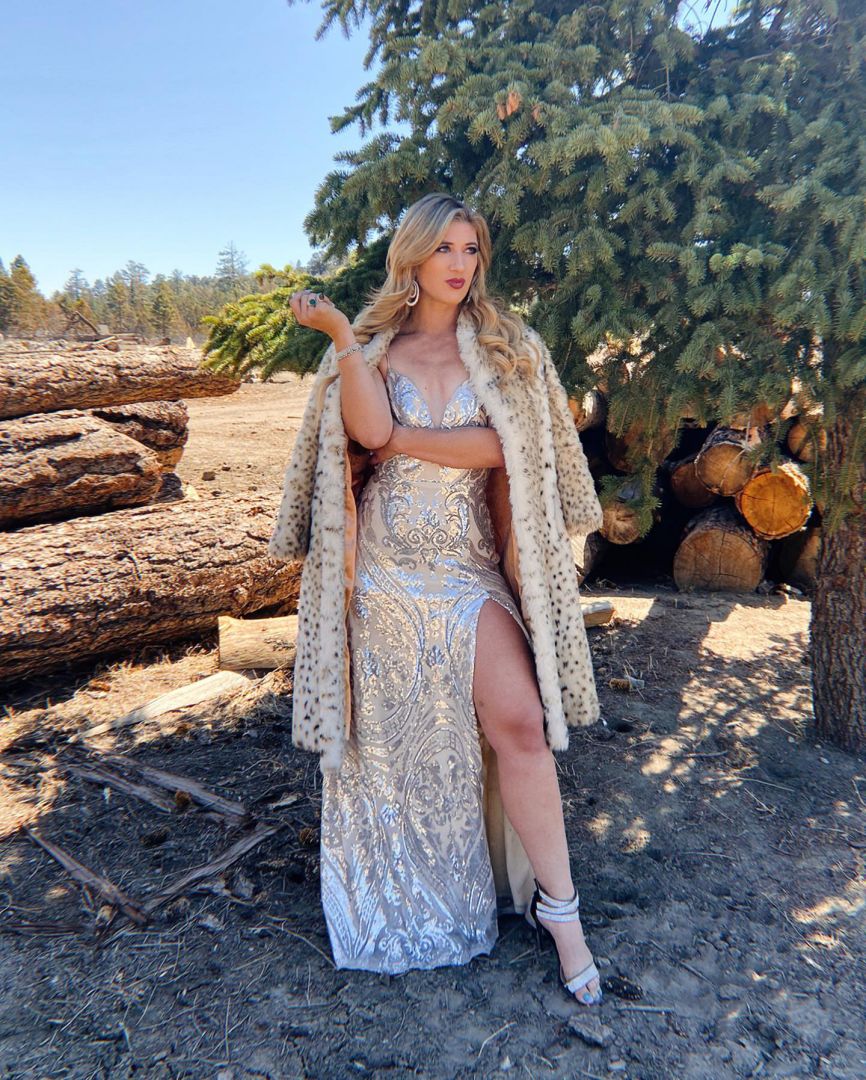 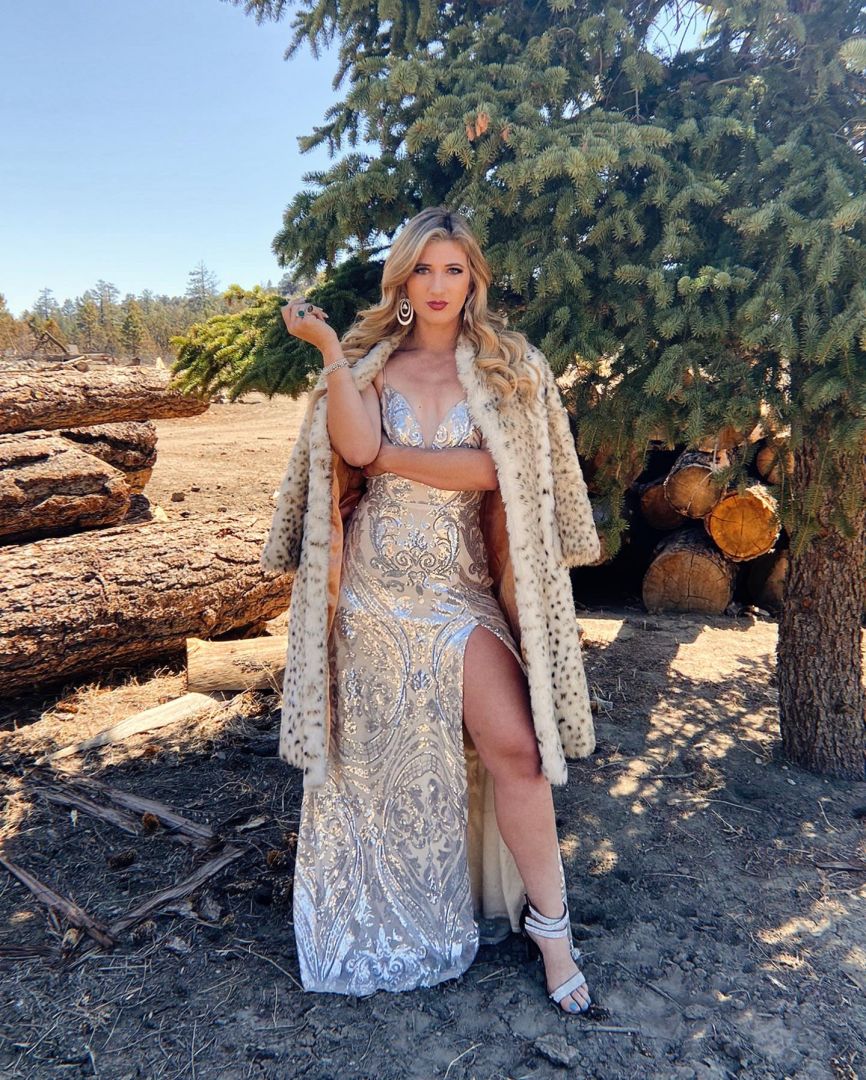 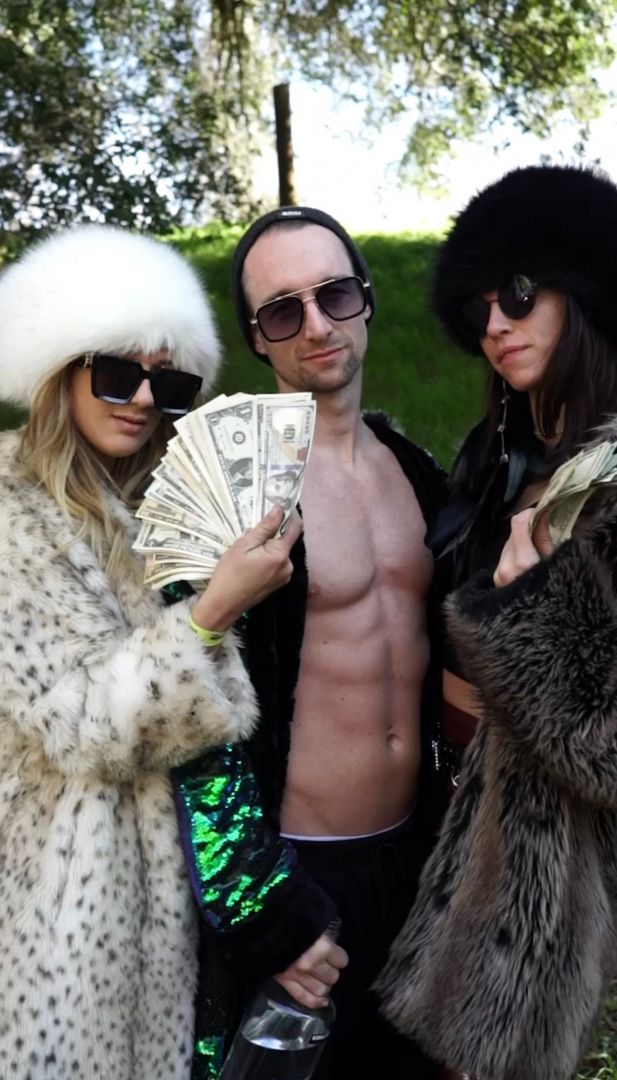 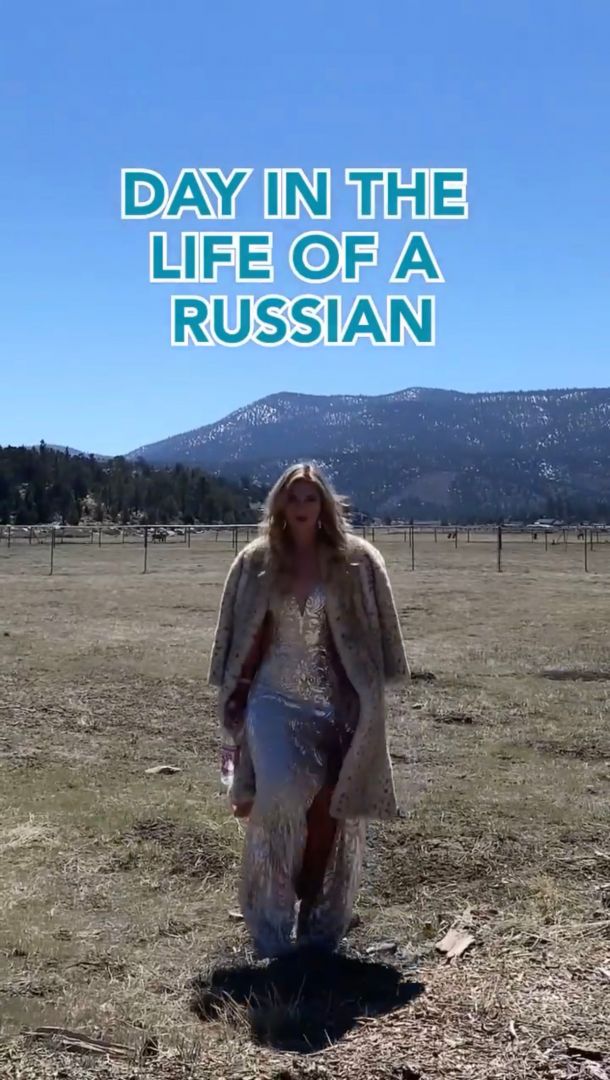 Let’s talk shop? Tell us more about your career, what can you share with our community?
I am a content creator, specifically for TikTok! Muscially, now called TikTok, originally reached out to be via IG Dm’s in 2018 asking me to join their app and post my current fitness videos to it. I posted a few videos but didn;t take it super seriously. Fast forward to 2019, my friend had hit 1 million followers and was encouraging me to be more active. I continued to post a variety of random skits and parodies, with some going viral but none really hitting as hard as I hoped. I worked really hard all of 202o trying to come up with my identity. It wasnt until December 2020 when i came up with my now current Russian character that went viral. I realized that the reason users follow big accounts is because they have a consistent message and niche and for me, that was being a Russian character named Sasha. I tarted my series end of December 2020 and went from 200k followers to 1 million followers in just 1 month from continuous viral video of my Russian character doing various things that my audience could relate too. The first video to go viral was on January 5th and I knoew that the only way I was going to be able to keep it up was if I followed the first viral video with another one, which I did, and from then on exploded. I now have made myself one of the russian characters you commonly see on your FYP page and have now branched out to other series within my Russian brand. It has been tough to keep it up and keep it spicy but I constantly work everyday to come up with new and exciting content for my followers to following along with! Collabing with other big creators like Eduard Martirosyan and Kia Nalbandi and Jake Hunter have really helped my channel grow and meet more and more people and helped me come up with new ideas. You can’t go far alone so might as well work with other amazing creators! I want everyone to know that you can do and come up with any ideas you want and make them happen, it jsut takes hard work and consistency. I have been on TikTok since 2018 and I didn’t “blow up” until 2021. So it takes time. don’t give up! The best advice is: just. keep. working!

If you had a friend visiting you, what are some of the local spots you’d want to take them around to?
My favorite spots in LA! Well…I live on the westside, in Venice, so the beach is my favorite spot. West side best side! If you know, you know. I would first take them to the Venice boardwalk, walk around, see the legendary skate park, we would grab some drinks at the waterfront in Venice then head over to Santa Monica to get some dinner at elephante or Wallys or get rowdy at The Bungalow. Don’t forget to make a pit stop at Sidecar for some of the BEST donuts around. Now if I were to go on a hike, we could either be super basic and go up Runyon Canyon in Hollywood and see what celebrities or TikTokers we could spot there OR we could go up to the observatory and do the hike behind the hollywood sign. As basic as those are, they are some pretty good hikes, especially for people who want to “SEE” LA. Now, in a perfect world where the bars were more open, I would take you to the rooftop at Mama Shelter or we would go to the Victorian and watch a secret show. My other favorite thing to do is check out a comedy show at the laugh factory in Hollywood or the comedy store. Back to the beach, we could rent a boat and sail around on the Marina in Marina Del Rey or even get a paddle board and get a workout in. There is seriously so much to do in LA! What do you want to do? 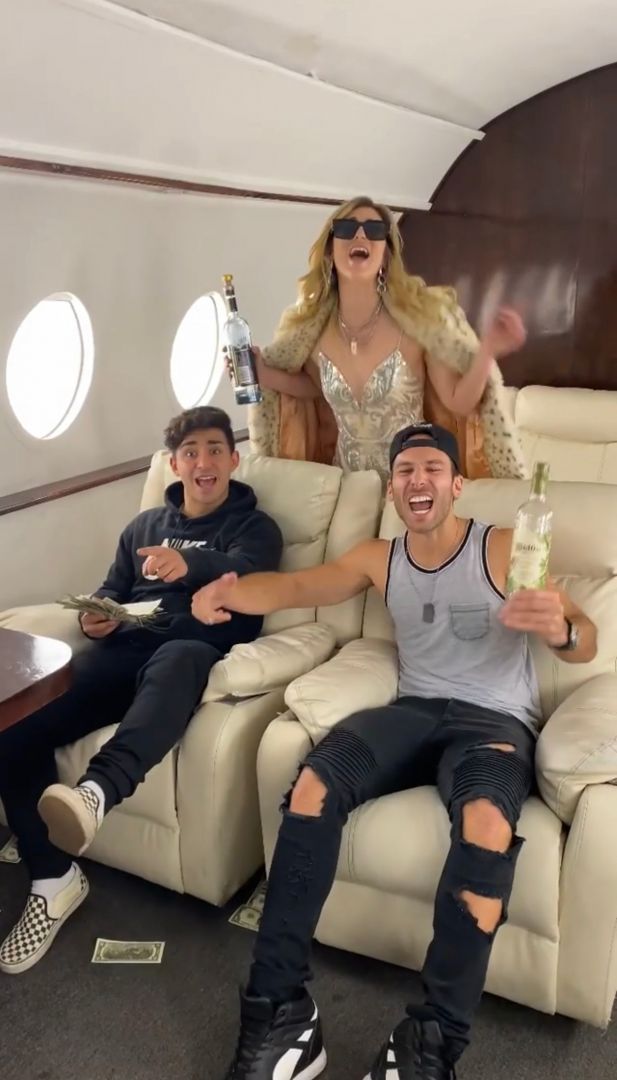 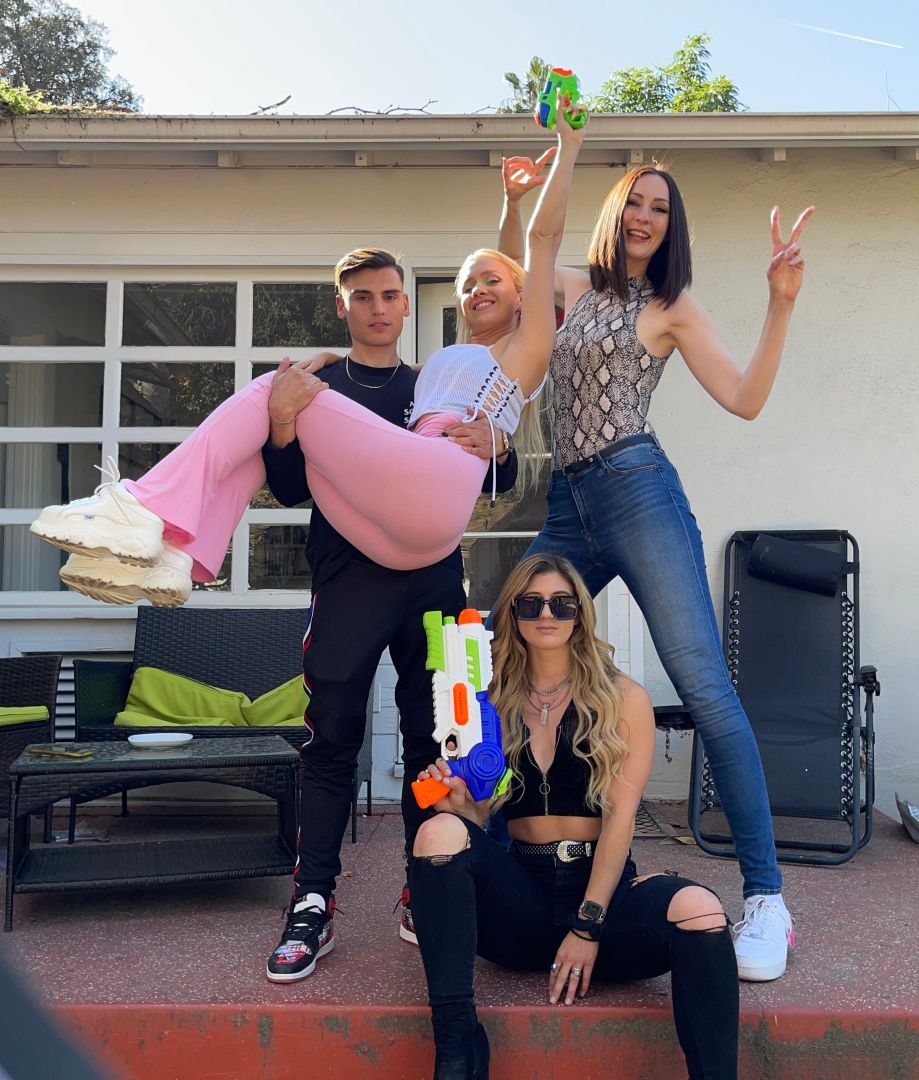 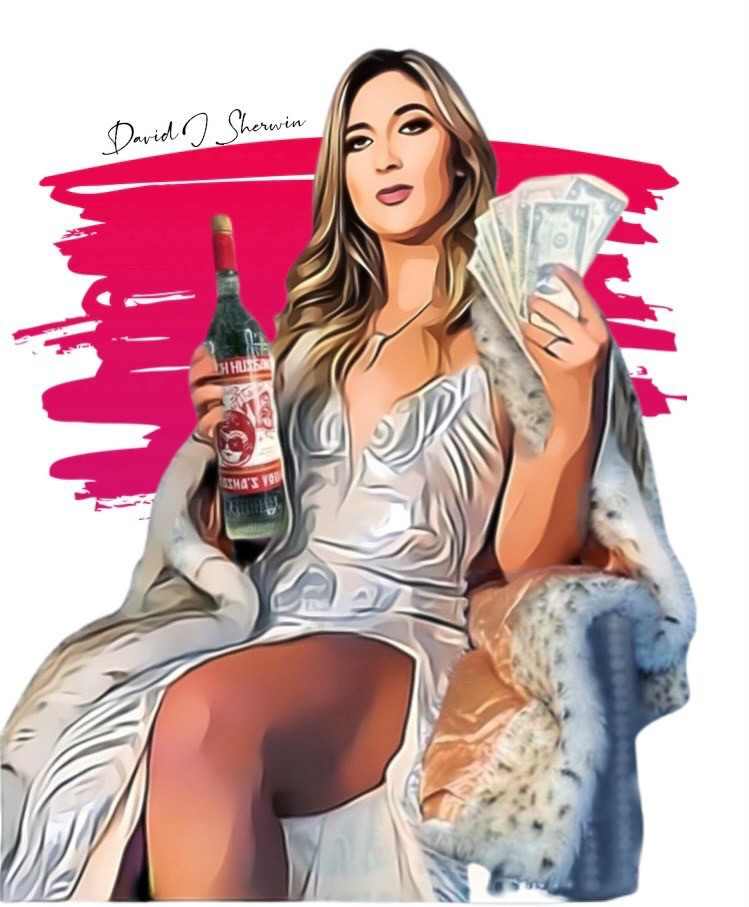 Who else deserves some credit and recognition?
I have been inspired by so many different people to get where I am today. I started on Youtube back in early 2007 where I posted silly skits, music video parodies and joined random video contests to put out the earliest content I have ever made. I was originally inspired by Smosh, one of the earlier YouTube masterminds of our generation, who made funny skits and most well known for their Pokemon theme song parody. They heavily inspired me into my current success. I also am inspired by creators like Hannah Stocking, King Bach, AdamW, Trevor Wallace, among others, who inspire me to create characters and become something else. I am now getting closer and closer in collabing with those creators myself which is pretty cool to see! I also am inspired to keep myself grounded and learn to tap into my emotions better to be my true authentic weird self by reading and listening to podcasts from Jay Shetty! He really helps you get emotional and ever since I started doing that, it’s been easier for me to let go of all the negative and do what I truly want to do.

Other: TikTok is my main platform right now