We had the good fortune of connecting with Alexander Stallings and we’ve shared our conversation below.

Hi Alexander, we’d love to hear about how you approach risk and risk-taking
You cannot be comfortable. When it comes to creative placemaking and showcasing black art and music in spaces where representation is not apparent, it is a risk to be in that space.

I view risk as an opportunity to change norms in my community by creating and curating something that hasn’t been seen or heard before. I may succeed, or I may have to go back to the drawing board. The fact that I took the risk is a win. I admit risks are hard. There is so much time, detail and money going into projects … and sometimes you don’t see the impact of the project, and you may never regain anything you sacrificed to make the project happen. You have to be okay with that.

I am slowly learning to welcome risks. Risk is a ruler of passion. It measures if the idea is worthwhile to me. Some of the best things in my life happened because I took the initiative to raise my hand and speak up… even when my heart was pounding a mile a minute and my mind was second guessing itself. You cannot enjoy the fruits of life and labor if you don’t take risks. 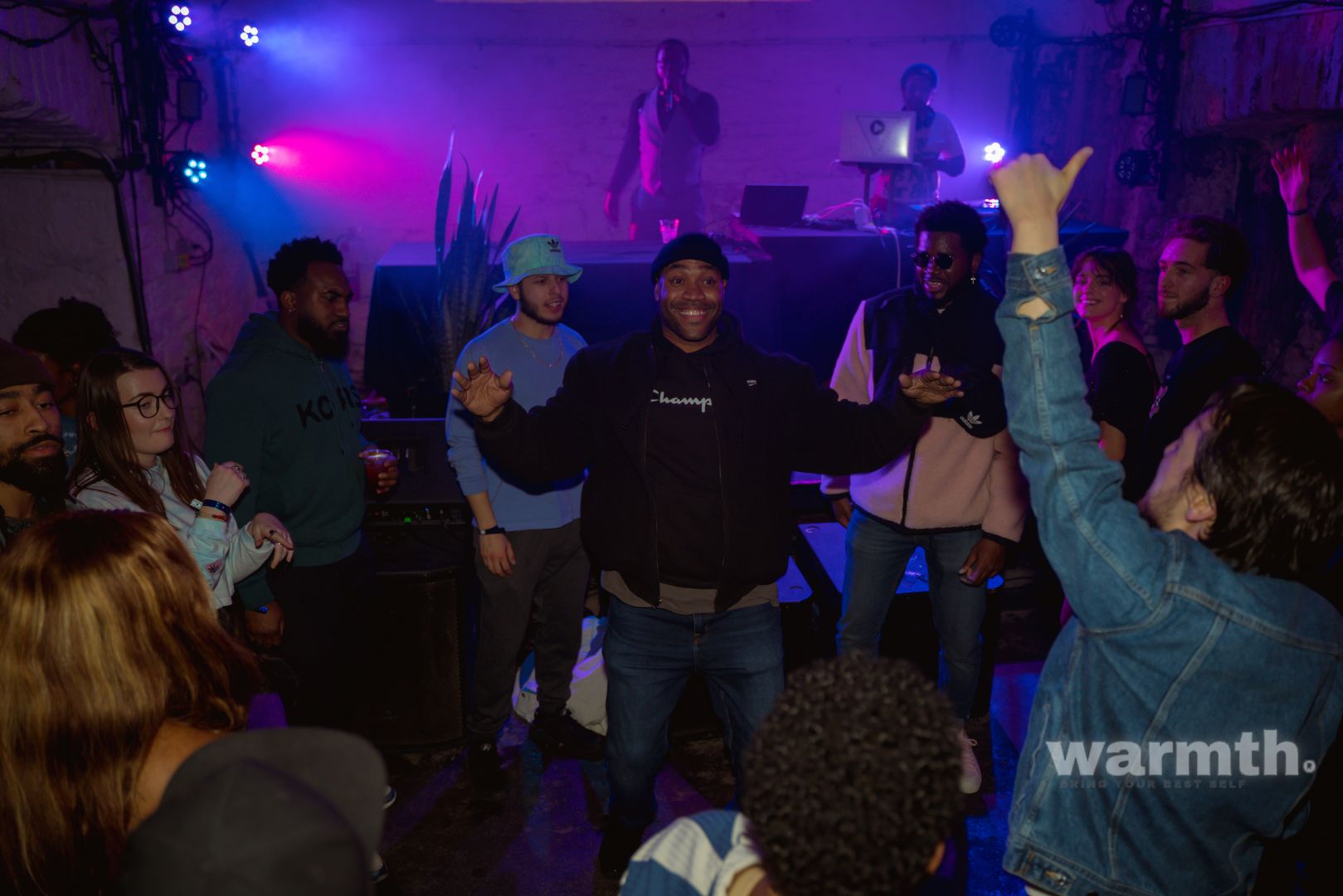 Let’s talk shop? Tell us more about your career, what can you share with our community?
I am creative place-maker. I want to tell you about Warmth; a music exploration series..

Warmth… well lets start at beginning of me and who I am as a curator and creative place-maker. we will get to Warmth later.

Connectedness. It is pivotal for me to connect people together. I realized the best way to do it is through curating spaces for people to enjoy themselves. Off Tha Block Mondays was an open mic I ran in Cincinnati. Running OTBM allowed me to meet and see artist in city… who is doing what, and what culture Cincinnati gravitates towards. My team ran the open mic for 3 years, and in those 3 years there was I saw a music scene sprout. Many beautiful things came out of OTBM; I met my bandmate Jay Hill and created our rap group Patterns of Chaos. National traveling acts like Cannibal Ox and The Pharcyde came through and were able to put on concerts that allowed Cincinnati based artists to open for them. Artist became aware of each other and started to collaborate with the intention to build something special. We had a scene.

I became frustrated doing the open mic. It was a good frustration… sort of like a growing pain. Frustration came from not being to able do what I wanted to do. The open mic was great for giving space to artists to share their art, but we lacked an audience that weren’t other artists. I had a yearn to create a event designated for having a party and showcasing artists. Patterns of Chaos was doing some cool things regionally and started meeting other performers in our city and in our region. Jay and I wanted to connect Cincinnati with some of our friends in the city and worldwide. We created No Cool Kids Allowed, a concert series and residency based around having a monthly block party where people could dance and listen to music that is not Top 40, while also allowing artist to perform their music. It encouraged Cincinnati natives who normally go to parties to take notice of artist. This started in 2019 and we are still going hard til this day.

NCKA was going well! We were being recognized in a big way for curating events that were allowing artist to showcase their music to people who were unaware of their music. It was definitely impactful to the city. while doing NCKA I became increasingly annoyed with toxic and destructive behavior. I witnessed women and people who identify as queer being on guard around abusive people. I noticed people of color dealing with racism and micro aggressions in spaces. I noticed artist being exploited for their art and couldn’t relax. These were my friends, and people who I have so much affinity and respect for. As I witnessed these atrocities happen I started to think of ways to make these situations better for marginalized groups who have to have their guards up in certain spaces to protect themselves and their energy. What was something that everyone of things wanted? 1. Acceptance 2. Freedom to be themselves 3. dance and feel great. They wanted WARMTH. I wanted WARMTH. When I first moved back to Cincinnati it is hard being accepted… I never wanted anyone to feel bad for who they are. WARMTH is born from that necessity. On the opposite side of that coin DJ’s felt like the couldn’t play the mixes and music they wanted to play. DJ’s aren’t jukeboxes!!! They are mood setters, and vibe makers… They are artist! Warmth allows DJ’s to get in their creative bag and wheelhouse and share their mixes with people and fellow artist who just want to dance and have fun. 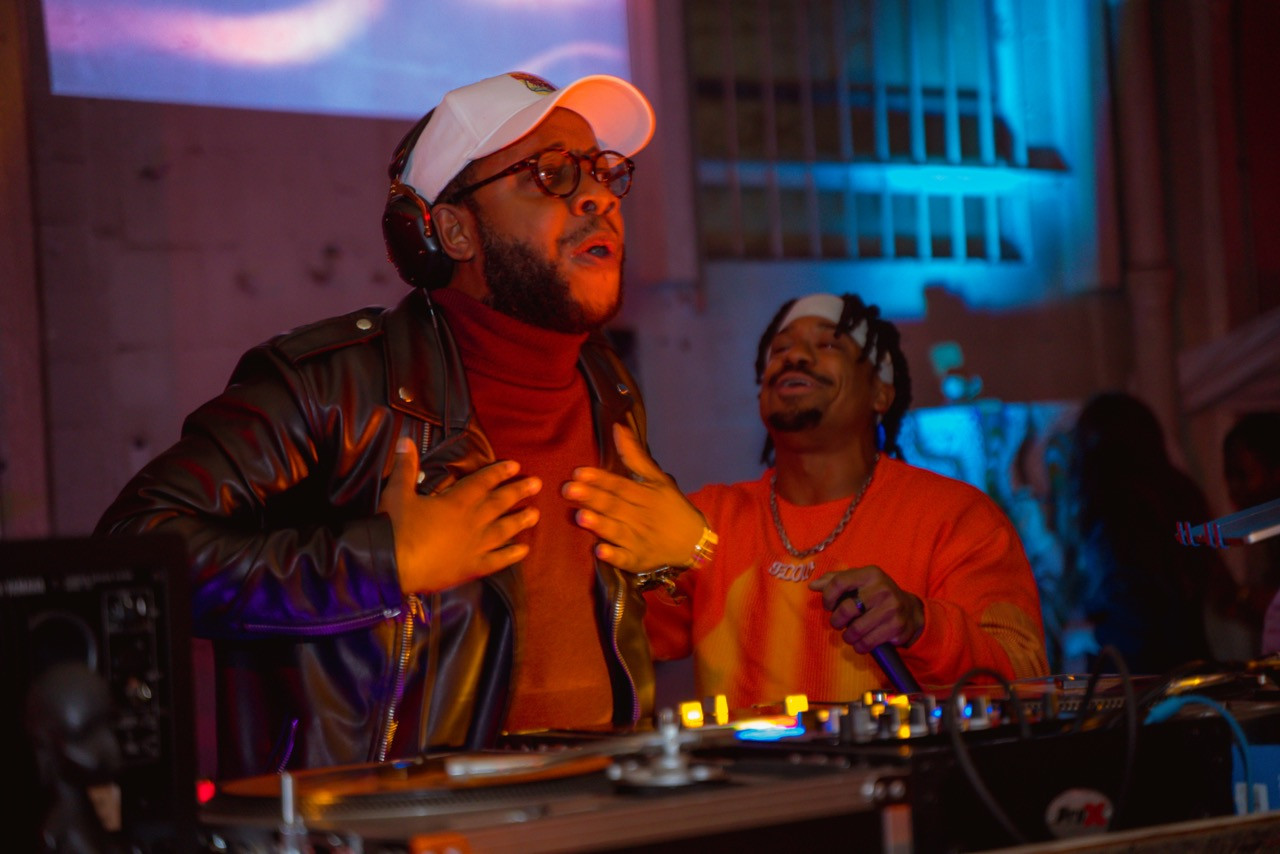 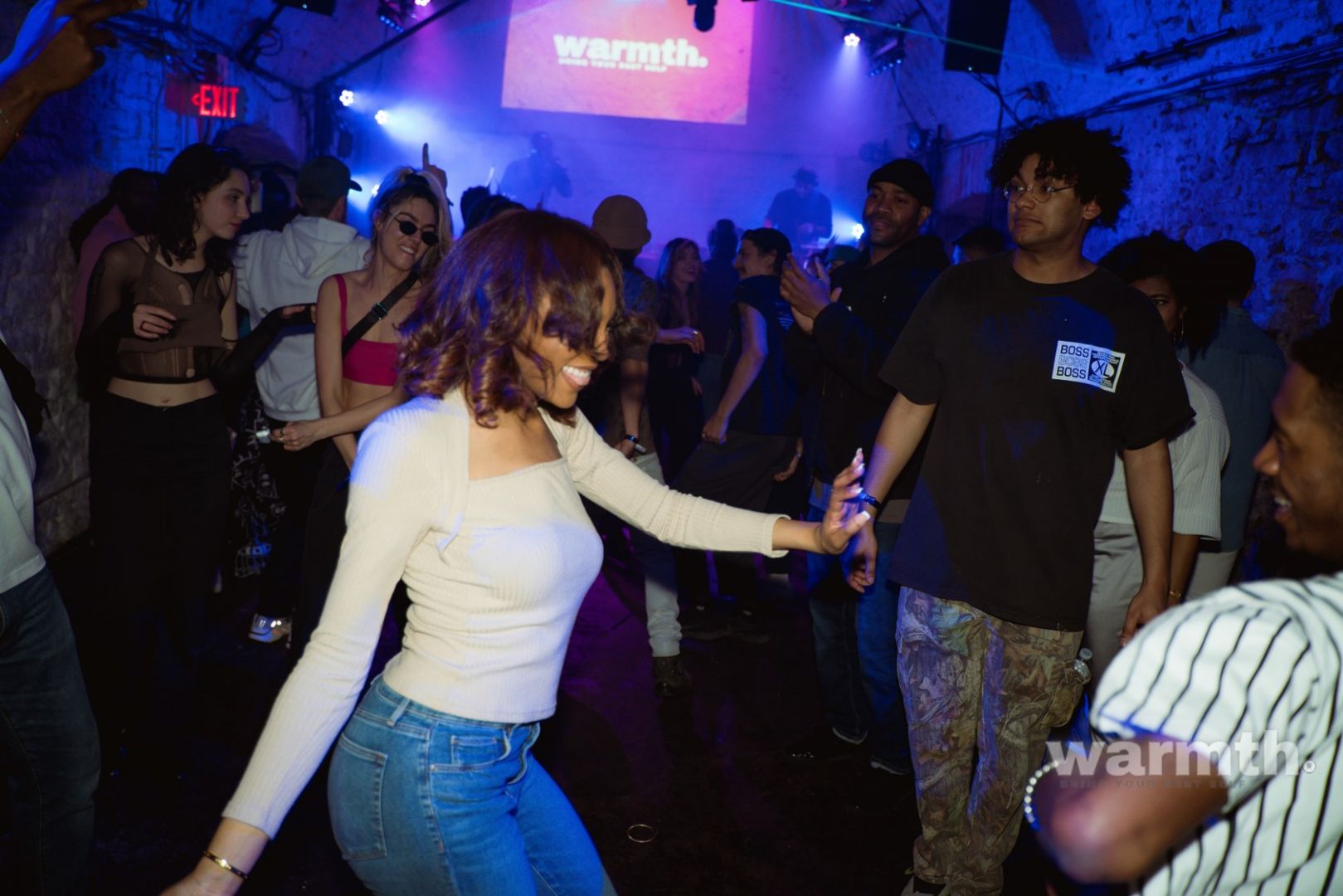 If you had a friend visiting you, what are some of the local spots you’d want to take them around to?
Monday we are chilling and having wing night with family and friends at our house.

Tuesday we are hitting up Bar Saeso and Patarojas for taco Tuesday at some point. Later that night we are stepping over to Somerset and watch upcoming artist at Siri Imani’s open mic.

Wednesday we getting a bagel at OTR Bagel at Findlay Market… while we at it lets pick up some fresh food from the market. Wine Wednesday later in the day at Revel OTR Urban Winery is good time.

Thursday is when I take you to my residency at Mecca OTR where yours truly curates the best Hip-Hop night in the city.

Friday let’s hit the town and get some food and drink. We have to go to Maize, a Venezuelan restaurant with some of the best Arepas and Mafongo around. Then we are hopping around to different bars (Lost & Found, Homemakers, and Longfellow are some really good ones)

Saturday lets get brunch at Boomtown whiskey and Biscuits!! the name says it all… you have to try the shrimp and grits! after brunch lets go Washington Park and get some fresh air while we hear echos of Cincinnati Pop Symphony playing at Cincinnati Music Hall. If we are lucky Druskii, Prymtime, Rah D or Kei$ha maybe djing somewhere. 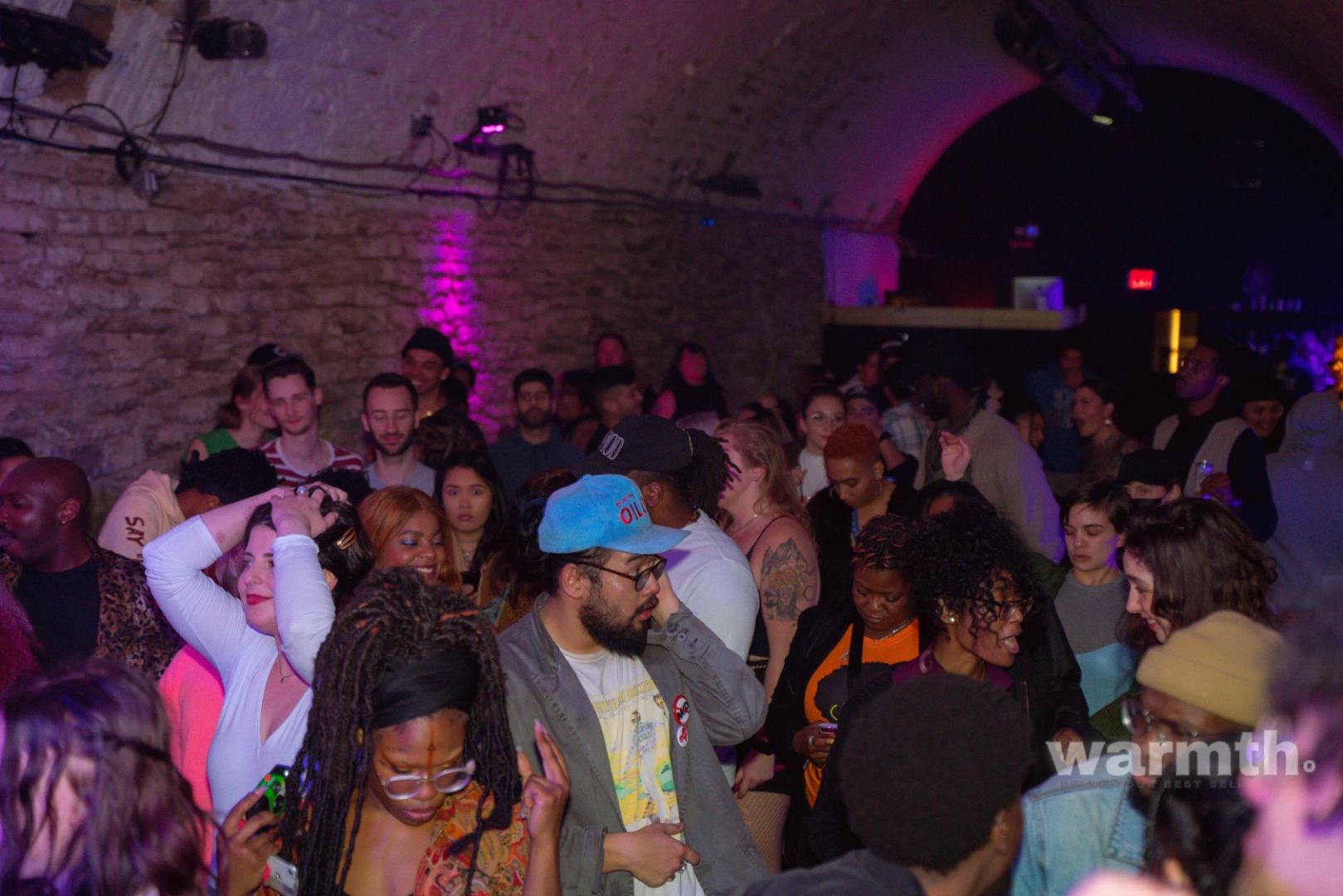 Who else deserves some credit and recognition?
I want to shout out my love and business partner Ciarra Jade Wooten our music exploration series Warmth wouldn’t be anything without her one-point and detailed organization and development. I love you baby.

I want to give a shout out to my main man Jay Hill. Him and I formed the rap duo Patterns of Chaos. A lot of potential things has been attribute to work him.

Elementz Hip-Hop Cultural Center. Thank you for giving me a stepping stone and foundation to find a voice, but also serve the community. 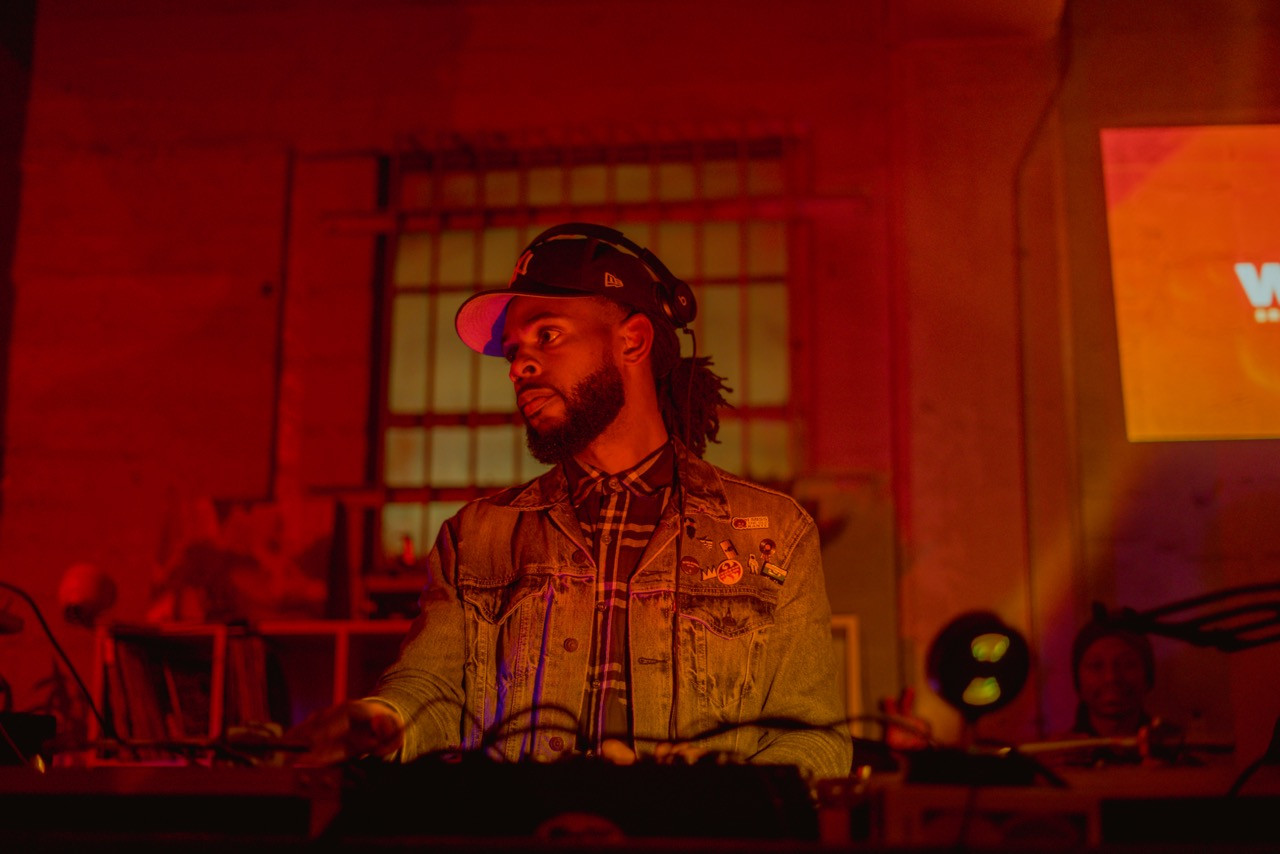 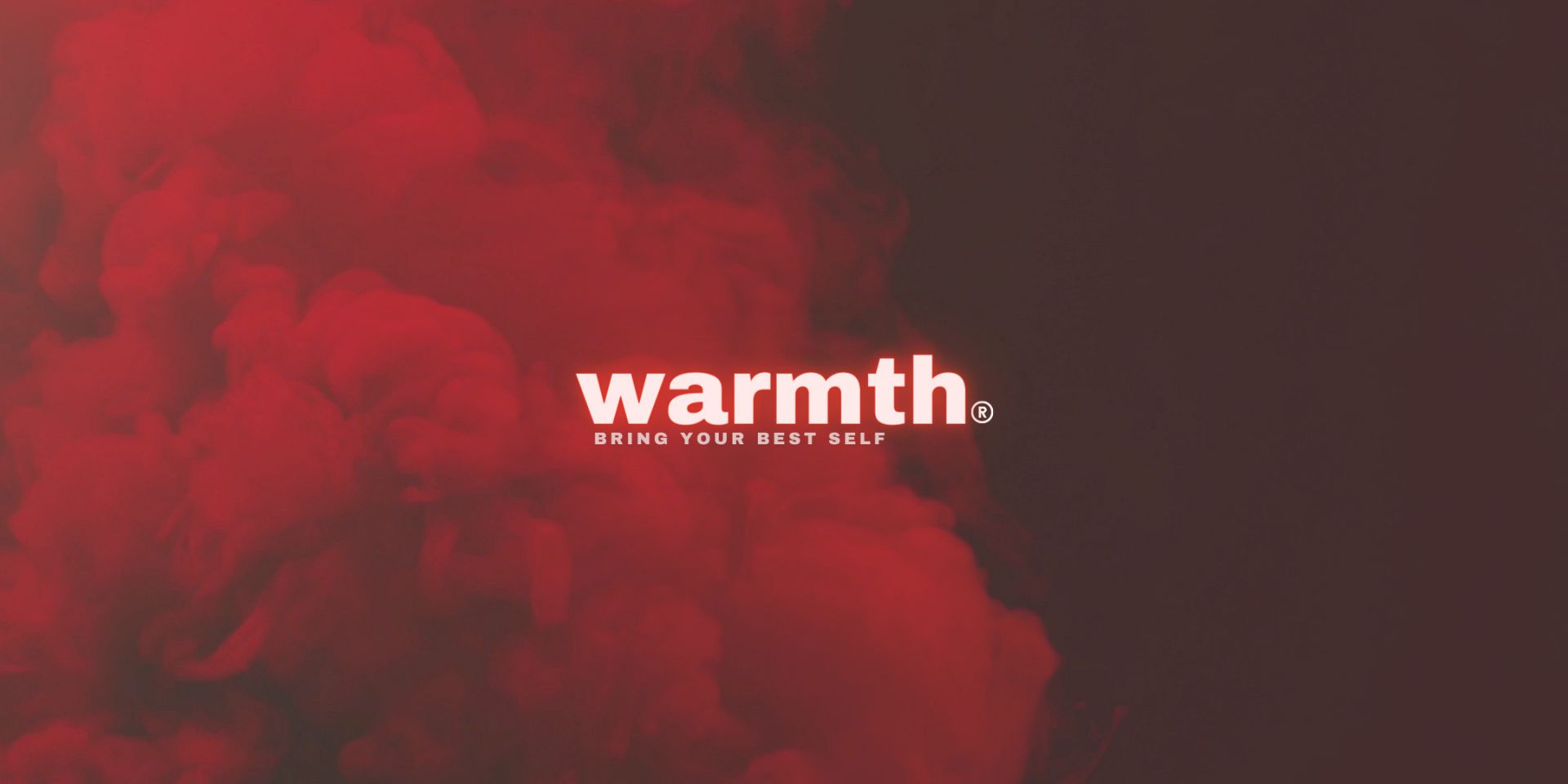